Wikipedia
Lake Geneva is a city in the U.S. state of Wisconsin. Located in Walworth County and situated on Geneva Lake, it is home to an estimated 8,105 people as of 2019, up from 7,651 at the 2010 census. It is located about 50 miles southwest of Milwaukee and 80 miles northwest of Chicago. Given its relative proximity to both the Chicago metropolitan and Milwaukee metropolitan areas, it has become a popular resort city that thrives on tourism. 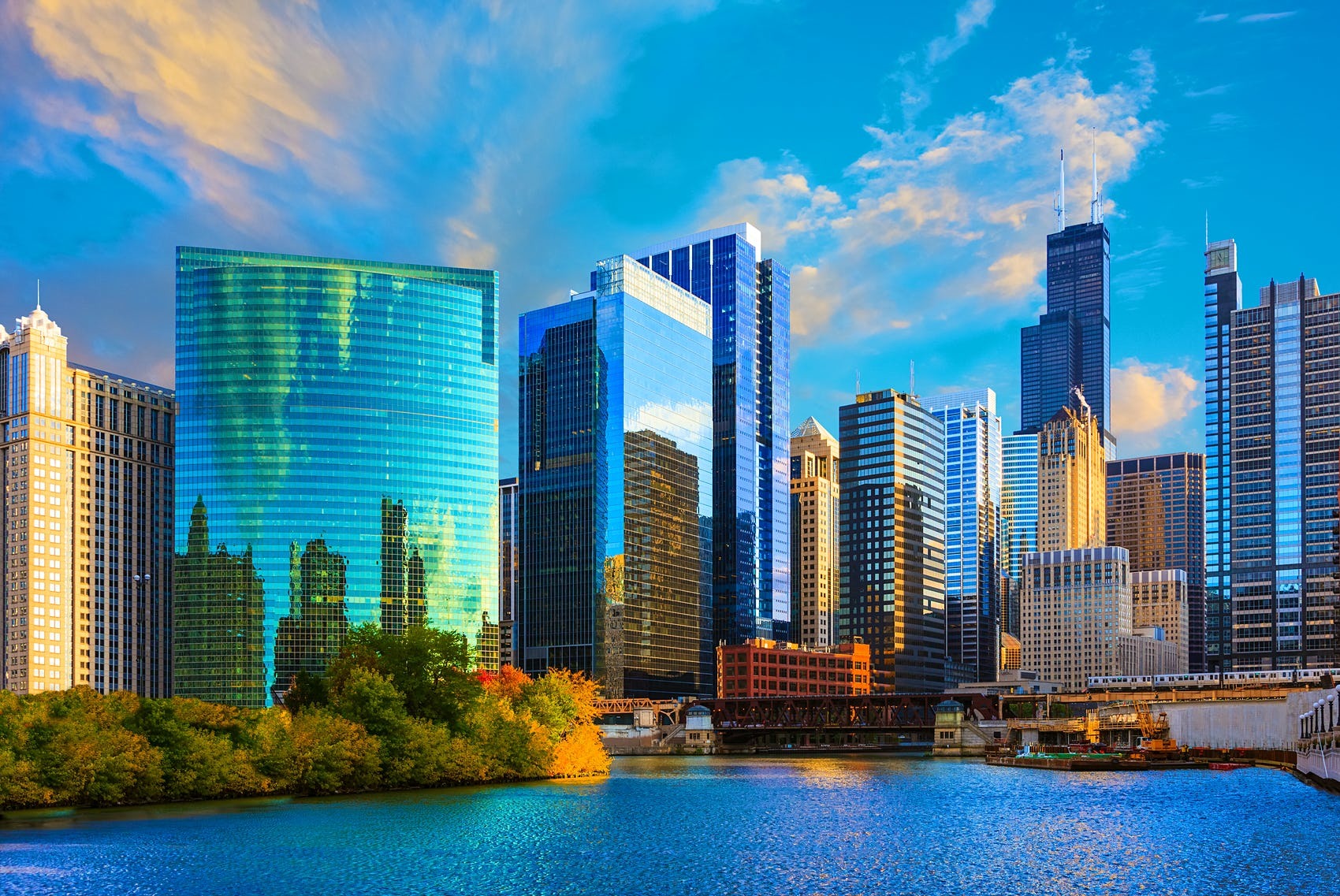 The 10 best day trips in the US Midwest

In the Midwest, you’ll find friendly small towns as well as urban sprawls. Roll call for the region's cities starts with Chicago, which unfurls what is arguably the country's mightiest skyline. In Cleveland, the best action is in its walkable neighborhoods. Detroit rocks, plain and simple. Day trips in this region have everything from parks and museums to architectural delights to breweries. Editor's note: Please check the latest travel restrictions before planning any trip and always follow government advice. Best day trips from Chicago Indiana Dunes National LakeshoreAt the southern tip of Lake Michigan, 15 miles of white-sand dunes and more than 50 miles of trails await outdoor adventurers. At Indiana Dunes National Lakeshore, you can swim, bike, fish, ski or hike, depending on the season – or camp overnight from April to October. Beaches fill up fast in the summer, so arrive early to pick the best spot. 1hr 10min by car. Lakefront walking path in Lake Geneva &copy;Sandy Swanson/Shutterstock Lake Geneva Shore Path, Wisconsin You’ll find something fascinating along just about any stretch of this nearly 26-mile path, which was originally forged to link Native American villages. It winds past excellent lake views, wooded stretches and beautiful estates. Strike out in either direction from Lake Geneva Library for the easiest route. 2hr by car. Windmill Island Gardens, Holland, MichiganGet a taste of Dutch life in delightfully kitschy Windmill Island Gardens. The top attraction in the aptly named town of Holland, this 36-acre park contains gardens, dykes, canals, picnic areas and, of course, a giant windmill imported from the Netherlands in 1964. In the spring, more than 100,000 blooming tulips draw admiring crowds to town. 2hr 20min by car. Illinois is a great base to explore Frank Lloyd Wright's designs &copy;Thomas Barrat/Shutterstock Racine, WisconsinArchitecture aficionados shouldn’t miss Racine, which is home to several notable Frank Lloyd Wright buildings. Manufacturer SC Johnson is based here, and its third-generation CEO commissioned Wright to build not only his home, Wingspread, but also the administration building and research tower for SC Johnson itself. 2hr 20min by car. See more day trips from Chicago. Best day trips from Detroit Henry Ford Museum & Greenfield Village, DearbornPlunge into American history. The indoor Henry Ford Museum contains a wealth of American culture, such as the chair Lincoln was sitting in when he was assassinated, the limo in which Kennedy was killed and the bus on which Rosa Parks refused to give up her seat. The adjacent outdoor Greenfield Village features Thomas Edison’s laboratory and the Wright Brothers’ airplane workshop. 30min by car. Frederik Meijer Gardens & Sculpture Park, Grand RapidsThe 158-acre gardens feature impressive blooms and hulking works by Auguste Rodin, Henry Moore and others. The sculpture park offers paths and lawns bejeweled with works by artists such as Ai Weiwei, Claes Oldenburg and Anish Kapoor. The five-story glass conservatory bursts with tropical plants. The children’s garden provides lots to smell, touch and dig into. The tranquil Japanese Garden is another highlight. 2hr 30min by car. Sample the craft beer at the breweries in Kalamazoo &copy;blizzard_77/Getty Images Breweries, KalamazooKalamazoo has an offbeat charm that will surprise first-time visitors. But it’s the local beer that has got people talking; over a dozen breweries produce a huge range of them. The leader is Bell’s Brewery, one of the top craft breweries in the country. 2hr 40min by train. See more day trips from Detroit. Best day trips from Cleveland Cuyahoga Valley National Park has several waterfalls and hiking trails &copy;fdastudillo/Getty Images Cuyahoga Valley National ParkLike a great, cold snake, the Cuyahoga River worms over a forested valley, earning its Native American name of "crooked river" (or possibly "place of the jawbone"). Either name is evocative, and hints at the mystical beauty that Cuhayoga Valley National Park engenders on a cool morning, when the mists thread the woods and all you hear is the honk of Canadian geese and the fwup-fwup-whoosh of a great blue heron flapping over its hunting grounds. 30min by car. Fast action thrills of a roller coaster ride at Cedar Point &copy;AWelshLad/Getty Images Cedar Point, SanduskyCedar Point on Lake Erie is one of the world’s top amusement parks, known for its 17 adrenaline-pumping roller coasters. Stomach-droppers include the Top Thrill Dragster, among the globe’s tallest and fastest rides. It climbs 420ft into the air before plunging and whipping around at 120mph. The Valravn is the world’s longest ‘dive’ coaster, dropping riders at a 90-degree angle for 214ft. Check the park’s opening times before planning a visit. 1hr by car. Topiary Park, ColumbusIf you’ve ever thought, "I wonder what Georges Seurat’s post-impressionist masterpiece A Sunday Afternoon on the Island of La Grande Jatte would look like made out of yew trees," this park is for you. A local sculptor and his green-thumb wife created the Topiary Park some 30 years ago to brighten a neglected patch of downtown. Today you can wander around seven acres and admire the 54 people, eight boats, three dogs, monkey and cat carved from shrubs to resemble Seurat’s famous painting. 2hr by car.

Walworth County is a county located in the U.S. state of Wisconsin. As of the 2010 census, the population was 102,228. Its county seat is Elkhorn. The county was created in 1836 from Wisconsin Territory and organized in 1839. It is named for Reuben H. Walworth. Walworth County comprises the Whitewater-Elkhorn, WI Micropolitan Statistical Area and is included in the Milwaukee-Racine-Waukesha, WI Combined Statistical Area. Lake Geneva, the University of Wisconsin-Whitewater, and Alpine Valley Resort, and Music Theatre are located in Walworth County. 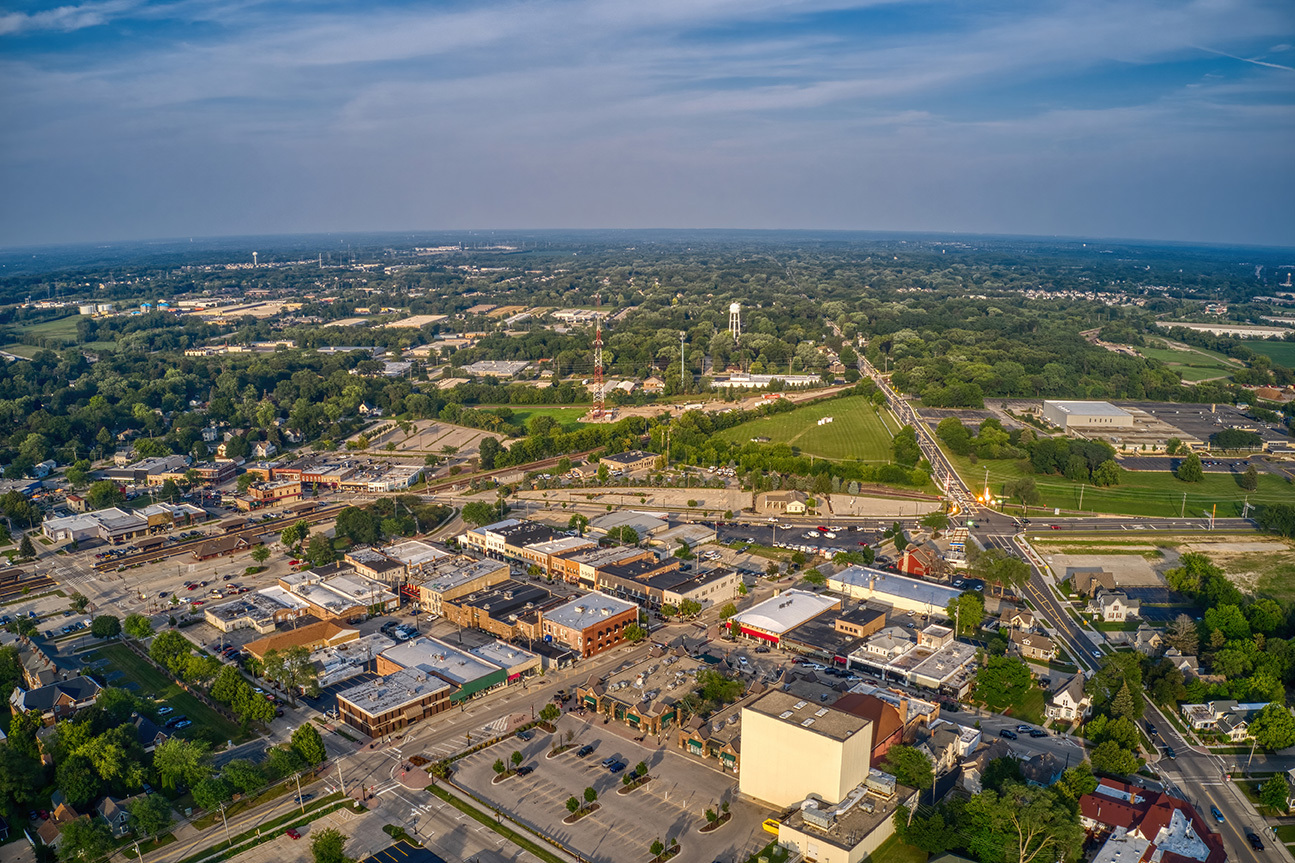 McHenry County is a county located in the U.S. state of Illinois. According to the 2020 Census, it had a population of 310,229, making it the sixth-most populous county in Illinois. Its county seat is Woodstock. McHenry County is one of the five collar counties of the Chicago-Naperville-Elgin, IL-IN-WI Metropolitan Statistical Area. Long known as a center of recreation along with agriculture in the western portion, it has more recently experienced rapid rates of suburbanization, exurbanization and urbanization, but the western portions of the county remain primarily agricultural and rural. 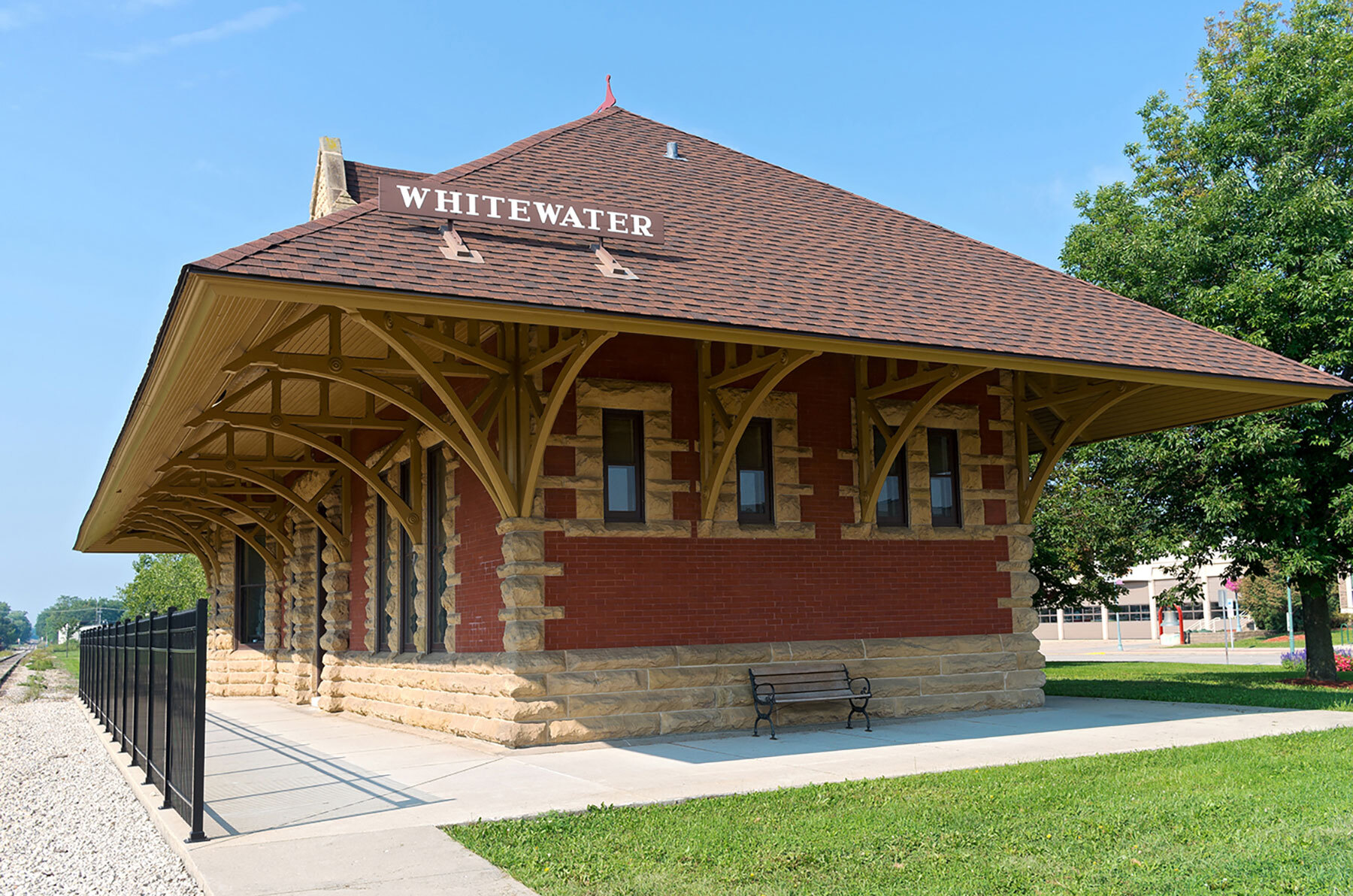 Whitewater is a city located in Walworth and Jefferson counties in the U.S. state of Wisconsin. Located near the southern portion of the Kettle Moraine State Forest, Whitewater is the home of the University of Wisconsin–Whitewater. As of the 2010 census, the city's population was 14,390, which includes 11,150 in Walworth County and 3,240 in Jefferson County.