Wikipedia
Mazomanie is a village in Dane County, Wisconsin, United States. The population was 1,652 at the 2010 census. The village is located within the Town of Mazomanie. It is part of the Madison Metropolitan Statistical Area. 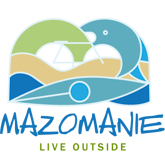 Find more things to do, itinerary ideas, updated news and events, and plan your perfect trip to Mazomanie
ADVERTISEMENT

The Wisconsin Heights Battlefield is an area in Dane County, Wisconsin where the penultimate battle of the 1832 Black Hawk War occurred. The conflict was fought between the Illinois and Michigan Territory militias and Sauk chief Black Hawk and his band of warriors, who were fleeing their homeland following the Fox Wars. The Wisconsin Heights Battlefield is the only intact battle site from the Indian Wars in the U.S. Midwest. Today, the battlefield is managed and preserved by the state of Wisconsin as part of the Lower Wisconsin State Riverway. In 2002, it was listed on the U.S. National Register of Historic Places.

Spring Green is a village in Sauk County, Wisconsin, United States. The population was 1,628 at the 2010 census. The village is located within the Town of Spring Green.