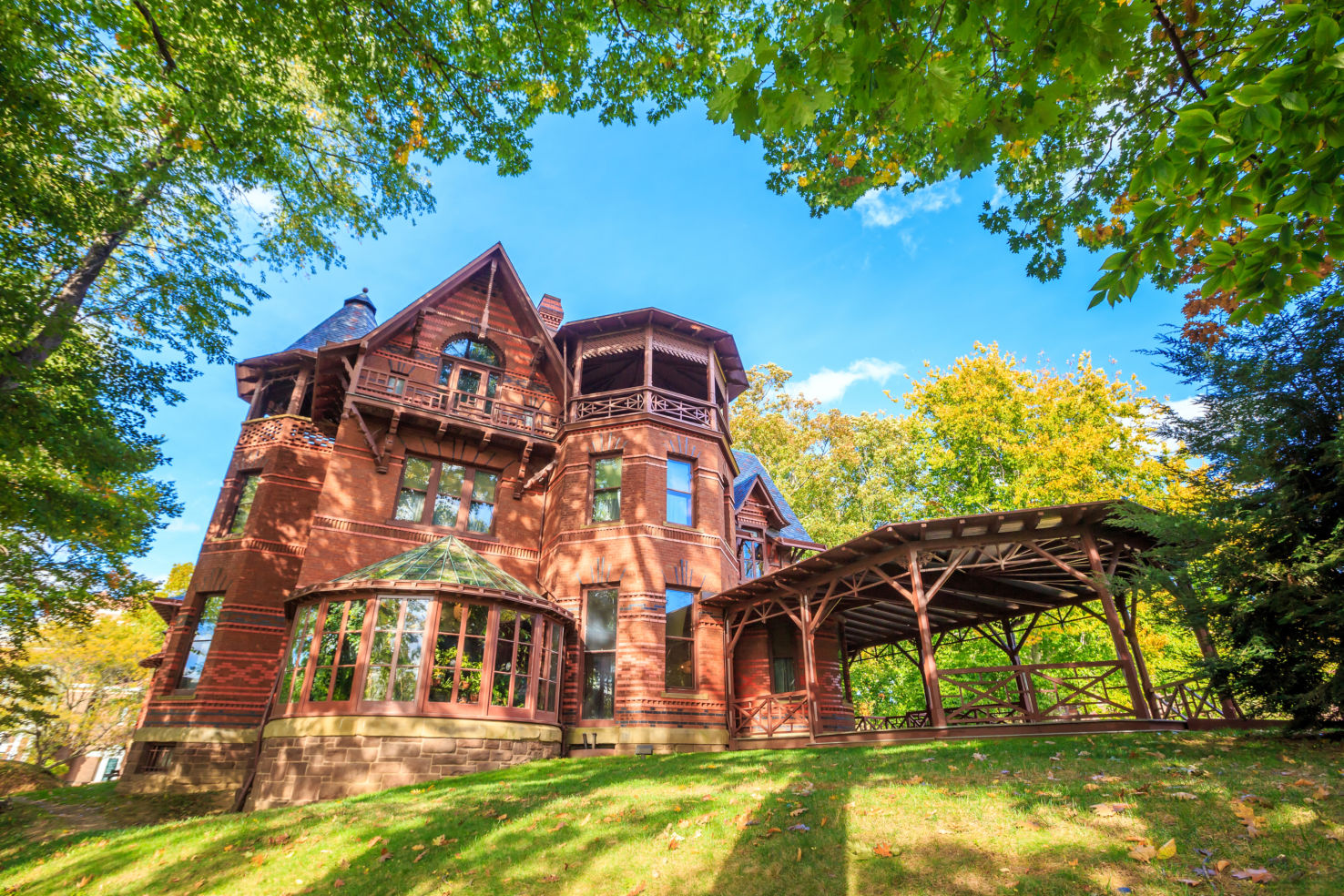 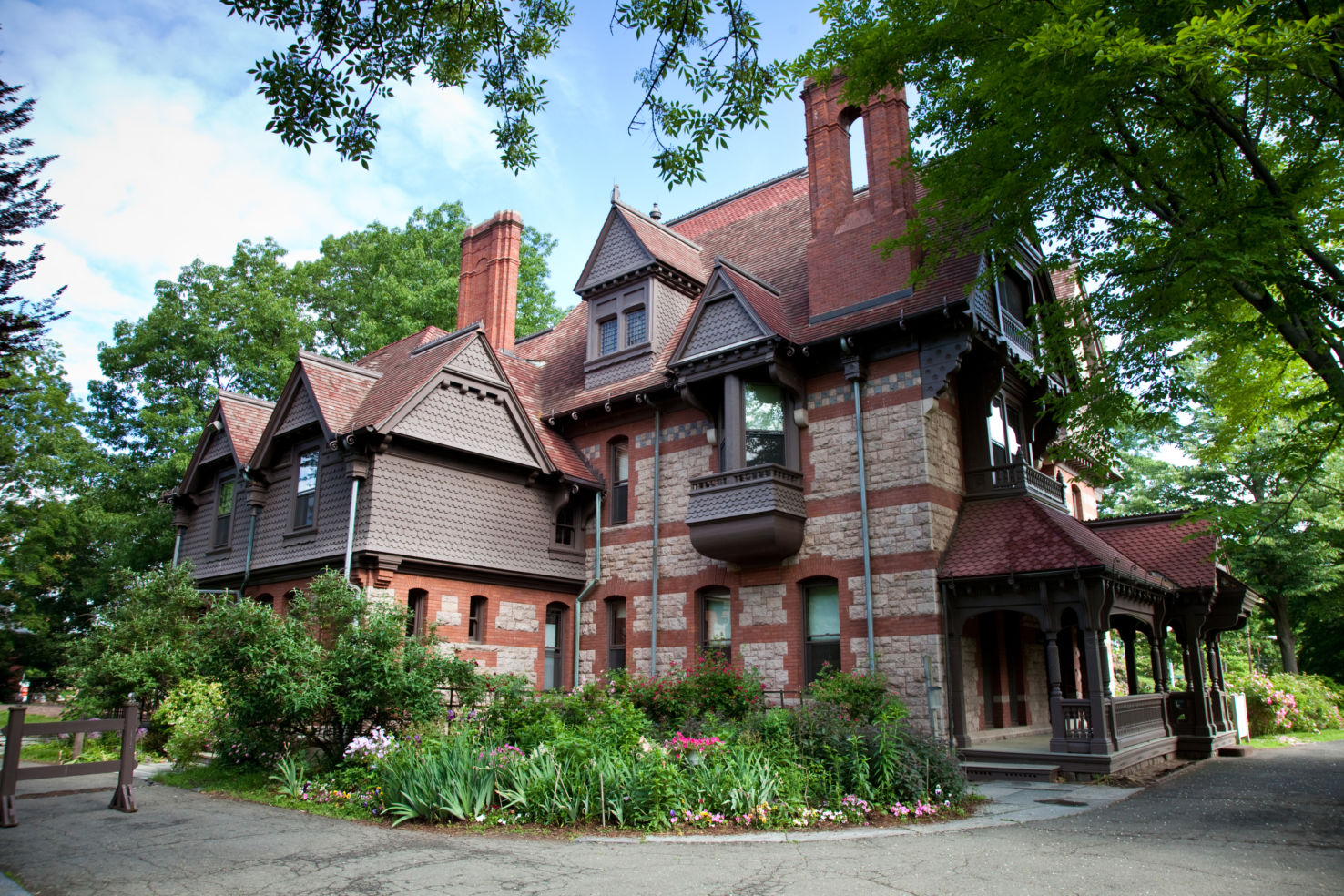 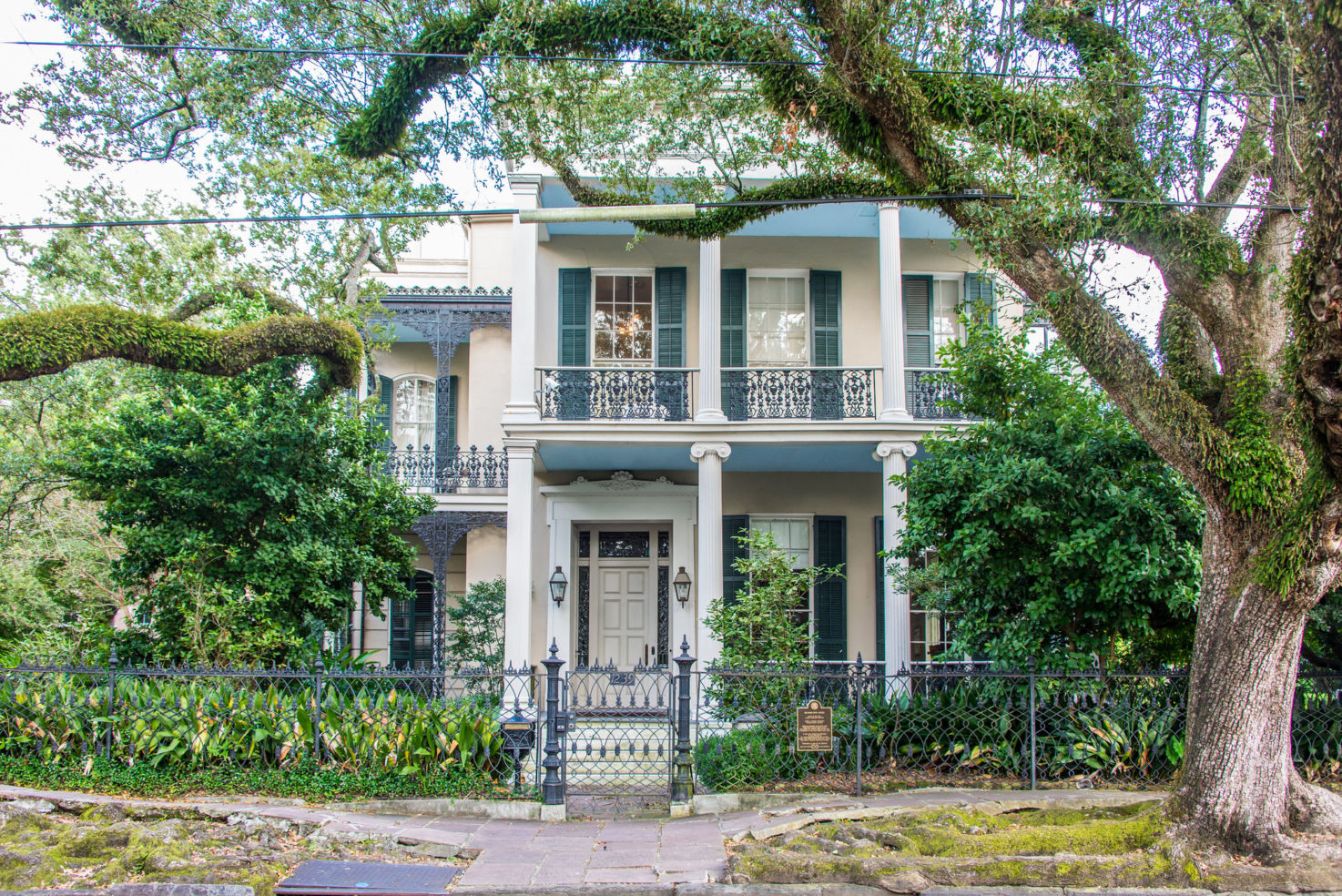 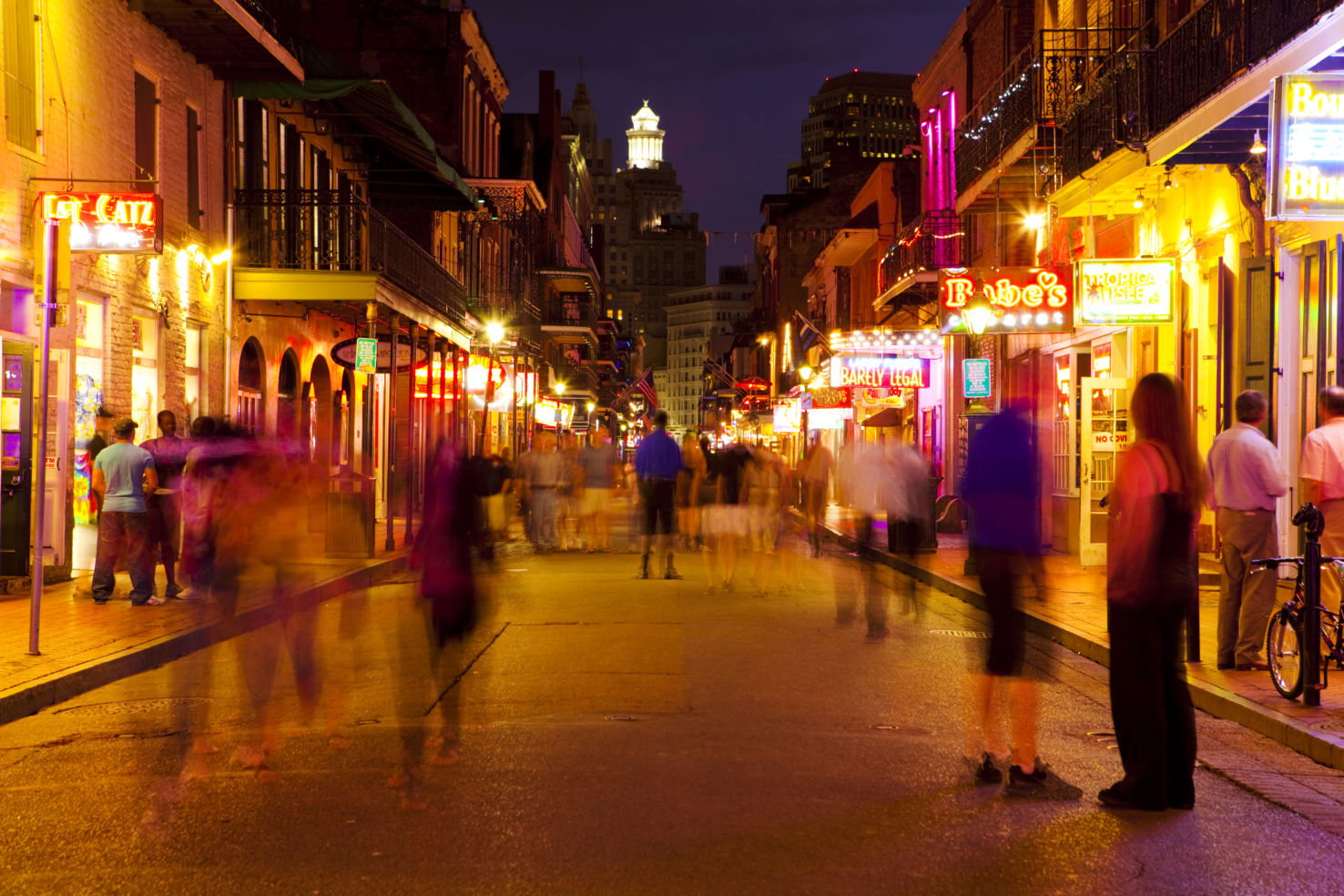 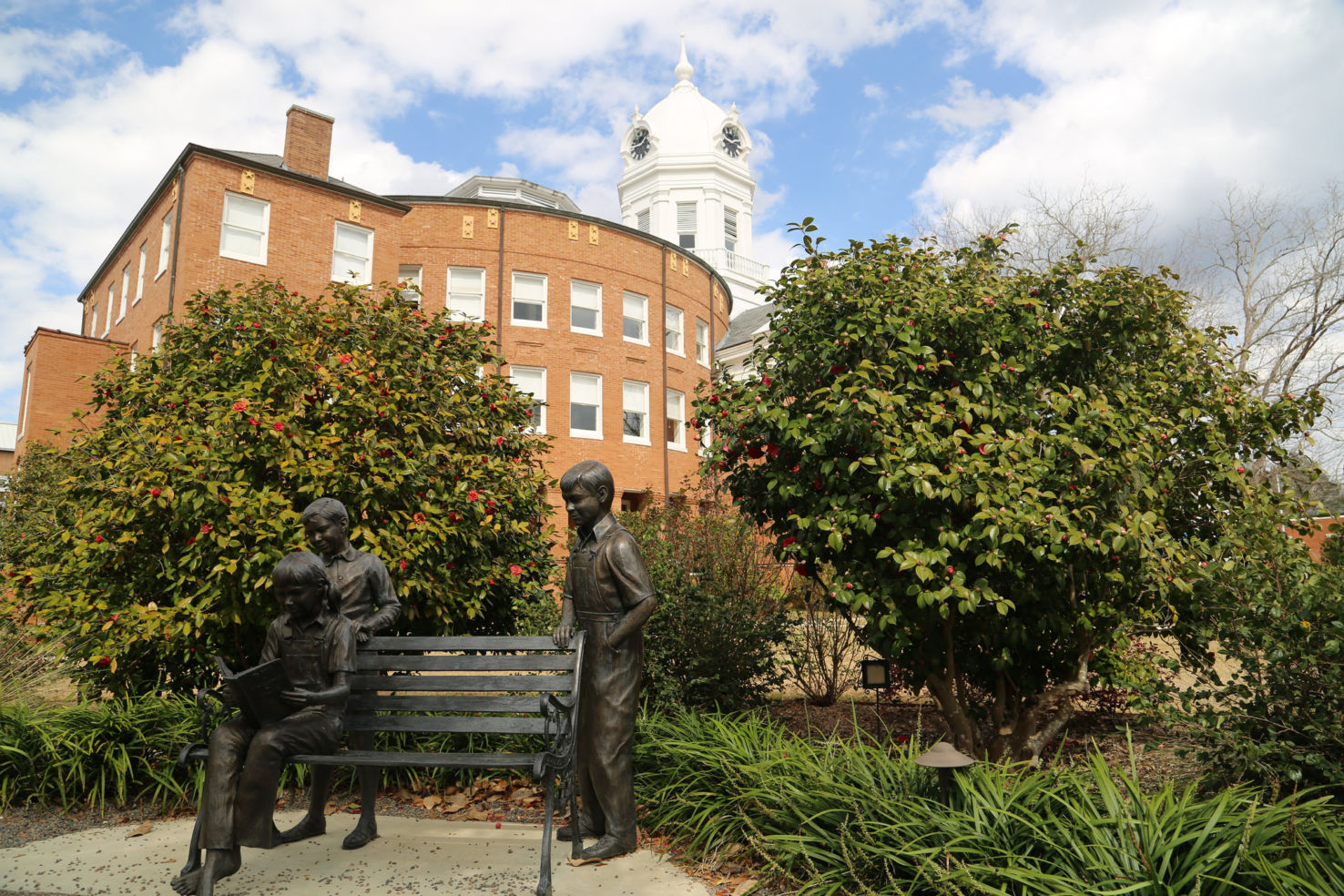 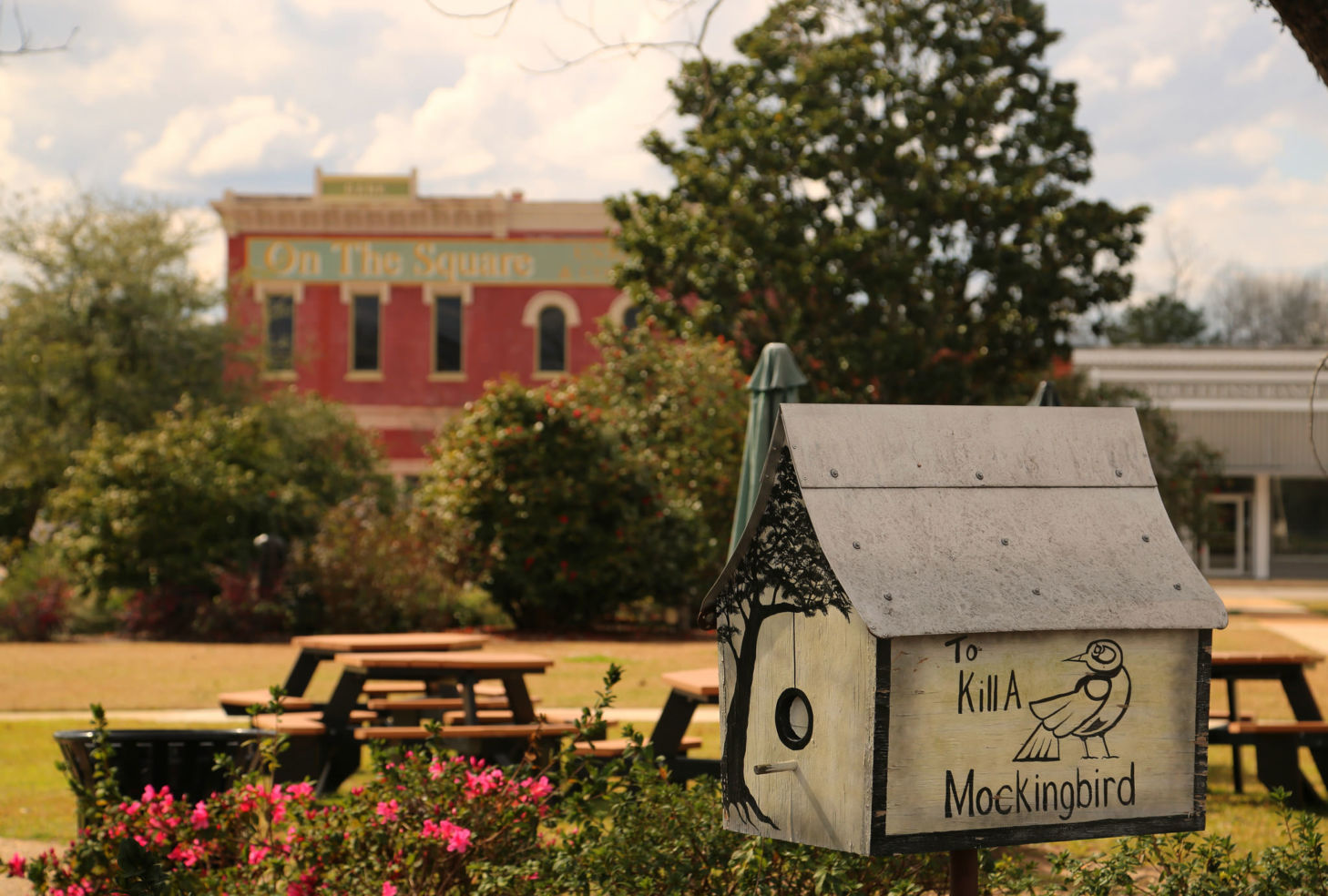 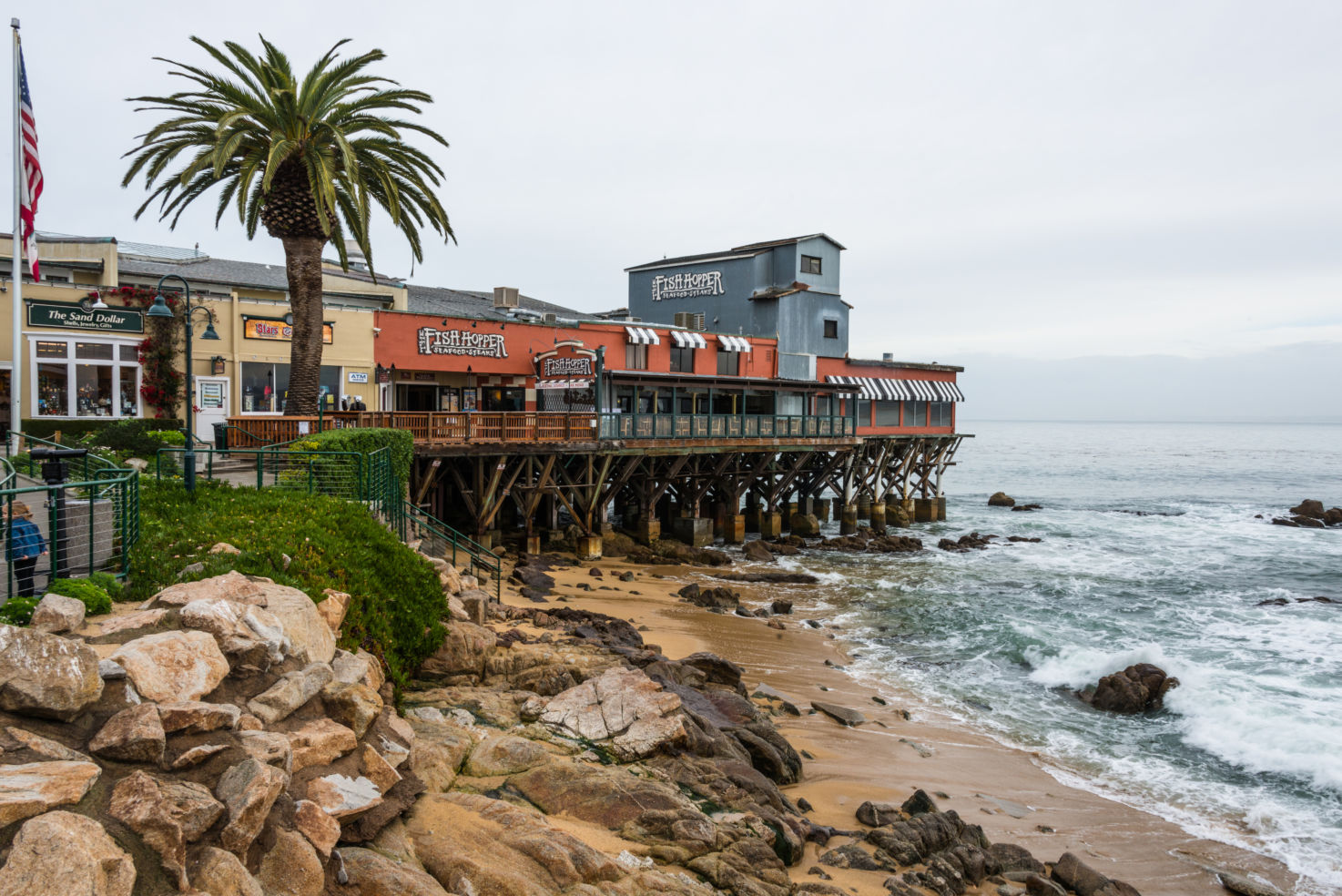 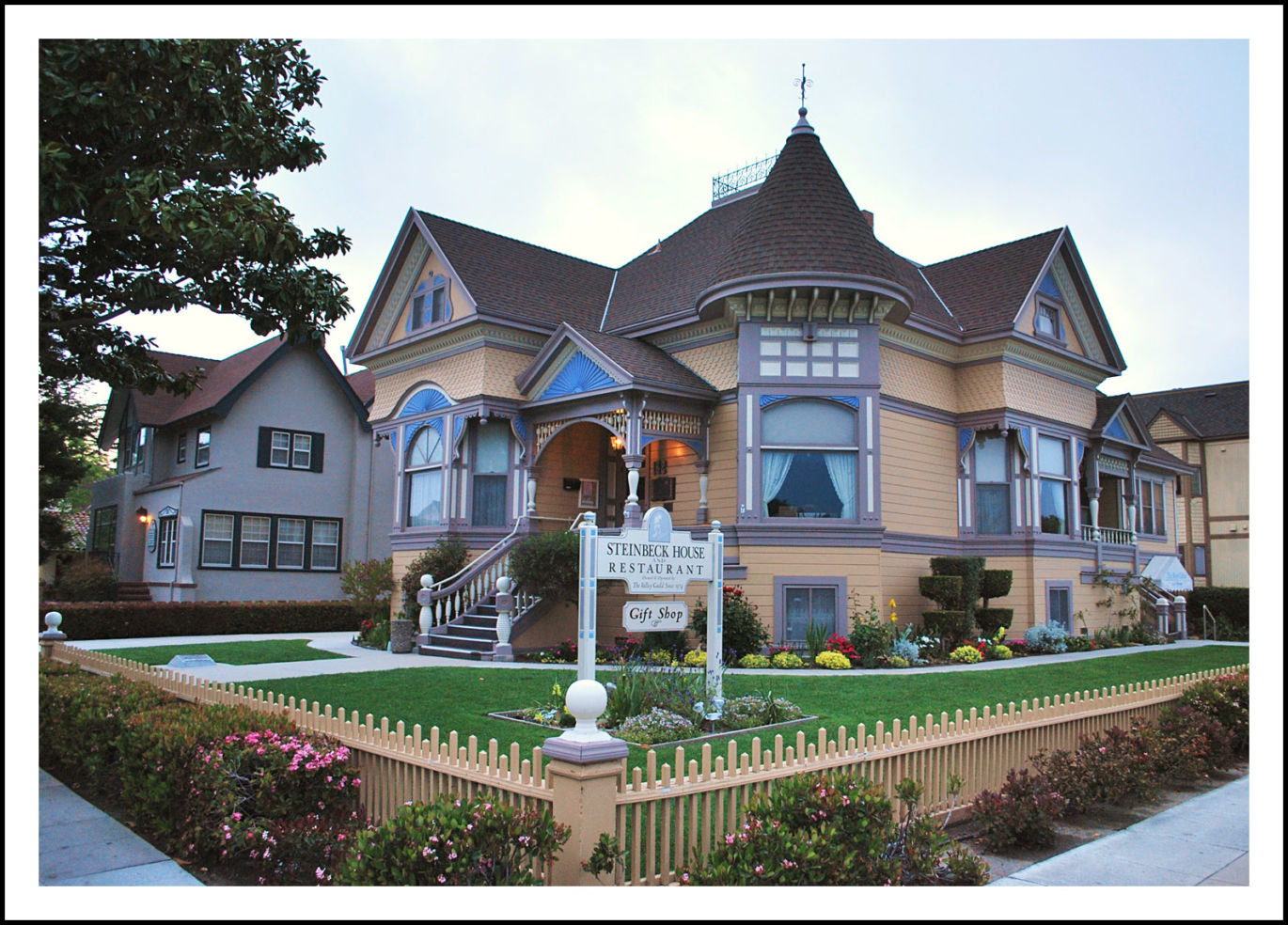 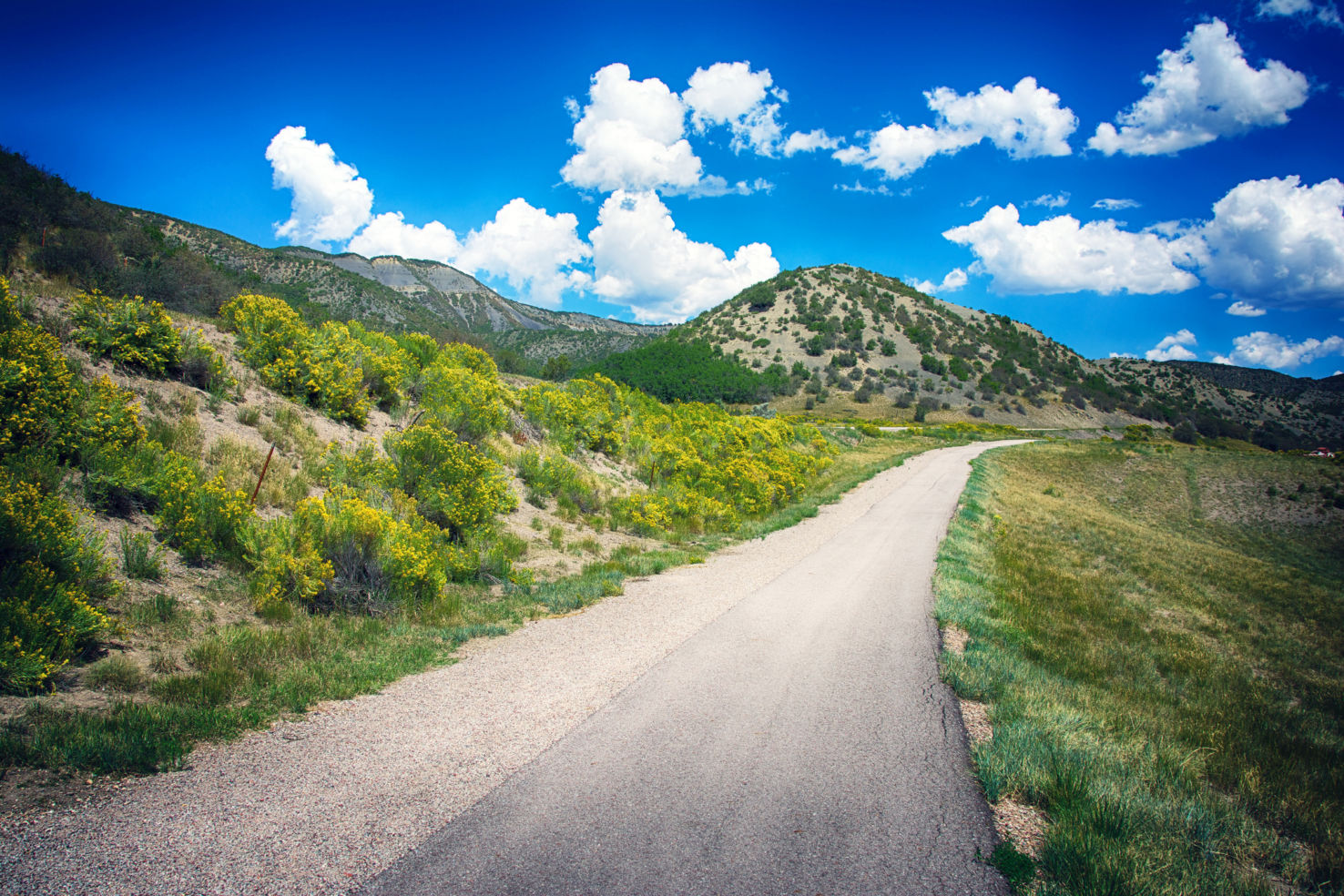 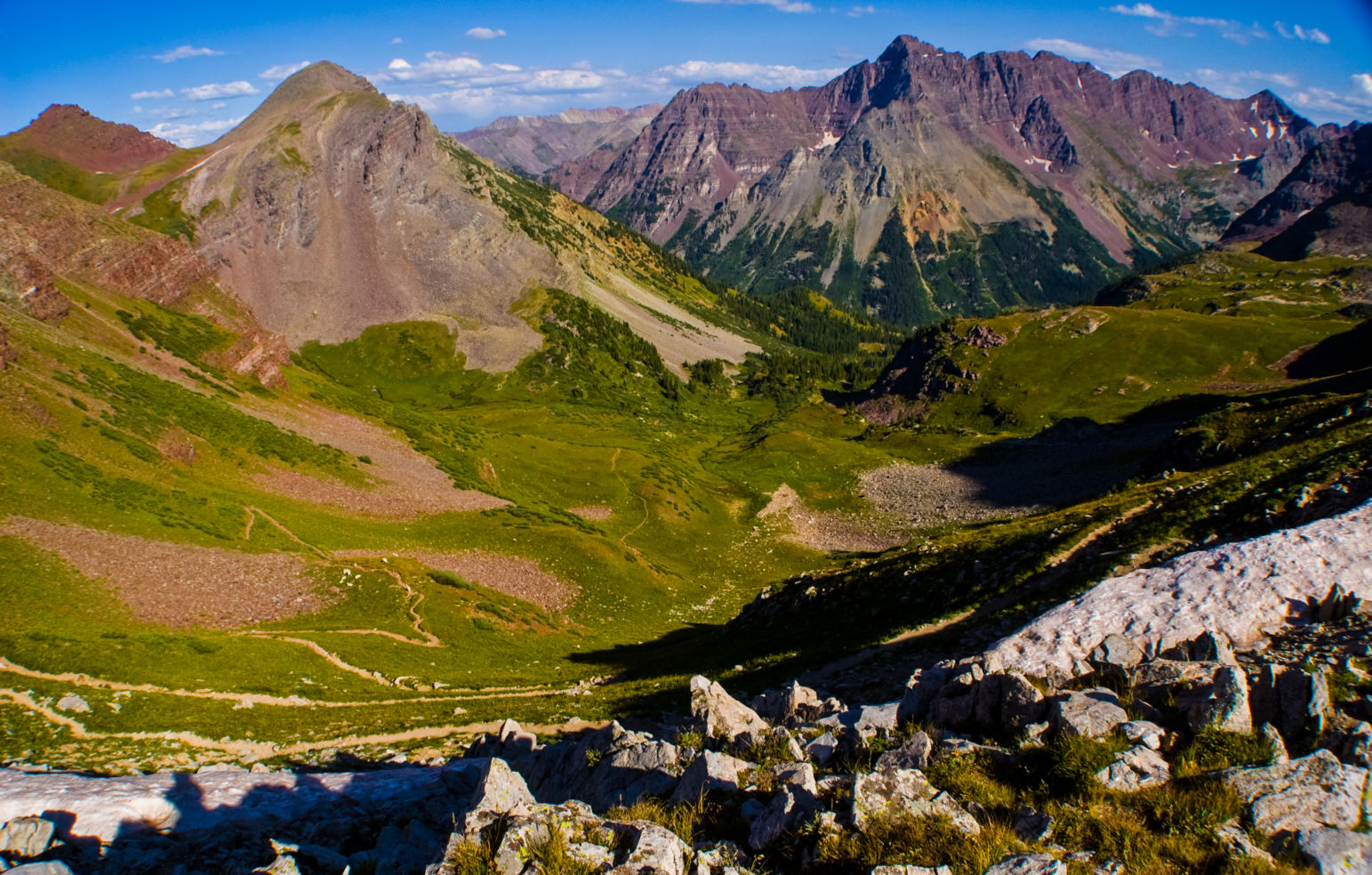 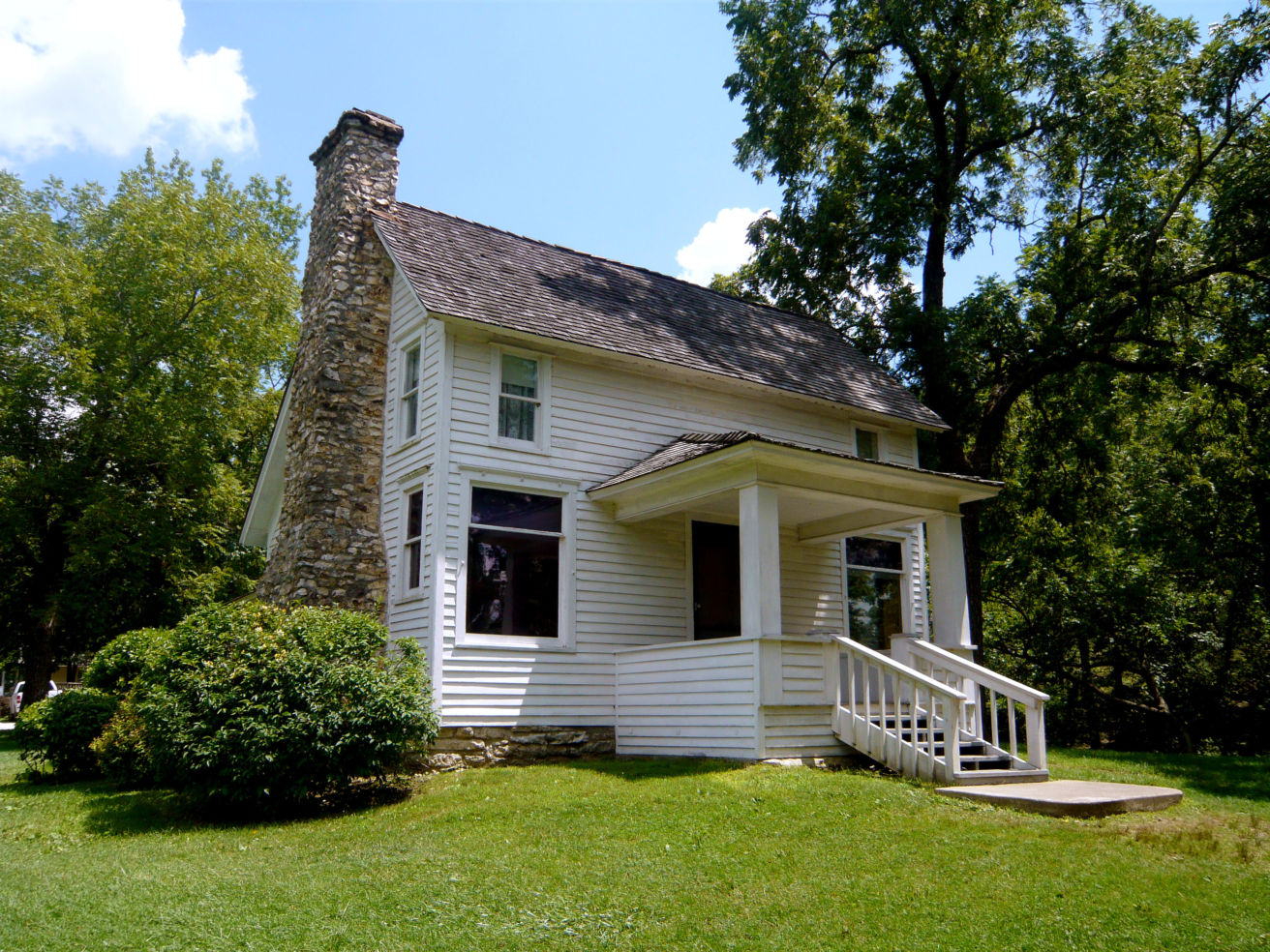 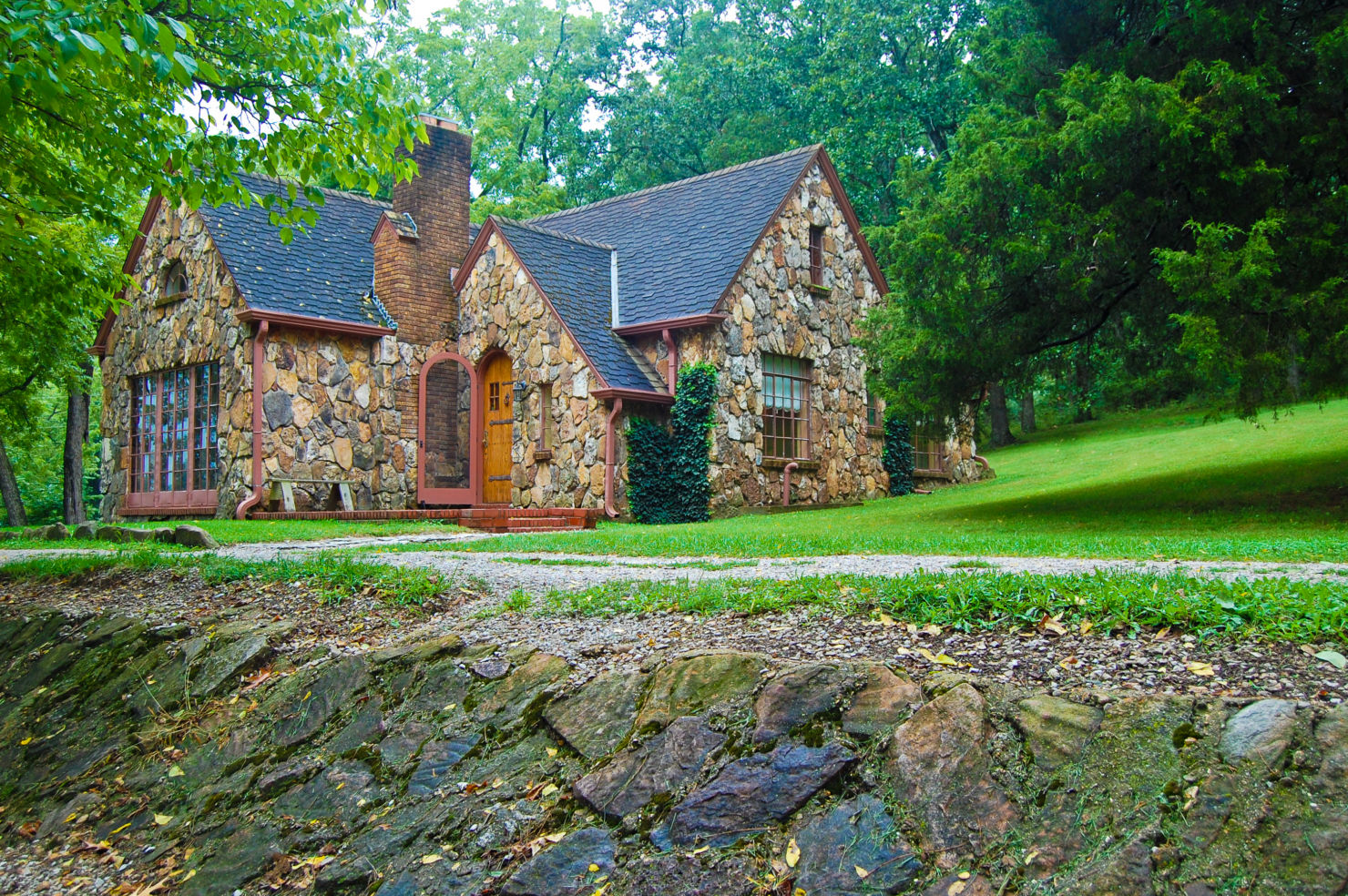 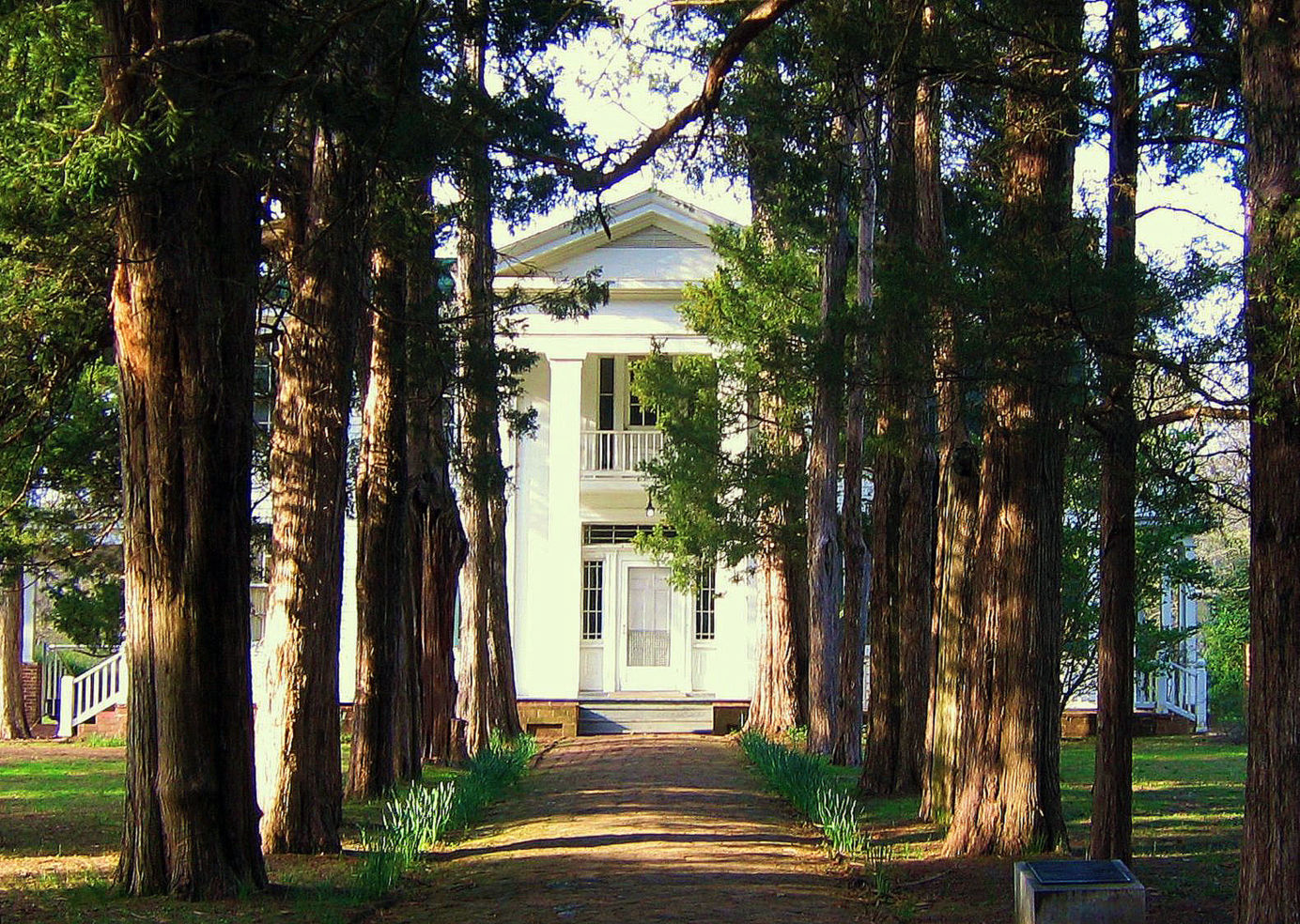 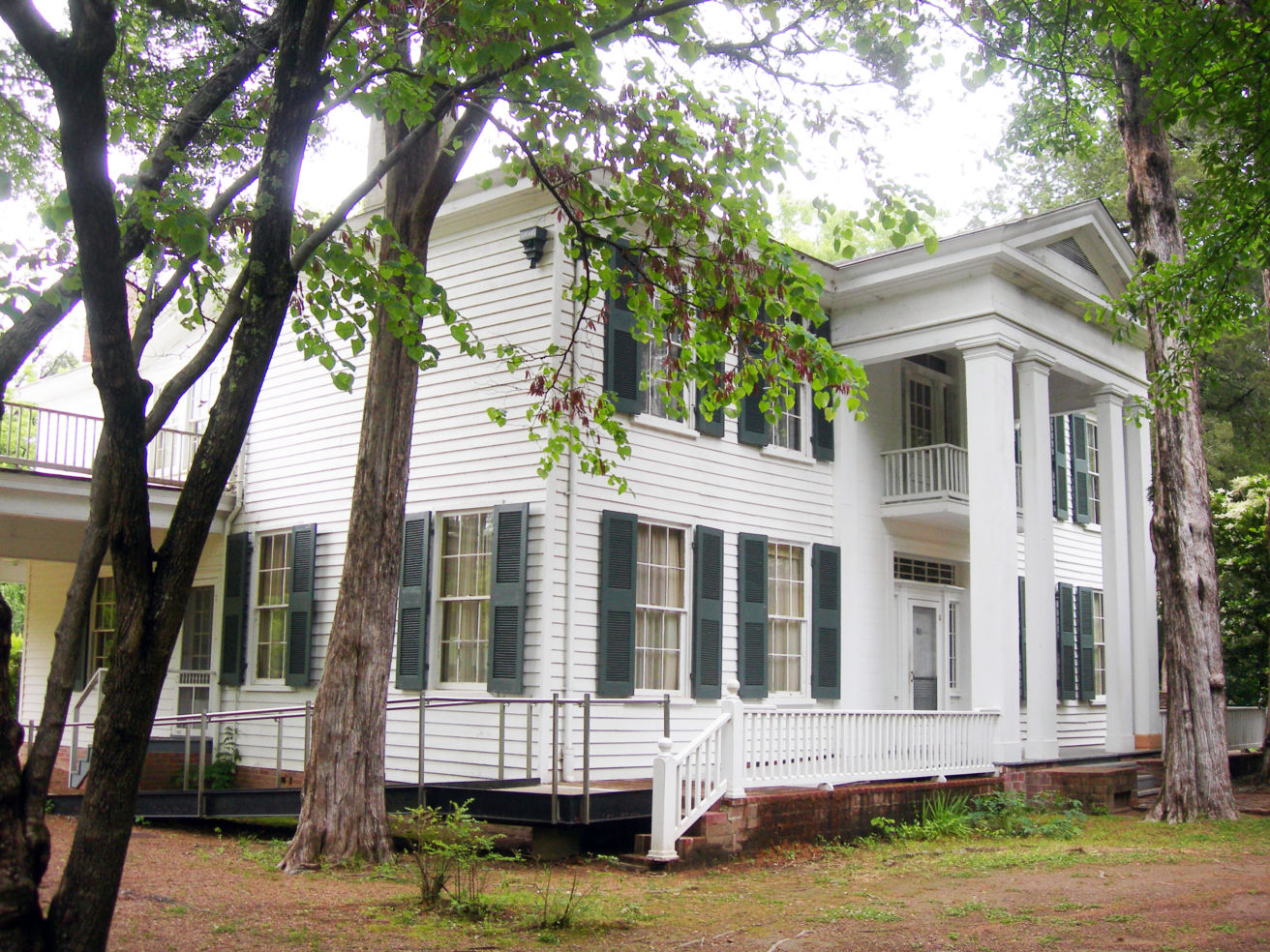 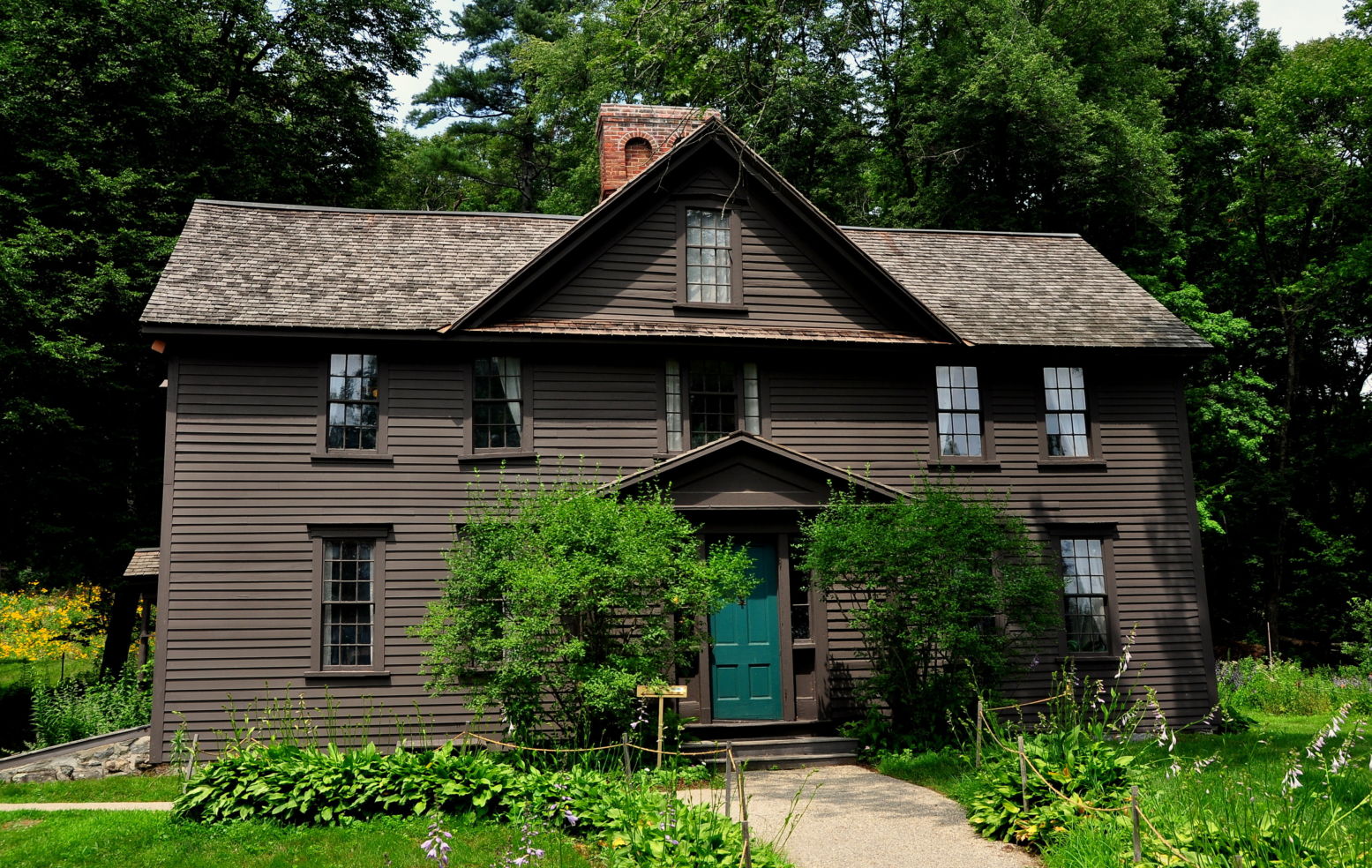 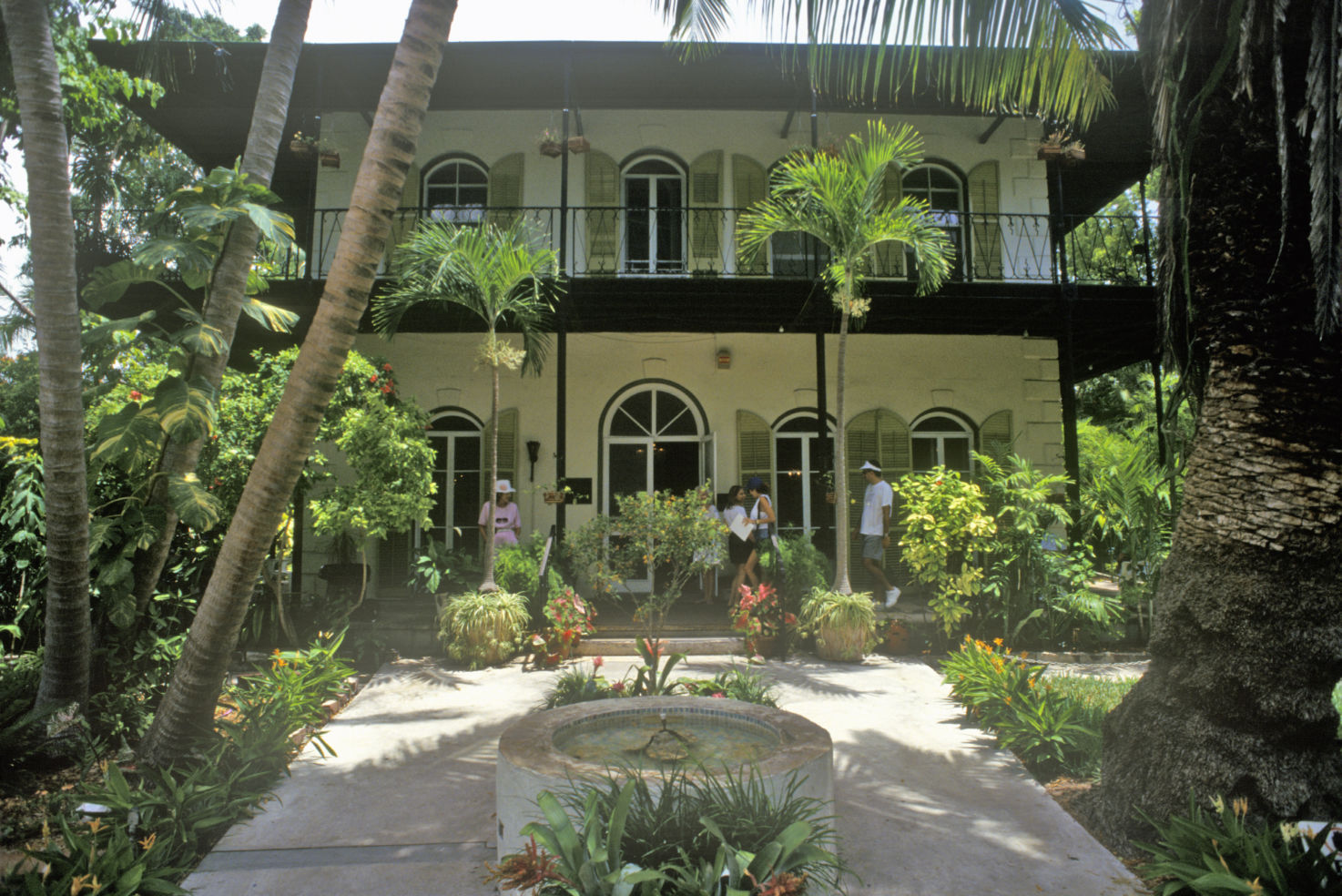 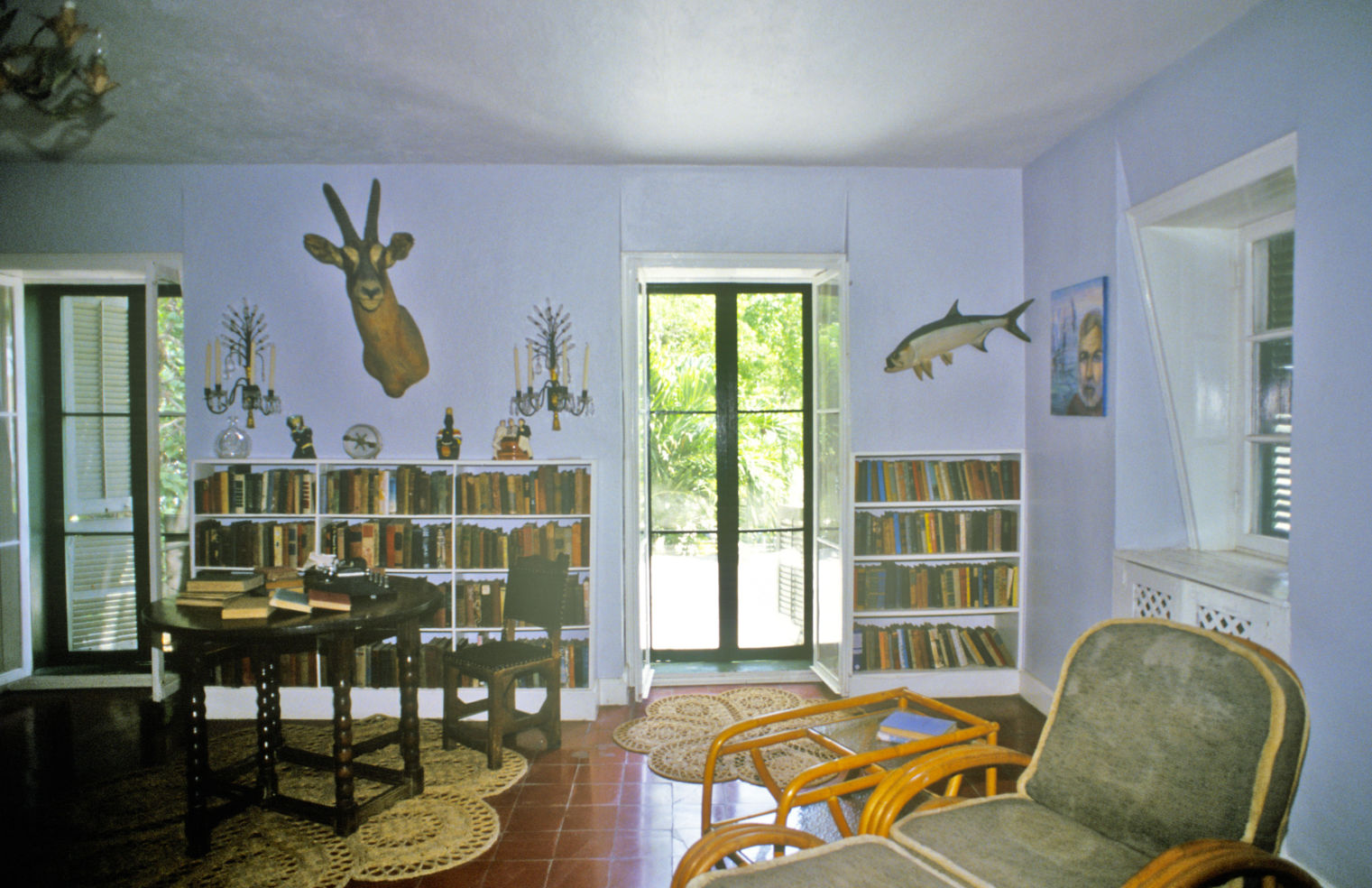 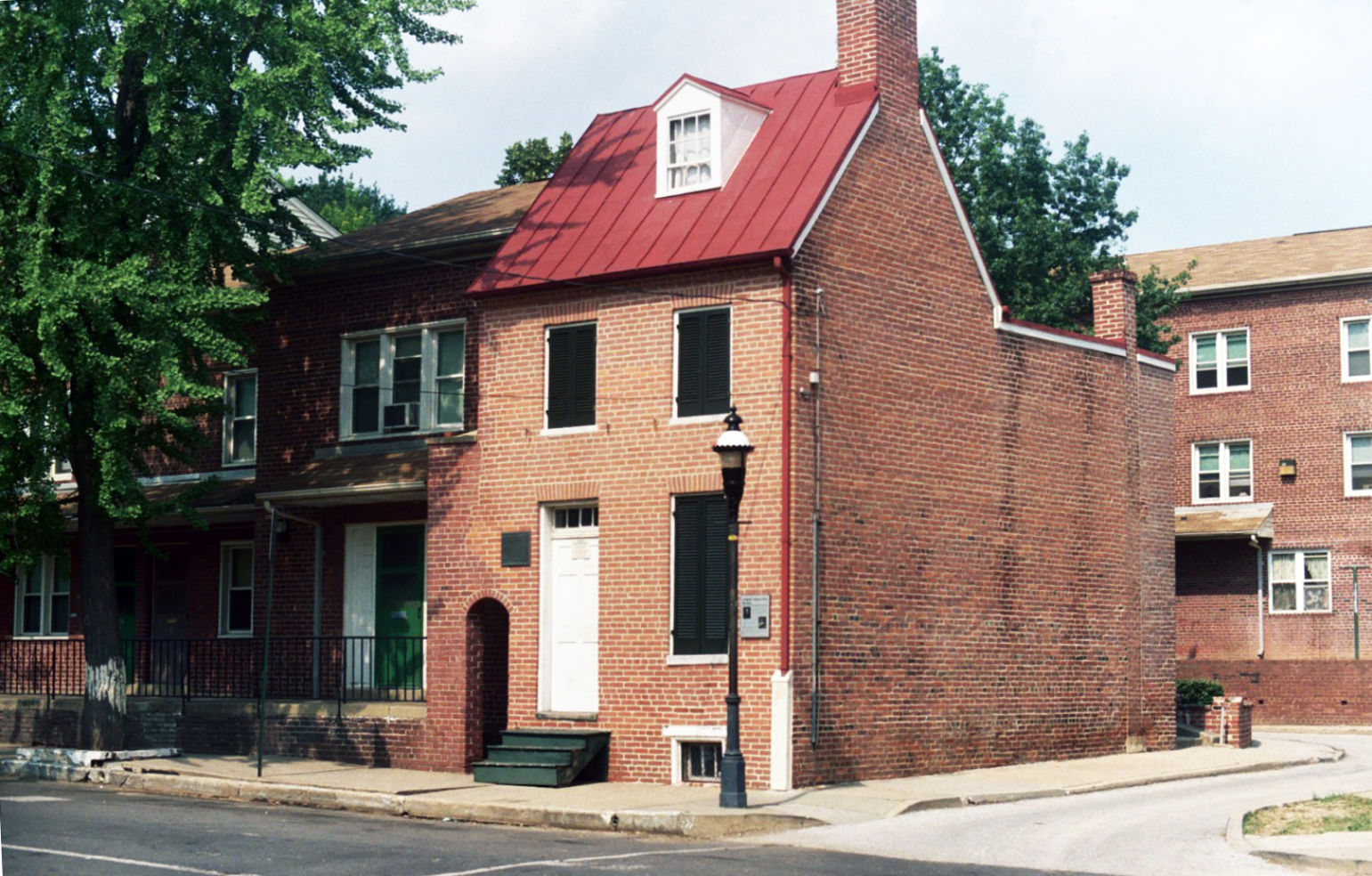 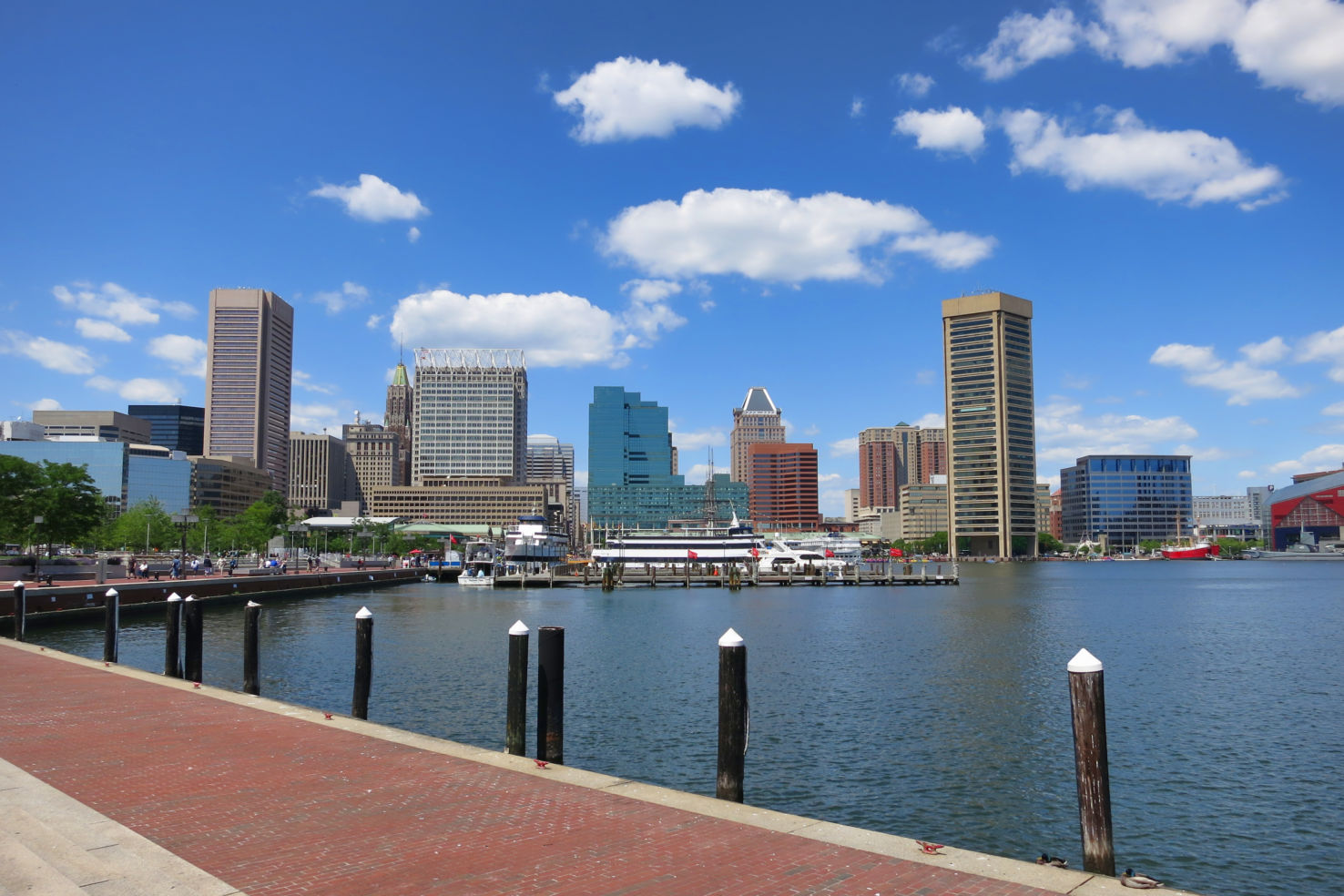 HARTFORD, CONNECTICUT Visit the Mark Twain House & Museum to see the gorgeous Victorian-style mansion where Mark Twain lived and worked from 1874 to 1891. That time span includes the years he wrote the beloved classic The Adventures of Huckleberry Finn ($19, marktwainhouse.org).

HARTFORD, CONNECTICUT (continued) Nearby, the Harriet Beecher Stowe House is closed for renovations through spring 2017, but in the meantime, the Stowe Center is open for those who want to learn more about the writer who penned the groundbreaking anti-slavery novel Uncle Tom’s Cabin (harrietbeecherstowecenter.org).
What to Eat and Drink: Comfort-food classics like burgers and steak abound at local favorite Grants Restaurant and Bar (dinner entrées from $13, billygrant.com).
Where to Stay: The Chester Bulkley House for Colonial-era charm just a few miles from Hartford (from $105 per night, chesterbulkleyhouse.com).

NEW ORLEANS, LOUISIANA Among the many reasons to visit this colorful, fun-loving city, N’awlins has provided inspiration for generations of writers—including Tennessee Williams and Anne Rice (pictured above is one of Rice's former homes, where the Mayfair novels were set). For A Streetcar Named Desire–philes, time your visit with the Tennessee Williams/New Orleans Literary Festival, usually held in March, to celebrate the playwright’s life in venues around the French Quarter (tennesseewilliams.net). Meanwhile, Rice, born in New Orleans and author of famed novel Interview With a Vampire, has thoughtfully posted on her website a shortlist of local spots to visit.

NEW ORLEANS, LOUISIANA (continued)
What to Eat and Drink: Head for some of the oldest restaurants in town; your literary heroes undoubtedly stopped here too. Dickie Brennan’s Bourbon House is an institution known for seafood and bourbon milk punch (punch $7, seafood platter entrées from $21, bourbonhouse.com), while Tujague’s, open since 1856 and the second-oldest restaurant in New Orleans, is revered for icy green Grasshopper cocktails (three-course lunch $18.65, tujaguesrestaurant.com).
Where to Stay: Courtyard New Orleans Downtown/Iberville is close to all the French Quarter action but far enough from the nonstop madness of Bourbon Street (above) to get a good night’s sleep (from $149 per night, marriott.com).

MONROEVILLE, ALABAMA Harper Lee, author of To Kill a Mockingbird, was born and raised in Monroeville, the inspiration for the novel’s fictional town of Maycomb. And Truman Capote, best known for writing Breakfast at Tiffany’s and In Cold Blood, grew up right next door. Head to the Monroe County Museum to get a double dose of literary history (free, donations accepted, monroecountymuseum.org). The Monroe County Courthouse (above), where Lee watched her father practice law as a child, currently operates as The Old Courthouse Museum, while an exhibit on Capote’s early childhood also is on display (free, monroecountymuseum.org). Each spring, a theatrical adaptation of Mockingbird is held at the courthouse, too.

MONROEVILLE, ALABAMA (continued)
What to Eat and Drink: Across from the square from the courthouse, the Courthouse Café (27 W. Claiborne; 251/743-3663) serves up homey fare such as fried pickles, along with the cheekily named "Boo burger" and "Finch fries." Lee was a regular here until her death in February.
Where to Stay: Country Inn & Suites—with a Read It & Return Lending Library—is just five miles south of Monroeville (from $62 per night, countryinns.com).

MONTEREY, CALIFORNIA Located on California’s rugged coast and offering plenty of jaw-dropping seaside and mountain views, it’s no wonder the area attracted the likes of John Steinbeck, Robert Louis Stevenson, and more. Pay homage at the National Steinbeck Center ($13, steinbeck.org) in Salinas. The museum features interactive exhibits about his writings, displays of archival photos and documents, and even Rocinante, the truck Steinbeck drove across the country in Travels with Charley.

MONTEREY, CALIFORNIA (continued)
What to Eat and Drink: Follow up a visit to the Steinbeck Center with lunch at The Steinbeck House Restaurant (above), located within the Queen Anne Victorian structure where the writer was born and grew up. Saturday teas, served with tea sandwiches, fruit, scones, quiche, and desserts, are also available ($25 for adults, $12 for children, price includes tax and tip, steinbeckhouse.com). Reservations are recommended.
Where to Stay: Casa Munras is a hacienda-style hotel near the historic waterfront district made famous by Steinbeck’s 1945 novel, Cannery Row (from $169 per night, hotelcasamunras.com).

ASPEN, COLORADO “Gonzo" journalist Hunter S. Thompson lived in Woody Creek (pictured above), a counterculture community just a few miles from Aspen’s posh ski community. Visit in the off-season for warmer weather and spectacular hiking and biking trails. Rent a bike from Aspen Bicycles (from $29, aspenbicycles.com), then take a detour to see where the author lived and wrote for decades.

ASPEN, COLORADO (continued)
What to Eat and Drink: Woody Creek Tavern is the spot where Thompson drank, hung out, and occasionally tended bar in a wig, just for kicks (drinks from $3.50, all-day Mexican lunch entrées from $10, woodycreektavern.com). Follow that up with a visit to the tasting room at Woody Creek Distillers, best known for its eponymous farm-to-flask potato vodka. The tasting room is open from 2 to 8 p.m. Tuesdays through Saturdays (free tastings during tours, by appointment, woodycreekdistillers.com). Stop by the distillery during the summer for Food Truck Fridays, when food trucks line up and dish out reasonably priced fare.
Where to Stay: The lodge-style, ski-in Sky Hotel, part of the Kimpton chain (from about $149 per night, particularly if you’re traveling during spring or autumn; as with most Aspen hotels, rates skyrocket during the prime ski months and summer travel season, theskyhotel.com).

MANSFIELD, MISSOURI Head to the Missouri Ozarks to view the home of the Little House on the Prairie author: The Laura Ingalls Wilder Historic Home and Museum sees about 300,000 visitors each year and is overflowing with memorabilia ($14, lauraingallswilderhome.com). Yes, that really is Pa’s fiddle on display.

MANSFIELD, MISSOURI (continued) Dubbed the Rock House, this 1928 home was built by Ingalls-Wilder's daughter, Rose, for Ingalls-Wilder and her husband. There, Laura wrote the first four books in the Little House series.
What to Eat and Drink: Stop into Rosewood Farms to pick up handmade bonbons from Grandpa Joe’s Chocolates, open since the 1940s (grandpajoeschocolates.com).
Where to Stay: Weaver Inn Bed & Breakfast, a storefront built in the 1800s, in which all the rooms are named after Little House characters (from $99 per night, weaverinnbb.com).

OXFORD, MISSISSIPPI For Nobel Prize–winning writer William Faulkner, his adopted hometown in Oxford, Mississippi, provided the backdrop for many of his writings, and it’s a popular spot for literary pilgrimages. Rowan Oak (above) was home to William Faulkner and his family for more than 40 years, a pre–Civil War structure (built in 1844) on 29 acres of land just south of Oxford Square (free to visit the grounds, $5 for admission inside the house, rowanoak.com).

OXFORD, MISSISSIPPI (continued)
What to Eat and Drink: Skillets and short stacks at Big Bad Breakfast (entrées from $7.50, bigbadbreakfast.com). It’s owned by James Beard award-winning chef John Currence, and the name is a literary reference—a nod toward a 1990 Larry Brown story collection called Big Bad Love. Also: It dishes out some of the best shrimp and grits you’ll find anywhere. Bonus: The prices are a bit gentler than Currence’s lauded City Grocery.
Where to Stay: The 5 Twelve Bed & Breakfast, a restored 1905 home with hardwood floors and claw-foot tubs, tucked between Oxford Square and the Ole Miss campus, where Faulkner attended for three semesters (from $140 per night, the5twelve.com).

CONCORD, MASSACHUSETTS This corner of Massachusetts is particularly rich in literary history; it was home during various periods to Louisa May Alcott, Ralph Waldo Emerson, Nathanial Hawthorne, and Henry David Thoreau, among others. Luckily for modern-day travelers, many of these writers’ former homes and haunts have been well-preserved. Must-visit sites include Louisa May Alcott’s Orchard House (above), where Alcott wrote and set Little Women ($10, louisamayalcott.org); the Ralph Waldo Emerson House ($9, nps.gov), and The Old Manse, where Emerson, Hawthorne, and Thoreau came to debate the issues of the day (free to tour the grounds, $10 to tour the house, thetrustees.org). Hardcore Thoreau enthusiasts will also want to make the hour-plus pilgrimage to Walden Pond, which provided inspiration for his book Walden ($10 per vehicle, nps.gov).
What to Eat and Drink: Head for the $22 lunch prix fixe at Bondir, known for thoughtful farm-to-table fare, such as orange and fennel–cured salmon with salt-poached potatoes (bondirconcord.com).
Where to Stay: The Hawthorne Inn, a bed & breakfast–style spot across the road from Hawthorne’s home, The Wayside (from $125 per night, concordmass.com).

KEY WEST, FLORIDA Ernest Hemingway lived from 1931 to 1939 on this colorful, tropical Florida island, just “90 miles from Cuba”—where he eventually relocated to escape his persistent fans. Spend an afternoon at The Ernest Hemingway Home & Museum (above), viewing the room where he wrote some of his best-loved novels and walking among the famous six-toed cats that still prowl the property ($13, including a 30-minute tour, hemingwayhome.com).

KEY WEST, FLORIDA (continued) Pictured above: Hemingway's famous writing room.
What to Eat and Drink: Toast the author with a daiquiri at Sloppy Joe's, where Hemingway was known to enjoy a drink—this isn’t the original location of the bar, but don’t let that stop you—or stroll the waterfront to find the ultimate slice of Key lime pie (daiquiris from $9, sloppyjoes.com).
Where to Stay: "Deconstructed" rooms at NYAH (Not Your Average Hotel) sleep 4 to 6 people, making it an affordable alternative for families or a sleepover-style girls’ getaway. It feels a bit like an upscale hostel, albeit one with 300-thread-count linens and lush poolside views (from about $199 per night for a room with four beds, nyahotels.com).

BALTIMORE, MARYLAND Spend a day (or more) exploring the life and spooky legacy of poet Edgar Allan Poe. Start at the Edgar Allan Poe House (above), where Poe lived from 1832 to 1835 (open Fridays, Saturdays, and Sundays, $5, poeinbaltimore.org). Then peek into the Edgar Allan Poe Room at the Enoch Pratt Free Library, which contains memorabilia like a lock of Poe’s hair and a piece from his coffin (free, prattlibrary.org).

BALTIMORE, MARYLAND (continued)
What to Eat and Drink: Look for a casual vibe at spots like Woodberry Kitchen, noted for its use of local Chesapeake ingredients, and B&O American Brasserie (both have killer versions of Maryland crab cakes). Or kick back with a cocktail or locally brewed beer at Pen & Quill, in Baltimore’s Station North neighborhood (local drafts from $5, specialty cocktails from $9, penandquill.net).
Where to Stay: Mt. Vernon Baltimore, a 1920s Renaissance Revival–style hotel within easy walking distance to Baltimore's downtown Inner Harbor area (pictured above) (from $129 per night, jdvhotels.com).

If you love reading, you must make a pilgrimage to one of these inspiring places where legendary authors lived their lives and wrote their masterpieces.