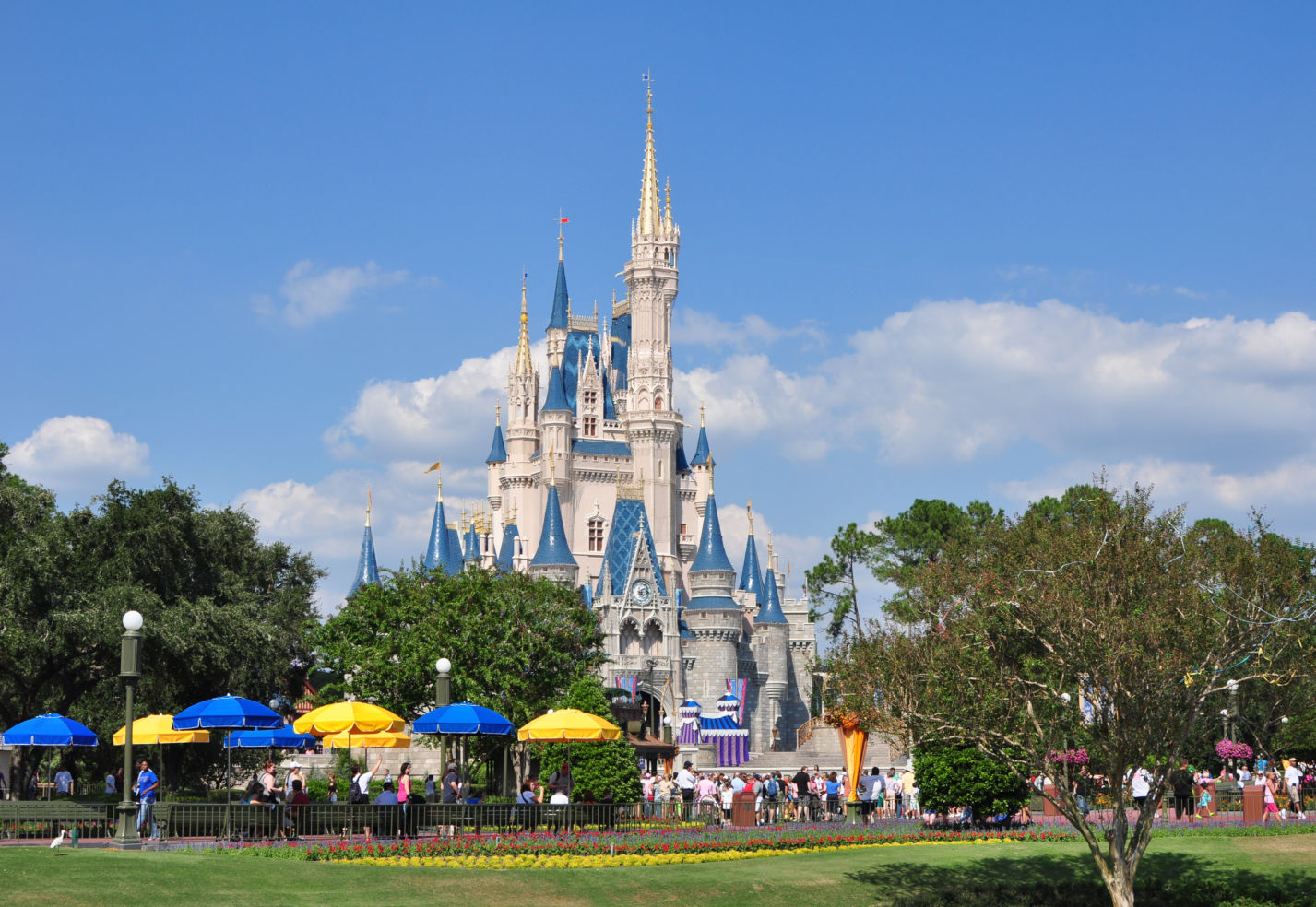 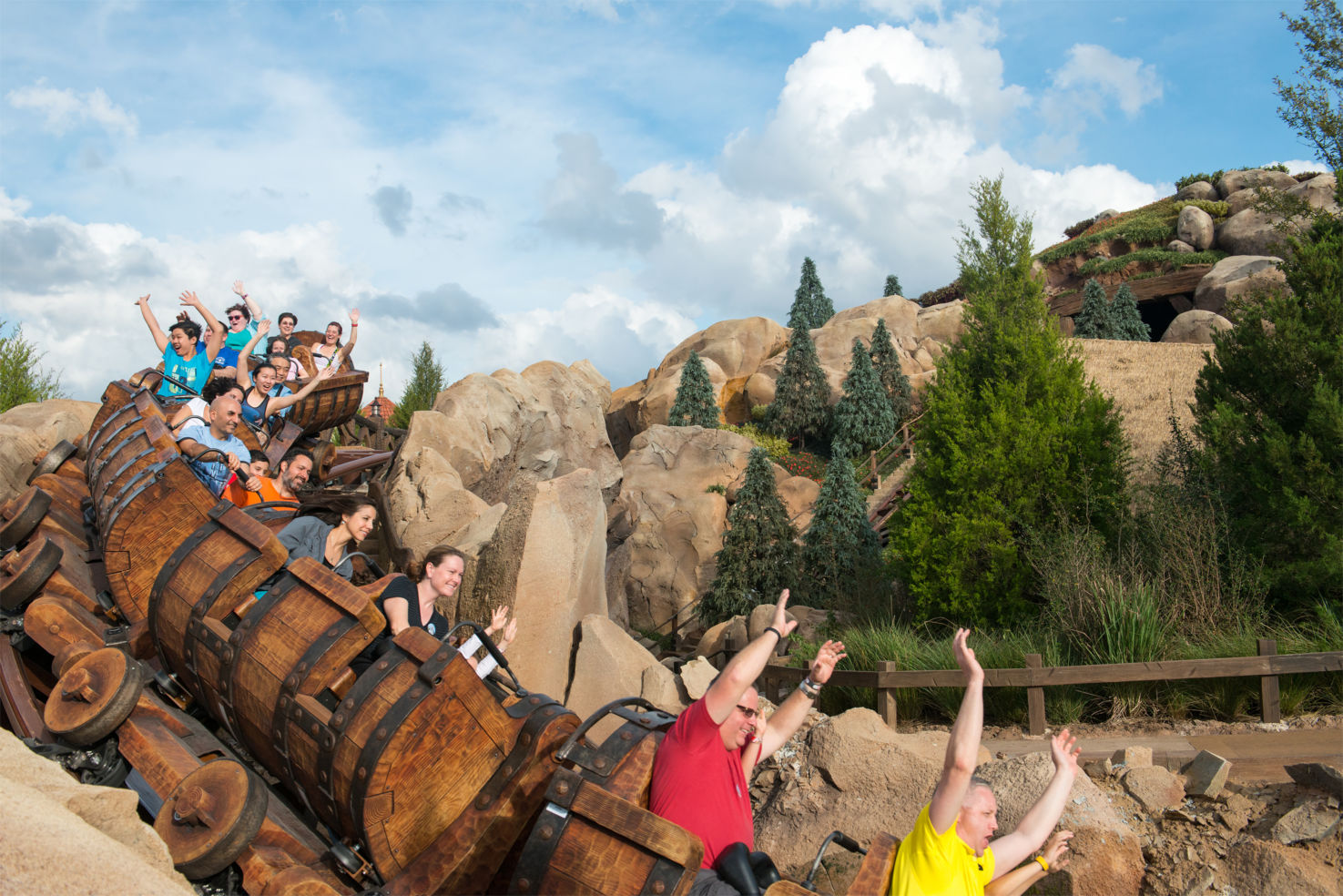 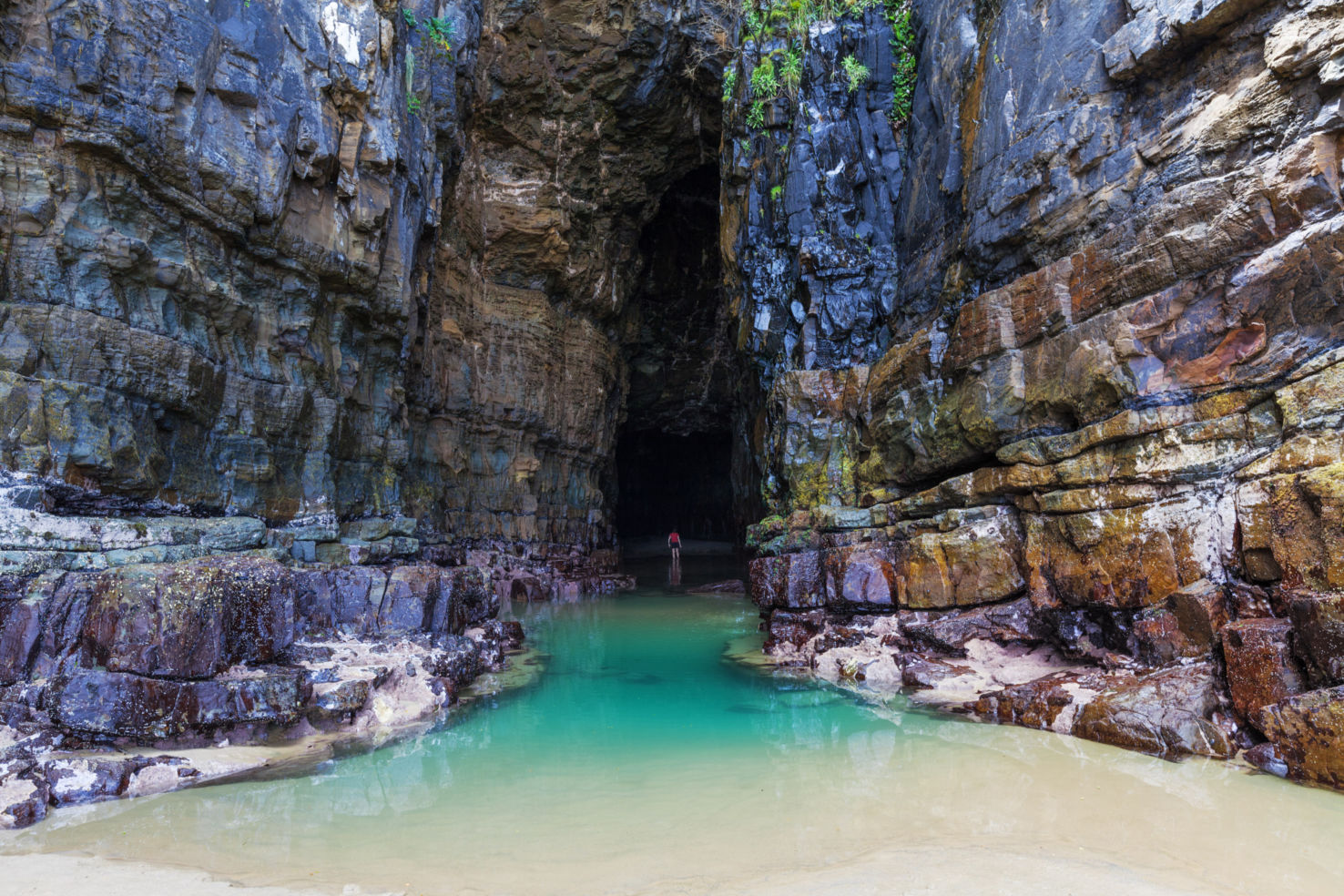 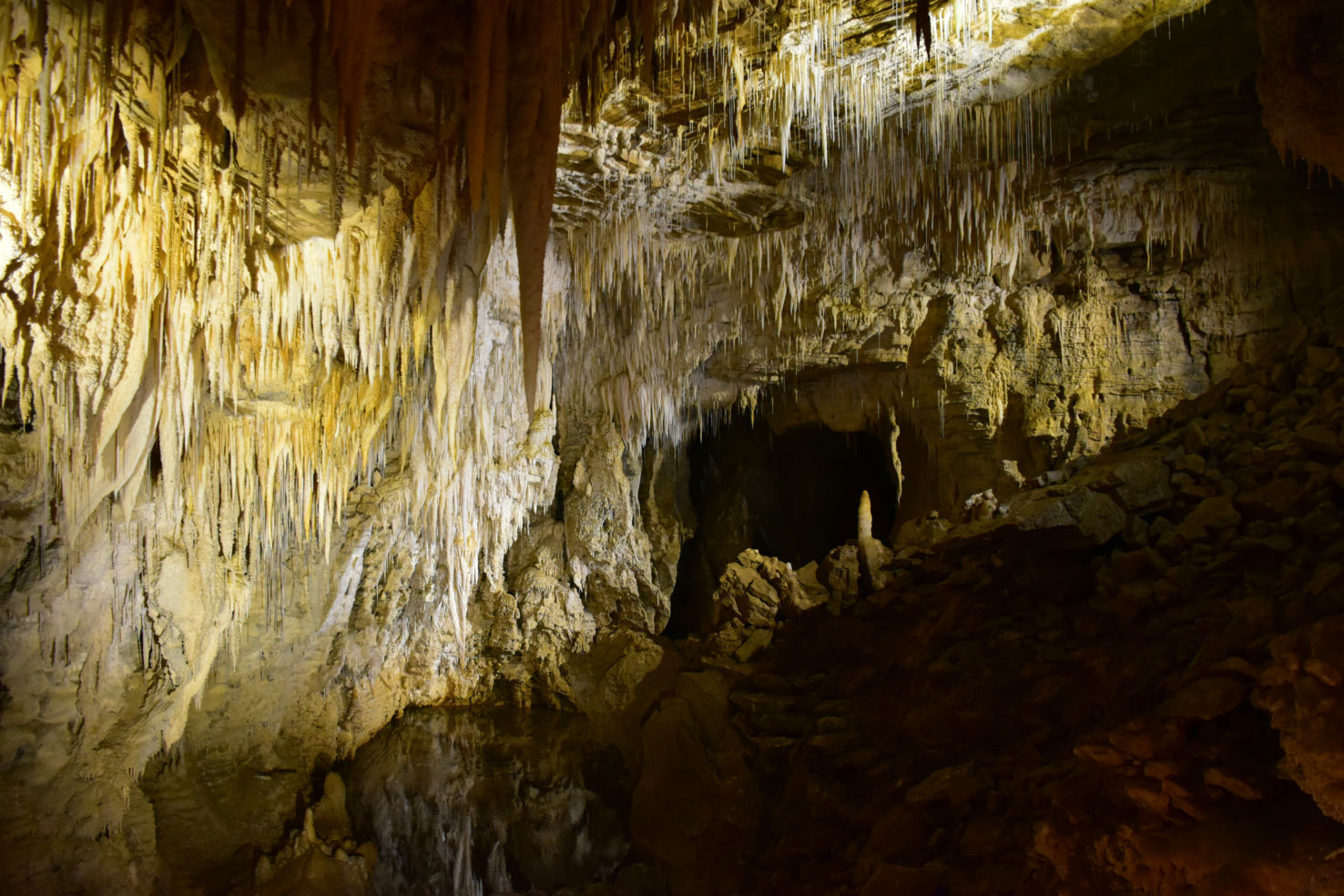 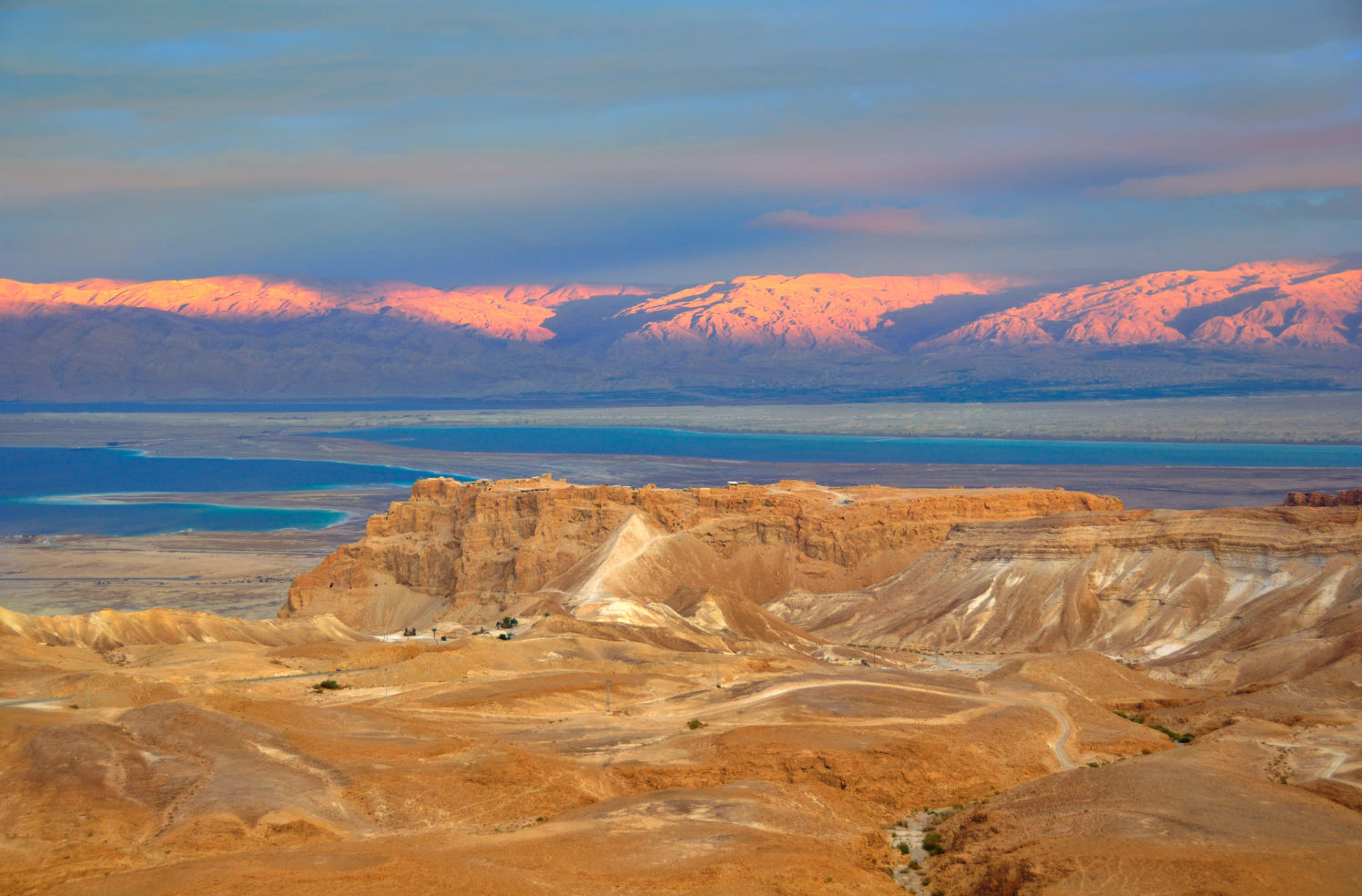 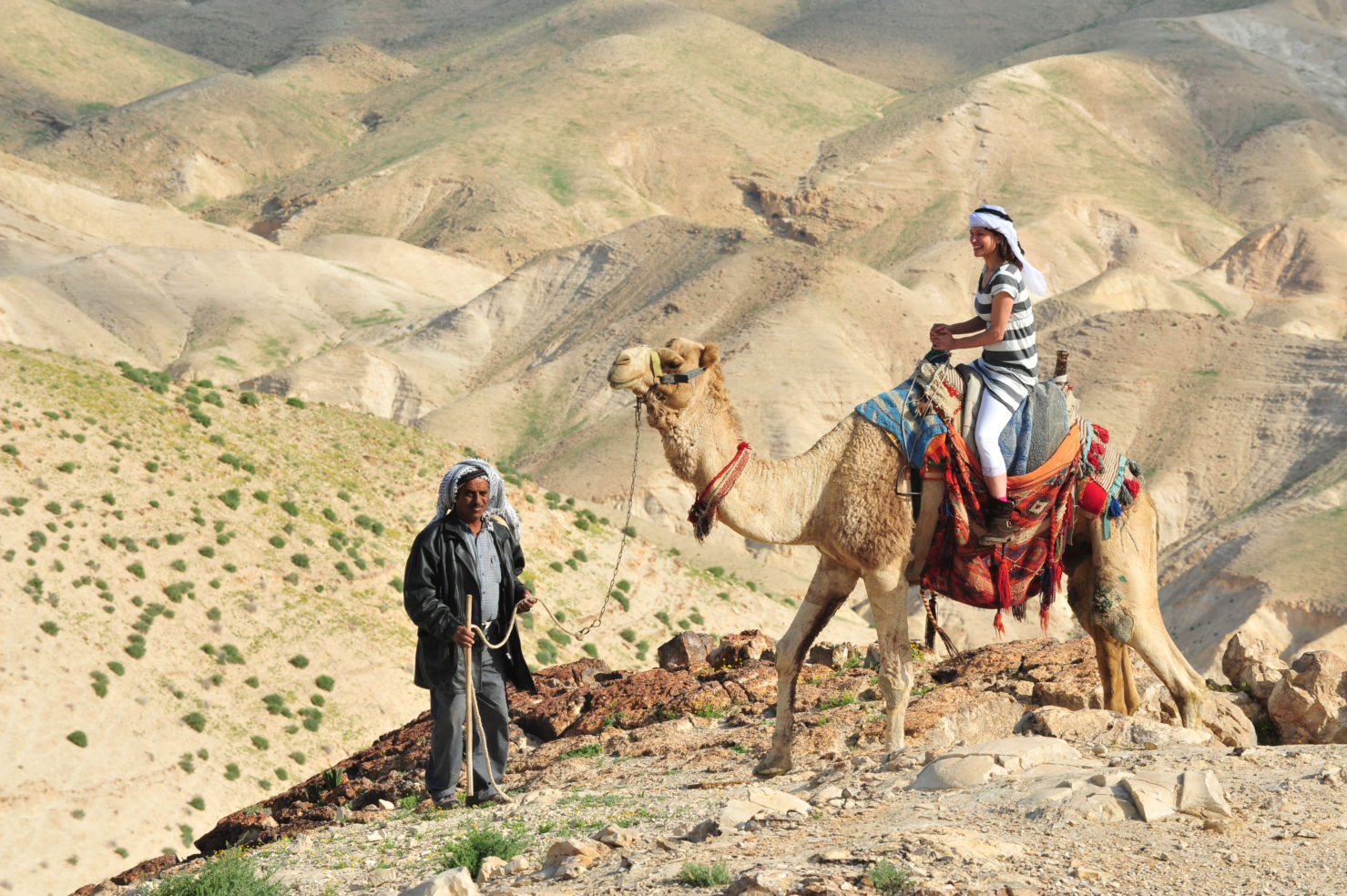 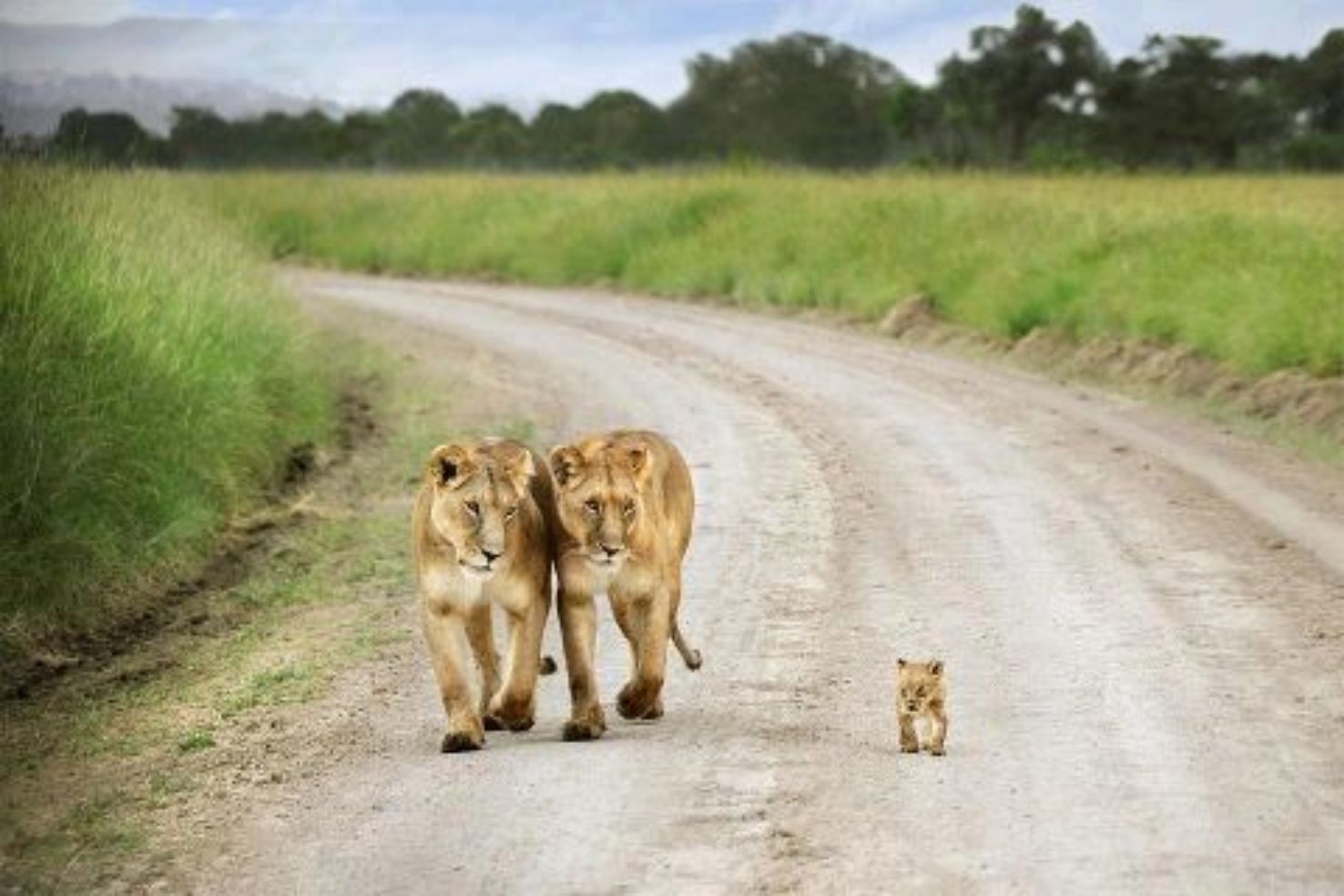 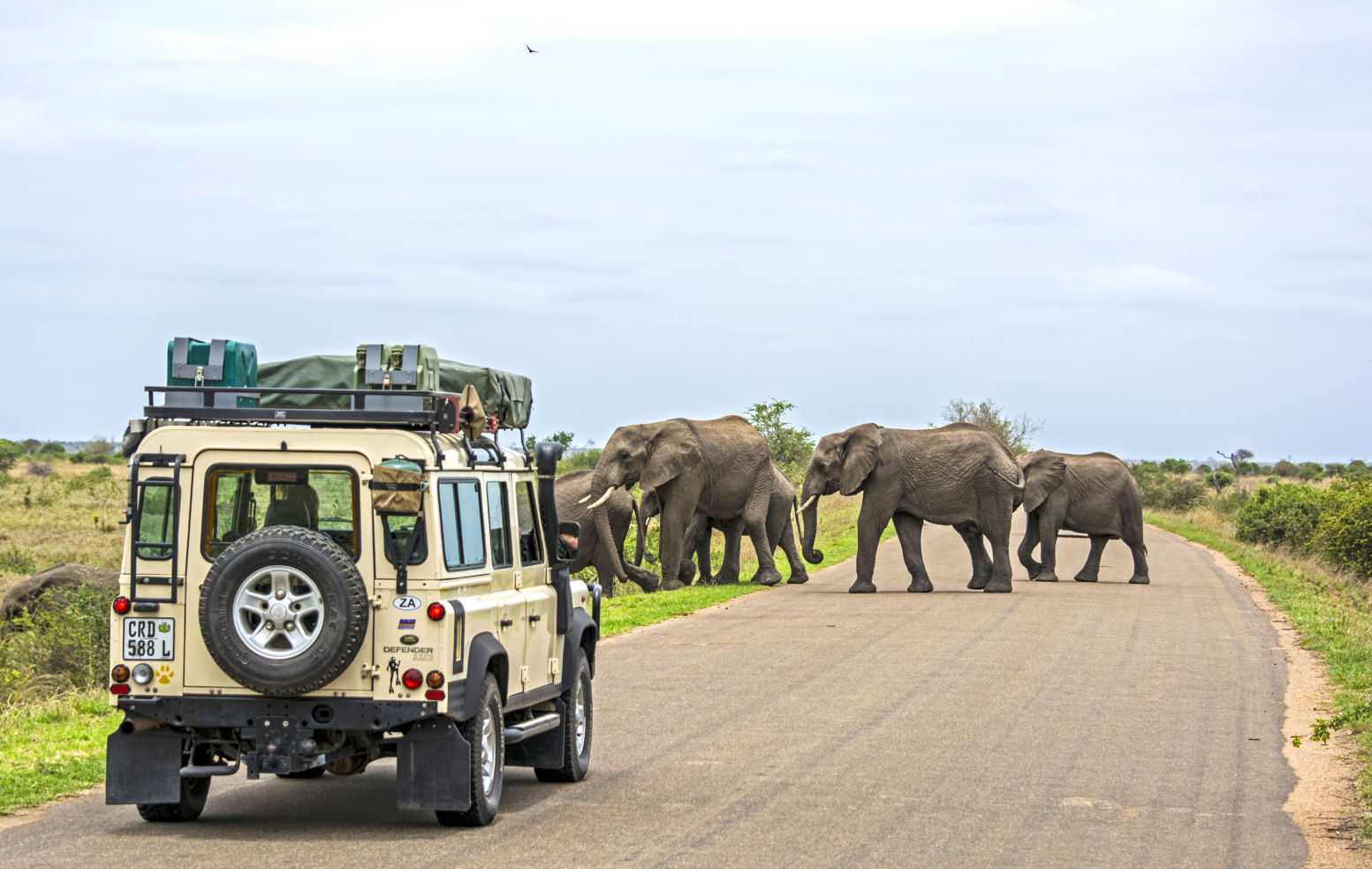 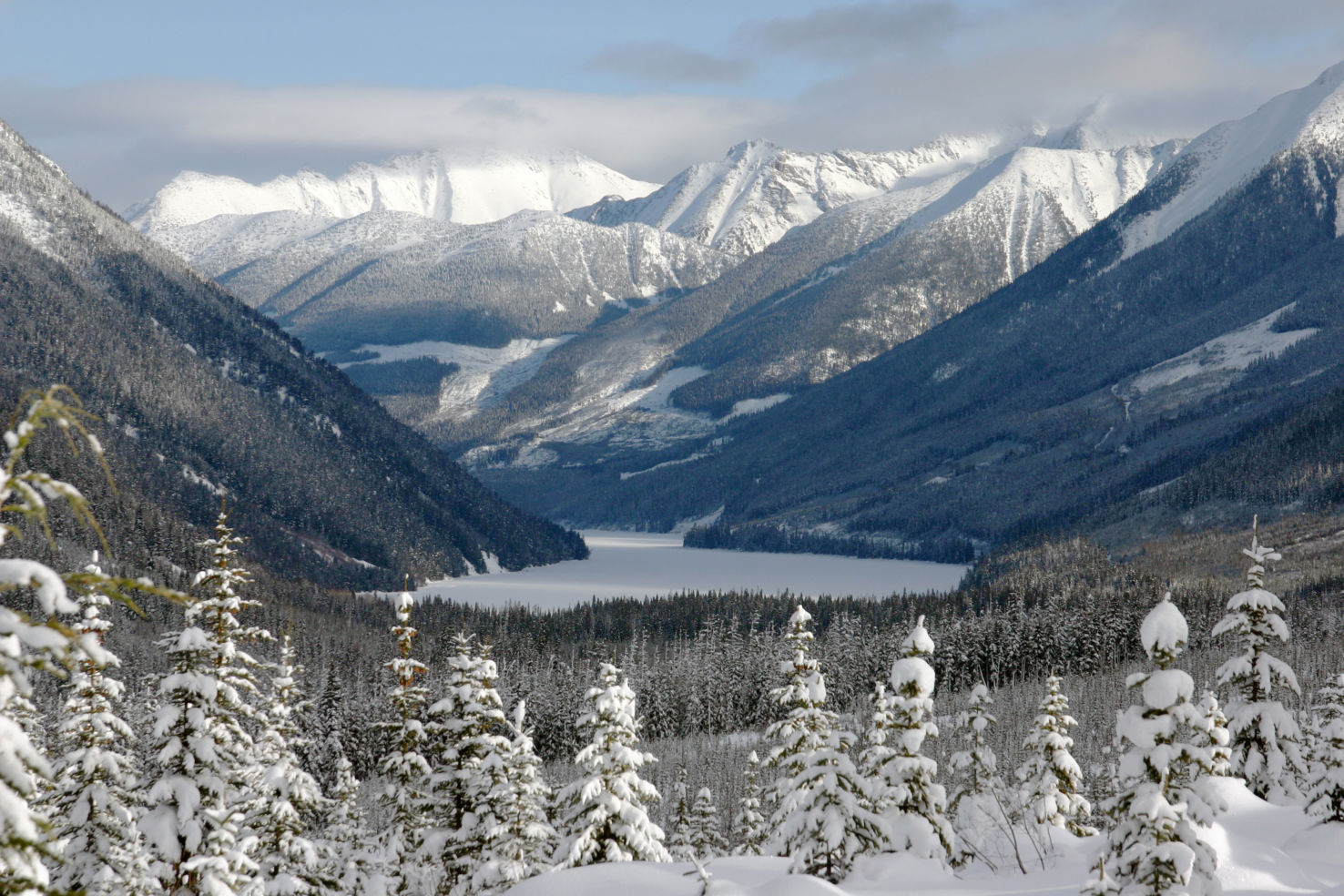 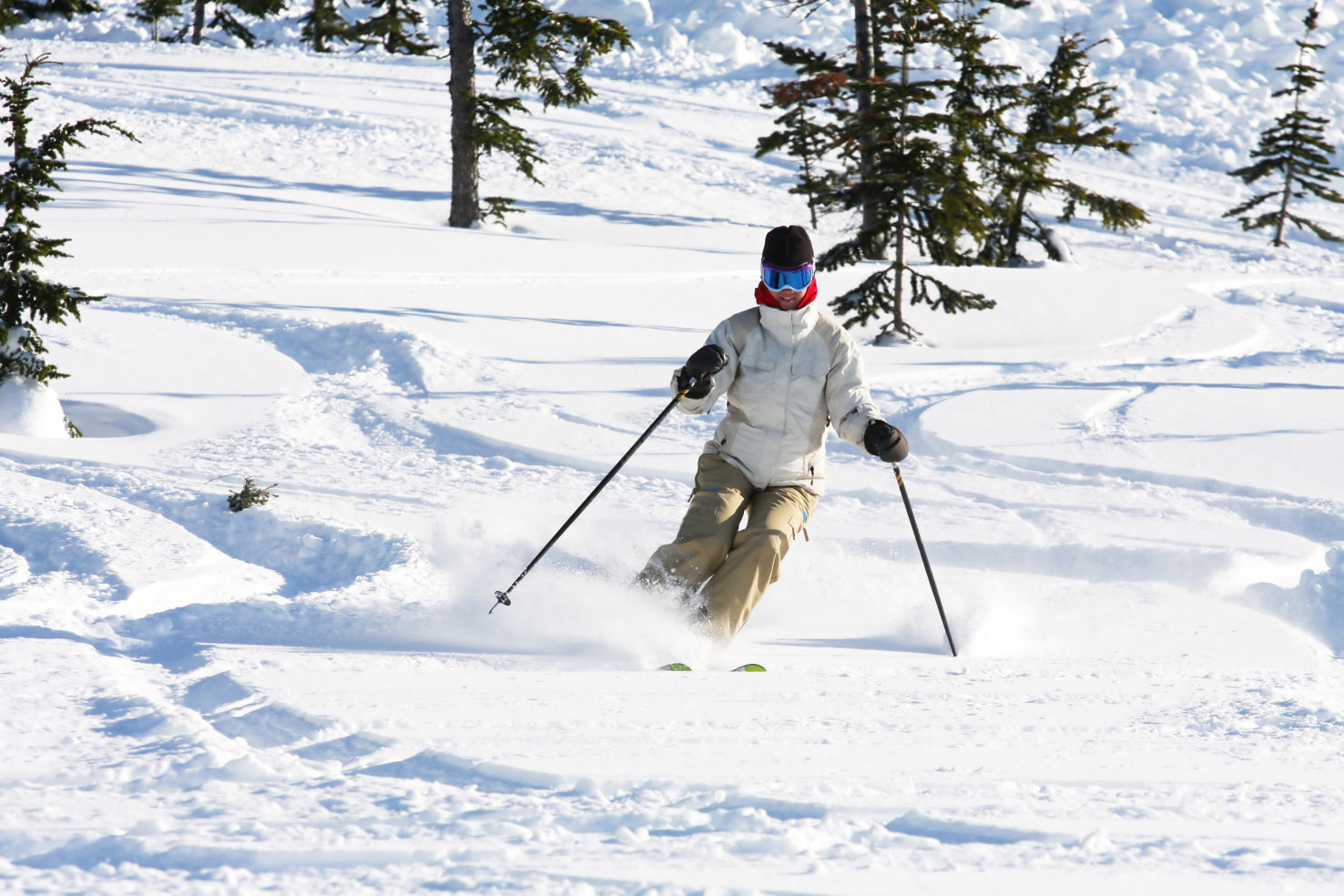 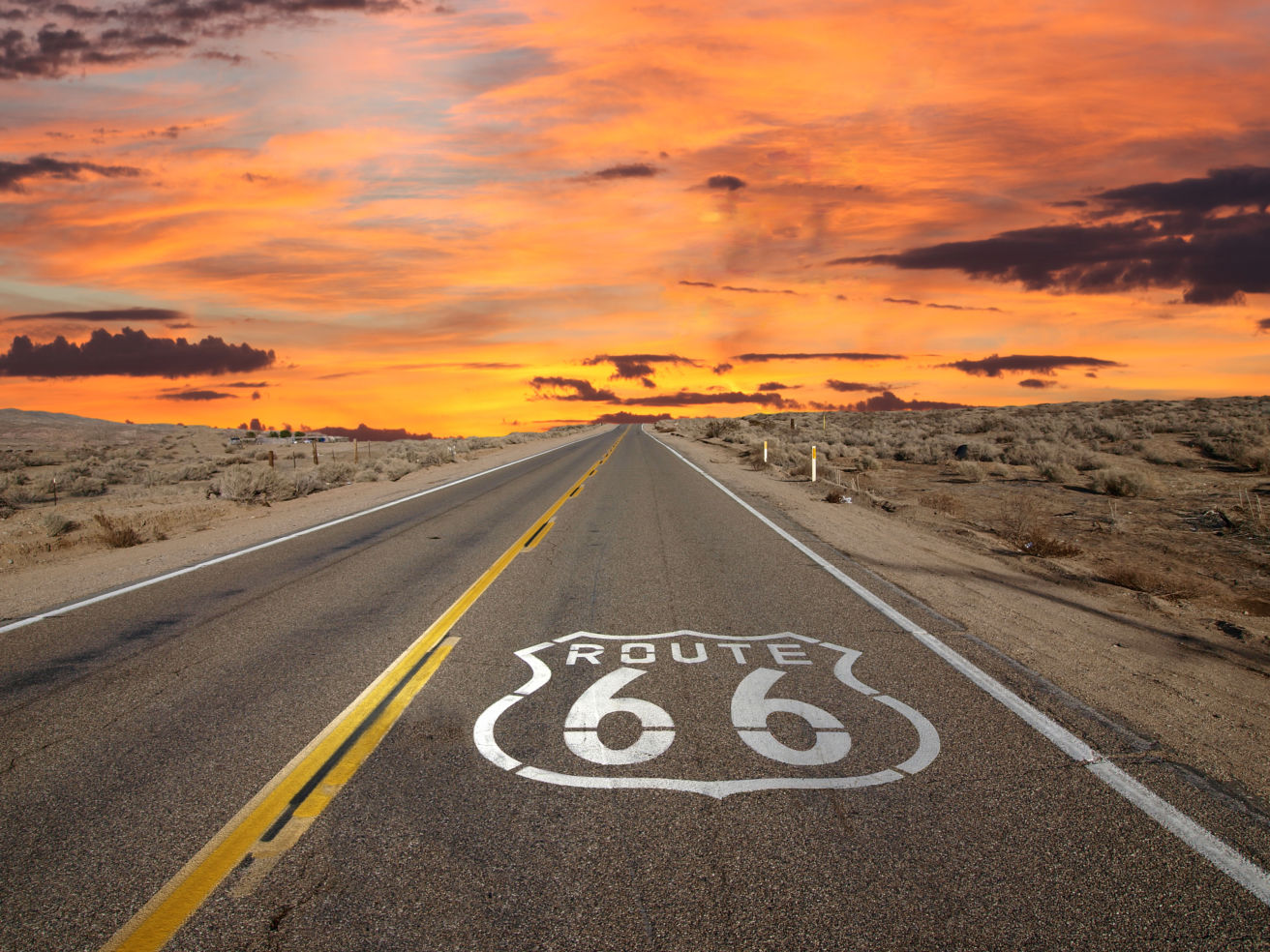 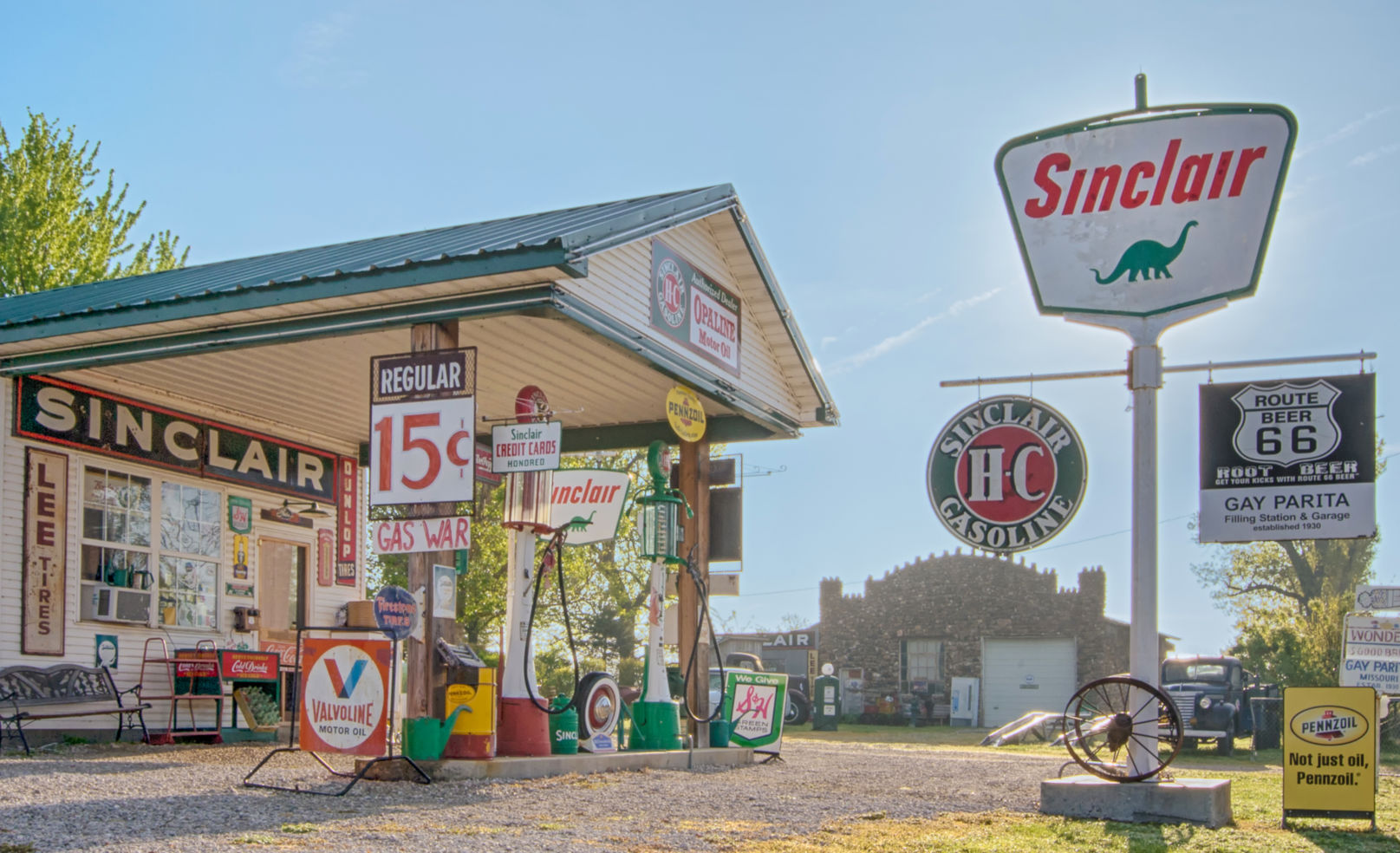 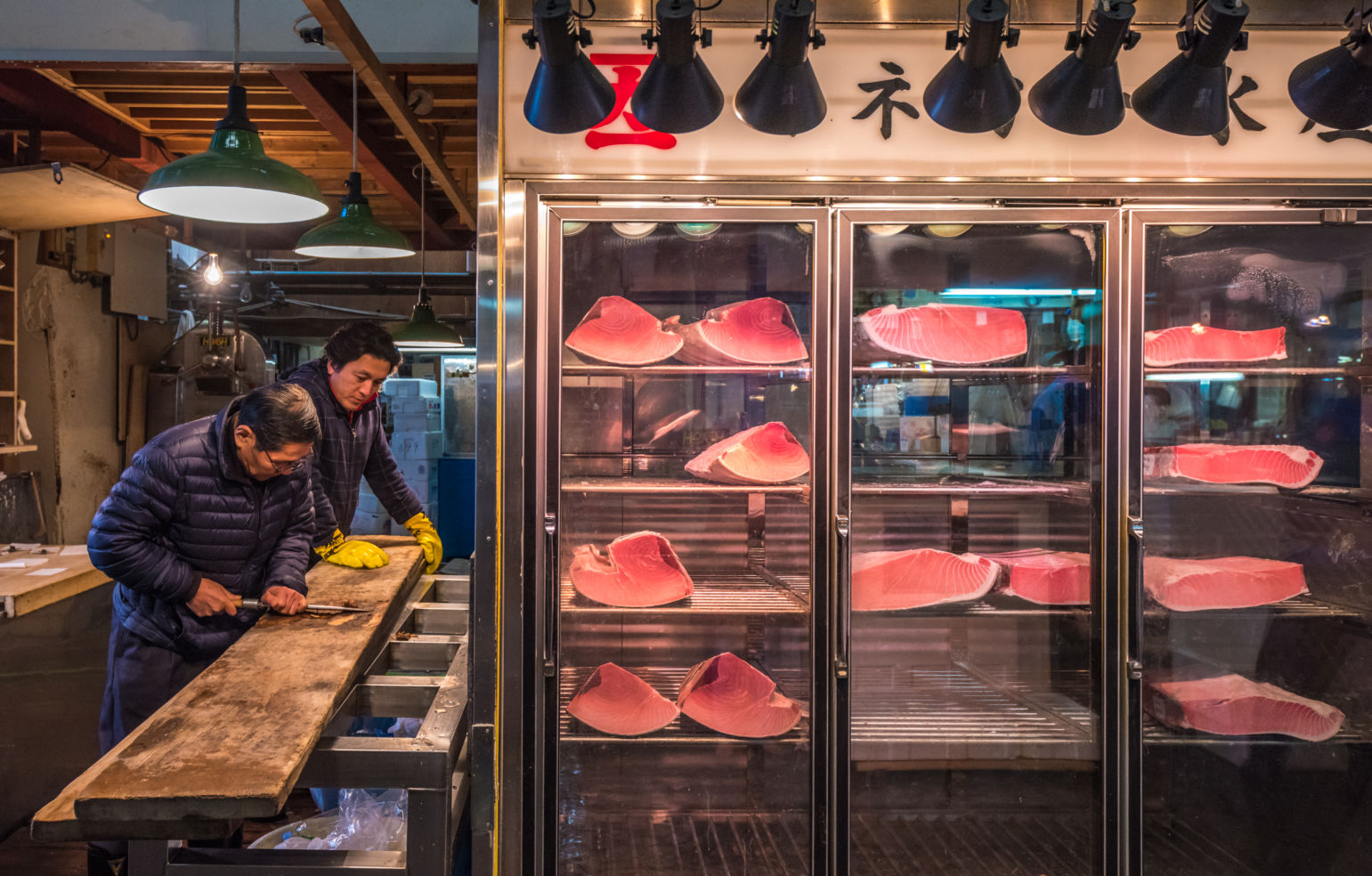 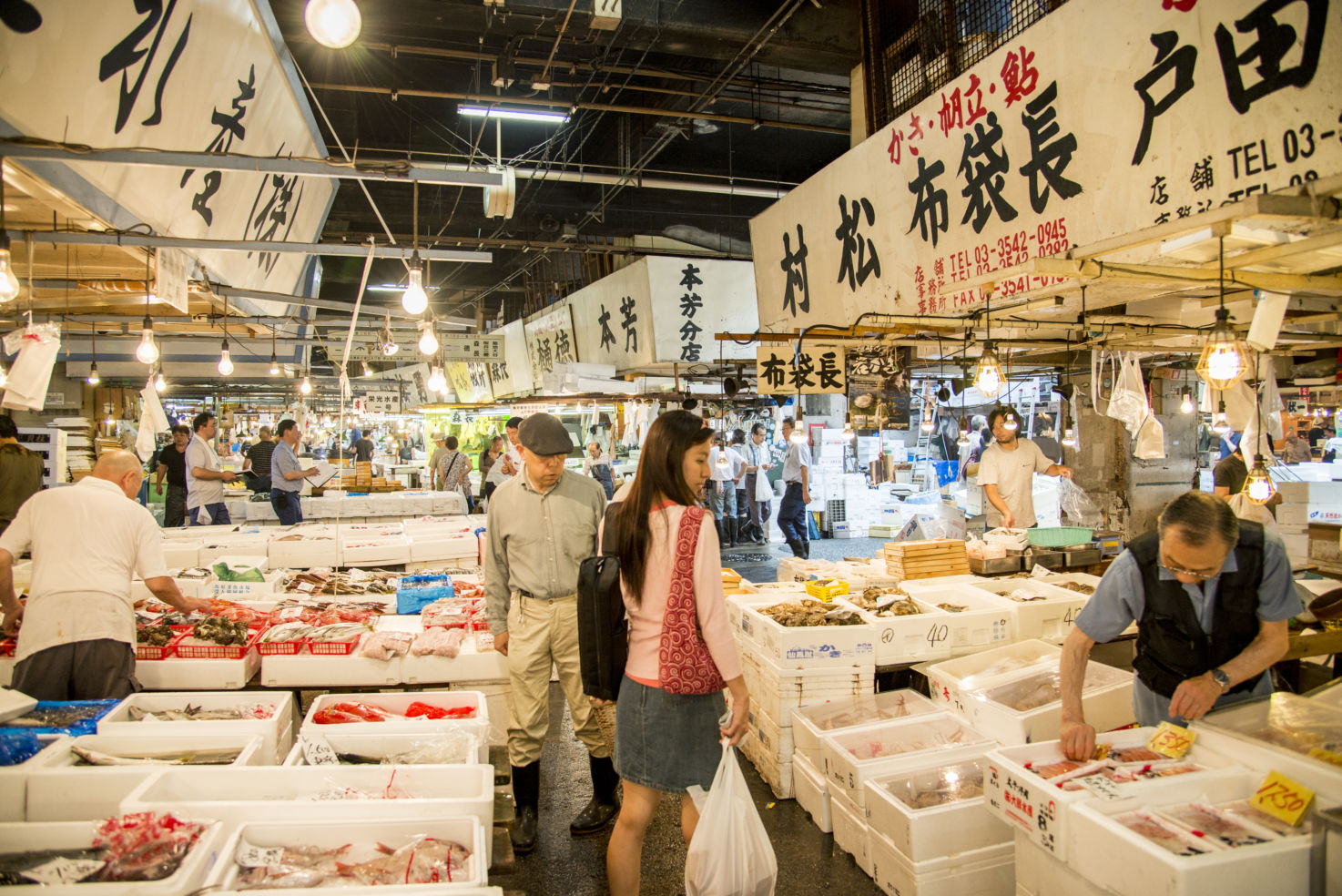 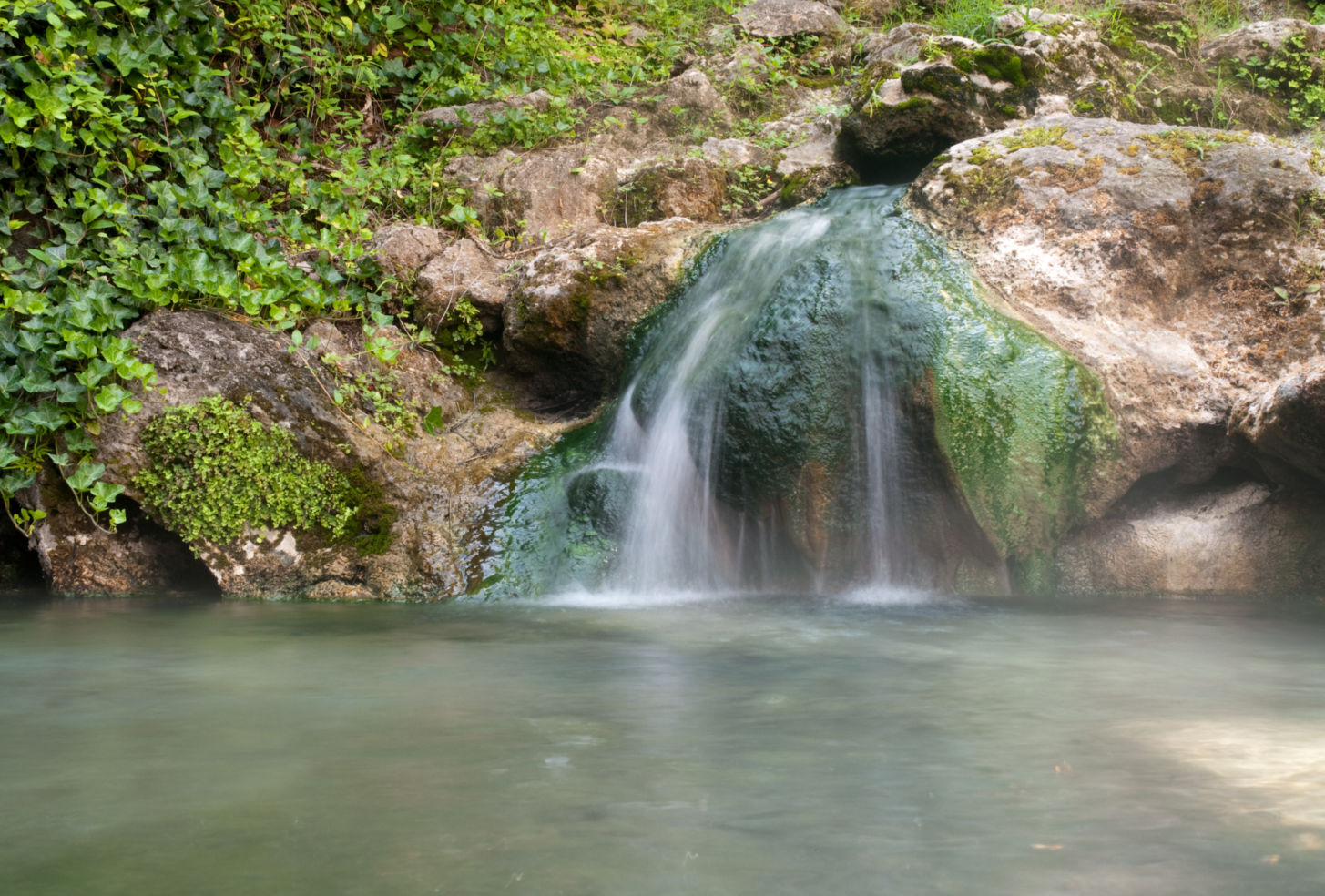 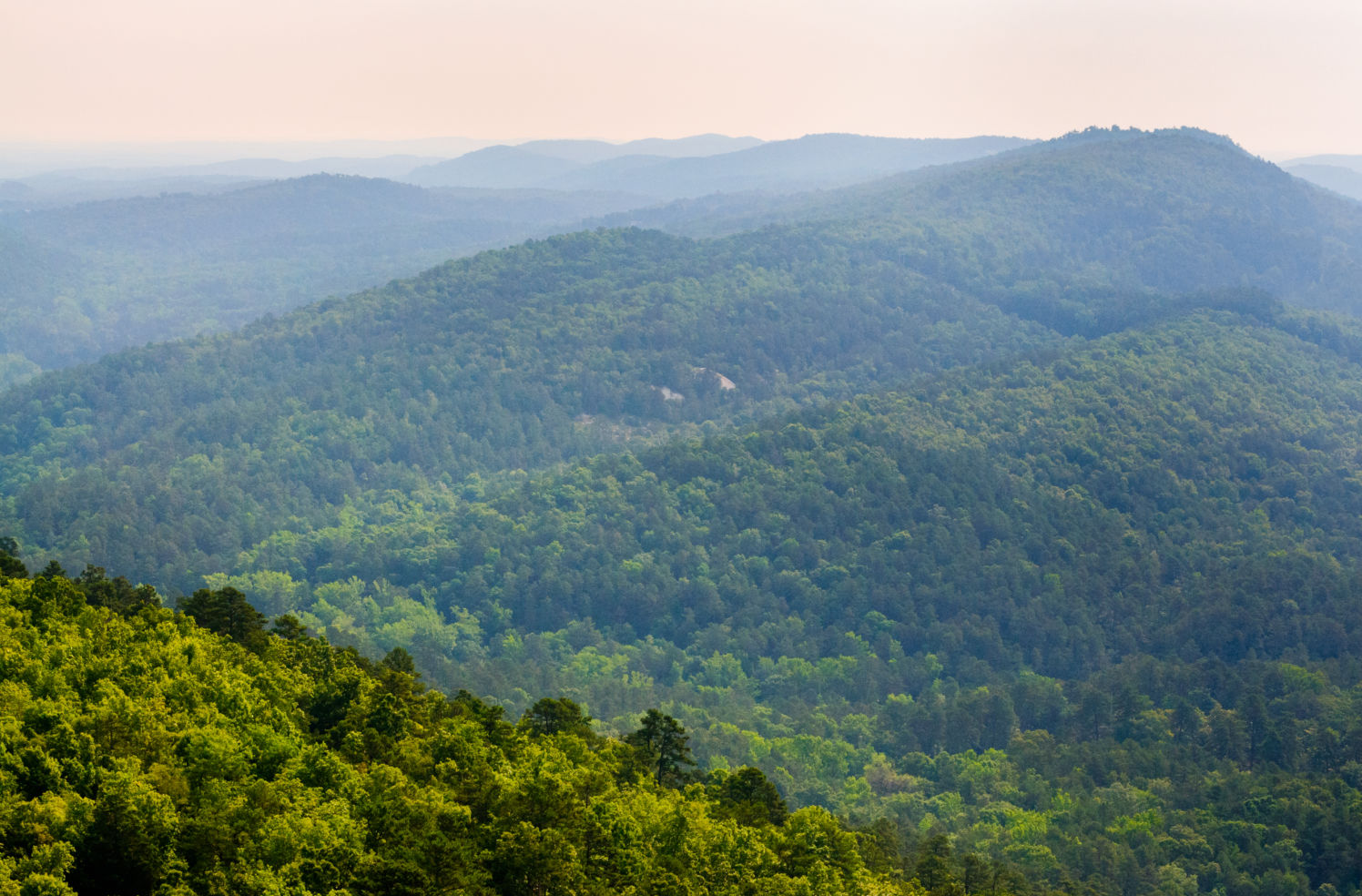 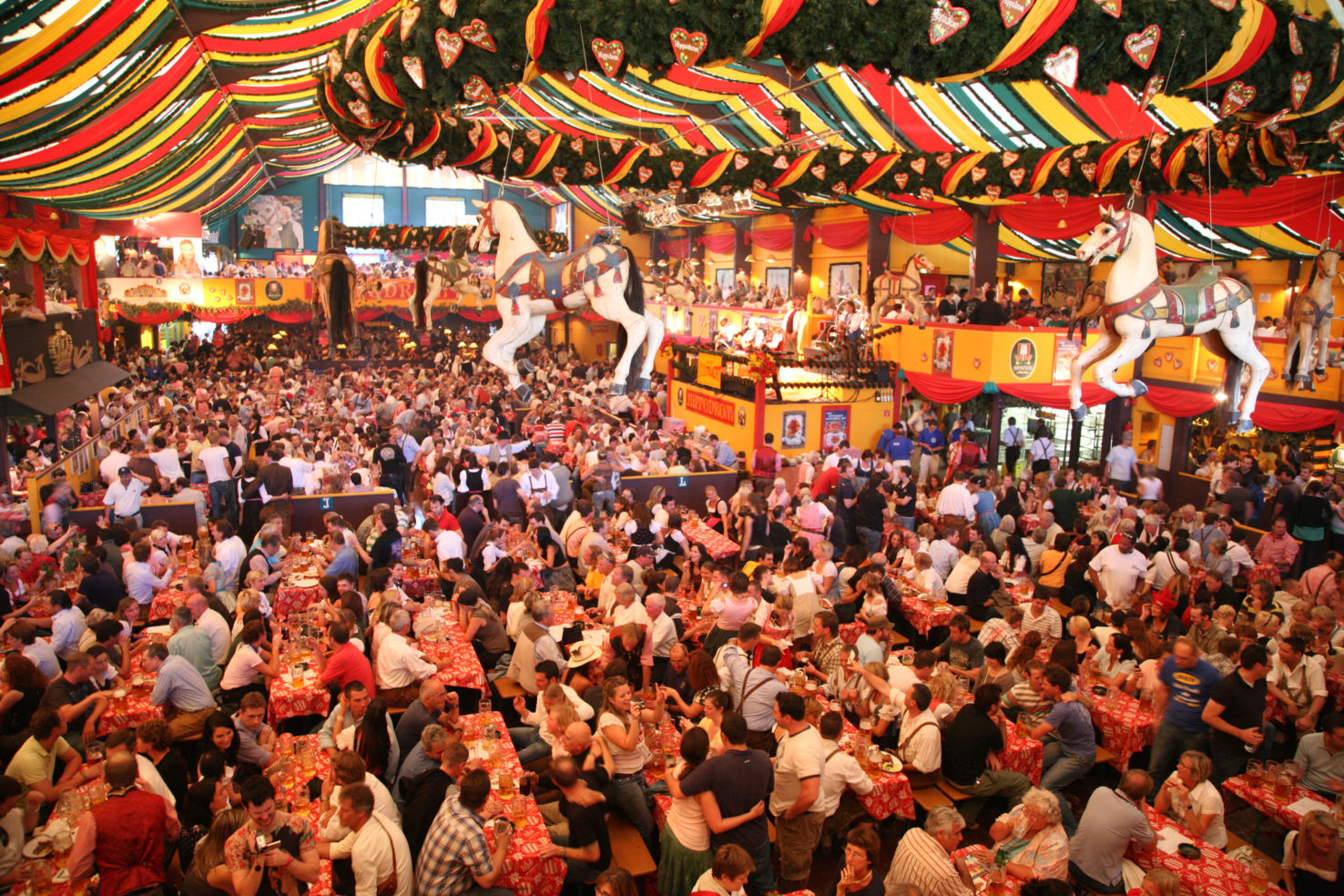 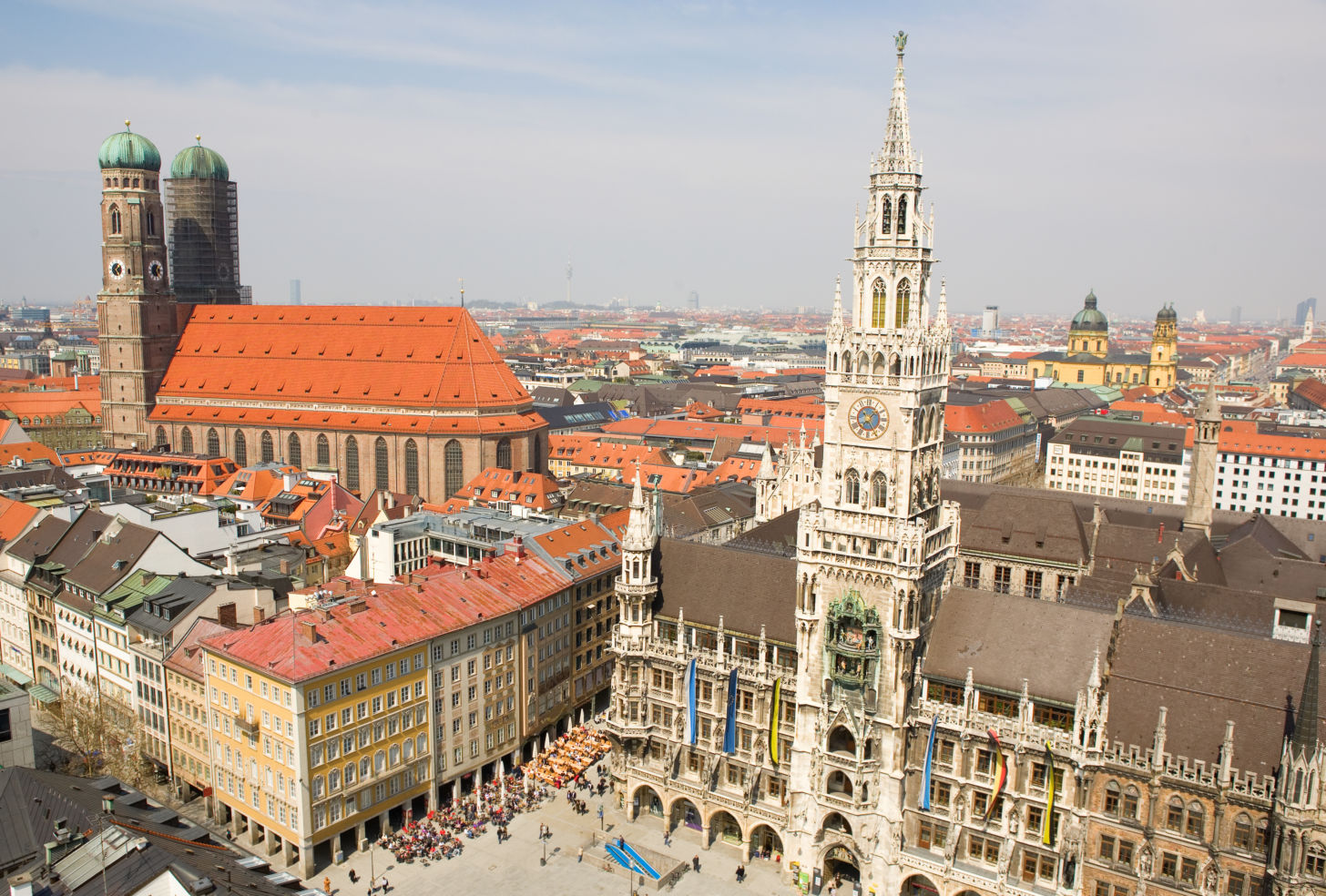 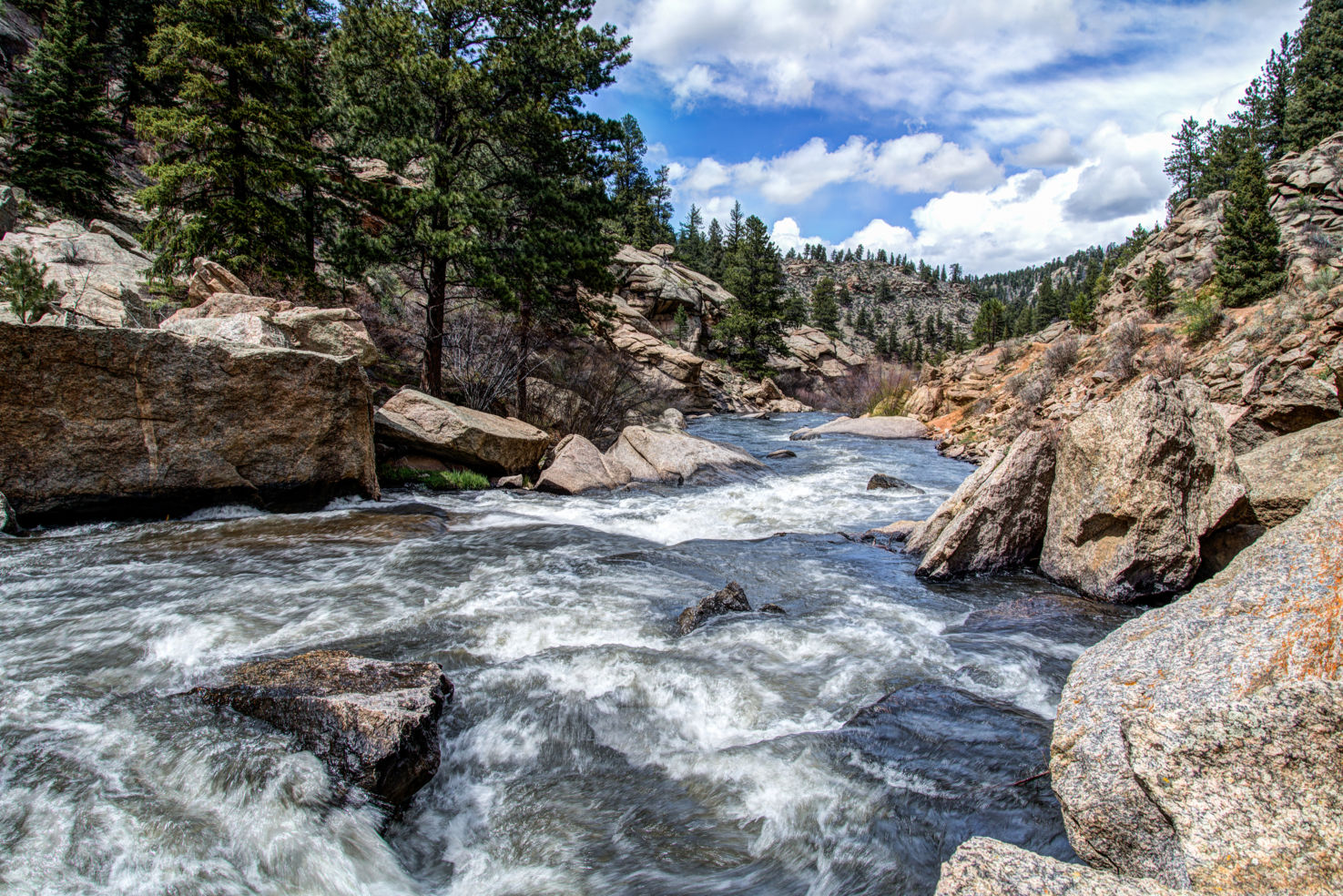 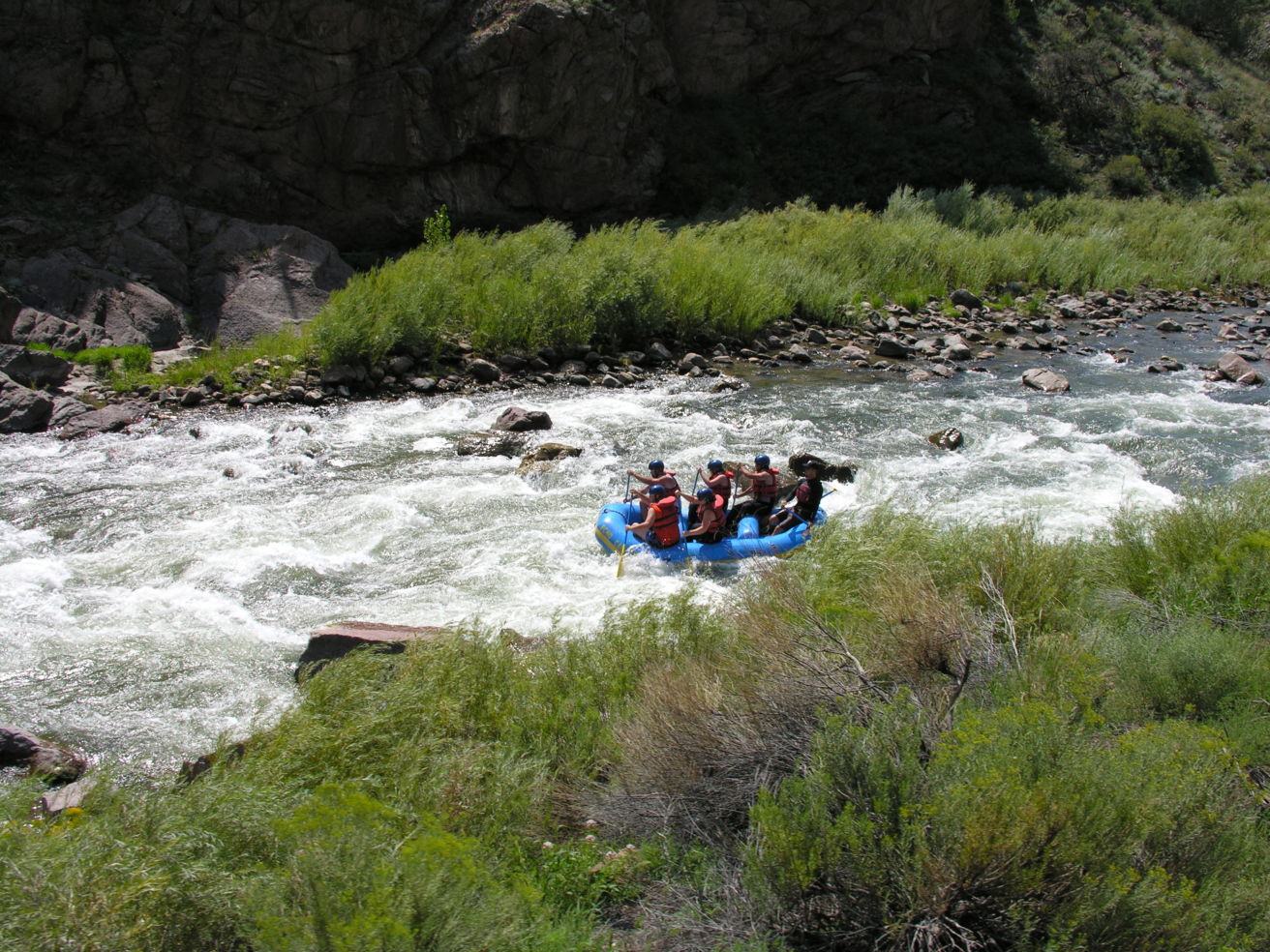 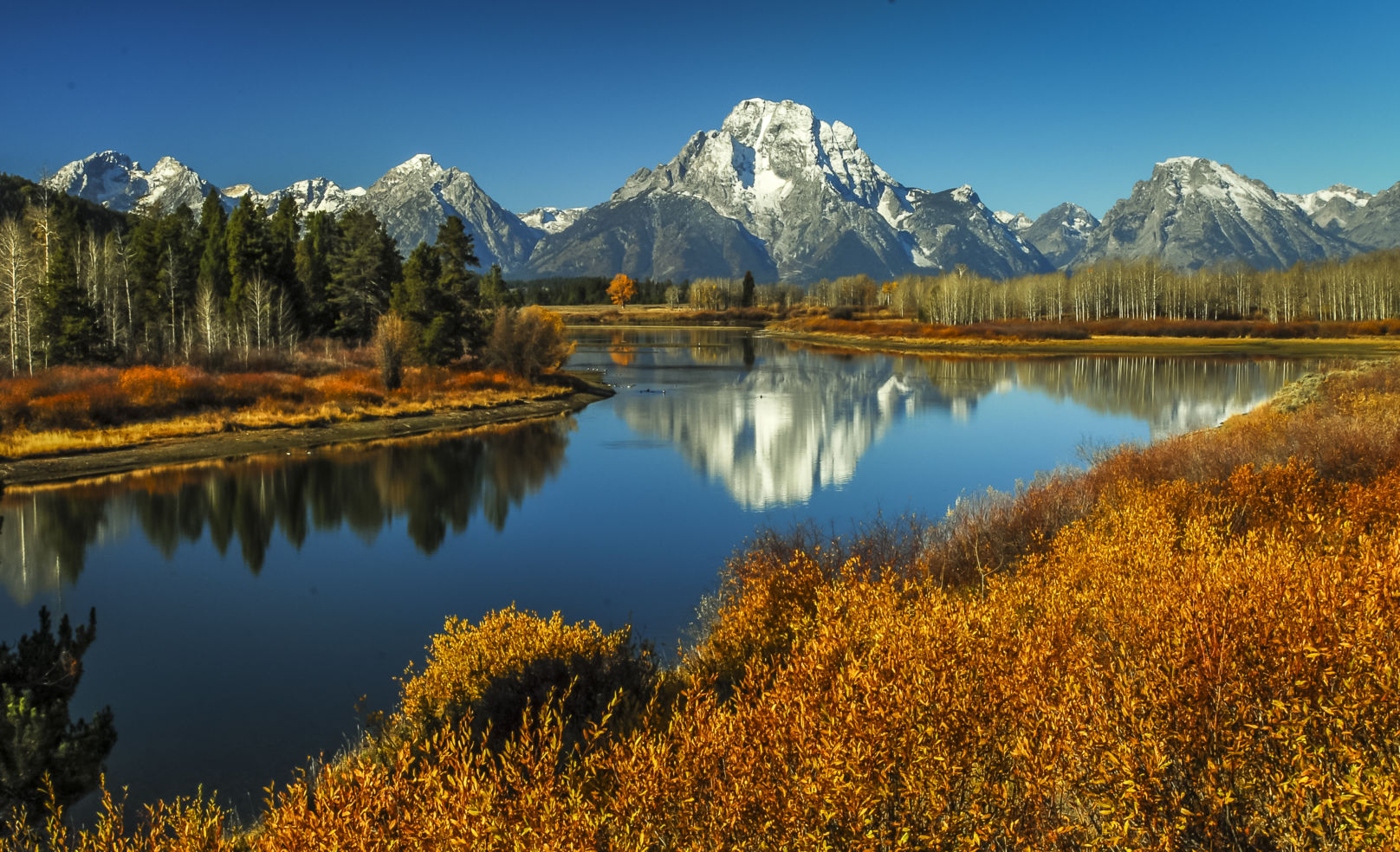 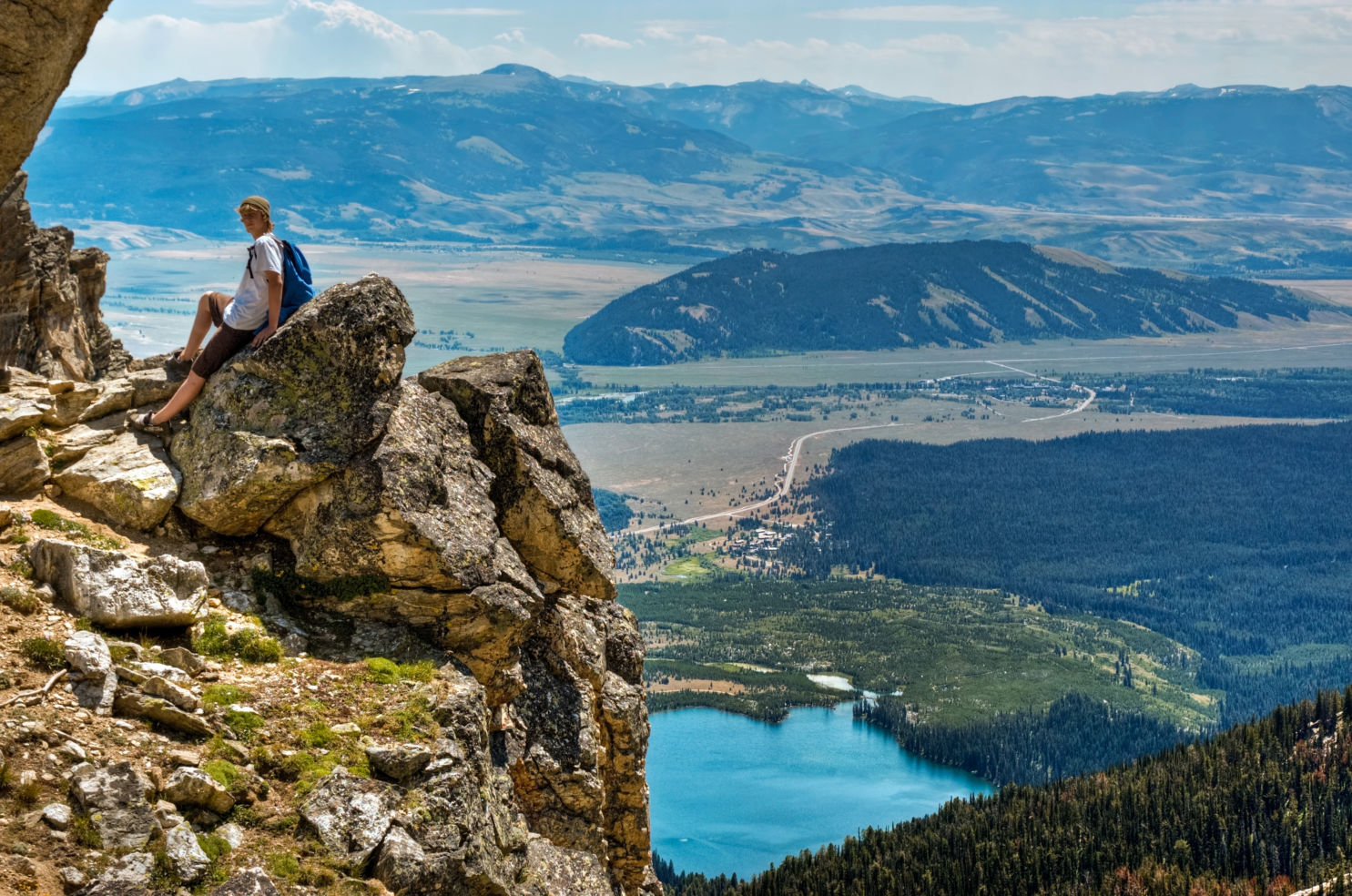 RIDE-HOPPING AT DISNEY WORLD, ORLANDO, FLORIDA Those about to embark on the world of parenting probably will have plenty of theme parks in their future, but it’ll be awhile before they can appreciate the major stomach-dropping fun of roller coasters and other whiplash-inducing rides again. Do them now, when you don’t mind waiting in line.
Why It's Perfect For a Pre-Babymoon: Read the signs at the amusement park of your choice, including Disney. Pregnant women are generally advised not to ride roller coasters, unless they're verrrrry slow-moving ones.

RIDE-HOPPING AT DISNEY WORLD, ORLANDO, FLORIDA (continued) BT has lots of insider tips of how to dine well on the cheap at Mickey’s Florida home. One of our favorites: Eat at one of the resorts' full-service restaurants for lunch, when the meals cost less. It’s also advisable to research lodging through Airbnb or a similar service, as those rates will be more affordable than a hotel.

SPELUNKING IN NEW ZEALAND (continued) The country's sweeping balconies and lush greenery help set the scene for the historic Waitomo Caves Hotel, which has a section that dates back to the Victorian era as well as the art deco wing that was built in the late 1920s (from about $67 per night, waitomocaveshotel.co.nz). The nearby Huhu Cafe (from about $5, huhucafe.co.nz) has a long snacks and sides menu—including prawn sliders, mussels and grilled rewana bread—that allows visitors to sample New Zealand cuisine without blowing their budget on a (still reasonably priced) entrée. Lunch specials are also common.

CAMEL RIDING IN ISRAEL Consider a bumpy ride through the desert before getting a baby bump of your own. Tours like those run by Cameland at the Negev Camel Ranch in southern Israel (from about $19.50, cameland.co.il) offer chances to get down and dirty with the “ships of the desert” for anything from an hour to a few days.
Why It's Perfect for a Pre-Babymoon: Being jostled by a dromedary is more fun when there's just one of you onboard. Pregnant women (and people who suffer from back problems) are cautioned to abstain from riding camels.

CAMEL RIDING IN ISRAEL (continued) At the Negev Camel Ranch, there are also options to sleep in eco-friendly desert huts (from $56 per night) or eat breakfast ($12 per meal) or dinner ($17 per meal). Feel more comfortable looking than touching? Entrance to the camel farm, which was established in 1986, is free.

GOING ON SAFARI IN SOUTH AFRICA Skip the zoo and see wild animals in their natural habitat in South Africa’s Kruger National Park. A three-day camping safari with tour operator Kruger Park comes with five meals, lodging in a domed tent, entrance fees into the park, and a sunset drive (about $347 through September, krugerpark.com).
Why It's Perfect for a Pre-Babymoon: South Africa is gorgeous, but it's also a malaria zone, and pregnant women are considered to be a "high risk" patient group. Although malaria can be treated, the risk of complications is higher for pregnant women, very young children, and the elderly. Should you decide to go pre-kiddos, you'll be in good company: Actors Kristen Bell and Dax Shepard took a trip to Africa before they had children, resulting in this hilarious video, set to Toto's song "Africa."

GOING ON SAFARI IN SOUTH AFRICA (continued) Also included with Kruger Park's three-day safari: guided drives inside the park. Keep your eyes peeled and see how many of the park's 147 mammal species you can count—including the Big 5 (lions, leopards, rhinos, buffalo, and elephants).

DOWNHILL SKIING IN WHISTLER, BRITISH COLUMBIA It’s all downhill from here: Enjoy skiing and sledding during a winter getaway at Whistler Blackcomb Ski Resort before cozying up with hot cocoa (the latter of which should always be encouraged, with or without a baby). After working up an appetite on the slopes, refuel with the three-course surf and turf dinner at Sidecut steakhouse (about $30, sidecutwhistler.com).
Why It's Perfect for a Pre-Babymoon: Because the body's center of gravity changes while pregnant, falls while engaging in activities like skiing are more common, and reaching emergency services can be more difficult when you're out on the slopes rather than at home. In other words: Slice through the powder now; shake the Johnson's baby powder later. Once your little pro hits three years old, you can take her out on tiny skis of her very own.

DOWNHILL SKIING IN WHISTLER, BRITISH COLUMBIA (continued) The tourist mecca has no shortage of hotels, including the Aava Whistler Hotel near the Visitors Centre and Blackcomb (from $97 per night, aavawhistlerhotel.com).

ROAD-TRIPPING ON ROUTE 66 Get your kicks before you feel kicking and enjoy a road trip through America’s heartland. Route 66 is a long and winding commitment, so those who don’t have time to see it all should pick choice destinations. Budget Travel has a handy guide to roadside attractions, including public art installation Cadillac Ranch in Amarillo, Texas, and the Wigwam Motel in San Bernardino, California, which doubles as a resting option for those who aren’t RVing (from $73 per night, wigwammotel.com).
Why It's Perfect for a Pre-Babymoon: No judgment if you decide to ride with a bun in the oven, but on a road trip as long as this one, frequent bathroom breaks might stretch the itinerary a wee bit longer than anticipated.

ROAD-TRIPPING ON ROUTE 66 (continued) There are plenty of places to eat along the road, most of which dabble in Americana. Pops Soda Ranch in Arcadia, Oklahoma, serves more than 700 kinds of drinks (pops66.com), and the Big Texan Steak Ranch in Amarillo, has what it calls a tribute to the Travel Channel show Man v. Food: an 18-oz sirloin, shrimp, baked potato, salad, and a roll for $26 (bigtexan.com).

VISITING TSUKIJI FISH MARKET, TOKYO Tourists line up as early as 3 a.m. at the world's most famous fish and seafood market in the hopes of being some of the few allowed in each day to watch the legendary frozen tuna auction.
Why It's Perfect for a Pre-Babymoon: Even though it may be OK to eat some kinds of sushi while pregnant, the smell of raw fish early in the morning has the potential make some pregnant women so nauseated that it takes all of the fun out of catching a glimpse of the famous market.

VISITING TSUKIJI FISH MARKET, TOKYO (continued) After you see all the action, find a breakfast of sushi and sake or other surprises from the restaurants and food stalls on the markets’ side streets. But go soon: Tsukiji is moving to a new location across Tokyo Bay in November.

INDULGING IN SPA TREATMENTS IN HOT SPRINGS, ARKANSAS Once known as a relaxing joint for Al Capone and other gangsters to cool their heels, the tiny town of Hot Springs in central Arkansas is now an attraction for non-mafiosos. There are museums and historical tours, but the real focus is on the bathhouses with saunas, soaking tubs, and spa services like deep-tissue massages.
Why It's Perfect for a Pre-Babymoon: Prenatal massages are perfectly fine, but the unique spa services Hot Springs is most famous for—saunas, soaking tubs, and deep-tissue massages—are all activities that pregnant women are encouraged to avoid.

INDULGING IN SPA TREATMENTS IN HOT SPRINGS, ARKANSAS (continued) It costs $20 a person to try a dip in the thermal pools at the Quapaw Baths & Spa, which also has other treatments like massages and facials (quapawbaths.com). Down the street is the Springs Hotel, which also has its own spa (from $70 per night, thespringshotelandspa.com). Have a burger and a shake afterward at the Purple Cow diner, a favorite of the area ($11, purplecowlr.com).

SAMPLING BREWS AT OKTOBERFEST, MUNICH, GERMANY Willkommen to perhaps the longest-running wedding reception, as Oktoberfest is the commemoration of the 1810 nuptials of King Ludwig I and Therese von Sachsen-Hildburghausen. But it's probably more famous for its celebration of beer—and the many varieties of it.
Why It's Perfect for a Pre-Babymoon: Some studies say light drinking is probably OK for pregnant women, but tossing back more than a couple of brewskis per week is ill-advised. Who wants to bother monitoring every drop at the biggest beer festival in the world?

SAMPLING BREWS AT OKTOBERFEST, MUNICH, GERMANY (continued) Much of Munich is focused on this event, and crowds form early. While it’s free to enter the beer tent area, actually being able to belly up to the bars may require some planning. Tents take reservations ahead of time, which come with vouchers for drinks and, usually, food. More information is available on the Oktoberfest website (oktoberfest.de). Hotels, hostels and other accommodations also go quickly this time of year, and prices fluctuate. Consider a place easily accessible by public transit or car to Thereisienwiese, the space where the event is held.

WHITE-WATER RAFTING IN COLORADO The Centennial State is awash with rafting options, including the Roaring Fork River, which has something for the experienced and the novice. Nicknamed the “Slaughterhouse,” the upper part of the river has one of the state’s few commercially rafted waterfalls while the calmer, lower section is good for kicking back and floating.
Why It's Perfect for a Pre-Babymoon: If you go pre-pregnancy, you can chase the rapids without added fears of seasickness and capsizing.

WHITE-WATER RAFTING IN COLORADO (continued) The river’s proximity to Aspen means good local-favorite eats like sandwiches from Grateful Deli (from $6, gratefuldelinj.com) and New York Pizza (from $4.50 per slice, 970/920-3088). The St. Moritz Lodge near Shadow Mountain has rooms with kitchenettes as well as hostel accommodations (from $42 per night, stmoritzlodge.com).

ROCK CLIMBING IN GRAND TETON NATIONAL FOREST Explore this national park that BT recently touted for its long trails and peaceful river. A climbing permit isn’t required to scale the Teton range, but those planning overnight visits must obtain a backcountry camping permit from the National Parks Service (from $25, nps.gov). Bear-proof canisters are also required.
Why It's Perfect for a Pre-Babymoon: This trip—and all the epic activities it offers—is ideal to take while you still have a sense of gravity and a healthy relationship with altitudes.

ROCK CLIMBING IN GRAND TETON NATIONAL FOREST (continued) Those not wanting to sleep under the stars can rent a bunk from the Grand Teton Climbers’ Ranch ($16 per night for American Alpine Club members; $25 per night for non-members, lodging.americanalpineclub.org) or explore other options inside the park.
Vacationers also frequent Dornan’s, just outside the forest, either for the lodging (cabins start at $125 per night) or to stock up on food and wine from the general store (dornans.com). The family-run institution also includes the Chuckwagon restaurant, which is open during the summer and famously offers an all-you-can-eat dinner starting at $20.

A "babymoon" is a dream trip for sure, but in the age of the Zika virus, some pregnant women are being more careful than ever about where they travel. If you're erring on the side of caution, consider one of these wild "pre-babymoons" perfect for couples to take BEFORE they get pregnant. (Always consult with your doctor before traveling.)

From Florida to Wyoming to Arkansas and beyond, we've rounded up trips that every couples should take while they're still in the "pre-babymoon" stage, with something for every kind of traveler.