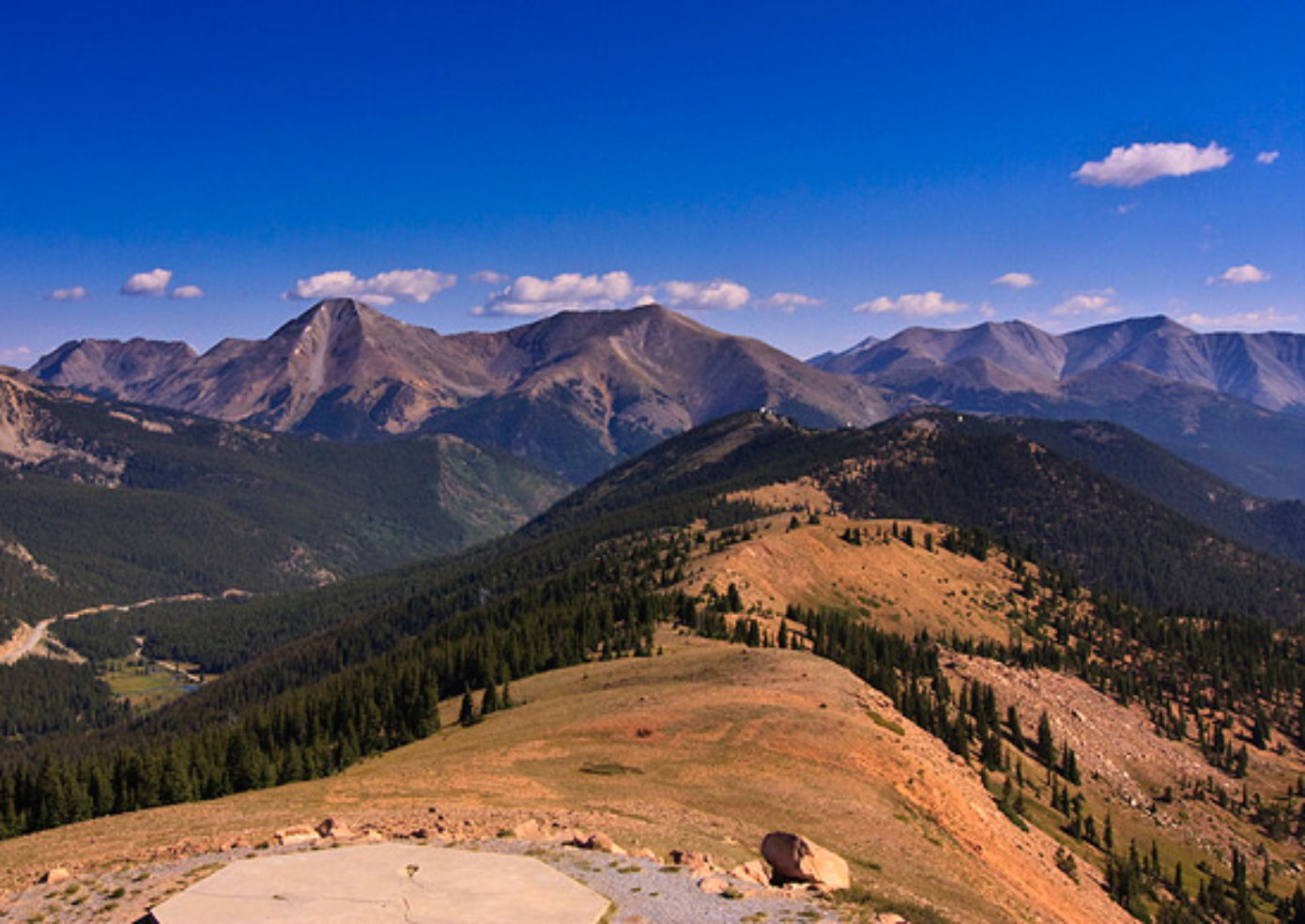 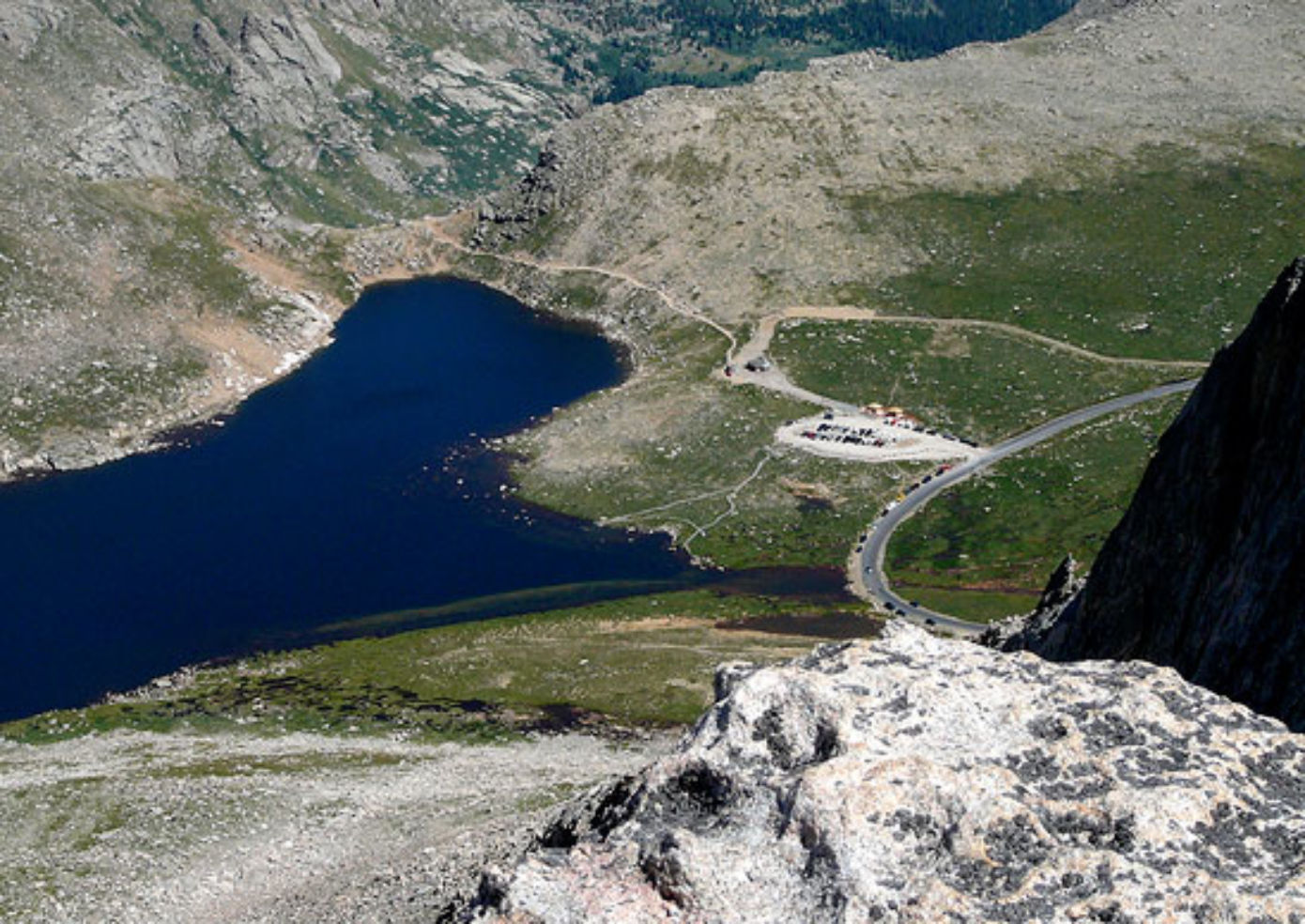 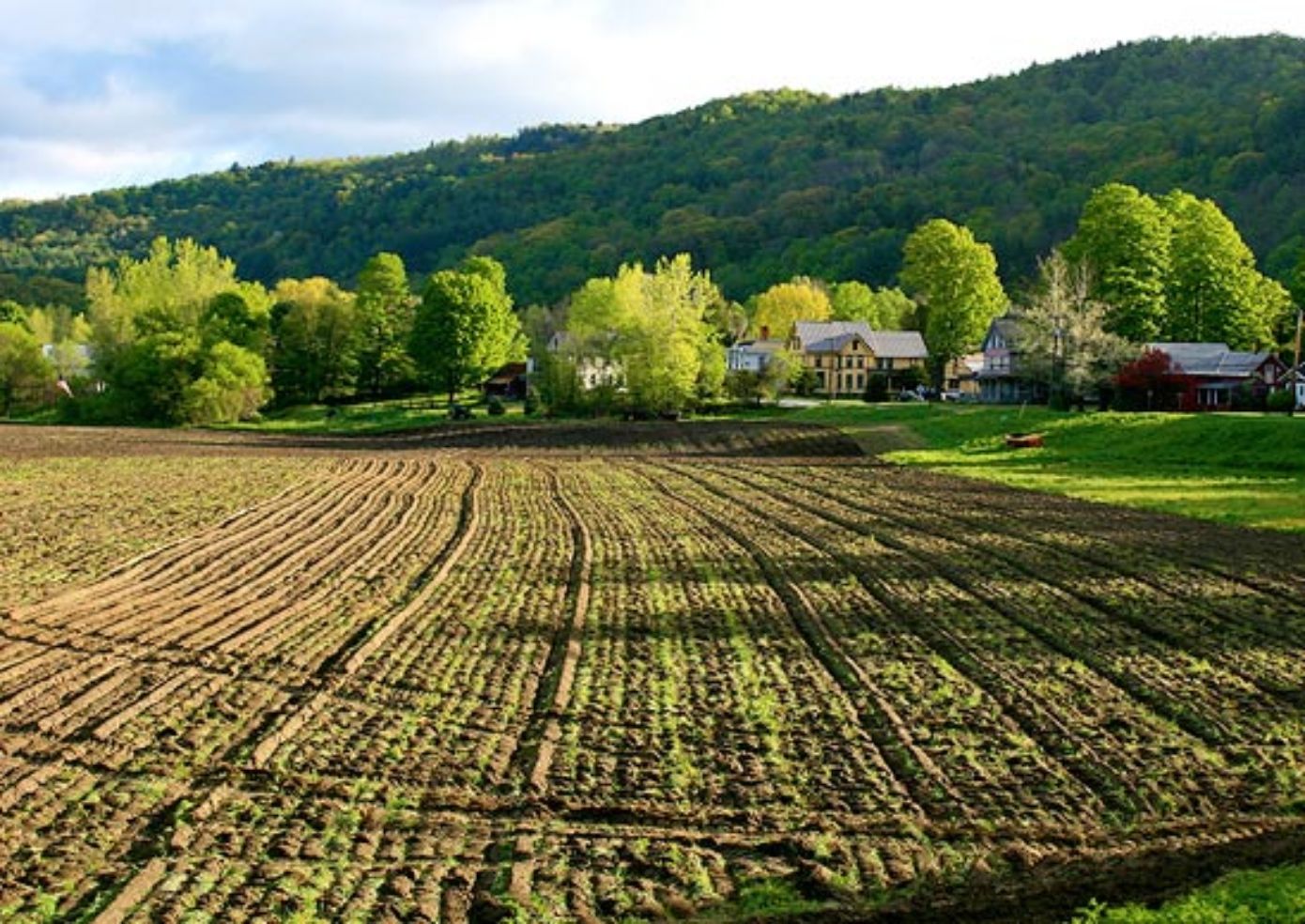 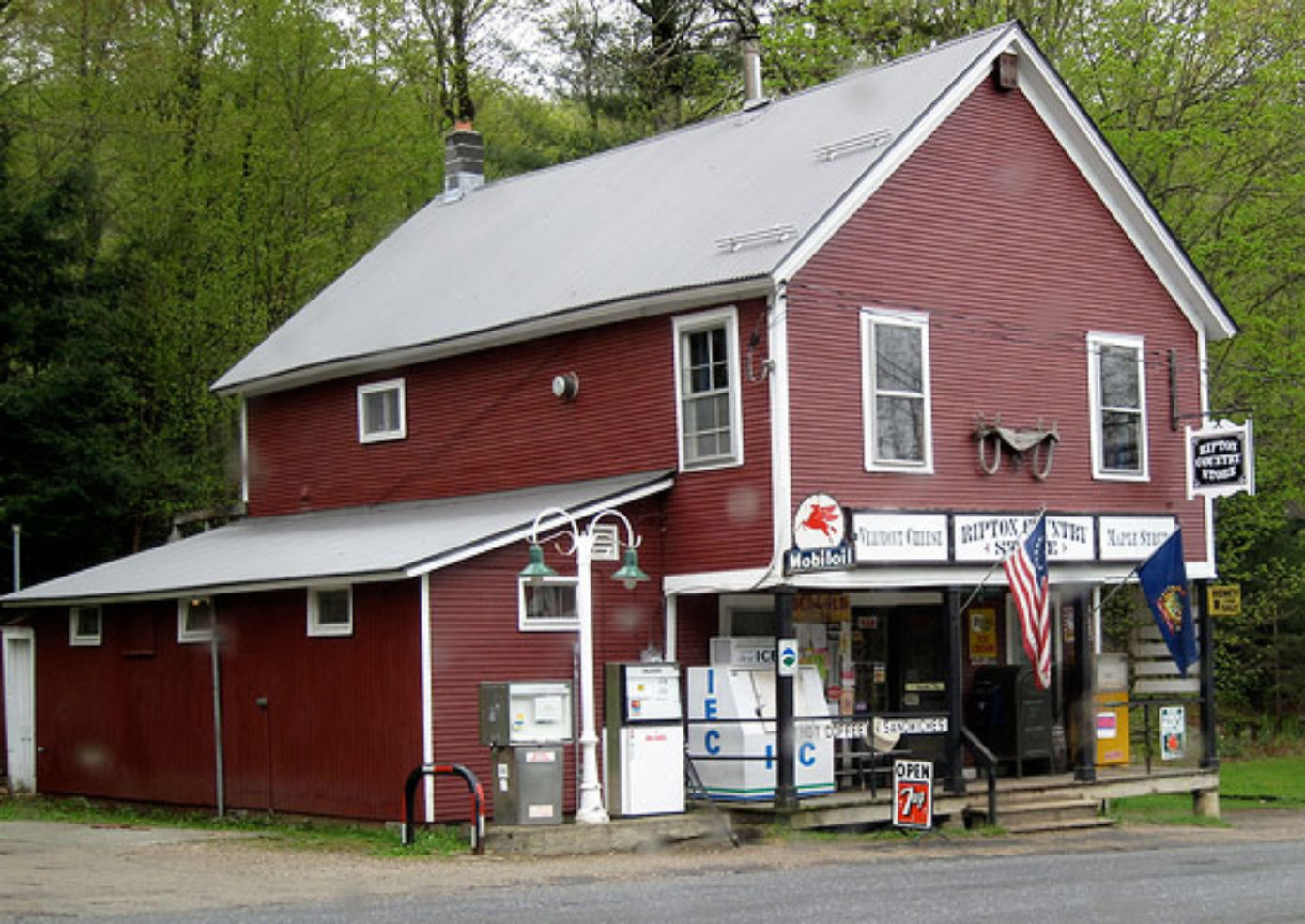 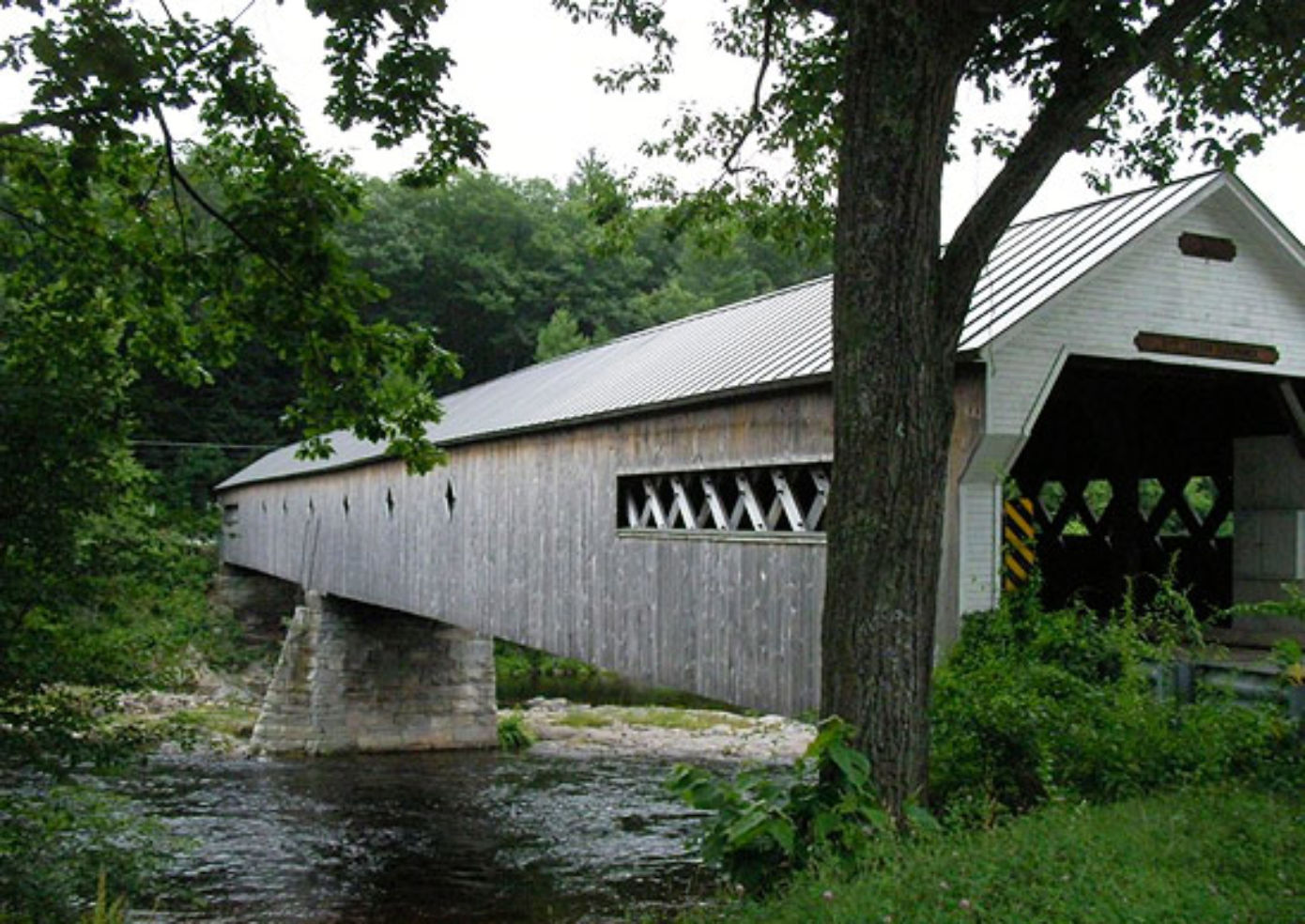 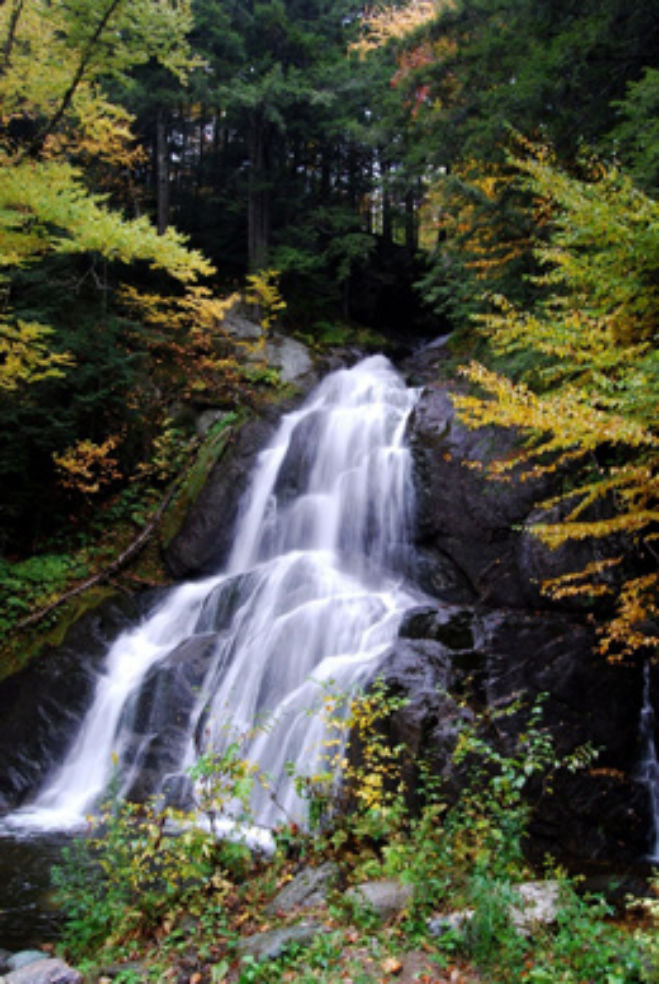 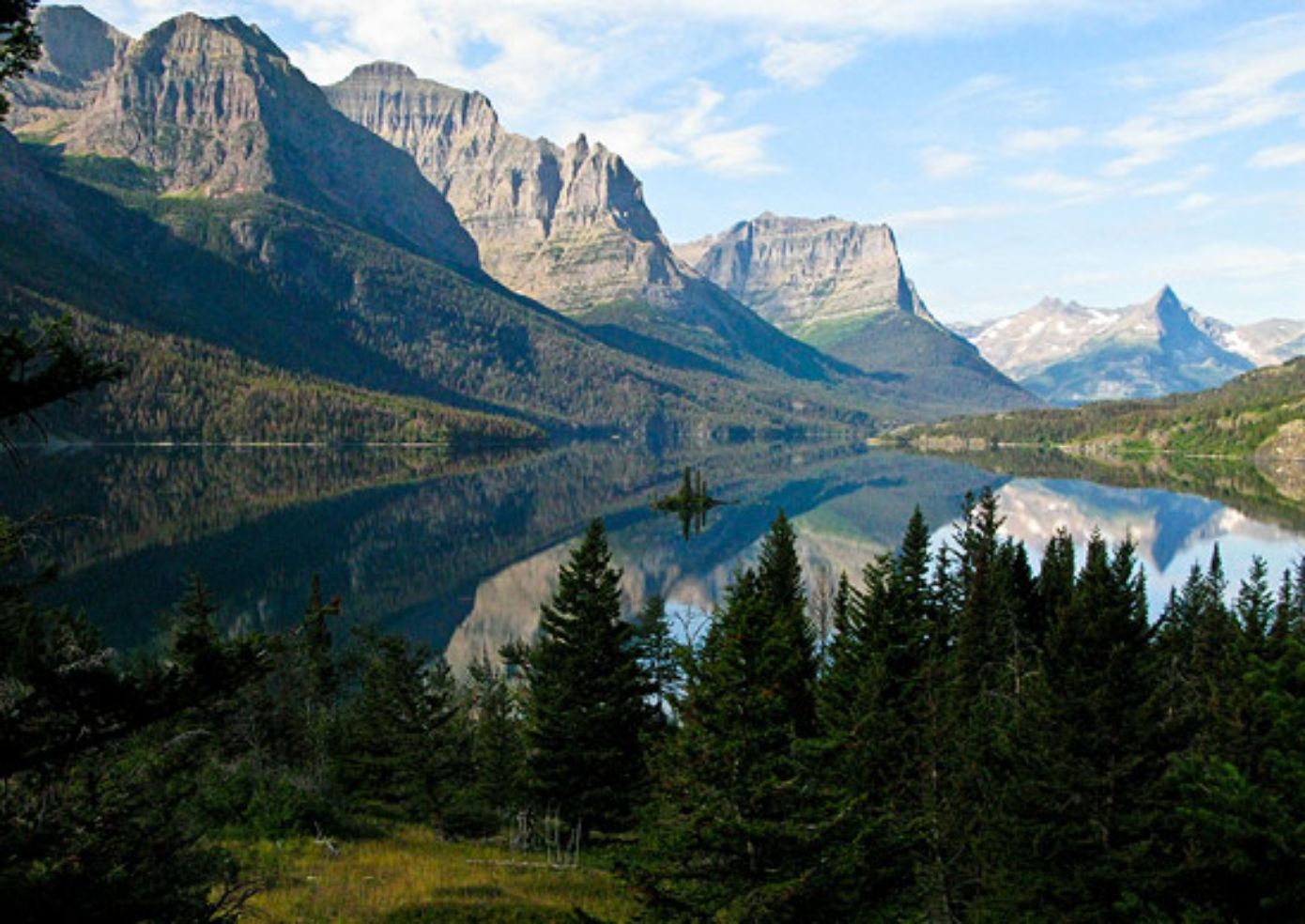 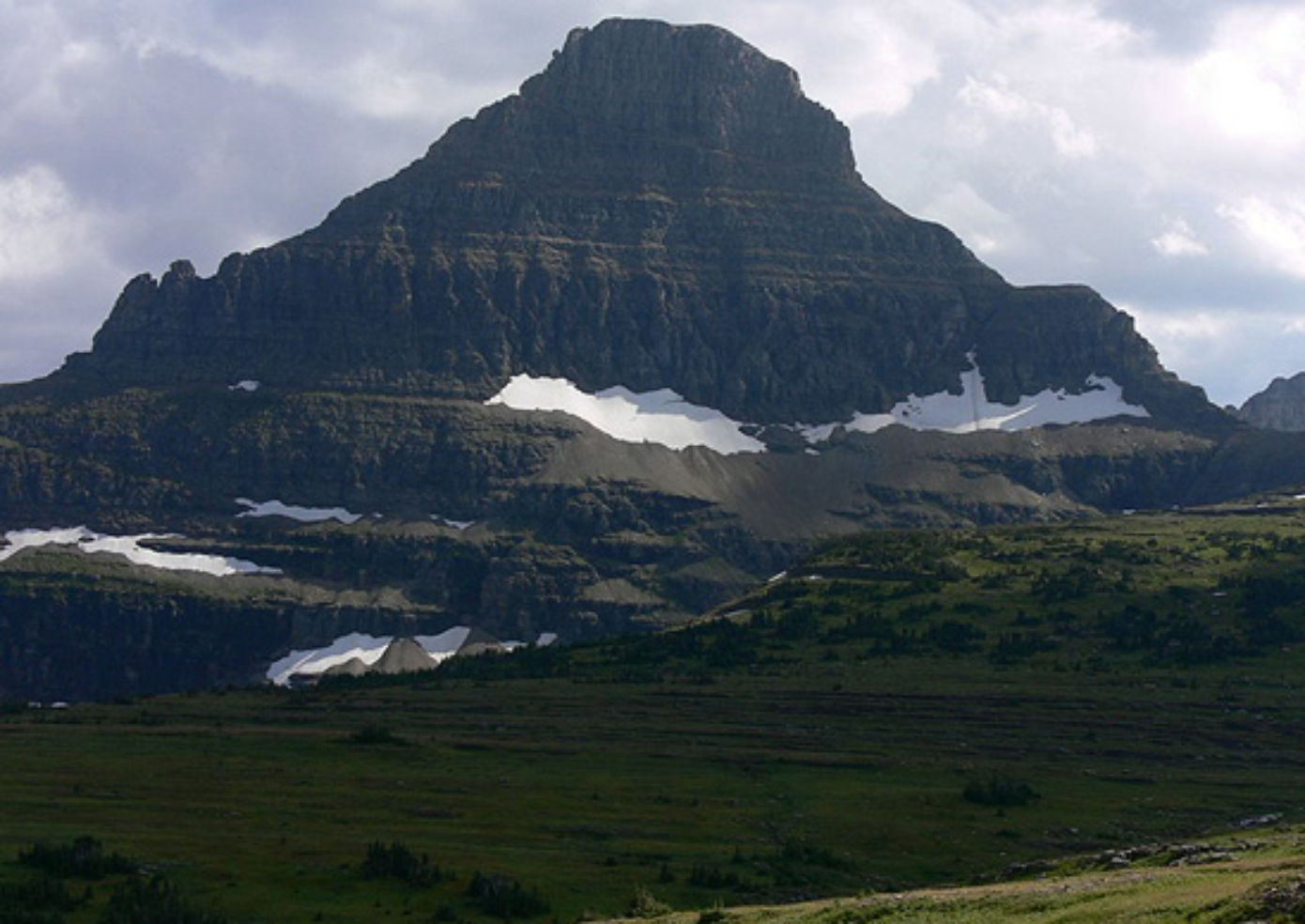 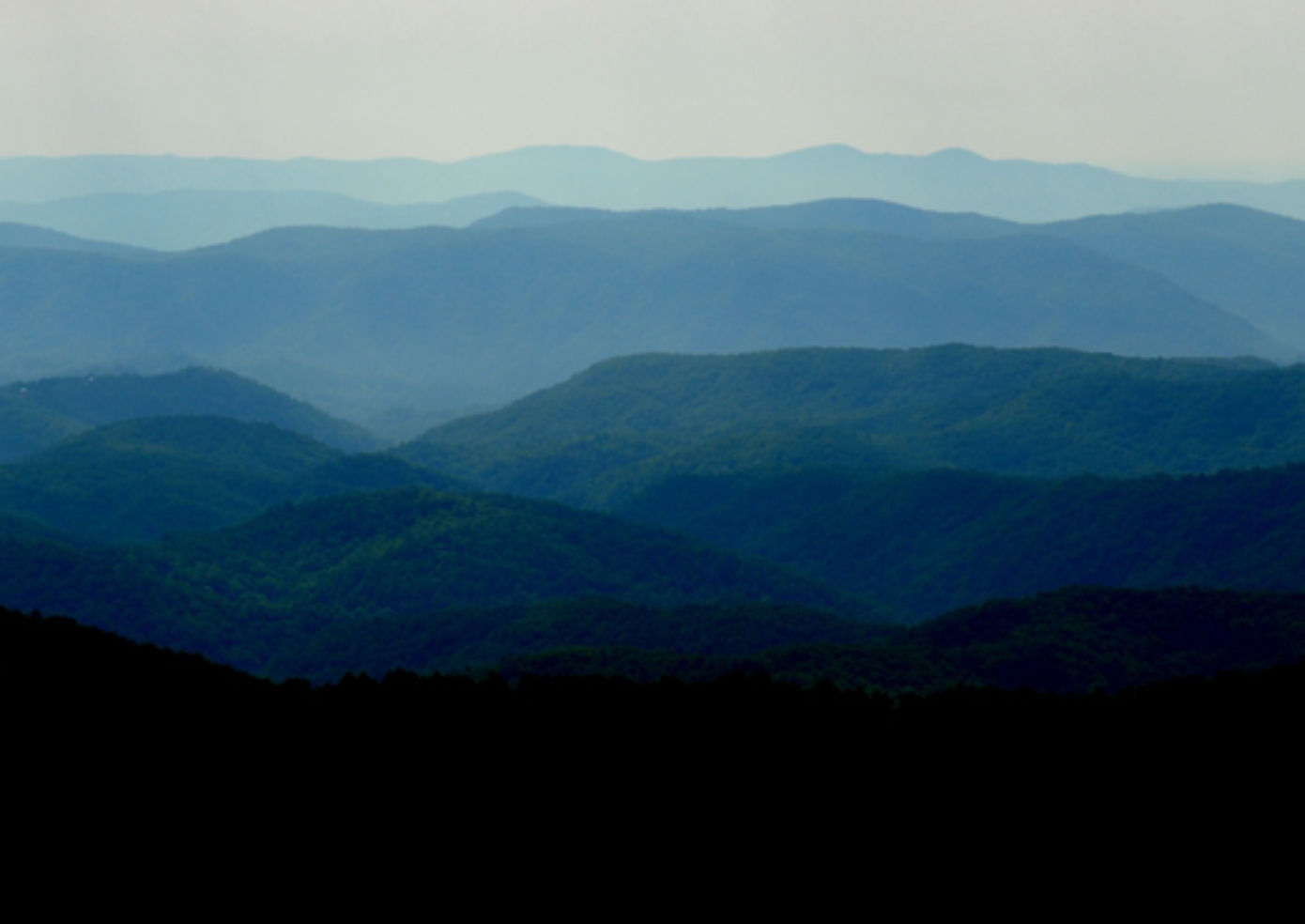 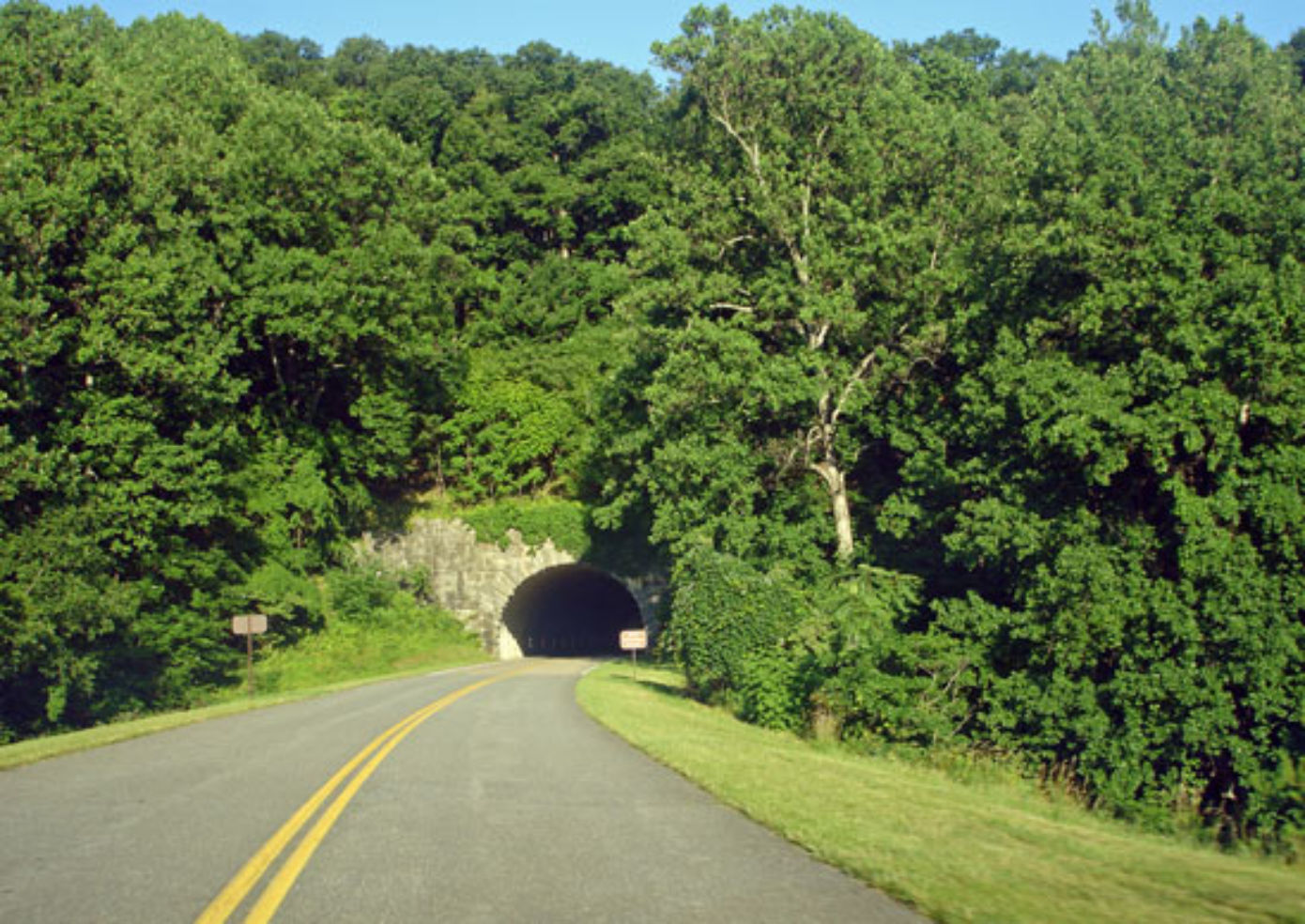 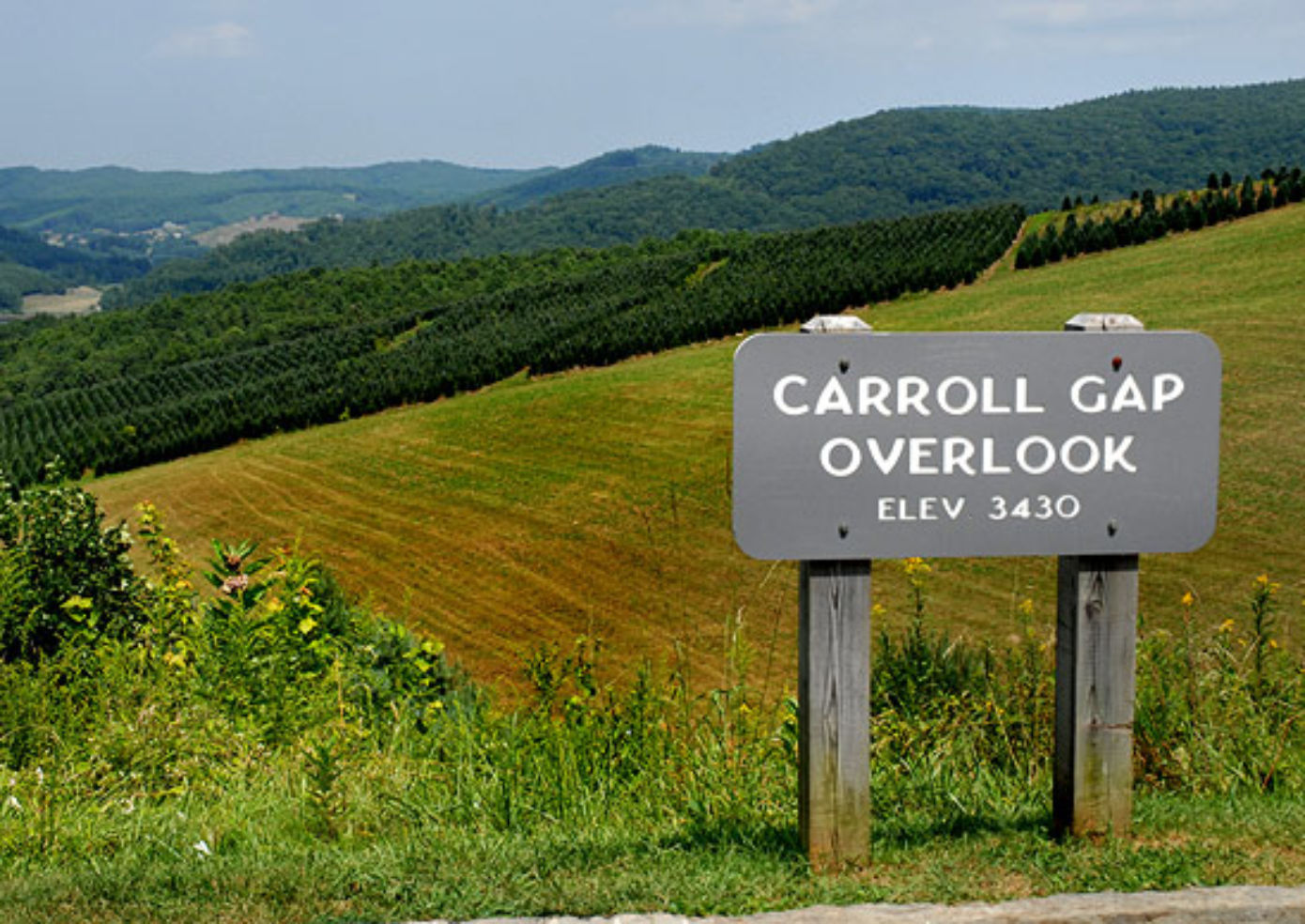 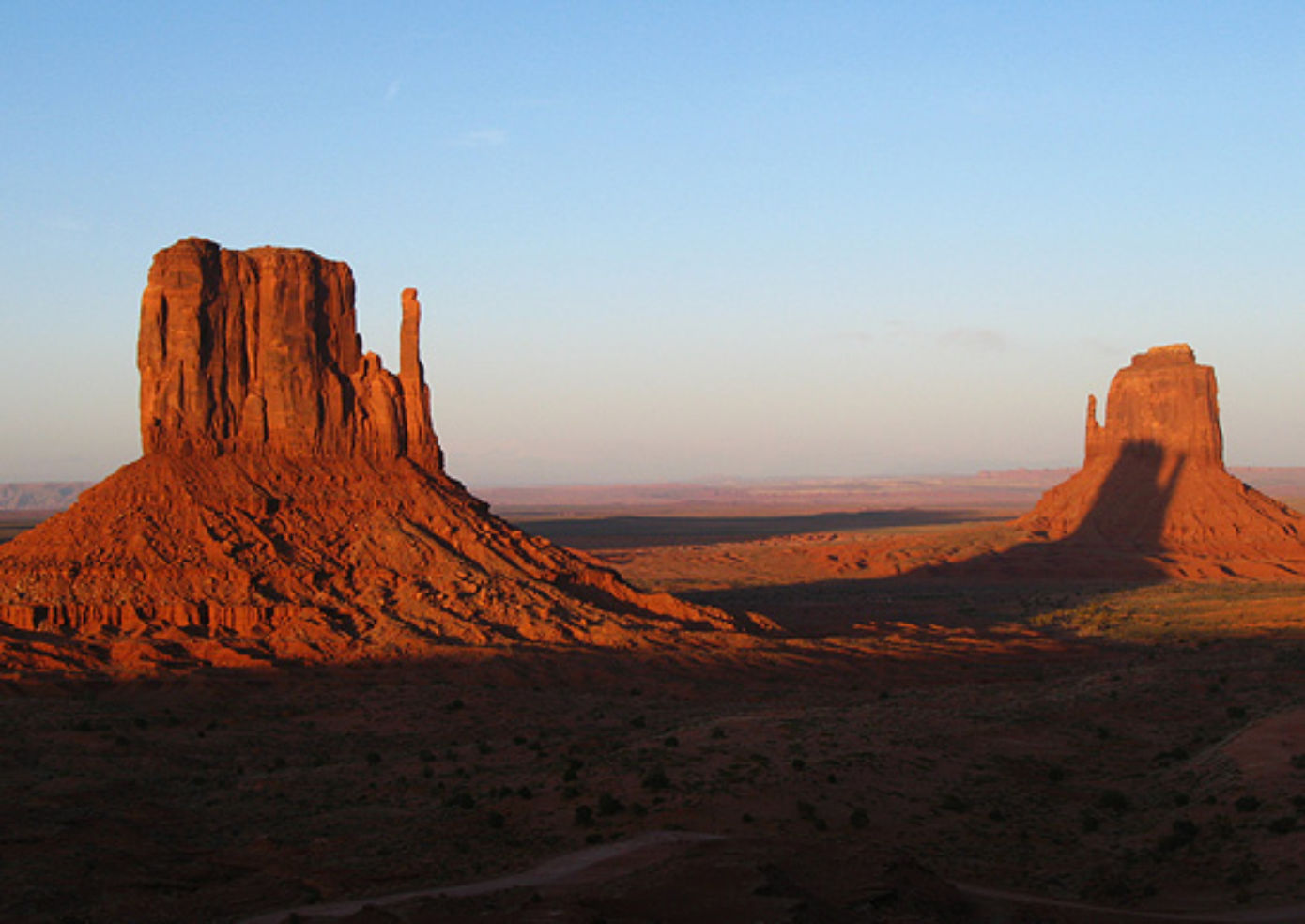 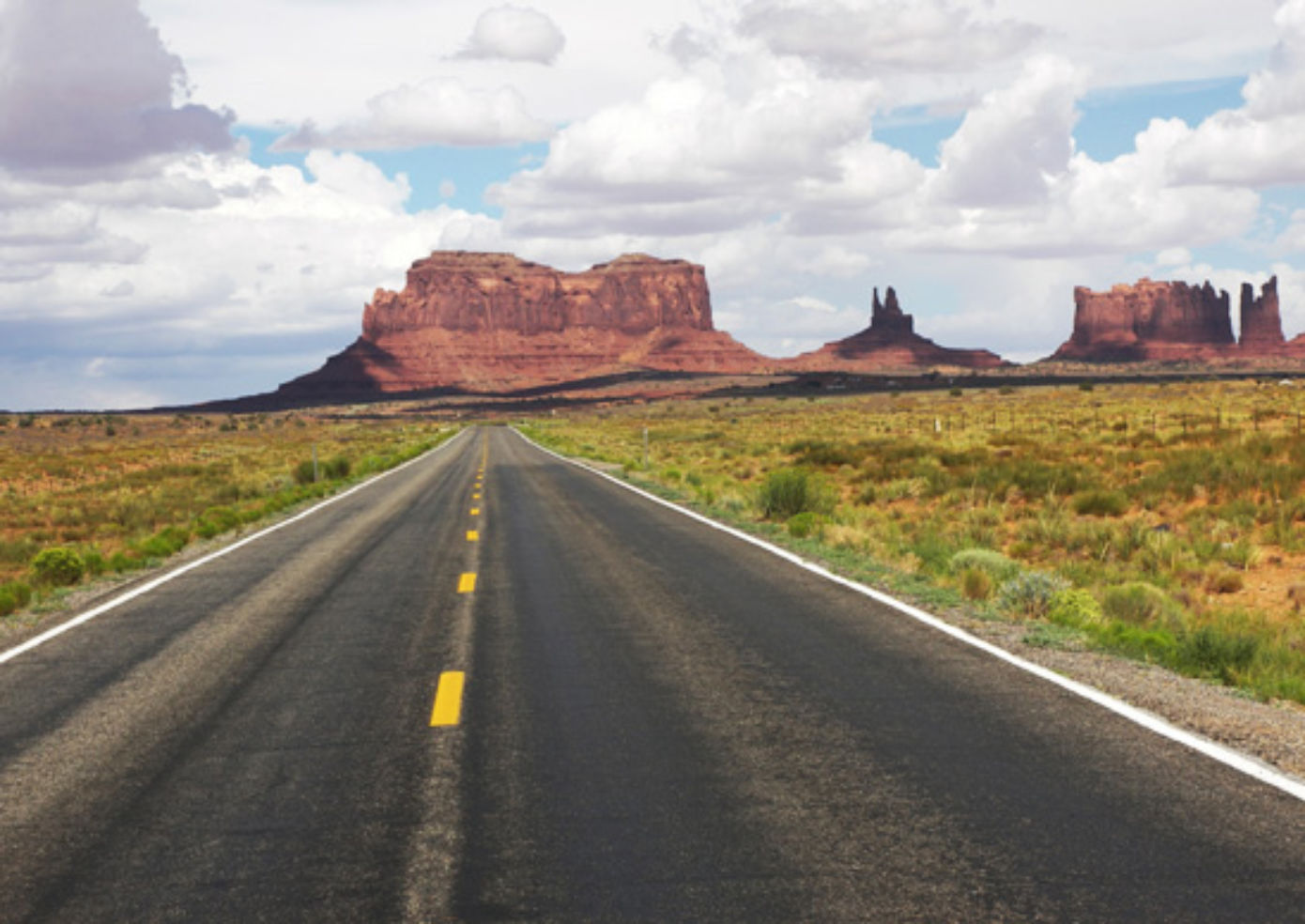 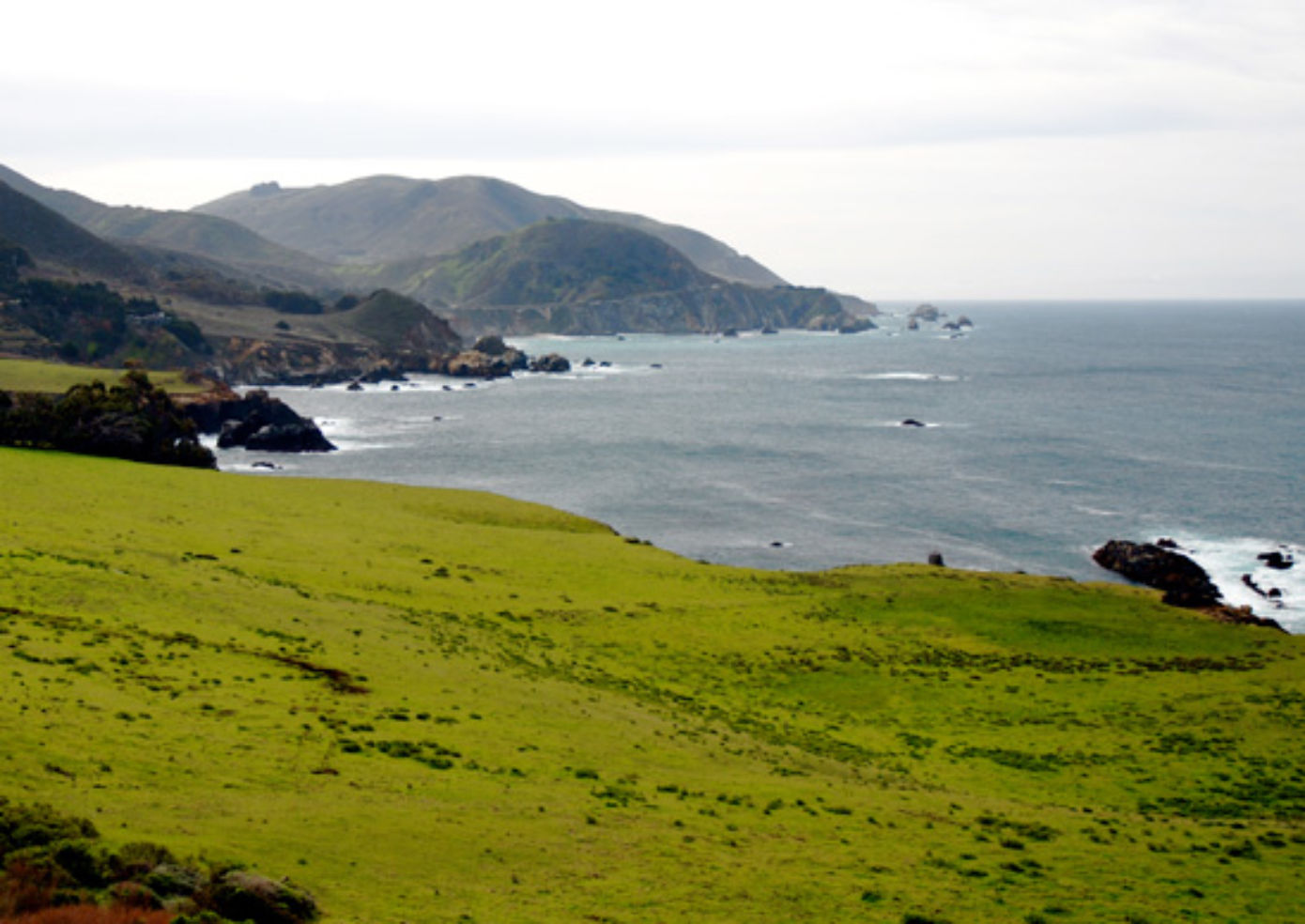 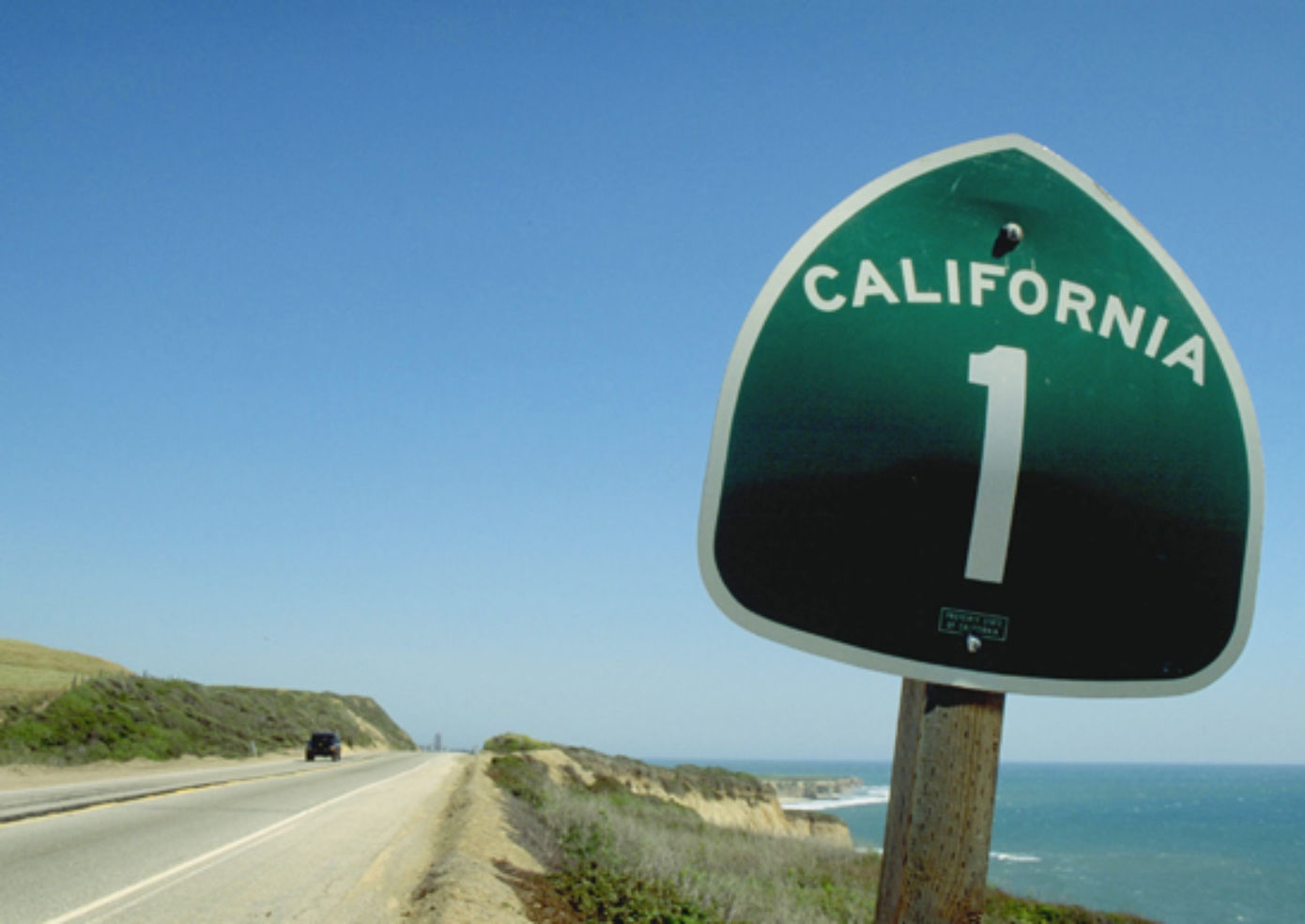 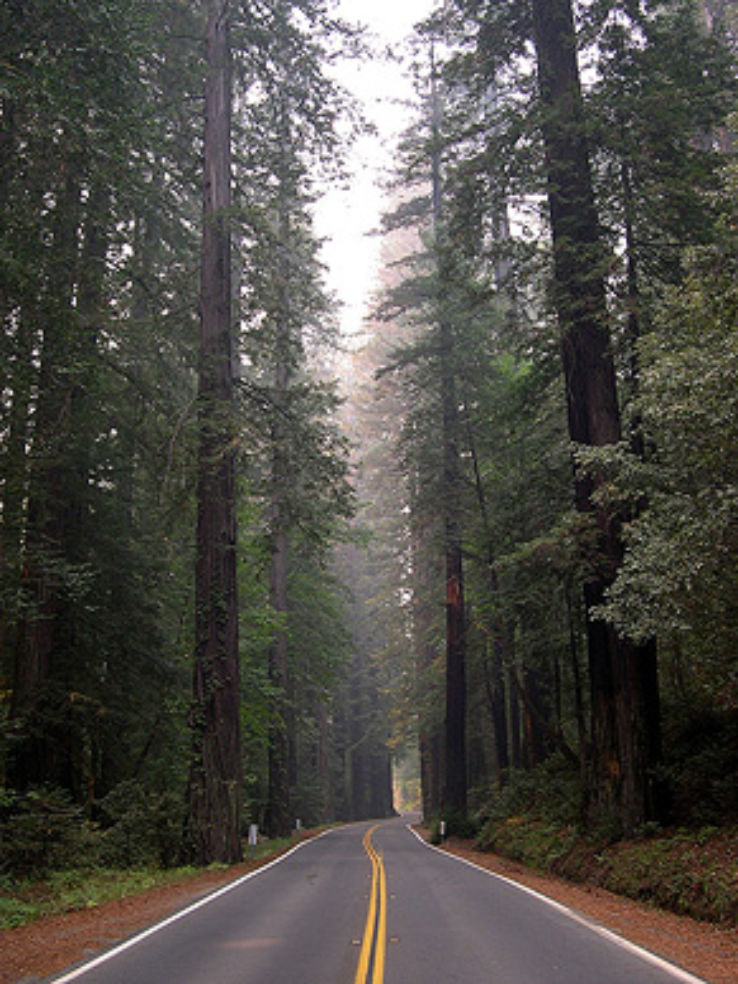 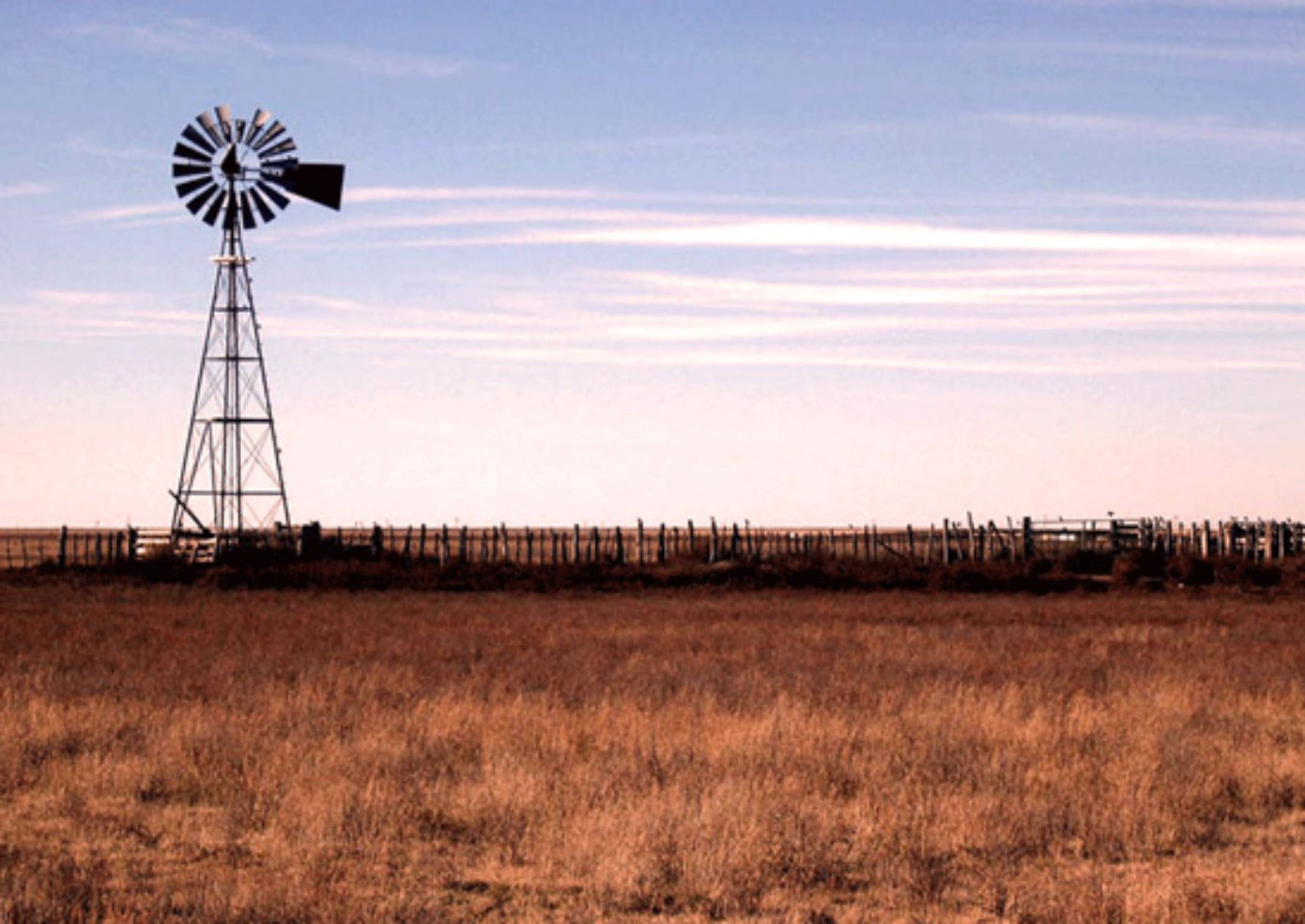 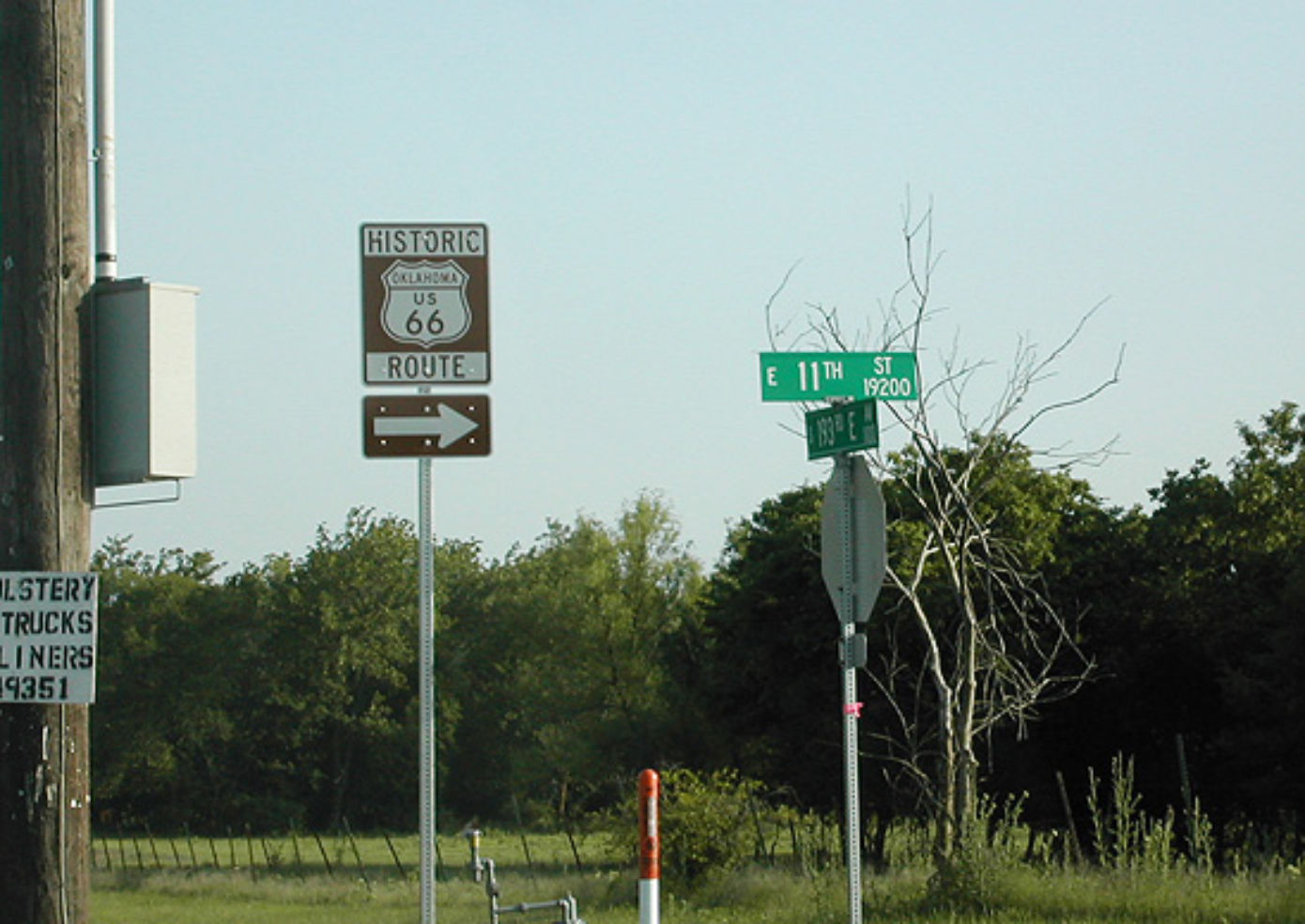 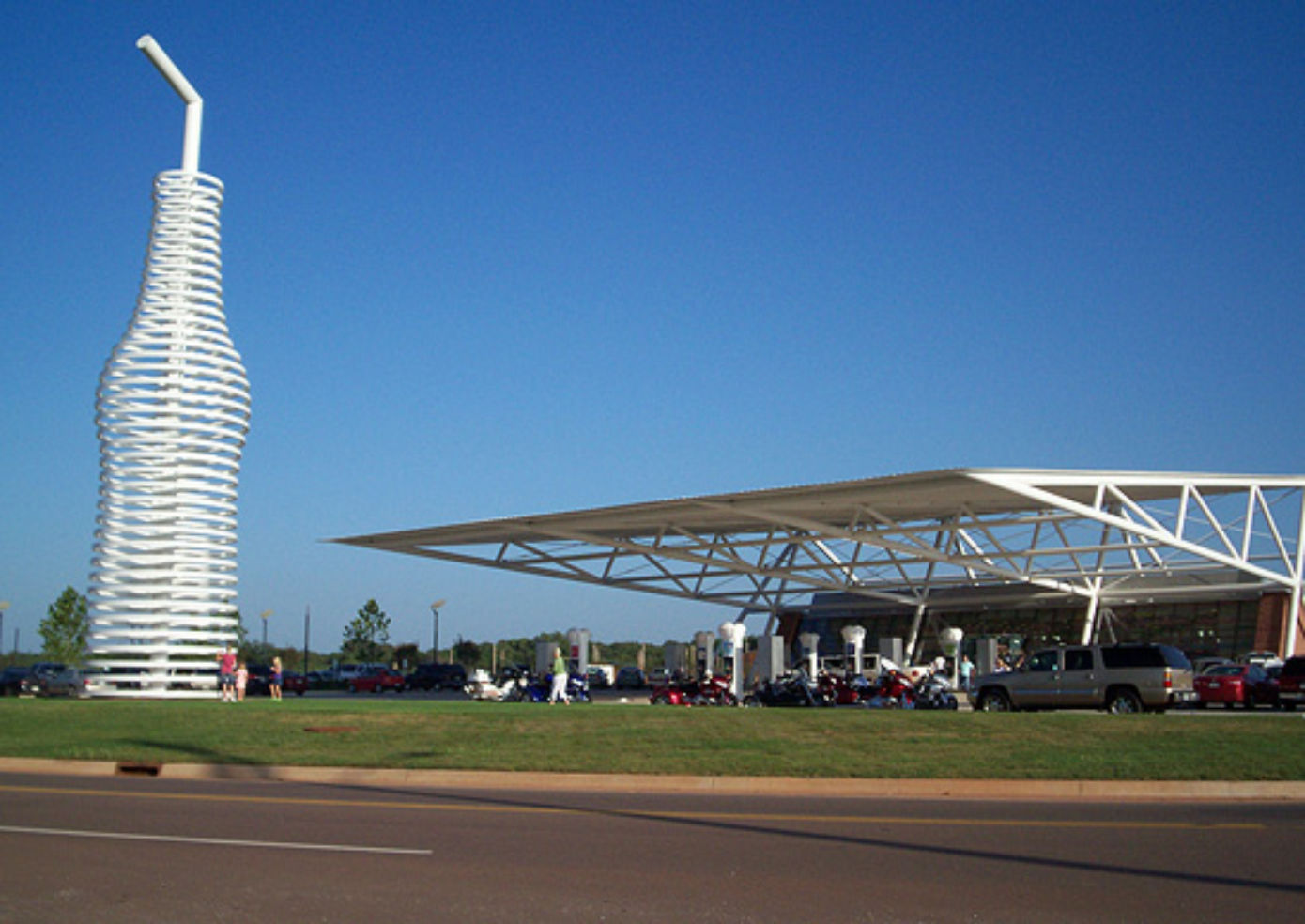 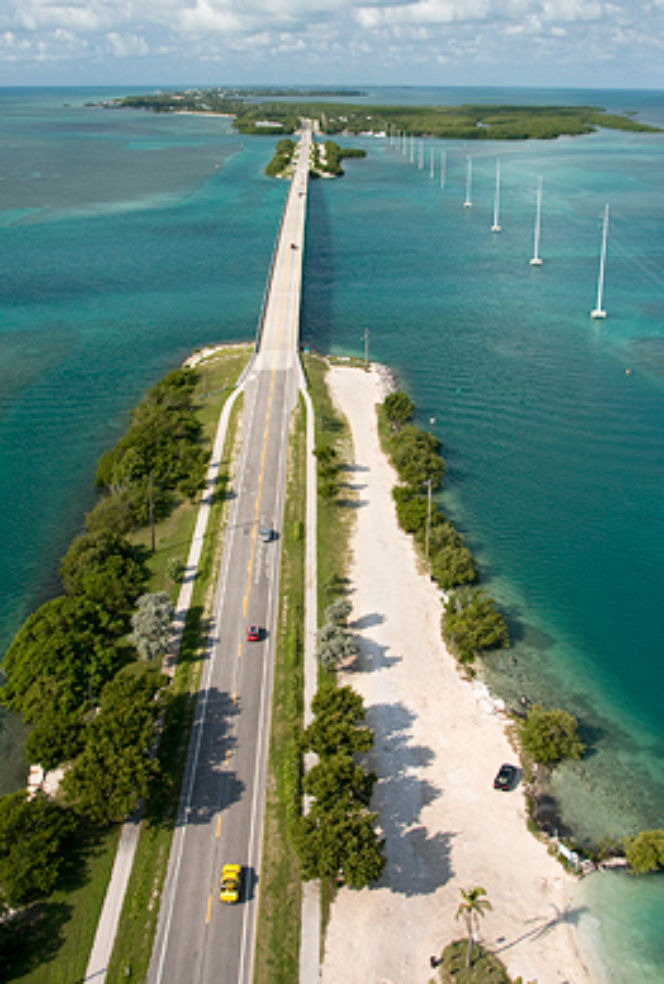 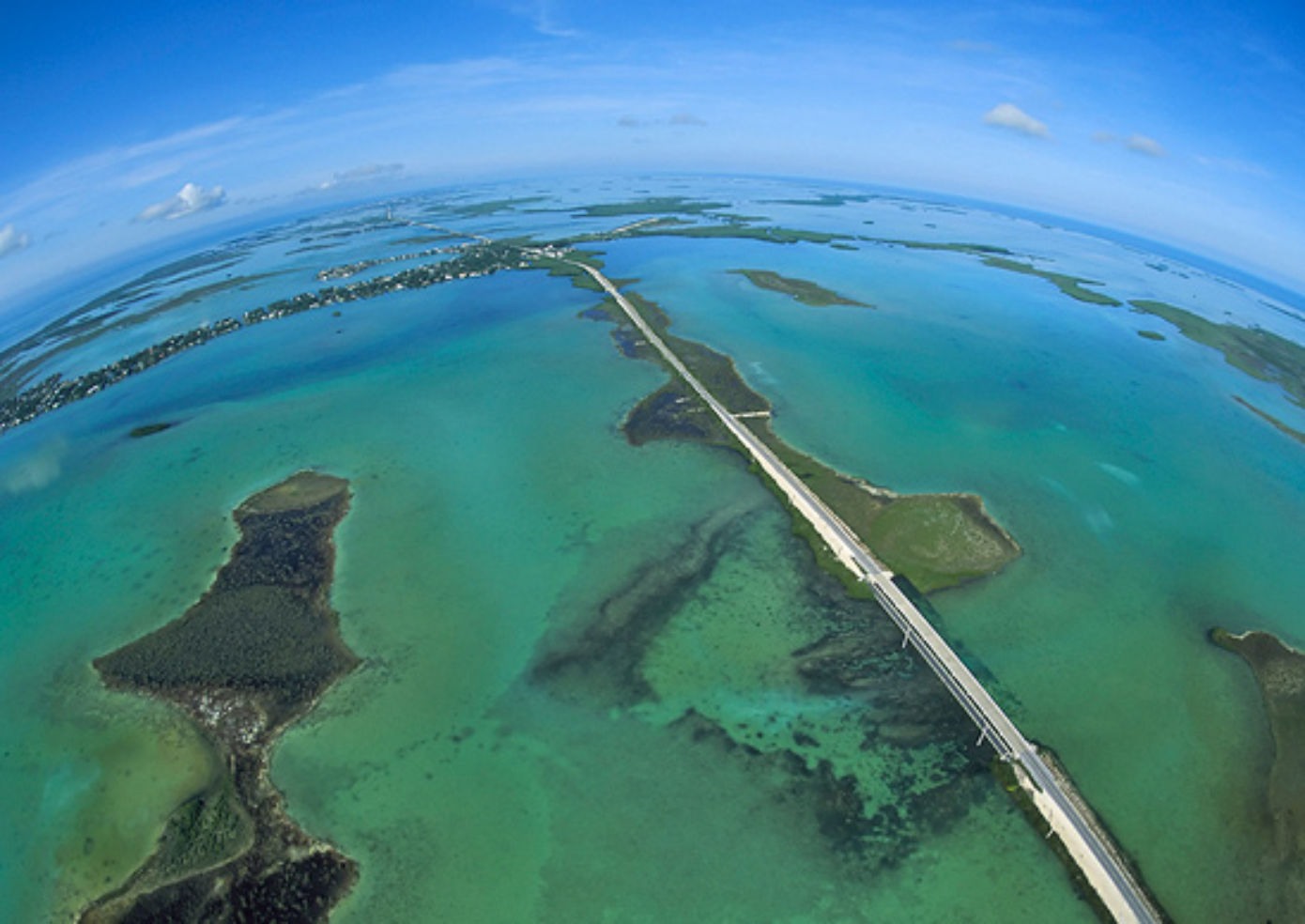 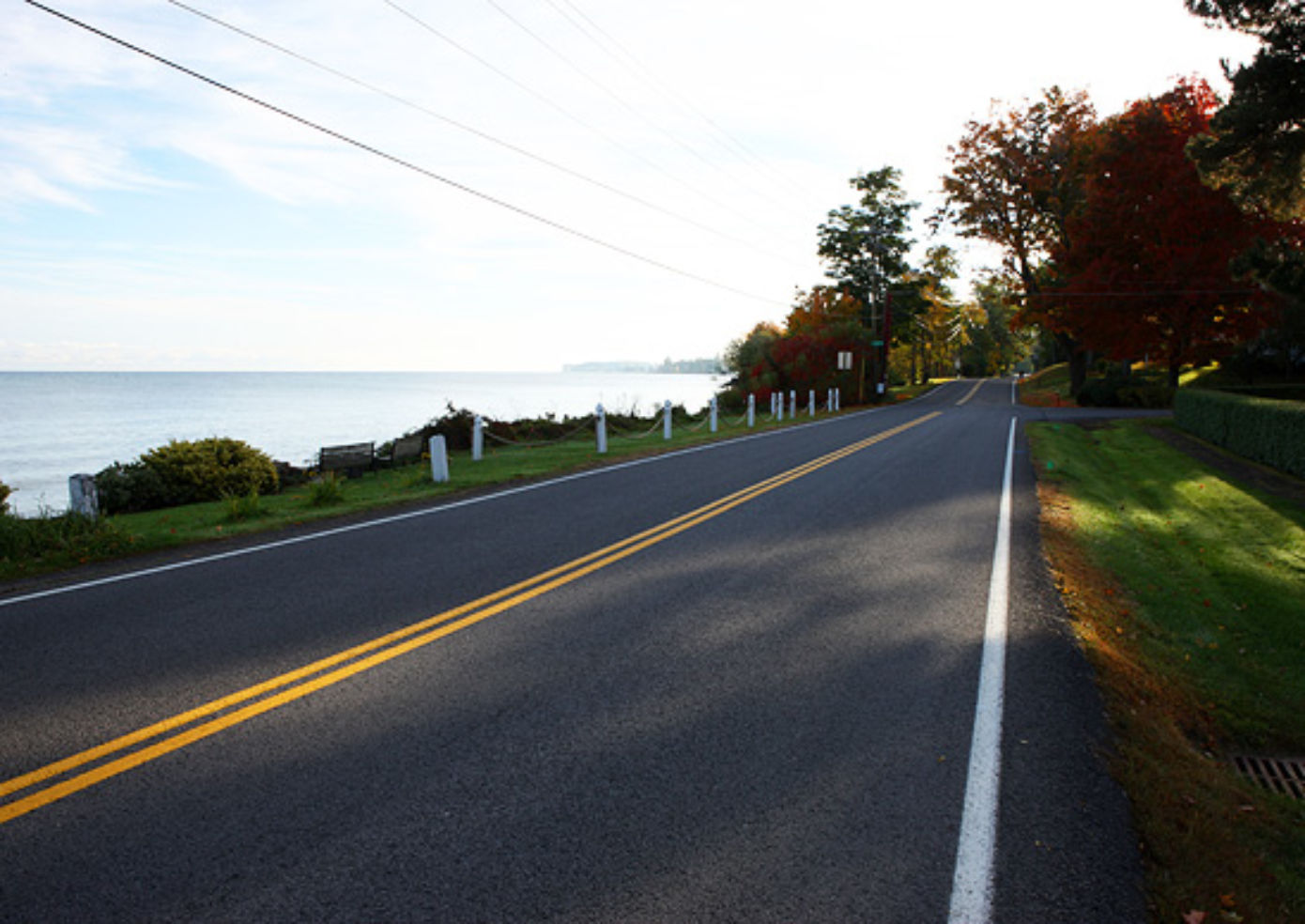 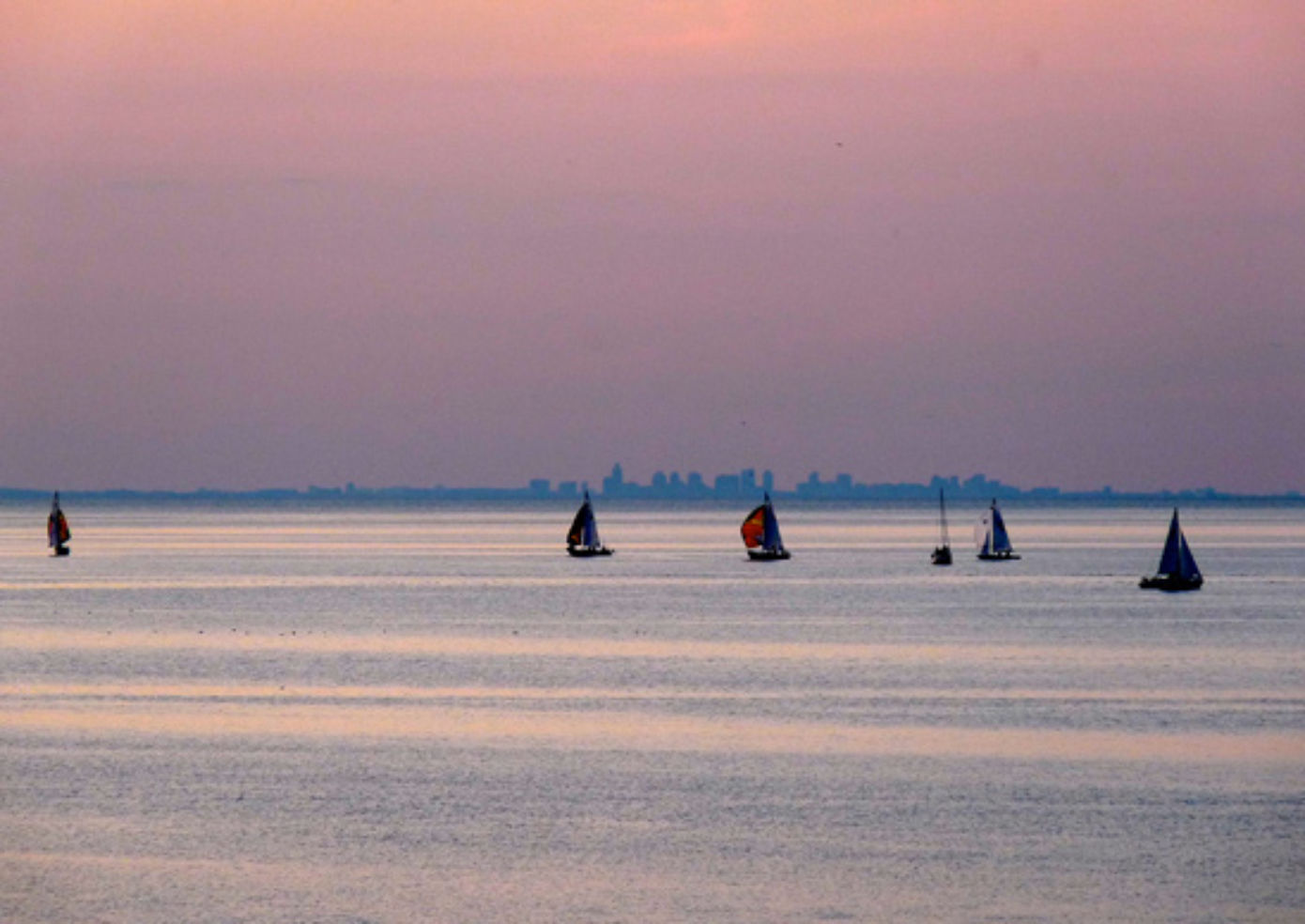 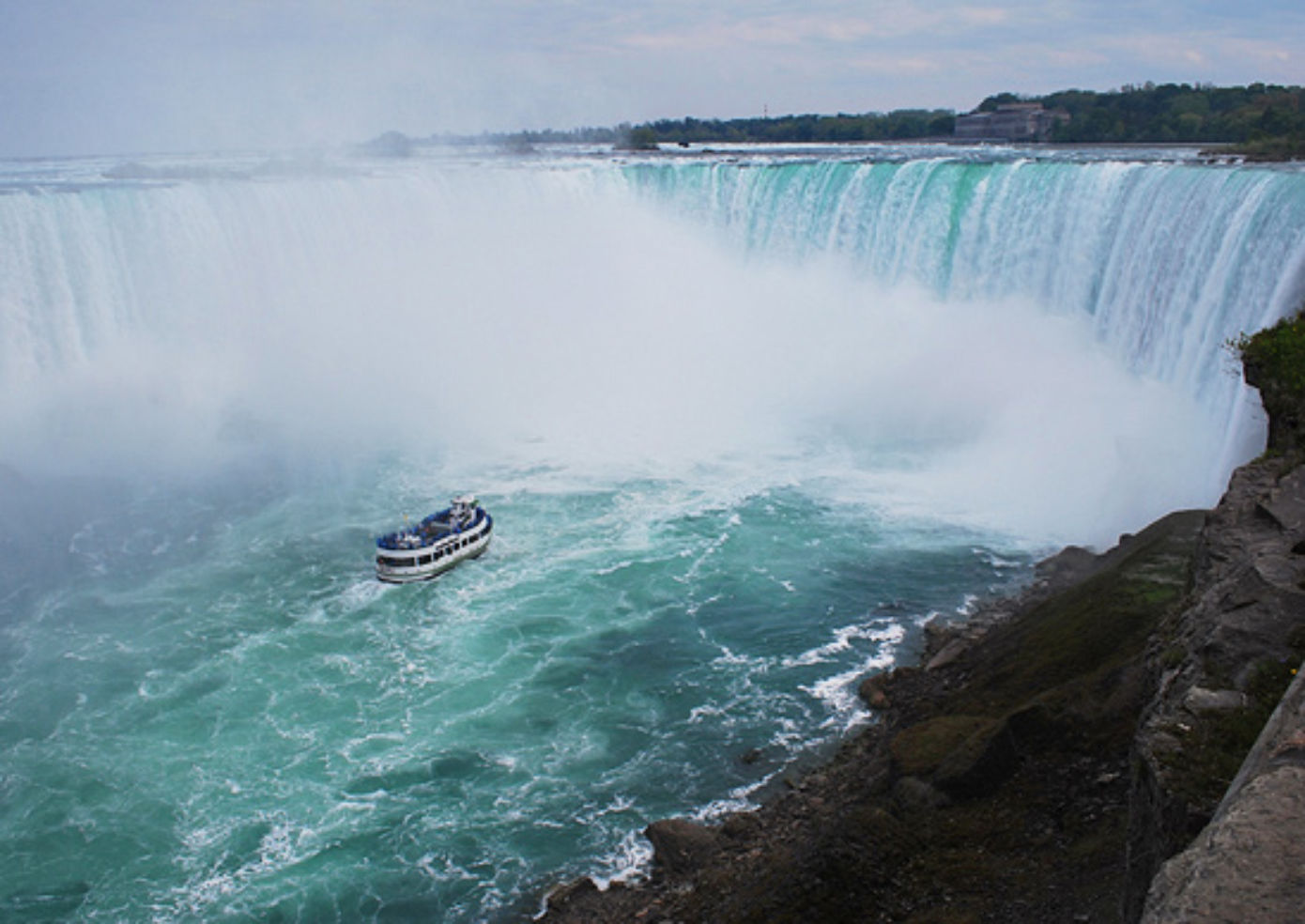 1 / 24 Photos
Mount Evans Scenic Byway, in Colorado, is North America's highest paved road, inclining some 7,000 feet in less than 30 miles near the Continental Divide.
Courtesy chaunceydavis818/Flickr
Five miles before the Mount Evans Scenic Byway's end, pull over for a sky-high picnic along the glassy, glacier-fed lake at Summit Lake Park.
Courtesy krossbow/Flickr
Snaking through the center of Vermont all the way from the Massachusetts border to Canada, Route 100 feels less like a state highway than one long, rambling backcountry path.
Courtesy Muffet/Flickr
On Vermont's Route 100, you'll consistently feel 200 miles from the 21st century, spotting farm stands and country stores at every stop, including the Ripton Country Store.
Courtesy cogdogblog/Flickr
Covered bridges break up the landscape on Route 100 in Vermont.
Courtesy Jonf728/Flickr
Don't miss the seven-mile stretch through Granville Gulf State Reservation, a favorite for leaf peepers, also home to the multitiered, 35-foot Moss Glen Falls, which can be seen from the road.
Courtesy Erica Houskeeper
Going-to-the-Sun Road travels 50 miles through Montana's Glacier National Park, providing jaw-dropping views of the park's dense cedar forests, glacial lakes, and, of course, slowly diminishing glaciers.
Courtesy Dave Sizer/Flickr
On Going-to-the-Sun Road, stop at Logan Pass, elevation 6,446 feet, and you can hike even higher into the mountains, where some of the crags stay snowy all summer.
Courtesy jessicafm/Flickr
One of the New Deal's most ambitious endeavors was the curvaceous Blue Ridge Parkway, a "park to park highway" that links Virginia's Shenandoah National Park with North Carolina's Great Smoky Mountains.
Courtesy Vicki Dameron
The Blue Ridge Parkway has dozens of hairpin turns and 26 tunnels that cut through Appalachian granite, like the Bluff Mountain Tunnel in Virginia.
Courtesy uvagolfer/Flickr
Spot a 19th-century farm or postage-stamp-size town at the bottom of a verdant mountainside and you'll realize how seemingly unchanged the road remains since its inception in 1935.
Courtesy Vicki Dameron
Nothing about dusty U.S. 163 in northeastern Arizona prepares you for the otherworldly structures that rise out of the desert floor just a few miles north of Kayenta in Monument Valley.
Courtesy NSBP/byways.org
Along the Utah/Arizona border, Monument Valley is a dreamlike panorama of giant red mesas, sandstone buttes, and freestanding rock formations soaring as high as 1,000 feet.
Courtesy NSBP/byways.org
California's Pacific Coast Highway (Route 1) shows off the country's widest range of wow-inducing waterfront scenery.
Courtesy California Travel & Tourism Commission
More than 400 miles of Route 1 run within sight of the ocean; drive south-to-north if you want a little distance from the road's edge, or north-to-south to feel the sea spray on your skin.
Courtesy California Travel & Tourism Commission
See all California has to offer on the state's Route 1, from the pristine beaches of Malibu to the cliffs of Big Sur, over the Golden Gate Bridge, and through the colossal redwoods of Humboldt County.
Courtesy Jason Sturner 72/Flickr
First immortalized by John Steinbeck in The Grapes of Wrath, Route 66, the original mega-highway, has long personified the American dream of escaping hard times and making it big out West.
Courtesy david spigolon/Flickr
Although you won't find the old Route 66 on maps anymore (it's been replaced by segments of the Interstate Highway System), you can still follow it from the small towns of the Midwest and Great Plains through the deserts of the Southwest and on to Los Angeles.
Courtesy NSBP/byways.org
The 400-mile-long Oklahoma portion of Route 66 best embodies the retro spirit most 66 travelers are looking for, with ghost towns like Texola and Americana-rich sights such as the 66-foot-tall soda bottle marking Pops restaurant in Arcadia.
Courtesy NSBP/byways.org
Spanning more than 100 miles, Florida's Overseas Highway is actually the largest segmented bridge in the world, crossing the water in 42 places as it hops across the 1,700 islands of the Florida Keys.
Andy Newman/Florida Keys News Bureau/HO
The Seven Mile Bridge—only a slight exaggeration, at 6.79 miles long—connects the Middle and Lower Keys and rises 65 feet above the water, high enough to gain unobstructed 360-degree visibility.
Andy Newman/Florida Keys News Bureau/HO
In some places, the Great Lakes Seaway Trail runs directly alongside the waterfront, including this stretch along the St. Lawrence River.
Courtesy George Fischer
Consider the Great Lakes Seaway Trail an inland version of California's Route 1—minus the traffic. The route passes Lake Ontario, Lake Erie, and other powerful water sources.
Courtesy izzyplante/Flickr
See the country's ultimate aquatic spectacle, Niagara Falls, along the Great Lakes Seaway Trail.
Courtesy derekp/Flickr

From the Pacific Coast all the way to the Florida Keys, we're celebrating the scenic drives that deliver a star-spangled spectacle for road trippers.