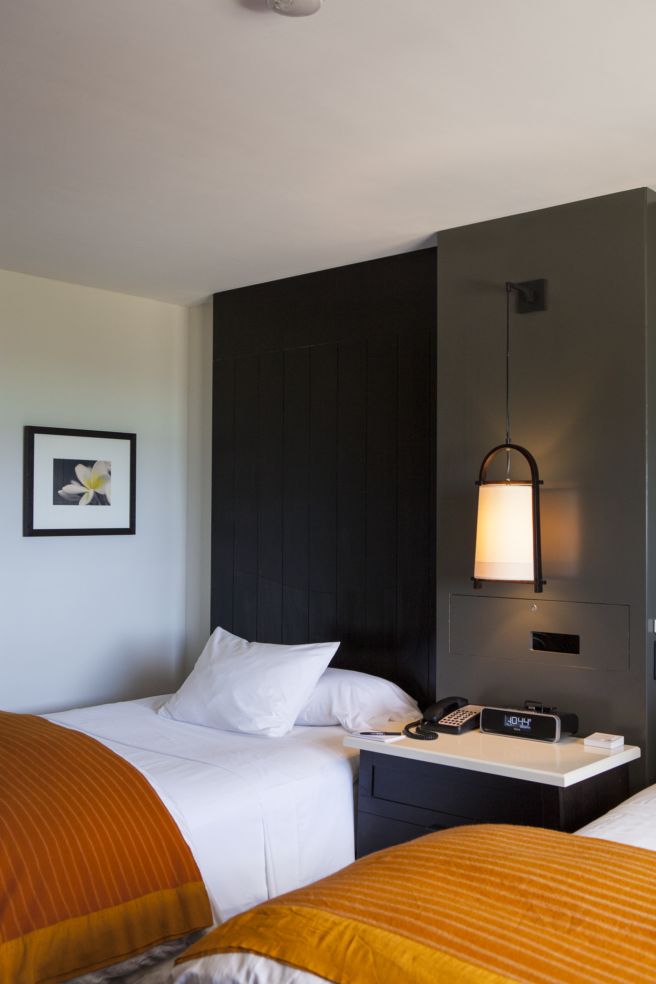 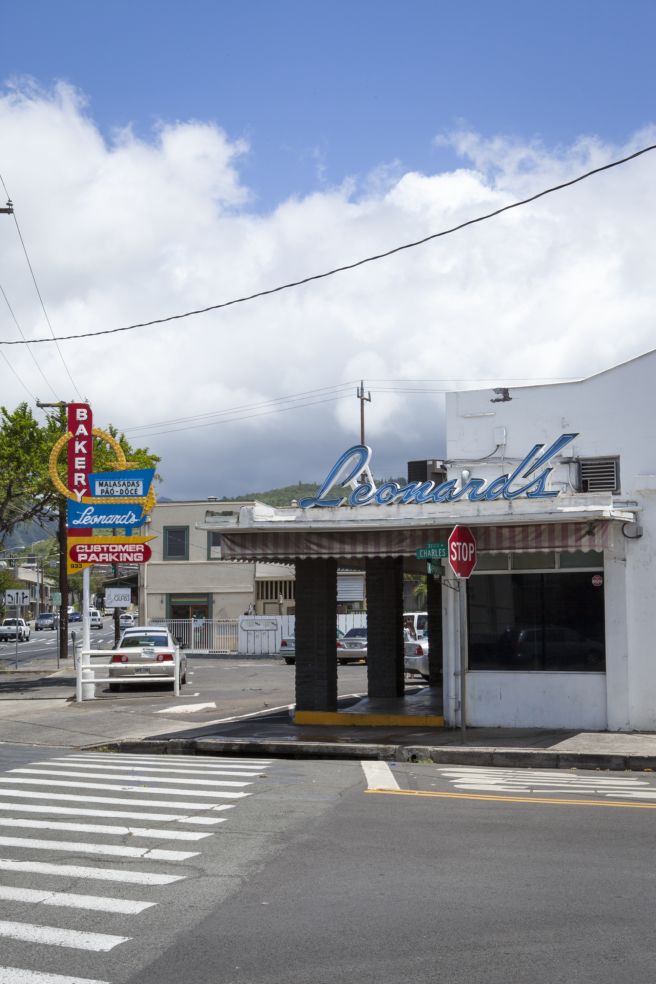 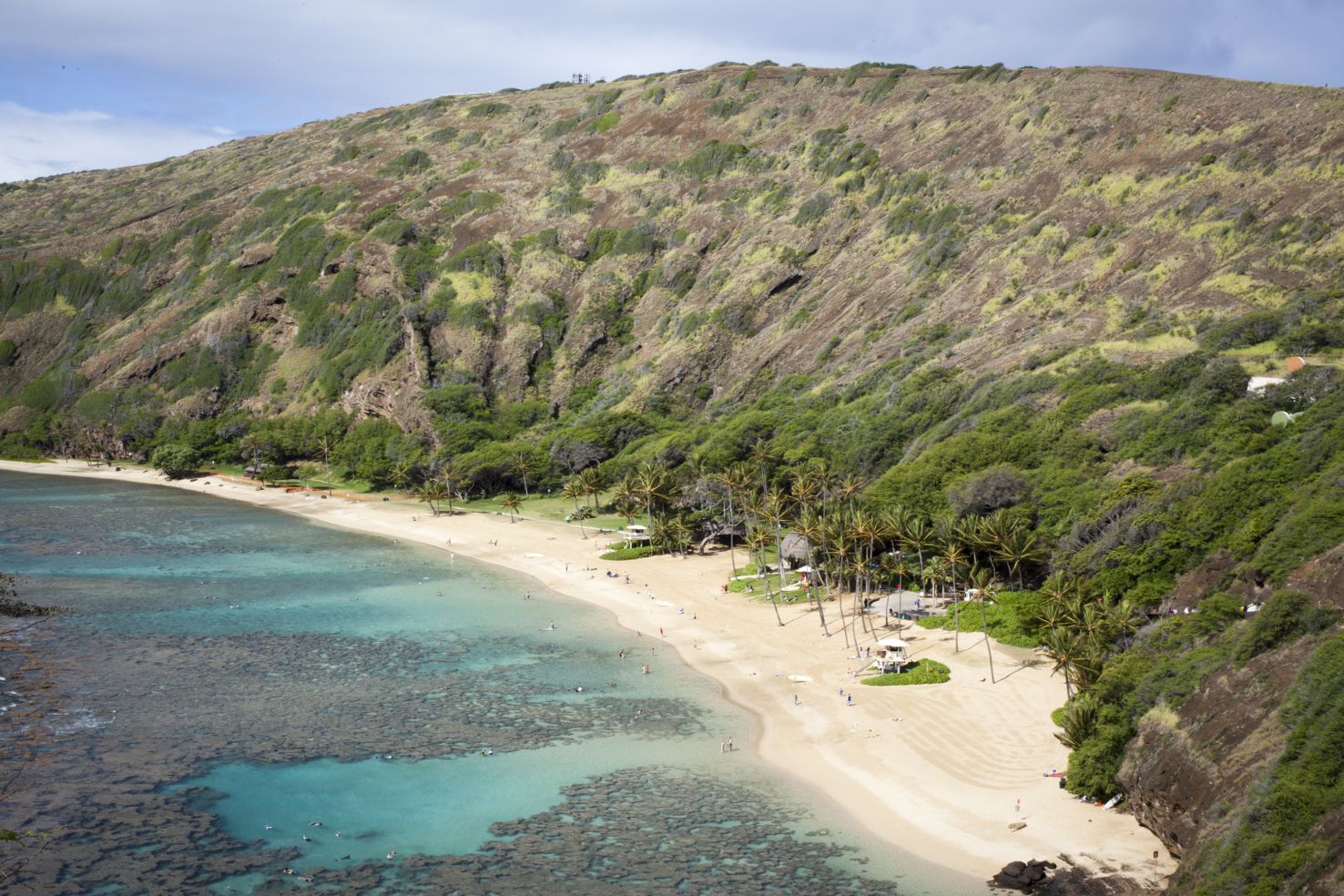 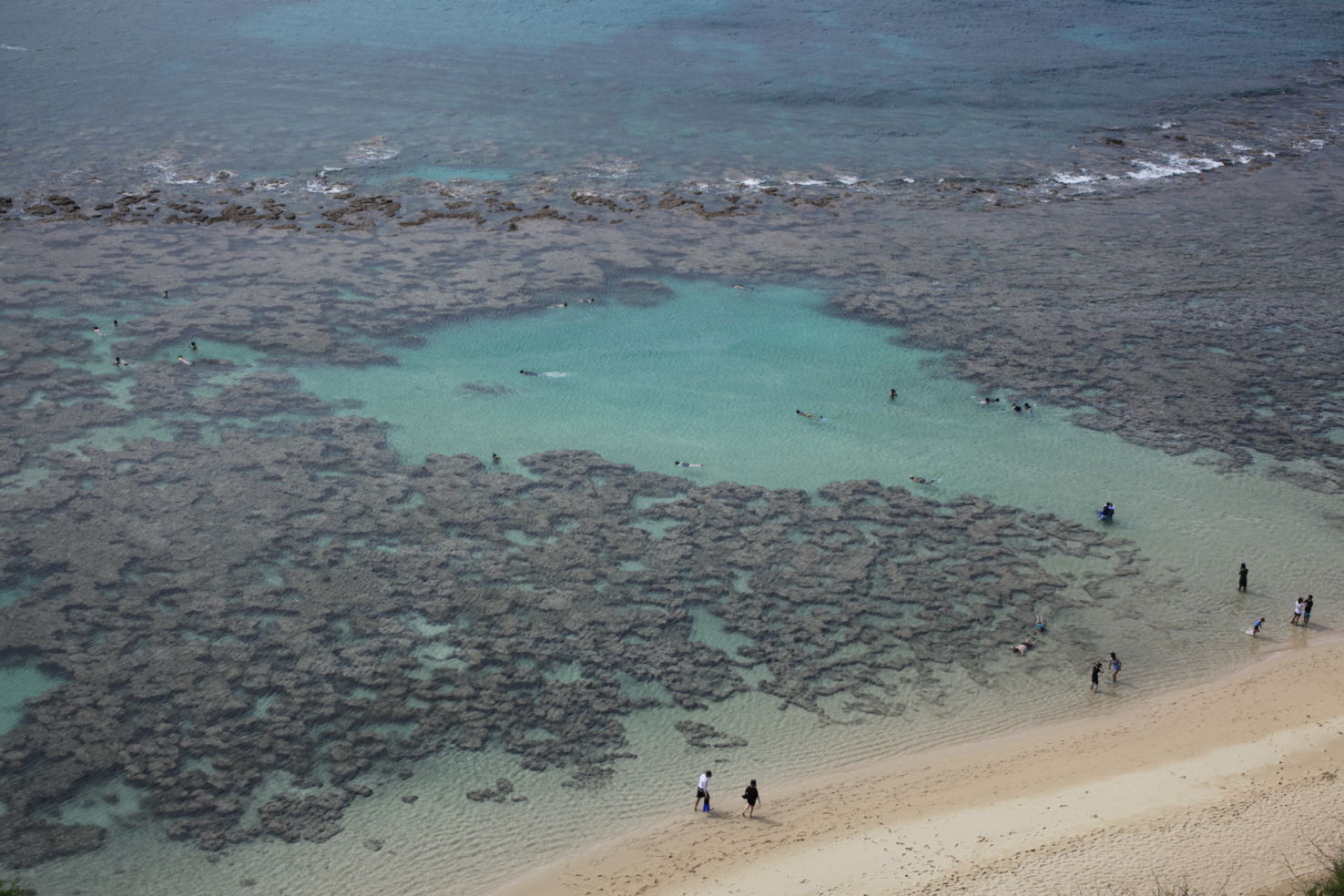 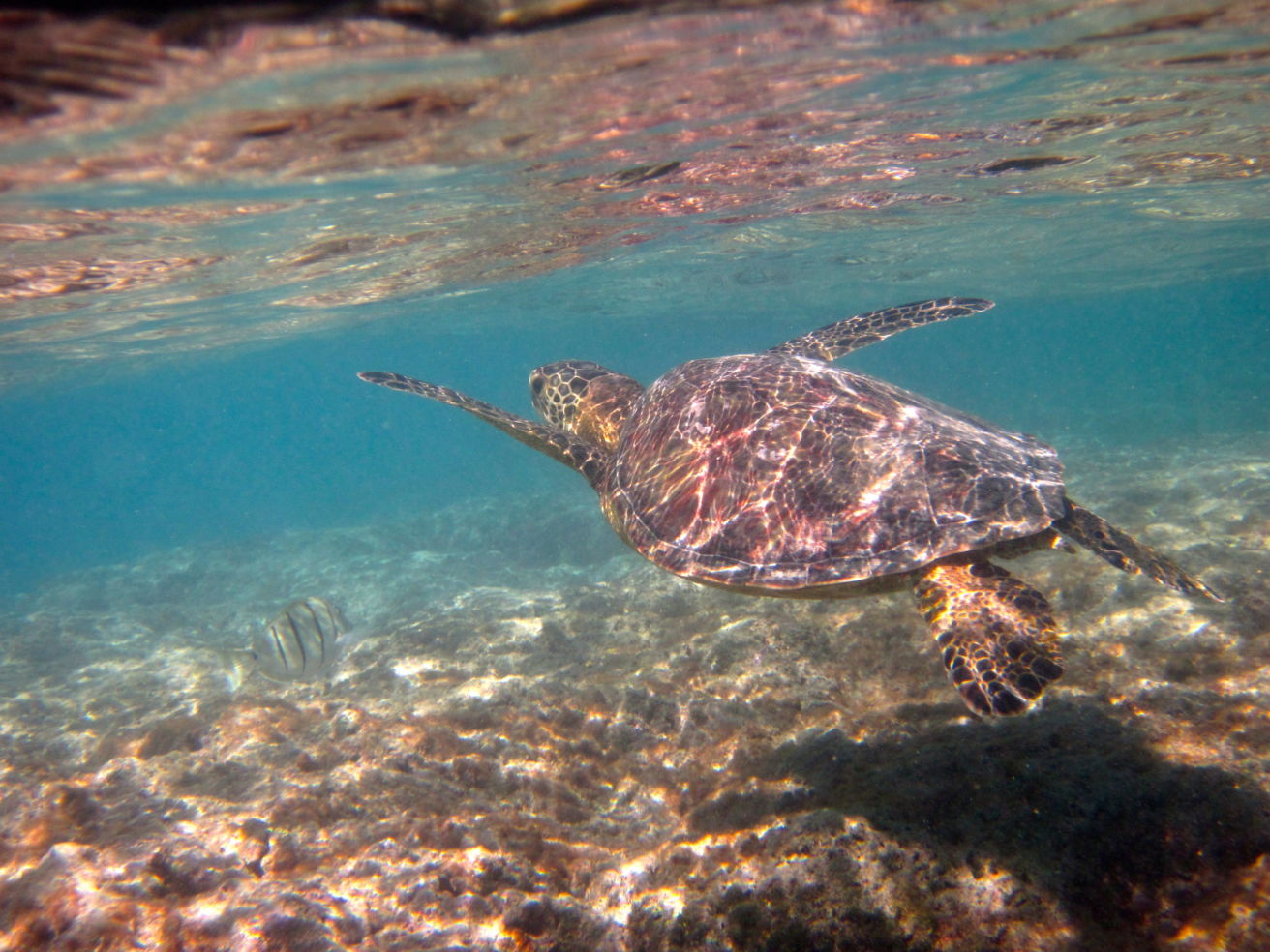 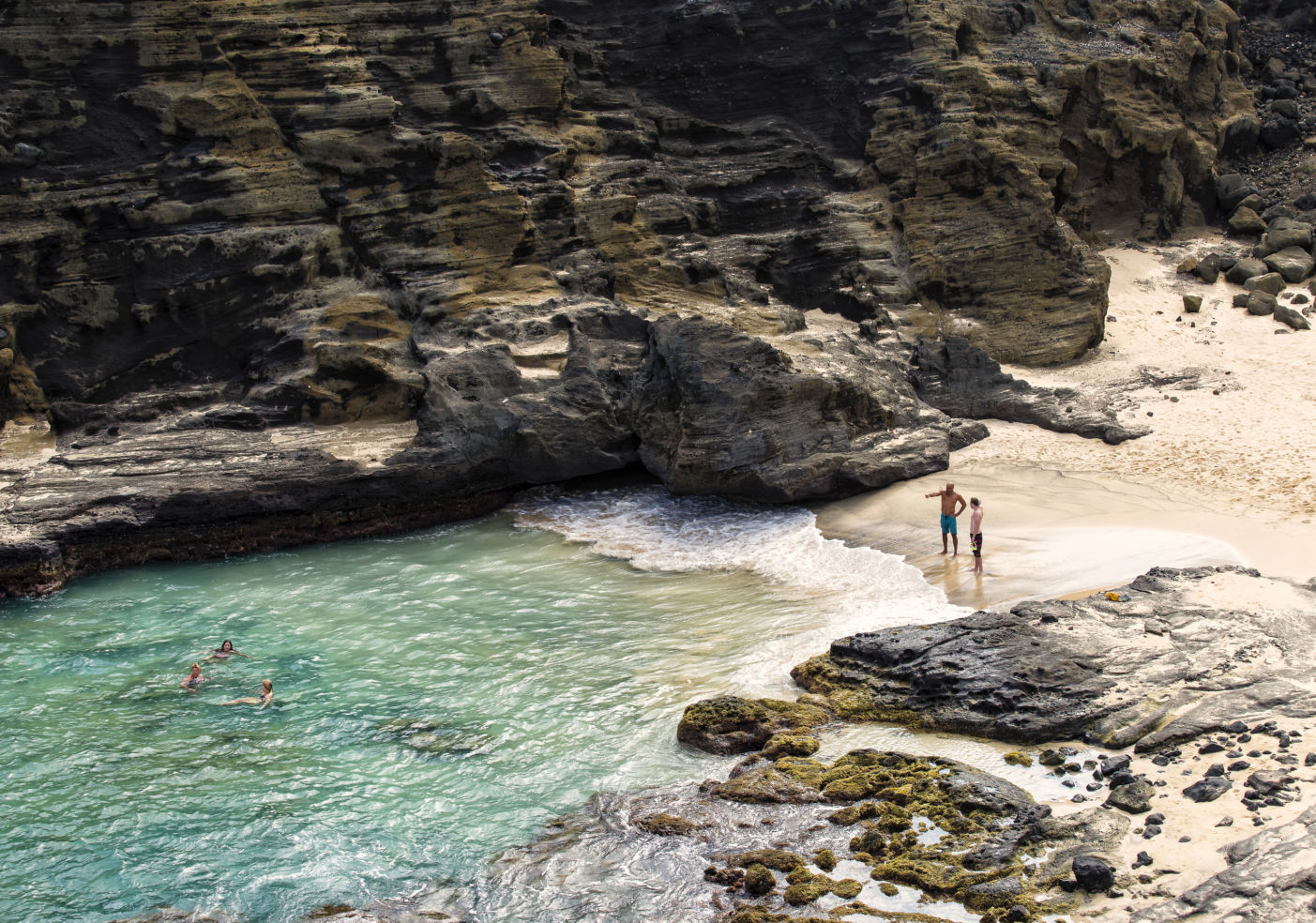 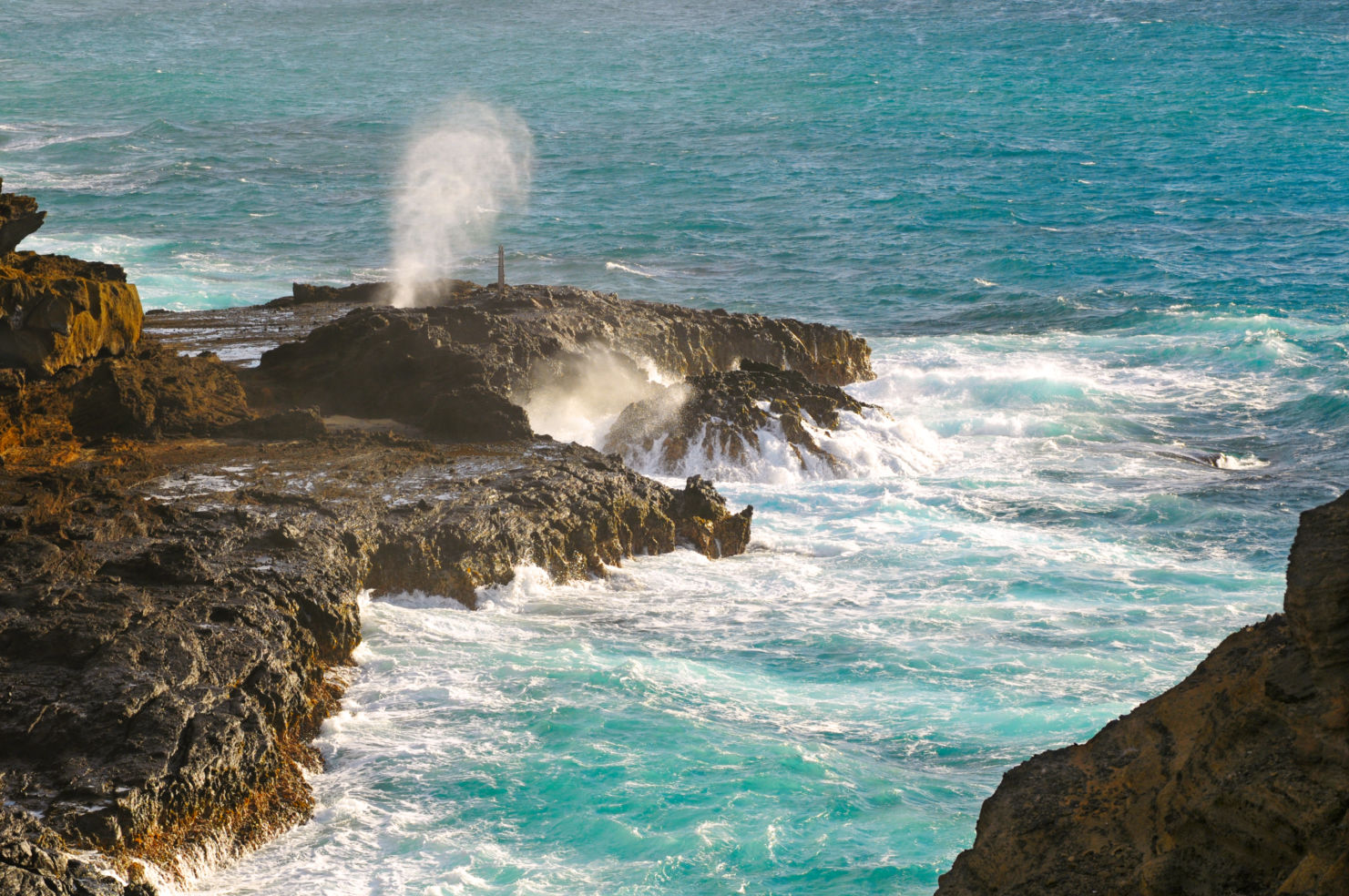 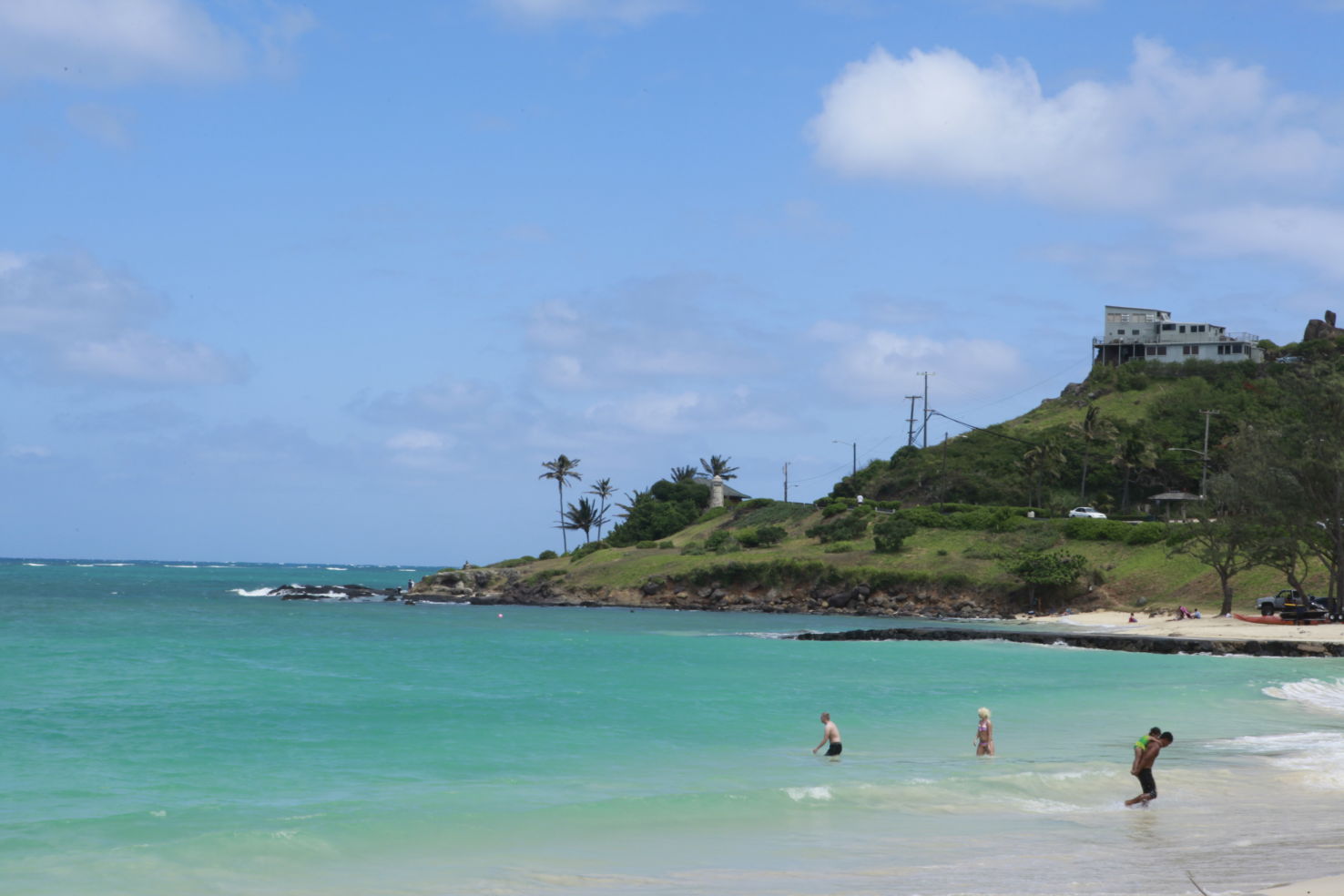 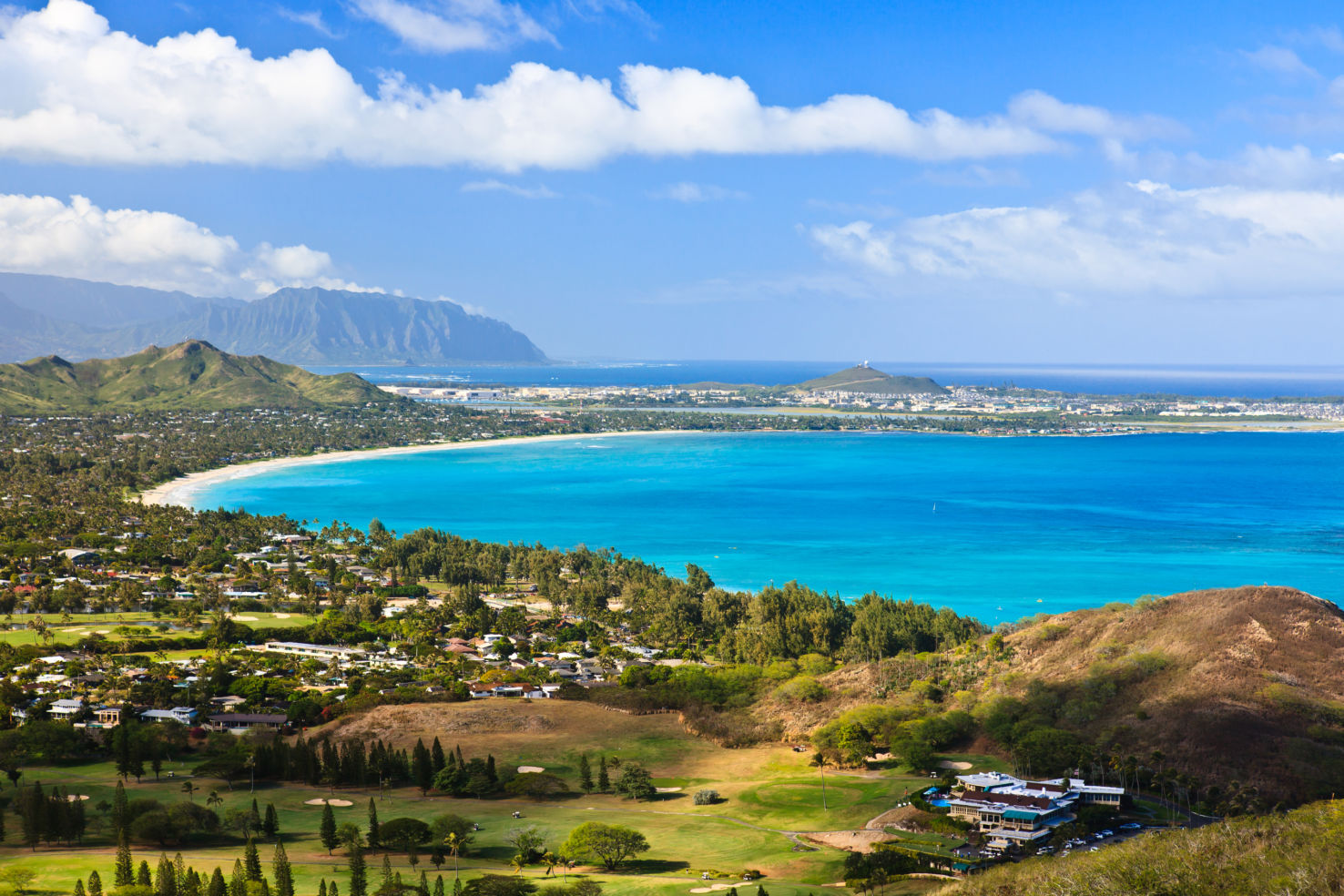 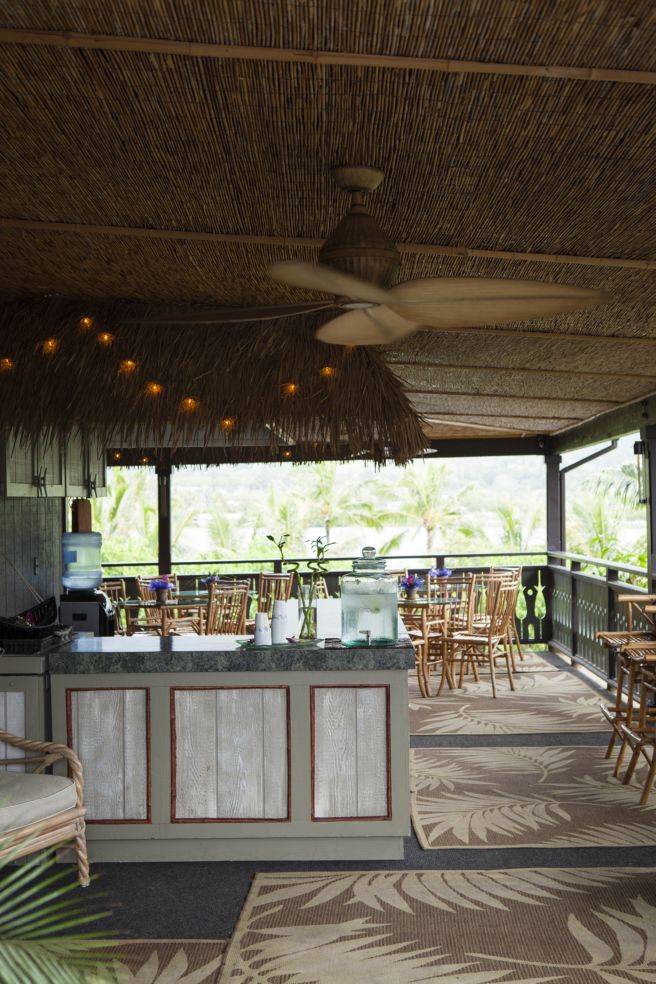 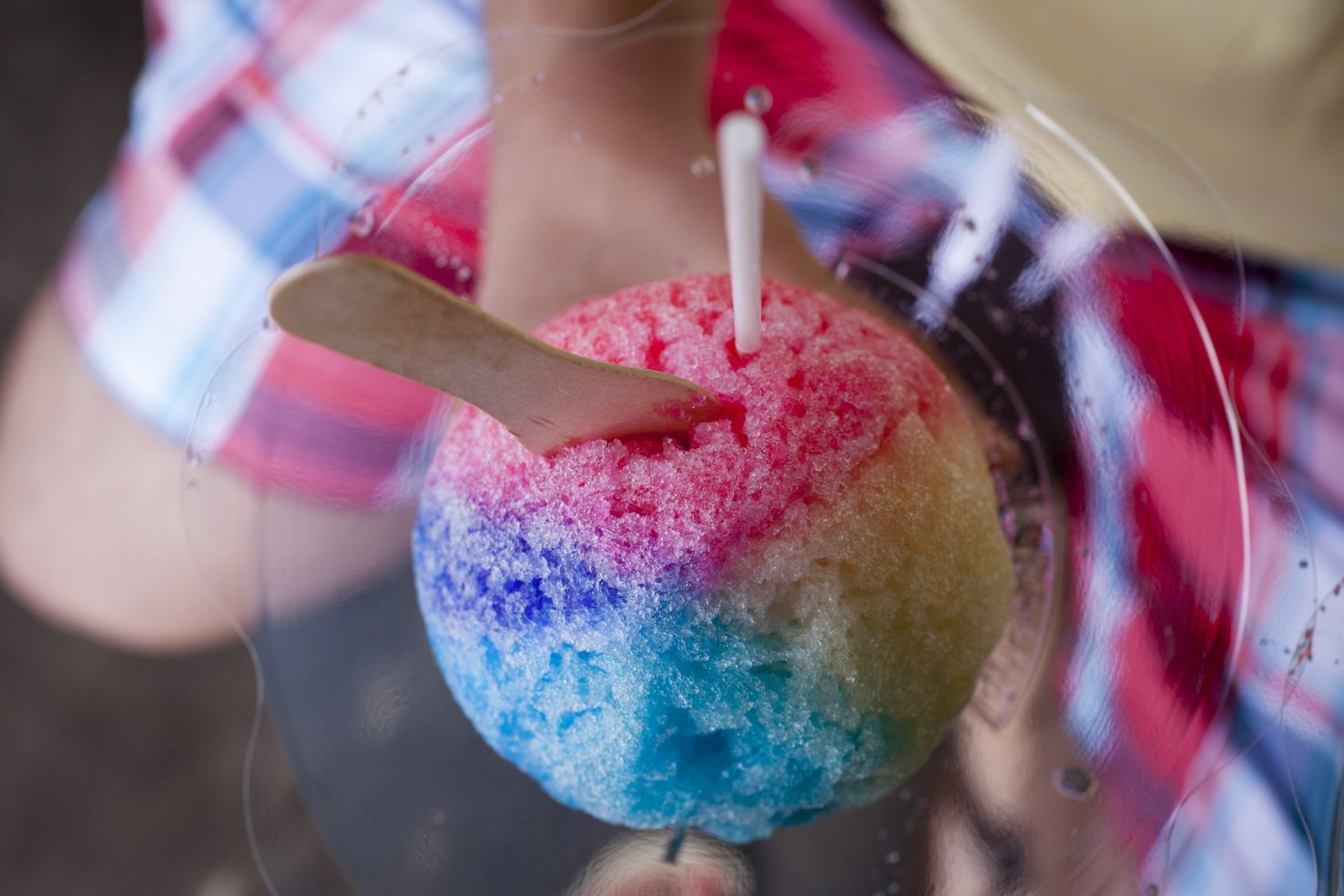 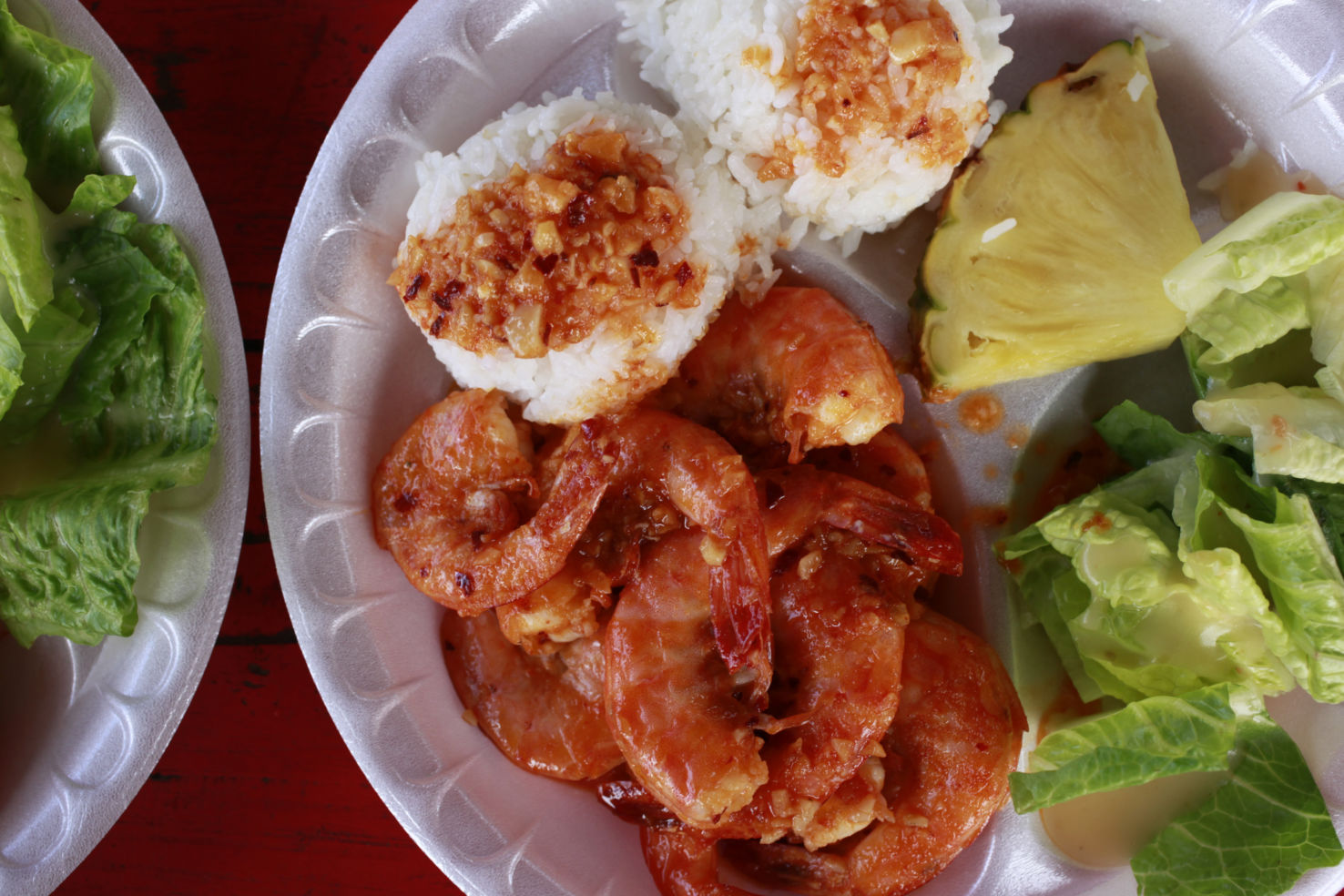 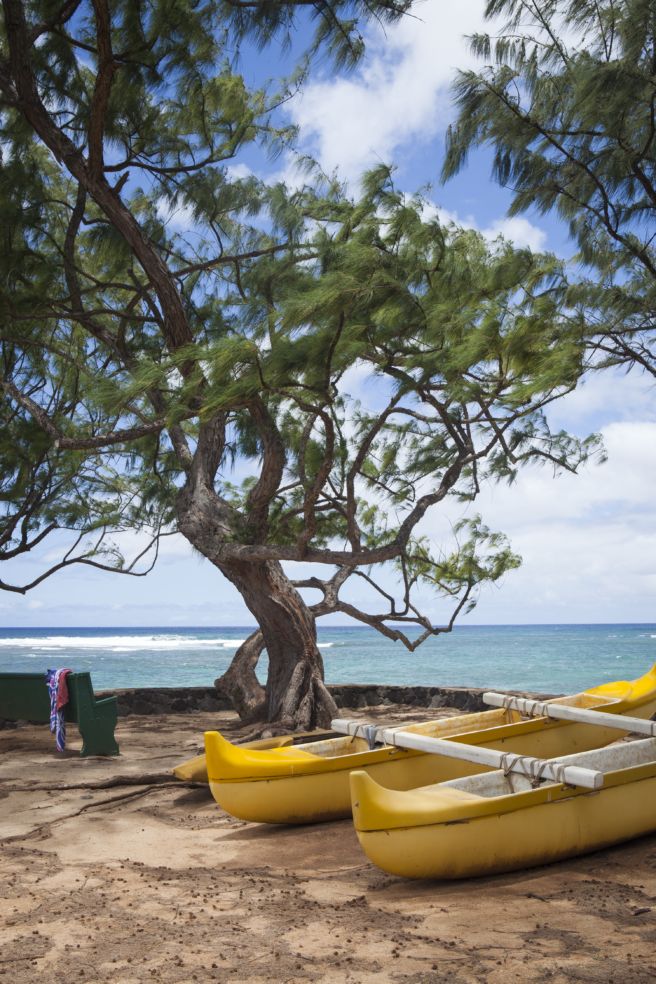 1 / 15 Photos
After flying into Honolulu, my friend and I headed for Waikiki, in the shadow of the city’s skyscrapers—it’s a “real” white-sand beach that’s perfect for strolling. (We strolled right into “Aloha Hour” at Hula Grill’s Plantation Bar for fresh-squeezed Mai Tais.)
We checked into Hotel Renew, right on Waikiki Beach, with elegant, eco-friendly rooms designed by San Francisco architect Jiun Ho. We left our balcony doors open and drifted off to the sound of waves breaking on the beach.
Whitney Tressel
To beat the crowds at Hanauma Bay, we hustled out of town at sunrise—but not before making a mandatory stop at the awesome Leonard’s Bakery for Portuguese malasadas, best described as doughnuts without holes.
Whitney Tressel
Hanauma Bay is a wildly popular snorkeling spot, and we were ready to spend some quality time in the company of 400 species of fish in gin-clear shallow water.
Whitney Tressel
The coral-lined bottom of Hanauma Bay was teeming with impossibly colorful tropical fish.
Whitney Tressel
We snorkeled beside a green sea turtle that I swear I’d thought only existed in cartoons!
Islandmedley/Dreamstime
Next, we hit the Kalanianaole Highway, and couldn’t resist (and neither should you) checking off bucket list stops like the famous From Here to Eternity beach-kiss location at Halona Beach Cove.
Adeliepenguin/Dreamstime
Halona Beach is also home to the don't-miss Blowhole lookout!
Kenneth Sponsler/Dreamstime
When we arrived at the broad blue panorama of Kailua Bay, we charged the sand and splashed into the turquoise water—then signed up for lessons in Stand Up Paddle Boarding.
Whitney Tressel
We enjoyed Stand Up Paddle Boarding at Kailua Bay until the sun started to descend—at which point we descended, too, into bed at the Paradise Bay Resort.
Radekdrewek/Dreamstime
Filled with inspiration thanks to the beautiful view from our room at the Paradise Bay Resort—not to mention the resort’s complimentary breakfast—we decided we were ready to tackle the drive to Oahu’s fabled North Shore.
Whitney Tressel
On our way to the North Shore, we grabbed a shave ice on Haleiwa Road. Try Matsumoto’s for this chilly treat, which features flavored syrups like pineapple, mango, and papaya poured over shaved ice that’s the texture of new-fallen snow.
Whitney Tressel
At Oahu’s North Shore, we signed up for surfing lessons with Surf N Sea. We had a fantastic day “shredding the gnar,” or at least getting up on the board a dozen times (accompanied by at least two dozen laughs!).
The North Shore offers hungry surfers great food trucks, like Fumi’s Shrimp Truck, recommended to us by local surfers and sporting nine shrimp dishes, all freshly harvested that day.
Whitney Tressel
Two connected kayaks form a makeshift manual catamaran at Camp Mokule'ia, the final stop on our amazing Oahu road trip.
Whitney Tressel

Strolling iconic Waikiki Beach, snorkeling in Hanauma Bay, and taking a surfing lesson on the North Shore? The Hawaiian island of Oahu offers the chance to mix big-city sophistication with a decidedly wilder side. Here, our intrepid photo editor shares her one-of-a-kind Hawaii road trip in words and pictures!