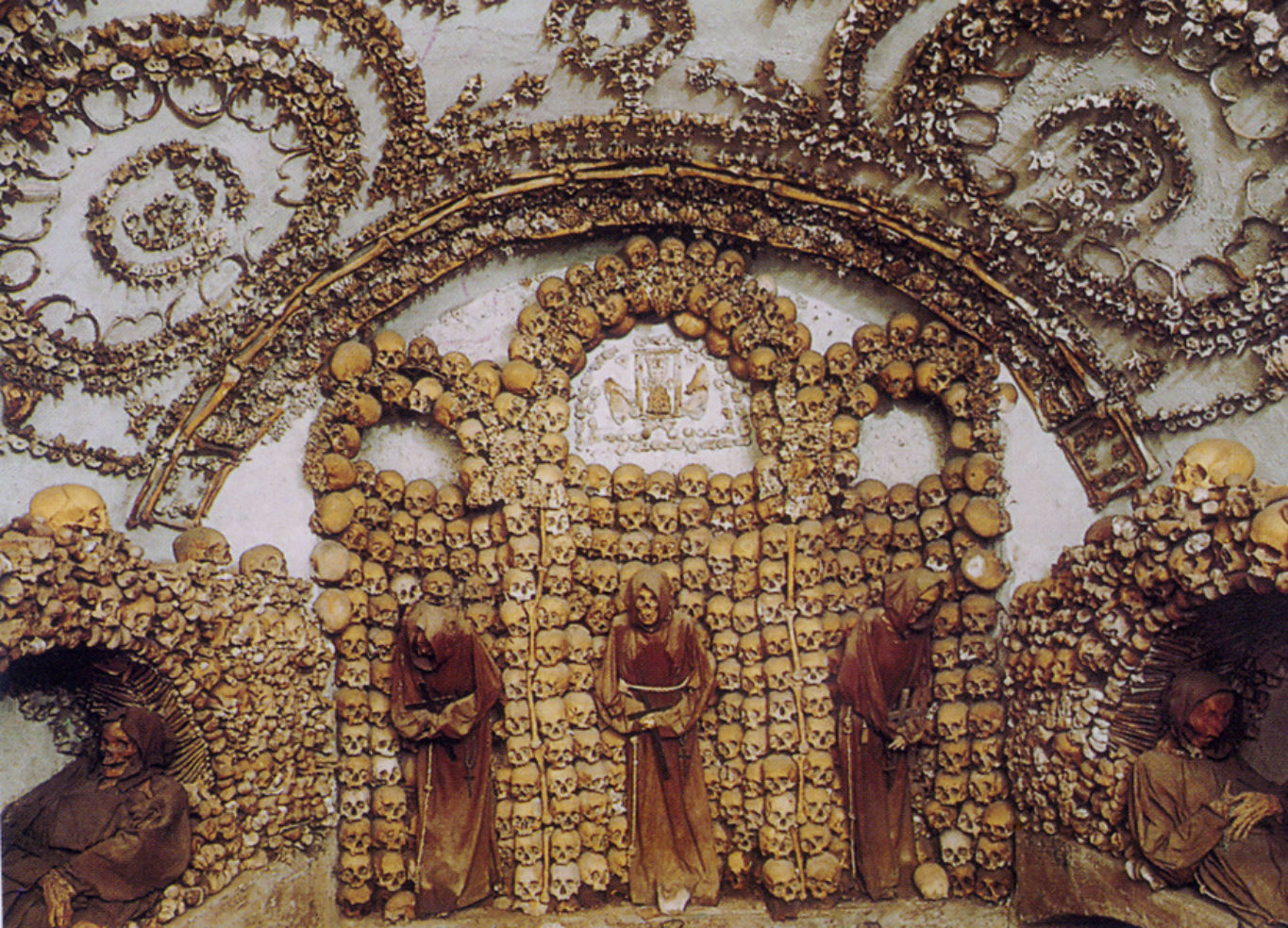 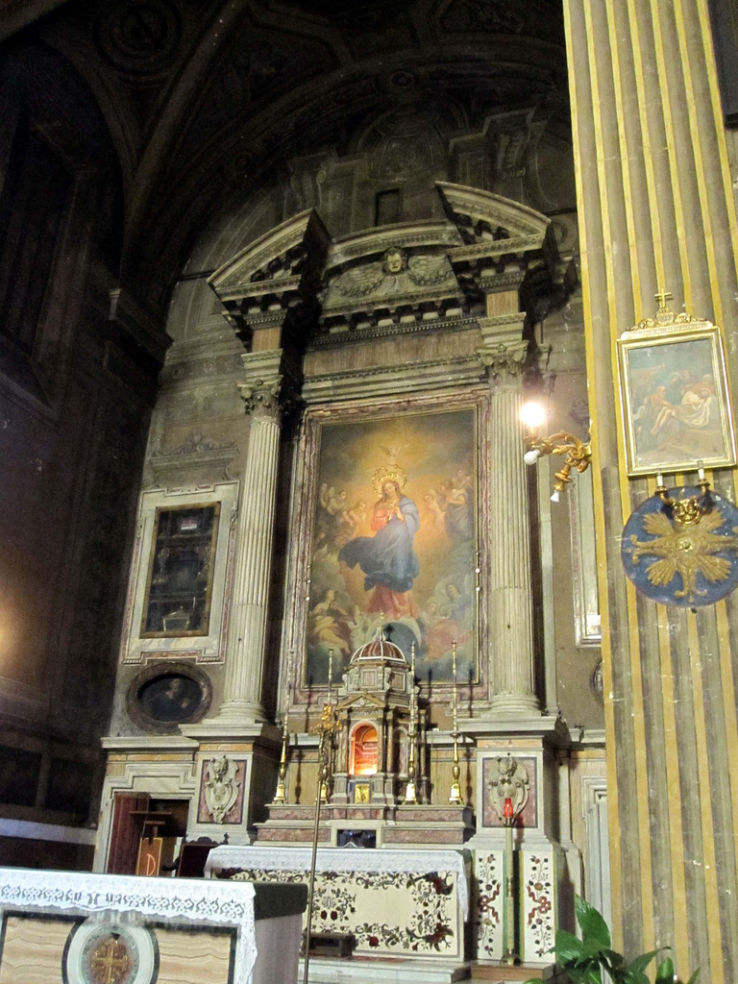 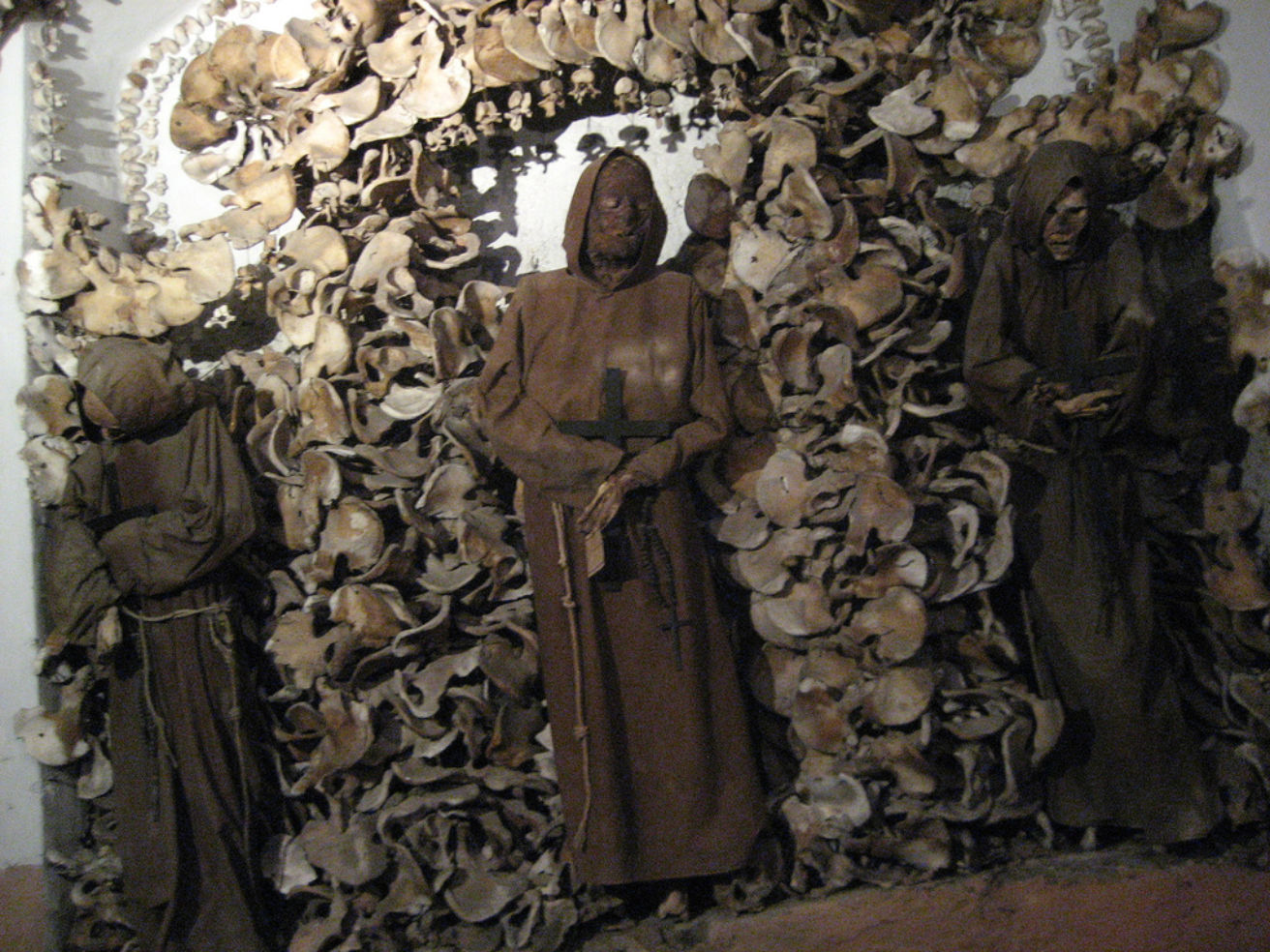 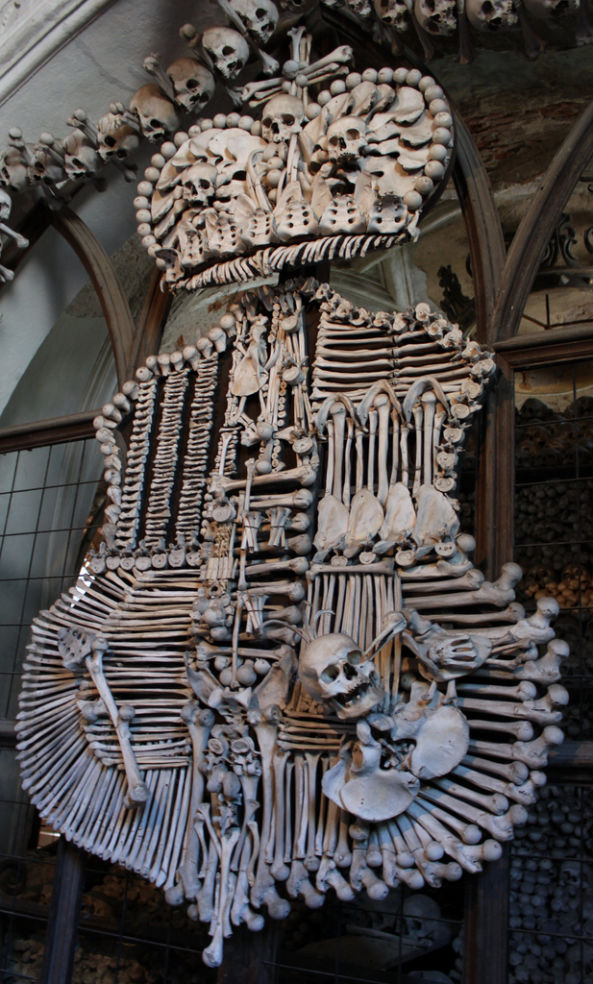 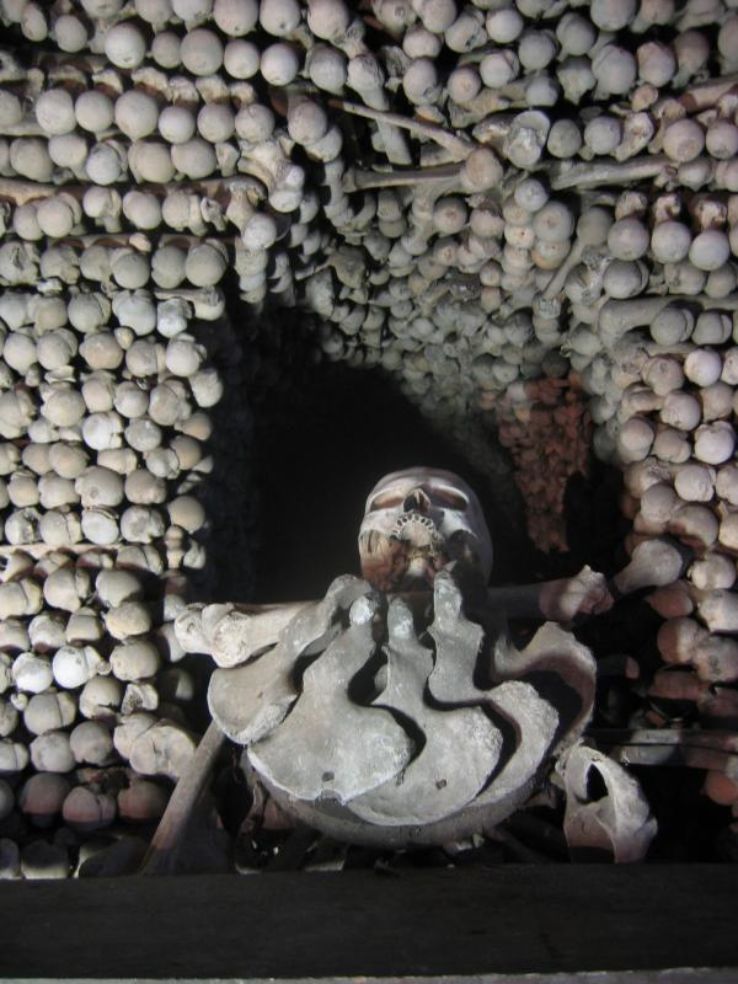 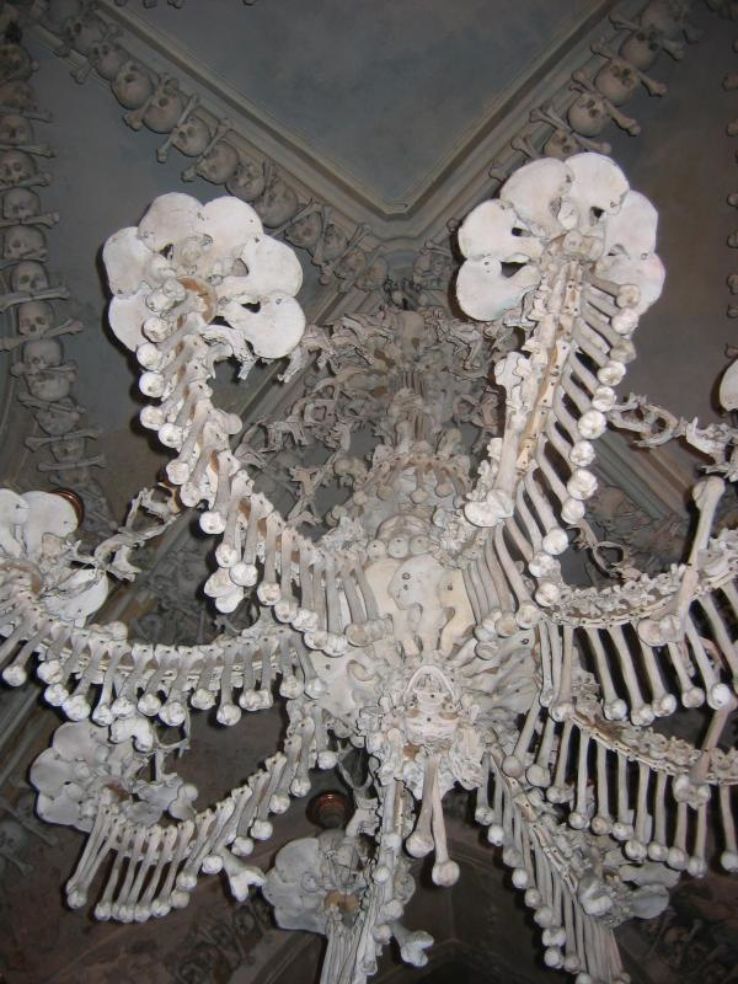 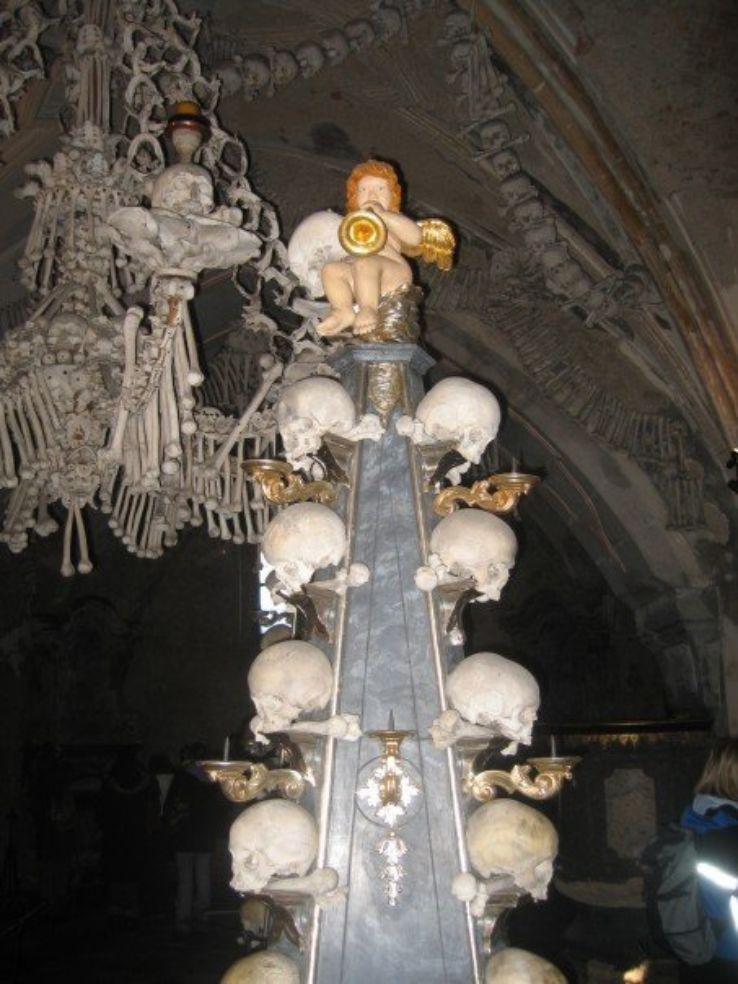 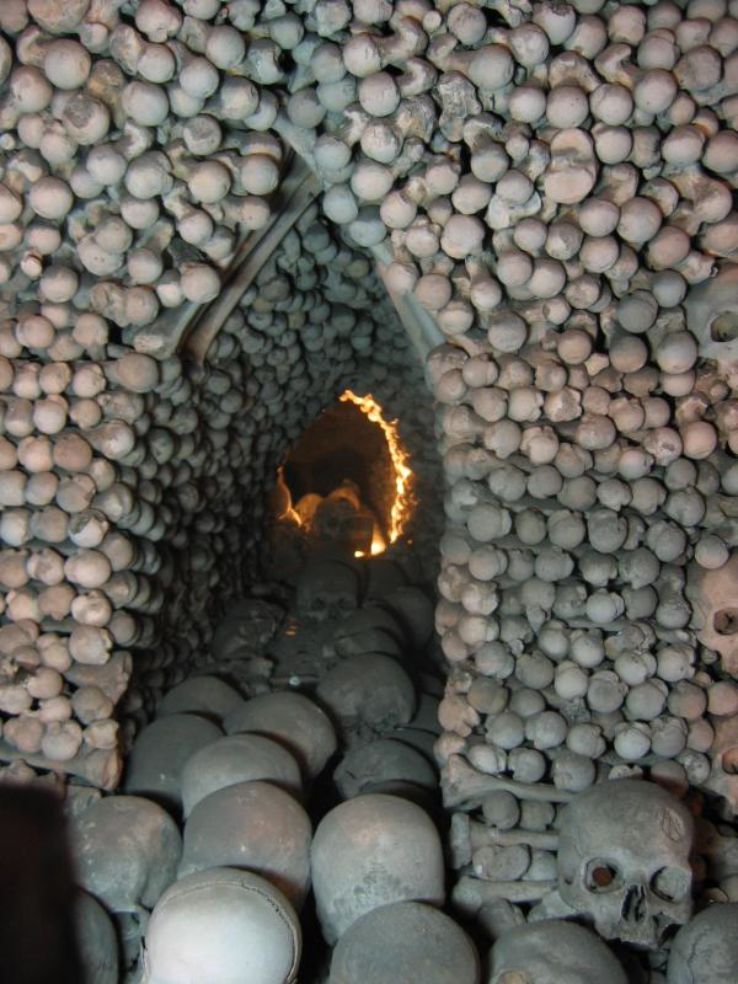 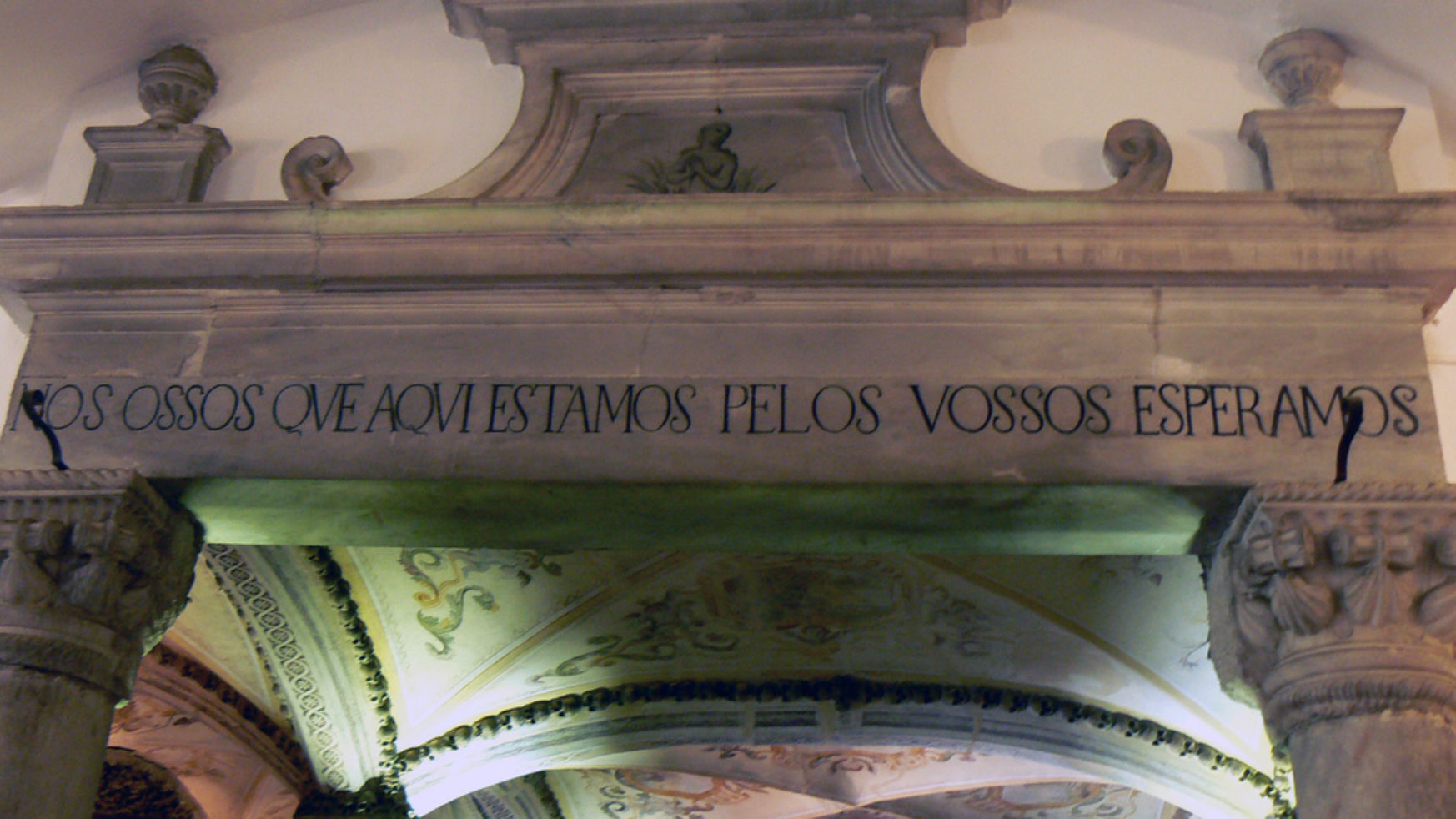 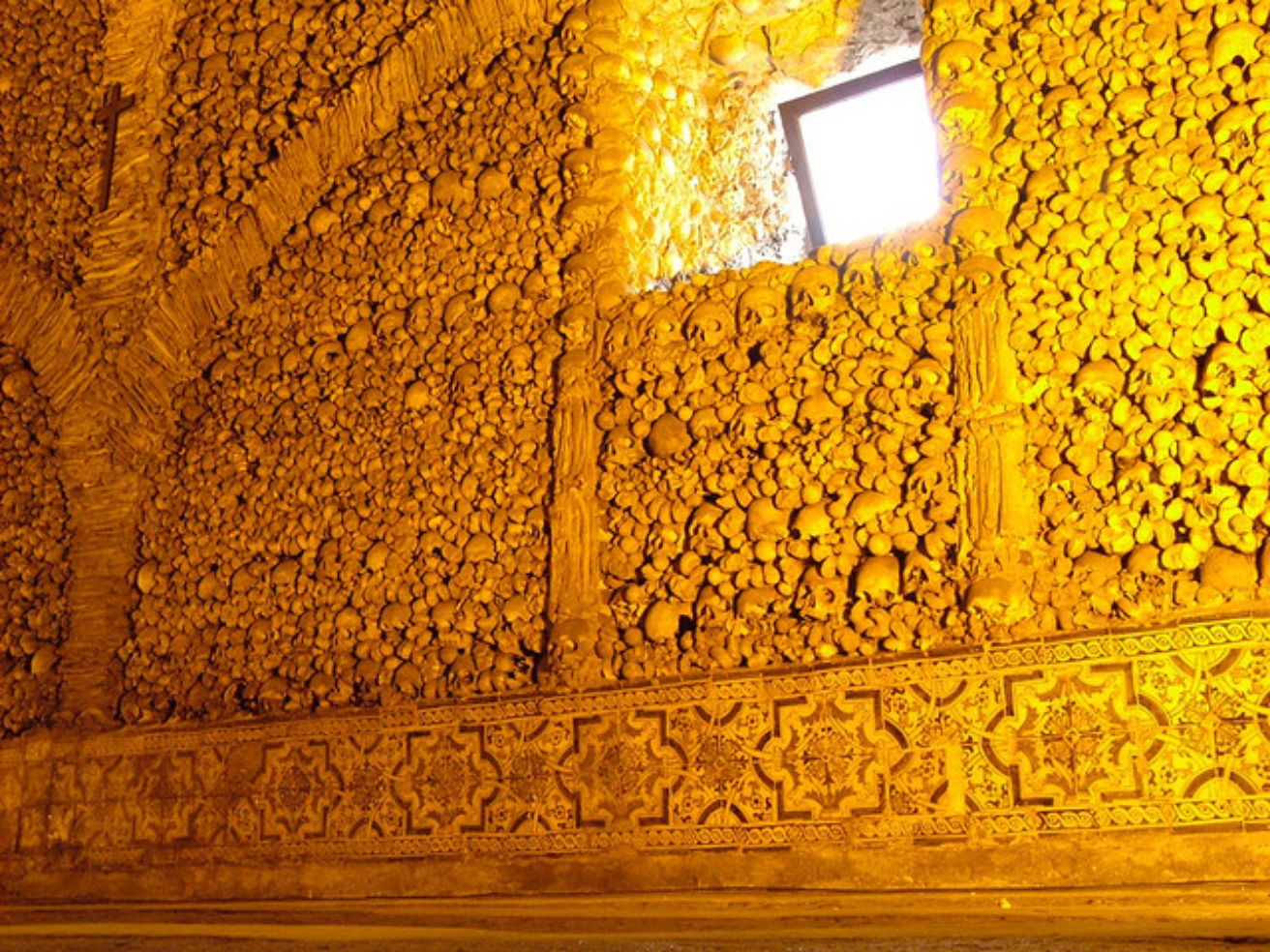 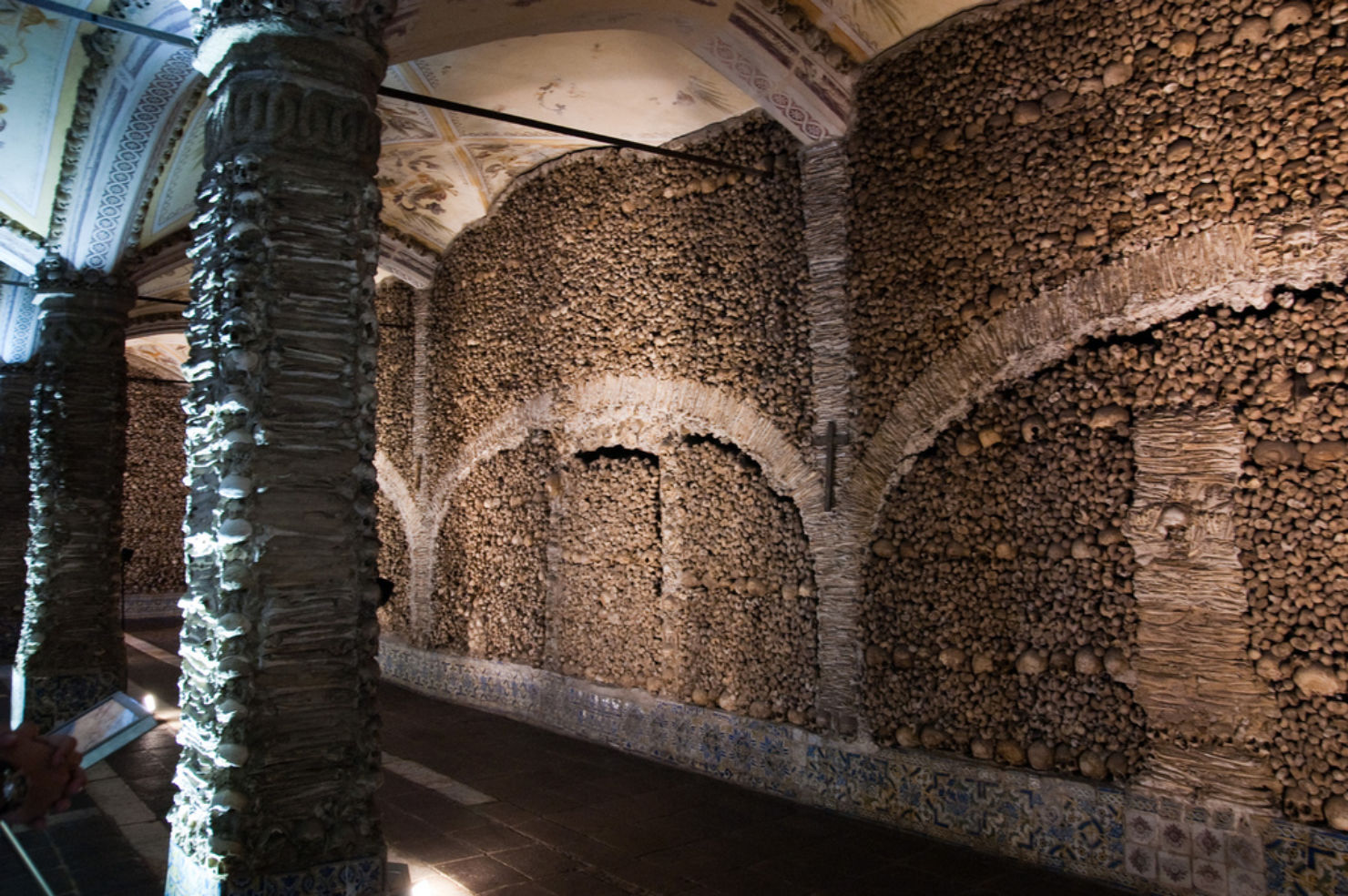 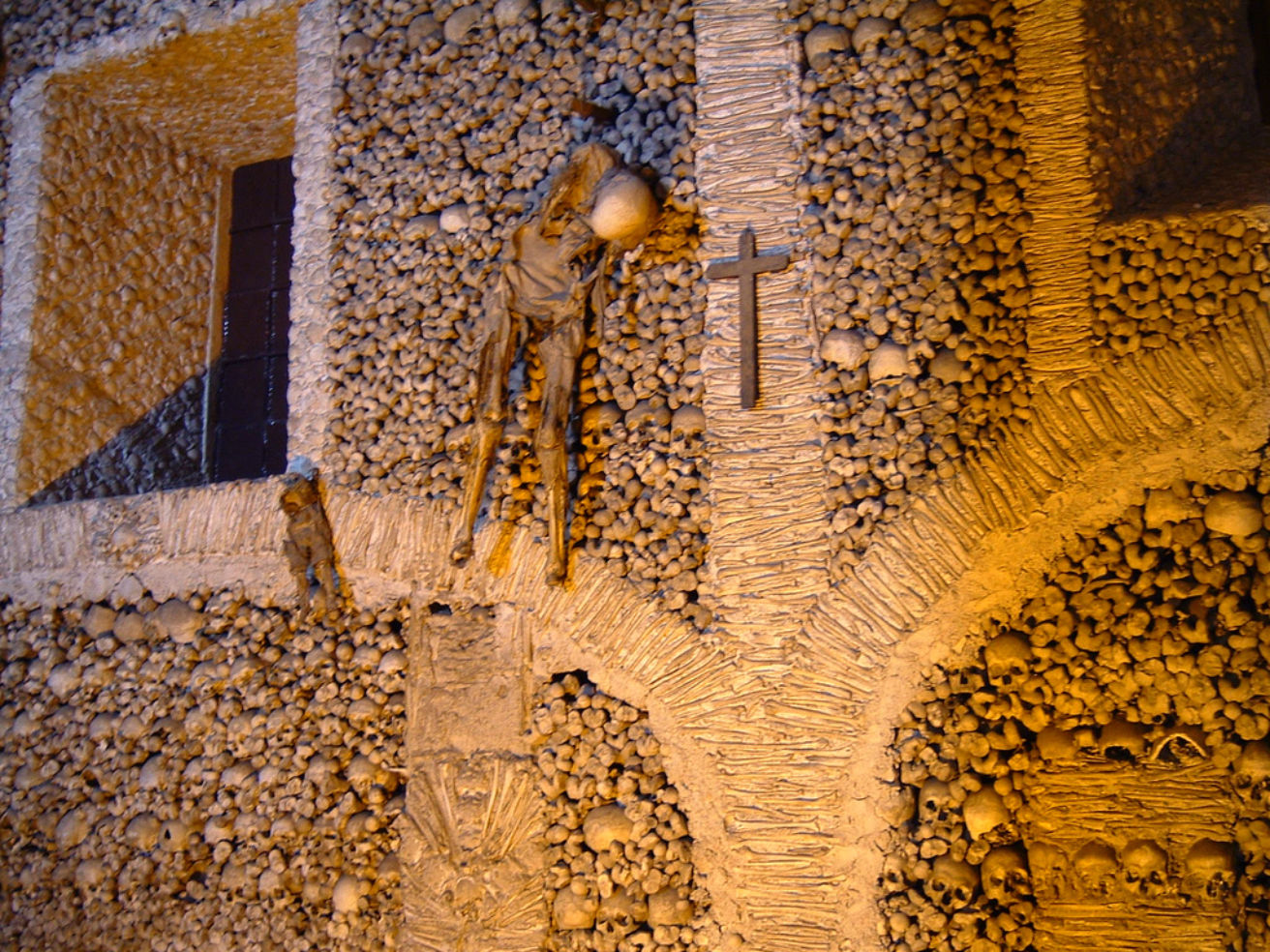 1 / 12 Photos
The Crypt of the Three Skeletons at the Capuchin Crypt in Rome, Italy.
Courtesy tirch/Flickr
The altar piece at the church of Santa Maria della Concezione dei Cappuccini on the Via Veneto near Piazza Barberini in Rome, Italy.  The Capuchin Crypt is located beneath the church.
Courtesy tirch/Flickr
A closer look at the skeletal monks of the Capuchin Crypt in Rome, Italy.
Courtesy piratealice/Flickr
The Schwarzenberg coat-of-arms at the Sedlec Ossuary is made entirely out of the remains of those buried at the monastery since the twelfth century.  One of the Ossuary's four large, bell-shaped mounds of bones and skulls can be seen in the background.
Courtesy lrumiha/Flickr
One the bell-shaped mounds occupying the corner of the Sedlec Ossuary.
Courtesy asw909/Flickr
The chandelier, which contains at least one of every bone in the human body, hangs from a skull adorned ceiling at the Sedlec Ossuary.
Courtesy asw909/Flickr
A cherub sits among the remains of bodies buried at the Sedlec Ossuary, a human skull sitting in her lap.
Courtesy Nicholas DeRenzo
A small tunnel through the bell-shaped mounds of bones at the Sedlec Ossuary.
Courtesy asw909/Flickr
The entrance warning to the Capela dos Ossos (Chapel of Bones) in Évora, Portugal states "We bones, lying here bare, are awaiting yours."  The chapel was built in the 16th century by a Franciscan monk with the goal of pointing out how short and transient life is.
Courtesy Alebonvini/Flickr
The walls and pillars of this 16th century chapel are decorated in bones and skulls held together by cement.
Courtesy anthonydecosta/Flickr
Estimates indicate 5000 bodies are represented within the chapel.
Courtesy bjaglin/Flickr
Two desiccated corpses, including a child, dangle from chains within the Capela dos Ossos.
Courtesy ceg/Flickr

Tour our slideshow of scary monasteries, spine-chilling churches, and cathedrals made of bones.