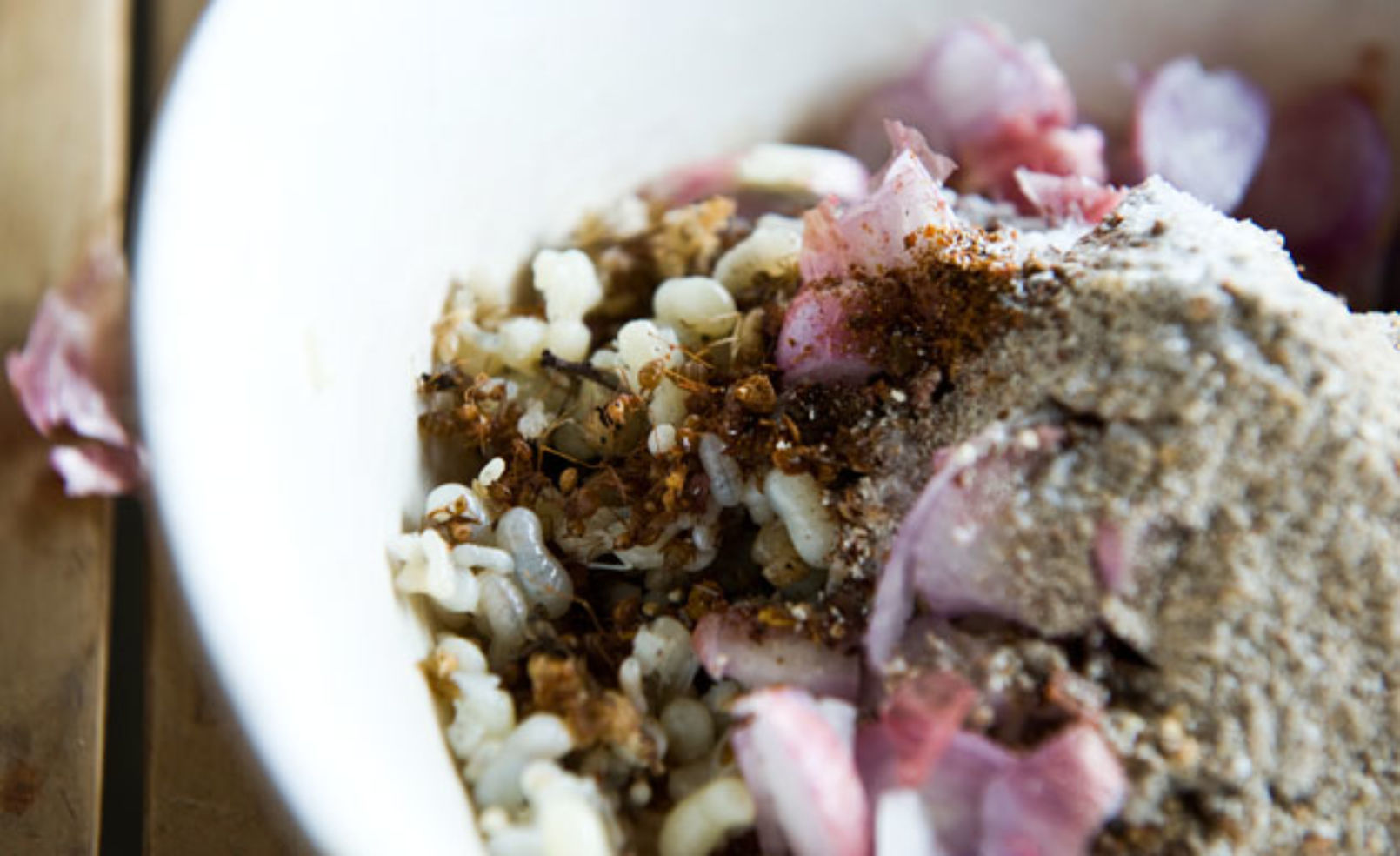 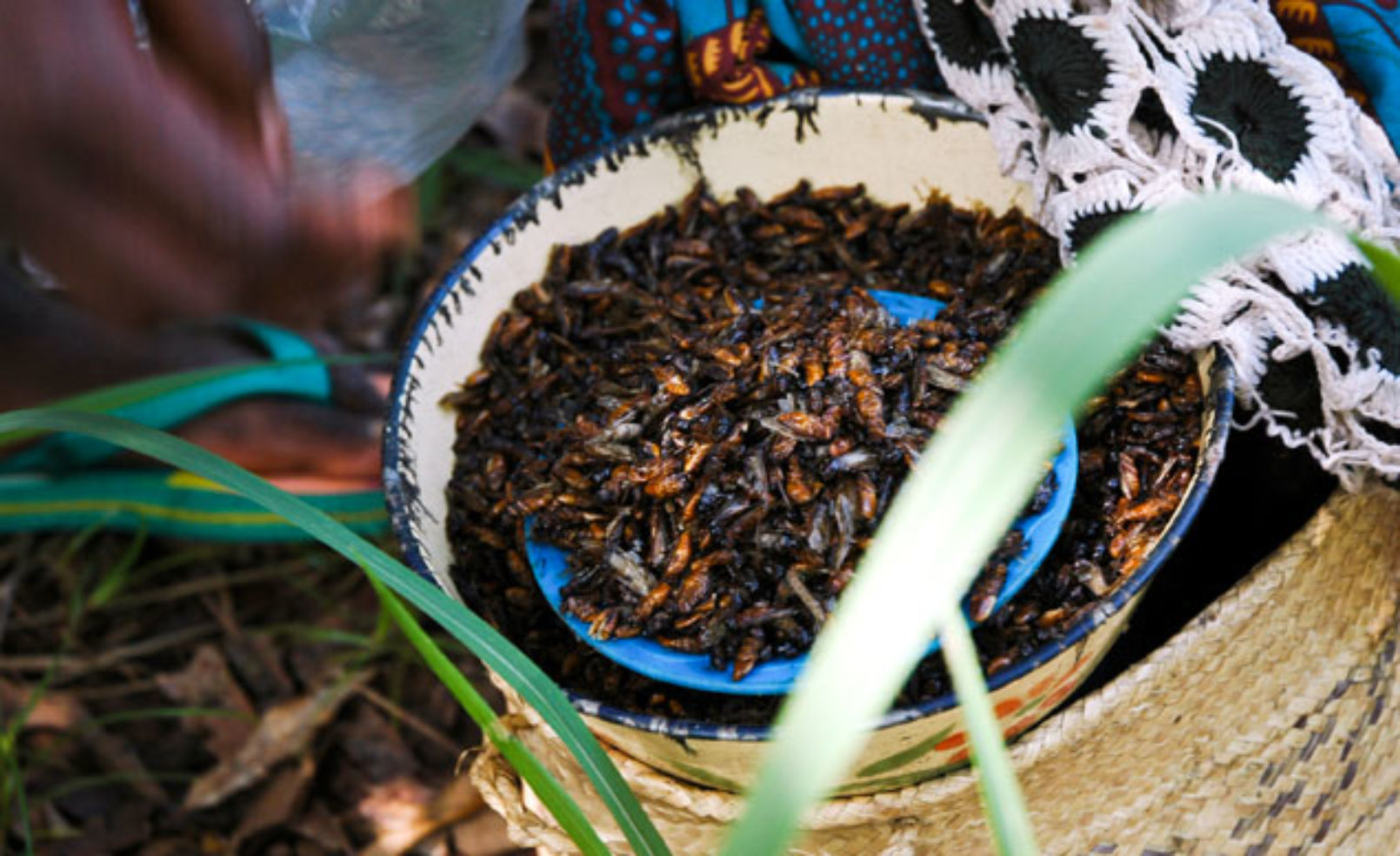 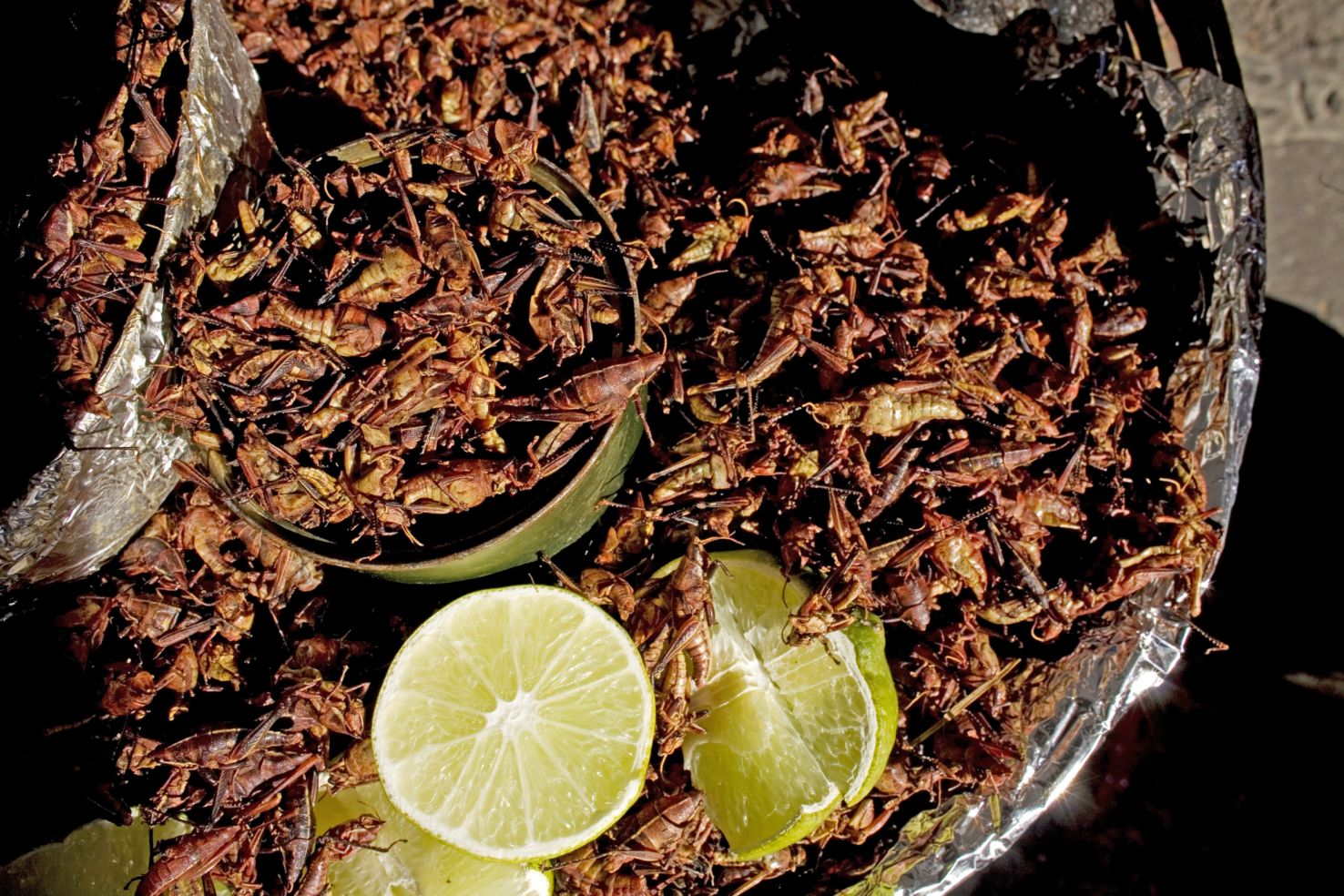 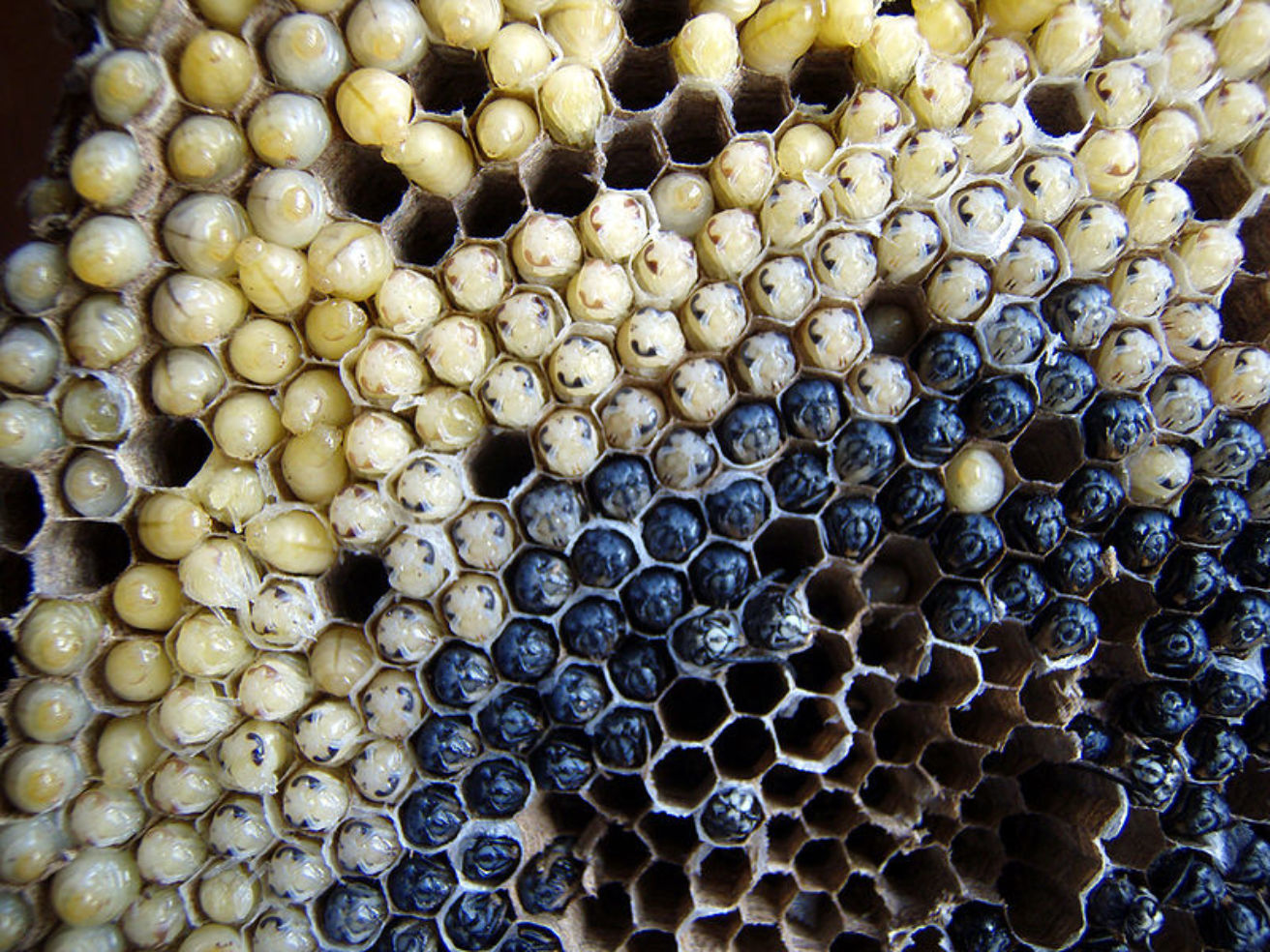 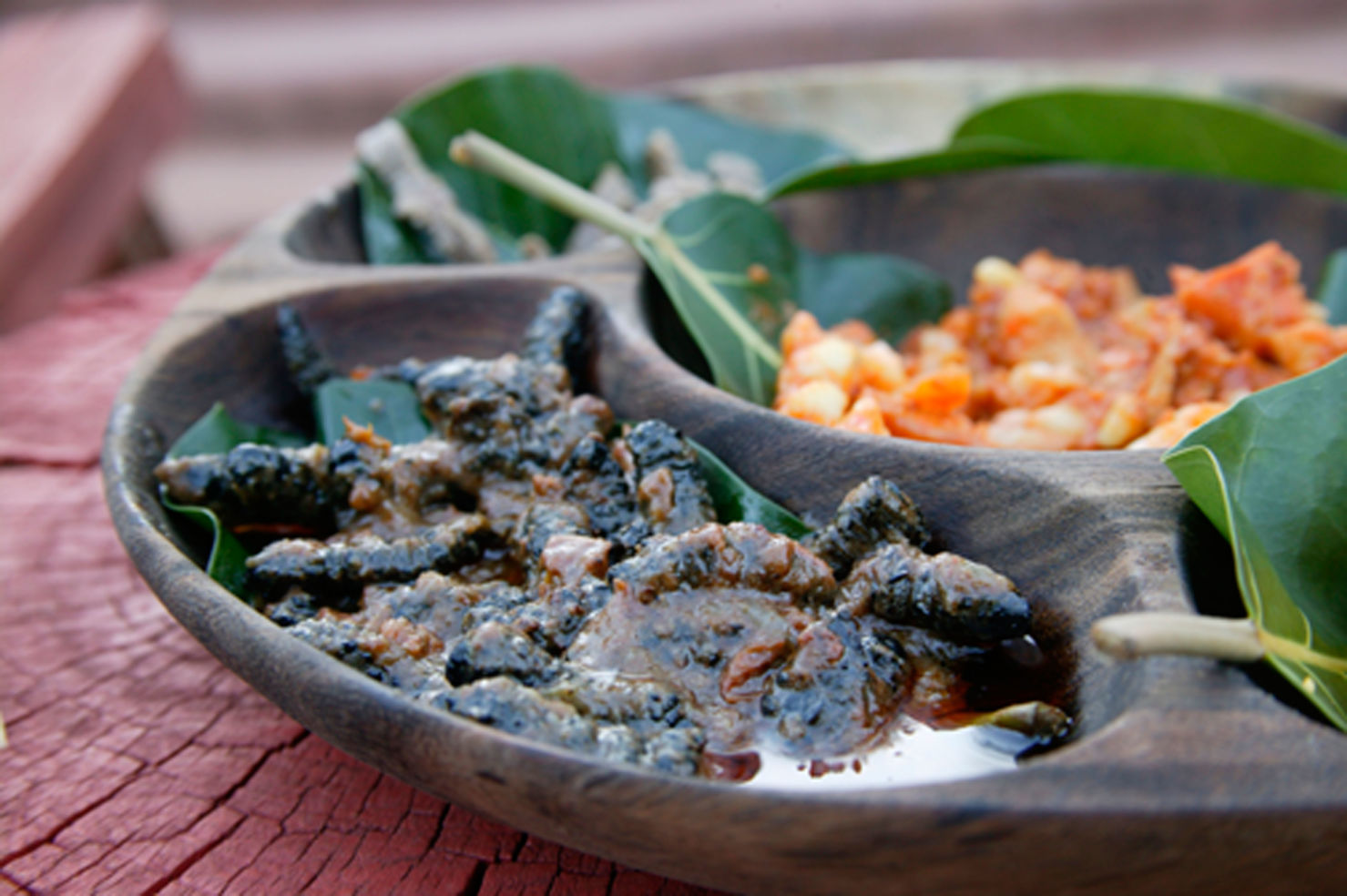 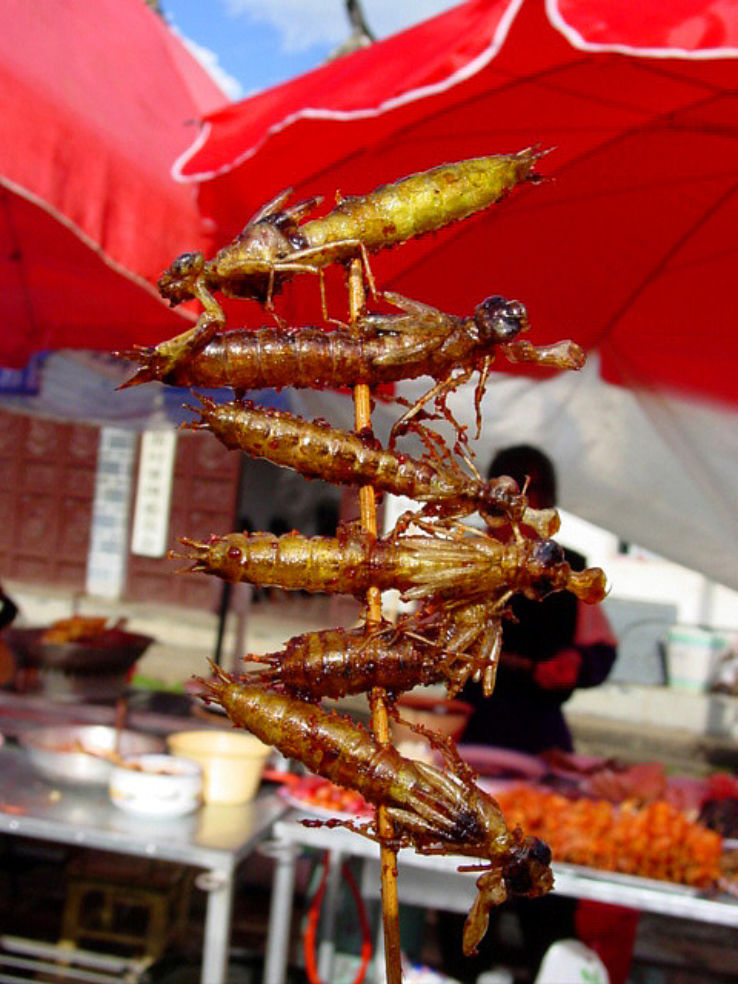 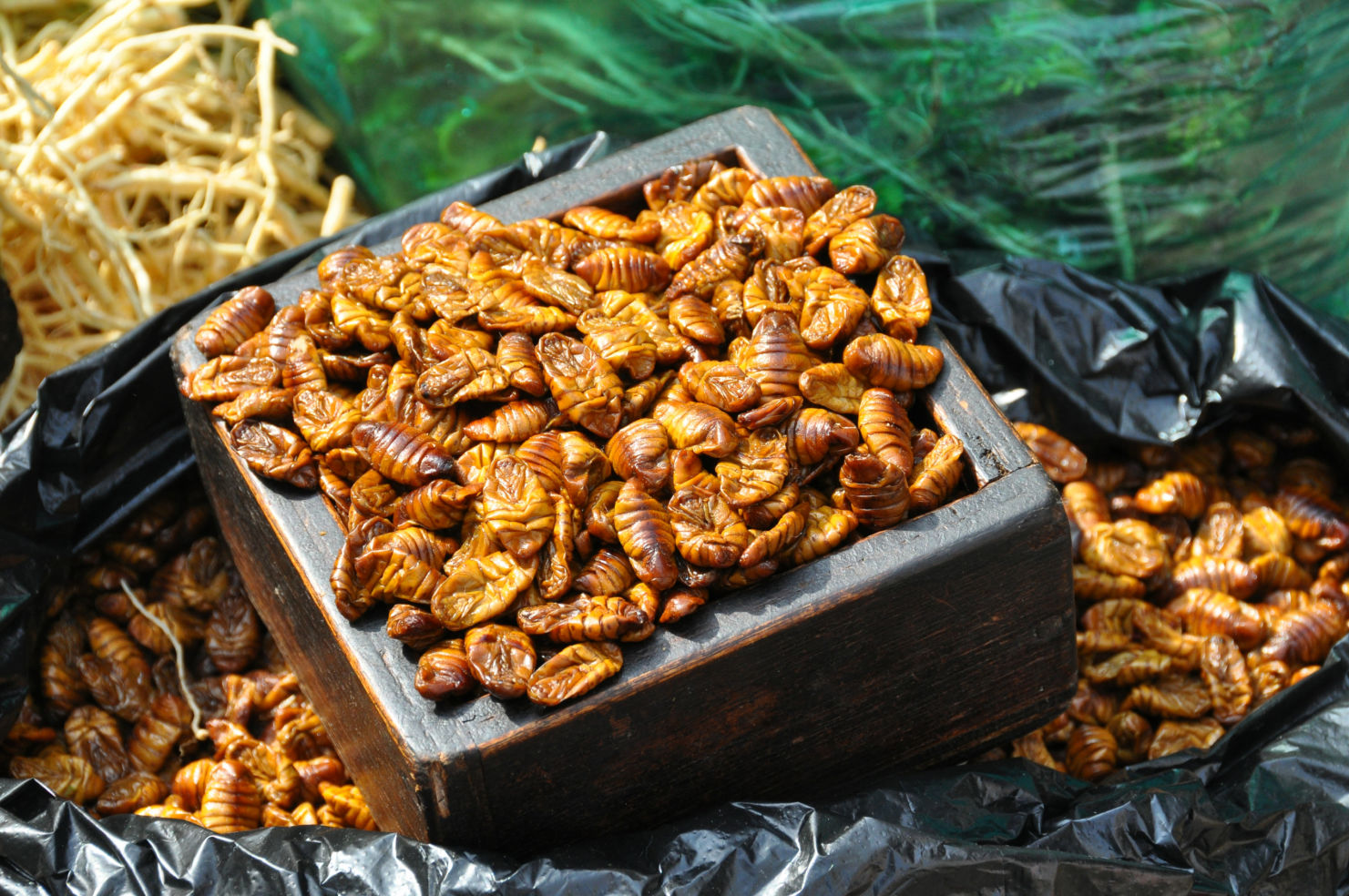 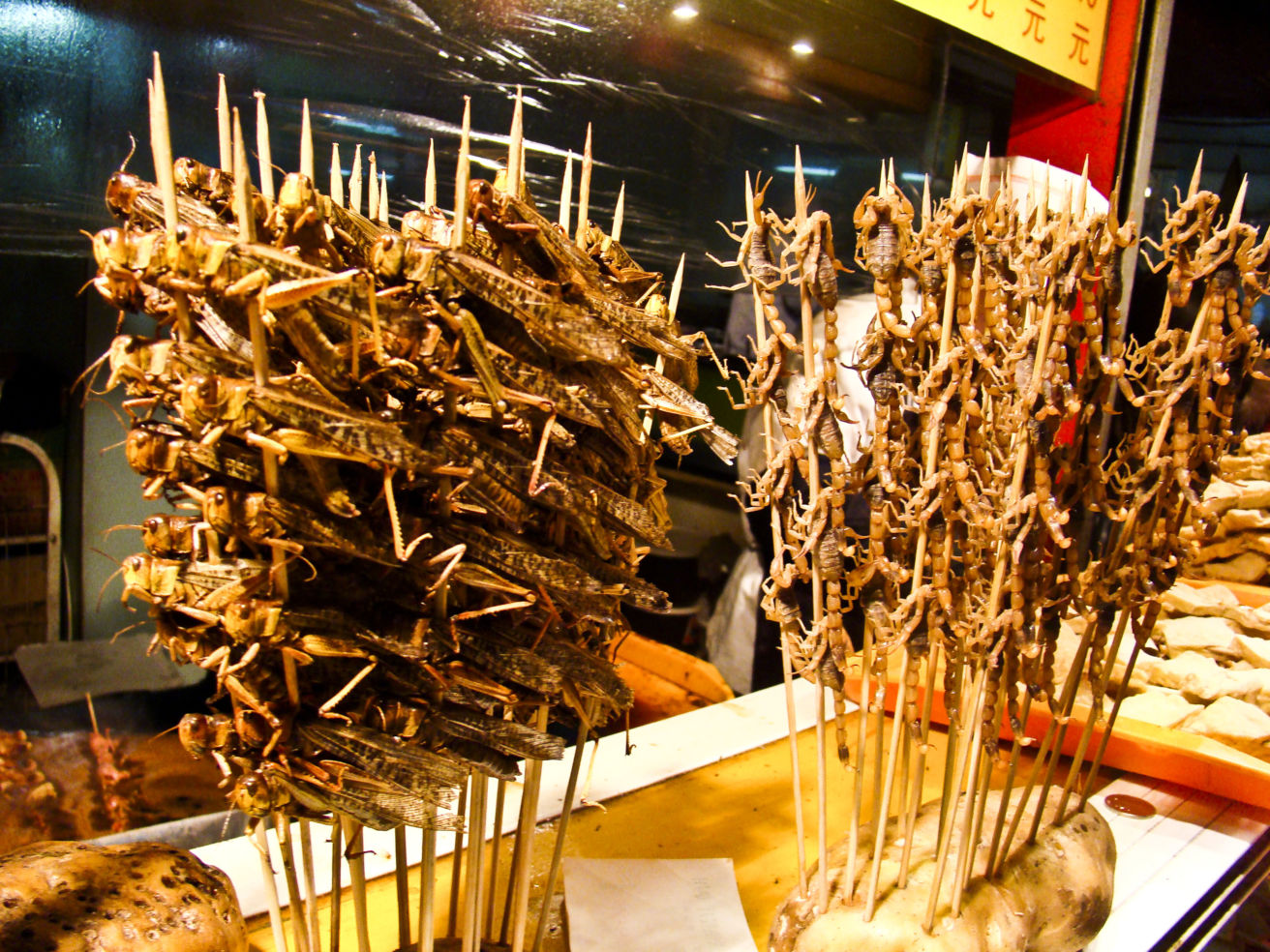 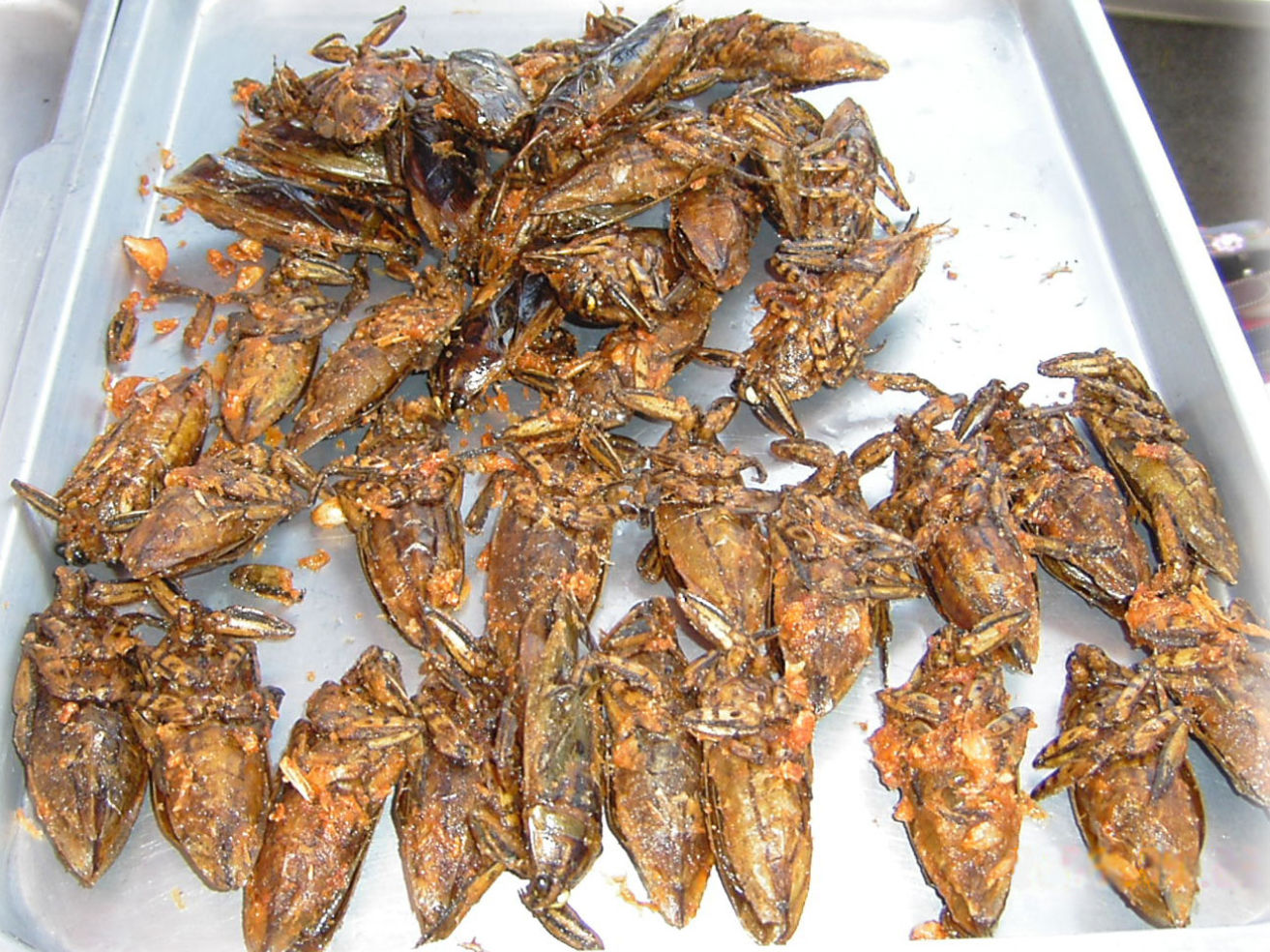 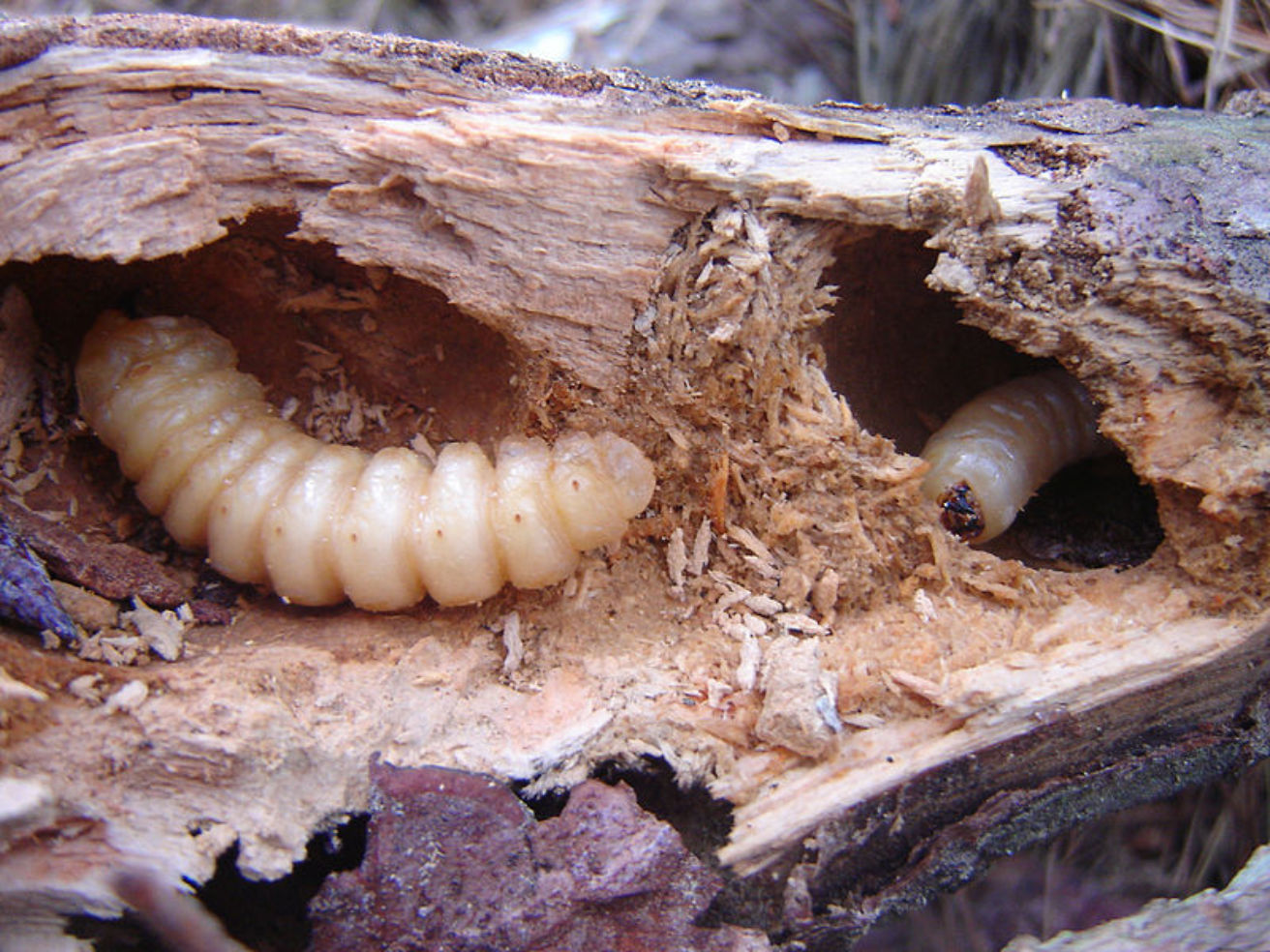 1 / 12 Photos
Cicada aficionados boil or fry them up like shrimp.
A palm weevil larva tastes like coconut when it's eaten raw or bacon when it's cooked.
Red ants and their eggs are consumed in salads in Thailand.
Stephen Ford/Alamy
Termites taste like carrots when they're roasted over hot coals or fried in oil.
Miguel Cuenca/Alamy
Roasted and tossed with chile and lime, crunchy grasshoppers sit in piles at street stands in Oaxaca, Mexico.
age fotostock/SuperStock
In Japan, wasp larvae are cooked in soy sauce and sugar, and eaten as a crunchy snack.
Courtesy Apple2000/Wikimedia Commons
After green slime is squeezed from its gut, the mopane worm is dried or smoked and served with sauce.
AfriPics.com/Alamy
These giant dragonflies, found in Indonesia, taste similar to soft-shell crab.
Courtesy feffi/Flickr
The silkworm itself is an edible byproduct of the silk industry, as manufacturers only use the bugs' cocoons to make the cloth.
Stephen Rudolph/Dreamstime.com
Scorpions are scooped up alive and wriggling, skewered on a kebab, and deep-fried in oil.
Courtesy Tomchen1989/Wikimedia Commons
These massive waterbugs are commonly found in Bangkok street stalls.
Courtesy Takoradee/Wikimedia Commons
Huhu grubs are often eaten raw—and they taste like peanut butter!
Courtesy schlott/Wikimedia Commons

What tastes like peanut butter? Or soft-shell crab? Or cinnamon? Why, grubs, scorpions, and stinkbugs, of course. Find out why insects are just another food group in most parts of the world.