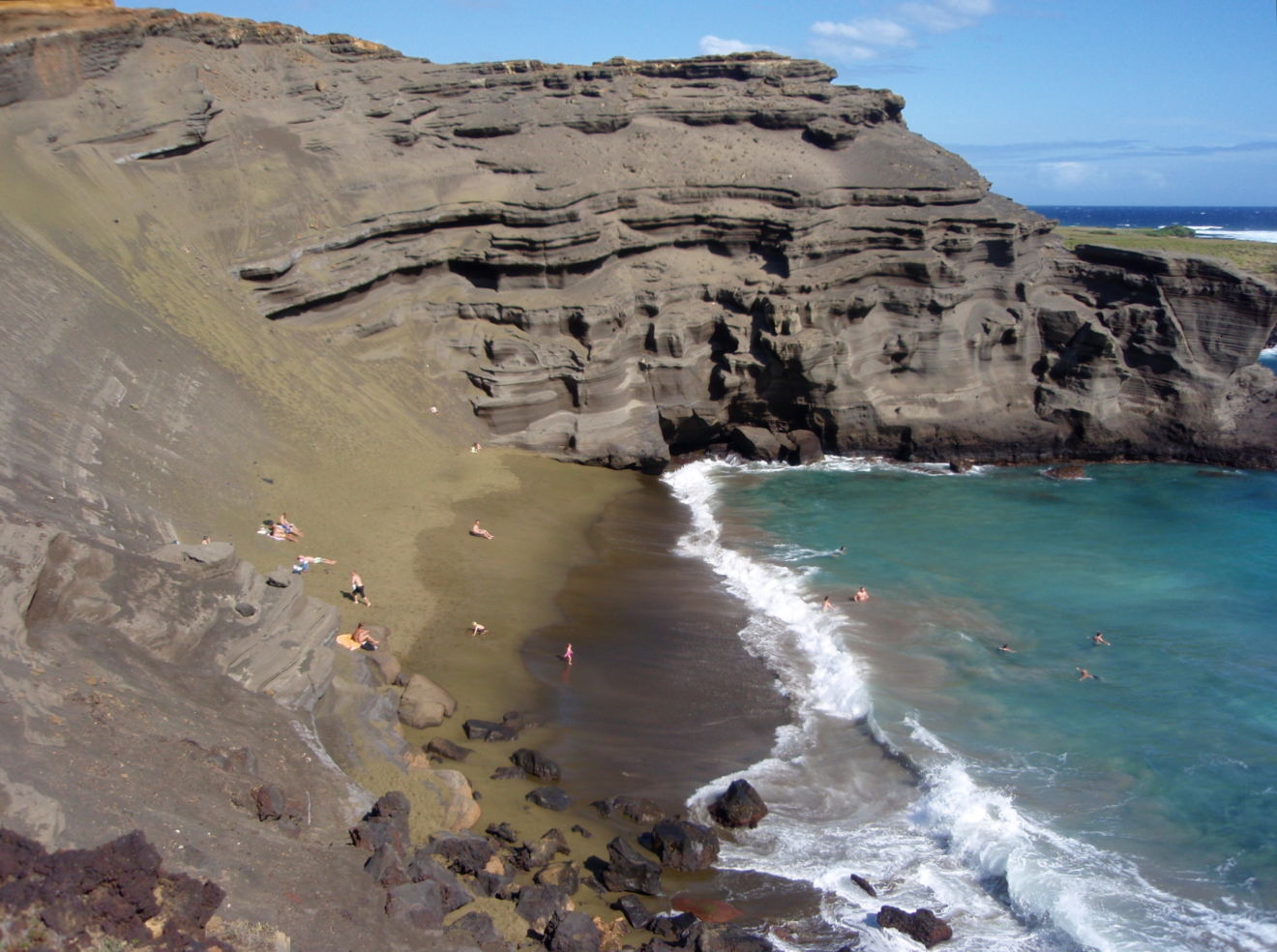 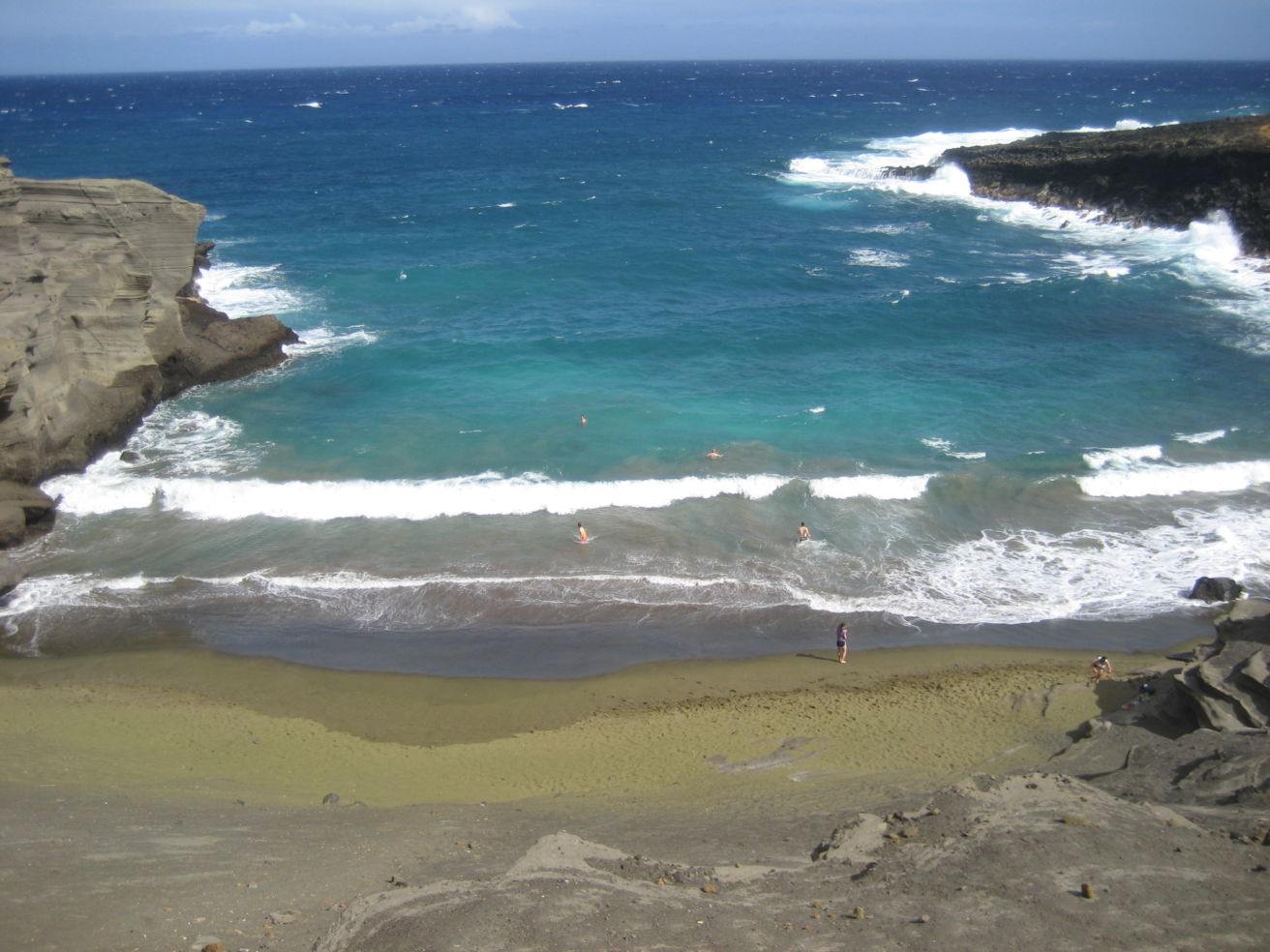 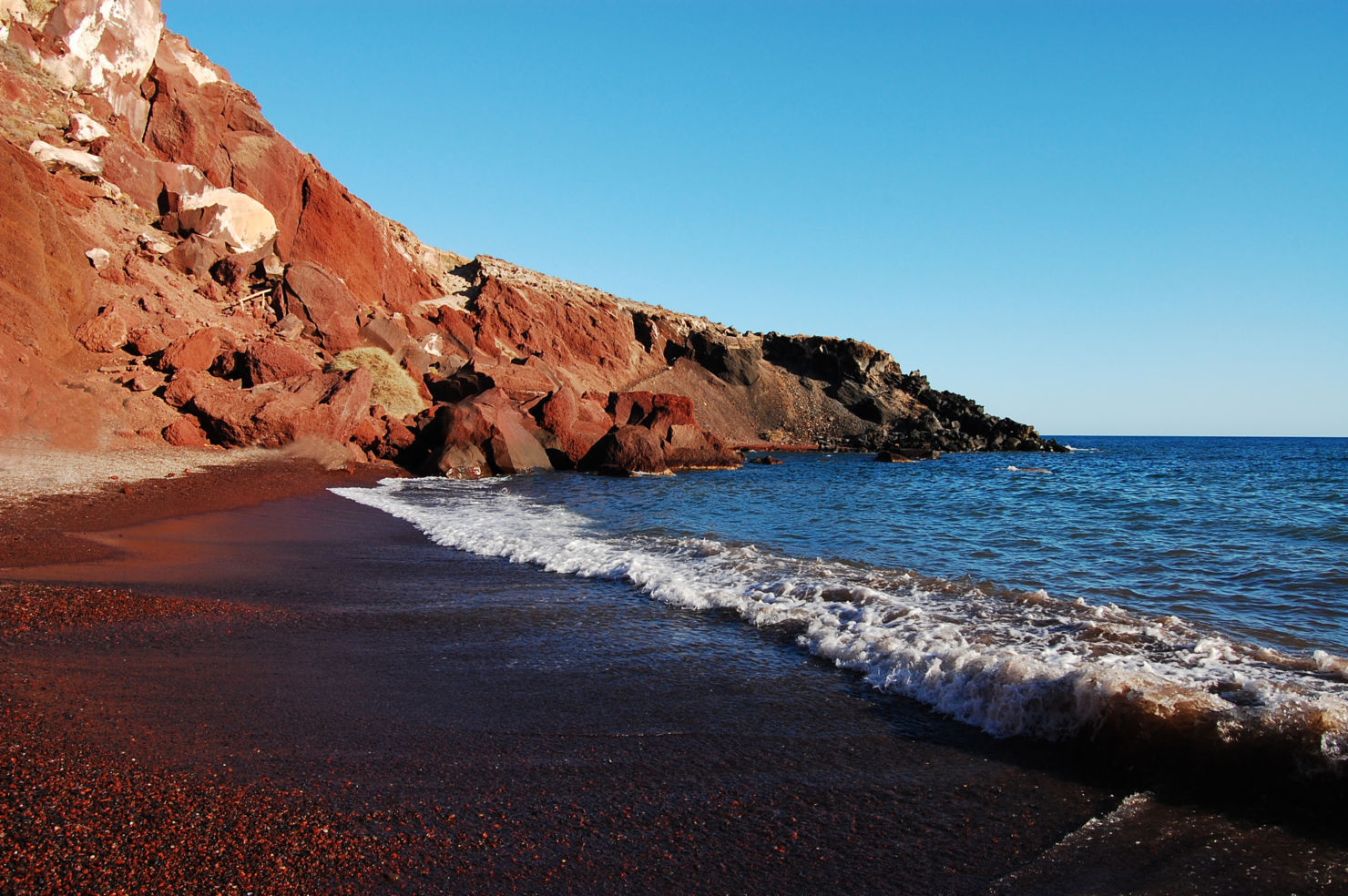 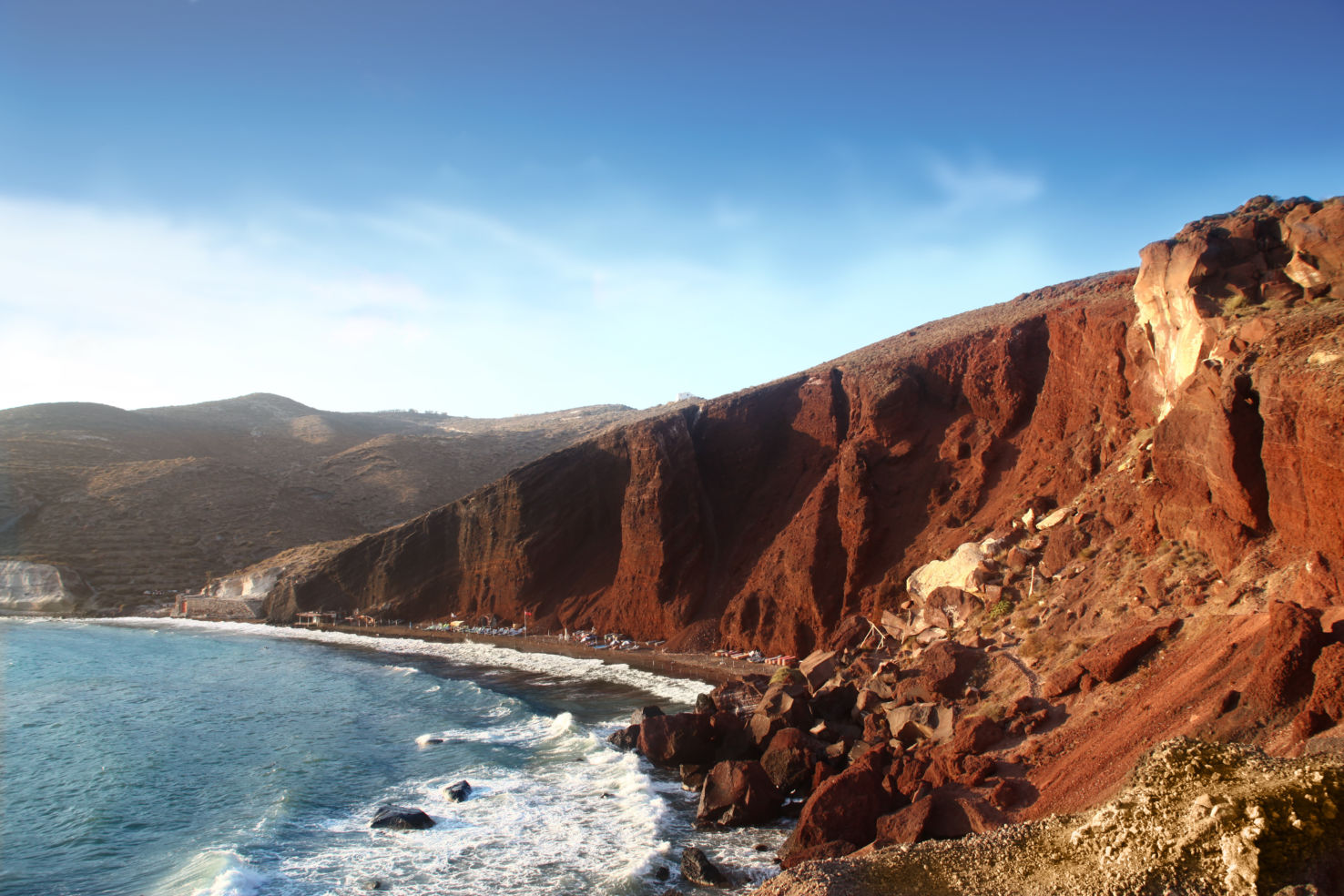 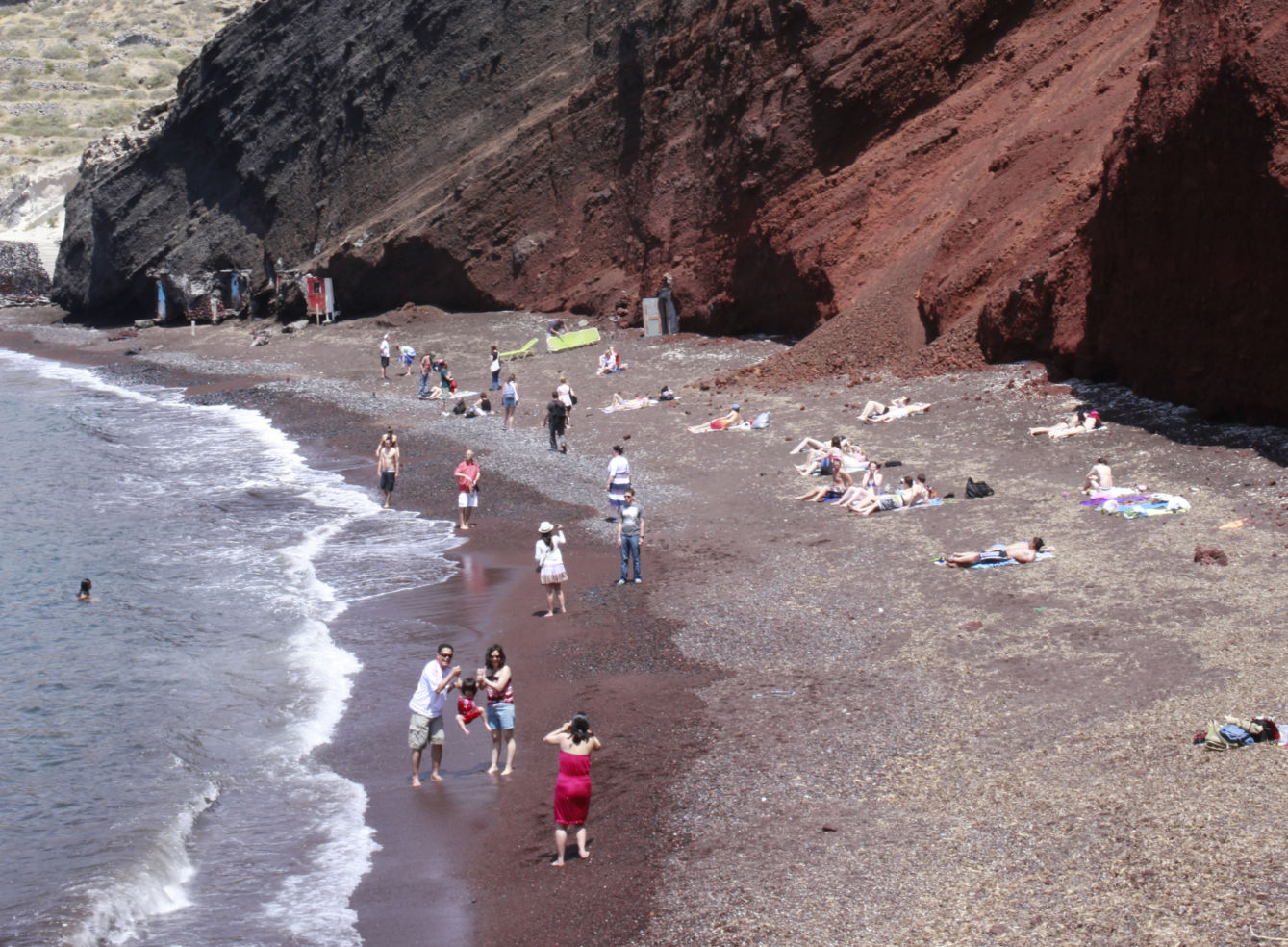 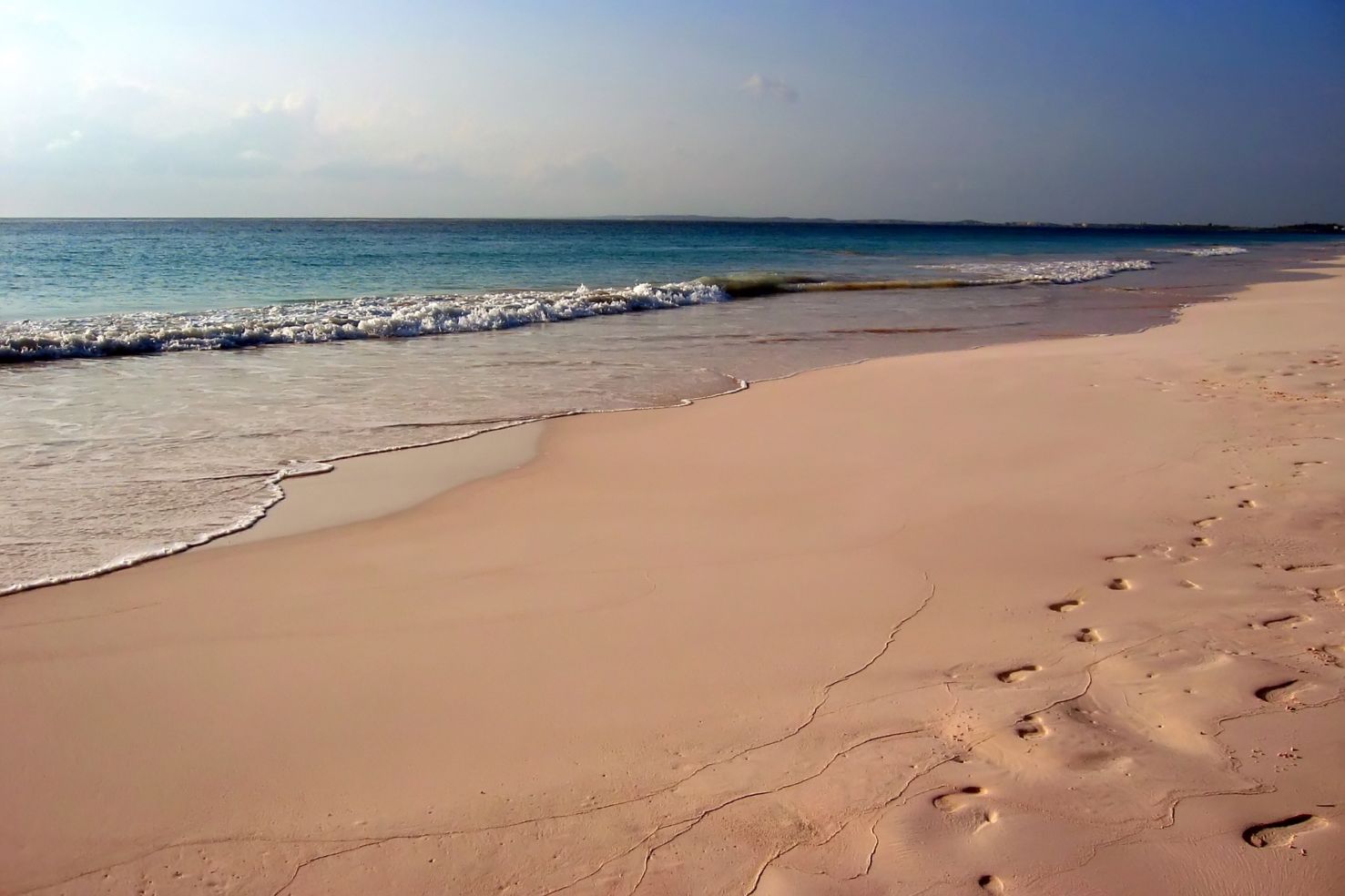 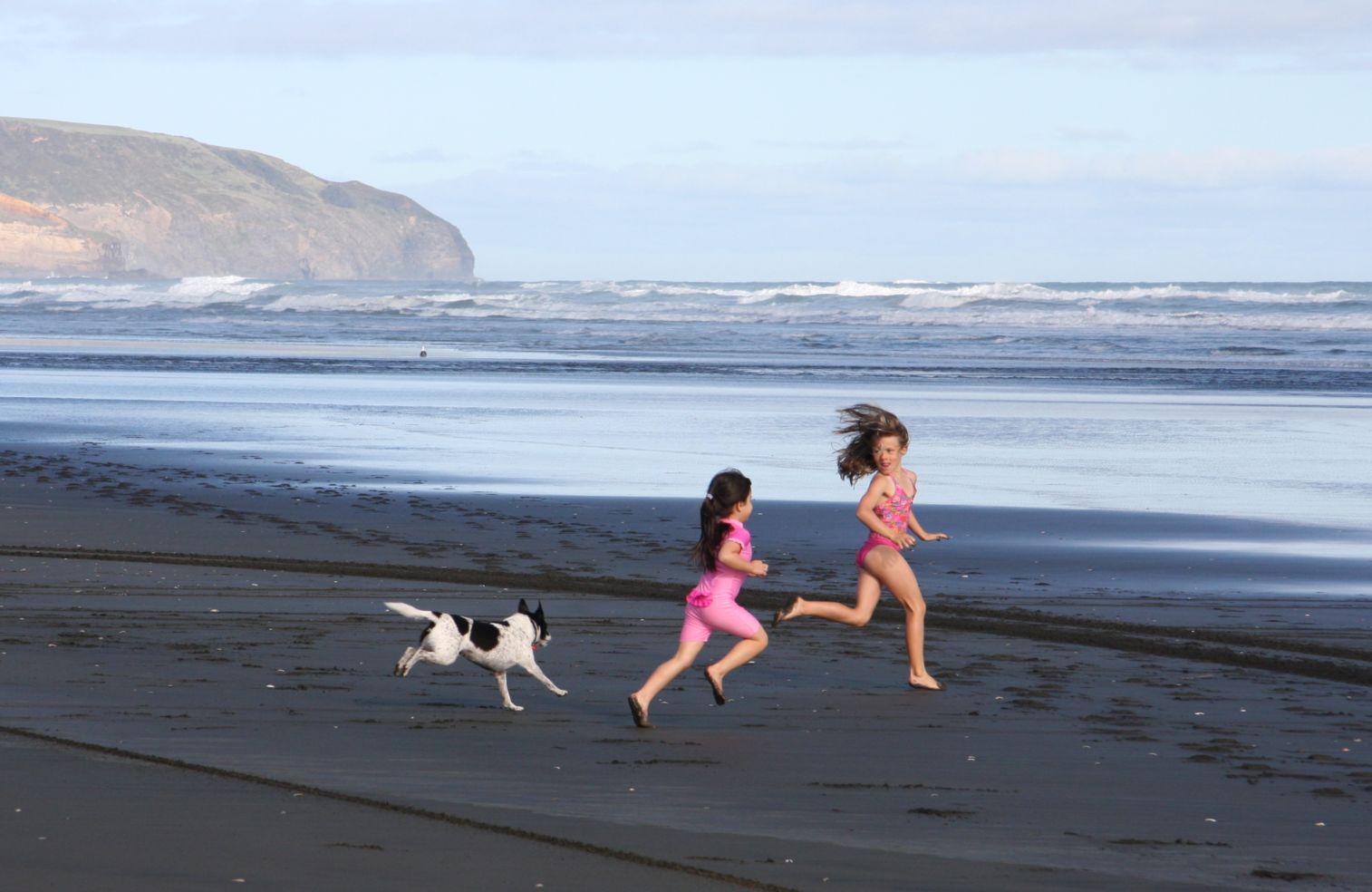 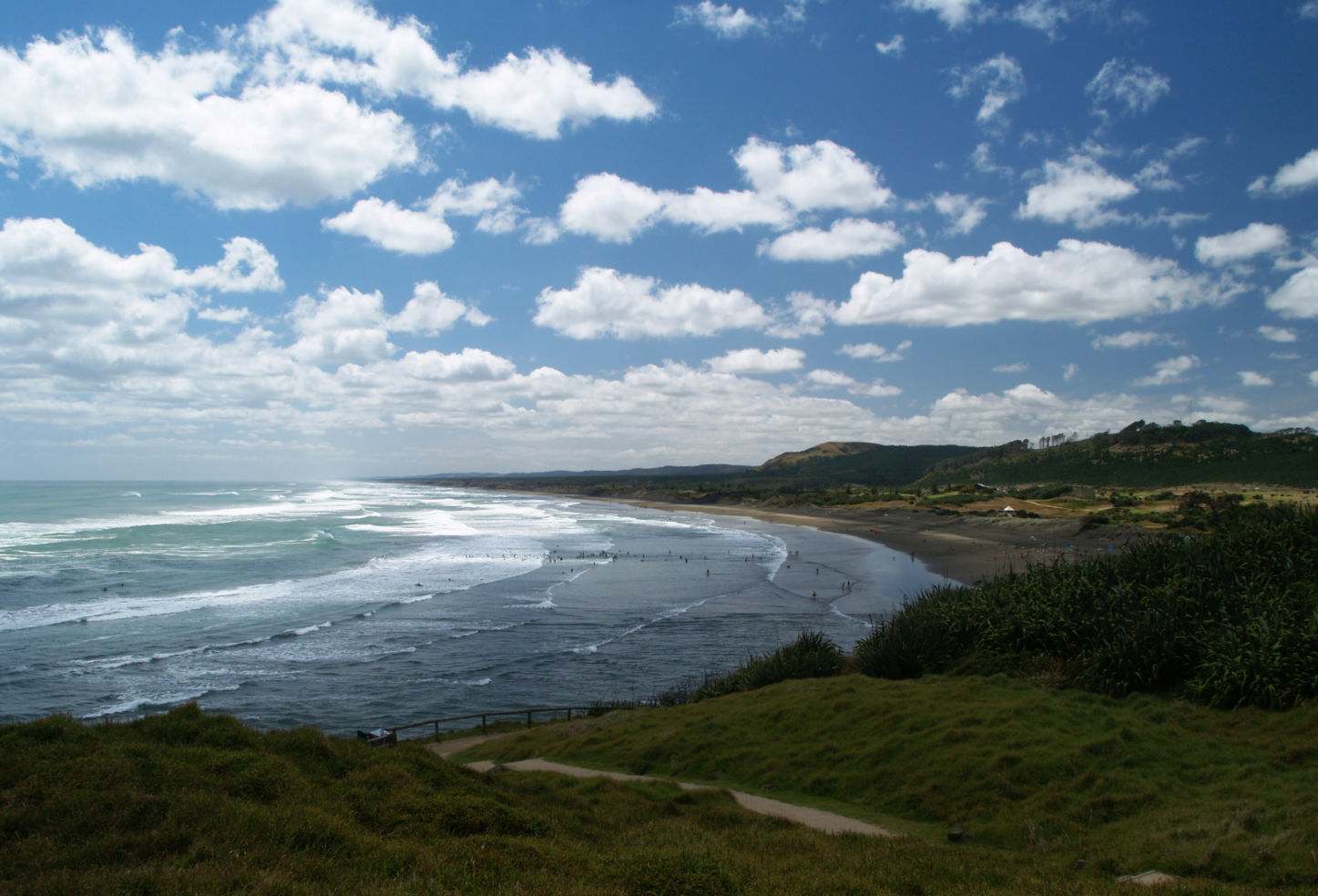 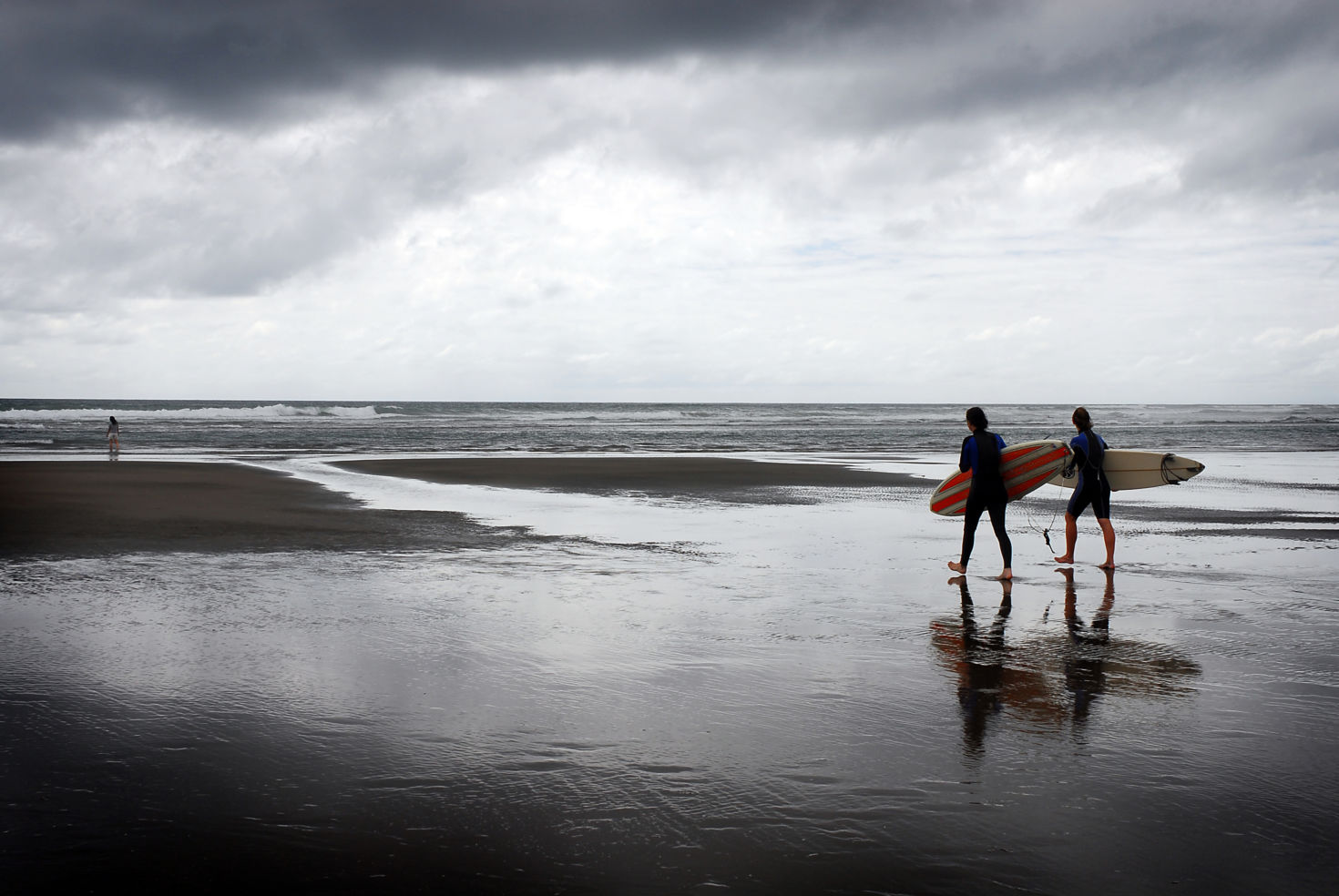 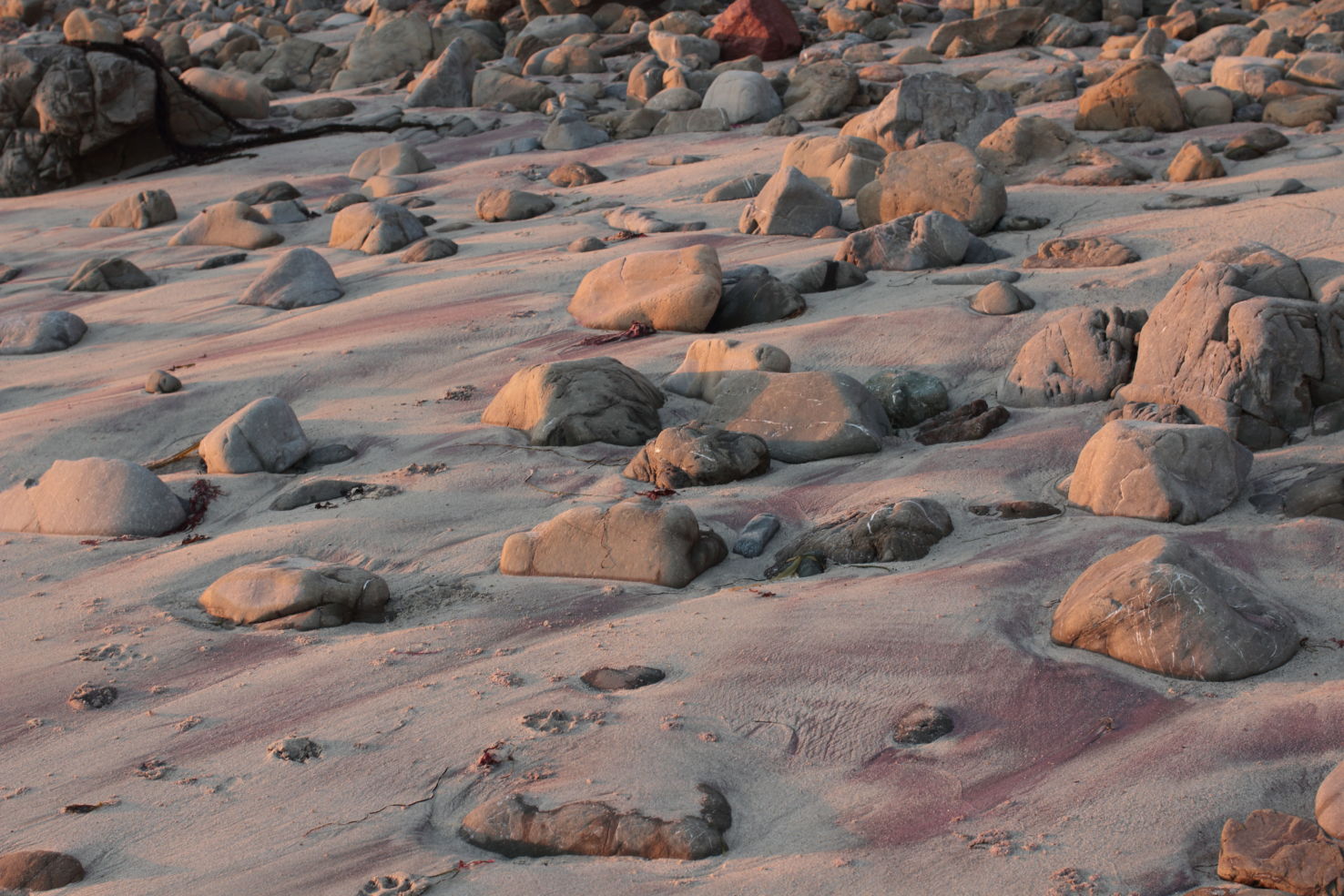 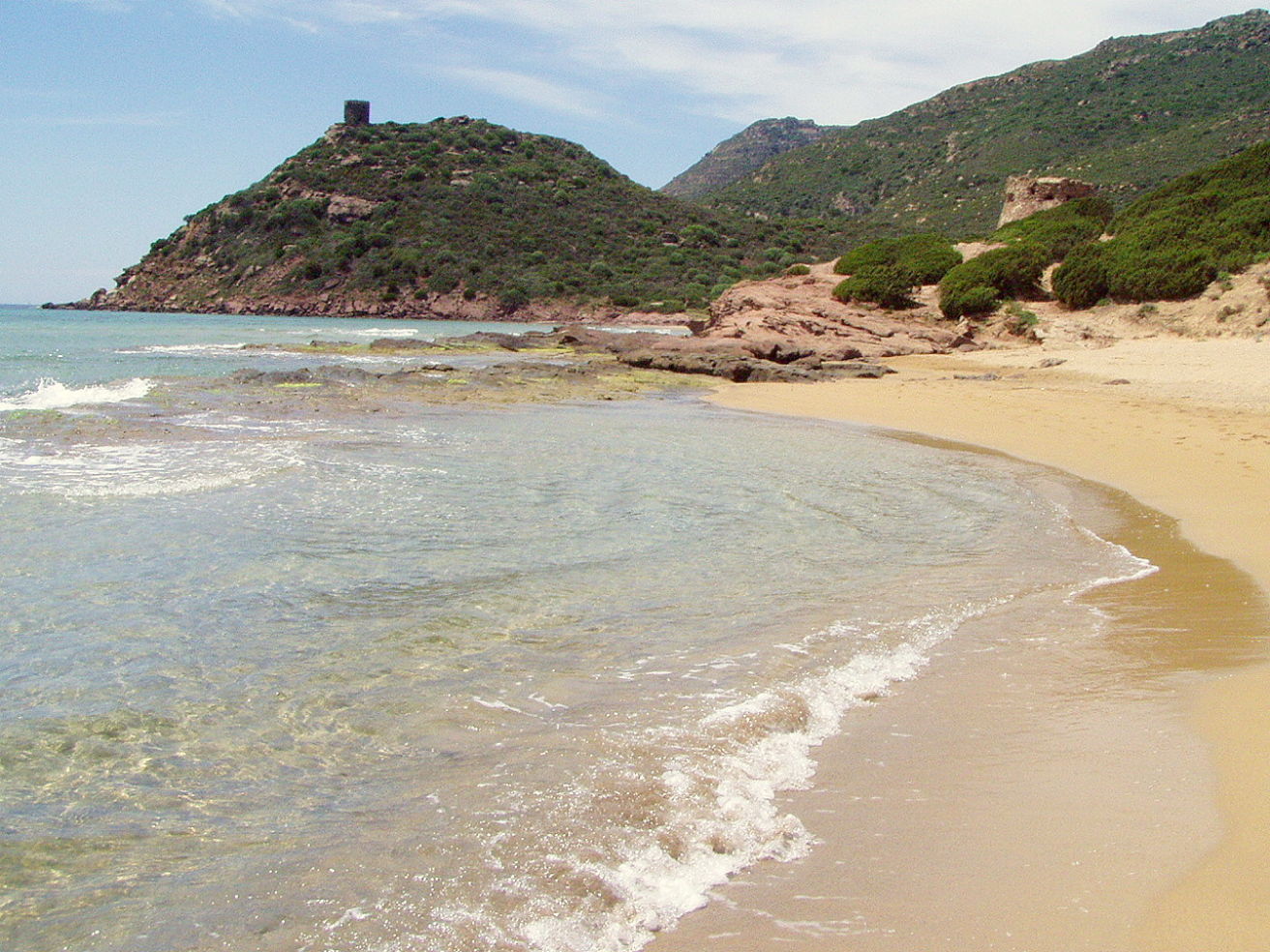 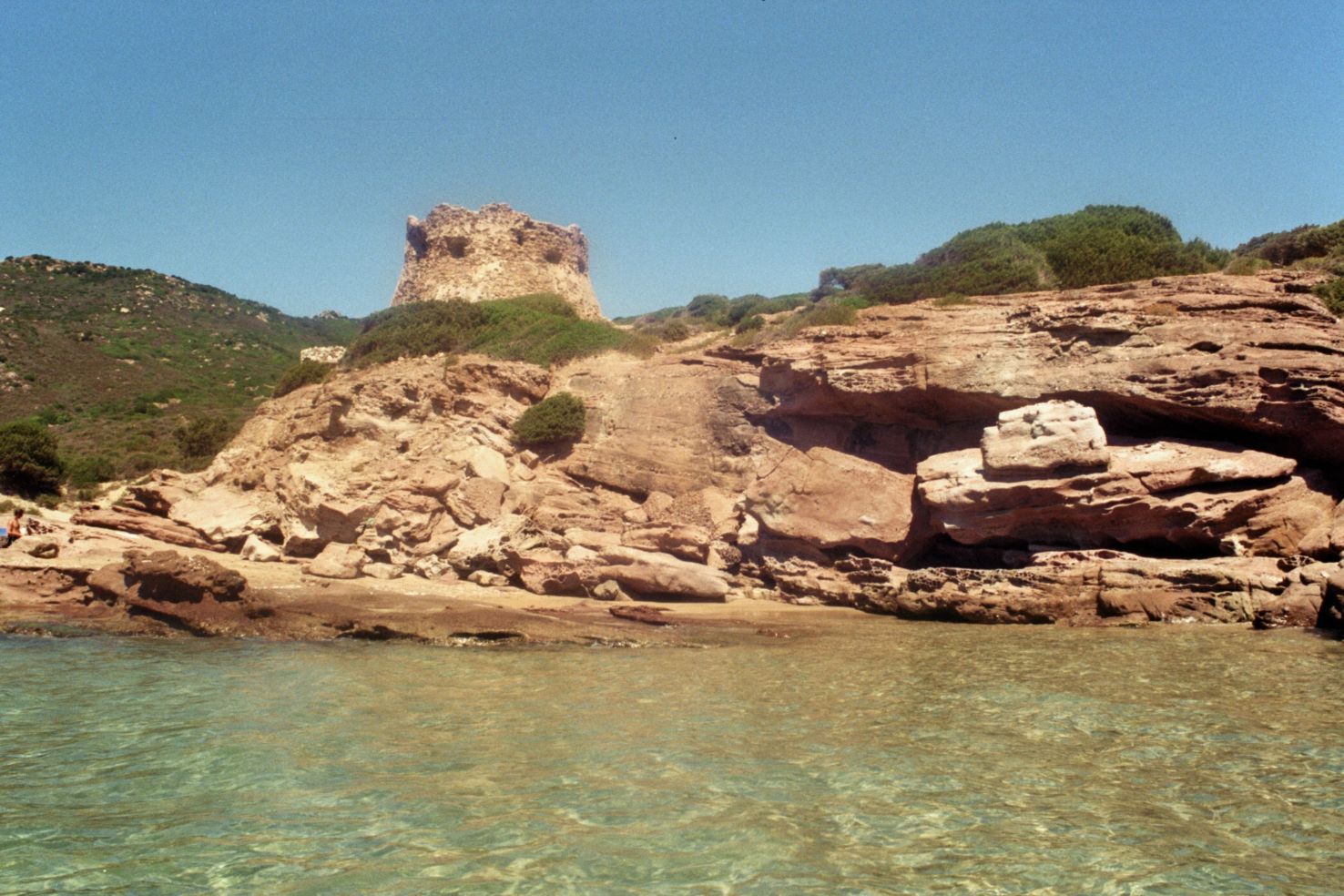 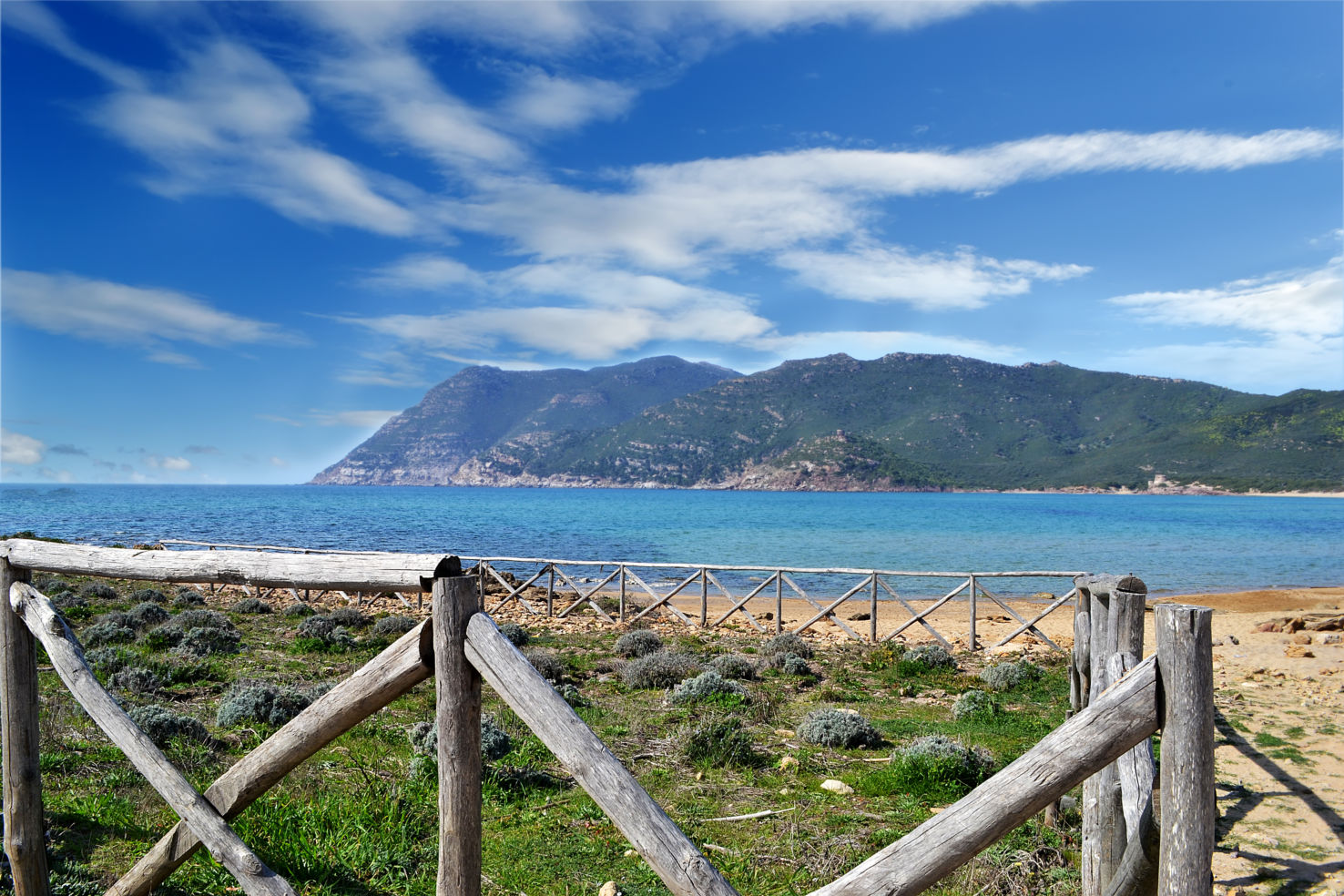 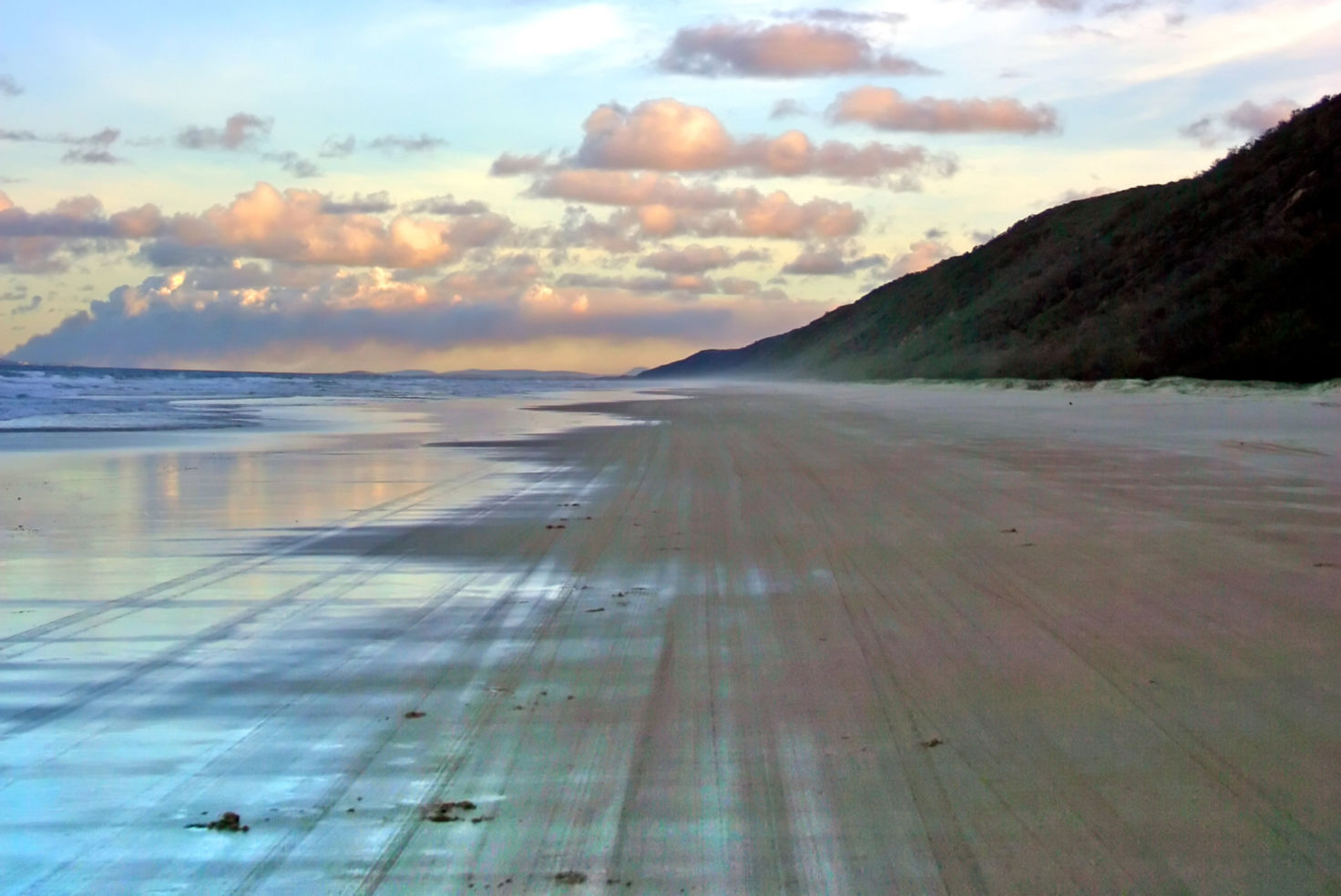 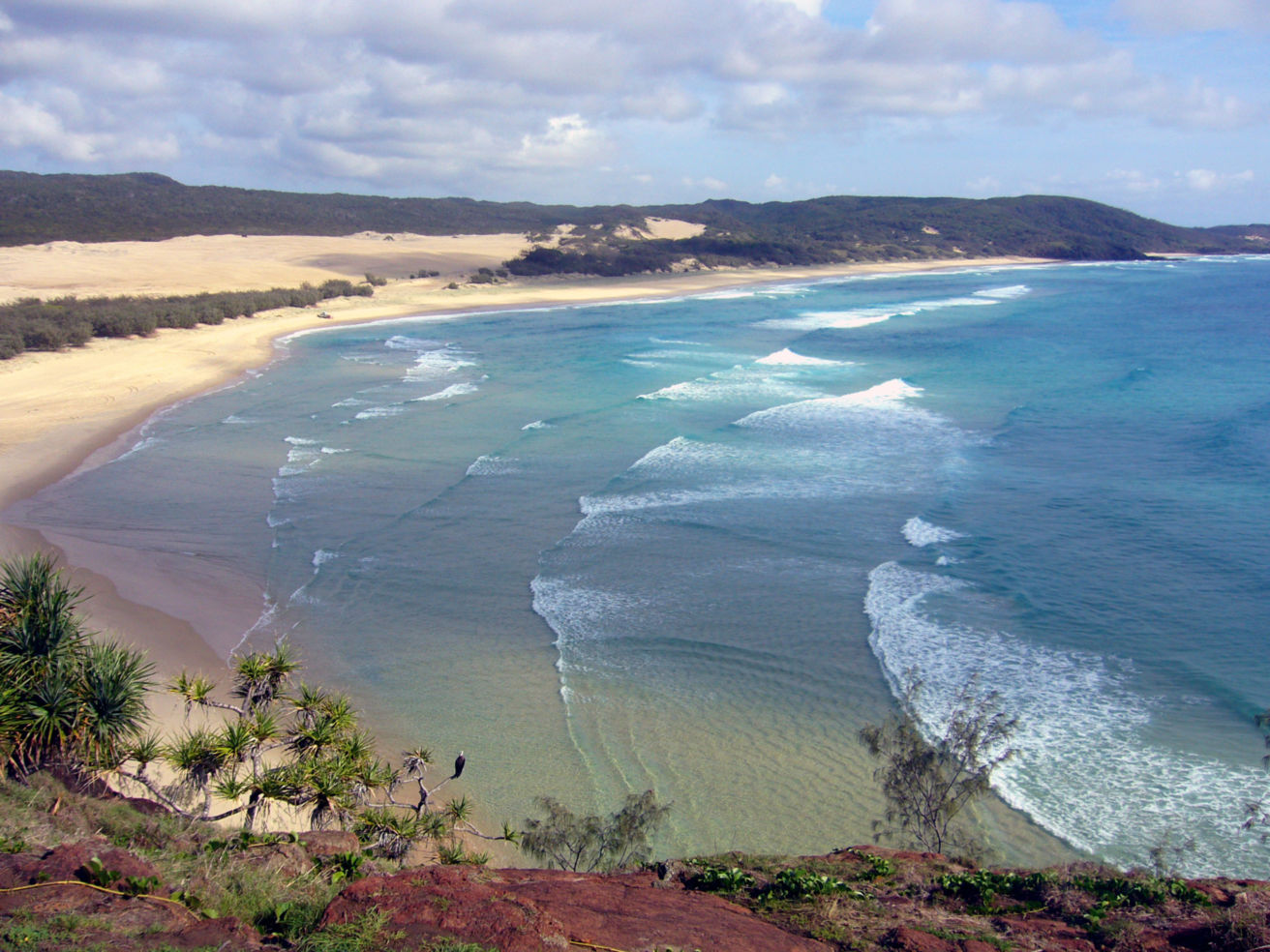 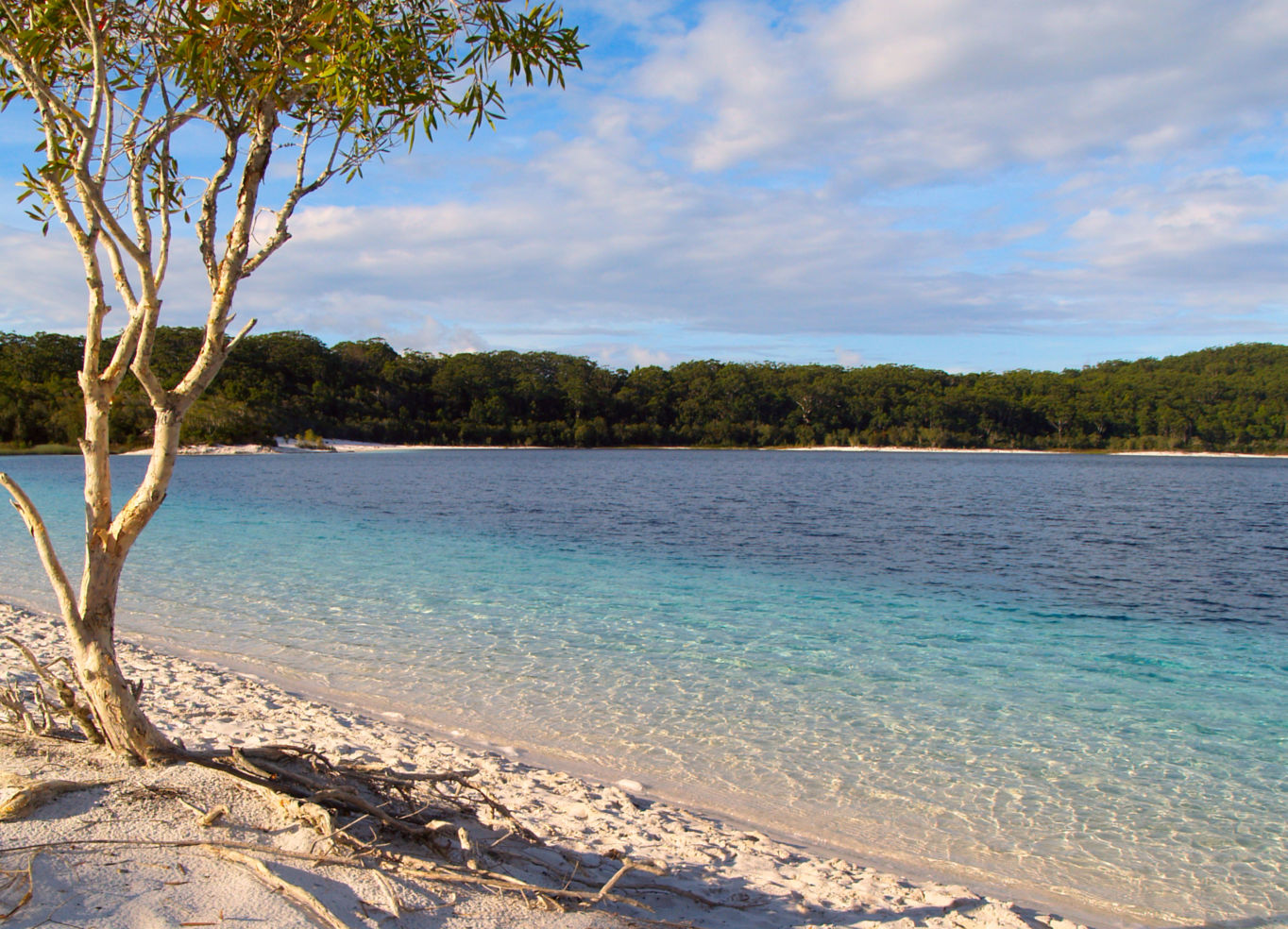 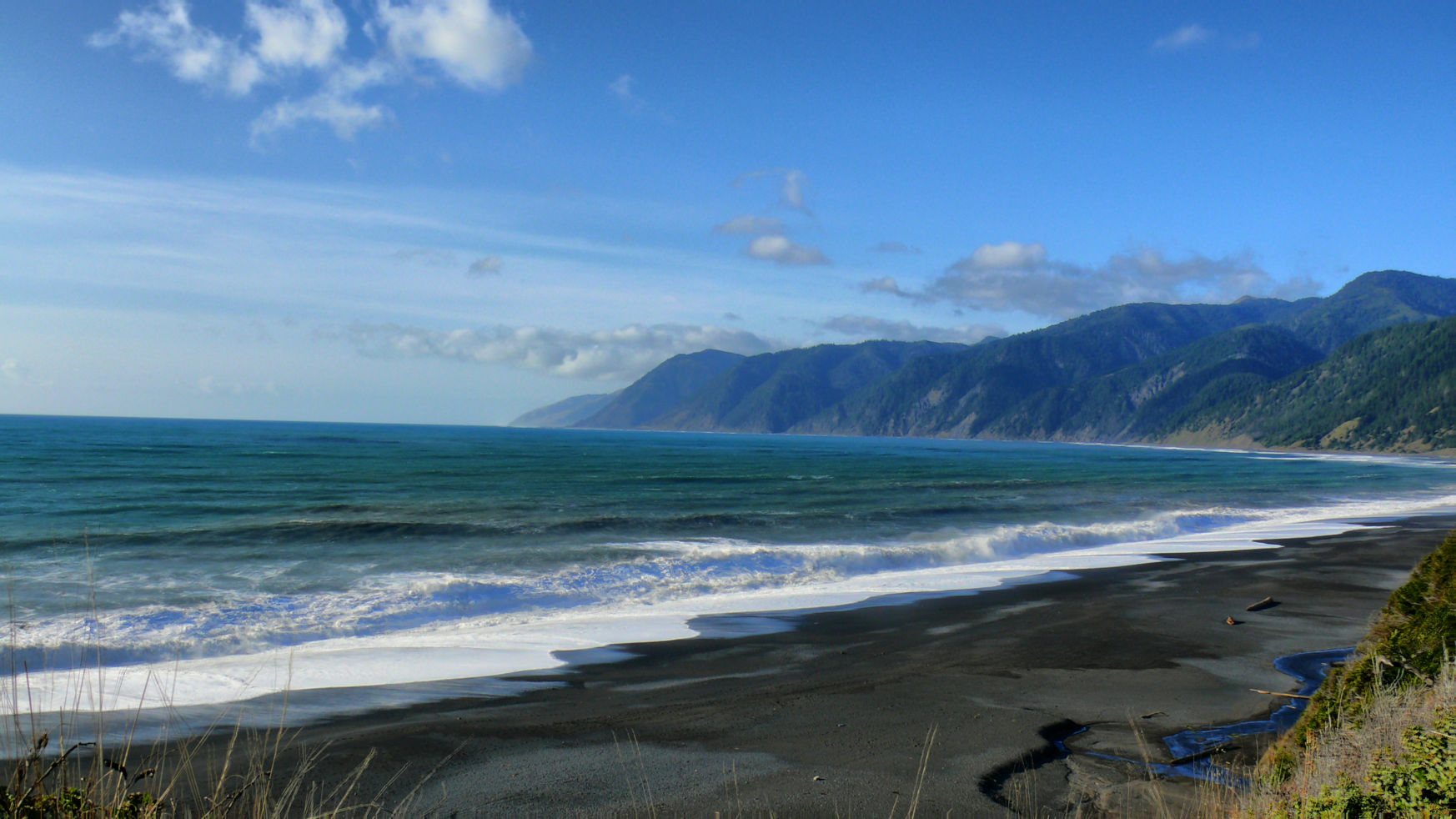 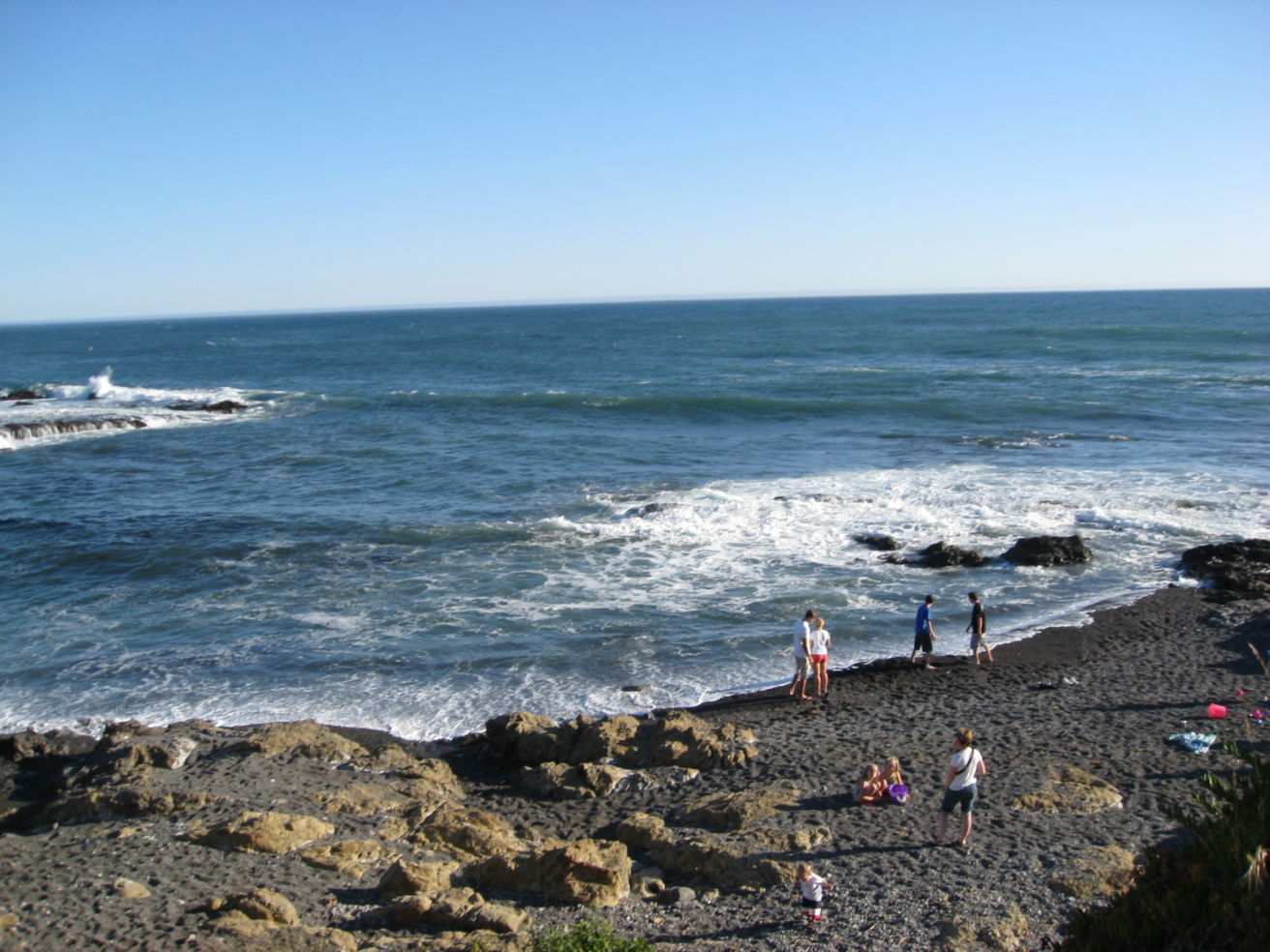 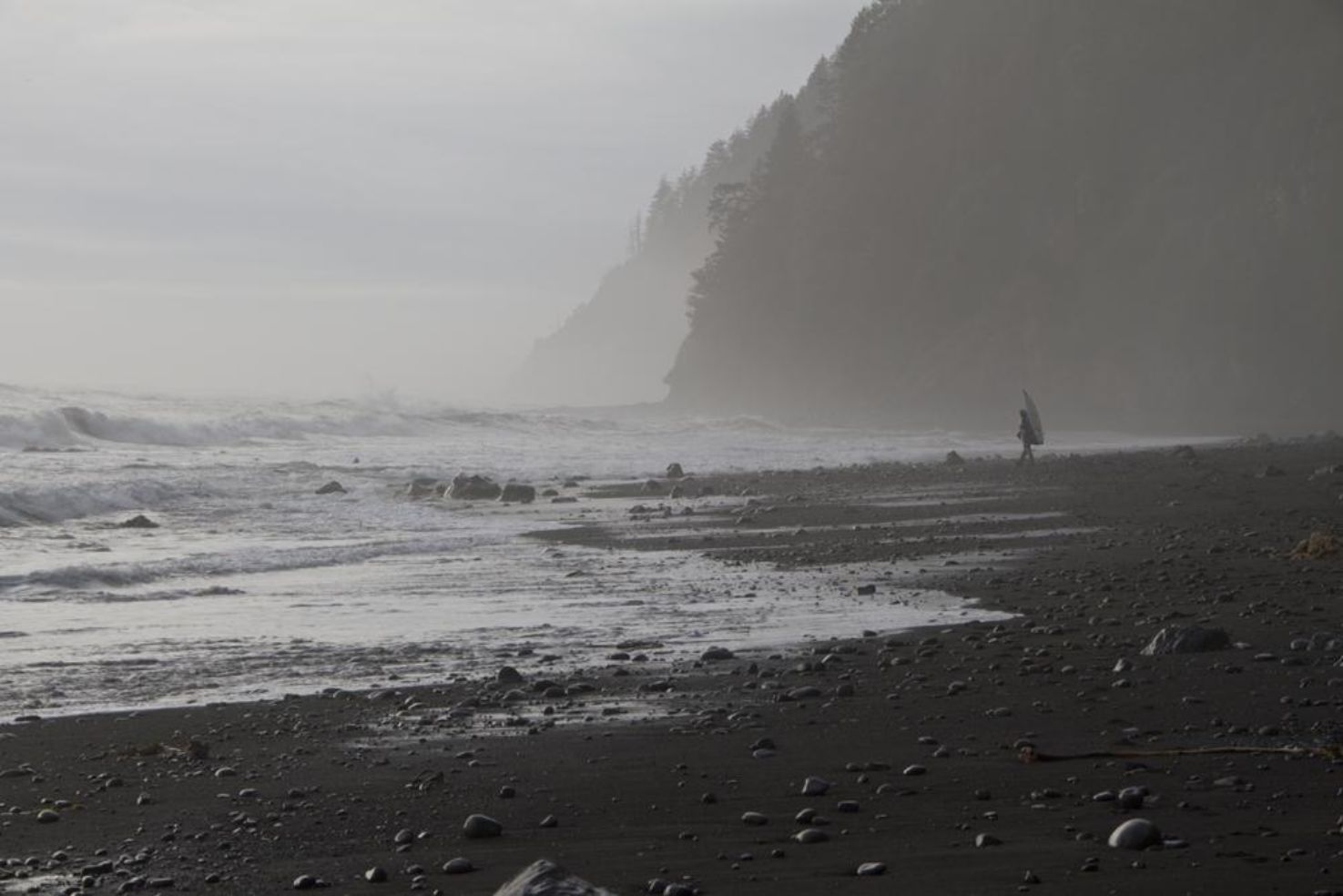 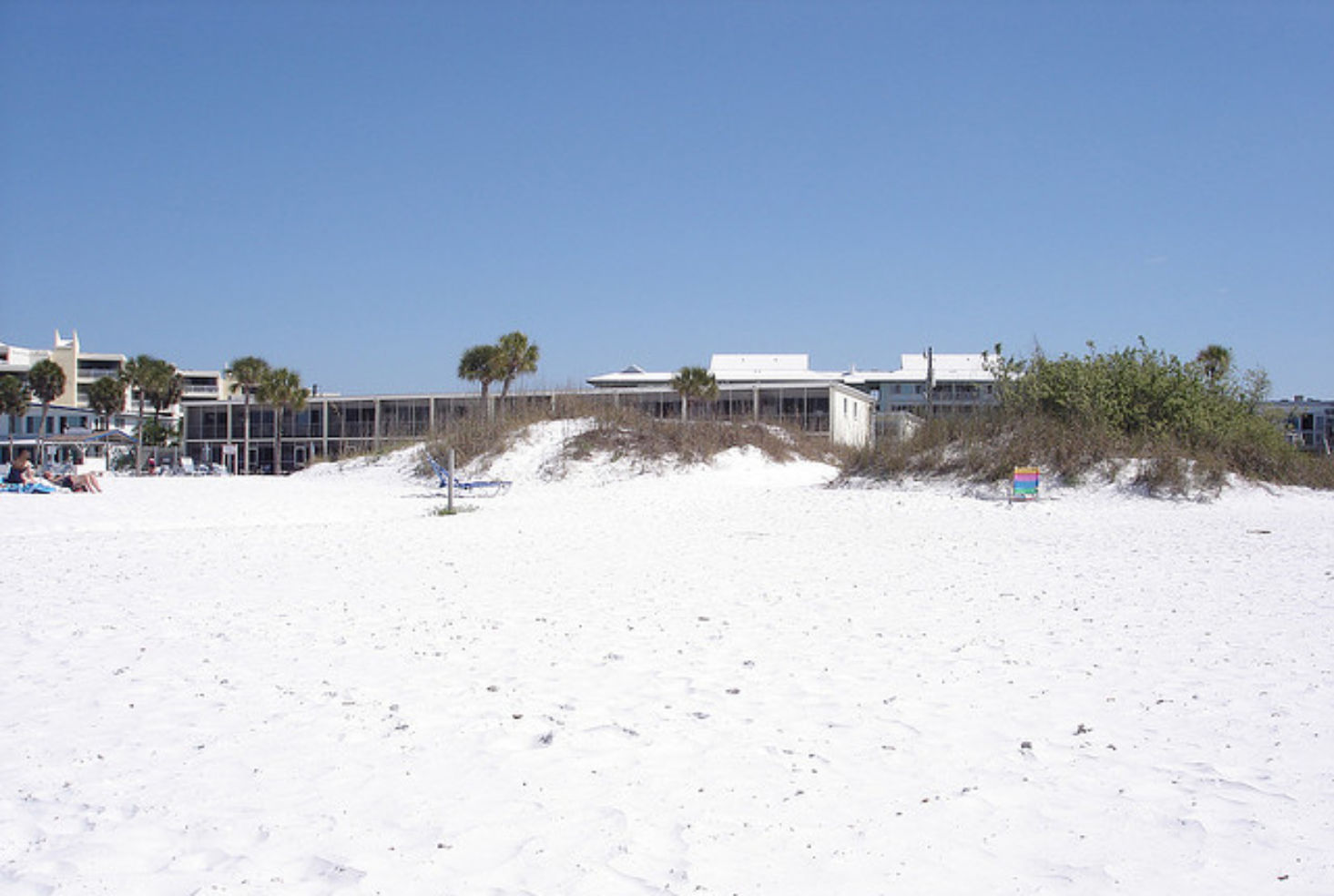 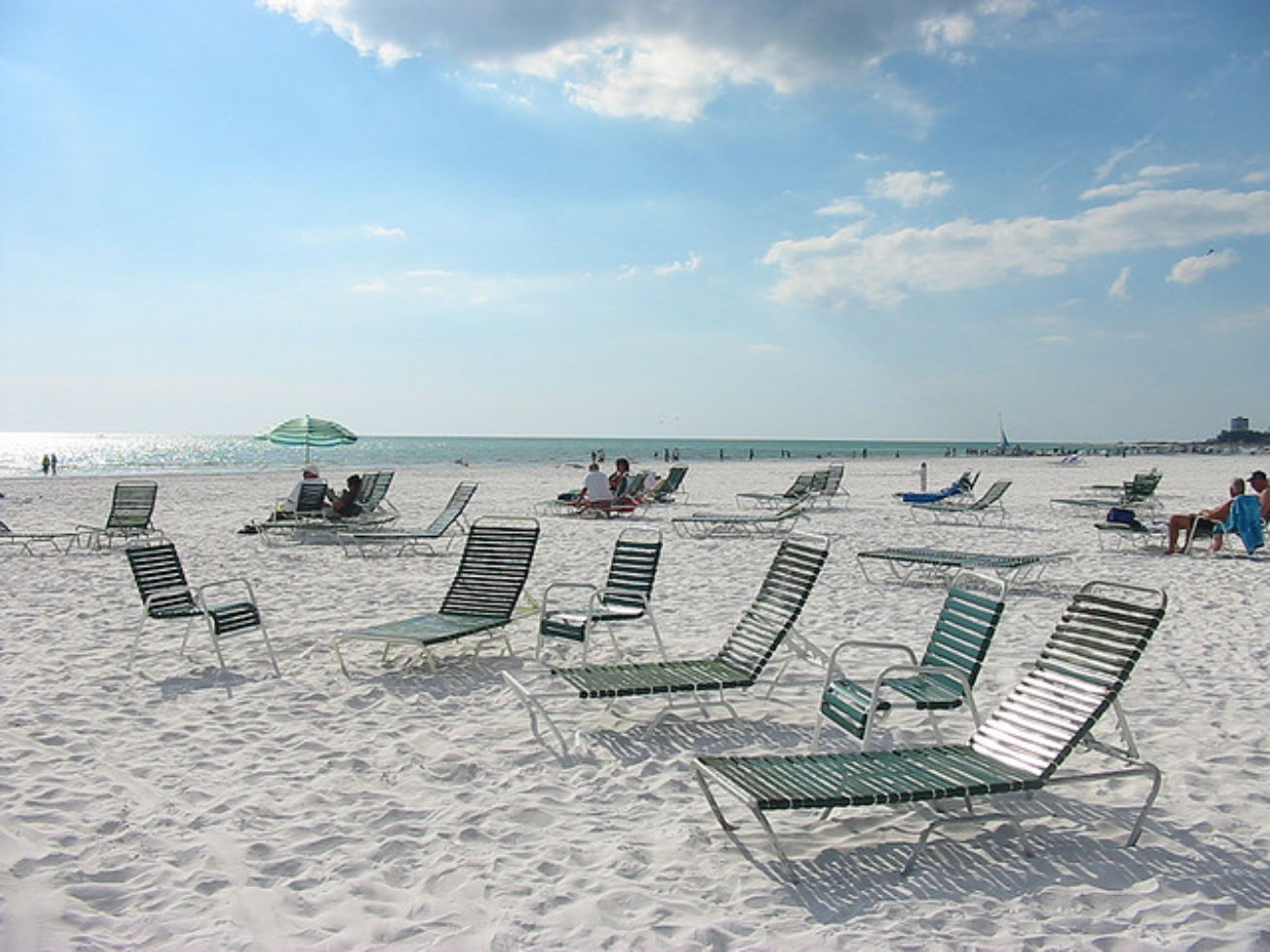 1 / 25 Photos
Located on the southern tip of Hawaii's Big Island, Papakōlea Beach is more commonly referred to as Green Sand Beach.
Papakōlea Beach's sand is made of tiny olivine crystals from the surrounding lava rocks that are trapped in the 49,000 year-old Pu'u Mahana cinder cone by the waters of Mahana Bay
Courtesy jonny-mt/Wikimedia Commons
You can take the two-mile hike along the southernmost point in the U.S.A. for a glimpse of the uniquely olive-green sand.
dannyman/Flickr
The colorful red sand of Santorini's Kokkini Beach is a result of the surrounding iron-rich black and red lava rocks left over from the ancient volcanic activity of Thira, the impressive volcano that erupted and essentially shaped the island in 1450 B.C.
Roman Rodionov/Dreamstime
Kokkini Beach is set at the base of giant red cliffs that rise high over crystal-blue Mediterranean waters.
Bowie15/Dreamstime
It's best to visit Kokkini in the early morning hours—the sand heats up under the warm Mediterranean sun.
Whitney Tressel
What makes this Pink Sand Beach in the Bahamas so pink? Thousands of broken coral pieces, shells, and calcium carbonate materials left behind by foraminifera (tiny marine creatures with red and pink shells).
Courtesy Mike’s Birds/Flickr
Many beaches on Harbour Island in the Bahamas have rosy sand.
New Zealand's stunning Muriwai Black Sand Beach is a 37-mile stretch of sparkling black sand.
Courtesy itravelnzâ„¢/Flickr
Black sand beaches are typically a result of an island's explosive volcanic past—the rich color is a result of a mixture of iron, titanium, and several other volcanic materials.
Tomas Pavelka/Dreamstime
Just a 40-minute ride west of downtown Auckland, Muriwai Black Sand Beach is an easy day trip.
Nzgmw2788/Dreamstime
Head to the northern coastline of Pfeiffer Beach, in Big Sur, CA, where patches of violet and deep-purple sand can be found.
Courtesy John Loo/Flickr
The source for the purple sand at Pfeiffer Beach is large deposits of quartz and manganese garnet originating in the nearby hills being washed down from the creek to its final resting place along the Pacific.
The northern corner of Italy's island of Sardinia is home to Porto Ferro, a stretch of oddly orange-colored sand thanks to a unique mixture of the area's native orange limestone, crushed shells, and other volcanic deposits.
Courtesy Daygum/Wikimedia Commons
This area of Sardinia is also known for its scenic bike and hiking paths, and three Spanish lookout towers that date back to the 1600s.
Courtesy DONFA/Flickr
This pristine area of Sardinia is also a popular spot for diving, surfing, and windsurfing.
Alkan2011/Dreamstime
There are 74 different hues in the sand at Australia's Rainbow Beach, a clandestine combination of erosion and iron oxide buildup that has been occurring since the last ice age.
Chee-onn Leong/Dreamstime
According to an ancient Aboriginal legend, the sands at Rainbow Beach are a result of the rainbow spirit falling onto the large beachside cliffs after losing a battle over a beautiful woman.
West117/Dreamstime
Rainbow Beach is a three-hour drive north of Brisbane on the Sunshine Coast of northeast Queensland.
Wouter Tolenaars/Dreamstime
It's worth the trip to California's remote Shelter Cove to see the gray-colored sand, the result of years of erosion of the nearby gray-shale cliffs along the shore.
Courtesy renedrivers/Flickr
Shelter Cove is also known for its scenic coastal drives, hikes, and an abundant source of wildlife at the nearby 68,000-acre King Range National Conservation Area.
Courtesy markodesign/Flickr
Shelter Cove is along "The Lost Coast" just above Mendocino County and about an hour south of Humboldt Redwoods State Park.
Courtesy abrahamhyat/Flickr
The sand doesn't get much whiter than at Crescent Beach, located on Florida's Siesta Key.
The sand along Florida's Crescent Beach is 99 percent pure quartz, which has traveled down Florida's rivers from the Appalachian Mountains.
Courtesy ksr8s/Flickr
The best part about Crescent Beach's sand: Not only does it feel like you're walking through powdered sugar, but it will never heat up no matter how hot the Florida sun beats down.
Courtesy mathewingram/Flickr

From green to purple to red, the sand at these beaches needs to be seen to be believed.