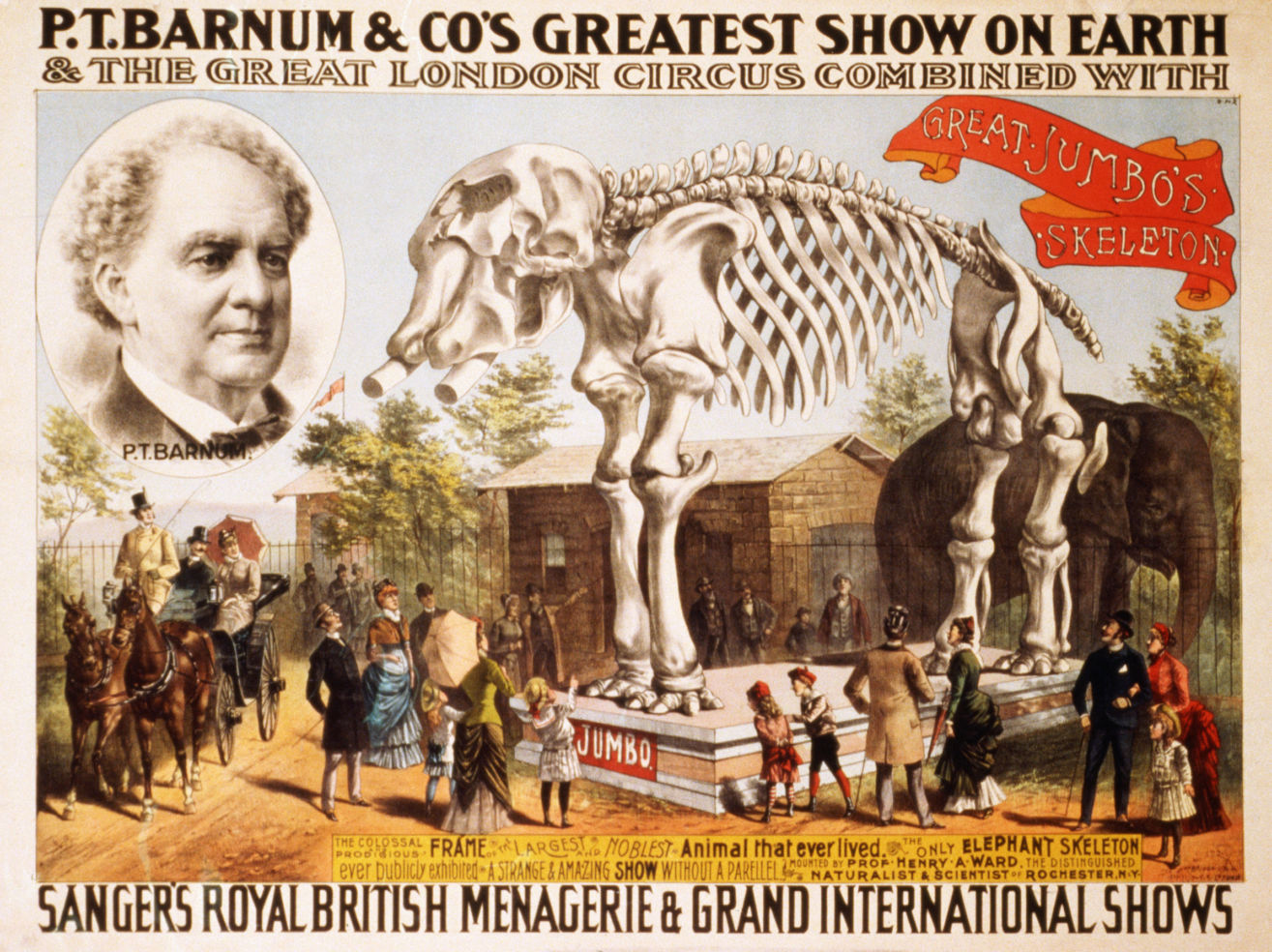 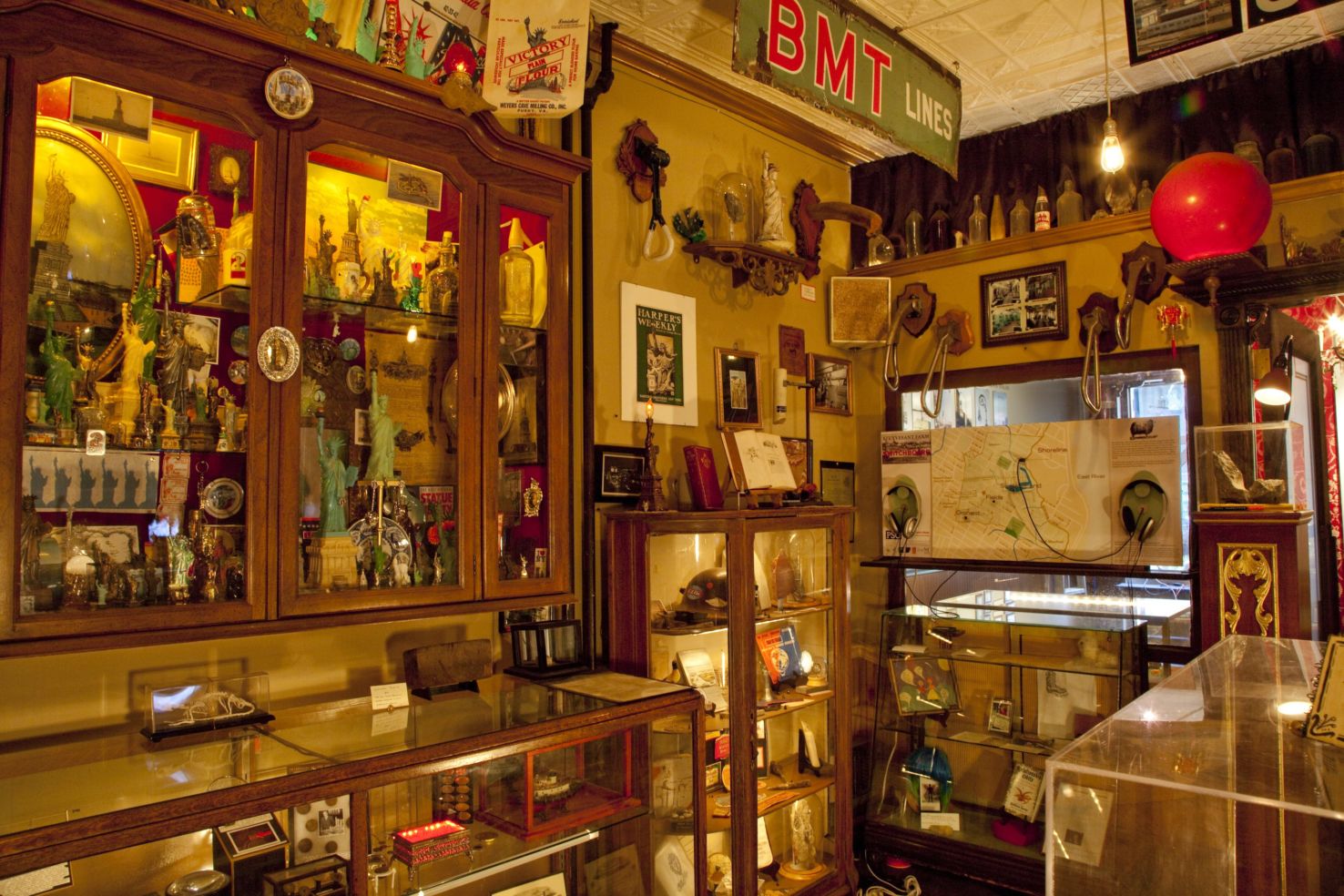 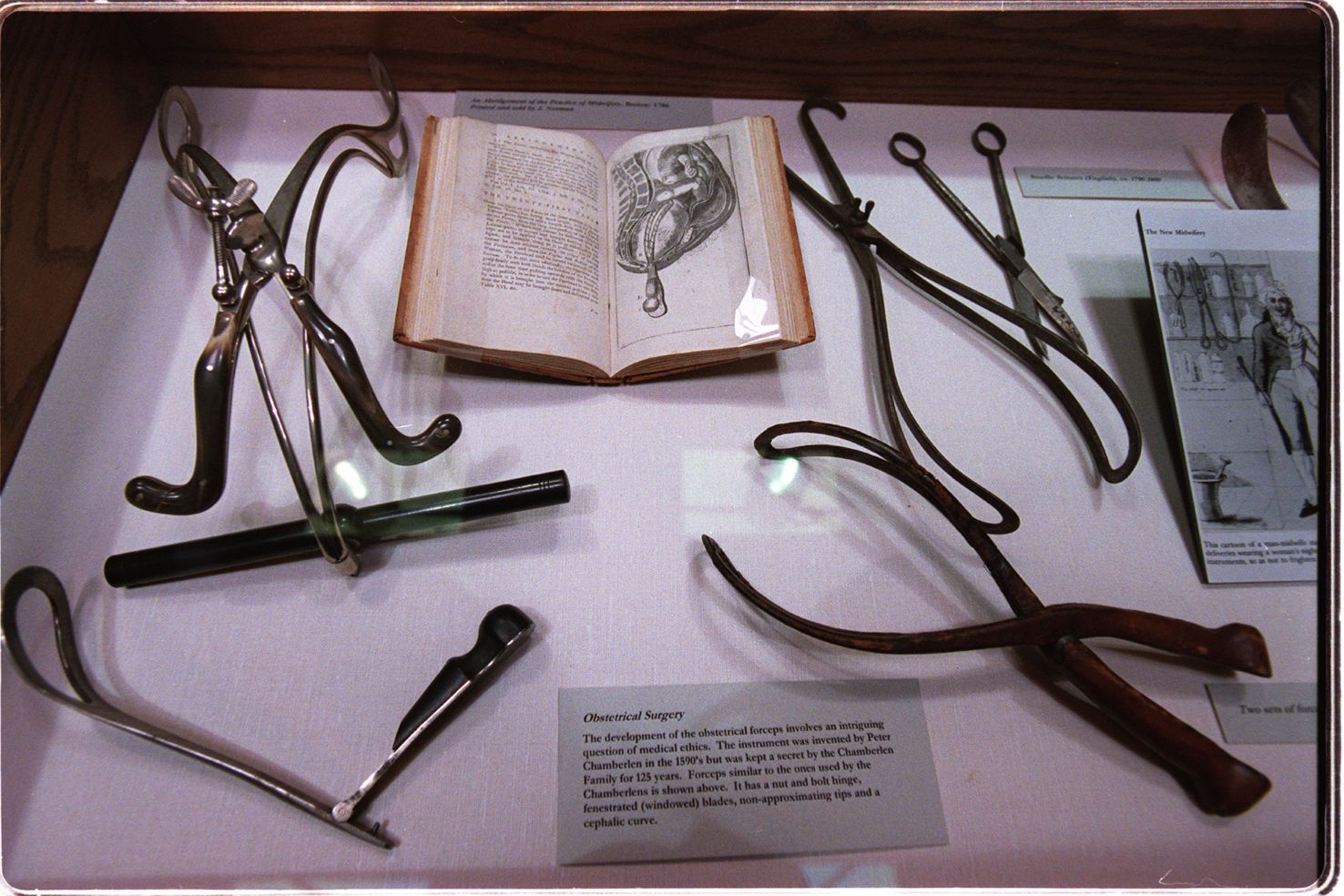 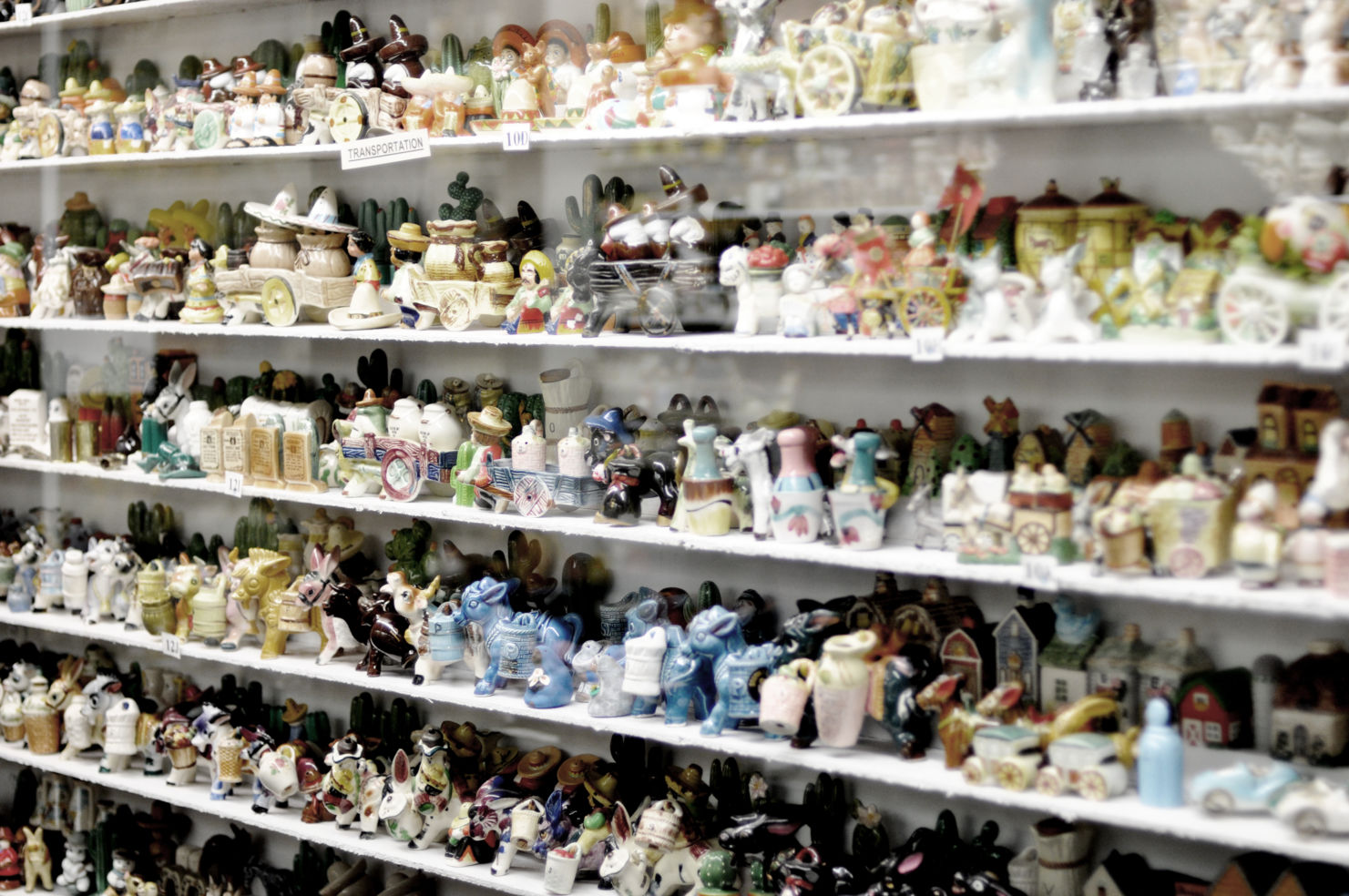 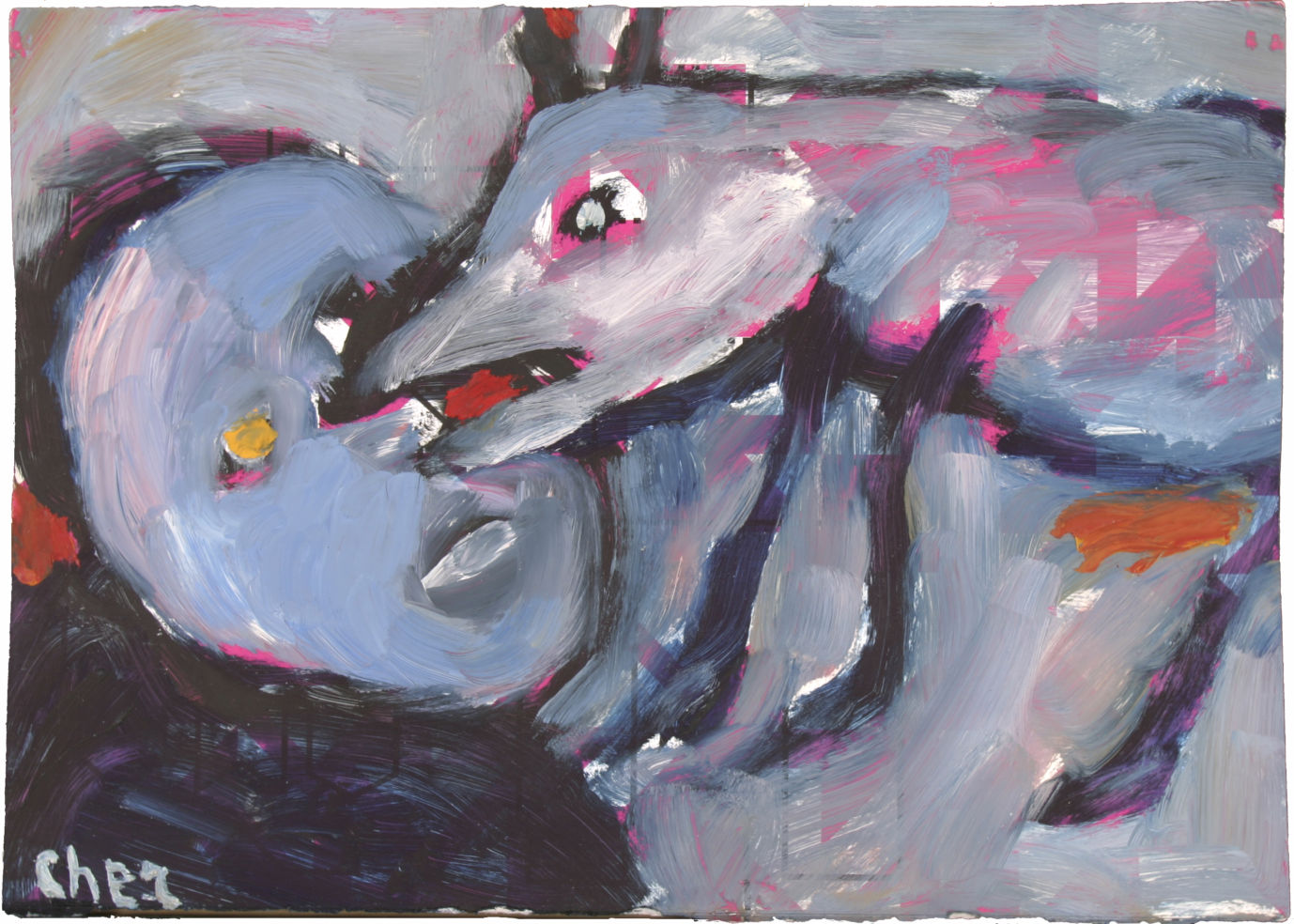 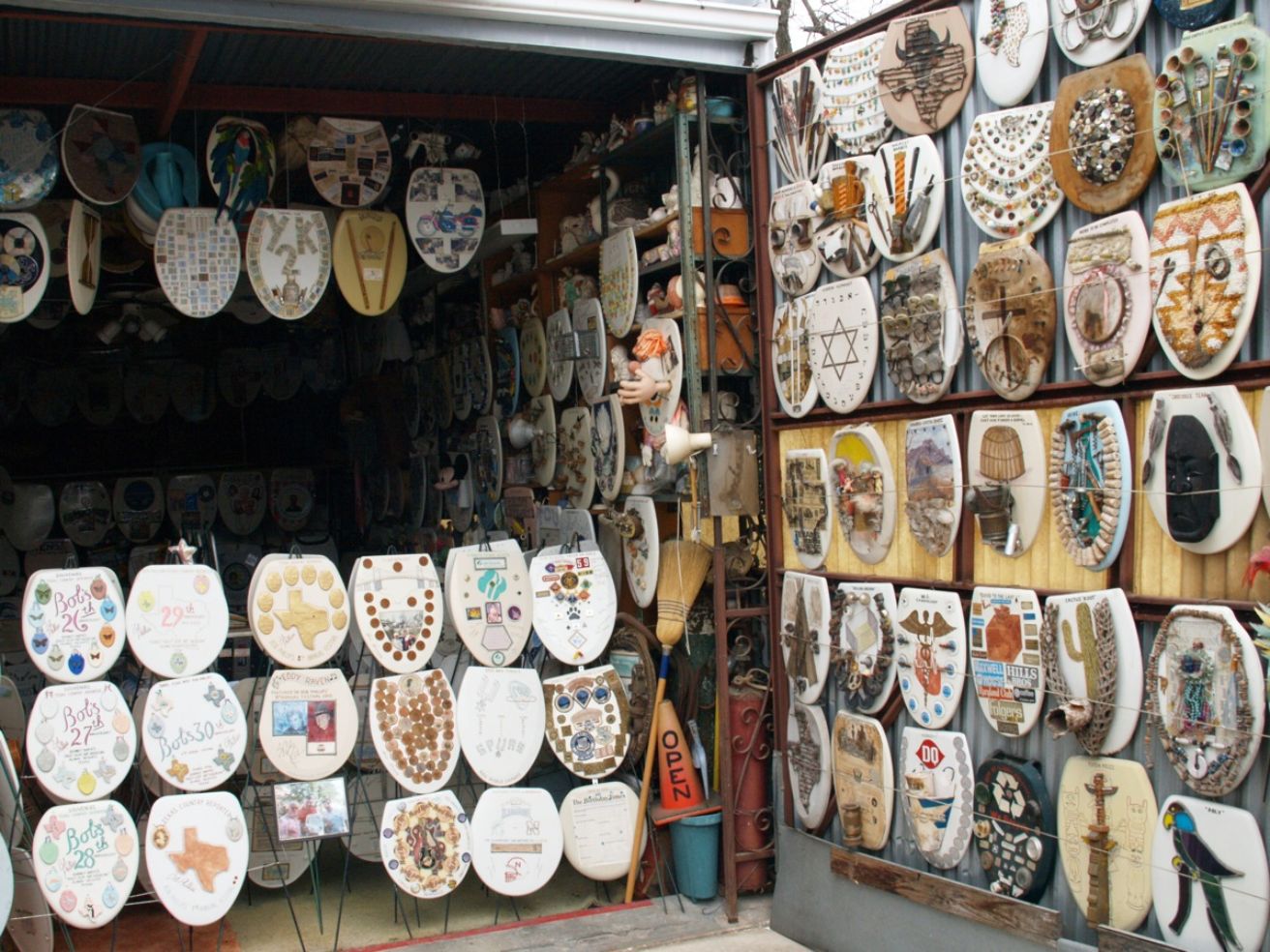 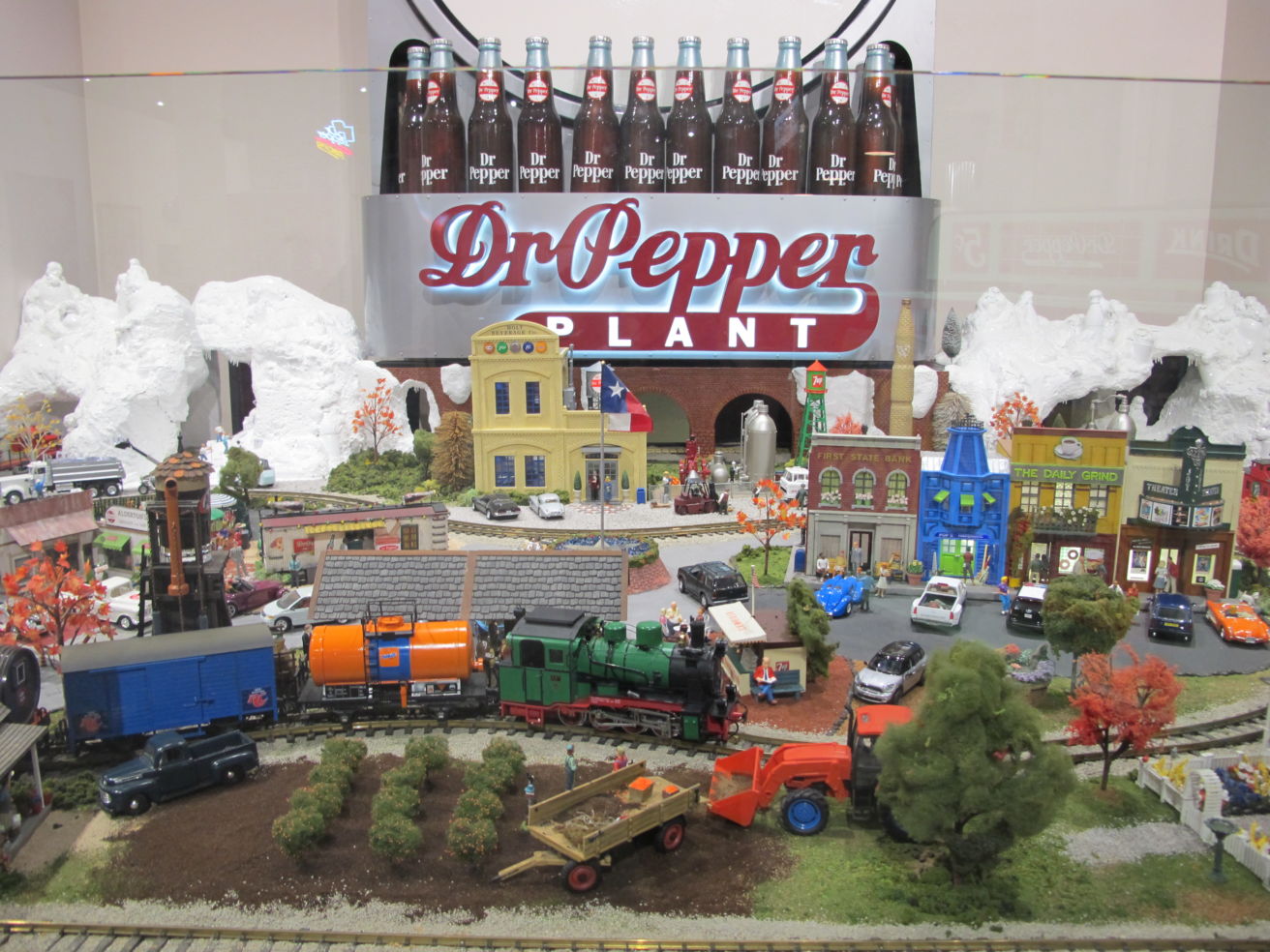 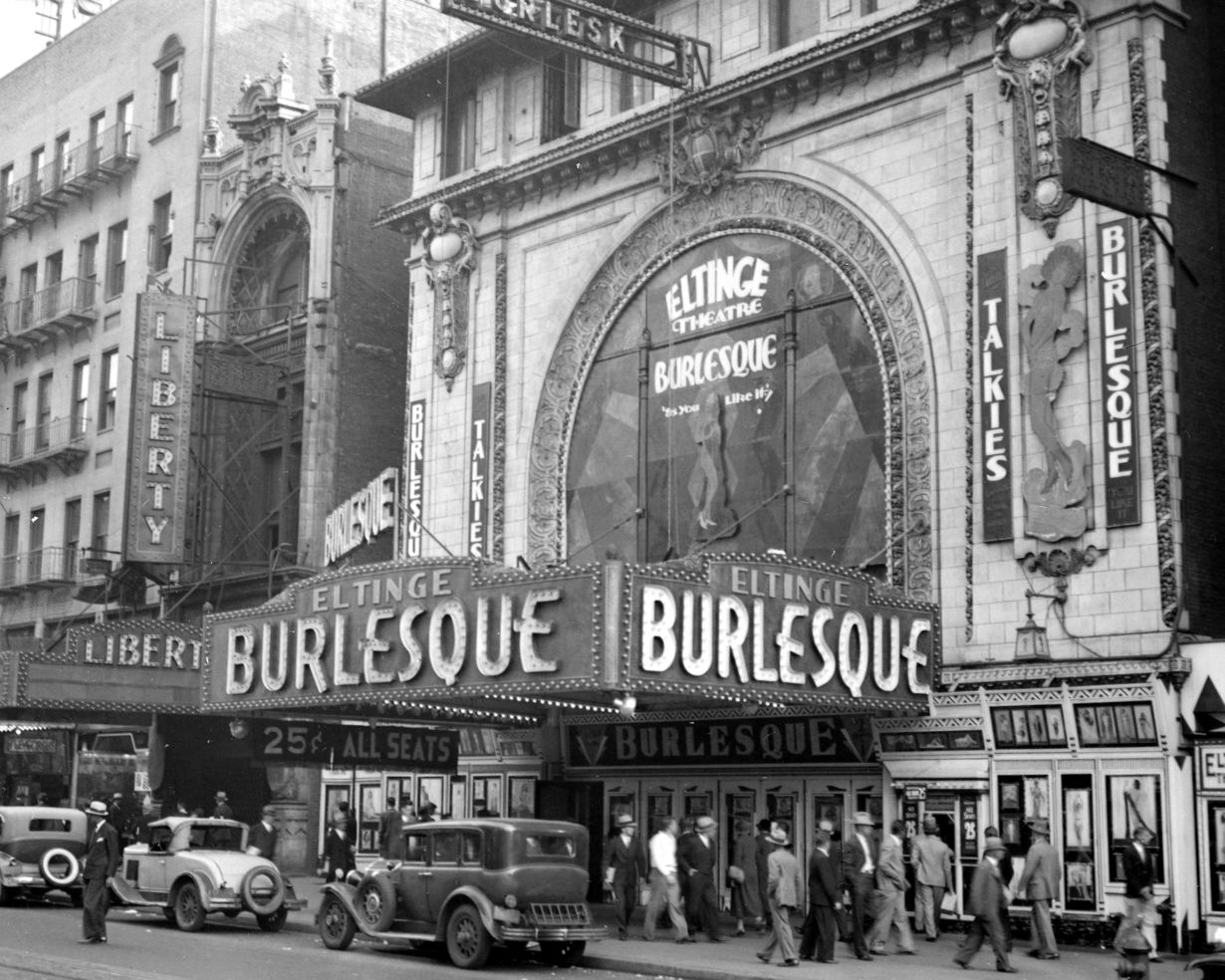 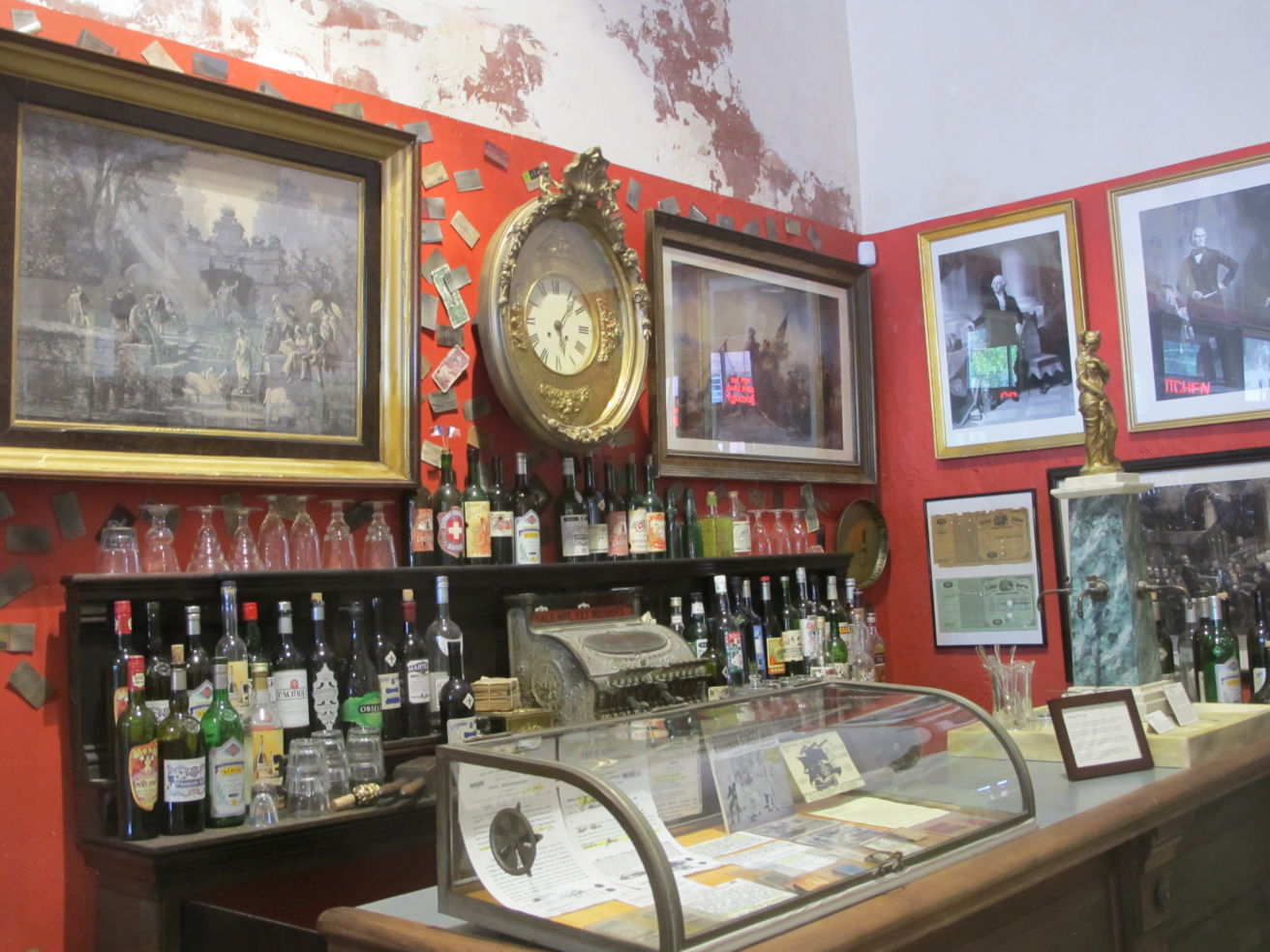 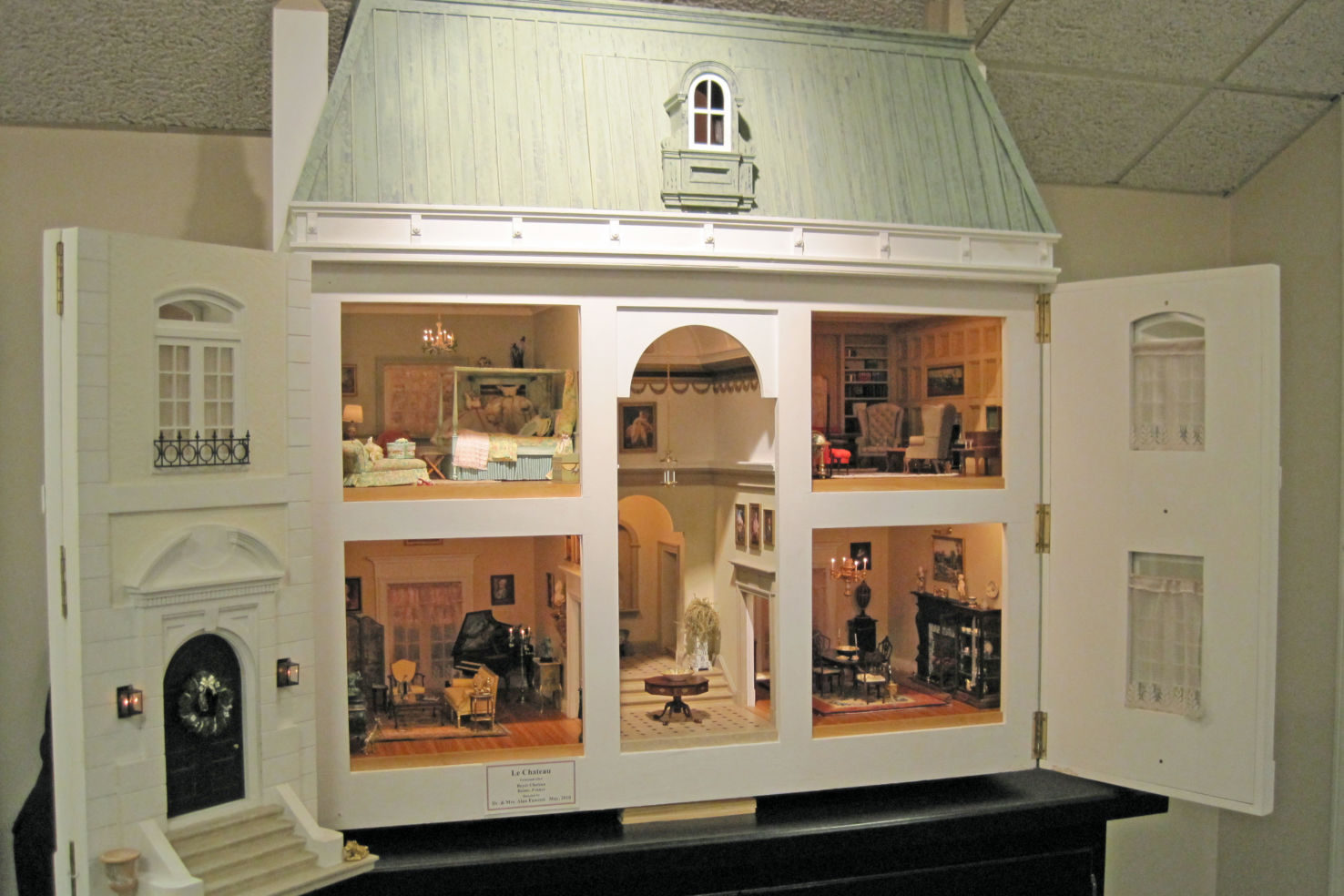 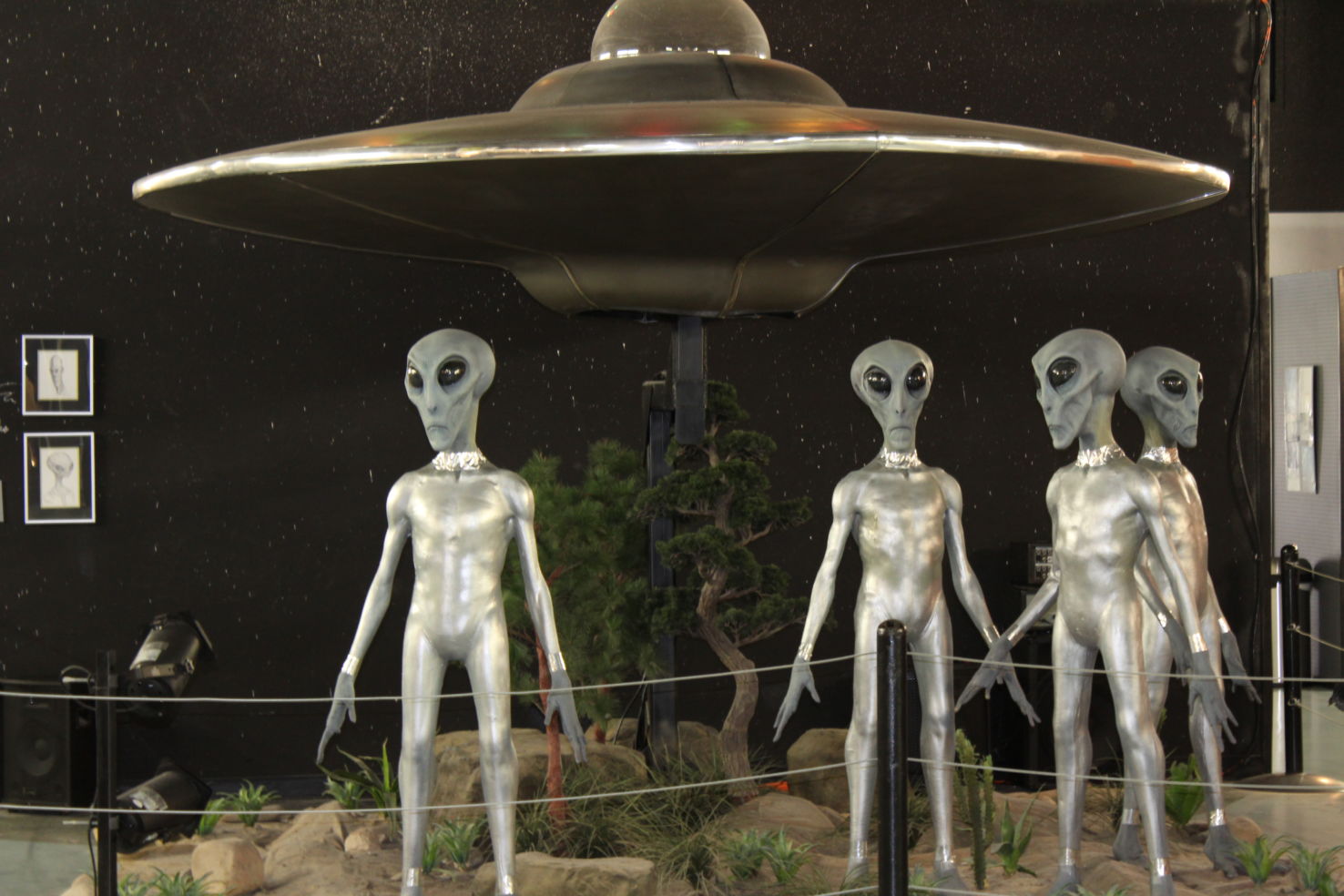 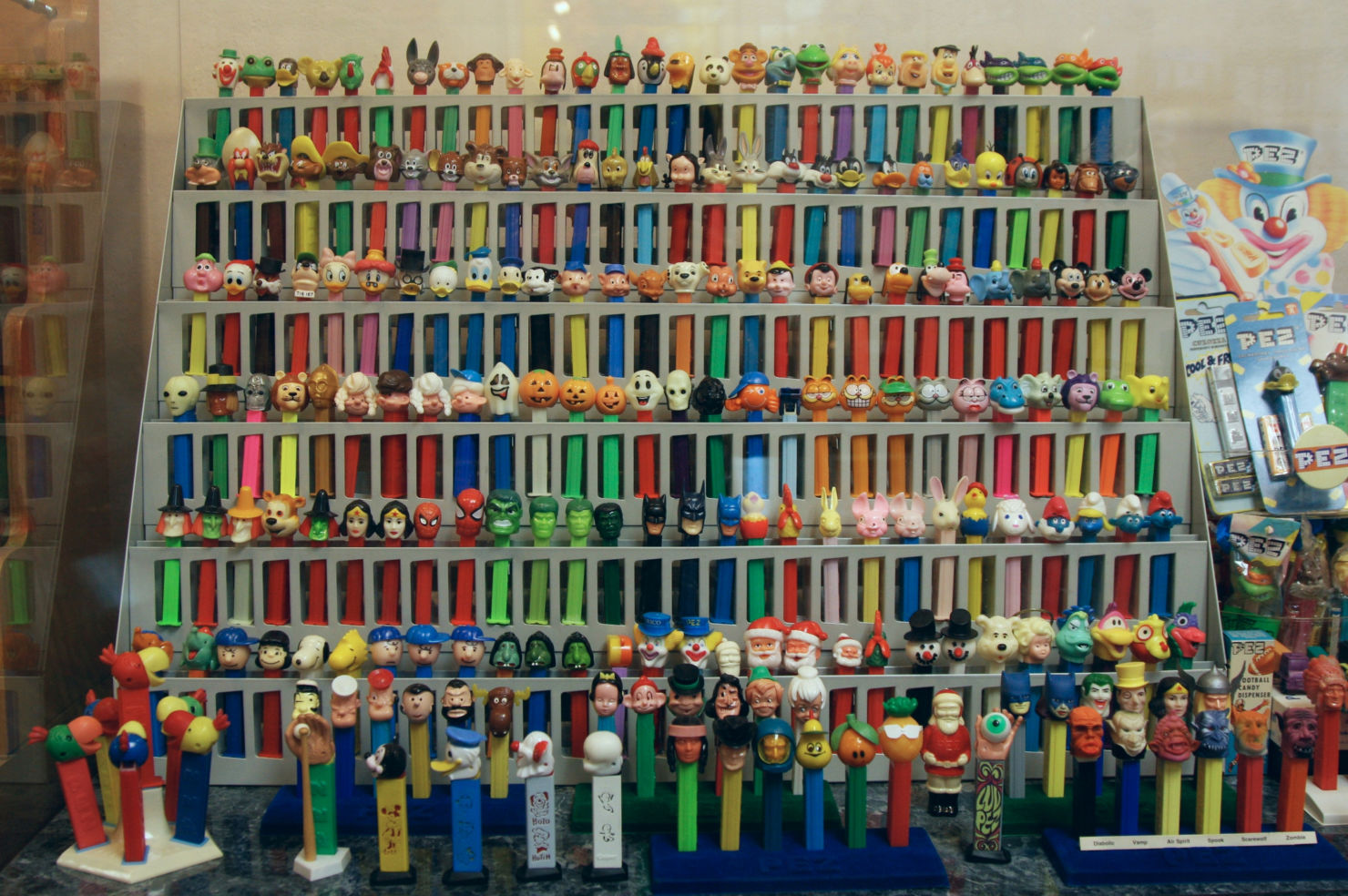 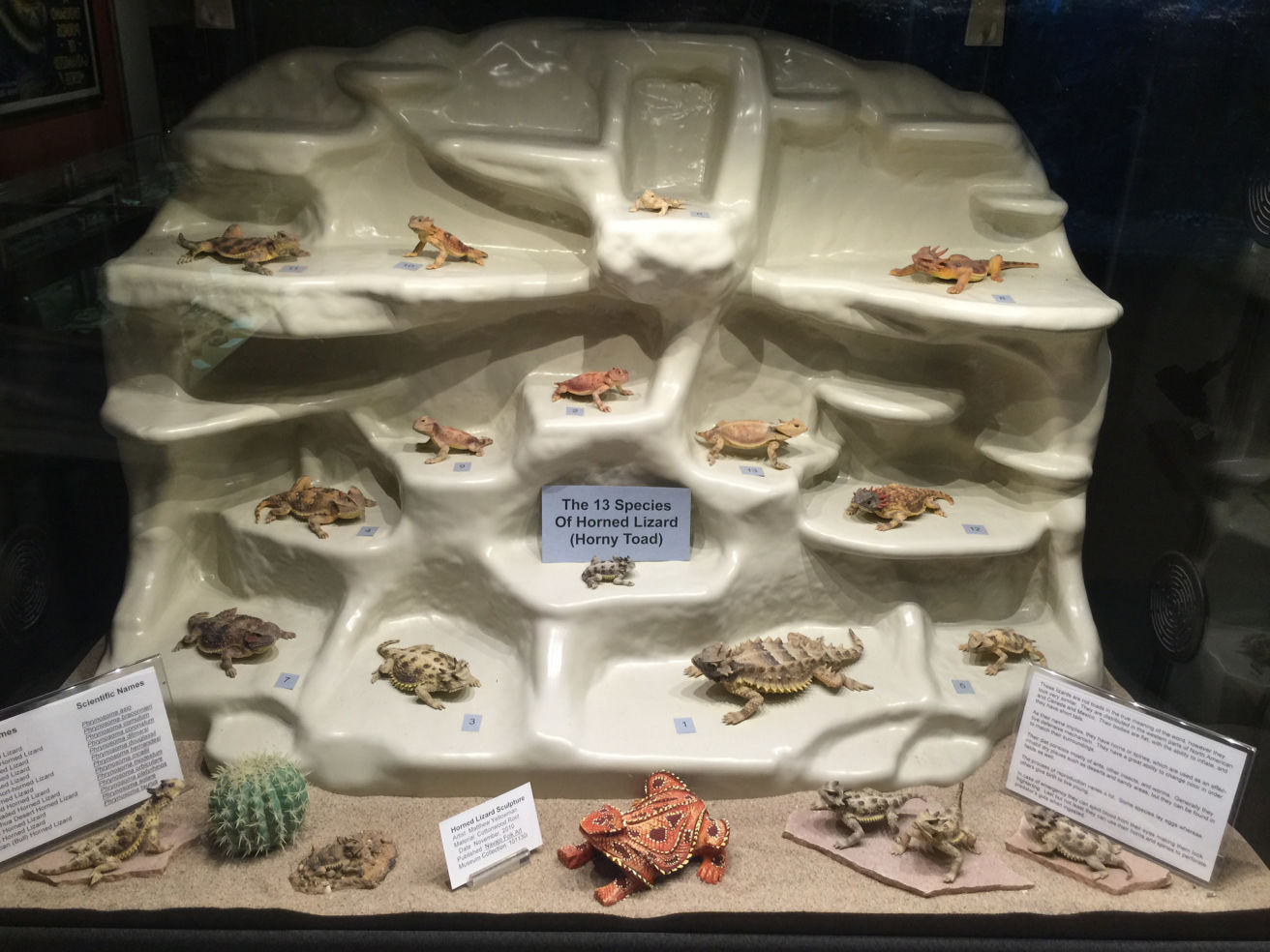 A portrait of P.T. Barnum on a Barnum and Company circus poster which advertises an exhibit featuring 'Great Jumbo's Skeleton.'

BOSTON: The Warren Anatomical Museum dates back to the early 1800s when John Collins Warren, an anatomy and surgery professor at Harvard Medical School and a surgeon who pioneered the use of anesthesia in 1846, donated his personal research collection to the school. Over the years, the institution received more donations from medical professionals and now holds about 15,000 artifacts, including photographs, paintings, medical instruments and machines, as well as anatomical models of wax, paper mache and other materials. And yes, you can bet you’ll see some pretty weird stuff.

GAITLINBURG, TN: One wonders if there’s enough salt and pepper in the world to fill the 20,000 pairs of shakers and 15,000 pepper mills at this time capsule of a museum in Gatlinburg, Tennessee. It’s all the result of the husband-and-wife proprietors who’ve been collecting the stuff for over 25 years. And be forewarned: this is not simply an assortment of kitsch. Considering how universal and ubiquitous salt and pepper are, the museum is actually a record of how styles and technology changed from ancient times through the centuries and up until today. You’ll never season your fries the same way again.

SOMERVILLE, MA: If Weird Al Yankovich was a painter, he would display his work here. The Museum of Bad Art makes no pretensions—its paintings, drawings and objets d’arte are appalling. Like that train wreck you can’t turn away from, these works are intriguing for their lack of any skill, tact, composition, and color sense. (To wit: "Dog Bites Man" by Valdemar Cher of Sweden, pictured.) Many are satirical takes on familiar classic styles. Talk about artistic license!

Courtesy of Museum of Bad Art

SAN ANTONIO: You’ve probably heard of artist Marcel Duchamp’s famous—rather, infamous—urinal. Barney Smith’s Toilet Seat Art Museum is nothing like that. It does not make any kind of high-brow statement nor is it designed to shock. Smith, a retired second generation master plumber (what else?), has amassed dozens of toilet seats over the years and used the lids as canvases for clever mixed media artworks, and mounted them in his garage. Think of it as its own brand of folk art. And rest assured, not one moment in this intriguing cult landmark will go to waste. (Sorry, couldn’t help it.)

WACO, TX: It’s as American as baseball, mom, and apple pie, and this temple to the iconic soda brand in the town of its origination offers an informative and engaging experience that, when taken as a whole, shows how Dr. Pepper actually embodies a lot of what America is all about, from the entrepreneurial know-how of its chemist founder to the cowboy spirit evident in the early branding strategies to the way it tapped pop culture in the 1980s and to, let’s face it, the way it satisfied our national sugar cravings. The Dr. Pepper Museum & Free Enterprise Institution brings this all together in three stories of comprehensive exhibits.

NEW ORLEANS: Few cities are better known for their culinary scene—past and present— than New Orleans. No surprise, then, that it’s there that you’ll find The Southern Food & Beverage Museum, a sprawling outpost devoted to the way people eat throughout the South. Vintage cookbooks, menus, kitchen tools, condiment collections, and all kinds of culinary ephemera are displayed by state to give you a sense of the many factors that contribute to the south’s rich—and delicious!—culinary heritage. SoFAB also houses the Museum of the American Cocktail, a chronicle of the business and pleasure of drinking in America.

Courtesy of Museum of Miniature Houses

ROSWELL, NM: Nothing tests skepticism about alien life like the storied July night in 1947 in Roswell. The information about an alleged UFO crash was kept off the radar for many decades, but finally uncovered in the 1980s. Witnesses stepped forward and intense research got underway. The mystery has lured UFO aficionados to the area for decades, so it was only a matter of time until a museum was established. Founded in part by Lieutenant Walter Haut, the RAAF public information officer at the time of the event, the International UFO Museum & Research Center includes exhibits about the Roswell Incident, crop circles, Area 51, and plenty more cosmic mysteries.

BURLINGAME, CA: There’s only five words you need to know about the Burlingame Museum of PEZ Memorabilia: every Pez dispenser ever sold. Whodda thunk that a simple sugar pellet could embody a whole history of pop culture. From Loony Toons and Muppets to Star Trek to a whole smattering of long-forgotten vintage characters, up through cartoon icons of today, like Angry Birds and Harry Potter, they’re all among the 900-plus dispensers made by the iconic confectionary company since its founding in 1950.

ALBUQUERQUE, NM: No, the American International Rattlesnake Museum is not a house of horrors. It’s actually an animal conservation center that showcases how one of the world’s most feared creatures have occupied our culture and mythology. But still, it’s not for the faint of heart. In addition to different memorabilia, art, religious artifacts, jewelry, and apparel, the museum is home to a bigger assortment of different species of live snakes than the zoos of the Bronx, Philadelphia, Denver, San Francisco, and San Diego combined. Not that we’re surprised. New Mexico and the rest of the southwest is where these creatures are most comfortable, after all.

Any great museum of history or legendary art will thrill you and inspire a profound understanding of what it means to be human. Then there's the Burlingame Museum of PEZ Memorabilia. We went searching for some of the USA's more outlandish museums. Here are some of the curious destinations we found, fascination guaranteed.