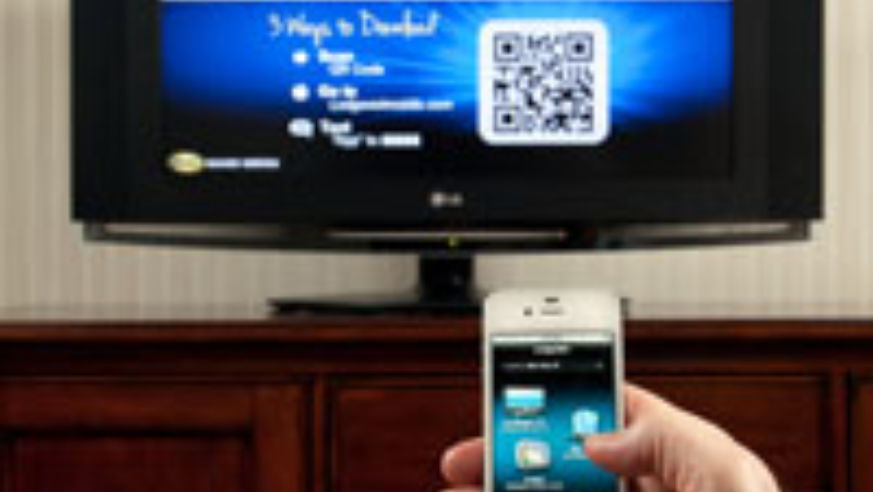 We've already shown how you can use your phone to find a place to stay, whether it's booking at the last minute,finding the nicest room in a hotel, or revealing which property you're about to book on an opaque site like Hotwire.

But what about making your actual hotel stay more comfortable? Now there's an app for that too.

The same company that works with hotels to set up interactive television systems such as the ones you find at The Iroquois in New York has developed a free app aimed at optimizing the hotel experience for anyone with a smartphone.

By downloading the free app from either the Apple Store or the Android Market, you'll be able to use your own smartphone or iPad as a hotel remote control, neighborhood directory, or as a resource for information about the hotel you're staying in.

I met with Todd Kelly, LodgeNet's Vice President of Interactive and Mobile Applications, for an in–room demonstration to see what it would be like to take this new app for a spin. The product was surprisingly easy to navigate, and within a few seconds we had started playing the film Hugo on the hotel TV. You can also use the app to find local churches, supermarkets, Laundromats, restaurants, and other places that might be helpful to someone on the road.

According to Kelly, there is no other vendor out there that offers such a complete set of services. He also envisions the app being helpful in the planning stages of a vacation, since it allows you to see a hotel's movie and TV channel choices before booking a room.

"If you want to check a ball game on ESPN2, and one hotel has it, and the other doesn't, that could swing your decision," Kelly said.

If you're in a hurry, the app can be useful too. Kelly says he's been known out the door and turn off his hotel television on the way down the elevator, since, well, you can take the controls with you.

For anyone worried about privacy and the integrity of the product, Kelly says while each device need only be coded and connected to the television once during your stay to remain active, "only one device can use that code with that TV. We're very careful in that respect."

What do you think about this new app? Does this sound like something that would appeal to you, or would you rather stick with a good old-fashioned hotel remote?