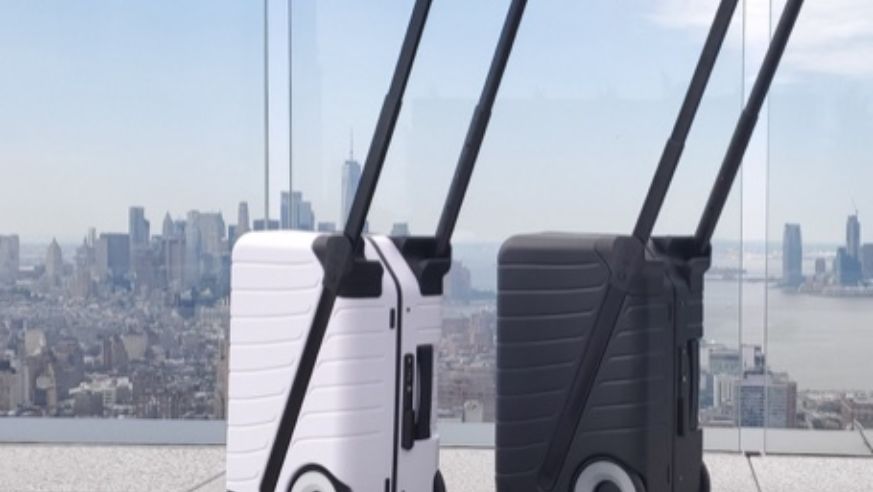 Meet SIX, which may be the ultimate carry-on.

Say goodbye to the suitcase as you know it.

Anyone who’s struggled to maneuver a carry-on down a narrow airplane aisle knows that boarding can be tricky, but one luggage company is aiming to simplify the process. G-RO has produced every item in its collection via crowdfunding, with celebrities like Will Smith, Mark Ronson, and Scooter Braun lending their support, and its latest is no exception. The brand’s third Kickstarter campaign launched this week for the SIX: a stroller-style rollaboard with big wheels and a diagonal handle that lets you push the bag instead of pulling it behind you.

SIX May Be the "End of Luggage"

“We call it the end of luggage, because you’re no longer lugging,” says Netta Dor Shalgi, founder and lead designer at G-RO. “The entire industry of rolling equipment has moved to the push configuration: children’s strollers, golf carts, mail carriers, shopping carts…. Professional travelers are rolling luggage more often than any of these other types of equipment, and it is an anomaly in the industry that luggage hasn’t advanced to this stage already.”

Indeed, it’s an idea so intuitive you wonder why no one thought of it sooner. It took G-RO’s small research and development team 24 months to conceive the SIX, from brainstorming to design to production—and they were keeping it simple. “We made a calculated decision to do one thing that contradicts what most other companies are trying to do: less,” says Netta. Aiming to avoid overweight baggage fees and maximize packing space, they created a carry-on with low ground clearance and a streamlined, spacious interior, not to mention those eye-catching split push handles. “The extraction of the handle is no longer activated by a push button, but by twisting the grip in a way that each side can work independently [without] a main lever that attaches both sides together all the time,” he says.

Given the brand’s unique designs, it’s doubtful it would have trouble attracting traditional backers, but according to Netta, the crowdfunding approach is a feature, not a bug. “Kickstarter is the best platform to produce our product, test the market, and get feedback from early adopters and future enthusiasts,” he says. “Luggage behavior is very difficult to imitate in prototypes, which is why our process is directed toward creating the real product as soon as possible to use and test in real life. Then, we make tweaks and changes to the molds based on our findings from real-life testing.”

The SIX won’t ship until December, but so far, the preliminary word is promising and the audience is eager. Within just a few hours of the campaign’s launch, it hit its funding target of US$125,0000—and then some. “People want to take it for a spin, and when they do, they wonder why push luggage hasn’t been made before. Everyone wants to know how they can get the product sooner,” says Netta. “We are teaching the world patience.”