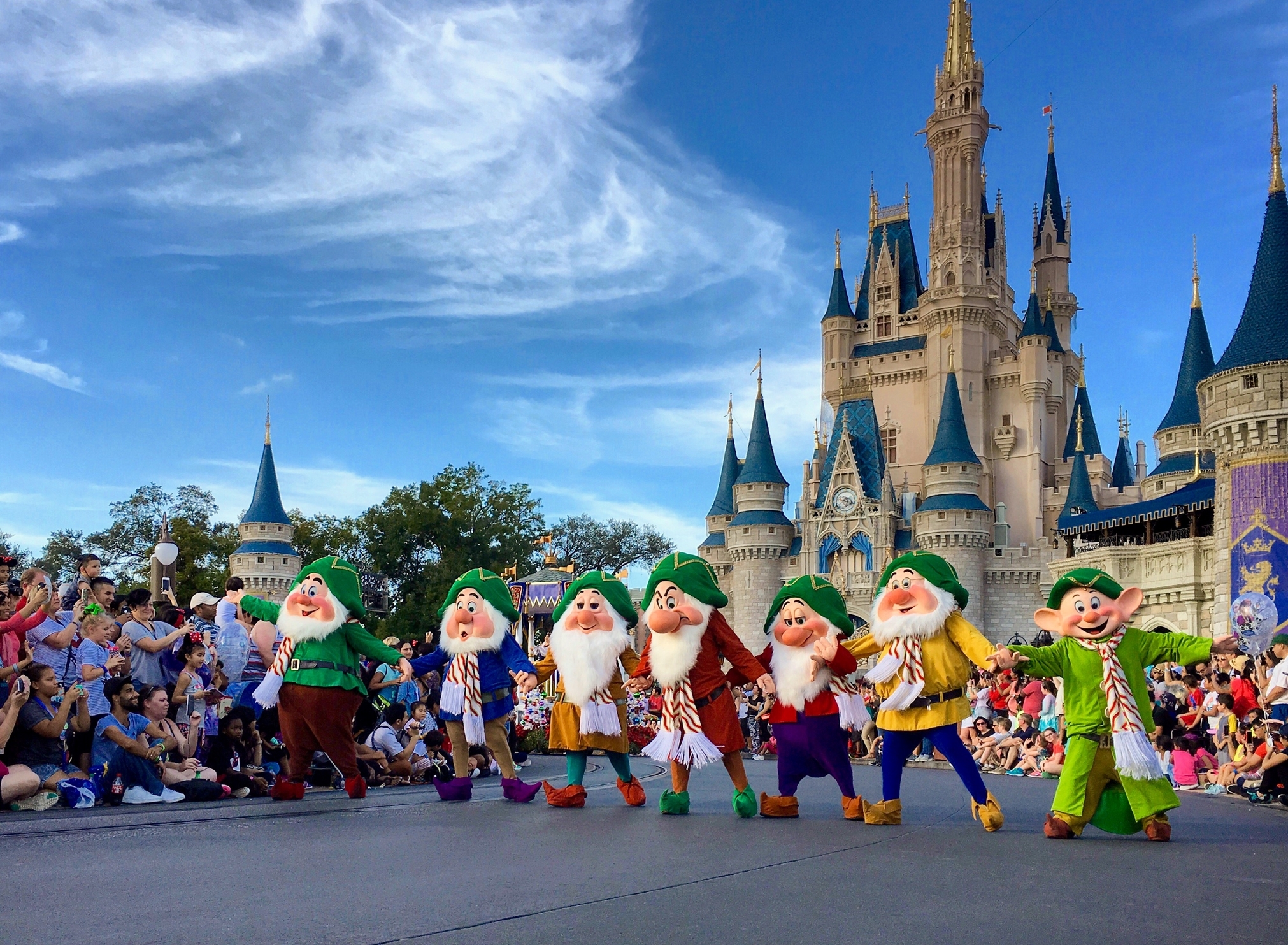 Sunflower6000/Dreamstime
From Disney World's sheer size to its sustainability efforts and some of its best-kept secrets, here are 10 fun facts about the Happiest Place on Earth.

Walt Disney sure had some grand plans when it came to building the Walt Disney Resort in Orlando, Florida. He not only wanted it to be a fun theme park, but also to include an experimental prototype community of tomorrow (EPCOT) that would be a real working futuristic city, utilizing the latest push-button technology a la The Jetsons. The visionary sadly died in 1966, several years before Disney World opened in 1971, and EPCOT eventually just became another theme park incorporated into the larger resort in 1982. But did you know it was once meant to actually be lived in? Below are a few other fun facts that you might never have guessed about the Happiest Place on Earth.

2. They have a lot of employees

It's not easy keeping the magic alive. Disney World employs nearly 70,000 people, making it the largest single-site employer in the country.

3. Loads of sunglasses are lost every day

Every single day, an average of 210 pairs of sunglasses are turned in to the incredible Lost and Found department at Disney World. Good luck sifting through that pile if your aviators go missing over in Toon Town.

Giant turkey legs were first introduced at Disney World the 90s, and became such a popular item that they were quickly introduced to the other parks. More than 2 million turkey drumsticks are consumed at Disneyland and Disney World every year, and you can even buy all sorts of gear (t-shirts, hats, etc.) with pictures of turkey legs on them.

Who would have thought? More than 30 tons of fruits and vegetables are grown each year at EPCOT's Land Pavilion and used in the resort's restaurants and cafes.

6. Liberty Oak gets around

The Liberty Oak, which stands in Liberty Square in the Magic Kingdom, has spawned over 500 young oak trees via its harvested acorns.

There's a hotel suite tucked away in Cinderella's Castle that can sleep up to six and has flat-screen TV disguised as magic mirrors. Unfortunately, you can't just make a reservation – overnight guests are winners that are chosen at random by the park each day.

8. The price of tickets has increased over 400% (adjusted for inflation) since opening

9. The resort is basically its own functioning city

Walt Disney's dreams of the "city of tomorrow" never came to fruition, but the entire resort is sort of it its own self-governing city, complete with its own fire departments and emergency services.

Fifteen miles south of Disney World is the Disney Wilderness Preserve, which is a 12,000-acre wetlands mitigation project that Disney company bought it in the 90s. Disney provides funds for restoration and wildlife monitoring in order to offset the lands impacted by the development of Walt Disney World. Fair enough.

("10 Crazy Things You Never Knew About Walt Disney World" was originally published on January 22, 2013 and was updated to reflect current prices and other data and statistics on September 24, 2019.) 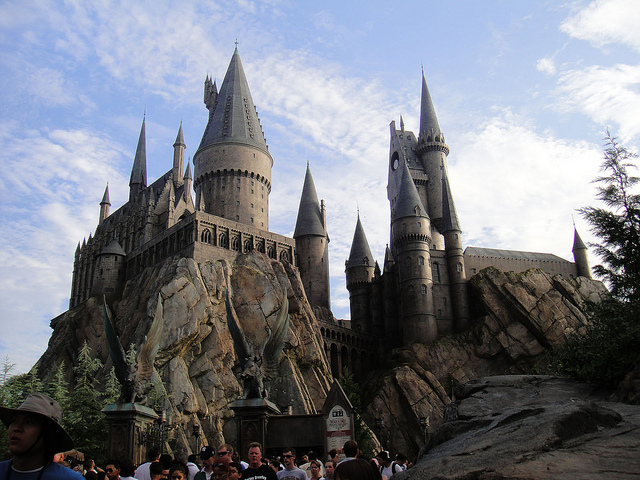 We've got some great news for Harry Potter fans: Diagon Alley and the Hogwarts Express are coming to Orlando in 2014, part of a new park expansion that will extend The Wizarding World of Harry Potter from its current home at Universal Studios Islands of Adventure to include both Universal Studios Orlando theme parks. The Wizarding World of Harry Potter—Diagon Alley will feature buildings and scenes from London, in particular Diagon Alley, the magical street where the main characters get their school shopping done. There will be stores you'll recognize from the books and films—Orlando Informer reports that Weasley's Wizard Wheezes, the Leaky Cauldron, and a larger version of Ollivander's Wand Shop are in the works—and a new family-friendly 3D thrill ride attraction based on Gringotts Bank. Madam Millkin's Robes for All Occasions, Wiseacre's Wizarding Equipment, Florean Fortescue's Ice Cream Parlour, and more sinister additions like Knockturn Alley and Borgin &amp; Burkes store of Dark Magic are also rumored to make an appearance, but have not been confirmed as of yet. Perhaps the most exciting part of the expansion will be the opportunity to take the Hogwarts Express from London to Hogsmeade and Hogwarts, just like Harry and his friends do in the books and movies. The train ride, an attraction in itself, will connect the two parks, but according to this article by Fox News Travel, it's not clear yet how ticket prices will be affected for guests hoping to ride the Hogwarts Express from one park to the other, an interesting detail to keep an eye on as the new section is built next year. 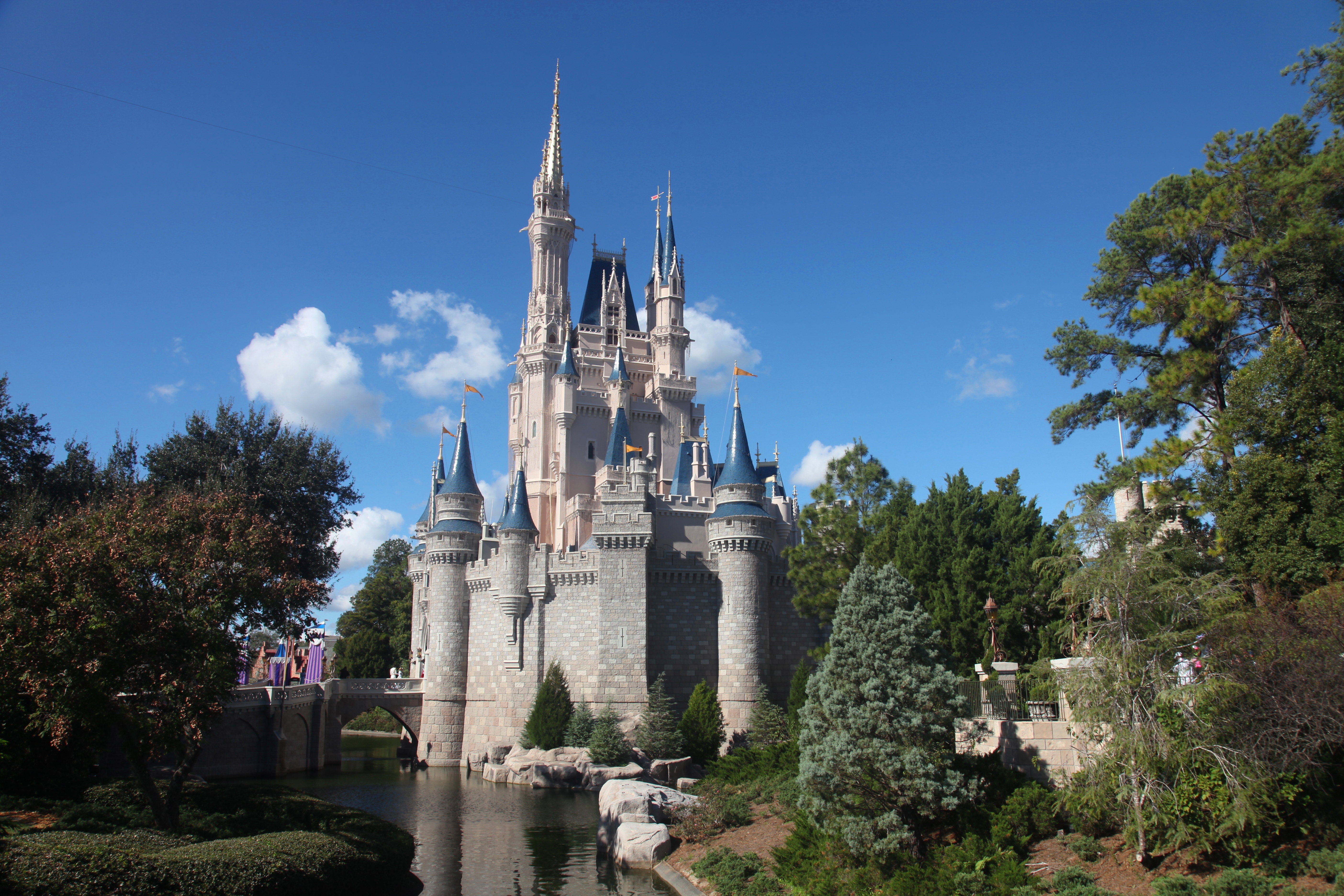 We here at Budget Travel were pretty disgusted by the recent New York Post's story about wealthy Manhattanites hiring disabled "black market tour guides" to pose as family members at Disney World. The benefit? For $130 per hour—or more than $1,000 per day—up to six of the disabled guide's "family members" can cut in line at popular rides such as It's a Small World and Pirates of the Caribbean, while the less fortunate wait, sometimes more than two hours, for their turn. The practice is, of course, not endorsed by Disney, and takes advantage of the park's sensitive policy toward disabled guests. While we share the revulsion just about everyone else feels about this illicit scheme, we're also a little puzzled. For one thing, major theme parks handle long lines really well, and increasingly keep them moving along briskly or keep folks entertained while they wait. Some of my friends have even told me that the whole line-wait experience is, for them, part of the fun. Not sold on that idea? Well, theme parks like Disney, Universal, Six Flags, and Busch Gardens offer express pass programs that can get you to the head of the line for free, or for a (relatively) modest fee. Here, details about the pass programs at some of the most popular parks. Think of this as your theme park cheat sheet (or, make that your NOT-cheat-sheet): Walt Disney World Magic Kingdom. FastPass is free, but distributed only on a first come, first served basis at machines around the park. You get to skip the line within specified times printed on the pass. Six Flags Great Adventure. Flash Pass starts at $43. A beeper alerts you when it's your turn to board select rides. Universal Studios Florida. Express Plus Pass starts at $20 but is free if you stay at an on-site hotel. It lets you skip lines at select rides. Busch Gardens Tampa Bay. Quick Queue starts at $20 and lets you skip lines at select rides. TALK TO US! Do you have favorite strategies for beating the lines at theme parks? We'd love to hear them, and might share them in an upcoming Budget Travel story! 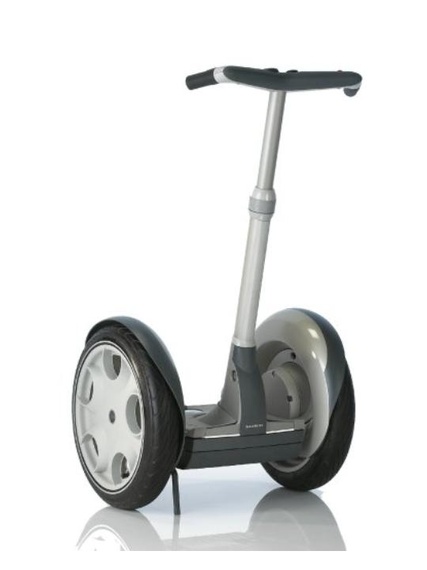 Lawsuit over Segway use at Disney

The case: Three disabled people who like to use Segways are suing Walt Disney World in federal court. Disney has denied the travelers permission to bring their upright, two-wheeled, motorized scooters into Disney theme parks. The background: Disney allows hand-powered and motorized wheelchairs in its parks. But the company bans the use of Segways during regular park hours because it says that the machines are faster than wheelchairs and are more likely to cause accidents. As for the plaintiffs, each of them cannot walk far because of different reasons: multiple sclerosis, Lou Gehrig's disease, and an amputated foot. The larger issue: Between 4,000 and 7,000 people with disabilities move about on Segways. And several of these people with disabilities believe that Segways are more dignified to use than wheelchairs. [via the Orlando Sentinel] EARLIER Too disabled to fly?

Spy-themed amusement park in the works

Spyland is set to open in near Saragosa, Spain, (about 170 miles northeast of Madrid) within two years. The roughly $400 million amusement park will have rides based on the worldwide history of spies and secret service, including a mock-up of the Pentagon. Visitors will play the role of a spy, collecting clues, watching stunt shows, and sliding through a water park. Spyland will be part of Gran Scala, a new Las Vegas style resort complex being built in the Arag&oacute;n desert. Official website. ELSEWHERE The International Spy Museum is already open in Washington, D.C. EARLIER 70 readers share their 2008 trip plans.