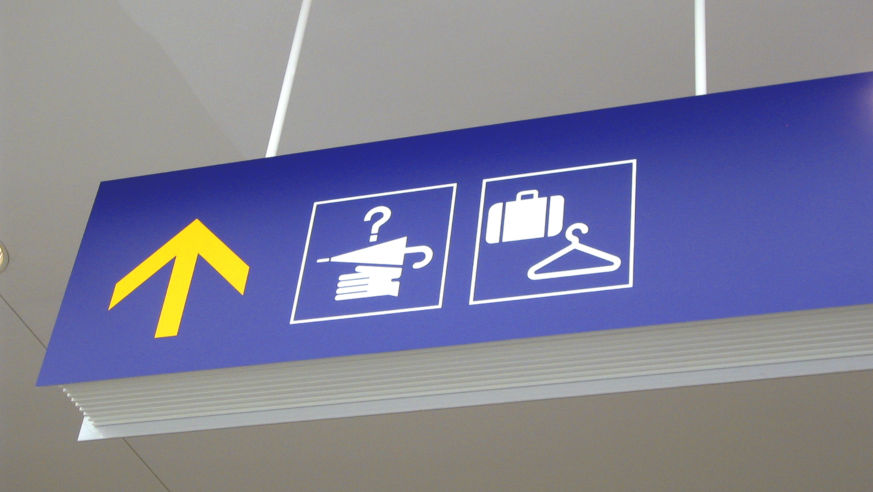 Did you leave your camera, iPad, or teddy bear on the plane? Here’s how to get it back without a fuss. Plus, we’ve got the inside scoop about the silliest things discovered in the lost and found department at Southwest Airlines—and some of them might surprise you!

Imagine you have just returned home after a long flight and realize you've accidentally left your brand new iPad tucked in the airplane's seat back pocket—what happens next? We talked to Robert Lehr, the Manager of Central Baggage Services at Southwest Airlines, to find out how the lost and found department works to help reunite passengers with their favorite forgotten items, whether it's a bag of precious Disney souvenirs or a camera full of photos from a dream trip to Hawaii.

THE SHEER VOLUME CAN BE OVERWHELMING

Just in terms of overall volume, the most items we see are glasses, wallets, and that type of thing. We really classify the items we get as two separate classifications—low value and high value. So, low value items, like glasses, wallets, blankets, stuffed animals, shopping bags—we get a lot of shopping bags in there where people have bags full of stuff like Starbucks cups or that type of thing or maybe bags with items found while they were in Disney. A lot of Disney items. In terms of high value, probably the number one thing we see are cell phones. We get tons of cell phones, lots of iPads, iPods, laptops, not to the volume of the low value items, but even as being high value items, the volumes we get are really astounding. One of the things I think when you first go into our lost and found warehouse is you're kind of blown away just by the volume, the hundreds and hundreds of coats, for instance, this time of the year, just the amount of stuff that is coming through. Then for me personally, I find it a little sad because I know that every one of those people, every one of them, had that pit in their stomach when they realized, oh my gosh, where's my phone, or my wallet, or my camera? And that is something that helps fuel our need and our drive to get the items back to our customer. Quite honestly, we're very proud of it. It's something we knew we wanted to do a better job of, and being Southwest, we want to take care of our customers. We really feel that this is one of those situations where it is the right thing to do to try and get these items back to our customers in any way we can.

You just cannot imagine the things that we get. Really, anything that you can carry on a plane that you can get through security, we're going to have in our warehouse. We've had everything in there. I saw a panda suit costume recently. We get a lot of things depending on the time of the year, like if there are certain holidays, for instance. I'll give you an example with Mardi Gras; there just seems to be tons and tons of beads, masks, all kinds of things, Hurricane glasses—a lot of stuff from New Orleans during that time of the year. Also, during the Democratic National Convention, we were inundated with Obama bobble-head dolls! Lots and lots of items there, and in fact from that Democratic National Convention, there was a sign that I believe was used as kind of a backdrop for the speakers, and somehow that turned up at our lost and found warehouse and we had a really hard time getting that returned because it seemed like no one was interested in having it back. We get a lot of items from Disney—a lot of kids leaving their souvenirs from Disneyland. We've got hats like you wouldn't believe—and sombreros! You know, I fly a lot, and I never see anyone getting on with sombreros, but we get a lot of sombreros. Folks will leave them in the overhead bins and get off the plane, and not even think about it. It's very interesting, but really anything you can think of, we're going to end up with.

REUNITED AND IT FEELS SO GOOD

We had a little plastic bunny rabbit piggy bank that was half-full of coins recently and we were able to find the little girl that it belonged to—it just so happens it was a unique item, and so it was something we were able to easily find. Her parents sent us a very nice letter saying she couldn't believe that she got it back and she was reunited with her piggy bank and that was special. But really, the most heartwarming stories are probably when we return things that people are most upset about losing, especially when they lose their cameras and those pictures are the only documentation of an event. We've had issues where people have gotten their cameras returned and it was of their honeymoon. We've returned cameras with photos of the birth of a child and the husband had left the camera on the plane and was in the dog house, so to speak, and we got this really heartwarming letter back saying thank you so much for saving me and preserving the memories for my family. We get a lot of that. Several months back we had a camera that we returned that had pictures of a fallen soldier in Iraq and the family was just beyond themselves because they thought it was gone. We had an older lady who had been given a little soft case of jewelry from her mother that had been passed down—it was in essence an heirloom—and we were able to find that and return it to her. It turned out that it was about $18,000 worth of jewelry that her mother had given to her, and obviously it was more than that to her because it was irreplaceable. We had another lady that we were able to reunite with her violin, and it turns out the violin was worth over $8,000. She was ecstatic to get it back, and so to be able to do those types of things, to return those special, special things is just a blessing for us.

READ: "11 Worst Travel Nightmares (And How to Make Them Go Away)"

THE BEST PART OF THE JOB

That's one of the great things about working here. We have the opportunity to really see folks who thought that there was no chance they were going to see their item again, to change that, and to see them so happy is just really a blessing for us. The feedback we get from our customers—we get lots and lots of letters. A lot of thank you's and sharing some of the things they went through and how they couldn't believe that they got these back. We've had a lot of really good praise from our customers thanking us for the service.

WHAT TO DO IF YOU LEAVE SOMETHING ON THE PLANE

Within the first 24 hours, they should contact the baggage service office in their arriving city. If the item hasn't been located or it's been more than 24 hours, they should go on Southwest.com or AirTran.com and fill out a Lost Item Report. That report is really critical. It gets really good information, detailed information including serial numbers, and it really enables us to match them up with their lost items to return them. It really depends a lot on when they contact us, but typically, if they contact us in short order and get back to us when they're contacted that we have found their item, usually we can get it back to them in just a couple of days. It works really well. We give them multiple ways that we can return the item to them, but typically we use FedEx, and we can get it back to them next-day if it's really pressing.

When a customer fills out that report, we immediately send them back an email confirmation, and we give them continued emails just to let them know the status of the search for their item, but once we actually find the item, we contact the customer and ask them how they'd like to have it returned. So usually, primarily we use FedEx, but we will use other shipping methods if the customer prefers it. All items are processed by a third party and with the proceeds going to charity, Southwest earns no revenue from lost and found items at all. Additionally, it's a no charge service that we're doing for our customers. Really no other airline in our industry goes to the lengths we do to reunite our customers with their items. It has really been just a huge, huge win for us. We actually started some of these new processes almost exactly a year ago with the ability for customers to go online and our return rate and the ability to really reunite our customers with their items has been just tremendous. In just the last year, we've seen probably a 400 to 500 percent better rate of returns than we were able to do before—even high value items were somewhere around a 300 percent increase in what we've been able to return to our customers.

ALWAYS REMEMBER TO CHECK YOUR SEAT BACK POCKET

There are so many folks that leave things behind and they're just not thinking about it. We had a lady recently that had lost an item—I believe it was an iPad. We were able to find it for her and return it to her, and she was really happy about that of course. She flew a couple of days later and was sitting in her seat and the flight attendants actually got on the overhead and asked everyone to check their seat back pockets to make sure that nothing had been left behind, and her response was, are they talking to me because I was the one who lost something the last time? But anyway, she ended up checking her seat back pocket and had left her Notebook in there, and she was like, oh my gosh, how could I have done this again? So, you wonder how people do it the first time, but it's easy to do it multiple times. Folks just aren't thinking about that. It's crazy.