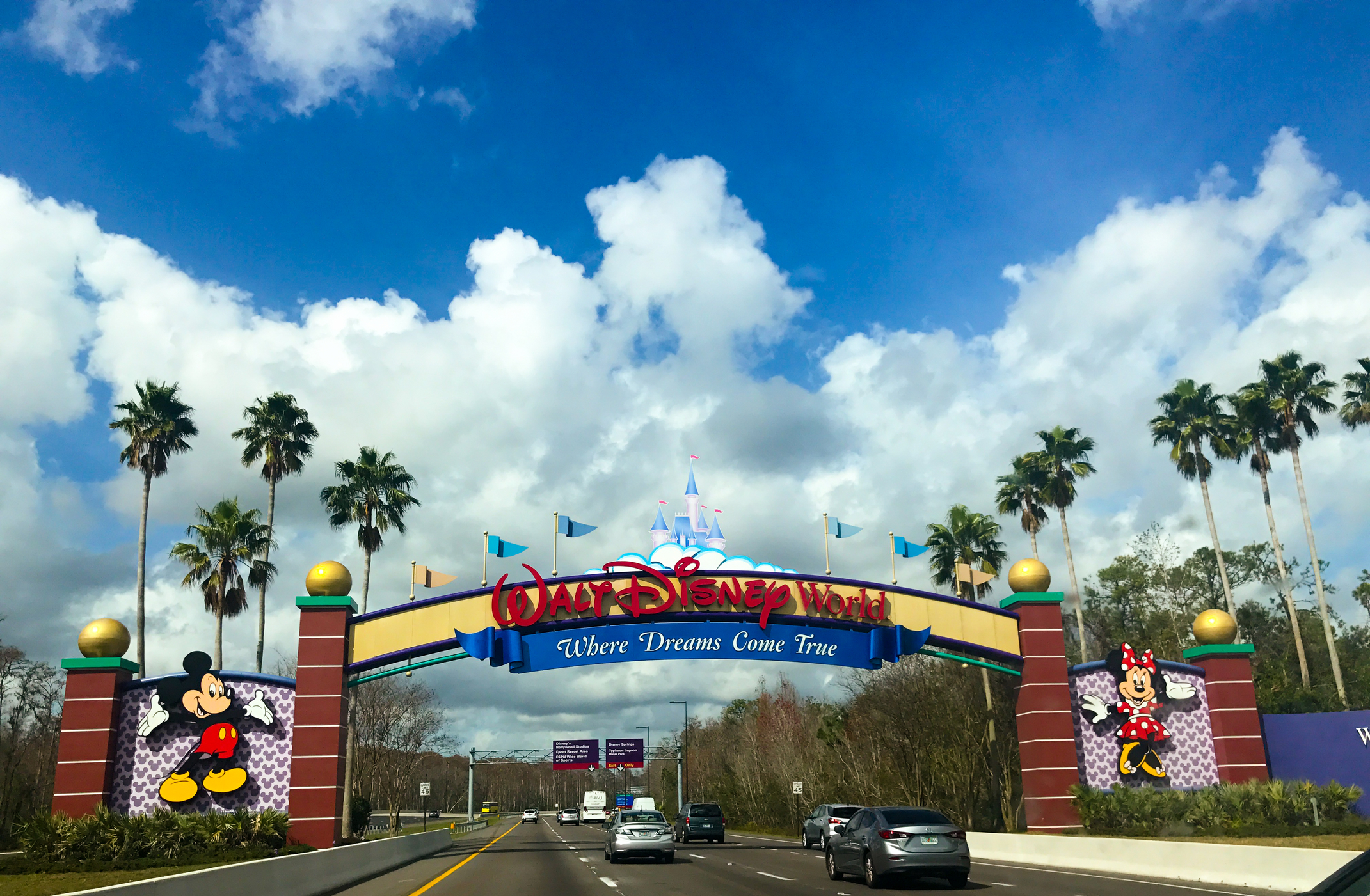 Jerry Coli/Dreamstime
Orlando for $88 round trip. Paris for $330 round trip. Sound good? Read on, and get ready to pack your bags.

Our friends at Skyscanner have the cure for the winter blues: Now is the ideal window to book airfare deals for March and beyond. Whether your dream spring getaway is an immersion in all things Disney in Orlando, a visit to one of the best budget destinations in Europe, or checking out the latest crop of Broadway shows in NYC, the time to shop for airfares has arrived.

Skyscanner, the global travel search company offering free search of flights, hotels and car rental, has crunched the numbers and reported that spring travelers will find the best savings by booking eight weeks in advance for domestic flights (that’s right now for March travel) and 12 weeks in advance for international flights (that’s right now for April and beyond). Those windows match Budget Travel’s general tips for finding affordable flight deals, and the worst savings, not surprisingly, will be found by booking one to two weeks in advance.

Some Sample Airfares for March 2019

Where will you go next? Skyscanner is reporting some great deals right now, including the following samples (remember, airfares are always subject to fluctuation):

We recommend you start your spring airfare shopping now, and arm yourself with our best tips for booking, packing, breezing through security, and enjoying your flight. 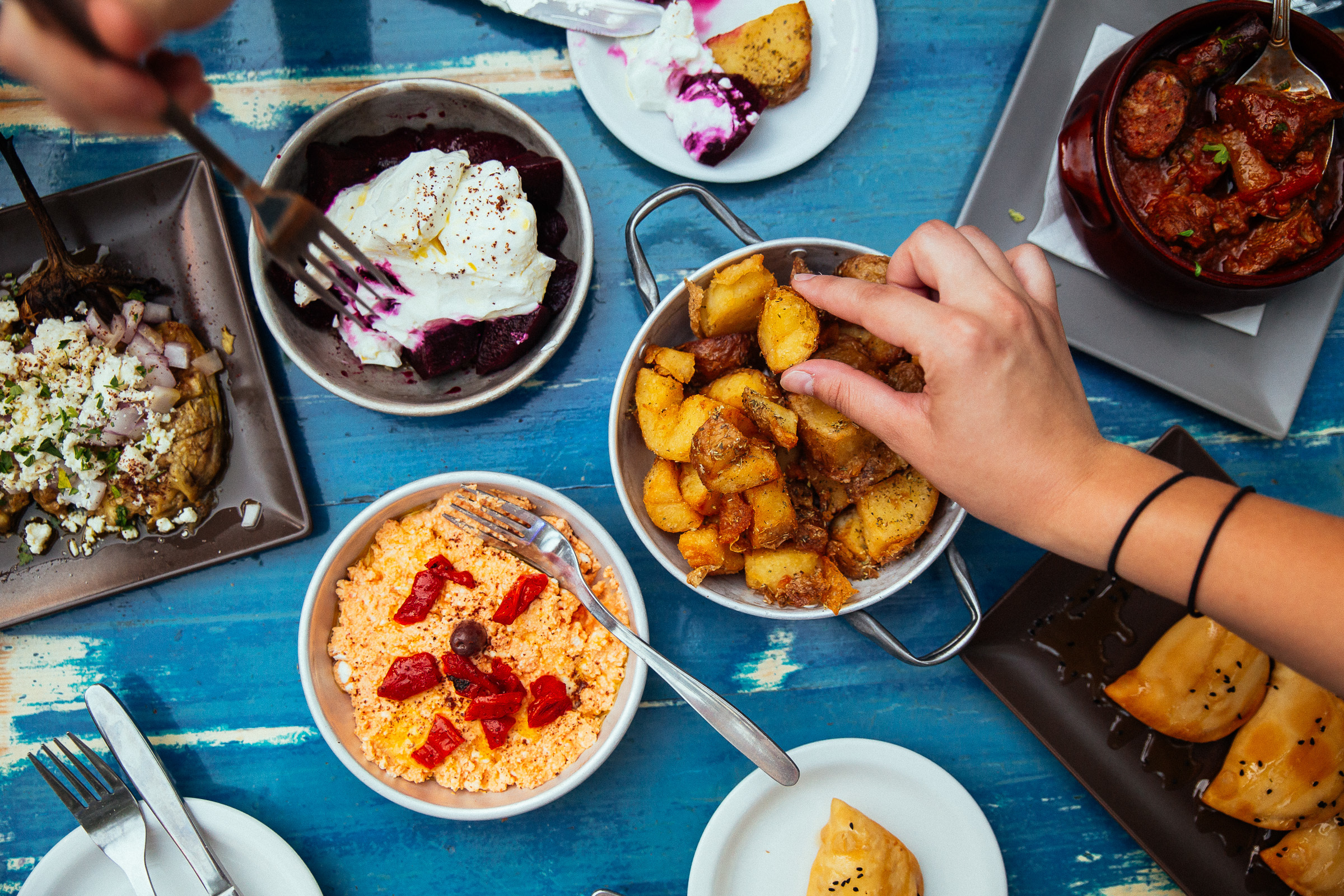 Finding great food on the road is a strategic endeavor—part art, part gamble. Sure, there’s always the chance you’ll stumble onto the odd gem, but you’re more likely to have memorable meals if you do some research and planning in advance, like reading local reviews, cross-checking against Yelp and Google, and combing through relevant social-media posts to find those can’t-miss destinations and experiences. Once you’ve got the entry-level stuff down, these five apps (plus one bonus resource) will take your game up a notch. 1. LocalEats Looking to elevate your dining experience from generic to hyper-local? An offshoot of a long-running series of guides called Where the Locals Eat, the LocalEats app curates the best restaurants in your vicinity—no chains allowed. For a plethora of options, search by cuisine, price range, and neighborhood, or enable GPS location services to discover recommended establishments nearby, like a vegetarian-friendly dumpling house in Little Rock or Ann Arbor's best Ethiopian joint. You can also narrow the field by opting to show the staff’s top picks only.Free, available on iPhone and Android; localeats.com. (Courtesy Withlocals) 2. Withlocals A “weird food” tour in Hong Kong, or an edible-garden tour in Kuala Lumpur? Wine-tasting with an Italian winemaker in Rome, or a vegetarian tapas crawl in Madrid? Withlocals links travelers with people on the ground in 22 countries and 50 cities to offer unique activities, food-focused and otherwise, including cooking classes, home dinners, and all kinds of tours.Free, available on iPhone and Android; withlocals.com. 3. Eatwith Another platform connecting locals and itinerants for food tours, classes, and private meals, Eatwith provides travelers with a taste of city life. Book a Sunday dinner in Reykjavík with a mechanical engineer and his distillery-manager wife, or settle in for four courses of Hungarian home cooking in Budapest; stateside, make deep-dish pizza with a Chicago-area native, take a seat at the table for a Venezuelan winter feast in Brooklyn, or explore Miami’s hidden side with a secret food tour.Free, available on iPhone and Android; eatwith.com. 4. ChefsFeed Who has a better handle on the food world than a culinary professional? ChefsFeed gets a network of kitchen stars (think: Eric Ripert, Marcus Samuelsson, and Momofuku Milk Bar’s Christina Tosi) to give up the intel on their favorite dining destinations, from niche interests like New York’s best bets for sea urchin to macro-level primers like where to eat in Colorado's ski towns. Search by city, look for nearby hot spots, or peruse the experts’ picks for your location.Free, available on iPhone and Android; chefsfeed.com. 5. Drizly Say you’ve scoped out the perfect place for a meal...only to discover that it’s BYOB. Drizly can deliver a bottle or two to your door—a worthy alternative to wasting your limited free time running around in search of a liquor store. Active in nearly 100 cities nationwide, the online beverage distributor carries wine, booze, and beer, plus an array of bitters, mixers, and garnishes for the cocktail connoisseur. Throwing a hotel-room fiesta? You’ll find all the supplies you need here, from red Solo cups and plastic wine glasses to corkscrews and snacks. (Don’t forget the ping pong balls).Free, available on iPhone and Android; drizly.com. 6. Traveling Spoon It’s not an app, but given its deep roster of highly qualified global hosts, Traveling Spoon (travelingspoon.com) is a mandatory bookmark for any food-curious tourist heading overseas. Whether you're sitting down for a homemade meal, picking up a new culinary skill, or wandering through the local market with a guide who knows their stuff, all hosts and experiences are thoroughly vetted, so you'll be in good hands. Learn how to handle phyllo like a pro in a fifth-floor Athens apartment, join a Brazilian family for supper in São Paulo, or opt for a traditional thali-style meal in Mumbai. 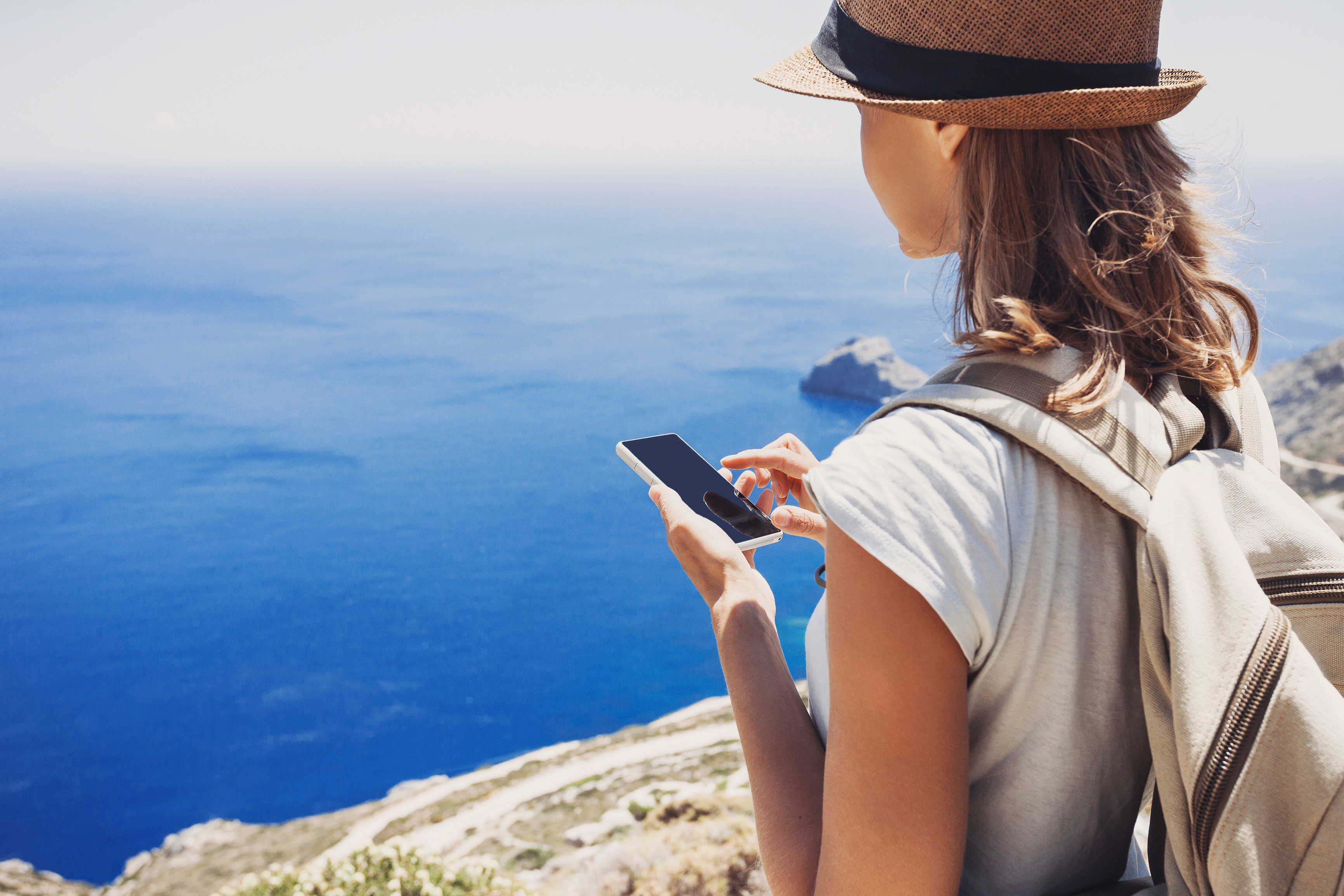 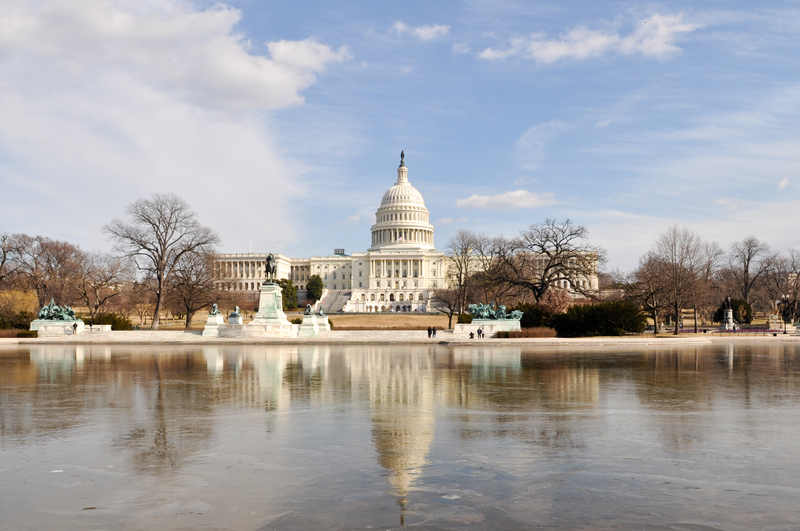 Federal Shutdown 2019: How Travelers Can Help

With the longest government shutdown in America’s history hitting the one-month mark today, many federal employees and contractors are struggling to make ends meet. Some 800,000 government workers have been furloughed or required to work without compensation since the shutdown began in late December, and though the President signed a bill ensuring they’ll receive back pay once Washington reopens for business, they're still contending with immediately pressing concerns like rent, bills, and how to put food on the table. (Contractors have no such safety net, but last week, a handful of Democratic senators introduced legislation that would secure back pay for low-wage contract earners as well). Here's how you can help. First Things First: What's the Damage? Transportation Security Administration airport screeners are considered essential and required to work, but the organization has seen a decrease in available personnel as the shutdown drags on, with unscheduled employee absences rising steadily from 6.8 percent on Jan. 14 to 10 percent on Jan. 20. The National Park Service is also feeling the burn: An estimated 16,000 employees—80 percent of its total workforce—is currently furloughed, according to the National Parks Conservation Association, and our protected lands are sustaining heavy damage without the proper oversight in place. (Courtesy World Central Kitchen) How Can Travelers Pitch In? Contrary to rumors making the social-media rounds, executive-branch employees like TSA workers aren’t allowed to accept cash tips, but there are other ways you can lend a hand. Hunger is a real issue, and federal employees are leaning hard on food banks, as well as churches and other community organizations. Consider giving time, money, and/or supplies to food pantries working directly with these impacted populations, and look into the on-site resources available to TSA, customs, and Federal Aviation Administration employees before you leave for the airport—you may be able to bring groceries and the like to donate. At the Tampa airport, for example, a pop-up food bank is offering provisions to employees working without pay; local groups in Texas are distributing food to workers right at the Dallas-Fort Worth airport, and in Seattle, there's a donation area on the airport's mezzanine level where non-perishable food and gift cards are being accepted. If your airport doesn’t have anything like that in place, you can still make a difference. Give your business to one of the many private companies providing assistance, whether it’s waiving late fees on bill payments or offering discounts on dining and events, or give your dollars to a group that’s doing the work on the ground. Through his humanitarian organization, World Central Kitchen, chef José Andrés set up a kitchen in D.C. to feed federal employees during the crisis, and he’s not the only celebrity helping out. Jon Bon Jovi’s New Jersey restaurant, Soul Kitchen, is a nonprofit that allows any guest—regardless of employment status—to pay a suggested donation or work a shift in return for a meal. (Both organizations accept tax-deductible donations.) Planning a trip? Look for an Airbnb host participating in the company’s A Night On Us program, which pays executive-branch employees for an extra night, up to $110, for hosting a three-night stay. You can also buy a beer for a federal worker or contractor, or give to one of nearly 2,000 GoFundMe campaigns for people affected by the shutdown. 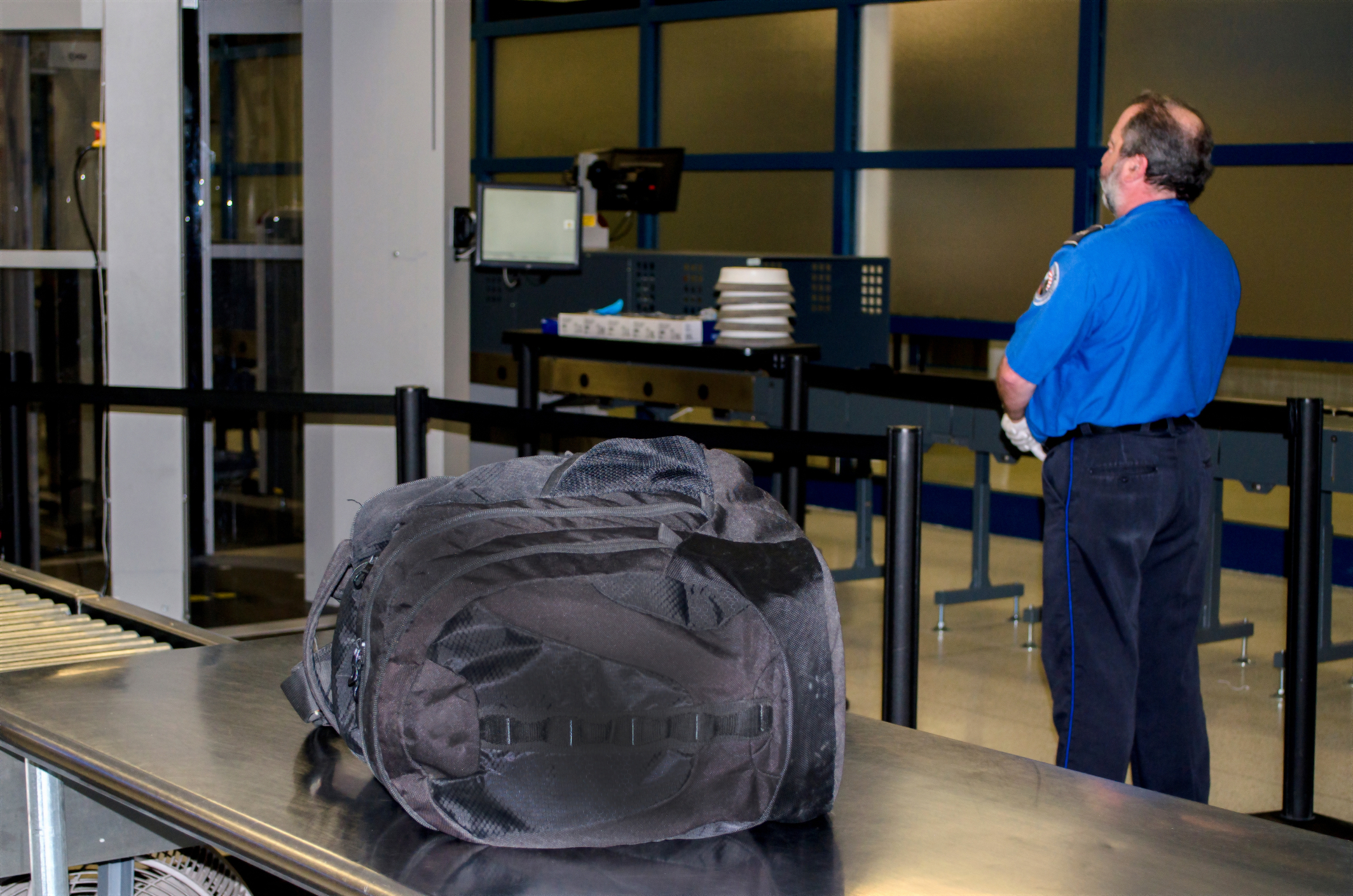 On January 3, an airline passenger passed through security at Atlanta Hartsfield-Jackson International Airport, the busiest airport in the world, carrying a firearm, and flew to Tokyo with the weapon. Is the Government Shutdown Hindering Airport Security? Travelers are asking themselves whether this breach of security has anything to do with unpaid Transportation Security Administration (TSA) workers reportedly not showing up for work. The TSA denies, in a statement, that the breach has anything to do with the government shutdown, and goes so far as to deny that TSA worker attendance is lower than usual, which one could interpret as sort-of good news or really bad news, depending on your point of view. Have Your Travel Plans Been Affected by the Shutdown? Although the firearms incident may very well be an isolated, and certainly not unprecedented, snafu, of perhaps more concern to the average traveler are reports that TSA understaffing is now causing the closure of some airport concourses, leading to delays and confusion for air passengers and airport staff. We want to know: Have you experienced unusual airport delays lately? Post in the comments below, or email us at info@BudgetTravel.com.