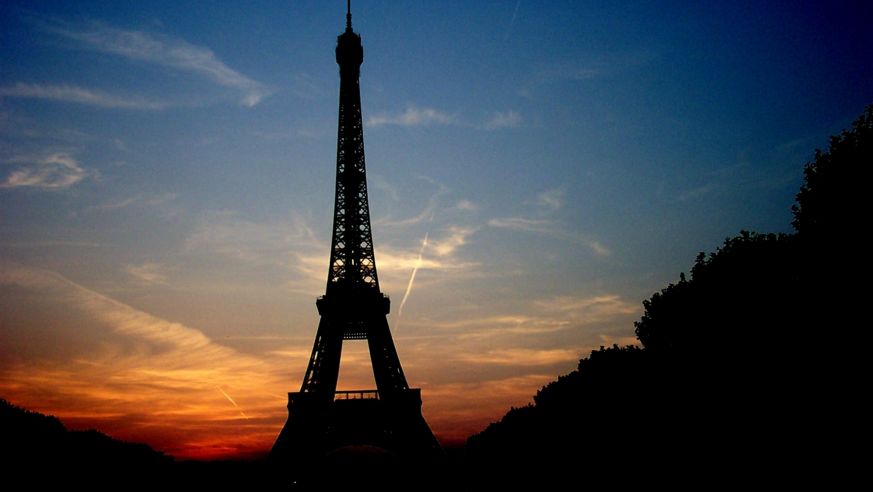 From where to find the best meals to how to stay on a Parisian’s good side, expat blogger David Lebovitz dishes on what it’s like to live as an American in Paris.

Have you always dreamed of reliving An Americans in Paris? Life as an American expat in the City of Light isn't all about romantic walks along the Seine and picnics under the Eiffel Tower. Just ask David Lebovitz, one of Paris's best-known expat bloggers. After a successful career as a pastry chef and cookbook author in America, Lebovitz (davidlebovitz.com) decided to move to Paris a decade ago. Here, he dishes on where to find the best meals, how to stay on a Parisian's good side, and why sometimes, speaking no French can be a good thing.

1. THE LESS FRENCH YOU SPEAK, THE BETTER

It's interesting, but speaking no French can actually work for you. Because Parisians think it's funny. When you speak really good French, people start treating you like a French person. I learned the language after I moved here, but I'm actually very bad with languages and I have trouble with French. When people ask, "Are you fluent in French?" I always joke and say that even the French aren't fluent in French. Because they make a lot of mistakes, too. You'll be at a party and people will be discussing a verb tense or how something's spelled or the diction, because it's not a phonetic language.

Paris seems untouchable for a lot of people, and they want to move here. It's their dream. They come here, and it's a great place to live—for two years. Because you can actually come here and "live in America" with the Internet, TV, an American bank account, and your ATM card. But after two years, you have to start dealing with the bank, the government, city hall, moving, buying or renting an apartment. Those kinds of things are extremely challenging here—even for French people. You're a real Parisian when you change your cable company successfully. That's probably the hardest thing to do in France. Getting out of a contract, returning your equipment, it's a six-month process. Luckily, I had a reader who is French help me get out of the contract by translating the terms and conditions for me.

I've seen a really big influx of Americanism—and I don't mean that in a bad way or in an invasive way. But, 10 years ago, you couldn't find hamburgers anywhere. If you did, they were awful. I used to complain, like a lot of Americans, about how you couldn't get a decent hamburger in Paris, and now you can get them everywhere. But now I think, well, did I move to Paris to get hamburgers? There was a big brouhaha when I posted a picture of the Chipotle opening in Paris on my blog. It was full of French people, and my Americans readers said: "I can't believe anybody in France would eat there." And I thought, "Why not?" People in New York and London eat at Chipotle. Why can't French people enjoy foods from other countries?

4. BE COURTEOUS AT ALL TIMES

In Paris, just leaving a place without saying goodbye is considered really rude. It's just something we don't do in America. We don't go into a store and when we leave make sure to say goodbye. In Paris, it's obligatory. When you get into an elevator with someone, you say hello. When you walk into a doctor's office and open the door to the waiting room, you say hello to everybody. It's just the framework of politeness that French people have.

People have Excel spreadsheets full of everybody's recommendations when they visit. But I always tell Americans to go to wine bars. They're sort of the modern day bistros. They're in neighborhoods and they serve people at all hours. Those are the places where "it's happening." They're usually owned by young people who are very interested in wine and the products they're serving. They know who made the charcuterie and the cheeses. They can explain them. They're friendly. You don't have to commit to a sitdown meal. You don't need to make a reservation. But the brasseries—the old restaurants—are all pretty much terrible now. They've been bought out by corporations, and they're just looking at the bottom line. It'd be great if they just went back to serving really great French food again, source good ingredients, and be known for food—not for the name. I tell people to avoid a lot of the big names. I mean, you can get really good food in Paris, but often you have to get out of the single arrondissement areas: Go out to the 12th, go up to the Rue de Martyre in the 9th arrondissement, the 15th has some interesting places.

I actually still think tourists are cute, and one of the reasons I do is because French people, in spite of how Americans view them, are actually really nice to tourists. I can't imagine a French person going to New York or L.A. and just going up to someone, speaking French, and being understood or getting helped. But I see tourists do it all the time here. They just go up to a ticket window and start speaking in English. So, I give the French a lot of credit. They do think we're kind of silly and cute and say, "Oh, Les Américains."

If you ask a Parisian if Parisians are rude, they will say yes. If you travel through France and say, "What do you think about Parisians?" people will say, "I don't like them." It's kind of like the image that Americans used to have of New Yorkers. It's a big, hostile place that wasn't user-friendly. And then, you know, 9/11 happened and New York became—I don't want to say "touristy"—but they really tamed it a lot. Giuliani got rid of a lot of the seedy stuff in New York, and it became a much friendlier place. Paris hasn't necessarily been all that sanitized.

8. IT'S MORE DIVERSE THAN MOST PEOPLE REALIZE

I live in the 11th arrondissement, which encompasses a lot of different areas. It encompasses the Bastille, it's right against the Marais, but it also covers the area of Belleville, which is a very ethnic neighborhood of North Africans and Chinese—a pretty diverse mix. I'm writing a book about Paris and my editor said, "Why are you including all of these ethnic foods?" Well, because that's what people eat in Paris! People don't eat cassoulet in Paris. They eat sushi (not very good sushi, I should add), they eat Vietnamese food, North African food. That's just part of life in Paris. I'm influenced by walking around the different neighborhoods. You walk from one to the next, and you'll be in a totally different place.

9. THINK THE FRENCH ARE CONNOISSEURS OF CHEESE? THINK AGAIN

You know, it was funny, I wrote an article about a cheese shop here recently and a French friend of mine said, "Well, David, you know that French people usually don't know anything about cheese. They only know the one or two cheeses from the region where they are from." And you know, I've been living here for 10 years and that never occurred to me, and then I started asking French people and they only knew the cheese from the region where they were born, which is kind of interesting.

Customer service is the biggest change and the most difficult part about living in Paris—just getting things done. It's extremely difficult to return anything, get help on the phone, or just get someone to do something. When you do get somebody to help you, it can be great, but it's challenging. I recently got a package from FedEx—somebody had sent me a gift from America. And I got a customs bill, so I went to the FedEx office to say it had been a gift. But they said if it's an unsolicited gift, I'd have to tell them to write that on the package's customs form. And I said, "Well, if it's unsolicited, then how do I know they're sending me a gift?" But they just sat there, looking at me, like I was supposed to come up with the answer. But logic doesn't always work here in France, which is a challenge for someone who believes in logic.