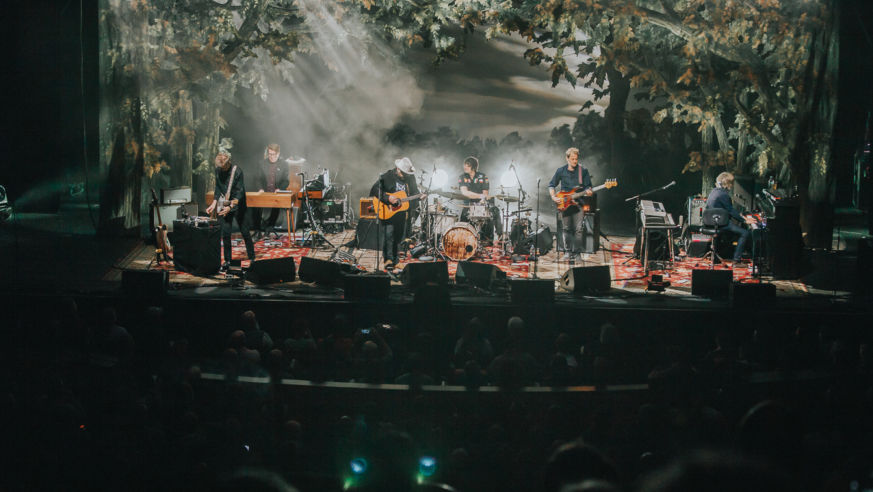 The annual Big Ears Festival, in Knoxville, TN, is the place to hear cutting-edge new music.

From classical music on the lawn to world-class jazz, from pop favorites to the avant garde, these musical celebrations are destinations in their own right.

Some of our favorite North American destinations (including New Orleans, Chicago, Austin, and Montreal) play host to some of the world's finest music festivals. Here, from the coast of California to the mountains of New England and beyond, a sampling of 10 celebrations of classical, jazz, pop, Broadway, and more, that every member of the family will love.

The Big Ears Festival  packs an exciting mix of music into downtown Knoxville, promising close to 100 shows on this year’s schedule. Ranging from rock to improvisation to contemporary classical, the uniting factor among the musicians is that they are all at the cutting edge. And for your eyes, there is a film series. You must hear: Craig Taborn, the Bang on a Can All-Stars, Meshell Ndegocello, the Tyshawn Sorey Trio, Jason Moran’s “Fats Waller Dance Party,” Aine O’Dwyer, and the International Contemporary Ensemble playing Anna Thorvaldsdottir’s mesmerizing “In the Light of the Air.”

One of the biggest annual music festivals in North America, and maybe the funnest. There will be plenty of jazz, of course, at the New Orleans Jazz & Heritage Festival, from the likes of Terence Blanchard, Kermit Ruffins, and Nicholas Payton. But this is New Orleans, the incubator for almost every style of popular music in America, so there will be hundreds of acts to gorge on, including Common, Sting, Aerosmith, Ivan Neville’s Dumpstaphunk, Jack White, and Trombone Shorty. Plus you’re in New Orleans. You must hear: Aretha Franklin and Bonnie Raitt, April 28, and Beck and Cheryl Crow, May 4.

From the classics to the brand-new

Opera, theater, dance, symphonic and chamber music, classic and new works, jazz, bluegrass; no festival offers more than Spoleto Festival USA. The setting, historic Charleston, is one of America’s favorite tourist destinations and is a pleasure that awaits anyone who needs a break from the performances, if that’s possible. You must hear: Donizetti’s Pia de’ Tolomei (various dates), a concert of Mozart and Mahler on June 9, the Fred Hersch Trio on May 27, and Ricky Skaggs on June 1.

Summertime classical music in the City of Big Shoulders

Beginning in late spring and running through almost 10 weeks, there are no bad times to attend the free Grant Park Music Festival, and plenty of good ones. All concerts are al fresco in the stunning Frank Gehry-designed Jay Pritzker Pavilion, inside the equally lovely Millennium Park, along Lake Michigan. For this season, the Grant Park Orchestra, under the baton of Carlos Kalmar, will play orchestral and choral music from composers such as Tchaikovsky, Copland, Vivaldi, Bruckner, and Schumann. You must hear: choral music by Brahms, Bernstein, and Messiaen, and a world premiere from composer Êriks Ešenvalds, June 20 and 22.

The Boston Symphony and so much more in the Berkshires

Summer means getting out of the big city, and for classical music the premiere name in summer festivals is the Tanglewood Music Festival. But you’ll find so much more here; the opening event is Roger Daltrey performing the Who’s Tommy with the Boston Pops. This season, former BSO conductor Leonard Bernstein’s centennial will be celebrated via his “Chichester Psalms,” “Serenade,” and the film version of West Side Story—the BSO will accompany the movie with a live performance of the score. You must hear: Lang Lang and the Boston Symphony on July 6 and a semi-staged La Bohème, July 14.

A musical escape from NYC

Just far enough from New York City, and in the shadow of Beaver Dam State Park, the Caramoor Summer Music Festival is a getaway and music festival in one. Along with evening performances, there are matinee concerts for families that include the chamber orchestra The Knights, and Aimee Mann and Valerie June, while a collaboration with Jazz at Lincoln Center will bring prodigy Joey Alexander. You must hear: The June 16 opening night with Audra McDonald, Kronos Quartet on June 29, an all-ages, outdoor performance of John Luther Adams’ Inuksuit on July 1, and Susan Graham in front of the Orchestra of St. Luke’s at the closing concert.

Global flavor in an international city

Now in its 39th year, the Montreal International Jazz Festival is one of the biggest festivals of its kind globally, and a great way to enjoy the long summer days of Montreal. Another distinguishing characteristic of this festival is the many headliners whose music stretches into rock and pop and beyond, like Angélique Kidjo, Max Richter, and Ian Anderson of Jethro Tull fame. You must hear: Dee Dee Bridgewater on June 30 and GoGo Penguin on July 1.

Opera on the lake

The Glimmerglass Festival means opera, but this annual festival also includes theatrical and popular song performances, talks, and, for this year, something completely different: a night of chamber music and literature with cellist Jan Vogler, pianist Vanessa Perez, violinist Mira Wang, and… Bill Murray (July 24). You must hear:West Side Story with its original Jerome Robbins choreography, The Cunning Little Vixen, and the Young Artists Program performance of The Odyssey (various dates for all).

A top destination for jazz fans for 60 years

The Monterey Jazz Festival is one of the most famous jazz festivals in the world (it even co-starred in Clint Eastwood’s jazz-infused thriller Play Misty For Me), and justifiably so. This long weekend of music is held within the Monterey County Fairgrounds, which is transformed into a jazz village. Besides the main outdoor arena, there are numerous club-like venues, each with multiple sets per day. Jazz fans can stroll from one to another, and if the promised 130+ shows for 2018 become a little overwhelming, you’ll be in Monterey, one of the loveliest coastal regions in America. (The festival’s lineup is still TBA.)

Great music and great for families

Across two weekends in Zilker Park in the self-described live music capital of the world, the Austin City Limits Music Festival is a fall celebration that is family friendly. The emphasis is on rock, pop, hip-hop, and indie music (and since this is Austin, the emphasis is also on great food), with dozens of acts playing both weekends in case it’s hard to choose between the two sets of dates. You must hear: Jay-Z, Gorillaz, Run the Jewels, Chance the Rapper, and Red Hot Chili Peppers.