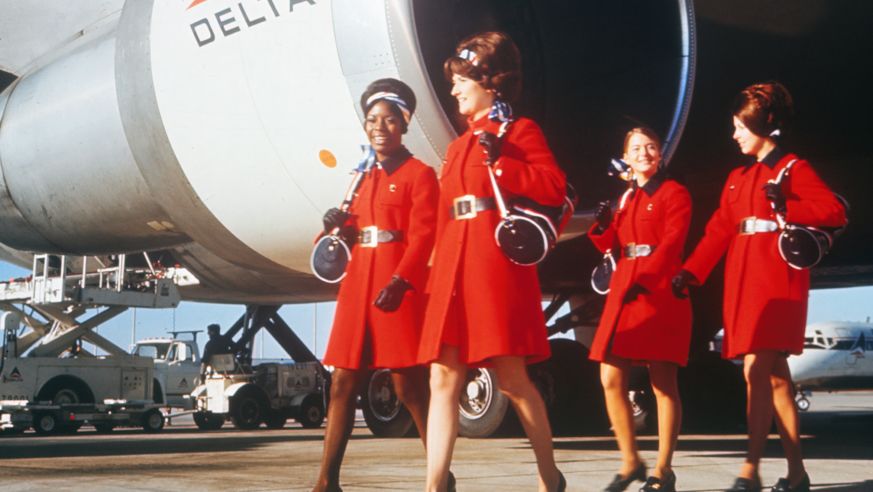 Runway to jetway! Zac Posen's designs will bring "modern American glamour" to the skies, Delta says. We've got all the details AND a look back at Delta fashions past and present.

Fly with style! Delta Air Lines has partnered with fashion designer Zac Posen, who will design uniforms for flight attendants and airport customer service agents, and advise on uniforms for Delta’s ramp and ground support agents. His structured mermaid-style ball gowns are popular on the red carpet, but we non-celebs can shop the more affordable ZAC Zac Posen line (from $195, shopbop.com) and Truly Zac Posen wedding dresses for David's Bridal (from $500). The new Delta looks will hit jet bridges in early 2018.

What will the uniforms look like? It's up in the air. First, Posen and his team will interview Delta employees about what they want and need in a uniform. Then comes the design process. Says Delta: "Posen's brand of modern American glamour pairs well with Delta's brand attributes, and he will be personally engaged throughout the multi-year project."

Airlines are no stranger to collaborations with fashion designers: Emilio Pucci put his famous prints on Braniff International Airways stewardesses in 1966, complete with an astronaut-like plastic bubble helmet to protect their hairstyles from inclement weather. Just last year, Vivienne Westwood unveiled her vibrant red collection for Virgin Atlantic. Other partnerships didn't quite get off the ground, like Cynthia Rowley for United Airlines, nixed in 2011, post–Continental merger.

Delta hasn't paired with a designer since mid-2006, when Richard Tyler released the uniform that the airline's flight attendants wear now. Geek out with us over our favorite pics of Delta's uniforms from the 1940s to now, below. Things get really good around 1968...