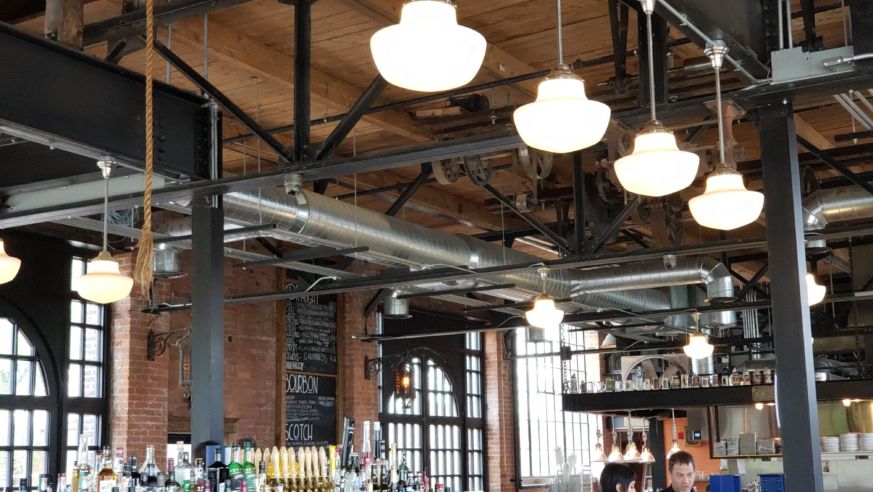 Though its ups and downs, Detroit has never lacked in creativity or industriousness. In fact, you can say that's what made it a world-class city to begin with, what with its trail-blazing motor vehicle industry and, of course, Motown, easily the most globally renowned record label in history. It famously struggled as a city in the years after the recession, but locals are fired up these days and their creativity and entrepreneurial grit have restored Detroit's magnificence. Here are a few things to see, do, taste, and try next time you visit Motor City.

1. Visit a Shrine to American Music 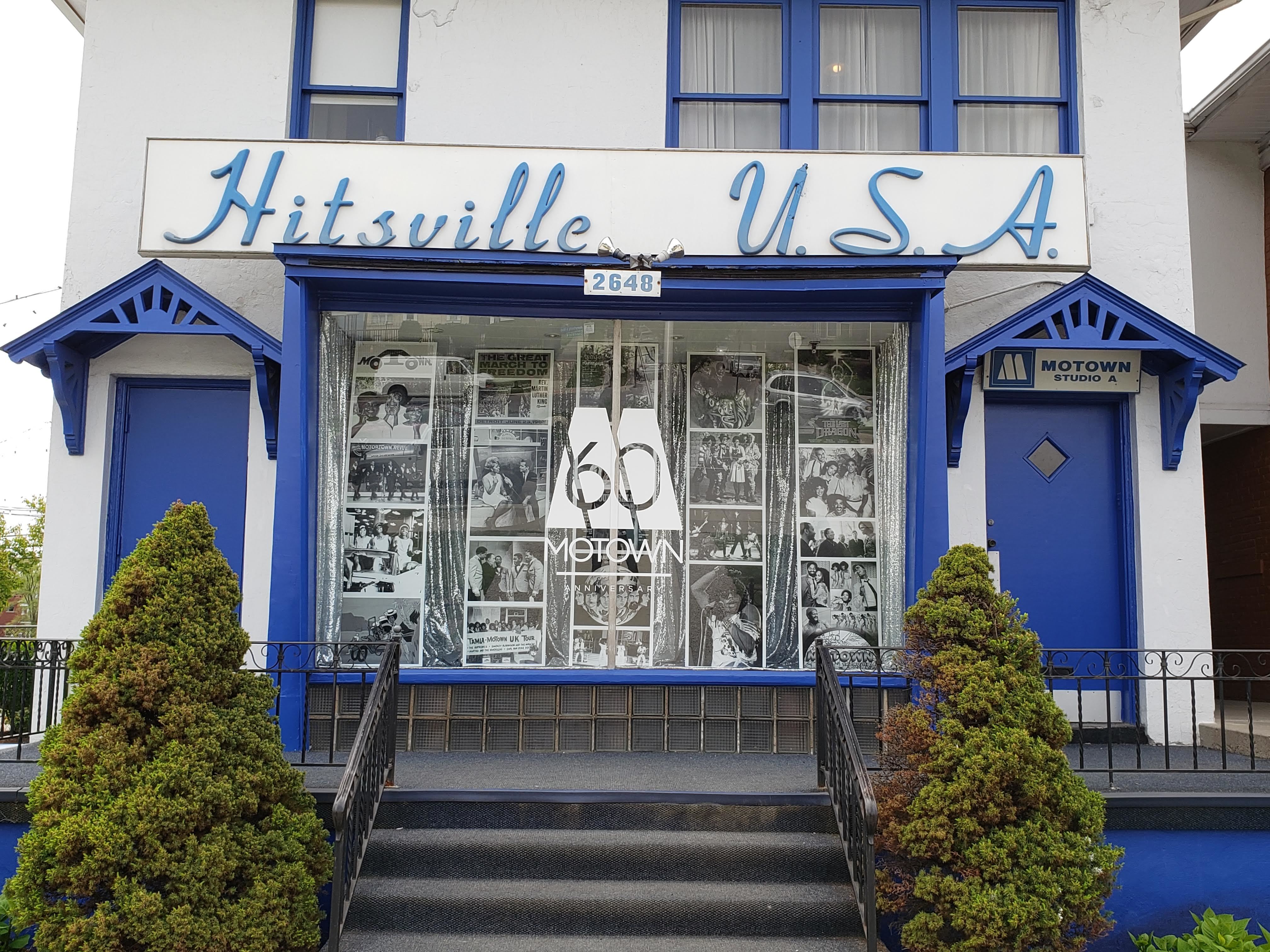 There are plaques and big signs outside of Berry Gordy’s former house indicating that you’re approaching the Motown Museum, but if they weren’t there, you could easily overlook the house on the none-too-notable West Grand Boulevard. This childhood home of Gordy, founder of Motown, later came to house Studio A, one of music’s most famous rooms in the world. Today, the house is a museum of, if not a shrine to, the iconic label (motownmuseum.org). The main thing to know is that you can only go through om a guided tour, which is offered every 30 minutes. Tour guides, each one an engaging entertainer in his/her own right, take you through the history of the label, from the early careers of Smoky Robinson, the Jackson 5, Diana Ross, so many others, to the heyday of the studio where legends were made. Gallery-esque displays feature treasures like Michael Jackson’s crystal-encrusted glove. It’s also a showcase of crowning Hitsville moments and behind-the-scenes personalities, like the songwriters and etiquette instructor Maxine Powell, who taught the Supremes how to strut and gave the Temptations their polish. The tour finishes up in the renowned studio A, where you can marvel at original recording equipment and Little Stevie Wonder’s piano. You can feel the power within the walls. It’s the same power McCartney felt when he visited and, the guide will tell you, he got down on his knees and kissed the floor.

2. Listen to the Sounds of Detroit Today 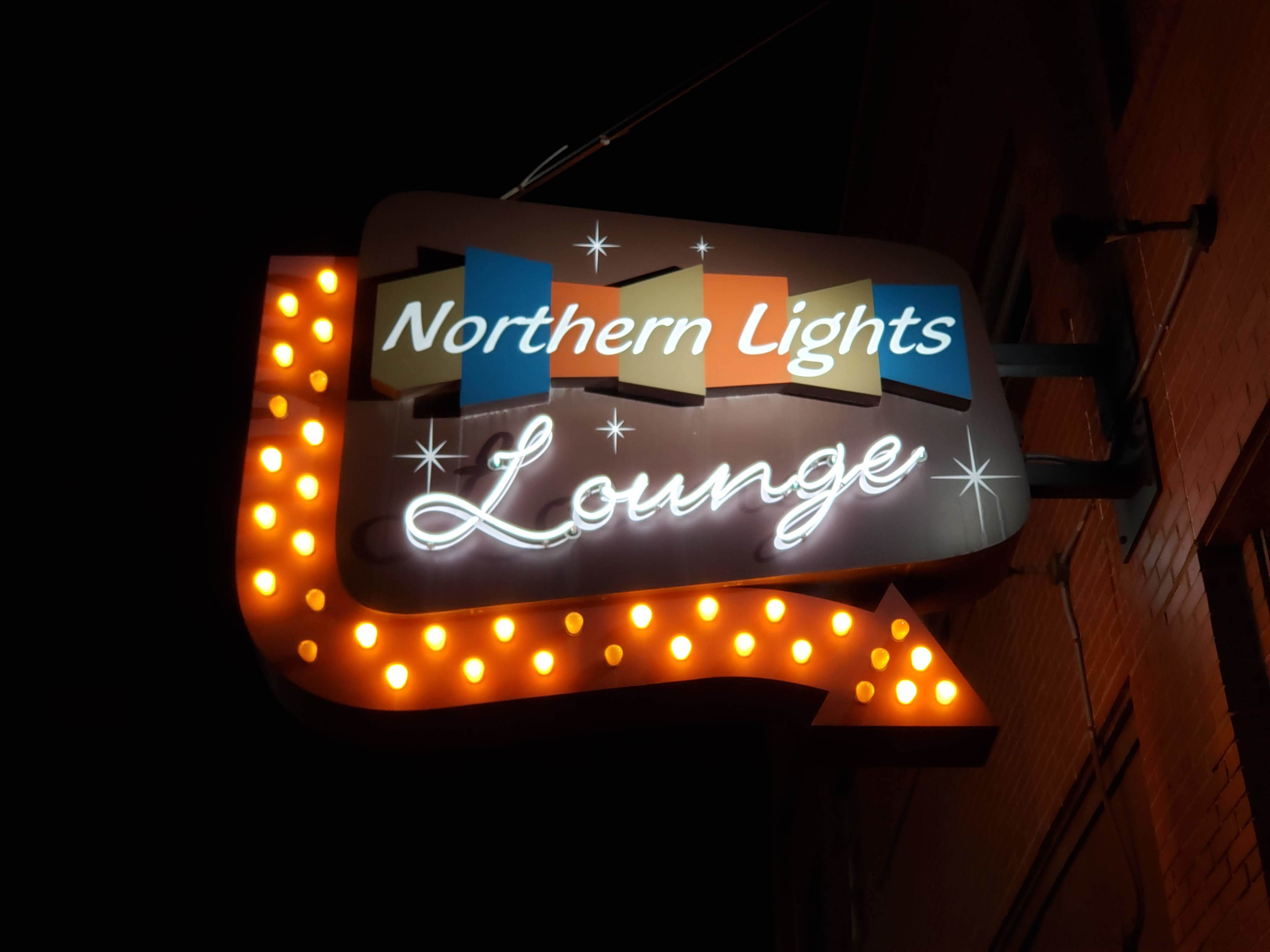 When you enter Studio A, you’ll see a bass guitar propped upright next to the piano. The base belonged to Dennis Coffey, a Motown session musician who recorded on some of the best known albums in history. Coffey is still alive and playing gigs, and you can catch him each Tuesday at Northern Lights Lounge (northernlightslounge.com), a unpretentious bar with a cozy lodge-meets-rec-room feel, a well-worn slab of mahogany, round booths for groups, and a stage where funk, soul, R&B, and jazz are king. Coffey wrote the book—literally—about being a session musician, which you can buy at the gig.

Detroit is like New Orleans in that it’s almost hard to avoid seeing live music. For a full-on concert, check out what’s on at the Masonic Temple (themasonic.com), a vintage gem that Jack White saved from the wrecking ball and turned into an auditorium for contemporary acts. There’s a packed lineup of jazz musicians—local and national—at Baker’s Keyboard Lounge (officialbakerskeyboardlounge.com), said to be the oldest jazz club in the world. Local and national rock bands perform at Smalls (smallsbardetroit.com), an intimate spot with pub grub and pool tables. And check the schedule at Third Man Records, another Jack White endeavor. They often host rock and alternative bands on their in-store stage, some of which are recorded and pressed into exclusive records. 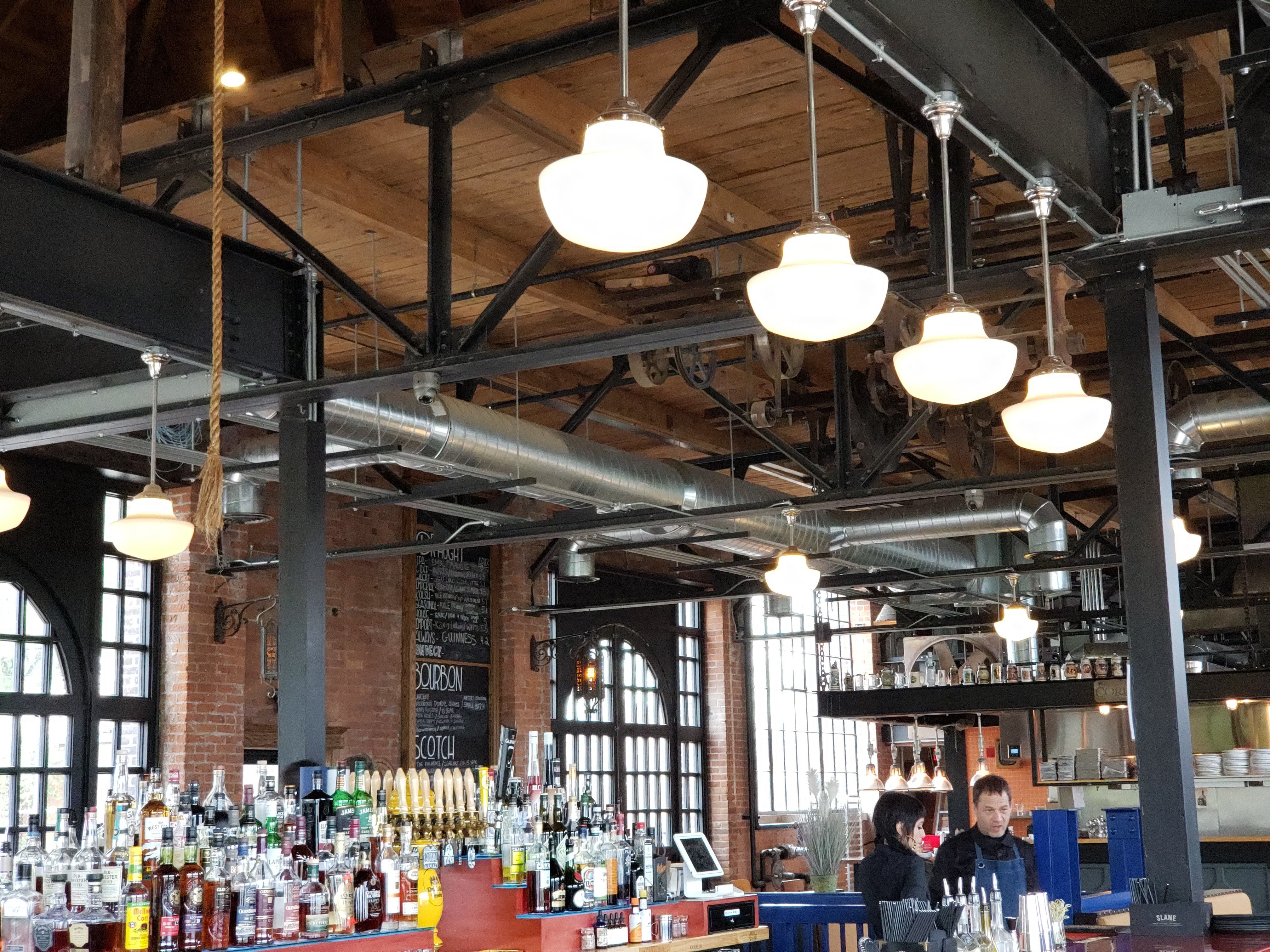 Historically, Corktown was a vibrant district where Irish immigrants fleeing the potato famine in the 1940s lived and prospered and built Victorian-style homes. The neighborhood, the oldest in Detroit, is anchored by Michigan Central Station, an architectural marvel with marble finishes, soaring arches and 14 marble pillars. A series of mishaps left it derelict in recent decades, but Ford purchased it in 2018, which, in a way, was the ultimate mark of Corktown’s revival. New, hip businesses have opened at a steady clip since the early 2000s. Today, the hip district is a destination for its many restaurants and bars, like the Motor City Wine, a laidback bar/shop with a popular patio and live music most nights; Sugar House, a craft cocktail bar that’s turned out to be an incubator, of sorts, for many bartenders who went on to open their own bars; Astro Coffee, a charming locally-minded café that was one of Corktown’s early revivalists, and Lady of the House, noted chef Kate Williams's restaurant featuring creative American fare and a thoughtful menu of cocktails, beer, and wine. The newest eatery to move in, the gastropub-esque Cork & Gabel, serves a German/Irish/Italian menu in a sweeping industrial-chic space

Maryland has duckpin bowling (short, fat-bottom pins, softball-size ball), New England has candlepin bowling (thin pins, slightly larger ball), and Detroit has feather bowling, which sits at the intersection of shuffleboard, bowling, and bocce ball. Long popular in Belgium, it’s said to have arrived in Detroit in the 1930s, brought over by immigrants who gathered at Cadieux Café to hurl a heavy wood object resembling a wheel of cheese down a curved dirt-covered alley at a feather. The Café is still a lively place to try the game—and other Belgian signatures, like steamed mussels and the country’s distinctive beer. If more contemporary sports are your preference, you're in for a treat. Comerica Park, the Detroit Tigers’ stadium, sits smack in the middle of downtown, surrounded by plenty of restaurants and green spaces. Take note: Comercia is celebrated for its food offerings. And as if America’s pastime isn’t kid-friendly enough, this open-air stadium features a carousel and a Ferris wheel. The longstanding Joe Louis Arena, home the Red Wings, the city’s NHL team, and the Pistons (basketball), was demolished years ago and replaced by the sleek Little Caesars Arena, a $862.9 million stadium in Midtown. Rounding out the urban trifecta is Ford Stadium, home of the Lions, Detroit’s NFL team.

Detroit may be legendary for its motor vehicle industry, but these days, there are plenty of ways to enjoy the outdoors on foot. The Detroit International River Walk, for instance, opened along the Detroit River in 2007 and stands as a model of urban revitalization. The five-and-a-half-mile riverside path passes through once-blighted areas and William G. Milliken State Park and Harbor, which features fishing docks. Attractions like a custom-designed carousel, fountains where kids can splash around in, outdoor performance venues, beautifully landscaped “Garden Rooms,” and public art. There are bike trails as well as walking paths, the latter of which terminate at Belle Isle, a 982-acre island park that separates Michigan from Canada. 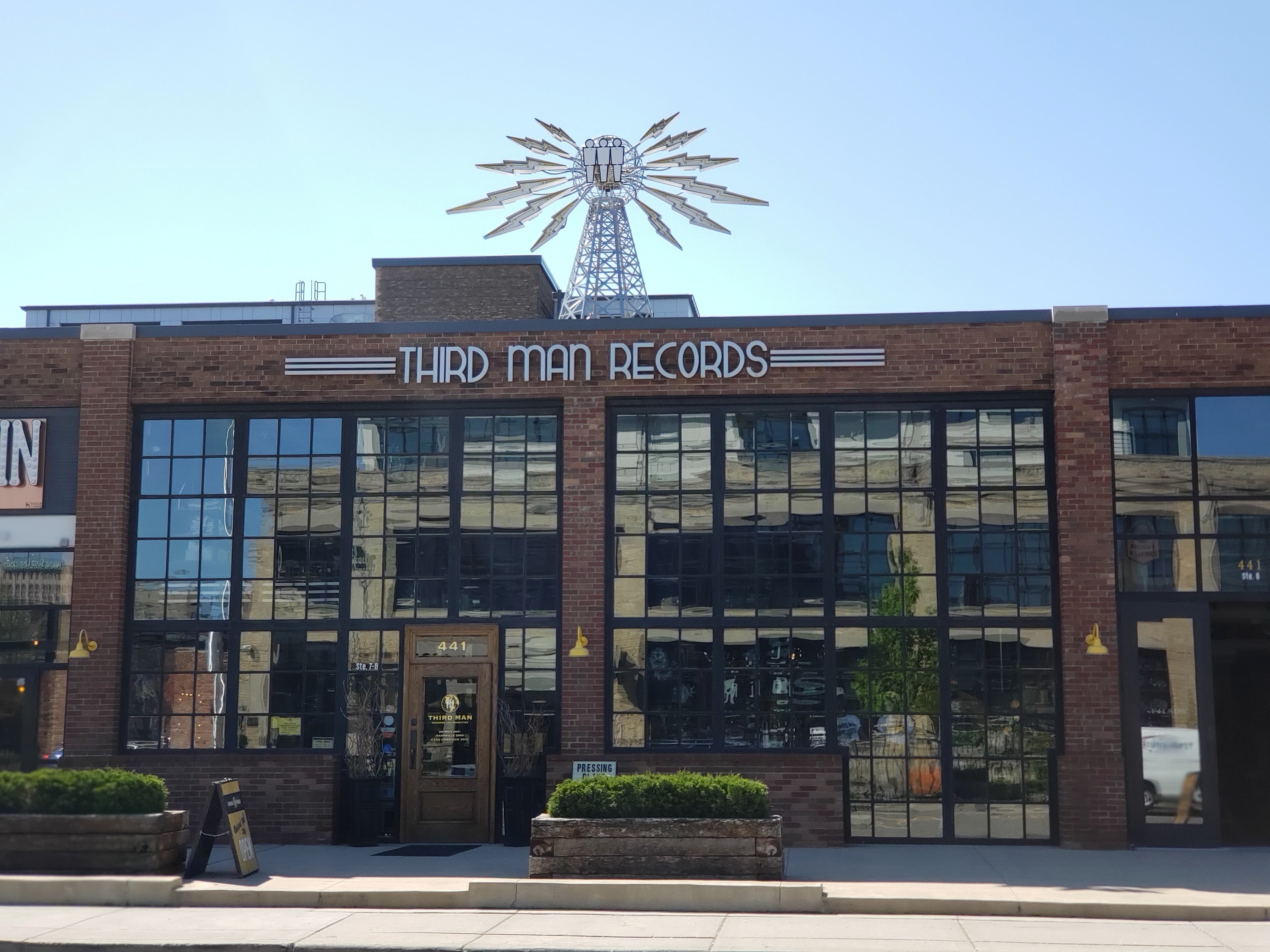 Everyone knows Motown and Ford defined Detroit; a company that carries the torch for the city's defining manufacturing culture is Shinola, a luxury goods maker established in the city in 2011 and known for its exquisite watches, bicycles, leather goods, jewelry, and more. Its watches and watchbands are handmade at a factory in a local historic building. You can take a tour there to learn about the intricate details of Swiss-style watchmaking. Or just marvel at the finished products at the company’s flagship store in Cass Corridor, a pocket of Midtown that was once known for its Victorian mansions, several of which have recently been rehabbed after many years of neglect. The Corridor is a mini-neighborhood, of sorts, with businesses that typify the city’s creativity and industriousness. The focal point of the street is Third Man Records, crowned with a giant radio antennae on the top. Jack White’s studio/retail store that also houses a stage for live performances and a vinyl-pressing plant. (You can see the action behind windows in the store, or sign up for a tour.) Across the street is Nest, a shop that stocks books about the city, locally made jewelry and home goods. 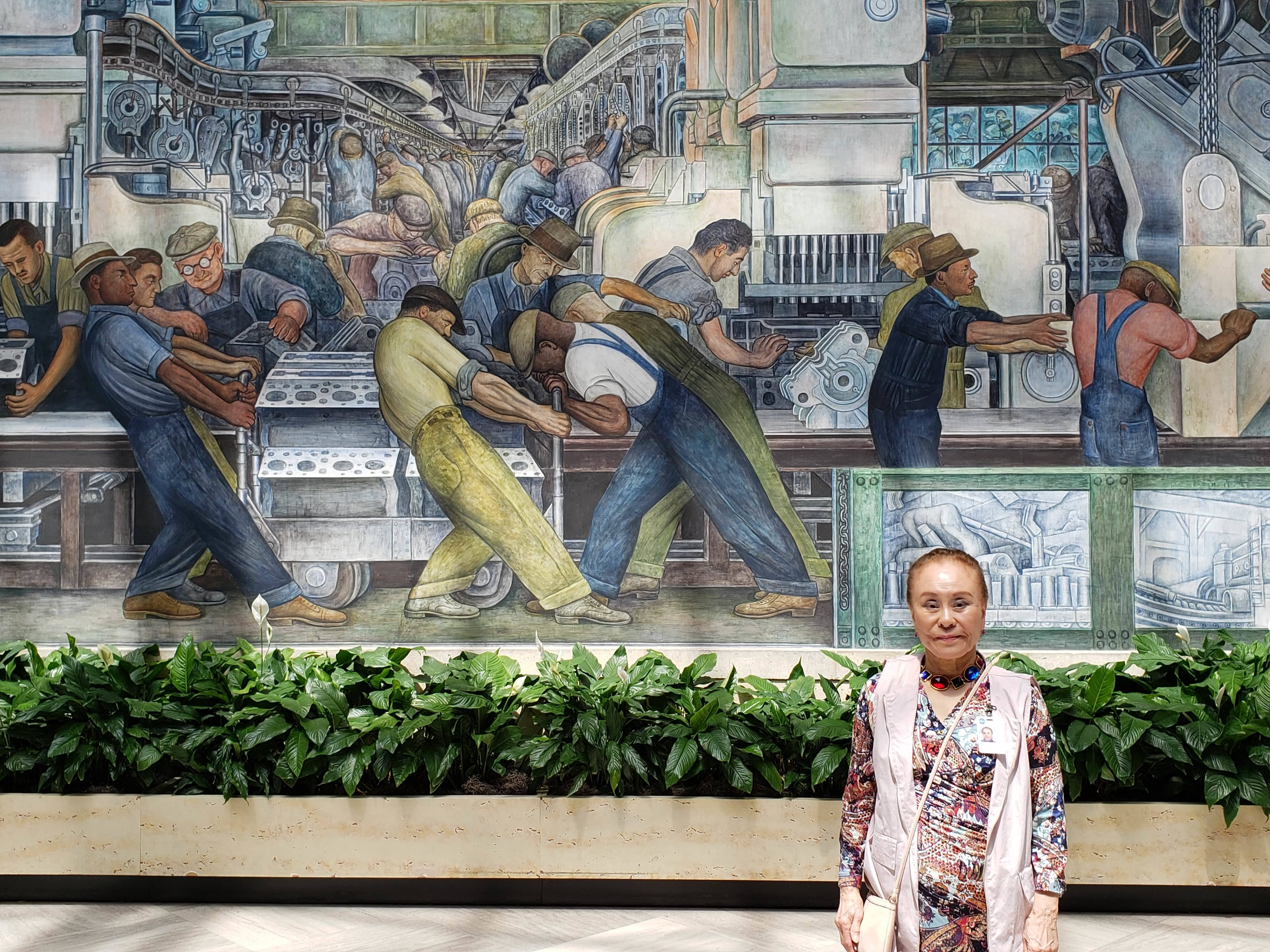 One of the excellent docents at the Detroit Institute of Arts, with Diego Rivera's mural "Detroit Industry" (Liza Weisstuch)

One of the many things that makes Detroit so visitor-friendly the fact that all its epic cultural institutions sit practically side-by-side. The Cultural Center Historic District, listed on the National Register of Historic Places, was planned in 1910 and its landmarks endure: the grand Detroit Public Library (1921), a white marble Italian Renaissance-style building; the Beaux Arts-style Detroit Institute of Arts (1927), and the Horace H. Rackham Education Memorial Building (1933), part of the University of Michigan. The Charles H. Wright Museum of African American History opened next to DIA in 1965 and the kid-friendly Michigan Science Center, complete with a planetarium, a 4D theater, and hands-on exhibits, opened its doors in 2011. You don’t have to spend much time traveling from place to place, a major boon because each institution is so densely packed with things to see that you’ll need as much time at all of them that you can get.