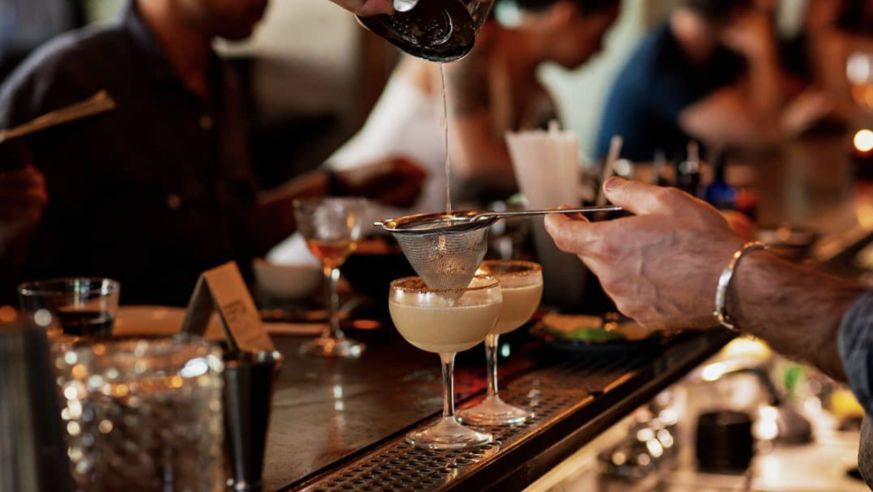 From gin to mezcal and even sour beer, you can find a bar that specializes in your favorite drink.

Most bars are known for a signature cocktail, an extensive beer selection, or an impressive wine cellar. But every so often, you come across a spot that has a laser-focused specialty all of its own. Take, for instance, whiskey. Bourbon bars have opened around the United States at a fast clip, thanks to a boom in the spirit's popularity in recent years, but there are a number of watering holes known for a vast menu of perhaps a more unlikely spirit. Or beer style. Or wine. The sheer volume of options at each will astound you.

Whitechapel (whitechapelsf.com) is every Anglophile’s fantasy. And every gin-lover’s too. And anyone who likes cocktails with a botanical zip, actually. And history. Co-owner Martin Cate knows a thing about specializing, as his rum bar Smuggler's Cove quickly became an institution in San Francisco's bar scene when it debuted in 2009. Whitechapel, which opened in the Tenderloin in fall 2015, is designed to look like a bombed-out distillery in a London Underground station, and it shows fierce attention to Victorian-era detail, from the domed ceiling to the battered subway tiles on the wall. That shabby elegance is a nod to the time when gin was thought of as a plague and referred to as “mother’s ruin.” Attention to detail also defines the menu, which is designed like a train timetable. Elevated bar bites and classic pub grub with Indian accents make up the food menu. And as for those drinks, there are more than 700 gins to choose from, priced from $11 to $350-plus. The 12-page roster of cocktails, which ranges from classics to supremely imaginative concoctions, goes well beyond gin and tonics and martinis (though you can get an extensive variety of those here too). The Lamplighter’s Story, for one, blends hibiscus-infused gin, grapefruit marmalade, bitter orange soda, and lemon. 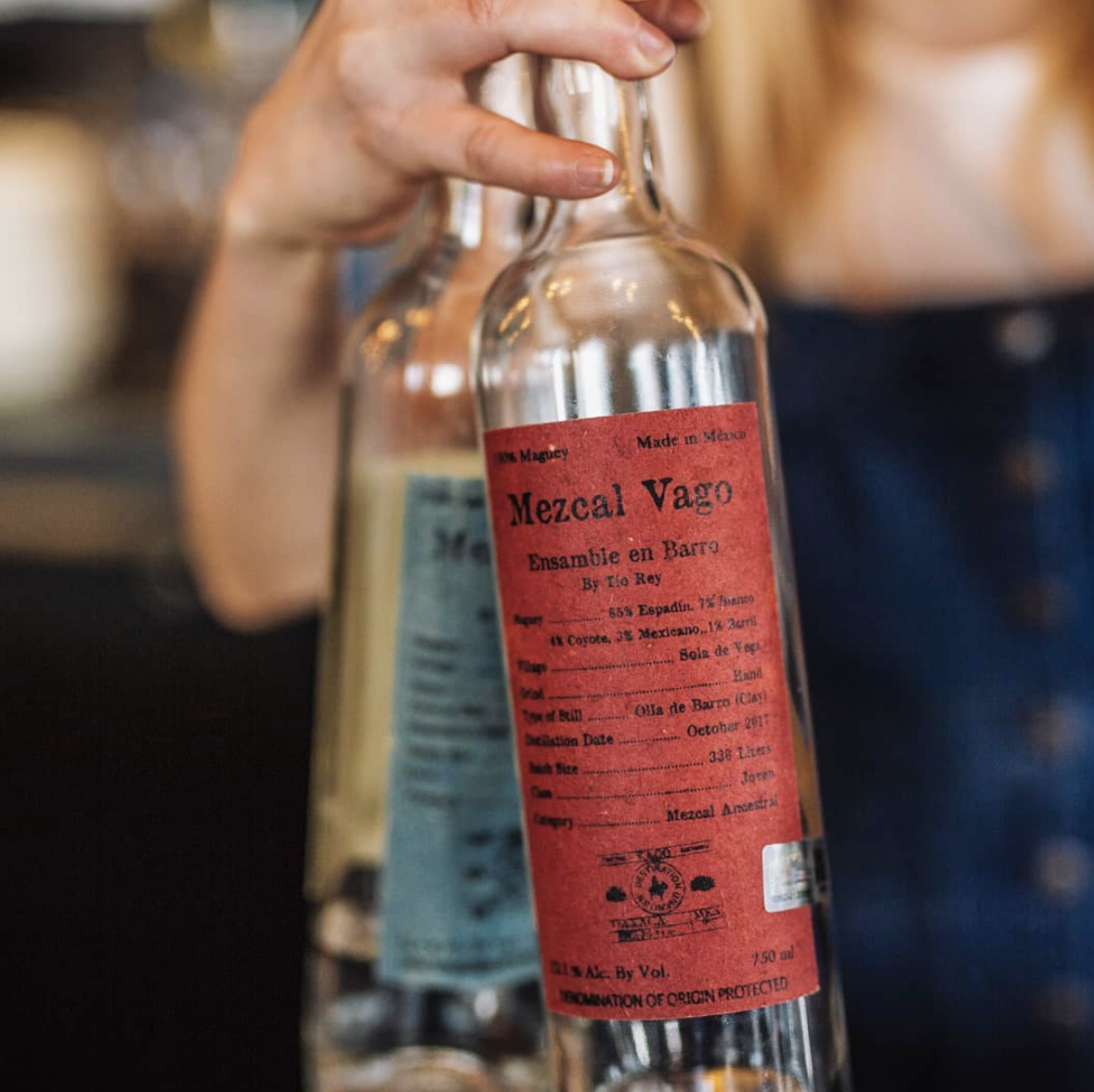 Whatever you do, do not call the industrial-chic Espita Mezaleria (espitadc.com) a tequila bar. Mezcal, tequila’s rugged yet sophisticated cousin, is made by roasting agave instead of steam-cooking it like tequila producers do. It’s typically produced at small farms instead of massive distilleries. And though it's traditionally consumed as a shot, it’s become a bartender's darling in the past few years because it adds a smoky oomph to any cocktail. Josh Phillips, one of the few Master Mezcaliers in the U.S., helms the bar at this restaurant in Washington, D.C.'s, Shaw neighborhood, and he has more than 100 mezcals on offer, plus a slew of creative cocktails like the Oaxacan Zombie (a Mexican spin on the classic tiki drink), an elevated smoky margarita, and a few inventive house originals. If you’re curious to learn about the range of mezcal flavors and aromas, ask for a flight. And rest assured, there’s plenty of outstanding Mexican food to wash down the drinks, so make a night of it. 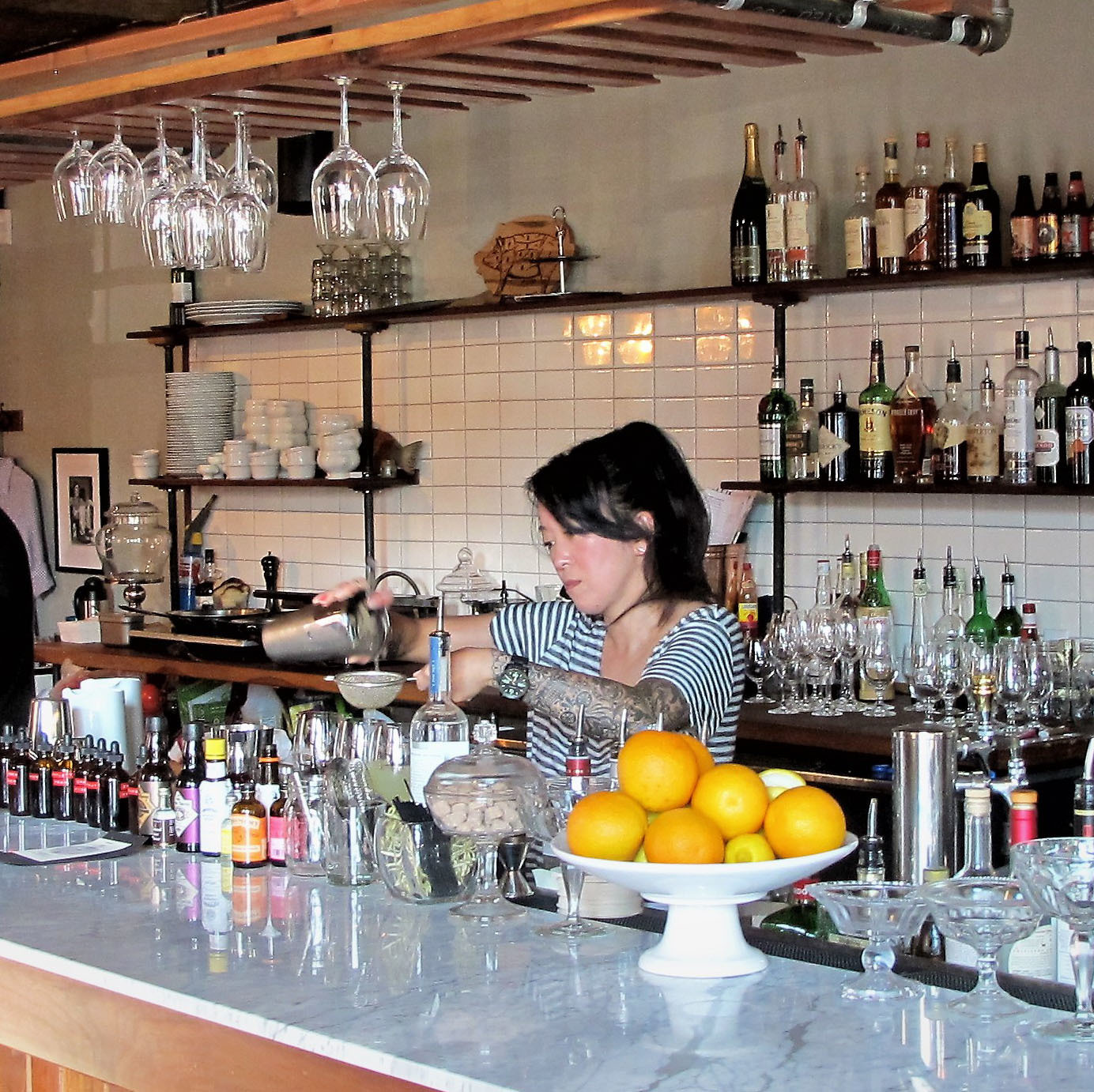 Wine bars are a dime a dozen, but few specialize in one style the way Ca Va (cavakc.com) does. The Kansas City hangout features more than 100 sparkling wines by the glass and bottle, including magnums, from France, Spain, South Africa, and its home state of Missouri, with a premium on organic, biodynamic, sustainable brands. (The name, by the way, is sah-vah, French for “what’s up,” but it’s also a clever play on cava, the Spanish sparkling vino.) If you think this is an opulent, lavish bar for special occasions, think again. The vibe is casual, and the snazzy chandeliers, marble-top bar, pressed-tin ceiling, shabby metal chairs, and brick wall give it the appearance of a French bistro on a Midwest bender. The kitchen’s moules frites, charcuterie board, and croque madame play to its Gallic side, while snacks like duck-fat kettle corn wink at American childhood classics. And though wine bars can sometimes be a bit intimidating, Ca Va steers clear of that with a creative menu that offers whimsical descriptions for each wine. To whit: “meditation as Champagne,” “sea shell, lemon curd, summer nights."

THE GREEN FAIRY ON THE VEGAS STRIP

Sage (aria.com/en/restaurants/sage.html), a grand, sweeping restaurant in the Aria Resort and Casino on the Las Vegas Strip, has a lot in common with the city’s other luxe restaurants, like indulgent steaks and glitzy décor. But there’s far more that sets it apart, like its vegan menu and its absinthe-focused bar. First things first: absinthe, flavored with anise and other herbs, will not make you trip. It was made illegal in the early 1900s because it had that effect on Paris’s Left Bank artist types, but that’s because they drank too much of it—and it’s argued that drinking too much of any unregulated spirit would have that same hallucinatory effect. Today, absinthe is produced around the world, and Sage showcases a broad range on its clever absinthe cart. Get your camera ready as the bartender serves it table-side the old fashioned way, which makes for quite a spectacle. Placing a slotted absinthe spoon on the rim of the glass and a sugar cube on top, he pours water over the sugar cube, which dissolves and drips into the glass, creating a hazy effect. It feels like the Belle Epoque all over again.

If you aren’t yet a sour beer enthusiast, Portland's airy, lively Cascade Brewing Barrel House (cascadebrewingbarrelhouse.com), which is essentially the tasting-room extension of the nearby brewery, will make you a fan. Or at least a super-informed drinker, as the strong flavors can be a bit polarizing. The style is a longtime cult favorite of beer geeks that's now making more regular appearances in bars and restaurants. It gets its signature tangy flavors from Brettanomyces, a wild yeast, and barrel aging. And Cascade’s brewers know how to get creative with all that. They offer at least a dozen tap selections that they serve with the same reverence any sommelier would show towards a fine wine. They always have the Rose City Sour, their standard, flavored with rose hips, and seasonal picks like a coffee blonde, which is made with Stumptown coffee, and Kentucky Peach. 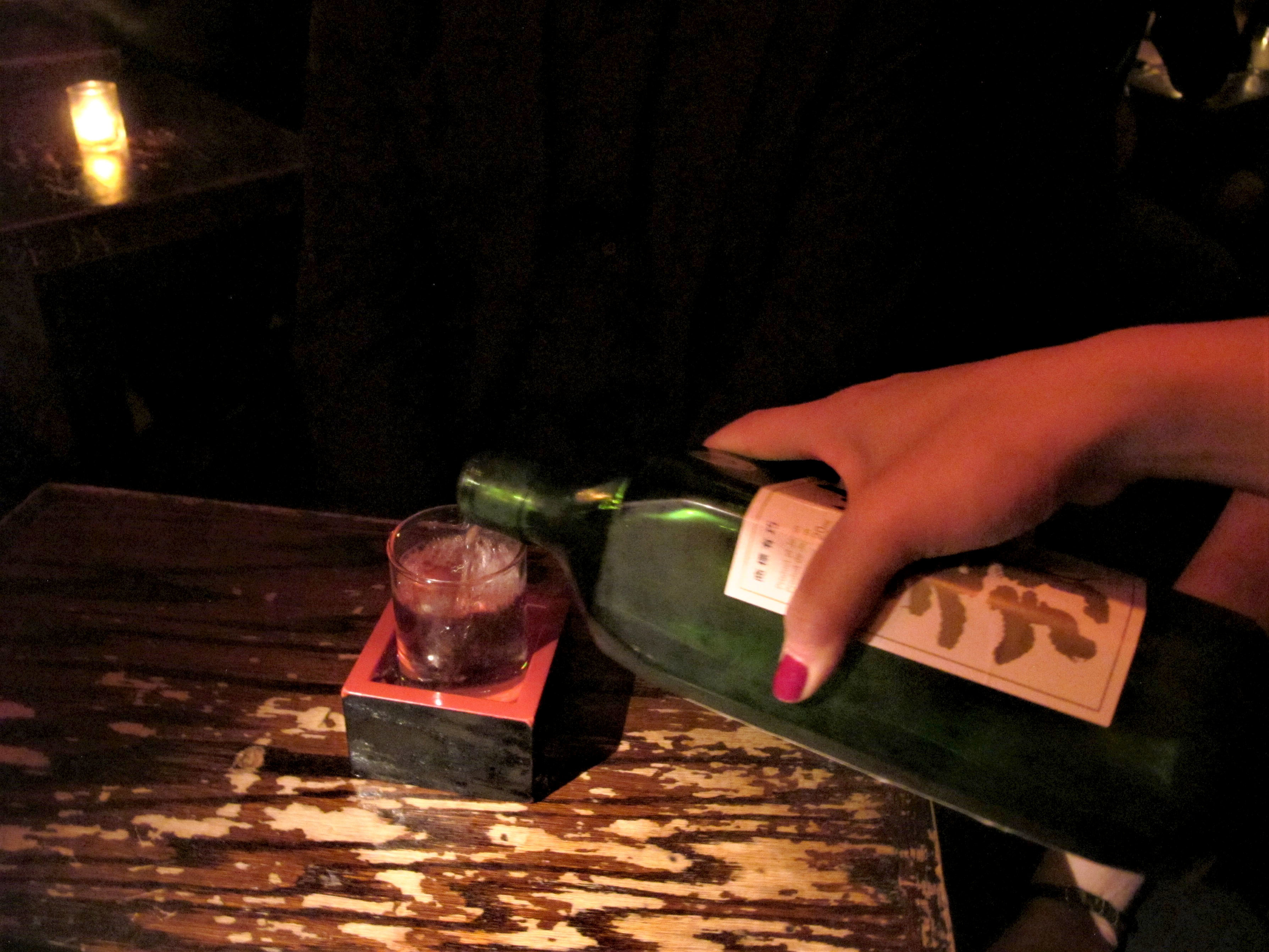 Institutional bars, restaurants, bakeries, and music clubs have vanished from New York City, but Decibel (sakebardecible.com) has held strong since the early 1990s, despite radical changes in drinking trends. This hideaway, a cultish favorite in the East Village, is located down a set of metal stairs with only a small light box sign that reads “On Air” indicating the entrance. A mashup of the neighborhood's extinct punk rock bars and Lost in Translation, the dark, intimate bar space is lit by hanging Japanese lanterns, and graffiti is scrawled on the wall and ceiling. (Feel free to contribute.) Snack on edamame, dumplings, or raw chopped octopus while you browse the menu of over 100 sakes. Each one is explained with a clever haiku-like description. (“Soft, delicate aroma and sharp,” “full-bodied sweetness with a crisp, dynamic flavor.”) A visit is an education in its own right, obliterating the myth that sake is just an afterthought served lukewarm.

A SHERRY RENAISSANCE IN NYC

In the past few years, there’ve been a lot of stereotype-shattering drink revivals—rye whiskey, for instance, pisco from Peru, and Brazillian cachaça. Also on the roster: Sherry. The Spanish wine has long been thought of as the fusty tipple of batty old aunts, but bar owners and bartenders have stepped up to set the record straight. Donostia (donostianyc.com), which sits on an unassuming street in New York’s East Village, is one of the pioneers of the sherry renaissance. The Spanish bar has a casual elegance, with a marble bar top, worn metal stools, and walls adorned with antique maps of Spain’s Basque region. The massive leather-bound menu features pages of options, giving you a chance to thoroughly explore this classic fortified wine in all its sophisticated iterations. Just be sure to come hungry. A mouth-watering array of traditional tapas, like olives, chorizo, manchego, and more olives, are on offer. And in a clever touch in keeping with the Basque theme, there’s tinned fish and other classic Spanish market staples for sale.