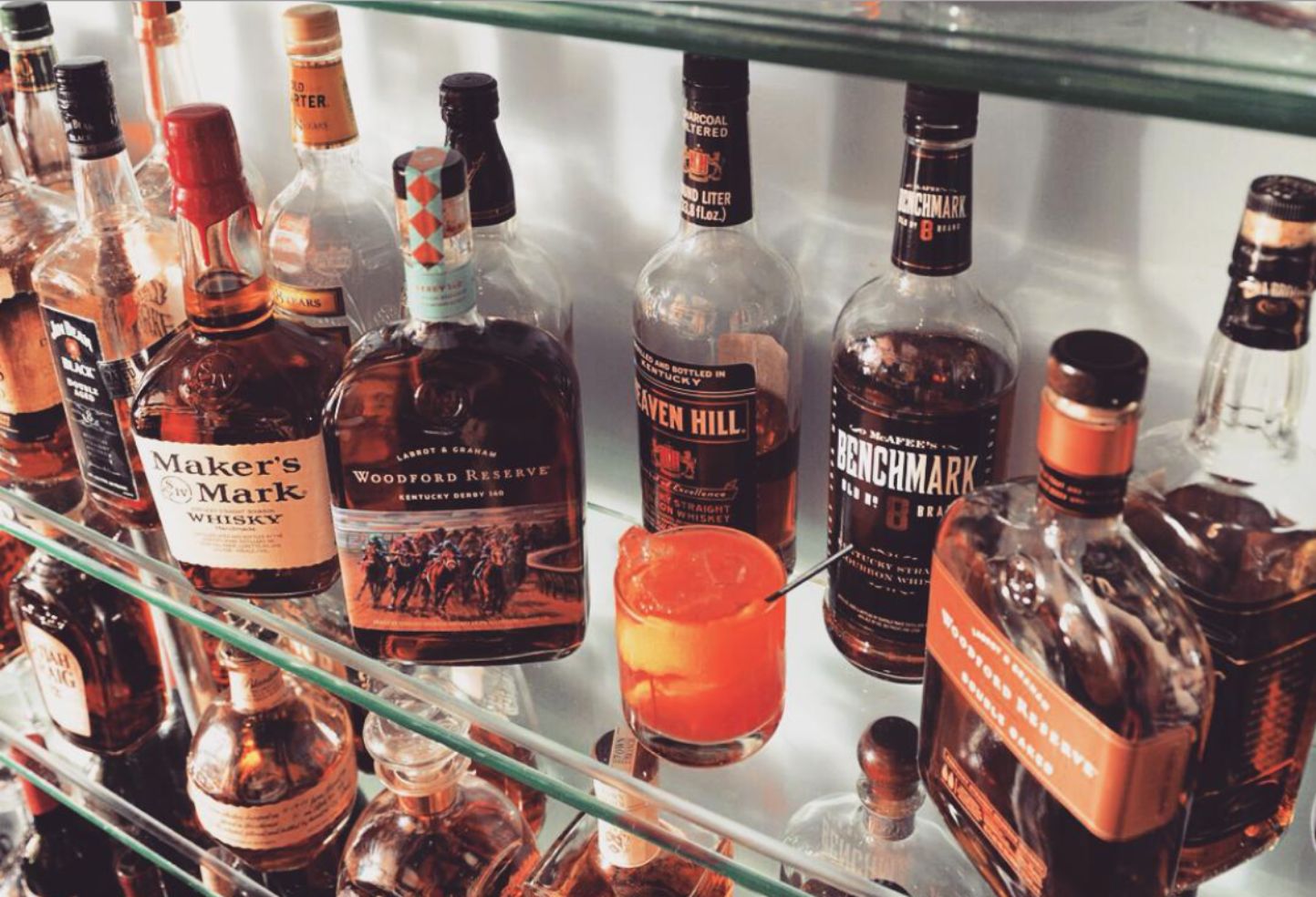 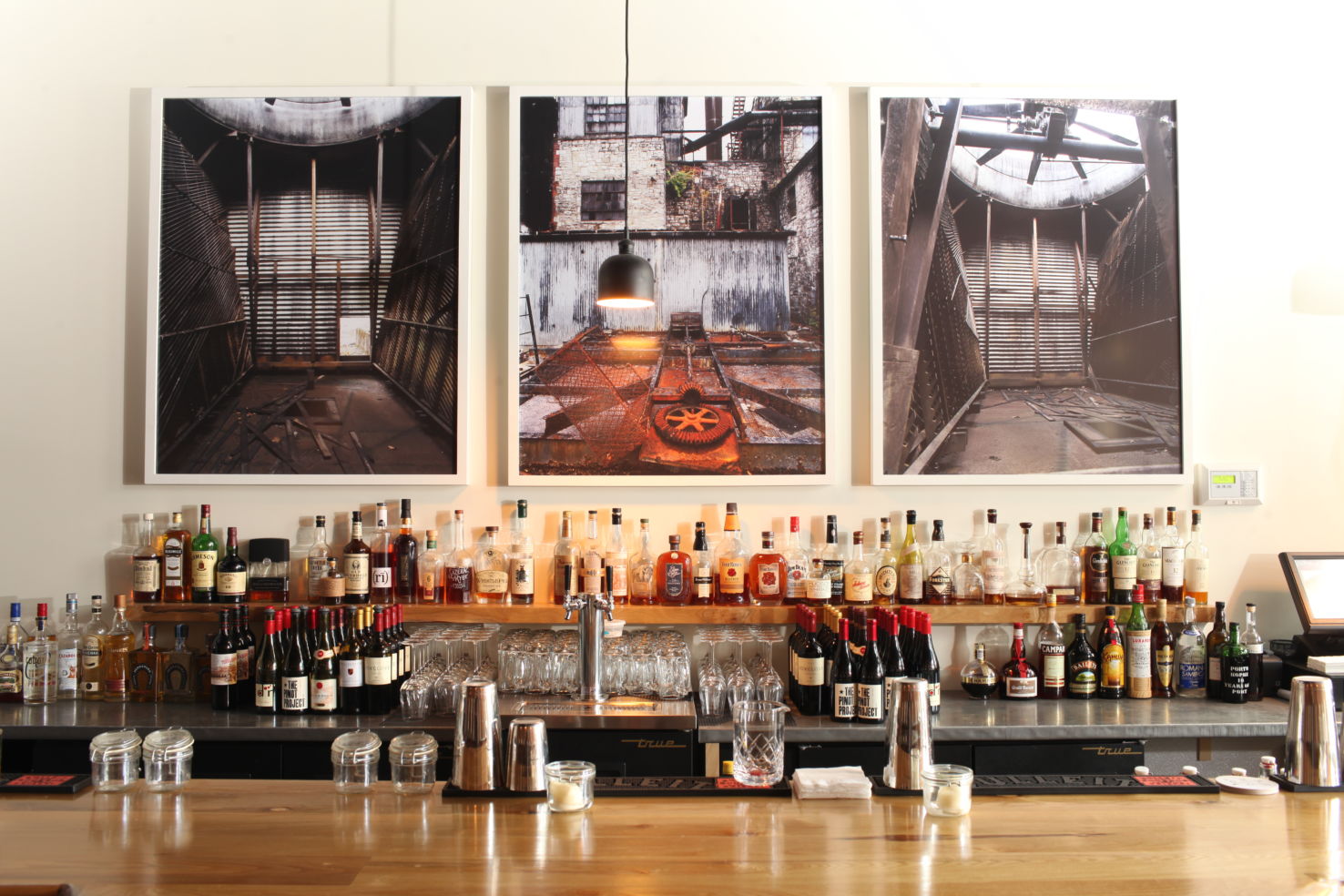 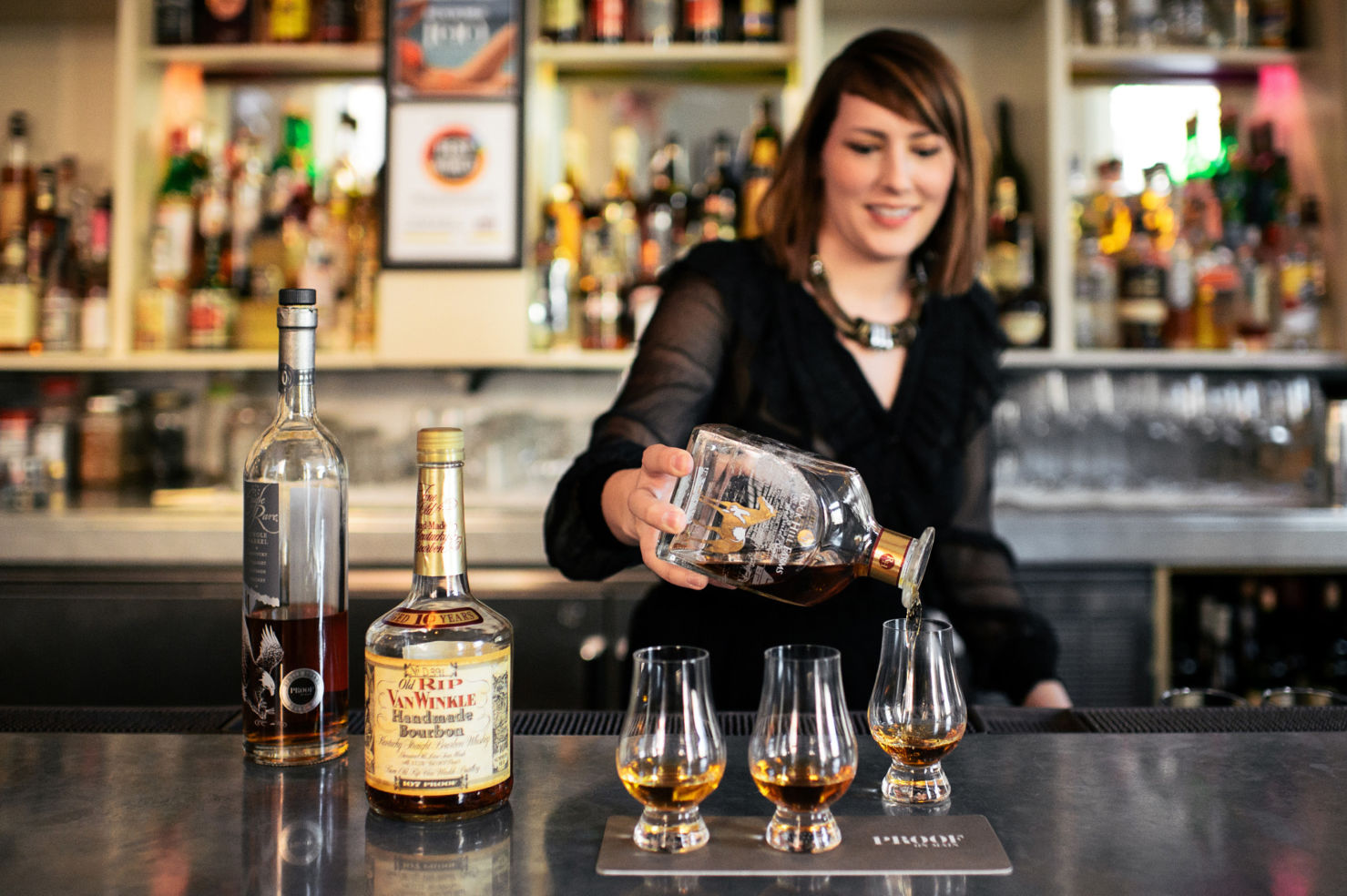 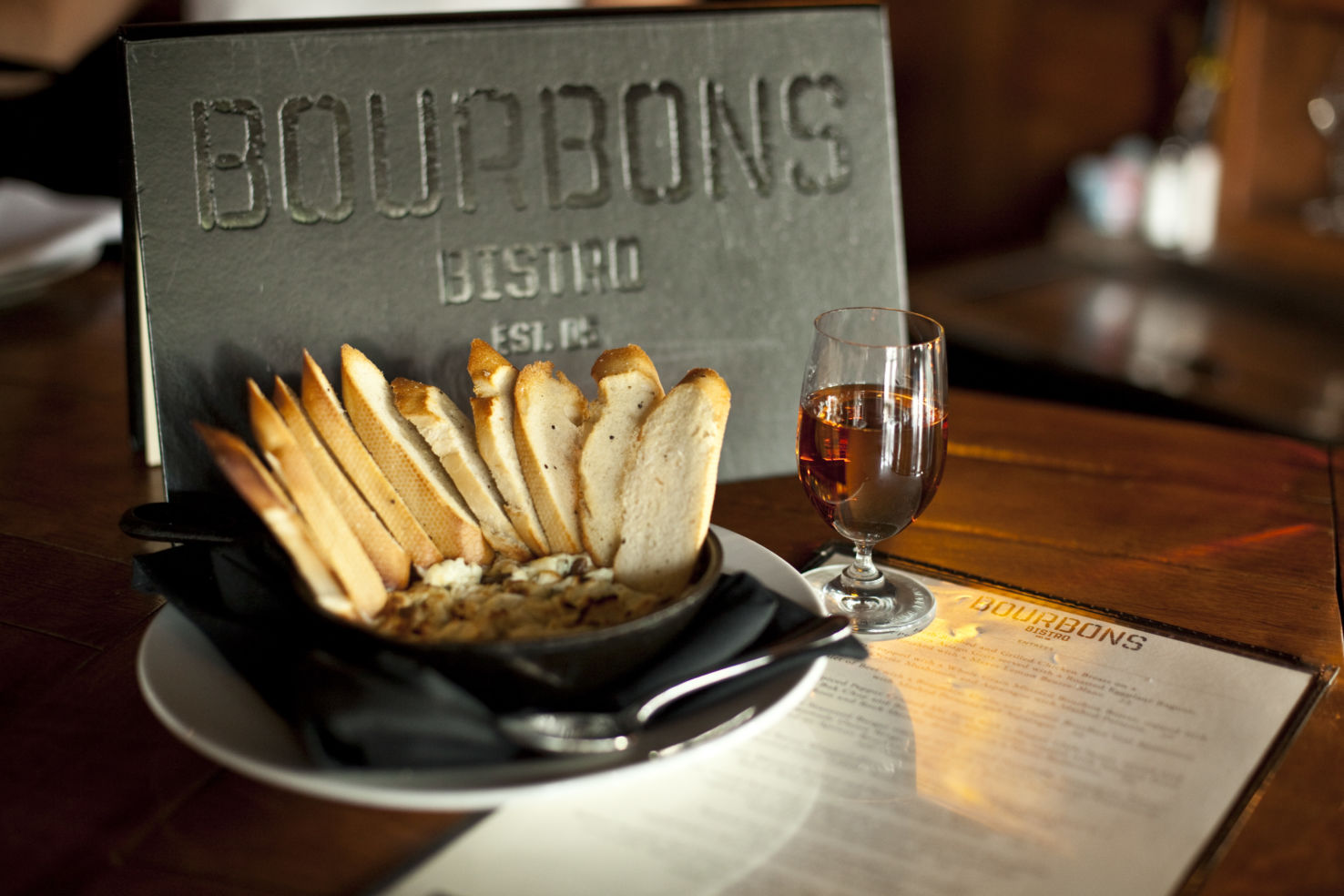 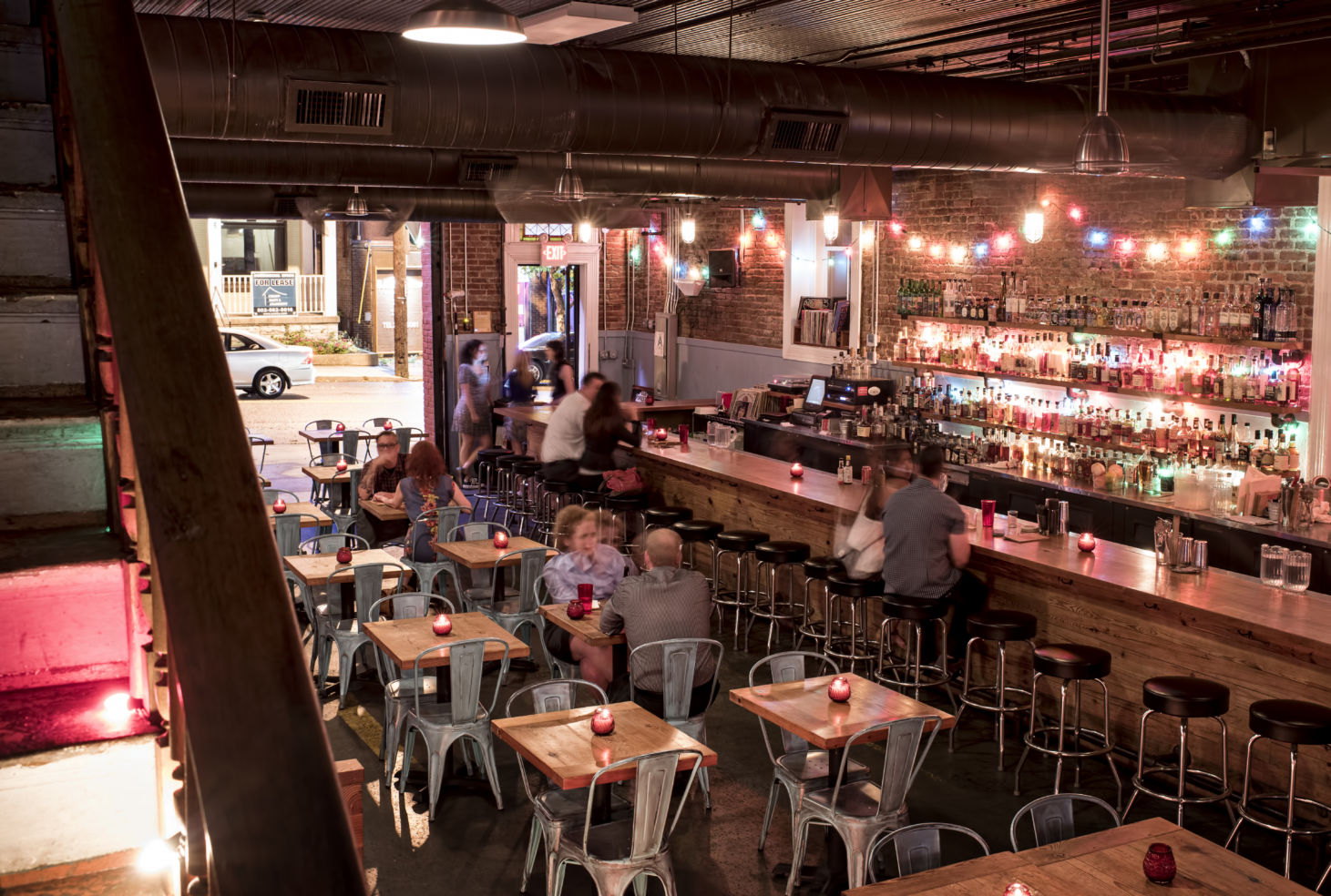 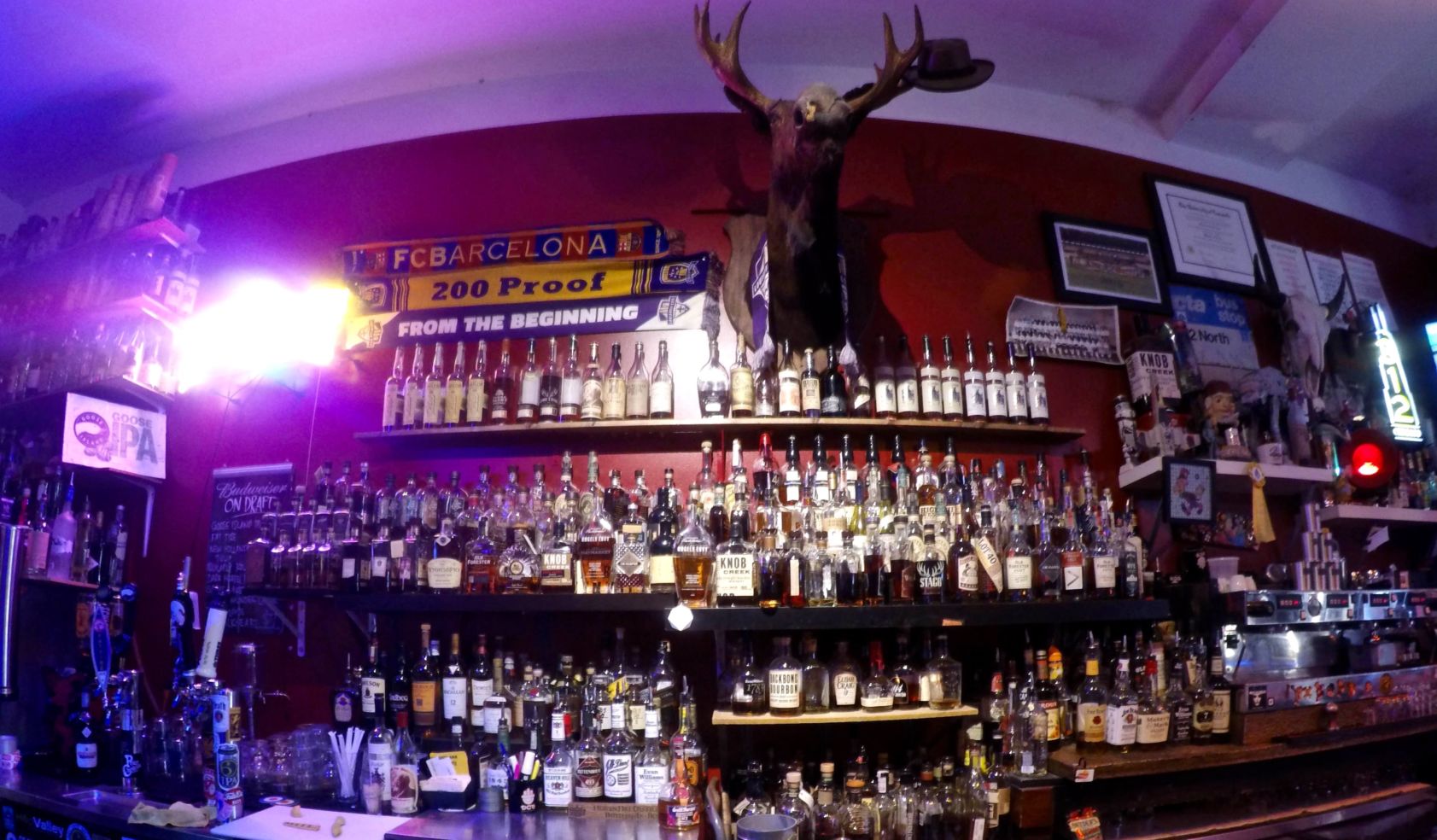 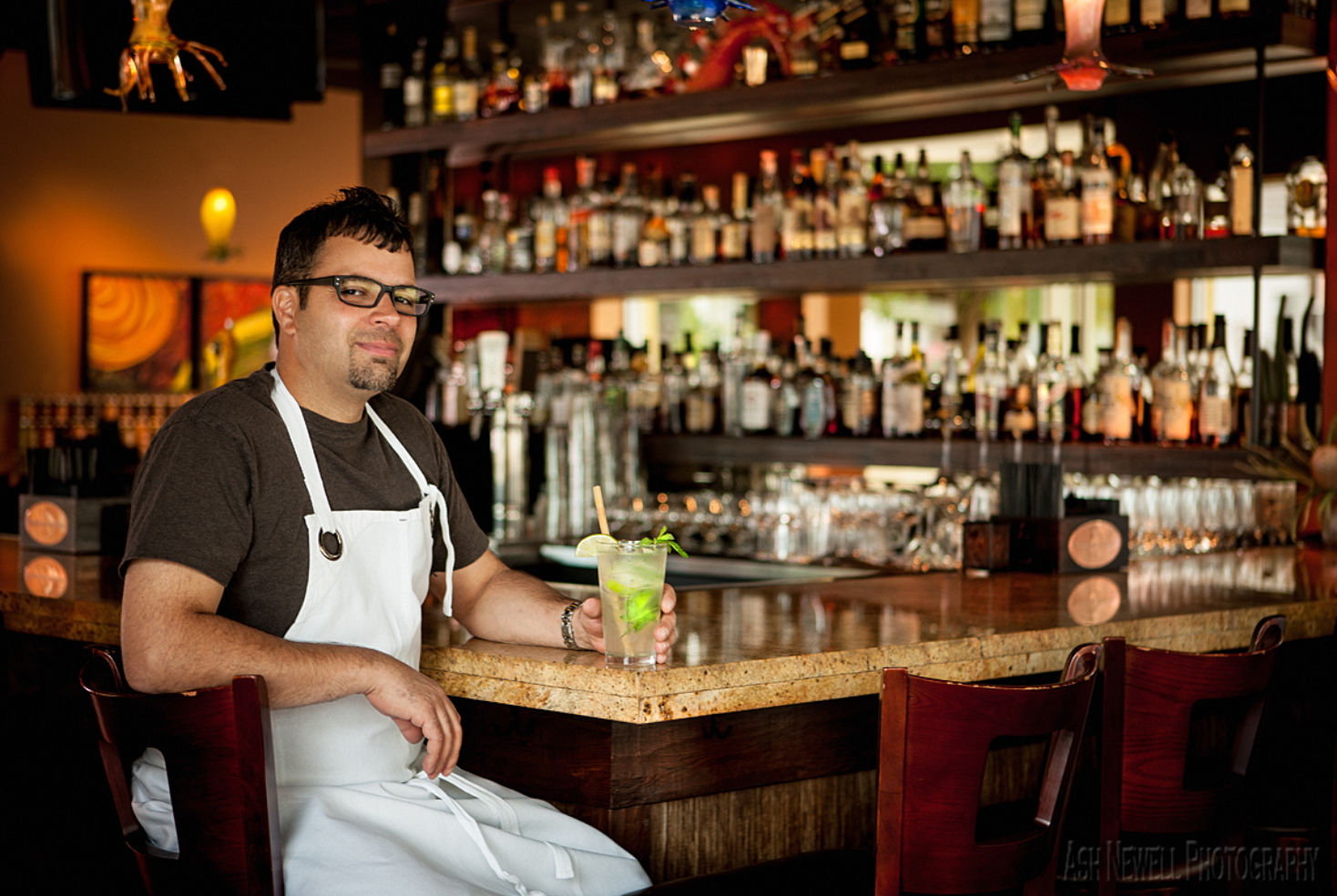 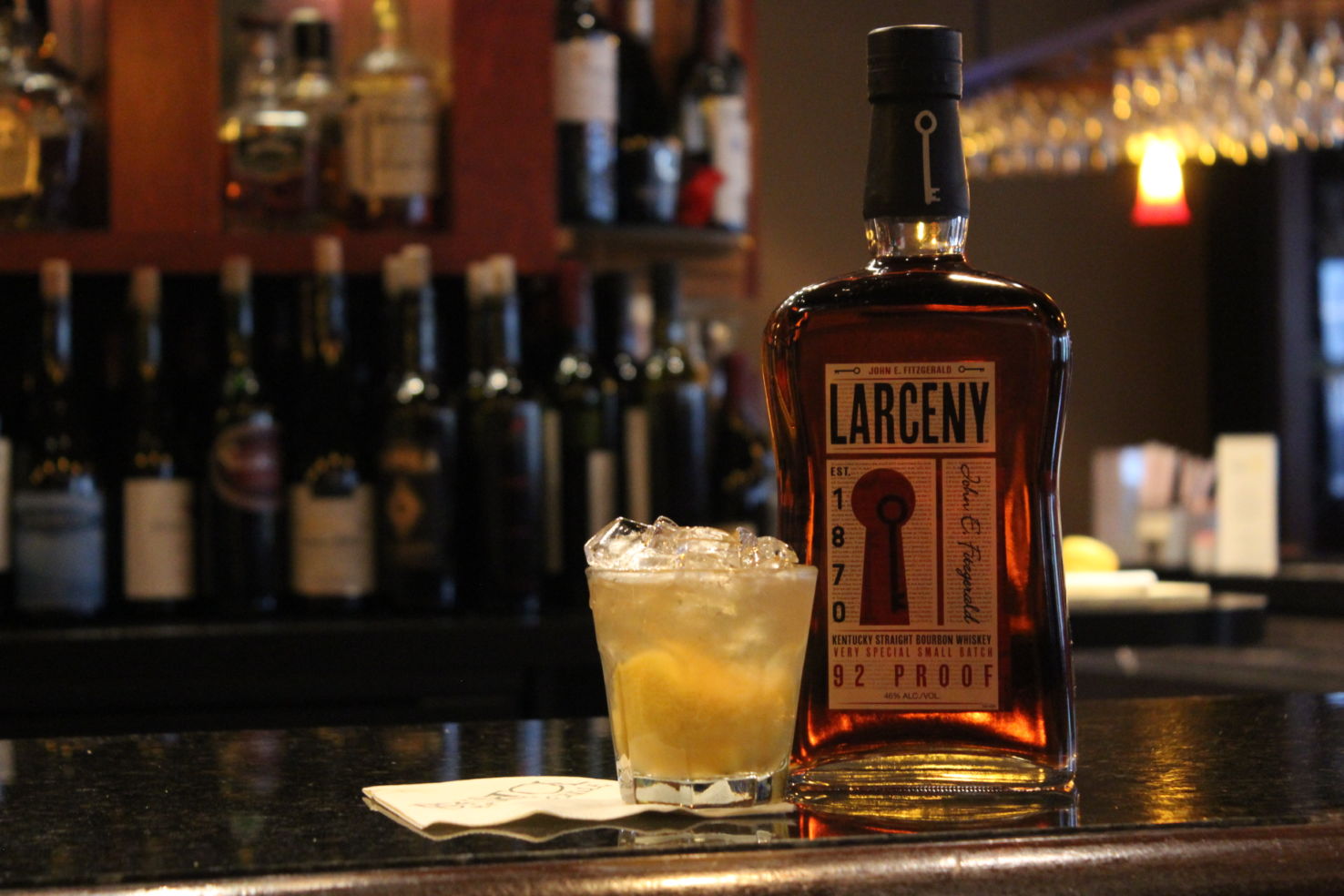 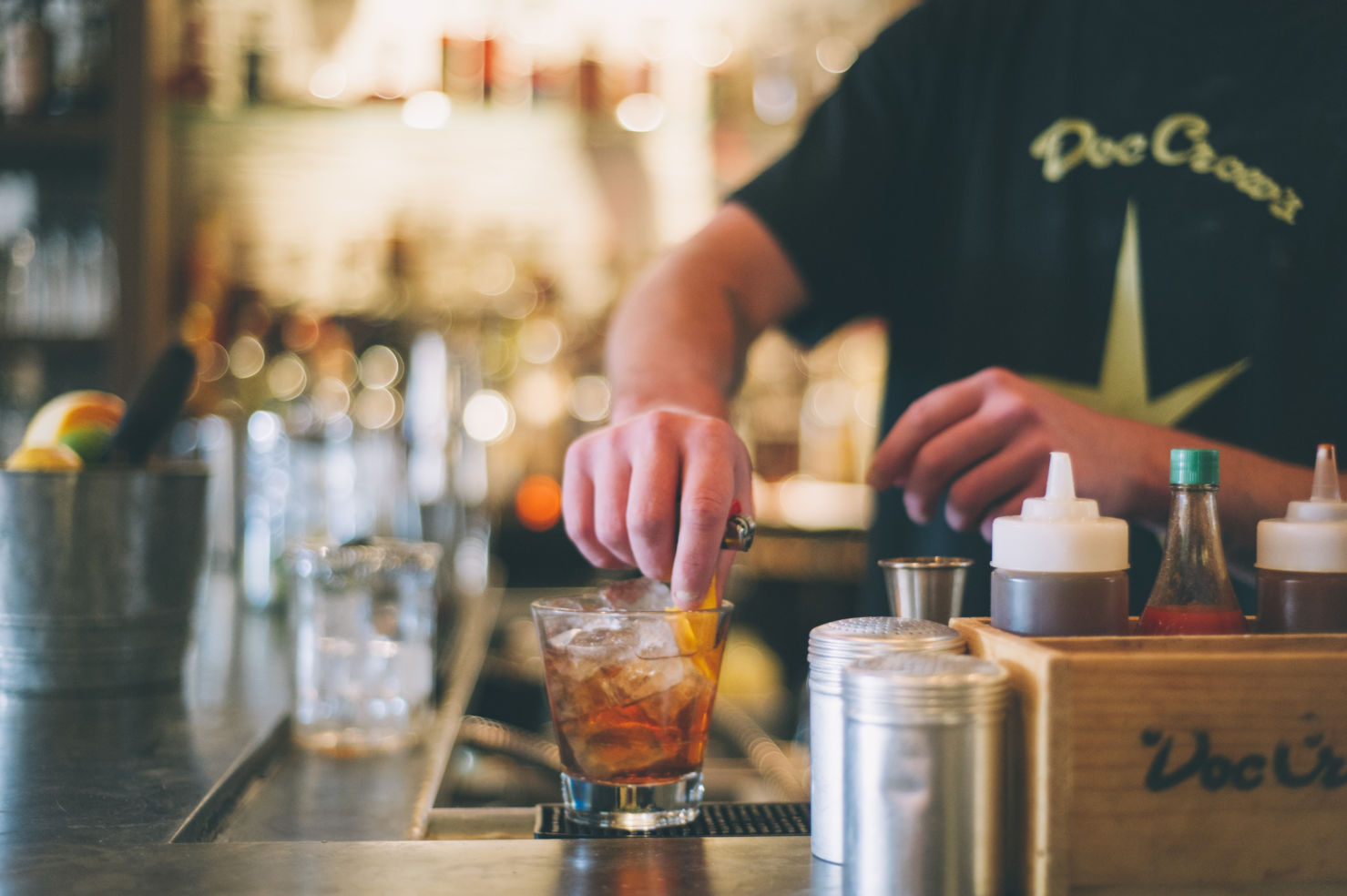 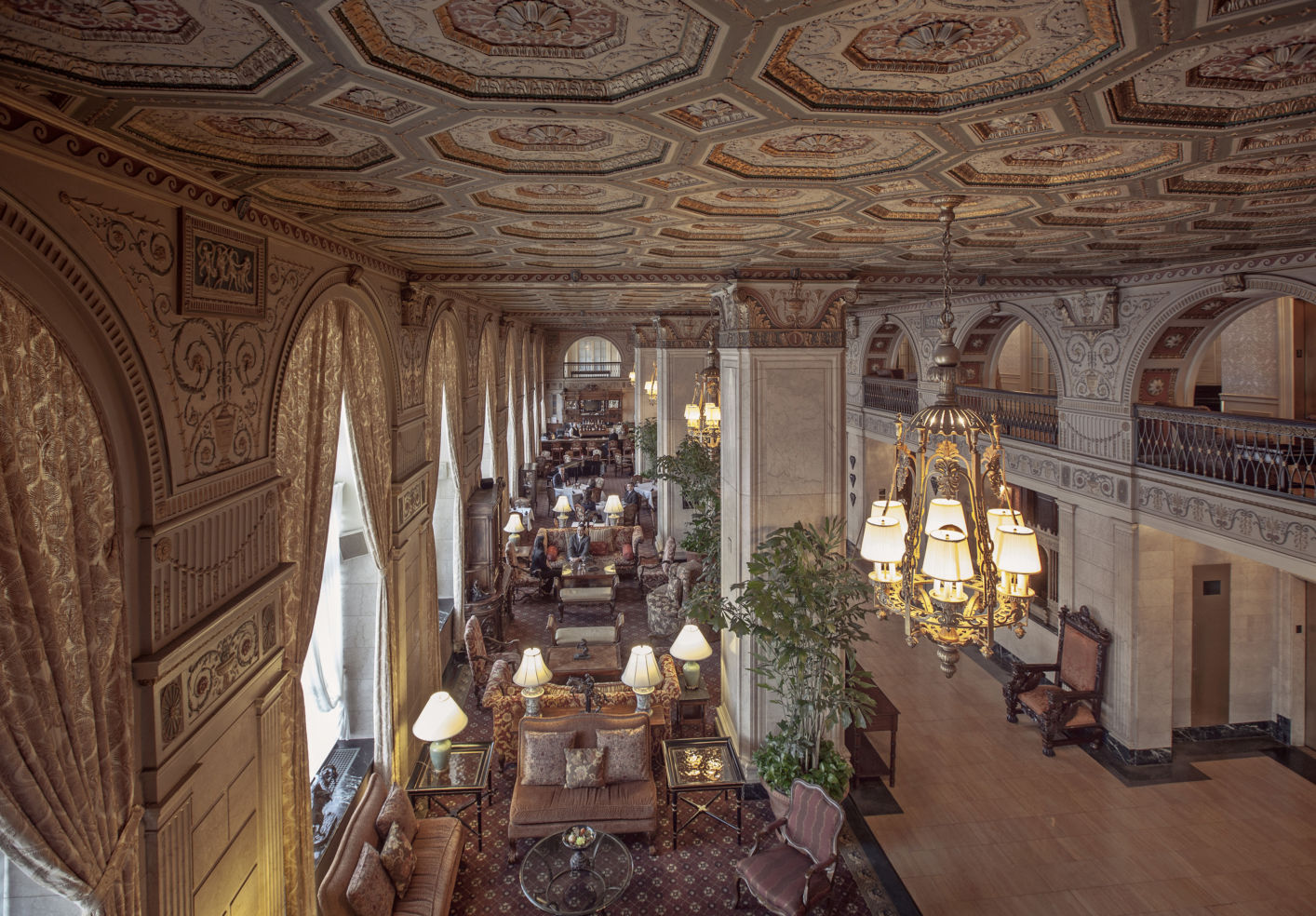 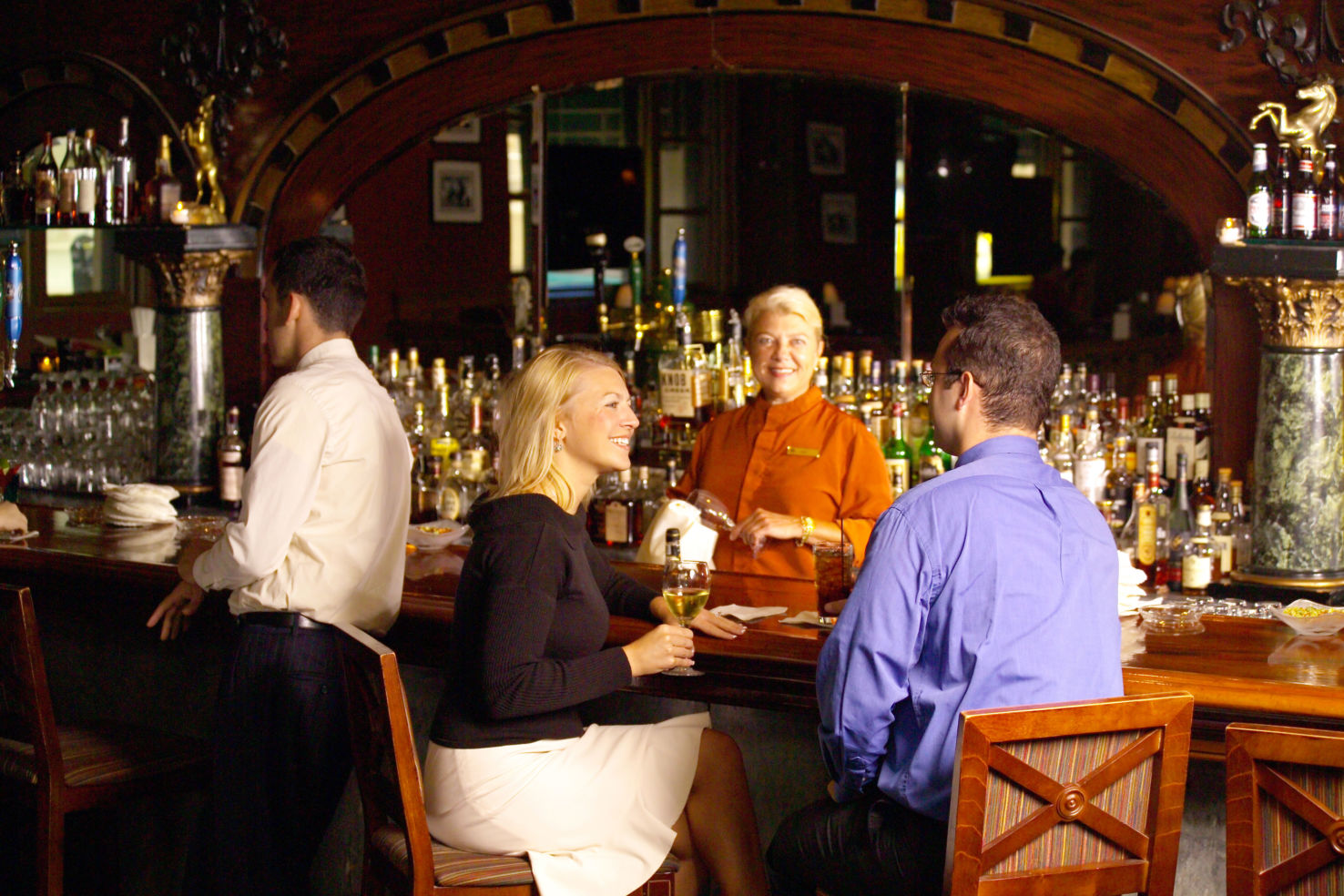 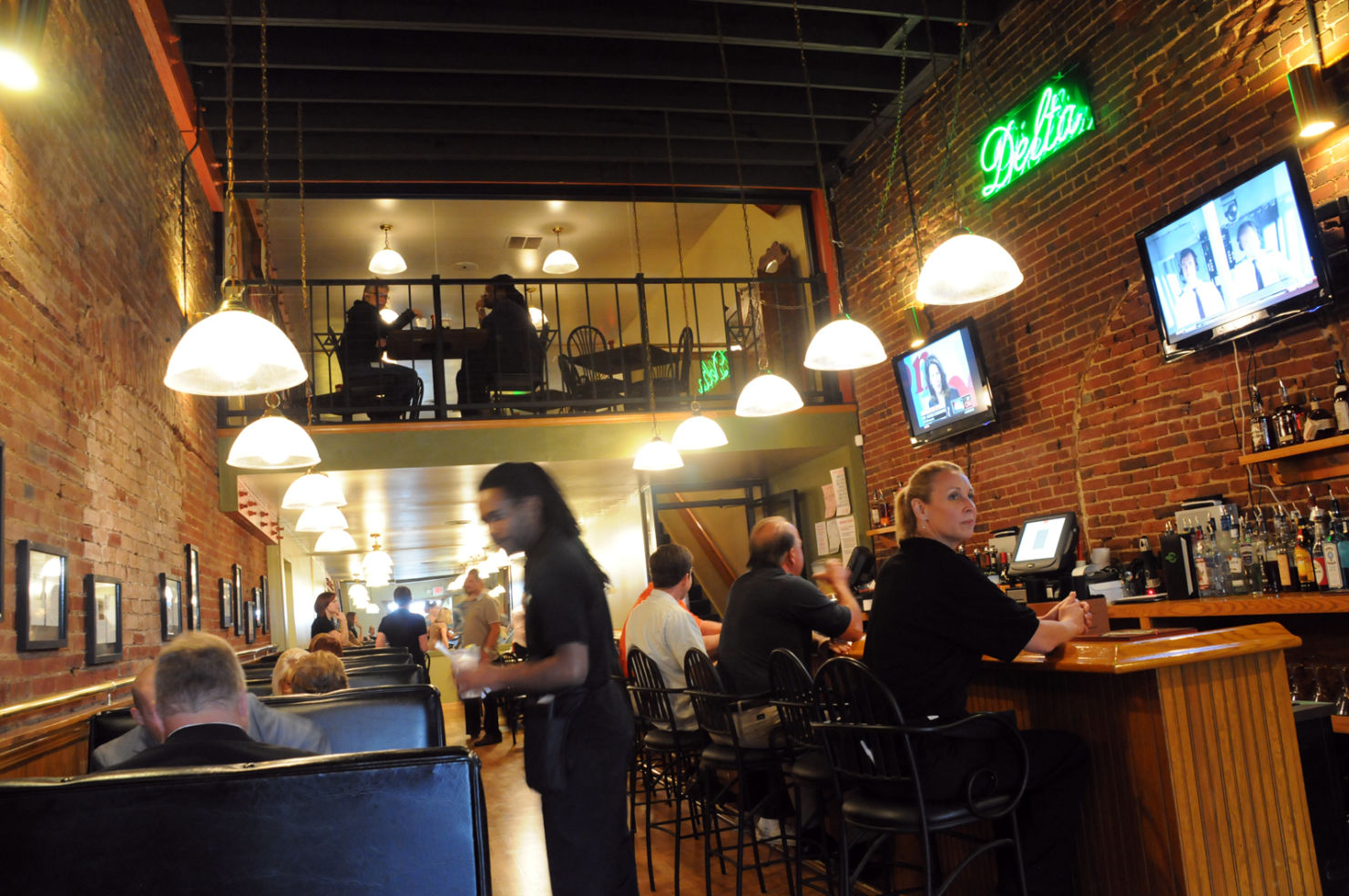 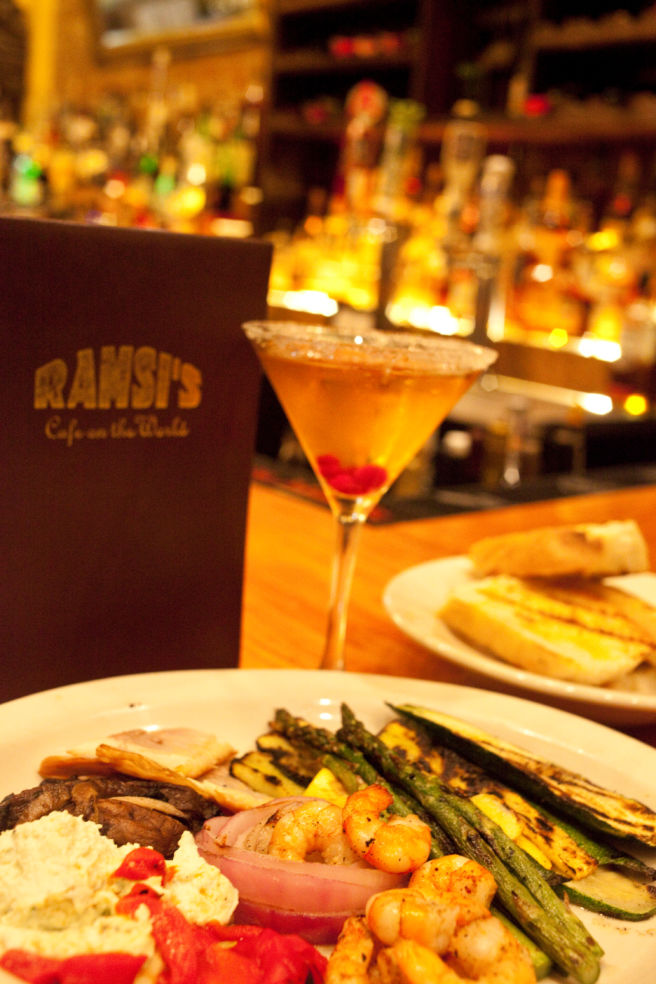 Eating and drinking "local" is all the rage throughout America these days, but when you're in Kentucky, that means something pretty special. The country's finest bourbons are distilled and aged in the Bluegrass State, so you can bet there's plenty to go around in Louisville, a vibrant destination where history meets contemporary style. In 2007, Congress established bourbon America's Native Spirit and declared September National Bourbon Heritage month. Before that, however, the legendary distilleries across the state organized the Kentucky Bourbon Trail. It hits most of the iconic distilleries and there's an app that goes along with it, making visiting the sites easier than if you tried to go it along. Seeing what now amounts hundreds of thousands of tourists hit the Bourbon Trail, Louisville bars and restaurants banded together to create the Urban Bourbon Trail, which gives visitors a roadmap to some of the city's--if not the country's--most excellent whiskey bars. It began with five Downtown bars and restaurants in 2008 and has since expanded to over 30. To be a member of the Urban Bourbon Trail, a venue has to have at least 50 bourbons on offer (some have up to 150), offer sampling flights, and employ a staff specially trained in the ways of American whiskey. As far as what kind of food is prepared or what's on the cocktail menu, that's all up for grabs. And as you can see, a tour through the urban bourbon trail reveals that no matter what the cuisine--be it Southern or Latin or classic chophouse or nouveau American--bourbon makes a fine pairing. Before you hit the trail, pick up a "passport" at the Louisville visitors center and download the app.  Get six stamps and you can trade it in for a t-shirt and show off your accomplishment to all your friends.

With its exposed brick walls, vast windows, and minimalist furnishings, Rye on Market resembles the stylish nouveau bistros that line the streets of Brooklyn or San Francisco. The excellent American whiskey selection here is best enjoyed in a cocktail, all of which are made with fresh-squeezed juices and house syrups. The imaginative bartenders will create a drink for you based on your flavor specifications. Make this a dinner stop. The kitchen turns out inventive seasonal fare using ingredients from local farmers. Charcuterie, cheese boards and flatbreads are always solid options.

Proof on Main is located in the 21C Hotel, famously known as a “Museum Hotel,” and the ultra-funky modern art casually arranged throughout the spacious, relaxed bar makes it feel more like London or Tokyo than the Bluegrass State. The massive bourbon selection here includes several hand-selected barrels from nearby distilleries, and the bartenders do a masterful job with original cocktails using whimsical ingredients like lapsang souchang tea and fig syrup. Bites run the gamut from nibbles, like olives and cheese plates, to bison burgers and charred octopus. This was one of the five original stops when the Urban Bourbon Trail launched.

Though it’s only been opened since 2005, Bourbons Bistro is one of the more old-timey saloon-esque stops along the Urban Bourbon Trail, what with its dim lighting and grand dark wood bar and furniture. The wall of whiskey is a sight to behold, with shelves of spirits stretching nearly up to the ceiling. Among the hundreds of bottles on offer here are many old, rare bottles. Meals veer more towards regional traditional fare, from steak frites to braised short rib to masa cakes. And, as you might guess, the bourbon bread pudding is not to be missed.

The Silver Dollar, located in an old fire station, pays homage to very specific time and place: Bakersfield, California, circa 1950. It was at that time when a honky tonk vibe pervaded. The Dust Bowl migration had forced workers west to settle in this San Joaquin Valley town. It was there that food and music traditions blended--the midwesterners' love of Nashville pop fused with the strumming rhythms of Mexican conjunto music, resulting in the Bakersfield Sound that locals like Buck Owens made famous. Southern regional cuisine took on a spicy Mexican kick. All of that is honored at this laid back Louisville cantina, where there's an ample tequila selection alongside the bourbon offerings and the kitchen whips up southern specialties like chicken and waffles and breaded catfish. And, of course, plenty of good old-fashioned, thigh-slappin’ Bakersfield Sound tunes spun on the record player behind the bar.

As you can tell by now, many of the bars along the Urban Bourbon Trail, especially the five founding establishments, have an air of refinement and heritage. Haymarket Whiskey Bar, which, having opened in 2012 is one of the newer bars on the UBT's map, is the antidote to that. Billing itself as a punk rock whiskey bar, there's an old-school jukebox in the corner, arcade games, live music performances in the back room, and a huge bourbon collection. Owner Matt Landan is a tried and true whiskey geek and collector, so you'll spot plenty of tough-to-find labels and private bottlings here. Haymarket also houses a bottle shop where you can grab whiskey and craft beer for later.

Latin fare is represented along the Urban Bourbon Trail in hyper-creative style thanks to Chef Anthony Llamas, who opened Seviche in 2005 and has been a James Beard Award finalist many times since then. To design his menu, he pulls from his Mexican and Puerto Rican heritage and spikes it with local flare (see: Kentucky bison empanadas, pimento cheese tostadas, seviche galore). Sustainability guidelines are the name of the game here. While seasons dictate menu changes in the kitchen, local bounty rules the bar, and when you're in Louisville, "local" means bourbon.

Bristol Bar & Grille is the most blatant evidence of how bourbon, once the drink of choice among cowboys and hobos, has become a status symbol. It's a bit more elegant than other UBT venues. (Think: classic New York steakhouse.) The menu blends chophouse standards with elevated renditions of Southern fare. The bar employs certified Bourbon Whiskey Stewards (yes, that's a thing) to guide you through your whiskey education. Take note: the restaurant has four Louisville locations, but only the Downtown outpost is part of the Trail.

When it comes to defining what food goes best with bourbon, classicists might argue that good old-fashioned, dig-your-fingers-in southern grub is the only way to go. Along the Urban Bourbon Trail, you can find that hearty fare at Doc Crow's, which will please BBQ aficionados with its offerings of distinct 'cue styles and house-cured meats. There's a raw bar, too. It's located on Whiskey Row, a boulevard that was lined with distilleries before Prohibition and is now being rejuvenated thanks to large whiskey companies opening satellite visitor centers along the strip.

The Brown Hotel was built in 1923 and hanging out in the grand Lobby Bar, with its sweeping ceilings, glamorous chandeliers, and ornate furniture, is guaranteed to transport you to that era. Order an old fashioned and, if you've got an appetite, indulge in a Hot Brown, the legendary open-face pile of turkey and bacon slathered in mornay sauce, which originated here. The Lobby Bar is one of the five original members of the Urban Bourbon Trail.

The ghosts that haunt the basement of the Old Seelbach Hotel (now a Hilton), which is listed on the National Register of Historic Places, are the stuff of legend, but the stories of the hotel's posh bar being a hangout for gangsters and gilded-era socialites, as one of the inspirations for F. Scott Fitzgerald's "The Great Gasby," is very much a fact. The glamour endures in every nook and cranny of the dark wood furniture and intricate molding. While you'd be well suited to order from the excellent bourbon selection, which hovers around 100 options, consider ordering the Seelbach, a now-classic recipe of bourbon, Cointreau, bitters, and Champagne invented here nearly a century ago in 1917. A menu of refined bar bites (Caesar salad, bison sliders) is on offer.

Dish on Market is a whiskey bar dressed in diner finery. Known for its burgers, classic Southern dishes (chicken and waffles, anyone?), brunch and lively happy hour, this hip hangout has a casual vibe and serious hometown pride. There are over 70 bourbons behind the bar and a cocktail list that ranges from classic to contemporary.

For evidence of the extent of bourbon's culinary reach, a visit to Ramsi's Cafe on the World will give you plenty of food for thought. The kitchen here takes its cues from all around the planet, as evidenced from a menu that runs the gamut from fish tacos to East Indian paella to Hoisin tuna. What's the running thread through this diverse menu, you ask? The bourbon-friendly nature of the food, of course.

Throngs of people from around the world head to Kentucky each year to visit the legendary bourbon distilleries. All those whiskey tourists need places to eat! Louisville's got it covered. From historic bars to trendy eateries to traditional Southern joints, the city has a diverse range of dining options along its Urban Bourbon Trail, each of which features plenty of local whiskey.