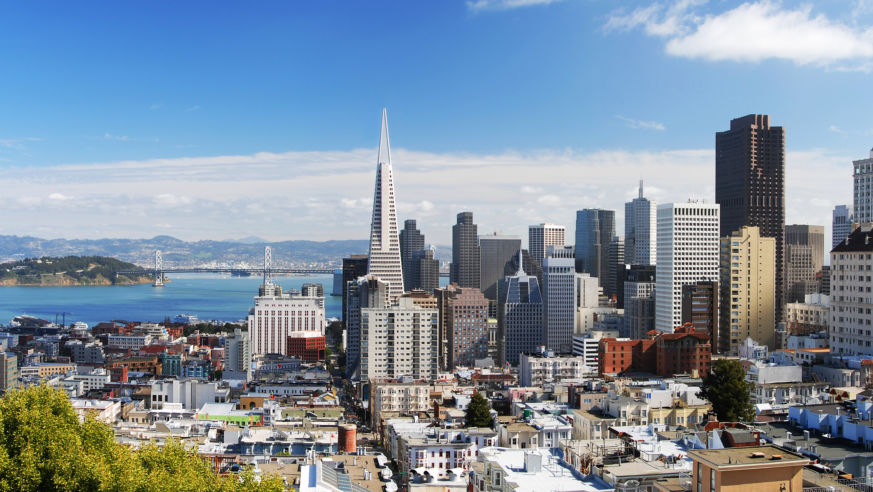 For a good time, take a few things off the agenda.

Whether you’re visiting a city for the first time or the tenth, it’s easy to find yourself scrambling to fill every moment with must-see, can’t-miss stuff. There’s a time and a place for trips like that, but once in awhile, it’s refreshing to go somewhere and just...hang out. That's how I spent a recent weekend in San Francisco, and I can’t recommend it highly enough. Here’s how I did it.

Day One: Start Off Strong. 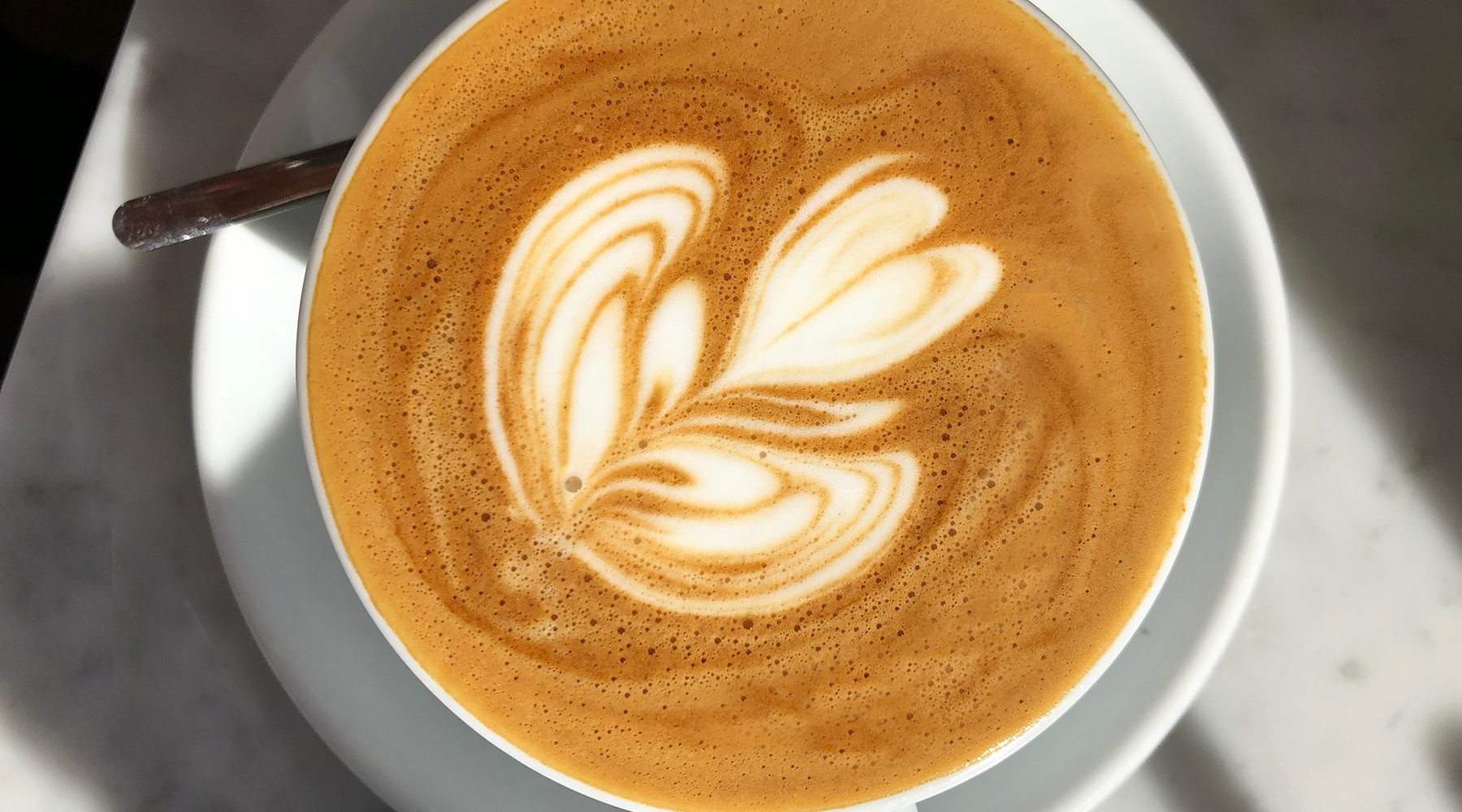 After a late arrival the night before, I was desperate for caffeine, and my friend had hopped an early flight that morning, so he was in the same boat. (We were really lucky to be staying with friends who live in NoPa, but even without our awesome hosts, I’d recommend a hotel or Airbnb away from the usual touristy zones, just like I’d recommend that visitors to New York stay somewhere other than Times Square.) We walked a few blocks to Ritual Coffee (ritualroasters.com), a white-walled, light-filled space on Haight Street, where the beans are consciously sourced, roasted on site, and turned into quality cups of brew. Sitting outside in the sun, we plotted our next move. 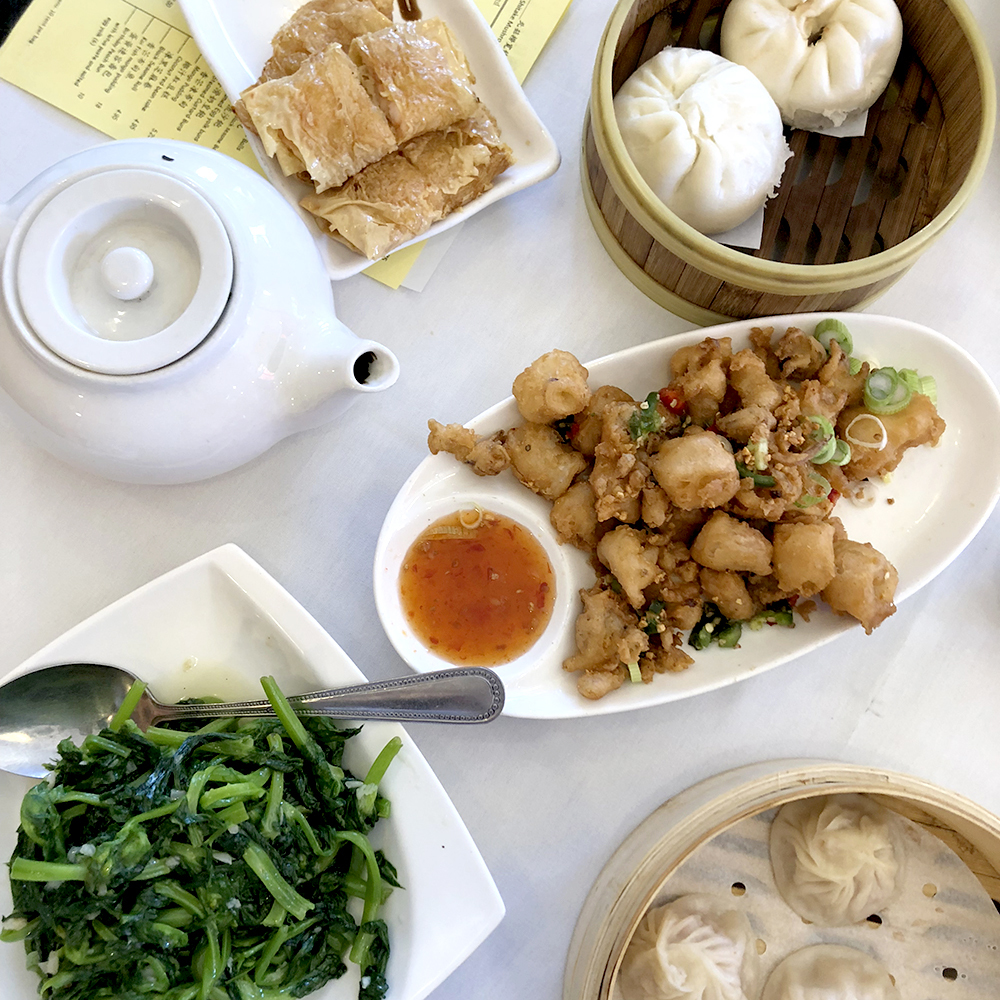 Confession time: I like to organize my time around the meals I want to eat, and I don’t go anywhere without a list of restaurants to try. Priorities! We tossed around a few ideas, settled on dim sum, and made our way over to Hong Kong Lounge II (hongkonglounge2.com) in Laurel Heights. We got there just ahead of the lunch crowd, snagged a table, and stuffed ourselves silly with soup dumplings, pork buns, crispy tofu-skin rolls, pea shoots with garlic, turnip cakes, and salt and pepper calamari. (And maybe more dumplings.) 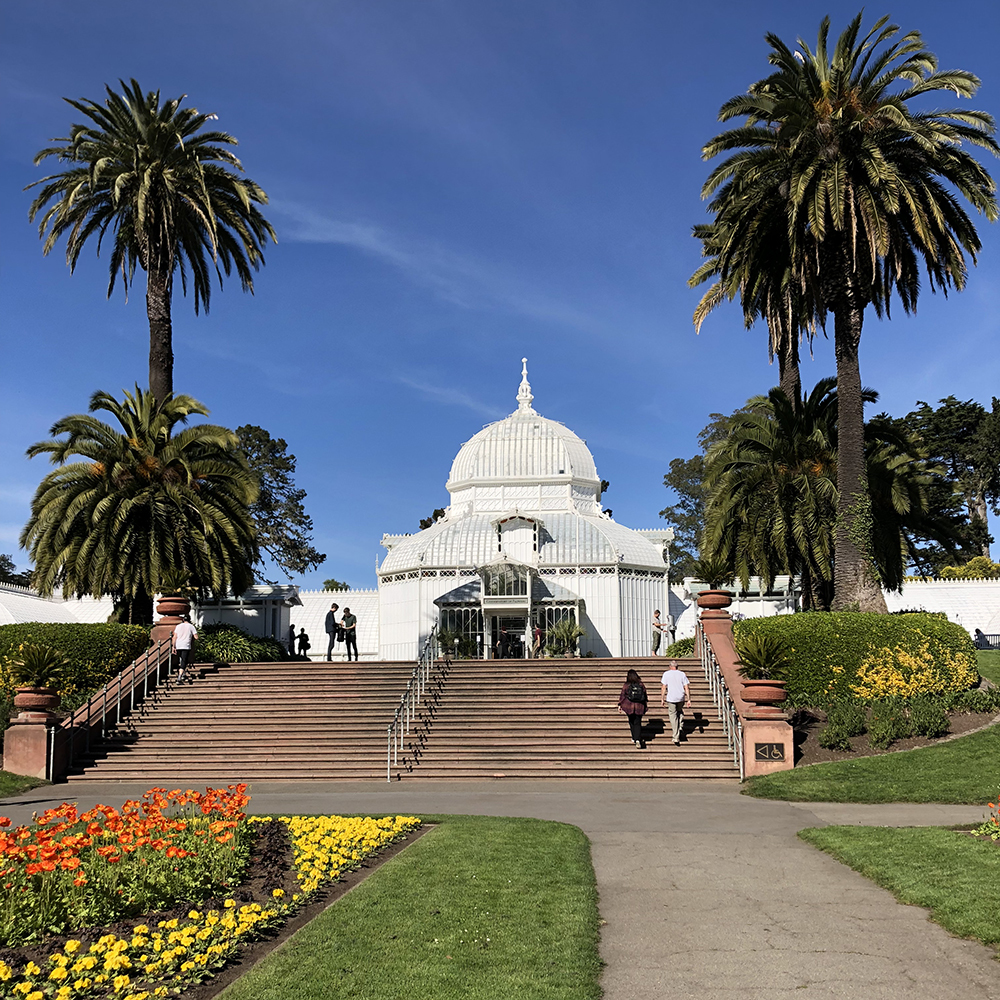 The Conservatory of Flowers at Golden Gate Park. (Maya Stanton)

After that feast, a nap would've been in order, but we opted for a long walk instead, wandering to and through Golden Gate Park (goldengatepark.com) and basking in the perfect 70-degree weather. 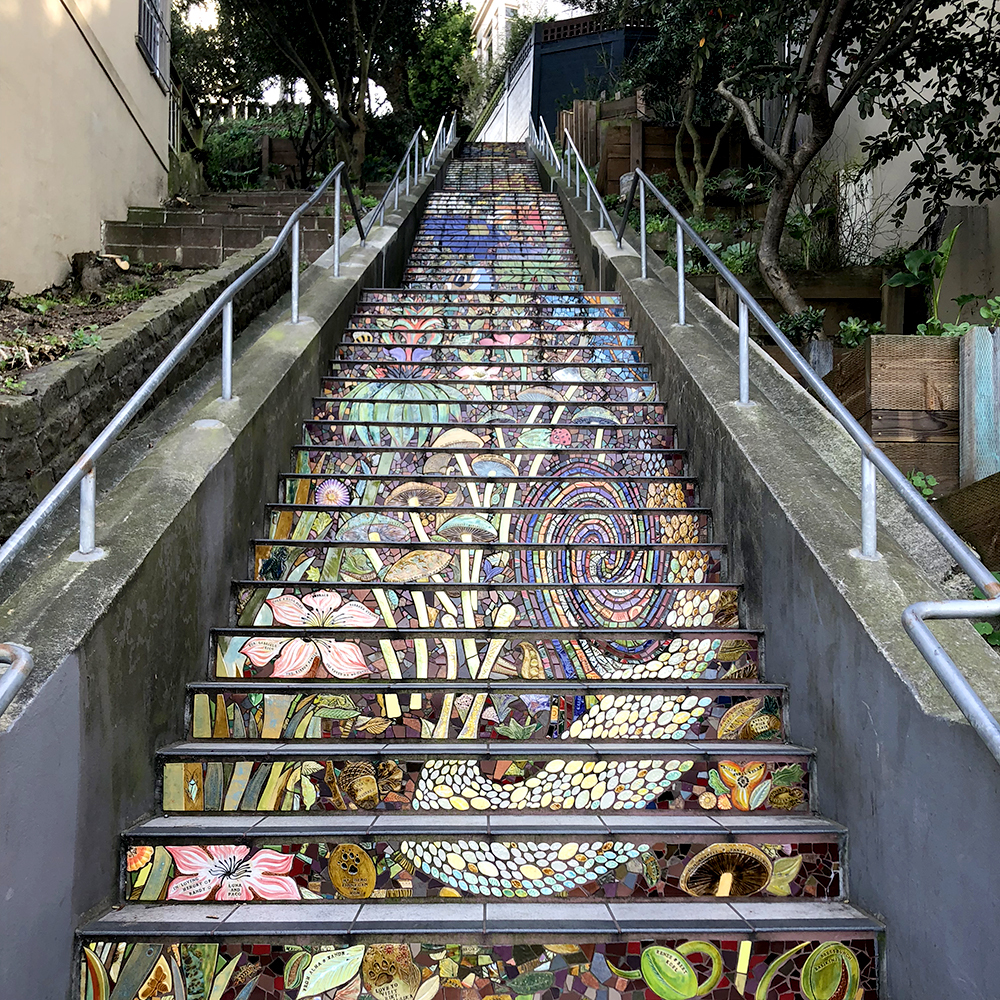 Exiting the park, we meandered toward the Inner Sunset, where we stumbled upon a set of staircases leading up toward Grandview Park. The 15th Avenue Steps were steep and plain, so we kept walking until we hit the Hidden Garden Steps (hiddengardensteps.org), which were steep and beautifully tiled, and then a little bit further, the 16th Avenue Tiled Steps (16thavenuetiledsteps.com), which were steep, with a sea to stars–themed mosaic. We opted for the last one, and it was a punishing climb, but the views from the top were worth it.

At that point, we figured we’d earned ourselves a beer, and happy hour at Finnegans Wake (finneganssf.com), a classic pub in Cole Valley, proved to be just the thing. We spent an amiable hour or so catching up over cheap cans of Founders on the shady, muraled back patio, then headed back toward home base via Haight-Ashbury, the iconic, now kinda seedy birthplace of ‘60s counterculture. 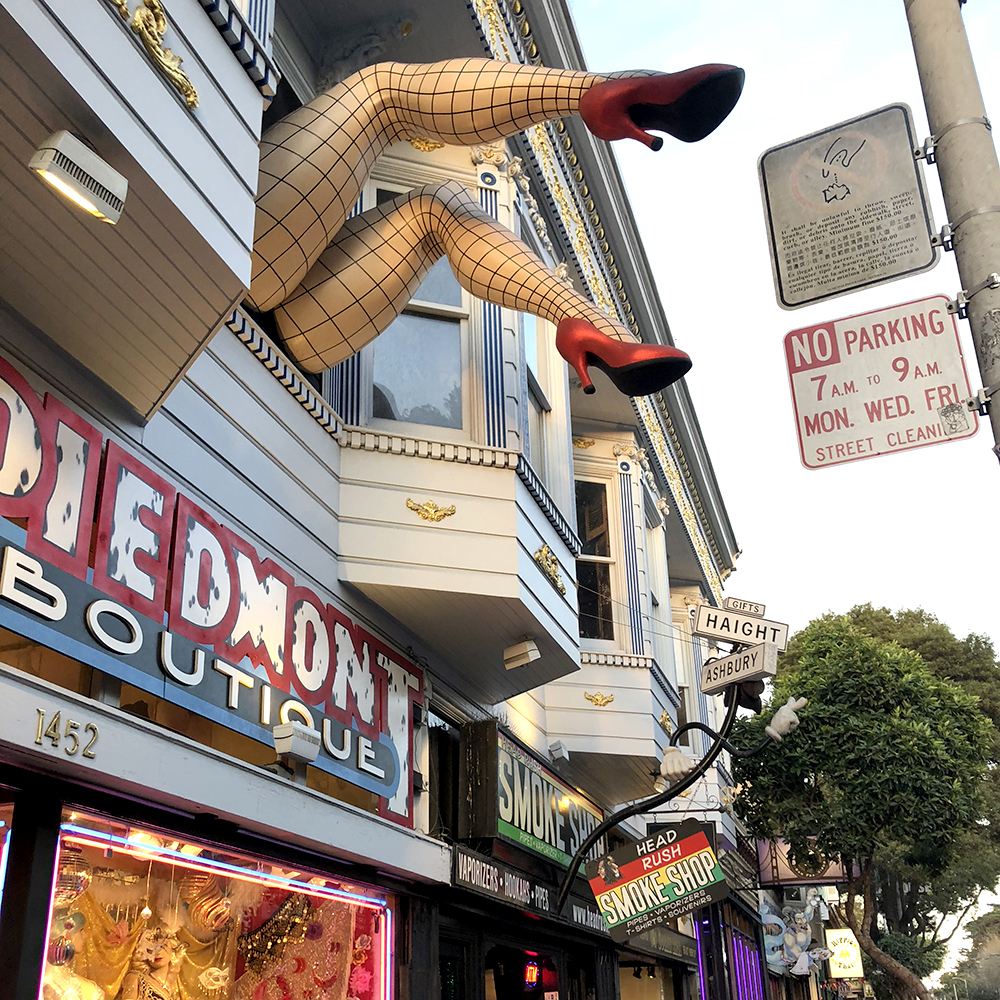 We caught up with our hosts and decided on a late dinner at Tartine Manufactory
(tartinemanufactory.com), the newish offshoot of the much-renowned Mission bakery and a carb-lovers’ paradise in its own right. The bread is the point here, and it’s amazing and a must-have—we ordered three or four rounds to go with a couple of generously proportioned salads and a few spreads, and it was the perfect way to round out our Friday. 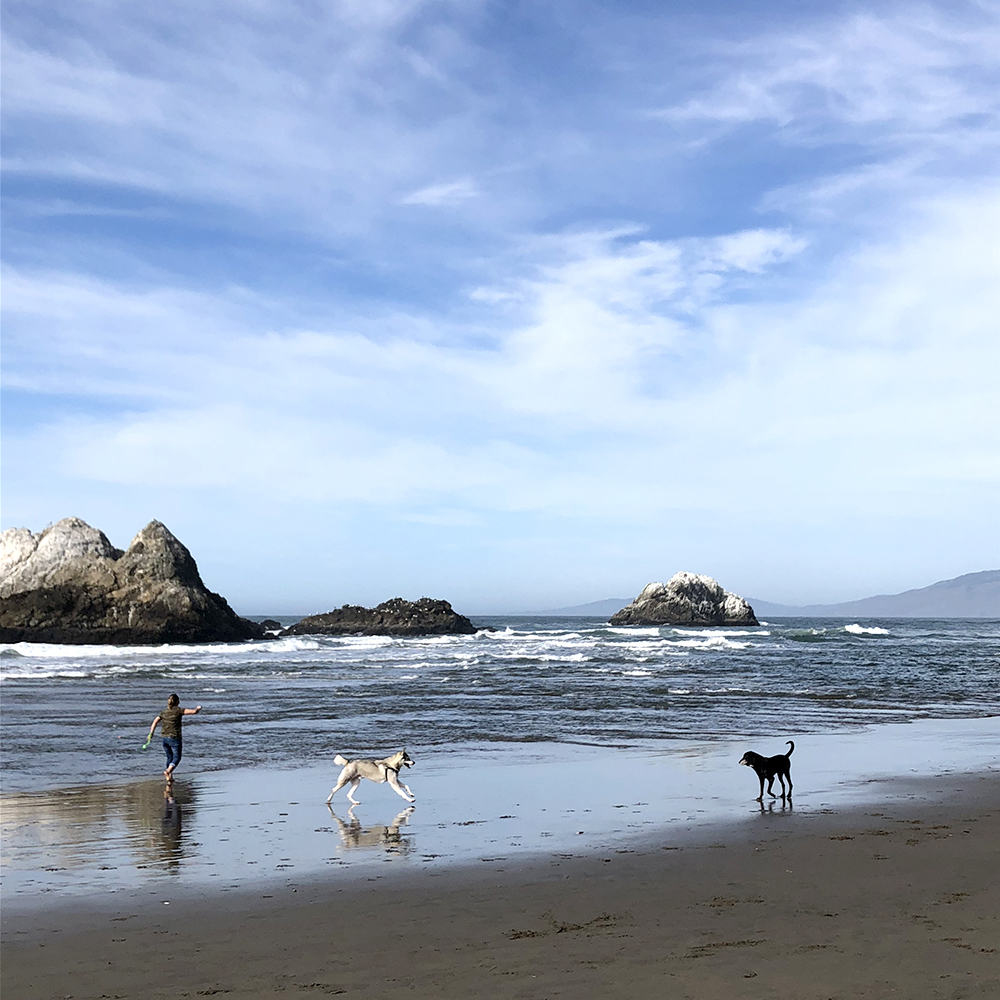 After logging nearly 22,000 steps the day before, we had something a little more relaxing in mind for Saturday: The weather was perfect, once again, and the beach beckoned. We made a quick stop at Trouble Coffee Co. (trouble.coffee), the tiny storefront that originated the $4 toast craze, then rolled down to Ocean Beach. Under clear blue skies, surrounded by happy, playful pups and pick-up games of football and ultimate frisbee, we strolled by the water’s edge, watched the surfers, and gave thanks for cheap airfare. 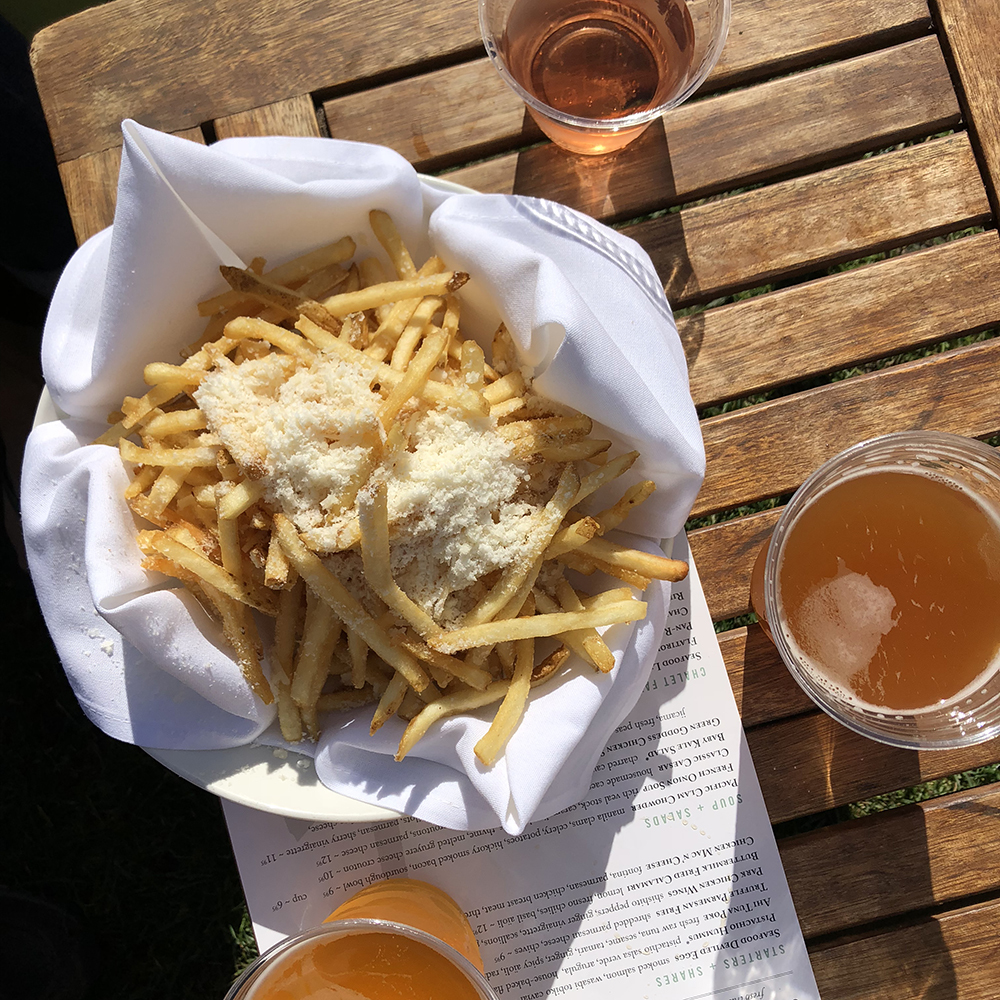 Then it was time for lunch, and we didn’t have far to go. Just across the road from the beach is Park Chalet (parkchalet.com), a beer garden in Golden Gate Park that’s tailor-made for sunny afternoons, with low tables and Adirondack-style plastic chairs sprawled across the lawn for optimal lounging. It took a few minutes of hovering and scoping out the scene—families with babies and dogs, groups of friends downing pints and eating bread bowls brimming with clam chowder—before we could find a table, but once we got one, we settled in for the long haul for burgers, salads, and baskets of parmesan-truffle fries. Next time, I'd order the fish tacos, but other than that, I wouldn't change a thing.

On our way out of the park, we stopped for a quick peek at the Queen Wilhelmina Tulip Garden and its authentic Dutch windmill, donated to the city in 1902, then swung by the Sunday Roller Disco Party at Skatin' Place (cora.org/skatinplace.htm), where skaters of all stripes get down to DJ-spun dance tunes.

Despite not doing much of anything all day, those hours in the sun wore us out, so we opted for dinner delivery and camped out on the couch to watch the Olympics in comfy pants. Another super-strenuous, successful day, in the books. 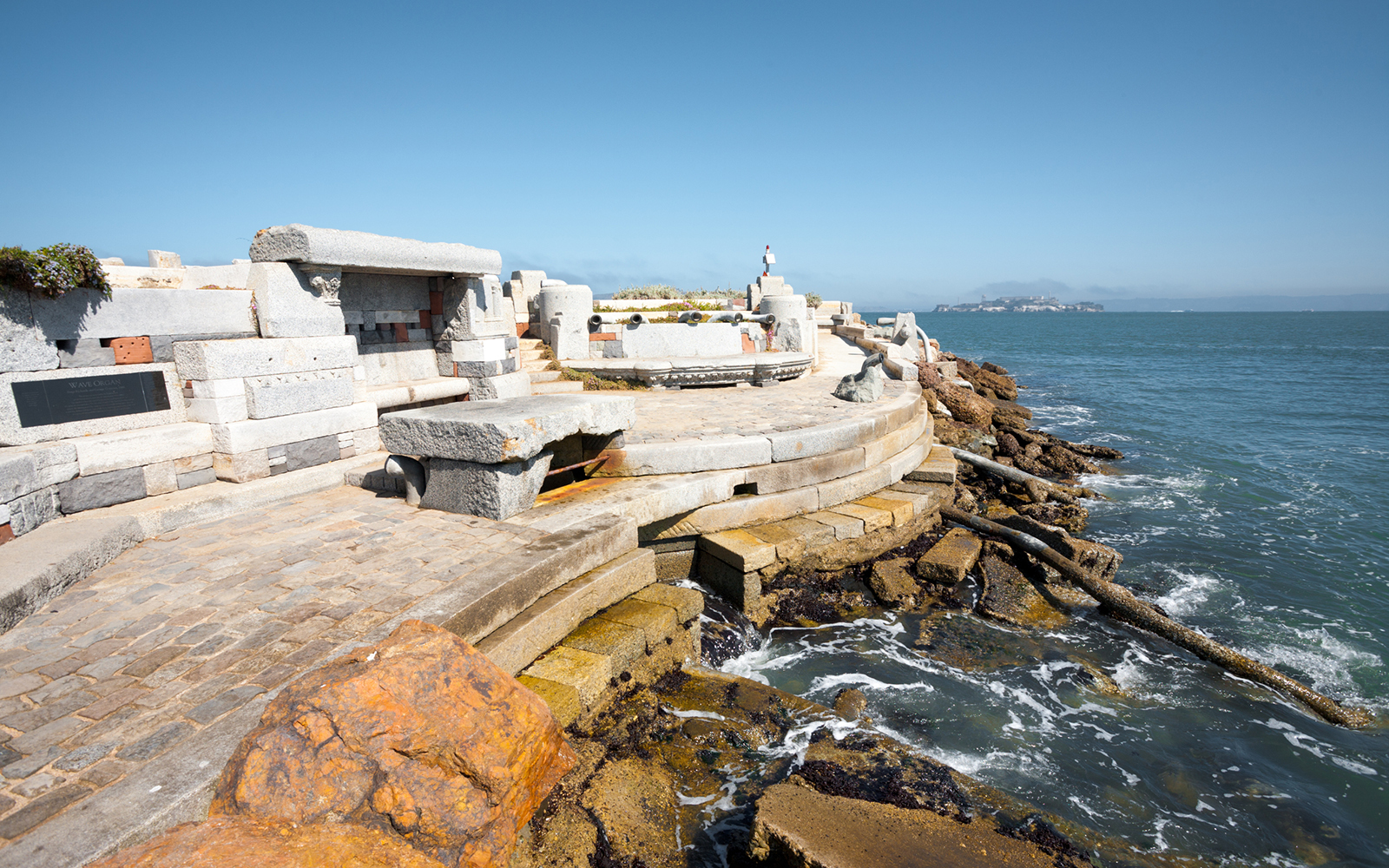 With my mid-afternoon flight fast approaching, there wasn’t much time on Sunday, but we managed to squeeze in a bit of fun before takeoff. First stop: Wave Organ (exploratorium.edu/visit/wave-organ), an acoustic sculpture on a jetty in San Francisco Bay that channels the flow of water through a network of PVC and concrete pipes to subtle, musical effect. (We missed high tide, which is when it's at its best; make sure you check those times before you go.) 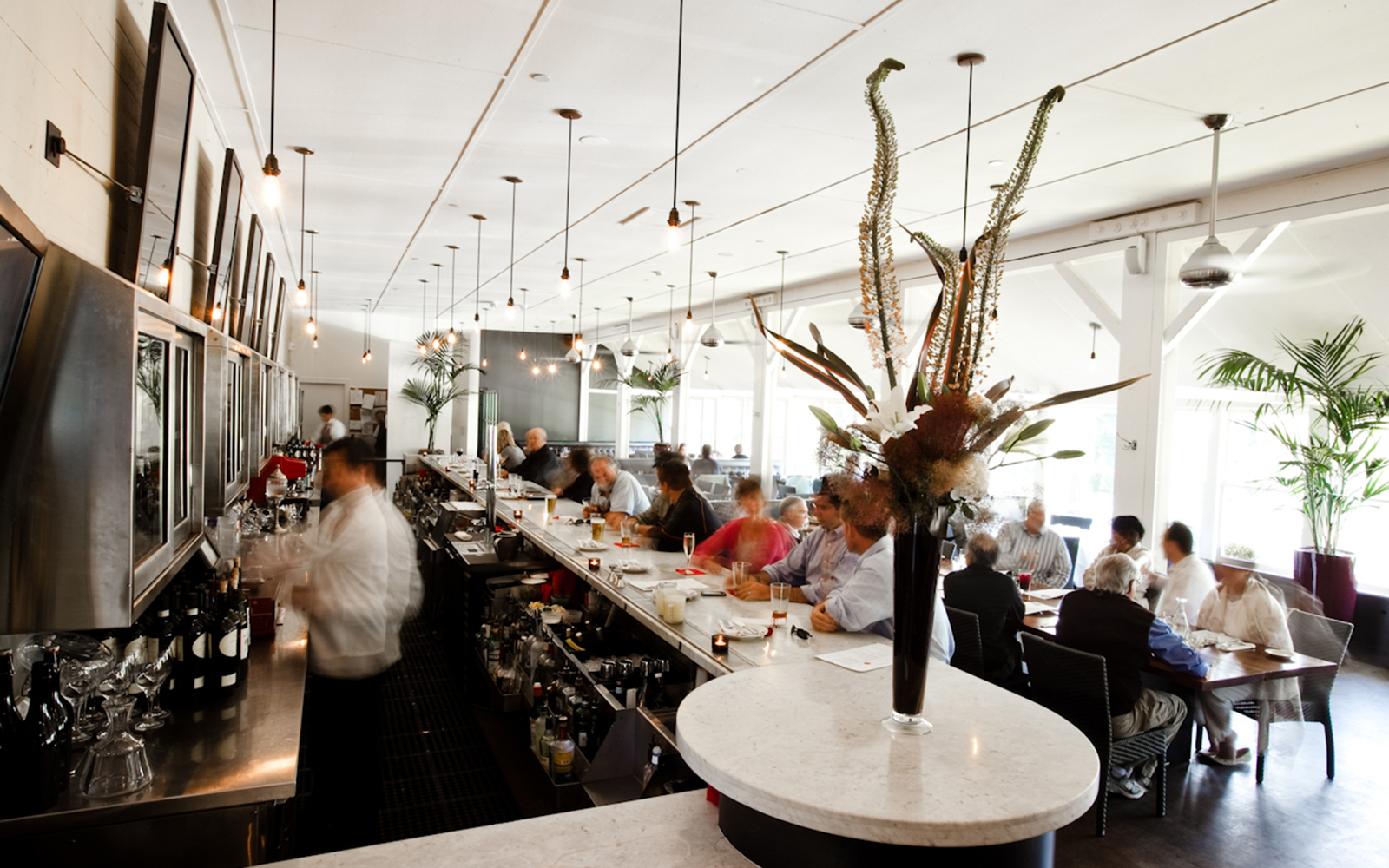 We were already in the Marina district, and from there it’s just a quick scoot over to the Presidio, where we had a reservation for brunch in the former barracks now known as the Presidio Social Club (presidiosocialclub.com). The service was painfully slow, but if you have to wait 20 minutes for a Bloody Mary and a cup of coffee, there are worse places to do it. In the airy, grown-up dining room with its big windows, white tablecloths, and dark wood, we chowed down on quiche and salad and ahi tuna poke, but the best thing we had was a selection of pastries from the bakery section of the menu—the churro-like beignets, with hot-chocolate dipping sauce, and the cinnamon roll, a special that day, were the highlights of the meal, hands down.