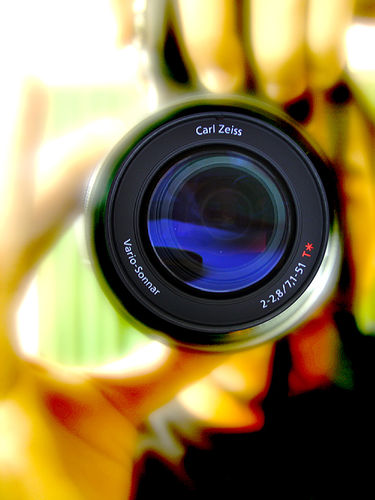 The photo-sharing website Flickr has introduced Camera Finder, a feature that can help you buy a new camera by showing pix taken with various models. Images are organized by category--macro, night, etc.--and there are technical specs, price comparisons, and user reviews. (Some listings are incomplete: There were no prices for the Nikon D80, for instance, when we last checked.) If you're into the wisdom of crowds, the site also ranks models by popularity--Beth Collins

Earlier: Before you buy a fancy camera, click here. 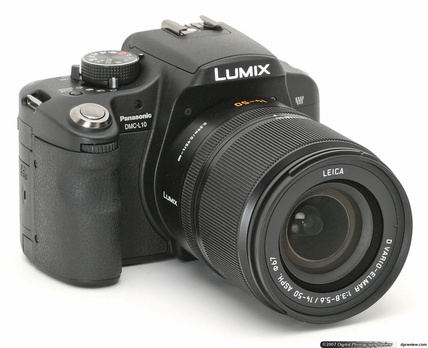 Before you buy a camera, check here

If you're planning to spend more than $200 on a digital camera within the next six months, and if you care about F-stops, lenses, and other advanced functions, be sure to visit Digital Photography Review. Think of this website as a hyper-detailed Consumer Reports for high-tech cameras. It specializes in thorough product testing and detailed reviews. This website also offers video clips of hard-to-explain camera features and functions. This morning, for example, Digital Photography Review was the first website to offer a full review of the the Panasonic DMC-L10, which is in the running for being the most interesting new camera of the year. With a $1,299 list price (ouch!), this camera isn't for most travelers. (For price comparison, Nikon offers a D40/D40X at about $550/$700 and Canon offers a Rebel XTi at $700.) But the features that this Panasonic camera is debuting may set the some standards for digital "single-lens reflex" model cameras, and many of its features will likely trickle down to cheap cameras within a few years. Among its many tricks, this camera can detect up to 15 human faces and automatically set the best focus and light exposure to capture the subjects clearly. The camera also has a viewfinder that flips out as much as 180 degrees, a feature common on many videocameras but relatively rare on digital "still" cameras. The screen also automatically adjusts its brightness depending on the surrounding conditions--becoming brighter on a cloudy day, for instance. The camera even uses supersonic vibrations to shake off dust clinging to the sensor and marring images when you change lenses. [via Digital Photography Review] 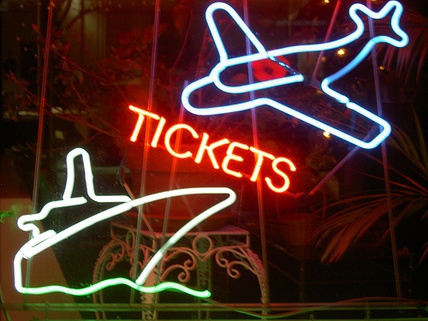 Another tool to track fare sales

Today Sidestep.com launched a fare tracker service, joining the many websites that offer automatic, constant searches of booking engines. Like other services, Sidestep lets you plug in your dates and routes. The site will do several price searches per day. You can then set a schedule of how often you wish to receive an e-mail alert either weekly or as soon as the flight drops below the price you set. Uniquely, you can set the searches up for seven days from your preferred departure date, letting you take advantage of fare sales on alternate days if you're flexible. (Note: You have to run an ordinary search for fares on Sidestep.com before you're given an option to create a flight alert.) I tested the service sporadically throughout the day, and found that it performed best on heavily traveled routes. But it didn't always deliver the lowest available fare on less trafficked routes, such as between Louisville and Minneapolis/St. Paul. As always, no single Internet source is definitive when it comes to booking low fares. (Sigh!) My plan for the next few months is to use one fare tracker among the many available, such as Sidestep's, Yapta's, Farecast's, AirfareWatchdog's, FareCompare.com's, Orbitz's, etc., to track fares. But before I book a ticket, I'll compare flights on a metasearch site. At the moment, I alternate between Sidestep or Kayak because they allow you to simultaneously search on Expedia and Orbitz to make sure you find the lowest fare among the three websites. Other metasearch sites are CheapTickets and Yahoo's Farechase. Other Budget Travel staffers have different approaches, and I'm sure you have your own favorite strategy, too. Please let us know your experience with fare tracking sites by posting comments below. Related: Check out the reader comments about Expedia, Orbitz, Travelocity and other travel search engines. Earlier: Get cash back when fares drop. Photo: Dan4th via Flickr. (Creative Commons) 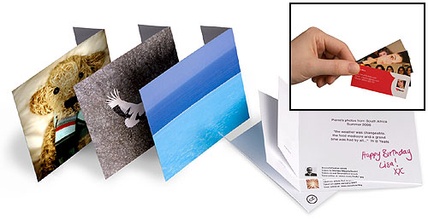 We recently met with Richard Moross, the affable, globe-trotting founder of London-based moo.com (so named because it would be easy to remember). How did he introduce himself? By pulling out a stash of tiny business cards, about half the standard height, each printed on one side with a different shot from his travels--everything from the iconic Brooklyn Bridge to a friend's pool in Johannesburg, South Africa. We admit it: We were wowed by the high quality of the images and the sense of fun and personality the cards instantly conveyed. Since the site launched last September, people from 143 countries have placed orders for Moo MiniCards, which can also function as luggage tags or, as Moross suggests, a handy conversation starter to pull out at the bar or beach. "The coolest thing about Moo cards is what people are doing with them," he says. The larger NoteCard size, even cooler in our opinion, has been popular for birth announcements, save-the-date invitations, and holiday greeting cards. They can be mailed as postcards or tucked in an envelope, and have a bendable edge allowing the cards to balance upright on a table. Moo will be rolling out stickers on July 19th and envisions printing photo albums and all sorts of products down the road. Ordering is easy: You create a log-in name and password; upload photos directly to moo.com or select photos you've already posted to photo-sharing sites like flickr.com; and choose whatever mix of photos, text, colors, and fonts you desire. In a neat case of old-technology-meets-new, delivery is by Royal Mail. Global shipping rate, $5; MiniCards, $19.99/set of 100 and NoteCards, $24.99/set of 16.