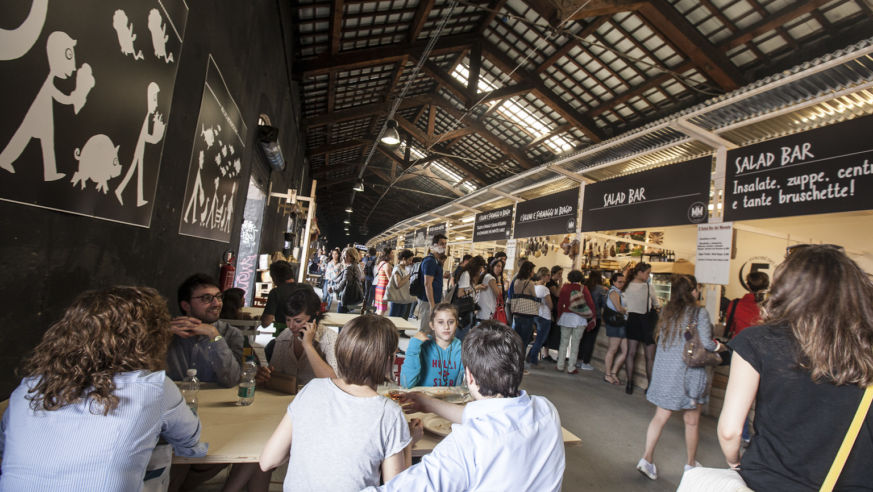 History! Culture! That accent! Potentially seeing Keira Knightley! Those are just a few of the many reasons London tops must-visit lists. But the two most common gripes we hear are about the reputedly not-so-great cuisine and the fact that the city can be pricey. The foodie scene has been evolving for a while, though, and there’s a new game in town that's taking a big step toward countering both of those stereotypes.

Mercato Metropolitano is a 45,000-square-foot market set to open June 30. Come hungry, because you won’t want to miss anything in this edible metropolis, where admission is free. As we like to mention here at BT, visiting markets is one of the best ways to experience a city's culture. Here's what you need to know:

Located in the new SoBo area (south of Borough), part of the Borough Triangle that is currently undergoing a £3 billion regeneration, Mercato Metropolitano is housed in a former paper factory. The warehouse has been transformed into a mix of indoor and outdoor spaces where farmers, artisans, and small producers from across the U.K. and Italy can mingle, all in the name of great food. Expect the best pizza maker from Naples, award-winning British food retailers, a bakery, fishmongers, butchers, coffee roasters, artisan beer makers, cheesemongers, specialist charcuterie, a wide variety of the best wines from Italy, fresh fruits and vegetables, pasta makers, an outdoor street food area, and much more. Also tucked inside the three-story building is Prezzemolo e vitale, a family-owned fresh supermarket from Palermo known for having the best of southern Italy’s produce.

Mercato Metropolitano won’t just be for eating. There will also be an in-house cinema, cooking demonstrations, workshops, talks, and cultural events open to the local schools and public. You can find activities in the urban garden and talks from producers about their favorite foods, as well as musical performances and cultural exhibitions. How’s that for the flavors of London?