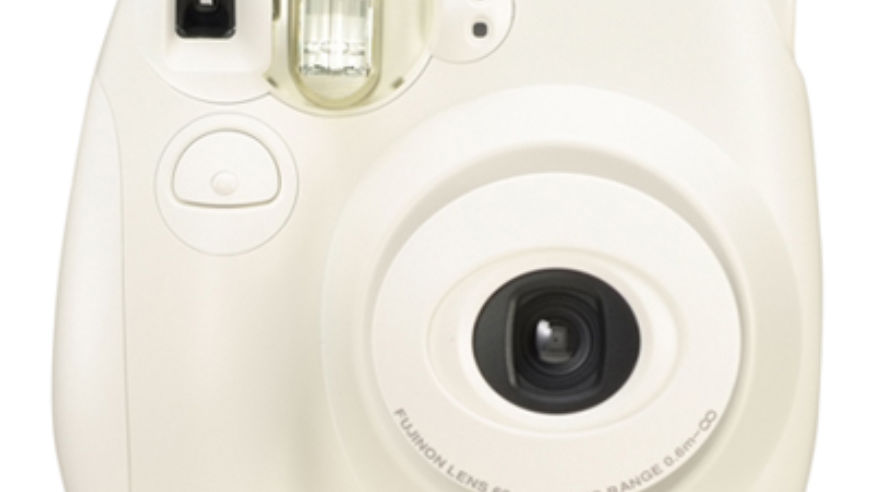 I recently tested the Fujifilm Instax Mini 7S, which debuted this fall for $96.

The camera may be a good substitute for people who thought that instant film was dead. (Polaroid film disappeared from store shelves earlier this year after production ended.)

The new camera's instant film is sold in a twin pack, with 20 photos costing $20. The images are smaller than Polaroids, too: Each print is about the size of a credit card.

While testing the camera on a recent trip to San Francisco, I found that the price of the film forced me to be more selective about my photography. Rather than shooting off 10 frames of the same thing, I was aware that each click was essentially a buck.

Even though I was sparing with my landscape shots, it turns out the Fujifilm Instax Mini was a crowd-pleaser. My 8-year-old niece and 3-year-old nephew were completely enthralled by the magic of watching instant film appear. (Obviously, they're too young to remember Polaroid). They ended up collecting the snapshots like baseball cards.

With the holidays just around the corner, the Fujifilm Instax Mini 7S could

be just the unexpected gift for kids. Weighing just over half a pound, this camera feels slightly heavier and bulkier than a typical digital point-and-shoot. But it's still kid-friendly. The device is also great for using at a party, so that everyone gets to see the progress of the revelry as the hours go on.

As for the photo enthusiasts who mourned the end of Polaroid film, take heart: limited-edition Polaroid instant cameras may be available in mid-2010 through the Impossible Project, which promotes the use of instant film. There's also talk that Polaroid cameras are poised to make a wider comeback.

Our blog coverage of travel gear