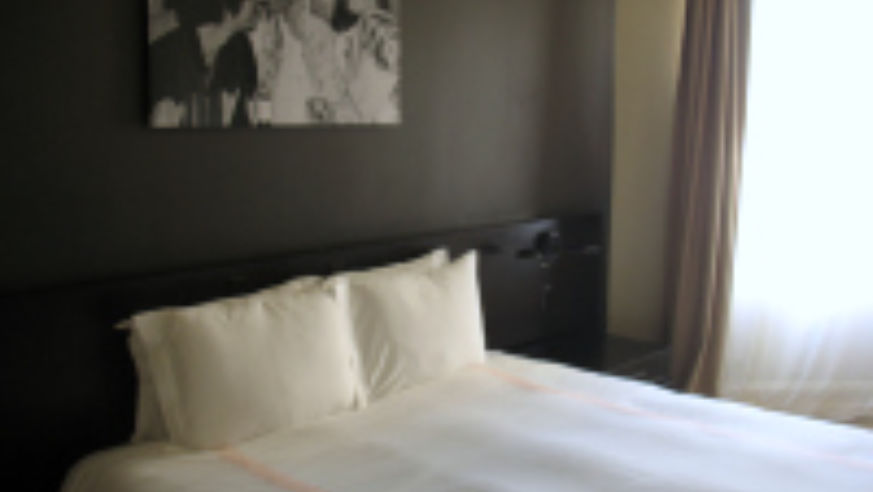 Courtesy The Roosevelt Hotel in Hollywood
This bed could be yours

Let's say you arrive late at night in a major city and you unexpectedly need to book a hotel on the spot. Last-minute rates for hotels can be sky-high, and finding a cafe to do a half-an-hour's worth of Internet searching isn't practical.

A (promising) new solution to this problem is Hotel Tonight, an app for buying a bargin hotel room at the 11th-hour for one night. So far, its deals are as impressive as Expedia's, Priceline's, and Hotwire's, and the app is easy to use.

Hotel Tonight lets you search in three categories of hotel: basic, hip, or elegant. Reserve rooms on the same day from early afternoon until 2 a.m. in the wee hours, local time.

Annoyingly, Hotel Tonight has piled on the "members' only" trend, pioneered by Jetsetter, and you have to "become a member" by filling out an online form. That means a lot of tapping on your phone just to get that first hotel stay. (About 80 taps, according to a company exec.)

On the bright side, "membership" is free and quickly granted, and you receive a virtual coupon worth $10 off your first booking. Once you've joined, it's superquick to book a hotel, and prices include all taxes and fees—so there's no surprises at on checkout.

Once you're set up, the app is more attractive to use than Priceline's, whose bidding process takes too long at the last-minute. Besides, when you are booking on the same day, you probably don't like the uncertainty of not knowing which hotel Priceline might book you in until your bid is accepted. Hotel Tonight is a surer bet, and less confusing to use on this score.

A downside, though, at least for now: Hotel Tonight only covers hotels in New York City, San Francisco, and L.A. Most people aren't stuck in those cities needing a hotel at the last minute often enough for them to go through the long process of becoming a member of this app. But I bet the app will improve its coverage with time.

The other downside is that this app is only available as an app for iPhones, iPads, and the like. I'm sure that will change, too.

The company is a sister of DealBase, which we've praised in our Extra Mile Awards. It does a good job of vetting hotels: Staff members have stayed in the properties and have written up brief reviews.

Quiz: Can you spot the travel rip-off?