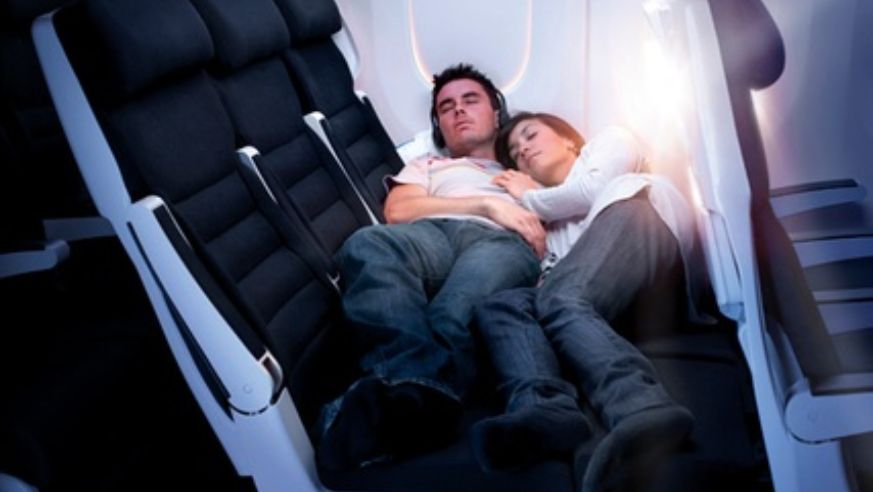 Air New Zealand has introduced a new couch-style seating arrangement, with cushions that flip up to make for comfortable and easy lounging. Most innovative of all: The Skycouch is in economy class.

Premium economy actually, but still. Seats should be way less expensive than business class. The first flights with Skycouches will take to the air in December of 2010 on routes between Los Angeles and Auckland, and it's unclear exactly how much they'll cost.

With the Skycouch design, there are three seats in a row, just like in a typical coach section. But each of the Skycouch seats has a futon-like cushion that folds up from beneath, and all of the arm rests can be tucked away, creating a flat mini-mattress that should allow you to snooze in comfort.

The space seems ideal for two adults and a child. If two adults are interested in a Skycouch, they must purchase all three seats, though it's expected that Air New Zealand will throw in the third seat for half-price.