By The Budget Travel Editors
September 28, 2018 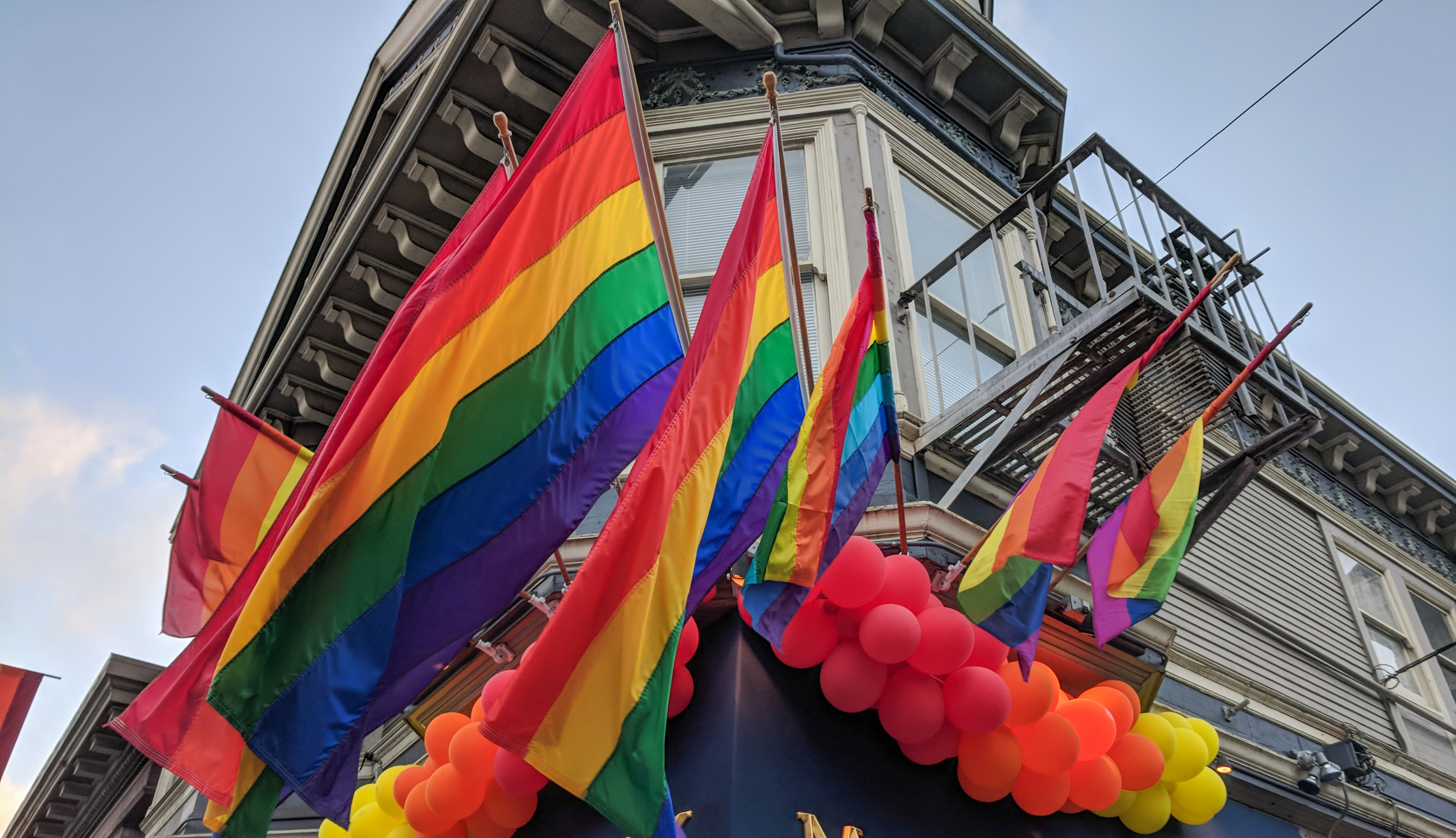 Edgar Hernandez/Dreamstime
There’s a great big world out there, and our latest “news you can use” may inspire a trip you never knew you needed.

From some of the coolest urban neighborhoods in the world to the wildest regions of the American west - not to mention the ever-exciting world of airport security - this week’s travel news is all about ensuring a rewarding experience for everyone.

Although we’re not hand-wringing worrywarts when it comes to safety, we are strong advocates for travelers who may be at increased risk for discrimination or harm on the road. We welcome GeoSure’s new LGBTQ Safety ratings category on its award-winning travel-safety smartphone app (geosureglobal.com). The app now rates the “likelihood of harm or discrimination against LGBTQ persons or groups and level of caution required at location.”
Among the safest neighborhoods for LGBTQ travelers:

Michael Becker, CEO of GeoSure, says “Whether traveling for business, leisure or study abroad, our singular focus is providing the most rapid safety awareness, granular to the neighborhood level, to help people have the smoothest trip experience possible.”

TSA PRECHECK MAY GET FASTER

If you’re the type of traveler who simply can’t get through airport security fast enough, Congress recently put aside its trademark partisan bickering to approve a bill that may help. The “PreCheck Is PreCheck Act of 2018” (yes, that’s the bill’s actual name, because apparently someone believes our attention spans can no longer accommodate further nuance or detail) aims to ensure that only TSA PreCheck members and their traveling companions younger than 12 and older than 75 are allowed to use the PreCheck line. If the Senate passes the bill and it is signed into law, will it make airport security more efficient? We’re guessing it may, but only for PreCheck members, who, after all, have ponied up the $85 fee and undergone a background check for the privilege of breezing through security). But by curtailing the common practice of allowing TSA agents to direct non-PreCheck members to PreCheck lines during periods of high congestion (and we know how some of you don’t care for that practice), the law could very well create more overall problems than it solves.

YELLOWSTONE-AREA GRIZZLIES ARE PROTECTED FROM HUNTERS

For those of us who love Yellowstone National Park and the surrounding Greater Yellowstone Ecosystem, the recent decision by the U.S. Fish and Wildlife Service to allow the hunting of grizzly bears in Idaho and Wyoming was concerning. We applaud the ruling by a U.S. District Judge to restore protection under the Endangered Soecies Act, noting that opening up the region to grizzly hunting (known as de-listing) fails to take into account the impact on the species throughout the lower 48 states. 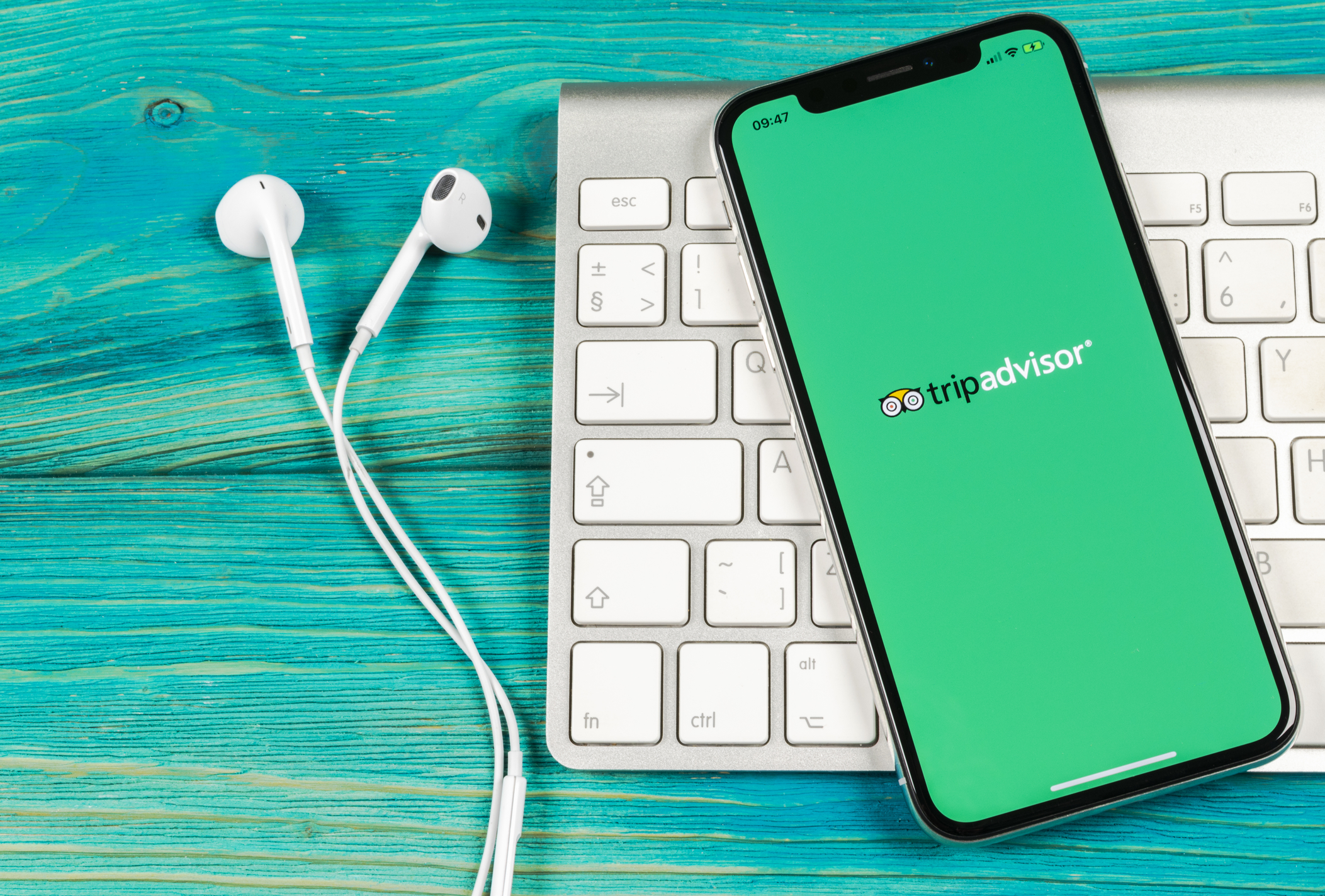 Travel News: Fake Hotel Reviews Can Land You in Jail, Christmas Flight Booking Tips, and the World's Best Wine List Is in Tennessee

From the shadier-than-you-thought world of online hotel reviews to expert data-driven strategies for nabbing holiday flight bargains to an award-winning restaurant wine list in an unexpected place, this week’s travel news is all about surprises that may change your travel assumptions. FAKE HOTEL REVIEWS CAN LAND YOU IN JAIL We’ve always known that writing fake hotel reviews is wrong. But now somebody is actually going to do time for it. The owner of an Italian company, PromoSalento, that accepted money from hotels to post fake reviews on TripAdvisor has been sentenced to nine months in prison and fined more than $9,000. TripAdvisor has been investigating and removing fake reviews by PromoSalento since 2015. If TripAdvisor notifies a hotel that it is engaging in fake reviews and the hotel fails to act, users are warned that the hotel may be manipulating its reviews. The jail sentence for writing fake reviews is the first of its kind. CHRISTMAS FLIGHT BOOKING TIPS With fewer than 100 days until Christmas, we reached out to our data-crunching friends at Skyscanner.com, the global travel search engine, who have collated and analyzed data from its more than 60 million monthly users to deliver the 411 on holiday air travel: Best week to buy domestic Christmas flights: This week (September 17 - 23), with potential savings of 15 percent.Best month to book domestic Christmas flights: SeptemberWorst weeks to book domestic Christmas flights: December 17 - 23.THE BEST WINE LIST IN THE WORLD IS IN TENNESSEE The World of Fine Wine, in association with Gaggenau, has announced the 2018 World’s Best Wine Lists Awards winners, and we were psyched to see that the winner of the Wine List of the Year 2018 is The Barn at Blackberry Farm, Walland, Tennessee. The awards are based on a wine list’s “breadth, depth, interest, quality, value, clarity and accuracy.” And while you might assume that the world’s finest wine list might be developed in, say, Tuscany, the Loire, or Napa, Blackberry Farm’s list of more than 9,000 selections was developed in the Great Smoky Mountains of Eastern Tennessee. 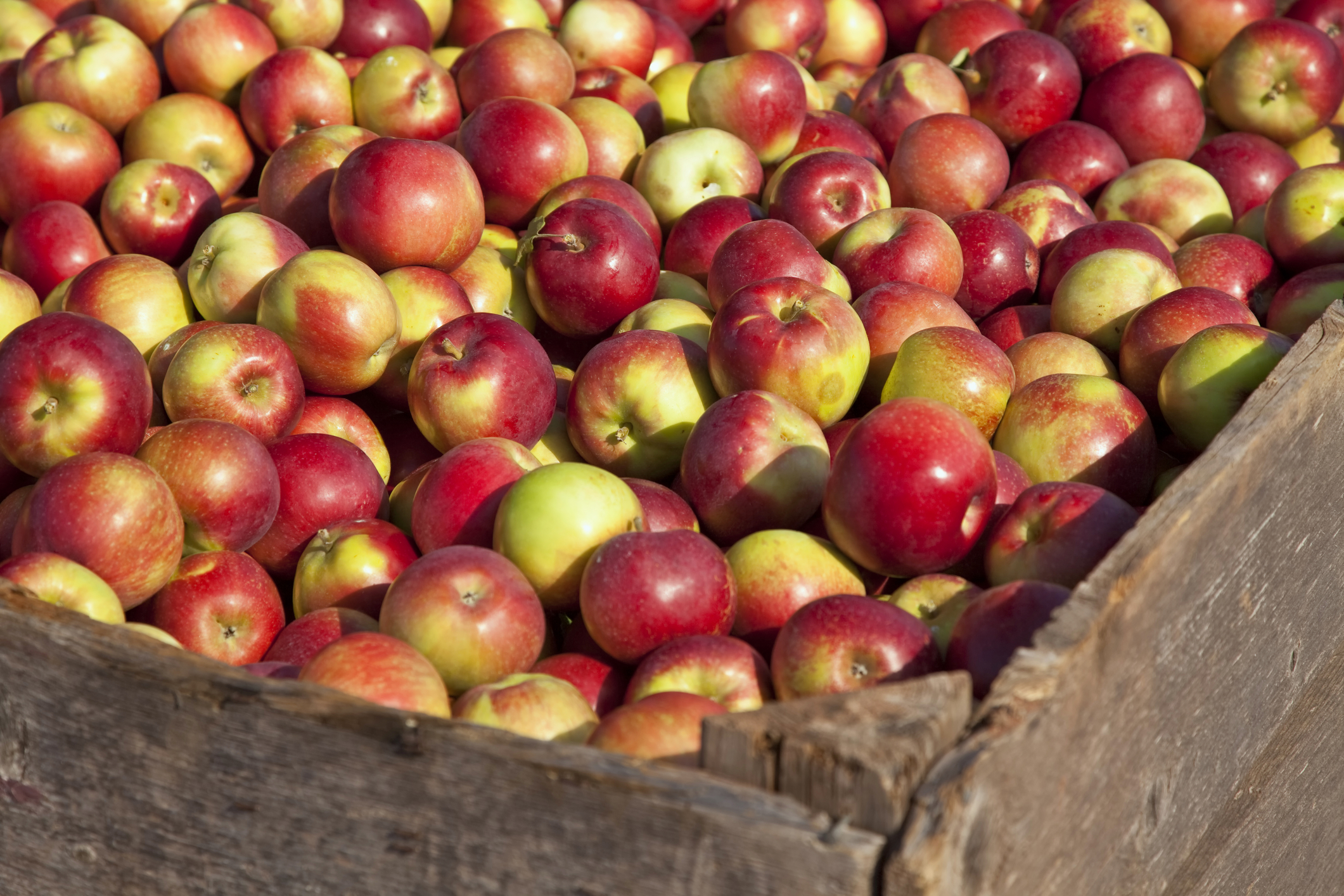 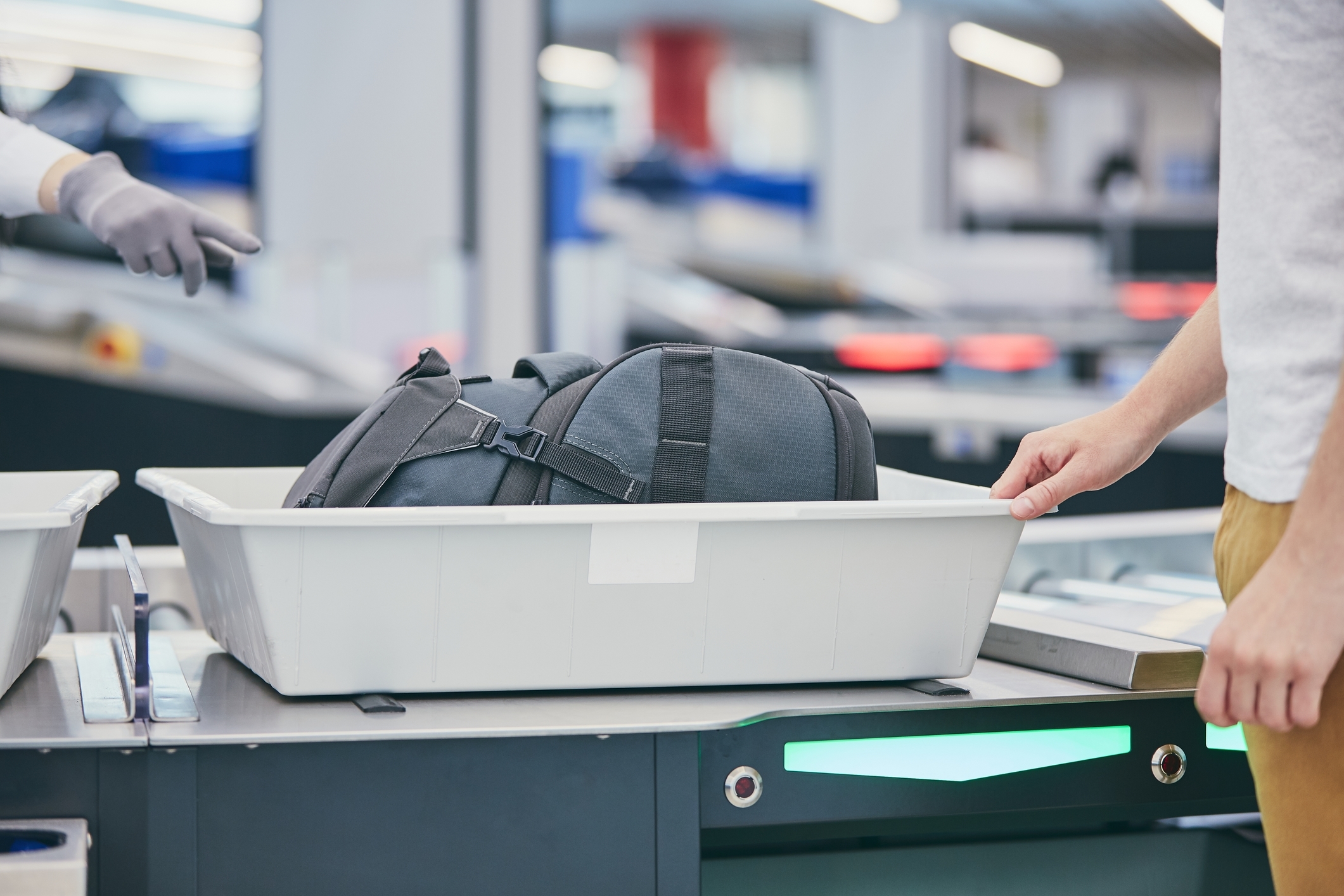 From a hair-raising study of those filthy airport security bins (and how you can keep yourself and your loved ones safe) to a great reason to raise a glass of the all-American libation, bourbon, this month to a two-for-one ticket deal that NYC culture vultures will snap up, this week’s travel news is all about escaping the everyday. AIRPORT SECURITY BINS ARE DIRTIER THAN TOILET SEATS We have some not-so-great news for germaphobes –and, sorry to say, everyone else, too. A recent study conducted by Finnish and British researchers reveals that the plastic bins used to inspect personal items at airport security have as much of a 50 percent chance of carrying the viruses that cause upper respiratory infections. Based on swabs taken at Helsinki Airport at three points during the 2015-2016 flu season, the surface of as many as one of every two bins, which are typically handled with a strong, open-palm grip, contain rhinovirus or adenovirus, the culprits that cause cold- and flu symptoms. This is a much higher rate of contamination than toilet seats in airports because bathrooms are cleaned much more frequently. But there is a glint of good news to come out of all this. The scientists write in the paper, which was published in the BioMed Central Infectious Diseases journal, says, "This knowledge helps in the recognition of hot spots for contact transmission risk, which could be important during an emerging pandemic threat or severe epidemic." Meantime, be sure to wash your hands after you get through security and, out of respect to your fellow passengers, maybe wash them before the TSA check, too. Now, we’d like to know who’s studying the carpet square in the body scan machine that many passengers stand on barefoot? CELEBRATE NATIONAL BOURBON HERITAGE MONTH Believe it or not, there have been times in U.S. history when lawmakers reached across the aisle to get things done. This month, we celebrate one of those moments: In 2007, senators voted nearly unanimously to pass a bill that declared September National Bourbon Heritage Month. Resolution 294, as the bill is known, is a reinforcement of the 1964 Bourbon Act, a Congressional decree that recognized bourbon as America’s only “native spirit” and established a legal definition and guidelines for production. Among those guidelines: bourbon whiskey can be made anywhere in America—not only Kentucky—and must be distilled from at least 51 percent corn and aged in brand-new charred American oak barrels. The 2007 bill is a salute to the spirit’s deeply entrenched role in American history as well as its past and present impact on commerce. While there are small independent distilleries in every state today producing bourbon, the most important, historic distilleries are in Kentucky, where there are 1.5 barrels aging per each of the 4.5 million people living there. That accounts for 95 percent of the world’s supply, making it an $8.5 billion industry. The drink has become such a source of intrigue that an entire tourism industry has evolved around it. In 1999, the Kentucky Distillers' Association established the Kentucky Bourbon Trail, a road-trip-style experience. New smaller distilleries that have opened throughout the state over the subsequent years led to the creation of the Kentucky Bourbon Trail Craft Tour in 2012. A few years later, the outstanding whiskey bars in Louisville came together to establish the Urban Bourbon Trail, arguably the best bar crawl in the USA. So head to Kentucky and hop on one of those trails or head to your local watering hole and order a glass of bourbon on the rocks. If anyone questions your motives, tell them it’s your civic duty. SAVE DURING NYC’S OFF-BROADWAY WEEK Theater buffs headed to New York can save big thanks to NYC Off-Broadway Week, with two-for-one tickets on sale now for 38 Off-Broadway productions between September 24 and October 7, 2018. A few examples of the theatrical gems available at half price include Avenue Q, Drunk Shakespeare, and Stomp. Learn more, and purchase tickets, at nycgo.com/off-broadway-week. 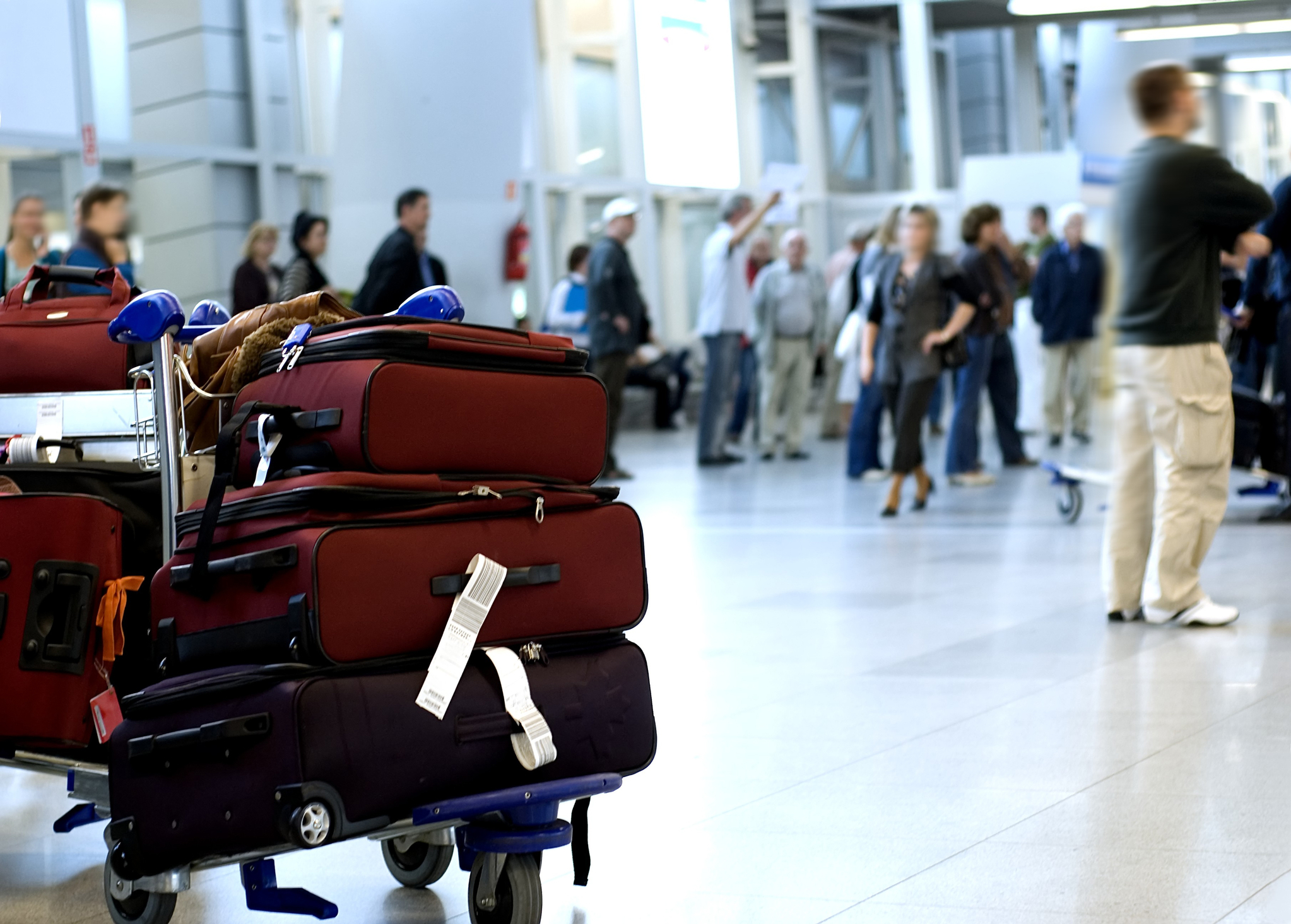 From the newly imposed checked-baggage fees at some (but not all) major carriers to an unexpected autumn benefit of CityPASS, plus a cool new restaurant week coming to the nation’s capital, this week’s travel news is all about giving you options that’ll save you money and open up new experiences. AIRLINE BAGGAGE FEES JUST WENT UP Let’s start with the good news: As we go to press, Southwest still allows you to check two bags for free. And Delta and American still charge $25 for your first checked bag and $35 for your second. The bad news for Budget Travelers is that United, JetBlue, WestJet, and Air Canada all raised their baggage fees over the past week or so, charging $30 for that first bag and $40 for the second. JetBlue is also raising its fee for a third checked bag from $100 to $150. You don’t need an 800 on the math SAT to see how this could affect, say, a family of four departing for a big trip, right? We suggest pricing postal and overnight delivery rates and researching door-to-door luggage shipping services to see how they compare with the new checked-bag fees. We’ll be doing the same, and sharing more baggage advice to fliers ASAP. D.C.’S BLACK RESTAURANT WEEK Washington. D.C., joins Houston, Philadelphia, New Orleans, and other U.S. foodie hotspots in hosting a restaurant week that celebrates African American culinary talent. The city's DMV Black Restaurant Week will run from November 4 to 11, showcasing some of D.C.'s top chefs and mixologists. In addition to the discounts you’d expect from a restaurant week, the event will also include panel discussions and awards. (An array of “restaurant week” organizations exist across the U.S. You can learn more about DMV Black Restaurant Week at dmvbrw.com.) CITYPASS HELPS WITH FOLIAGE GETAWAYS Sure, we appreciate CityPASS for its obvious benefits: Discounts and perks like line skipping at popular attractions in major cities. But this time of year, when the countryside turns from green to red, orange, and gold, you can take a CityPASS-fueled fall foliage road trip linking major cities via gorgeous drives decked out in autumnal finery. Just a few ideas include NYC toward Boston on the historic and often beautiful Merritt Parkway; NYC toward Philly in the Millstone Valley Scenic Byway; San Francisco to Seattle on the 101 Up the coast; or Houston to Dallas for the Pineywoods Autumn Trail (citypass.com).