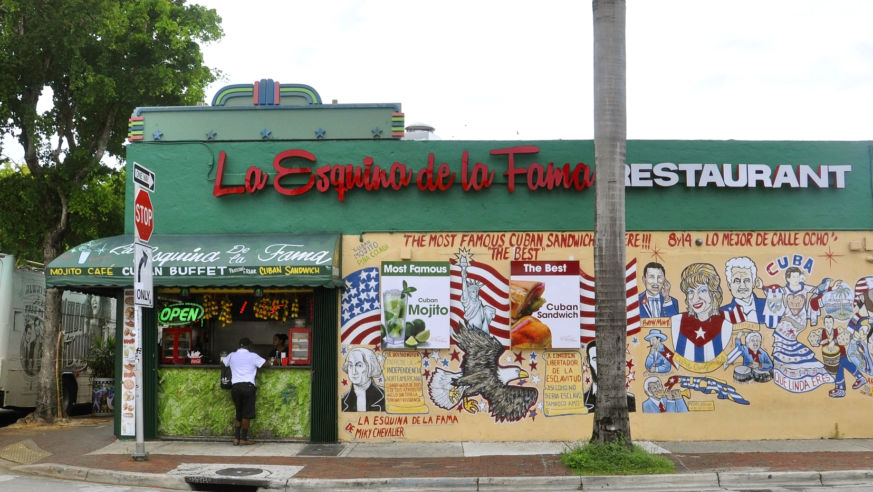 Thanks to America's beautifully diverse immigrant population, more types of cuisines are available to U.S. diners than ever before—which is great news for those who like to explore the world through food. You can't always hop on a plane and experience a new culture in situ, but look closer to home, and the odds are good you'll find the corresponding fare on these shores. From more familiar flavors like Polish and Korean to lesser-known ones like Bukharian and Hmong, here's where ambitious eaters can get their next fix—no passport required.

Industrial smokestacks and ornate church steeples make up the skyline of Avondale, a largely Polish neighborhood in northwest Chicago. Murals depicting Eastern European traditions bring color to the streetscape, once a drab strip of manufacturers like Florsheim Shoes. Polish immigrants started moving to the neighborhood after the Civil War, and though immigration has slowed in the last few decades as Poles started finding greater opportunities in other parts of Europe, the culture here remains strong, and restaurants and food markets sit as cornerstones of the neighborhood. Staropolska, which was given a makeover a few years ago, remains one of the area’s most traditional. Its extensive menu includes all the staples, like smoked cheese, herring, schnitzel, and pierogi with various fillings. At Kurowski’s Butcher Shop and Rich’s Bakery, a veritable emporium, there's almost always a line at the meat counter for the celebrated kielbasa, smoked sausage, and ham, so make the most of your time and stock up for the trip home.

As a gathering place for diplomats and global leaders, it makes sense that Washington, D.C., and its surrounds would be hotspots for international fare. Few, however, have as significant a concentration of a single regional cuisine as Annandale, Virginia, located 13 miles from metro D.C., where Korean restaurants line the streets. D.C. locals will point you to high-profile spots like Honey Pig and Bon Chon Chicken, but there’s plenty more for the adventurous eater to discover. Jajangmyun, a noodle dish with fermented black bean sauce, is the calling card at Jang Won. Sok Jip, a seemingly unremarkable shop in a strip mall, is the go-to for samgyetang, a whole young chicken that's stuffed with garlic, ginseng, and red dates and served in its own broth. Any meal is best wrapped up with pat bing soo, a shaved ice indulgence with condensed milk, mochi, fruit, and red bean paste. Shops serving the treat are abundant.

In most cities, ethnically distinct neighborhoods emerge informally and take on an identity casually. While Little Africa in Southwest Philadelphia started out that way, it’s become a district with an official city-ordained distinction. The telephone poles in this 10-square-mile community are festooned with flags of many African countries and the Caribbean. Amid the West African grocery shops, hair salons, and travel agencies advertising trips to Accra and Dakar sit restaurants specializing in the many foods from Africa. The flavors of Senegal are showcased at Kilimandjaro, known for Senegalese street food like plates of small pieces of spiced, roasted meats. African Small Pot features a mix of West African seafood and kebabs. A medley of traditions and flavors blend at Le Mandingue, where the chefs hail from Liberia, Ivory Coast, Nigeria, and elsewhere. And that's just to name a few. In the warmer months, the sidewalks of Woodland Ave, the neighborhood’s main thoroughfare, fill with people lined up to buy kebabs and other spicy bites from popup grills.

Across the river from Manhattan, just 20 miles from the Lincoln Tunnel, New Jersey’s third-largest city is home to a diverse population, but it’s perhaps best known for its Peruvian community. Paterson was once a player in the textile-manufacturing industry, and in the 1950s, it drew many Peruvian emigrants in search of employment. They settled downtown in what would become known as Little Lima and soon opened businesses and restaurants of their own. In 2016, a two-block section of Market Street was officially designated as Peru Square, and today, an estimated 30,000 peruanos call the Silk City home. Here, you’ll find traditional fare like ceviche, lomo saltado (a stir-fry of steak, onions, and tomatoes), and stewed guinea pig at La Tia Delia, a longtime local favorite; crisp-skinned rotisserie chicken with a kicky ají amarillo–laced sauce at D’Carbon; and sweet treats like mazamorra morada, a purple corn–based pudding, at Dulcemente Peruano. Pro tip: Carry cash, as many spots don’t take cards. And if you're in town in July, join the 7,000-plus crowd that floods the streets for the annual Peruvian Parade.

Countless noted food writers have sung the praises of Queens, New York City’s most diverse borough, according to census data. (Linguistic experts have estimated that nearly 800 languages are spoken there.) Some have even pegged it for having more exciting food choices than Brooklyn or Manhattan. One of the more unique cuisines to be found here is in Rego Park, where there’s a large population of Bukharian Jewish emigrants from former Soviet republics of Uzbekistan, Tajikistan, and Kyrgyzstan, as well as Afghanistan and western China, regions once home to Silk Road cities. Their kosher restaurants and bakeries line what’s known as Bukharian Broadway (aka 108th Street) and offer staple dishes, mostly based on rice, lamb, potatoes, carrots, and spices (think: cumin, paprika, and chili) influenced by Silk Road stops in China and India. Try lamb kebabs; shurpa, a cumin-spiked beef soup; rice pilaf, often of the fragrant, fluffy variety; and traditional lepeshka, a chewy bread. Just note that many restaurants close from Friday night to Saturday night for the Sabbath.

In the bustling neighborhood of Jackson Heights, Queens, the main subway station is above ground. The moment you step out of the train and onto the platform, you can smell the curry wafting from the restaurants that fan out from the frenzied intersection below. Once you get down to street level, your other senses are ignited by colorful displays in the windows of high-end sari shops and Indian music blaring from storefronts. Come to shop, stay to dine. The Indian restaurants range from sweeping eateries that look like banquet halls to much more modest counter-service curry shops and everything in between. Jackson Diner is the most well-known of the former, packing in crowds for a daily all-you-can-eat lunch buffet. Indian restaurants definitely dominate, thanks largely to a wave of immigrants in the 1970s, but people from other nations followed, as evidenced by the neighborhood's many Tibetan restaurants and food trucks. Don't leave here without trying a plate of momos, meat-filled plump dumplings. Amdo's, a longstanding food truck beneath the subway tracks, is run by a former monk. He sells a plate of eight that will set you back $5.

For thousands of years, the Hmong (pronounced mung), an ethnic group, have lived in southwestern China without a nation to call their own. In the mid-1600s, under heavy persecution, they migrated to Laos, Thailand, and other nearby countries. Due to a series of events after the Vietnam War, the U.S. helped them resettle as refugees, and today, Minnesota has the second largest population in the country, mostly concentrated in St. Paul’s Frogtown neighborhood. Considering that the Hmong didn’t have a written language until the 1950s and traditions were passed down orally, the city's many markets and eateries serve as something of a living history museum. Sample the rich heritage at the Hmongtown Marketplace’s vibrant food court or the pavilion at Hmong Village, where there are many options for classic dishes like larb, a minced meat and mint salad that originated in Laos, khaub poob, a curry noodle dish, and Hmong barbecue. There are myriad restaurants and delis to choose from, too.

Since the Cuban Revolution of 1959, a reported 700,000 Cubans have made their home in south Florida, and the local food scene has never been the same. Little Havana, a neighborhood west of downtown, is Miami’s epicenter of Cuban culture, especially the vibrant area around colorful Calle Ocho, an historic street. Shop for hand-rolled cigars and Latin records, then indulge in some of the best Cuban food in the country. The hugely popular restaurant and bakery Versailles, for instance, offers an extensive menu that's a celebration of traditional island fare, from hearty plates like ropa vieja (a stew of shredded beef, onions, and peppers in a wine and tomato broth) and picadillo (ground beef sauteed with raisins and olives) to what some deem to be the best Cubano sandwiches in the city. Nearby, El Cristo delivers equally authentic dishes like roast pork and empanadas. (Don’t skip the plantains.) For dessert, hit the iconic Velvet Crème Doughnuts or grab an overflowing cone from the artisanal Azucar Ice Cream Company. Too many options? Sign up for a neighborhood food tour and let an expert set the itinerary for you. 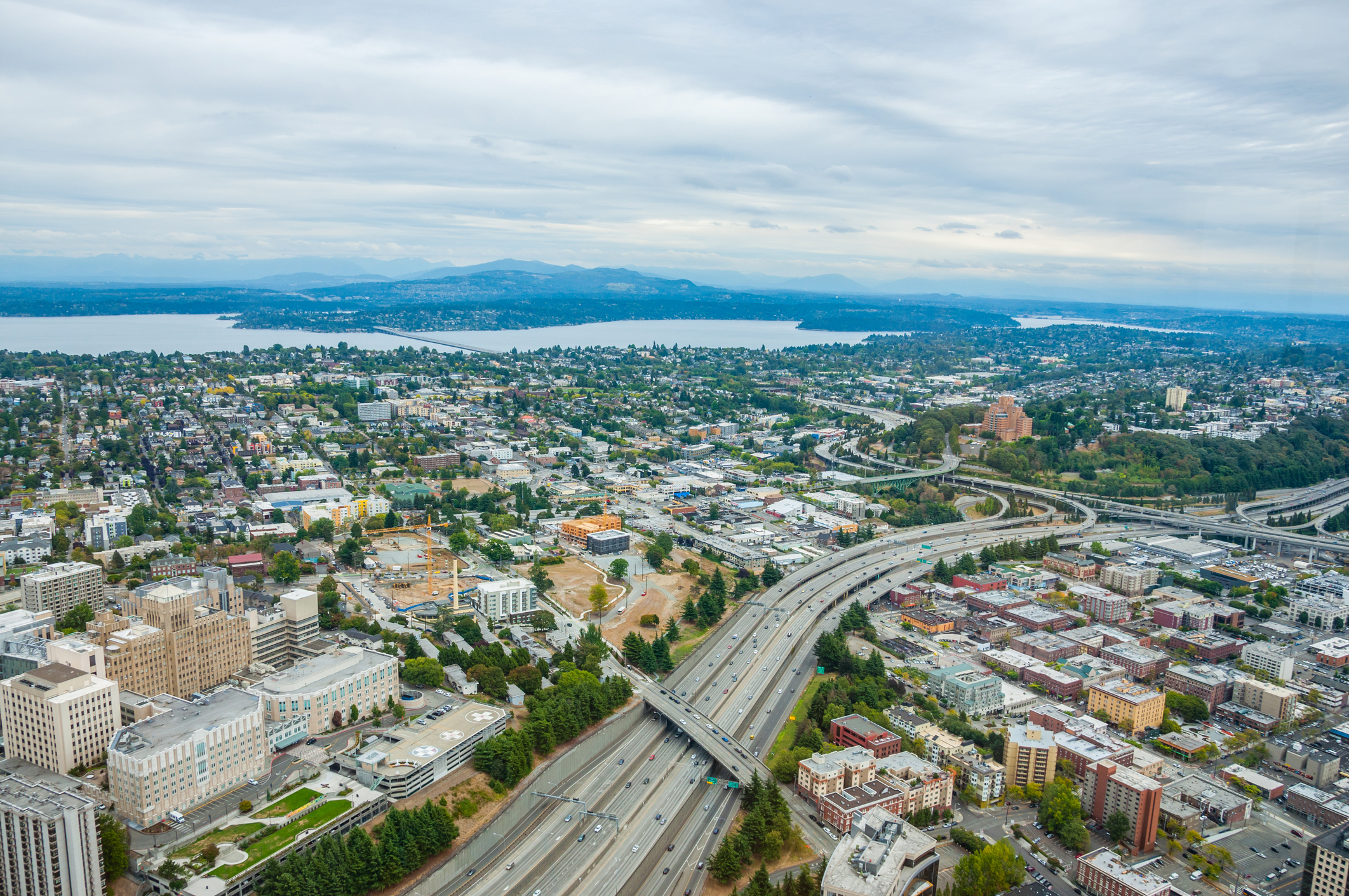 White Center, a neighborhood in west Seattle, is home to a diverse community, including the city’s biggest Cambodian population, which emerged in the 1980s once the Khmer Rouge fell from power, the genocide ended, and refugees arrived in the US. While rising housing prices in Seattle have kickstarted gentrification here, a number of Cambodian businesses are still going strong alongside the Thai restaurants, Vietnamese cafés, and Salvadorian bakeries that make up the historic business district. Sample regional Khmer fare at Queen’s Deli, known for its spicy Phnom Pehn noodles and samlor kako, a ratatouille-like dish, and browse the extensive grocery aisles at Samway Market, a veritable East Asian food museum.