Wikipedia
Columbia is a city in the U.S. state of Missouri. It is the county seat of Boone County and home to the University of Missouri. Founded in 1821, it is the principal city of the five-county Columbia metropolitan area. It is Missouri's fourth most-populous and fastest growing city, with an estimated 126,254 residents in 2020.As a Midwestern college town, Columbia has a reputation for progressive politics, persuasive journalism, and public art. The tripartite establishment of Stephens College (1833), the University of Missouri (1839), and Columbia College (1851), which surround the city's Downtown to the east, south, and north, has made the city a center of learning. At its center is 8th Street (also known as the Avenue of the Columns), which connects Francis Quadrangle and Jesse Hall to the Boone County Courthouse and the City Hall. Originally an agricultural town, the cultivation of the mind is Columbia's chief economic concern today. The city's economy also depends on healthcare, insurance, and technology businesses, but has never been a major center of manufacturing. Companies such as Shelter Insurance, Carfax, Veterans United Home Loans, and Slackers CDs and Games, were founded in the city. Cultural institutions include the State Historical Society of Missouri, the Museum of Art and Archaeology, and the annual True/False Film Festival and the Roots N Blues Festival. The Missouri Tigers, the state's only major college athletic program, play football at Faurot Field and basketball at Mizzou Arena as members of the rigorous Southeastern Conference. The city rests upon the forested hills and rolling prairies of Mid-Missouri, near the Missouri River valley, where the Ozark Mountains begin to transform into plains and savanna. Limestone forms bluffs and glades while rain dissolves the bedrock, creating caves and springs which water the Hinkson, Roche Perche, and Bonne Femme creeks. Surrounding the city, Rock Bridge Memorial State Park, Mark Twain National Forest, and Big Muddy National Fish and Wildlife Refuge form a greenbelt preserving sensitive and rare environments. The Columbia Agriculture Park is home to the Columbia Farmers Market. The first humans who entered the area at least 12,000 years ago were nomadic hunters. Later, woodland tribes lived in villages along waterways and built mounds in high places. The Osage and Missouria nations were expelled by the exploration of French traders and the rapid settlement of American pioneers. The latter arrived by the Boone's Lick Road and hailed from the culture of the Upland South, especially Virginia, Kentucky, and Tennessee. From 1812, the Boonslick area played a pivotal role in Missouri's early history and the nation's westward expansion. German, Irish, and other European immigrants soon joined. The modern populace is unusually diverse, over 8% foreign-born. White and black people are the largest ethnicities, and people of Asian descent are the third-largest group. The city has been called the "Athens of Missouri" for its classic beauty and educational emphasis, but is more commonly called "CoMo".

Find more things to do, itinerary ideas, updated news and events, and plan your perfect trip to Columbia
ADVERTISEMENT 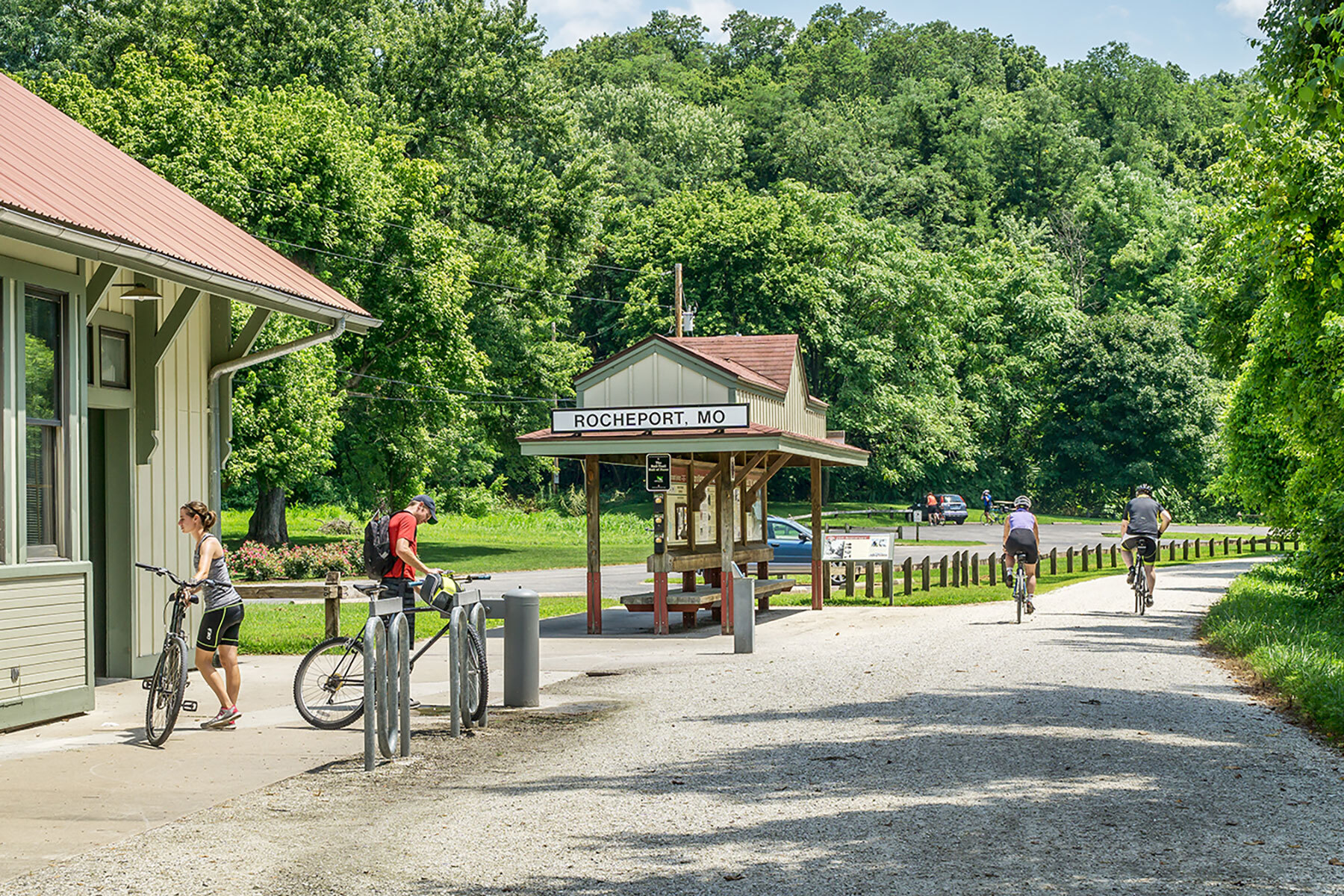 Rocheport is a city in Boone County, Missouri, United States. It is part of the Columbia, Missouri Metropolitan Statistical Area. The population was 239 at the 2010 census. Rocheport includes the Rocheport Historic District, an area with buildings dating from 1830 and which is listed on the National Register of Historic Places.

Fulton is the largest city in and the county seat of Callaway County, Missouri, United States. Located about 22 miles (35 km) northeast of Jefferson City and the Missouri River and 20 miles (32 km) east of Columbia, the city is part of the Jefferson City, Missouri, Metropolitan Statistical Area. The population was 12,790 in the 2010 census. The city is home to two universities, Westminster College and William Woods University; the Missouri School for the Deaf; the Fulton State Hospital; and the Fulton Reception and Diagnostic Center state prison.

Boonville is a city and the county seat of Cooper County, Missouri, United States. The population was 8,319 at the 2010 census. The city was the site of a skirmish early in the Civil War, on July 17, 1861. Union forces defeated a small and poorly equipped force of the Missouri State Guard in the first Battle of Boonville. It is part of the Columbia, Missouri metropolitan area. 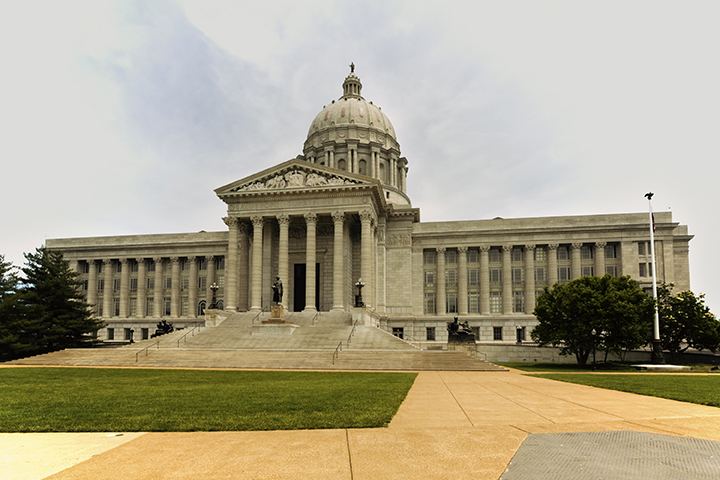 Jefferson City, informally Jeff City, is the capital of the U.S. state of Missouri. It had a population of 43,079 at the 2010 census, ranking as the 15th most populous city in the state. It is also the county seat of Cole County and the principal city of the Jefferson City Metropolitan Statistical Area, the second-most-populous metropolitan area in Mid-Missouri and the fifth-largest in the state. Most of the city is in Cole County, with a small northern section extending into Callaway County. Jefferson City is named for Thomas Jefferson, the third President of the United States. Jefferson City is located on the northern edge of the Ozark Plateau on the southern side of the Missouri River in a region known as Mid-Missouri, that is roughly mid-way between the state's two large urban areas of Kansas City and St. Louis. It is 29 miles south of Columbia, Missouri, and sits at the western edge of the Missouri Rhineland, one of the major wine-producing regions of the Midwest. The city is dominated by the domed Capitol, which rises from a bluff overlooking the Missouri River to the north; Lewis and Clark passed the bluff on their historic expedition upriver before Europeans established any settlement there. Many of Jefferson City's primary employers are in service and manufacturing industries. Jefferson City is also home to Lincoln University, a public historically black land-grant university founded in 1866 by the 62nd Regiment of U.S. Colored Troops with support from the 65th Regiment of U.S. Colored Troops.