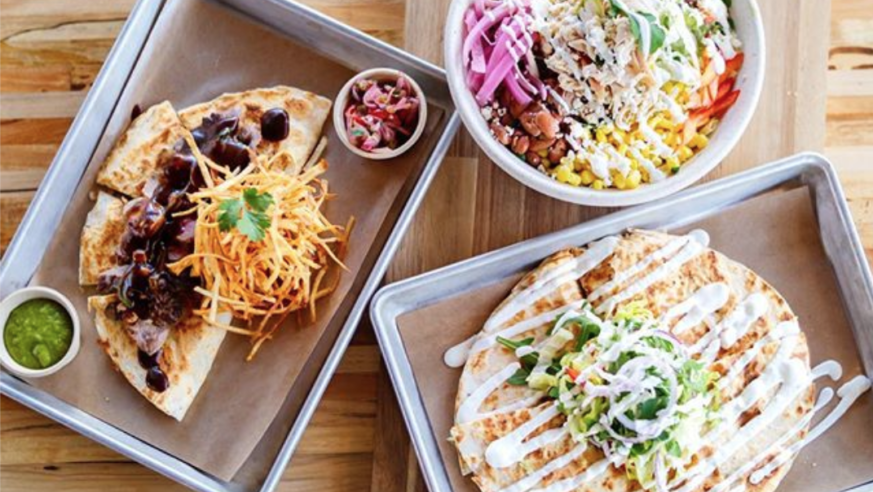 From coast to coast, food halls are transforming casual dining into a sophisticated culinary adventure.

These days, savvy travelers have a more sophisticated option for fast-casual dining thanks to the growing trend of multi-vendor food halls. A trifecta of choice, atmosphere, and affordability, the best of these large, usually urban-based, eateries offer something for everyone while reveling in the spirit of their surroundings. In addition to showcasing native chefs, products, and cuisines, many food halls also offer locally sourced wine and beer as well as cocktails. Traveling with a family? Now everyone can find something they like. From New York City to Plano, Texas, to Portland, Oregon, this fun and informal way of chowing down offers culinary freedom to tourists and resident foodies alike. 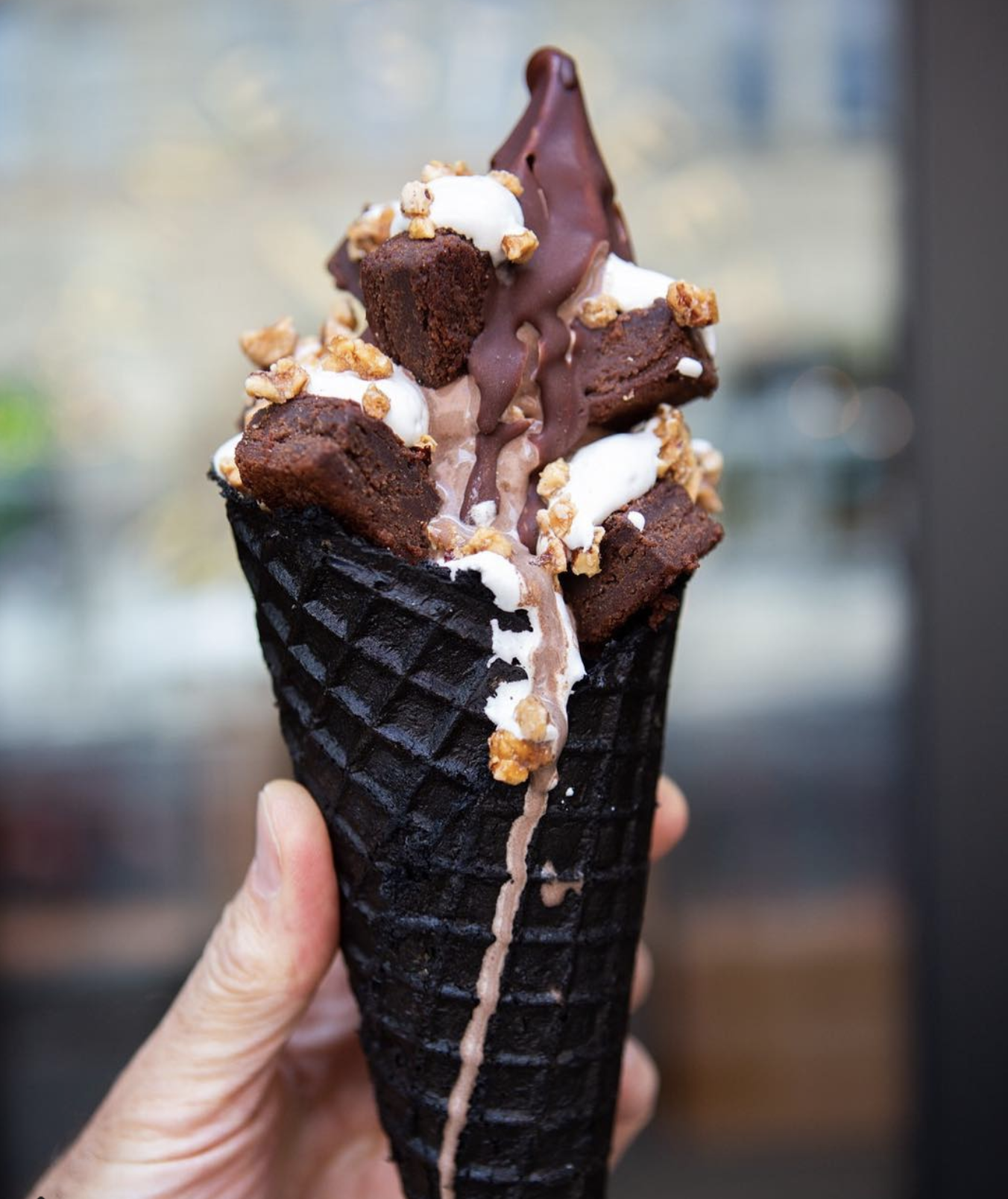 Nobody can accuse this Plano food hall of being modest. A giant three-story dining destination in the Legacy West, a business district, Legacy Hall (legacyfoodhall.com) proffers access to over 20 food and drink vendors, including award-winning chefs like John Tesar. Long known for Knife, his Dallas steakhouse, Knife Burger is his food hall debut. In addition to its size, this extensive space is courting Millennials with cutting edge features. To whit: it operates on a no-cash basis and offers a refillable gift card called a Hall Pass. It’s a nifty place to hit during happy hour, as there are nine bars to choose from, including one dedicated to cocktails made with Texas-based Tito’s Vodka. Happily, the food is just as momentous. Favorites include Freshfin Poke Co. for build-your-own Poke; Tex-Mex inspired FAQ (flautas and quesadillas) known for modern, authentic fillings like Texas brisket and chicken chorizo; and the Dallas-offshoot of Sea Breeze Lobsta’ and Chowda House, featuring a wild caught lobster roll, thick with tarragon and celery-rich mayo and topped with luscious drawn butter.

What happens in Vegas may stay in Vegas, but nobody has been keeping quiet about the city’s massive and evolving restaurant scene. A plethora of upscale eateries can be found in Sin City, fronted by marquee names like Nobu Matsuhisa, Guy Savoy, Wolfgang Puck, Rick Moonen and Mario Carbone. It only goes to follow that a food hall was the next step to entice the fast-casual connoisseur. Enter Block 16 Urban Food Hall (cosmopolitanlasvegas.com/block16), a massive dining complex recently opened on the Las Vegas Strip, inside The Cosmopolitan’s Boulevard Tower. With six regional eateries offering a small-format taste of their chef’s standout foods and drinks, you’ll find foodie faves like Andy Ricker’s Vietnamese cult classic Pok Pok Wing showcasing its well-known crispy fried chicken wings smothered in fish sauce and sugar; New Orleans’s District: Donuts. Sliders. Brew., serving 100 rotating doughnut flavors as well as handmade biscuit sandwiches and zippy nitro cold brew; and Takashi Segawa’s Tekka Bar: Handroll & Sake turning out its signature spicy, creamy, crunchy Tekka Tuna roll and a wide range of sake to wash it down.

Workshop (workshopcharleston.com) was originally founded as a rotating, fancy food court to help stoke the creative fires of local chefs. Now a daring food hall housing six kitchens with five stalls, it also doubles as an incubator for new business ideas and concepts from creative locals. And because the stands are swapped out each season, it fosters a fun, exploratory, and adventurous atmosphere for foodies of all stripes. The current line-up includes Thai Phi, the brick and mortar debut from the Vietnamese food truck of the same name, a Charleston favorite. Or hit Pink Bellies, where you can munch on crispy, panko-encrusted avocado fries and fried chicken skins with a spicy chili sauce bath, or Cuban/Southern eatery Spanglish Cuban Kitchen, which focuses solely on southern ingredients like the Edwards Country ham and TN Alpine cheese in the melty, chewy El Cubano sandwich. Thursday through Saturdays catch Merrows Garden Bar, a pop-up pouring a rotating selection of organic, biodynamic and small-batch wines by the glass or bottle.

Al fresco dining is nothing new for Miami’s swinging restaurant culture. And though the urge to see and be seen has always gone hand in hand with the tropical swagger of the city’s culinary scene, the Wynwood Yard (thewynwoodyard.com) is a breath of fresh air—combining pop-up food stands with the cutting-edge art, entertainment, design, and entrepreneurial communities. This summer brought Charcoal, the food hall's first full-service restaurant, offering a beer garden, tapas, and a rotating, wholly seasonal menu of local meat, poultry, fish, and produce. Other current stalls include World Famous House of Mac, known for its indulgently creamy pasta bowl packed with five melted cheeses and truffles. (There’s also a vegan version.) Can’t make up your mind? Try the Friday night Taste of the Yard. $25 will score you five samples of food and drink.

This 24,000 square-foot food hall (revivalfoodhall.com) and marketplace located in the Chicago Loop occupies the first floor of the historic National building, a circa-1907 bank designed by legendary architect Daniel Burnham. A varied collection of 15 stalls feature many spin-offs of neighborhood restaurants as well as some wholly new concepts from up-and-coming local chefs. The newest stands include Lito’s Empanadas, serving up elevated Mexican turnovers filled with everything from ground beef, rice, and a slightly spicy salsa to a blend of apples, caramel and cinnamon sugar. There's also Duck Inn’s new concept, Duck Inn Dogs, revolving around specialty beef and duck fat hot dogs with seasonal toppings like kimchi and house-made pickled hot peppers. Debuting in September, cutting-edge sushi spot Tomi will also feature a robot which quickly assembles high-quality rolls for a reasonable price.