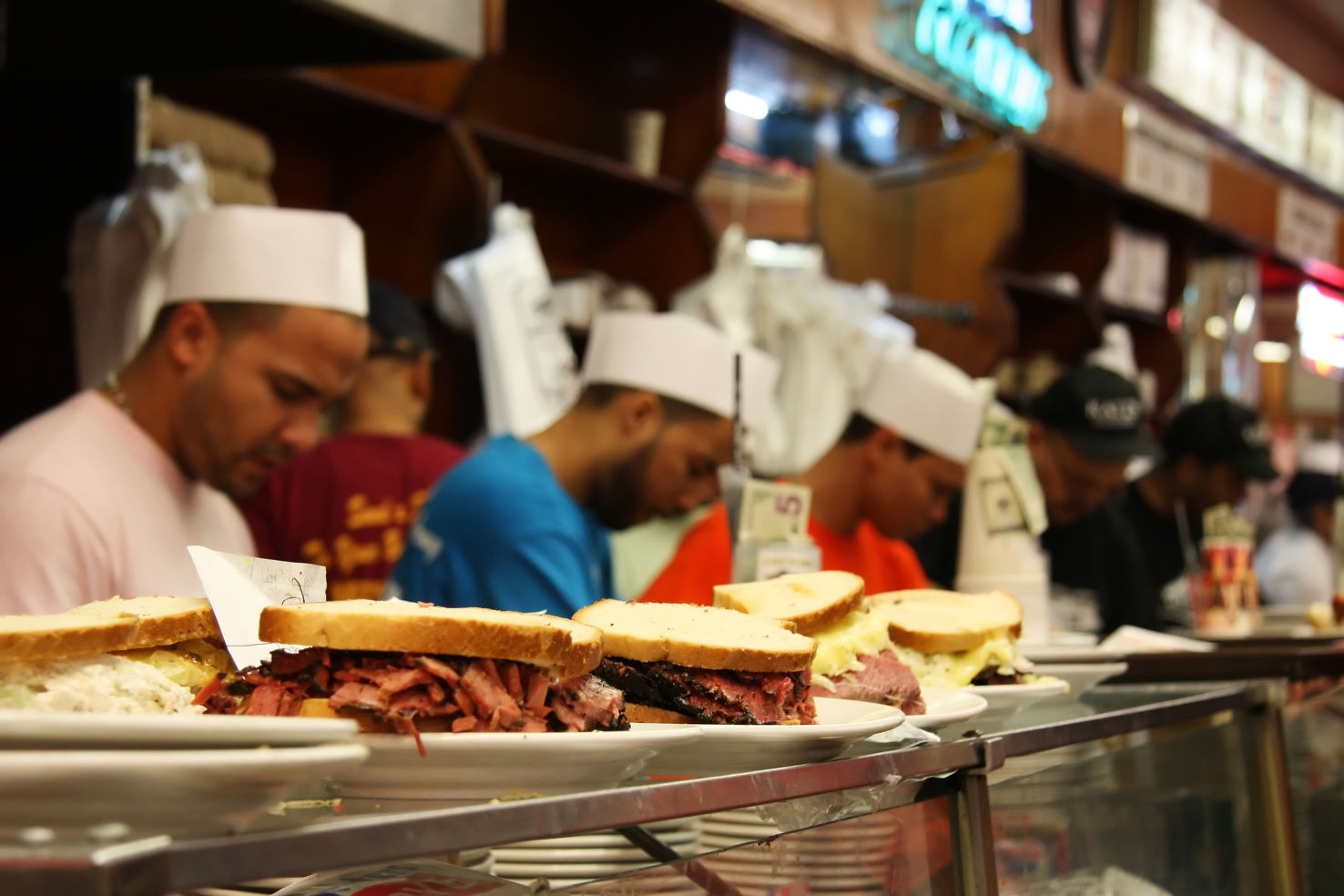 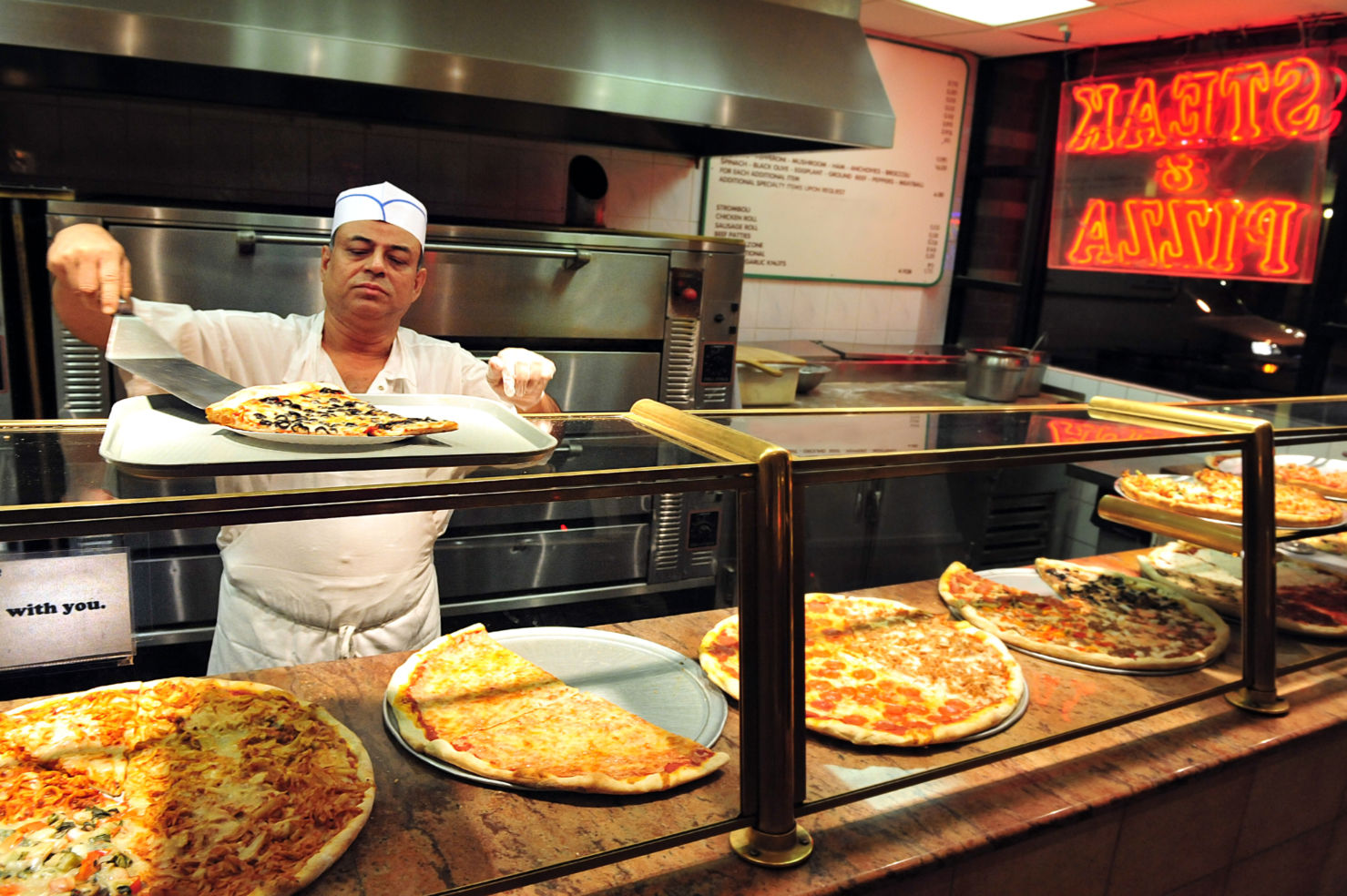 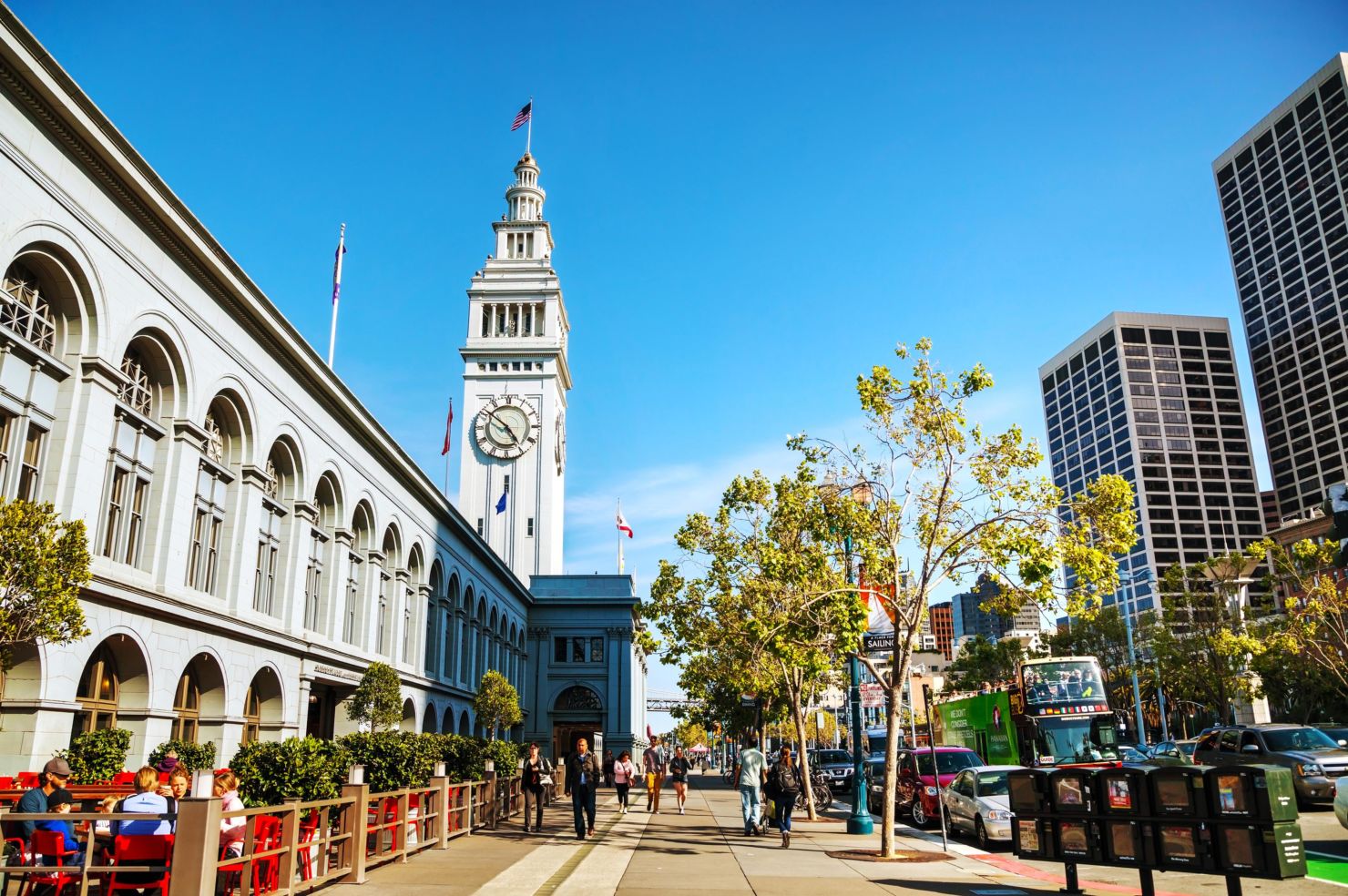 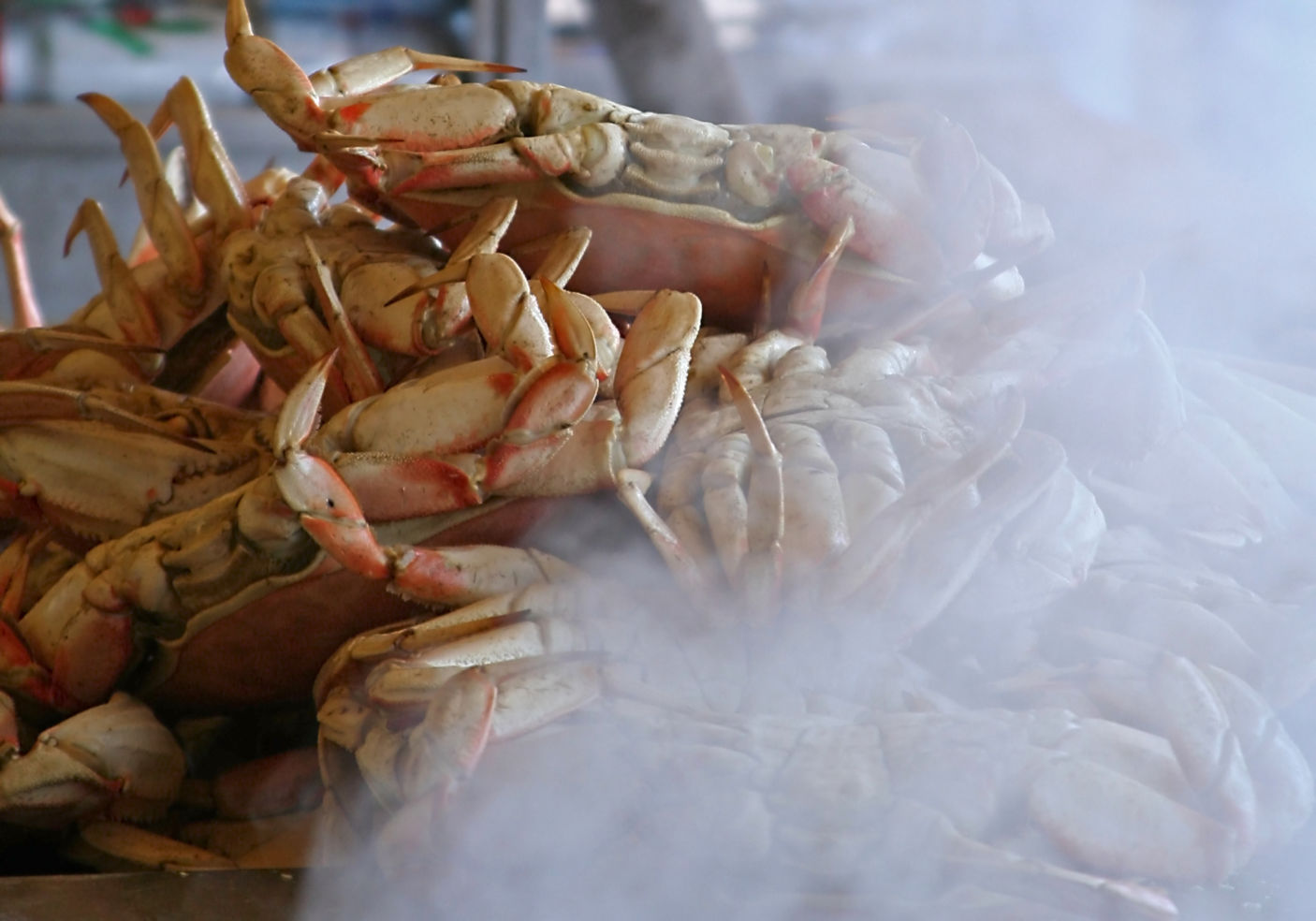 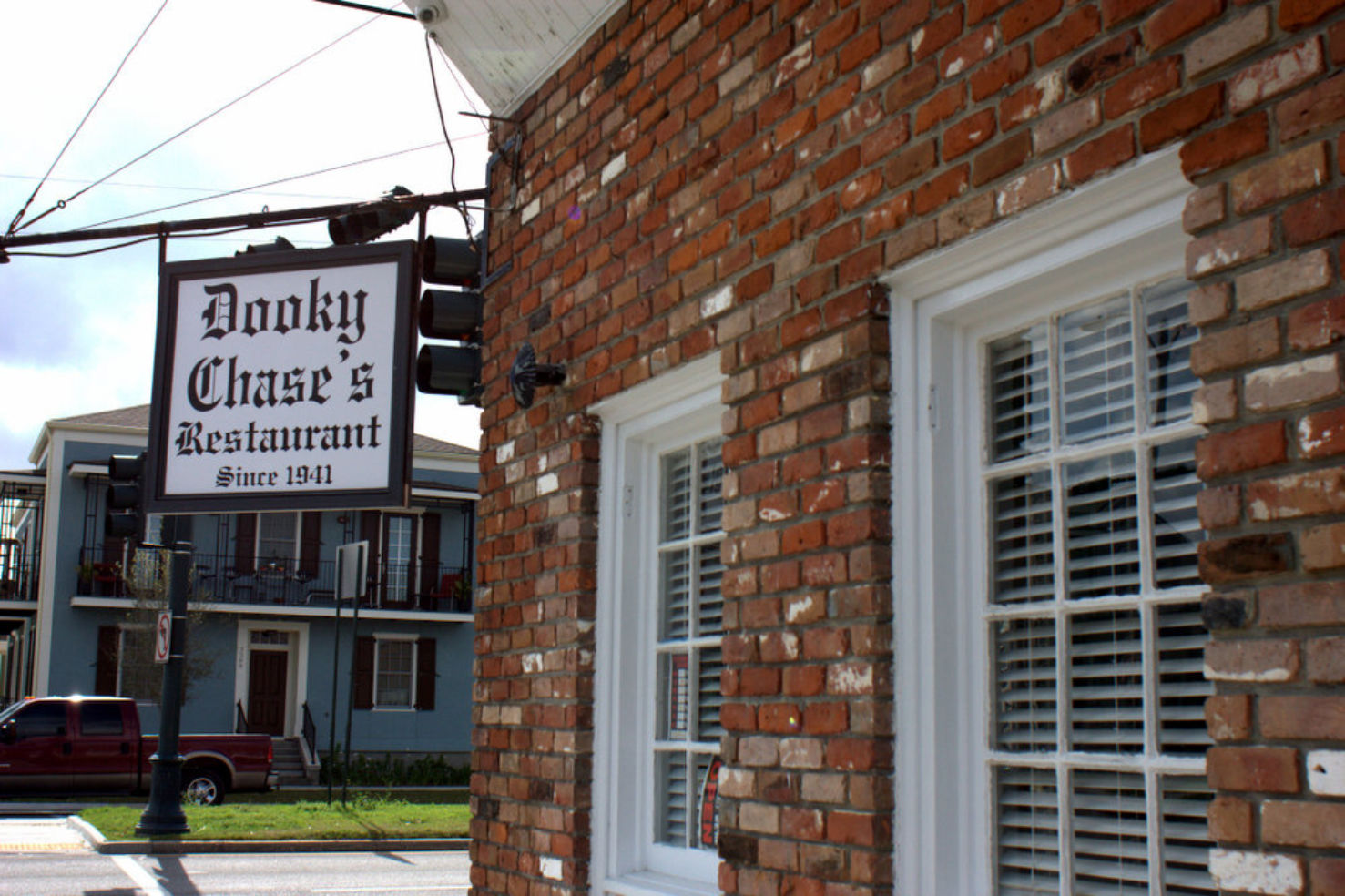 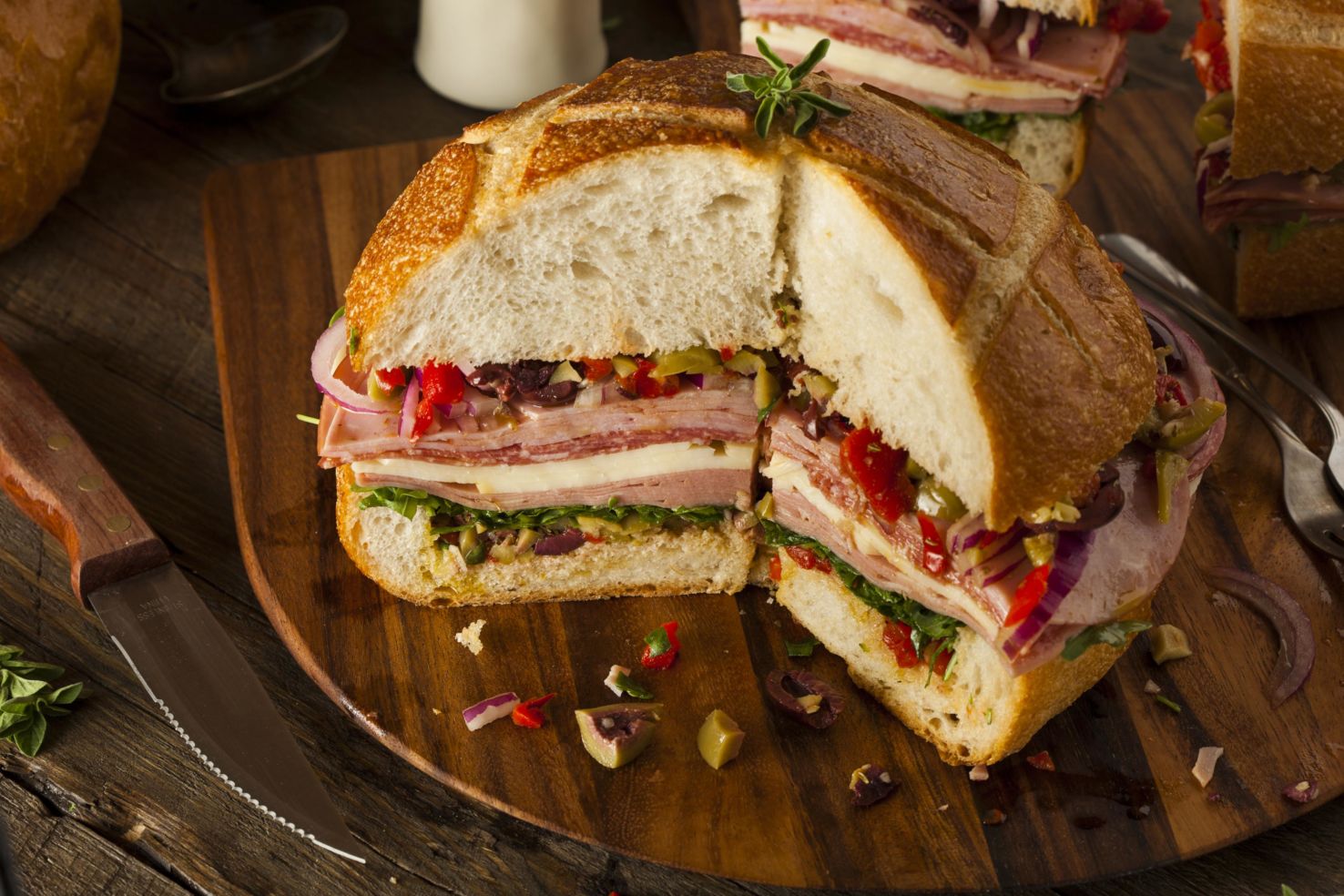 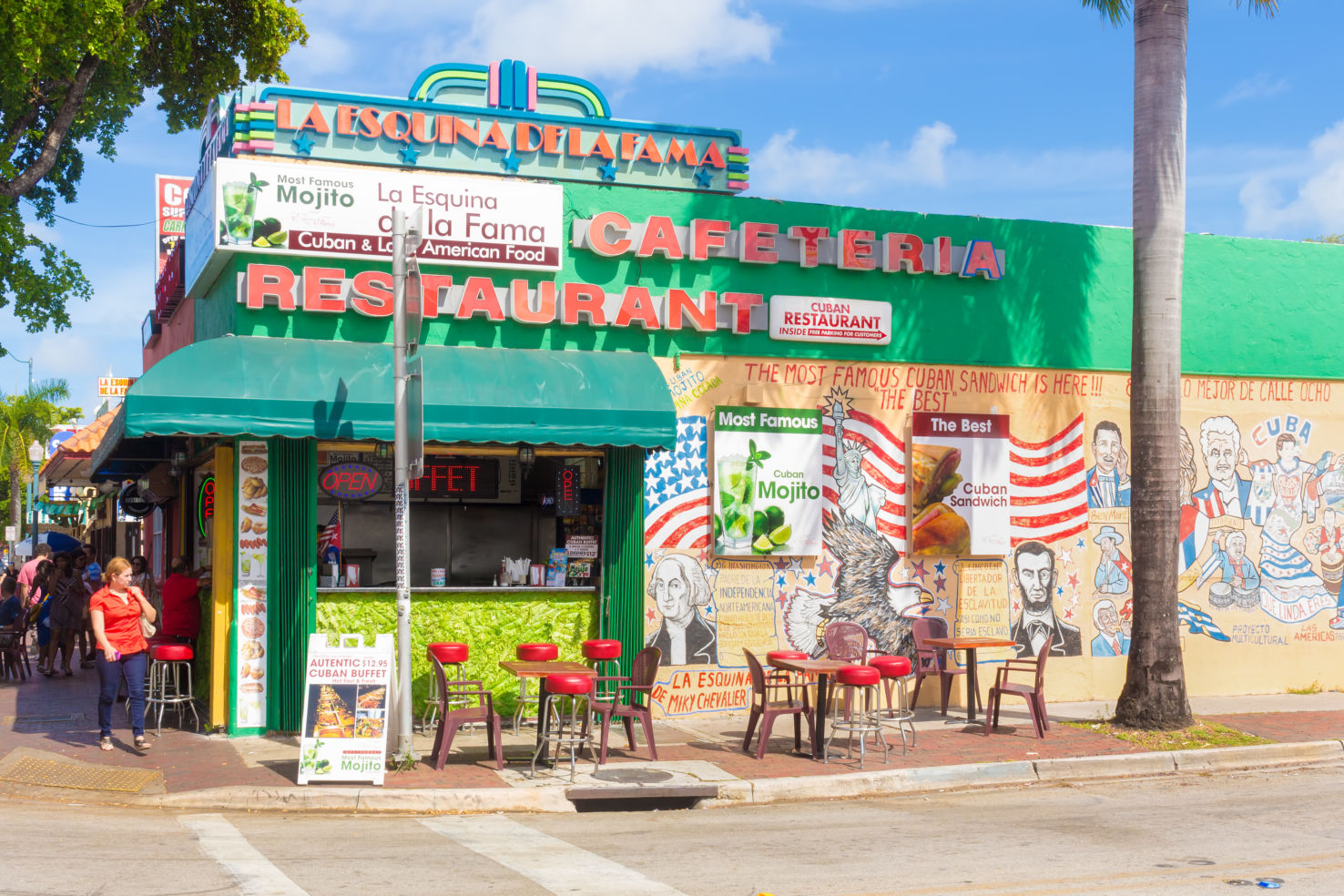 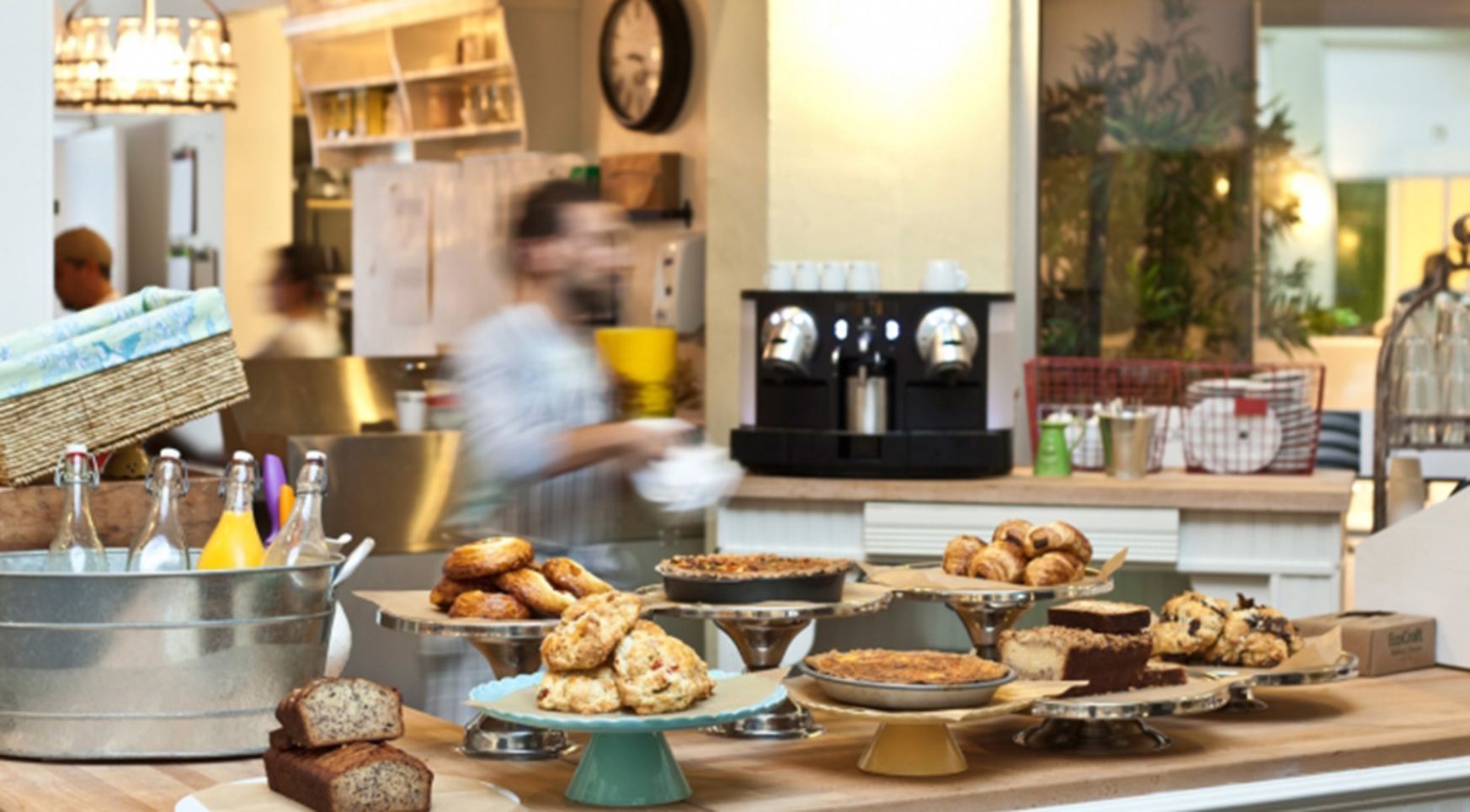 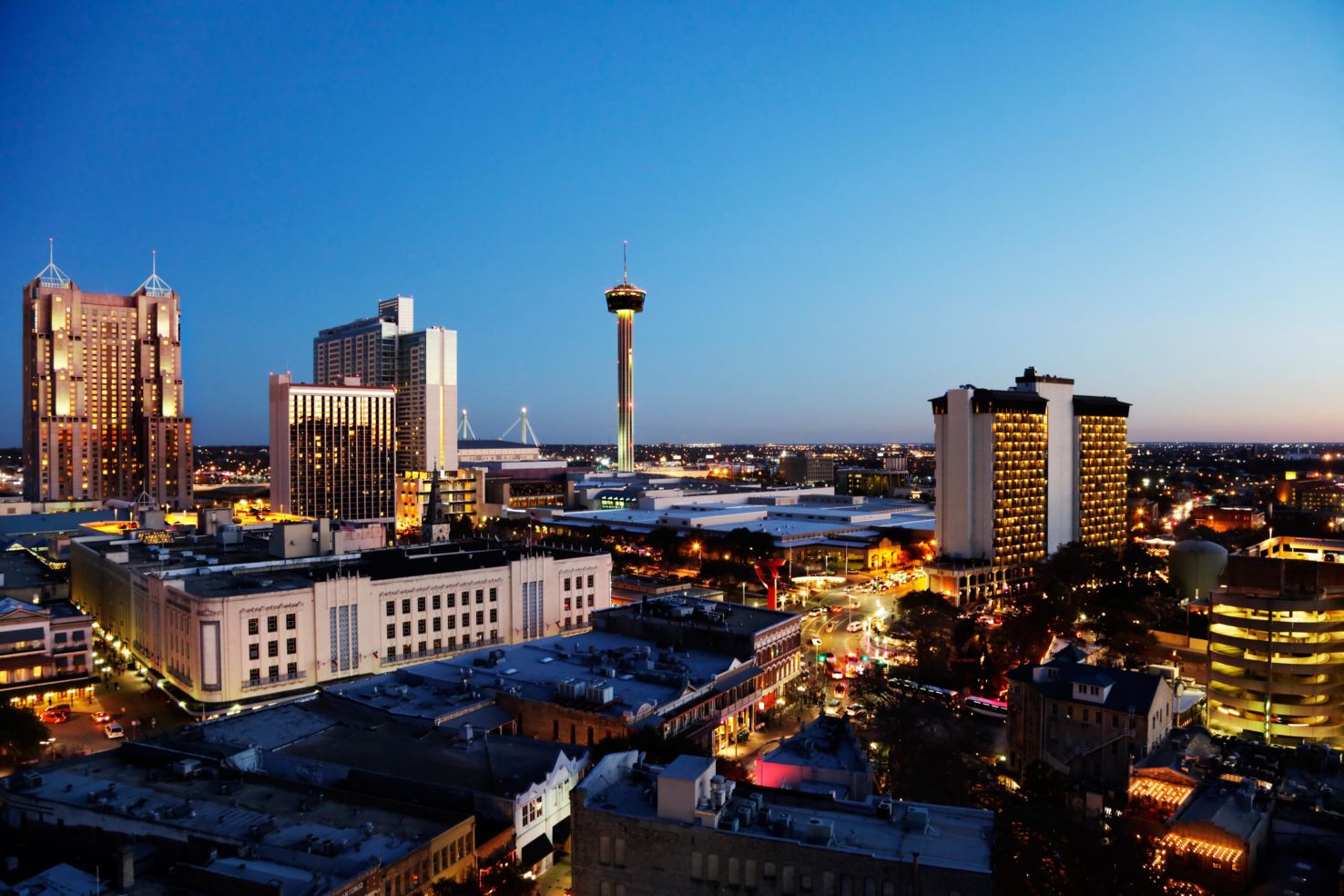 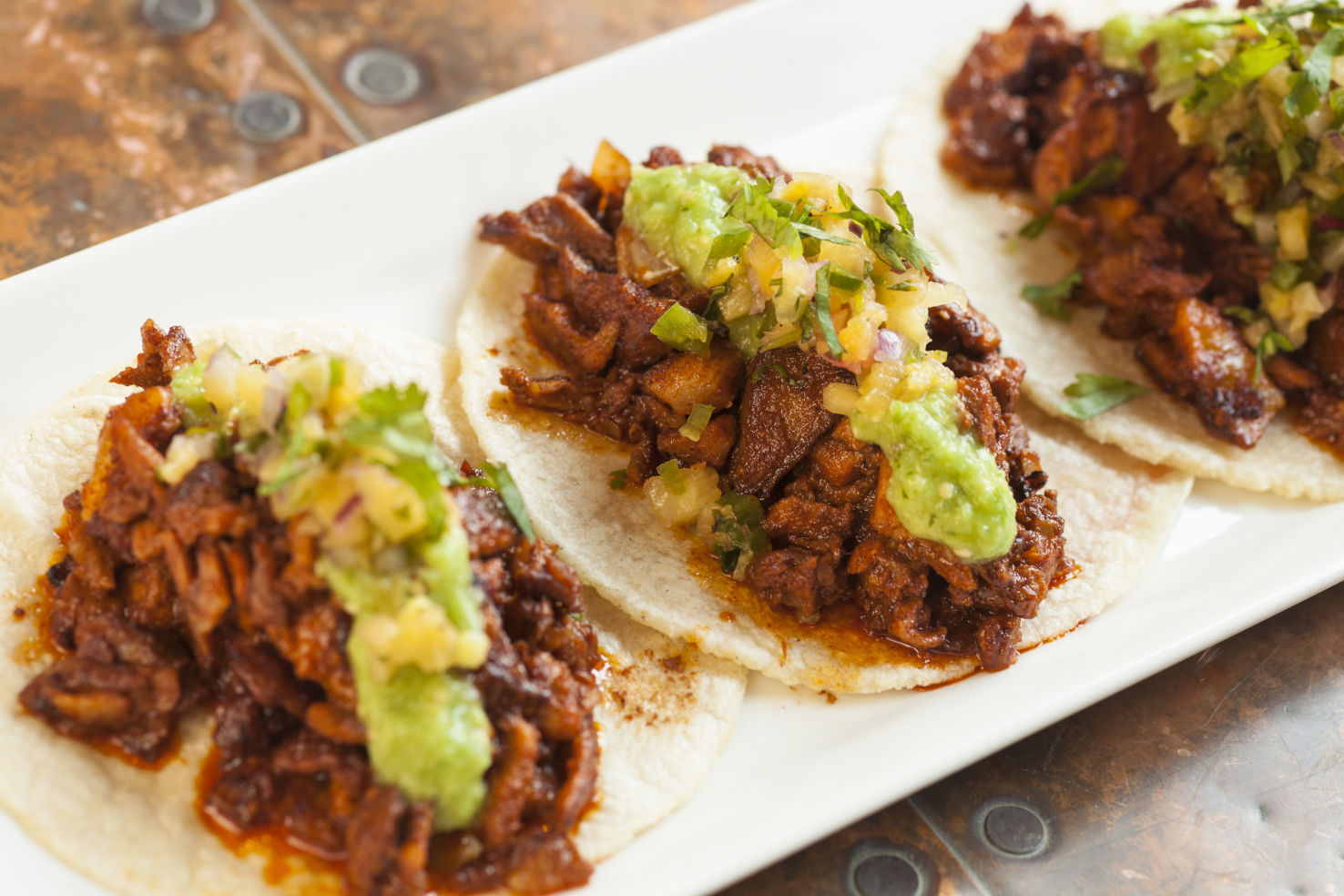 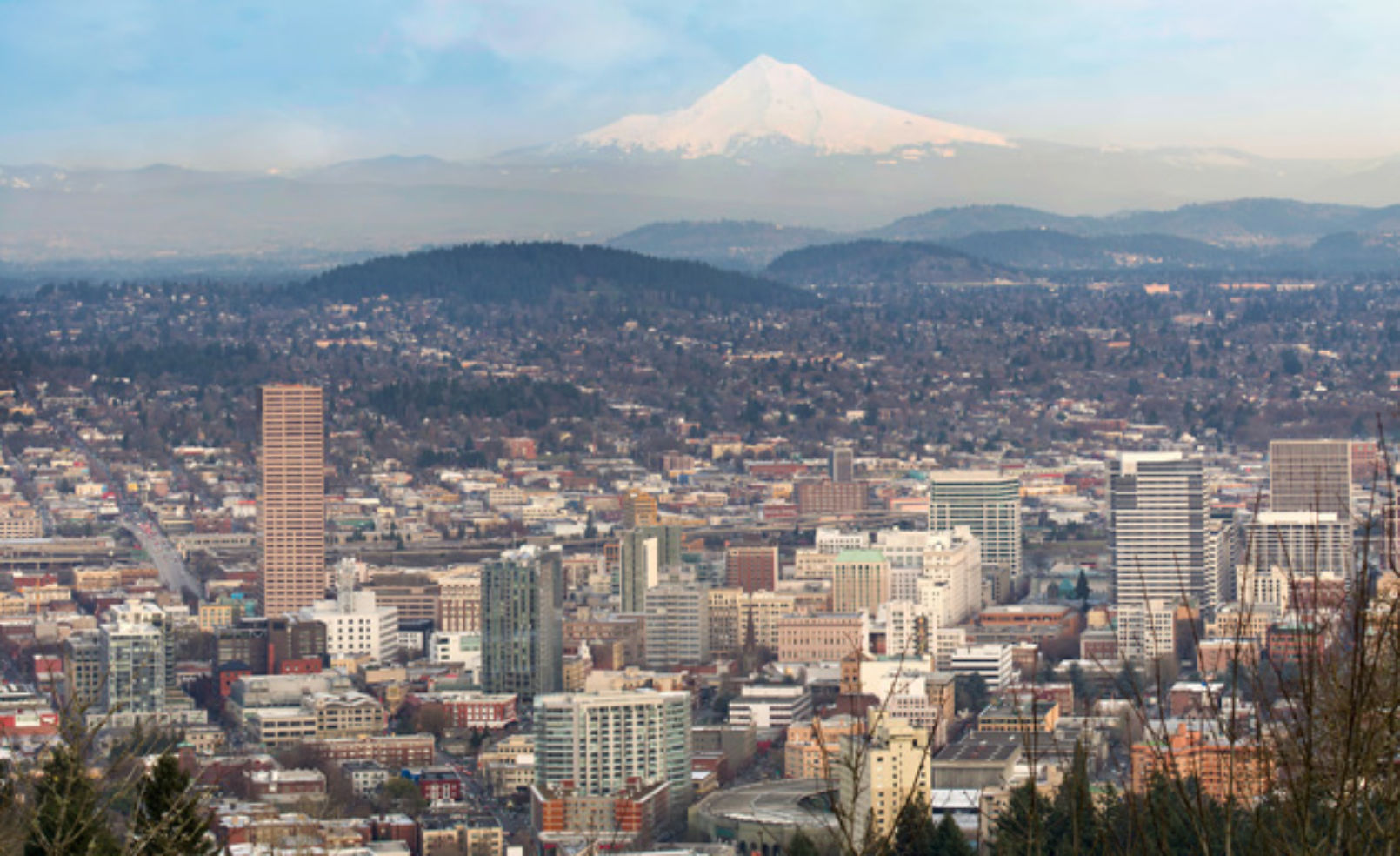 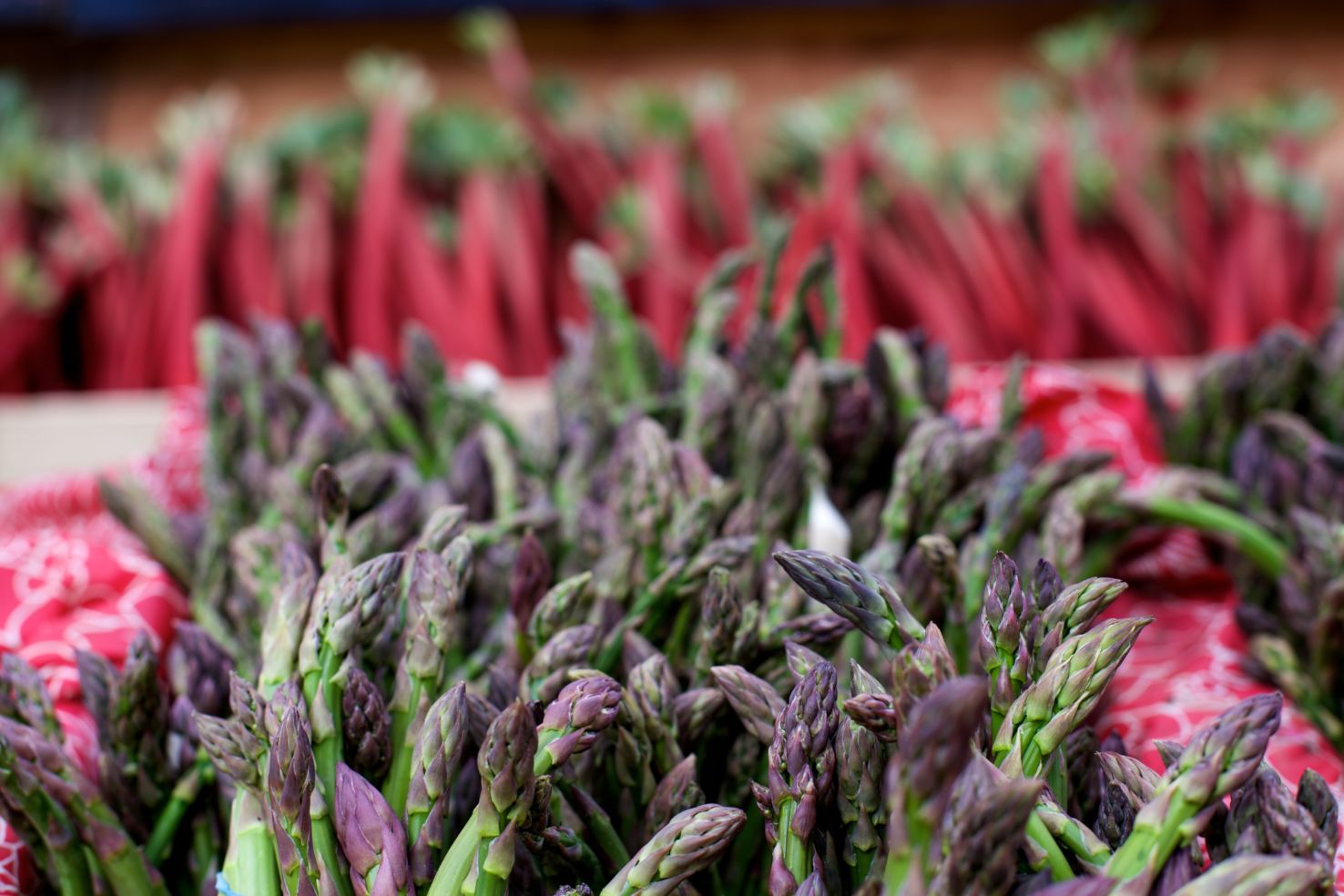 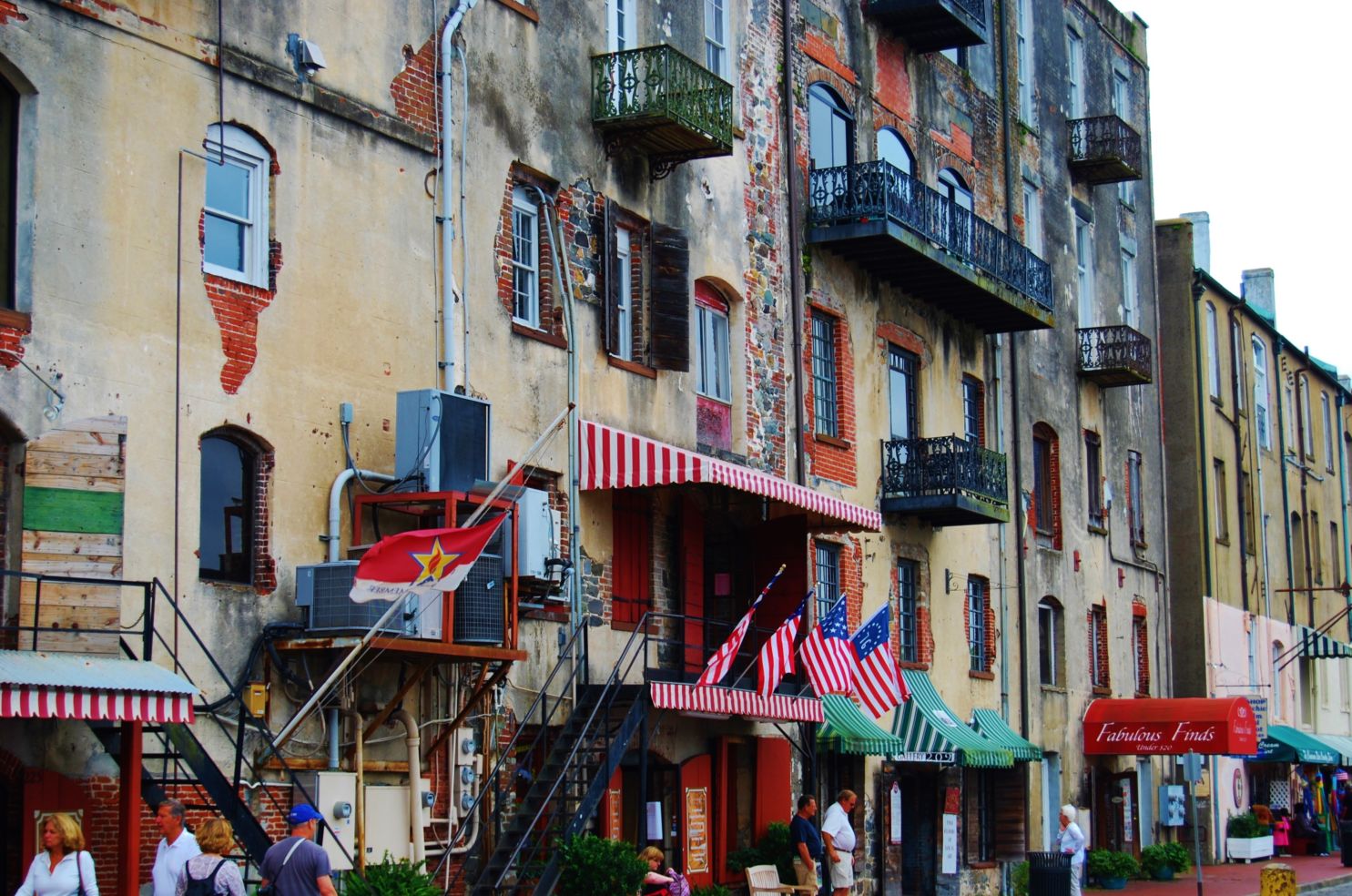 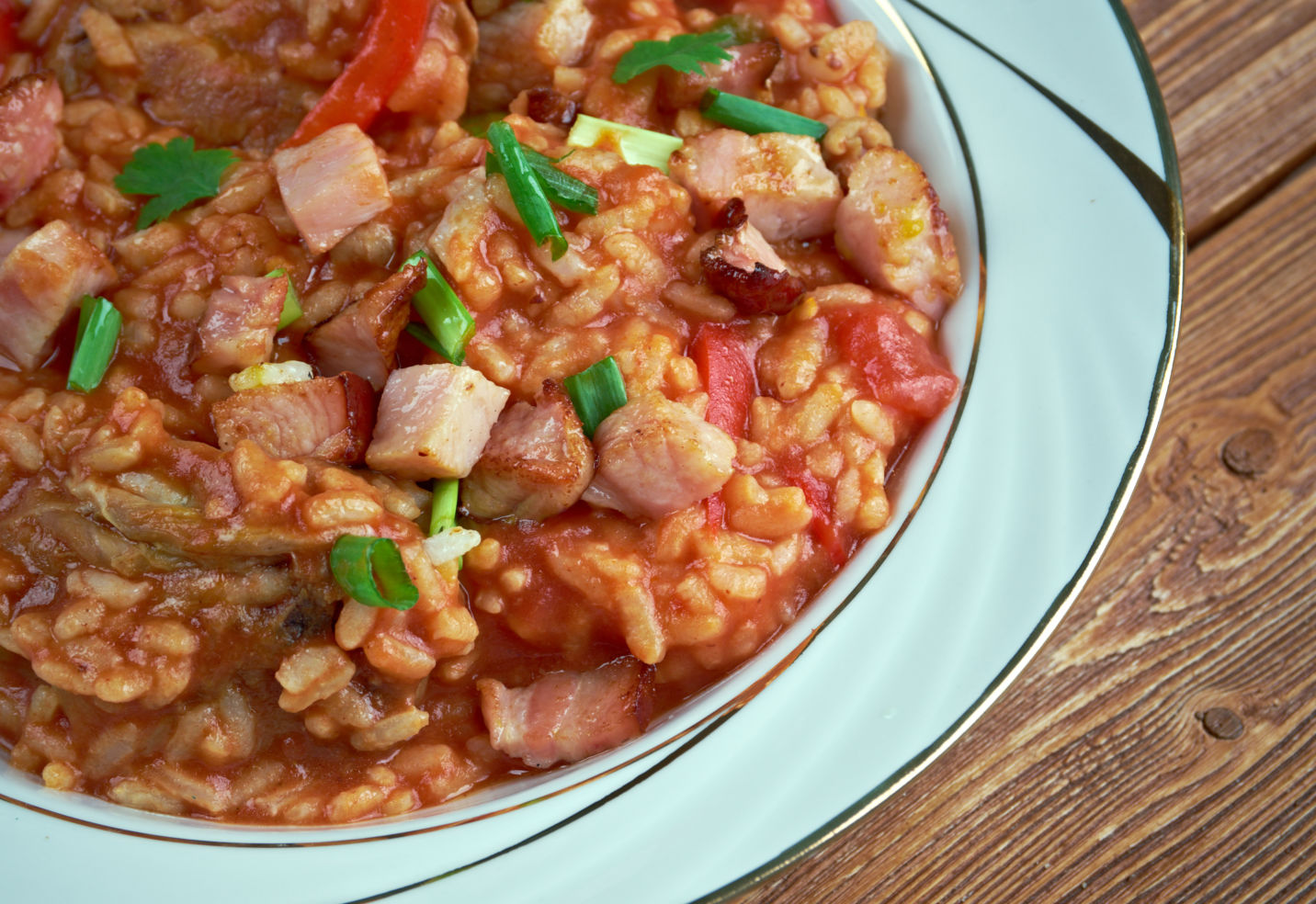 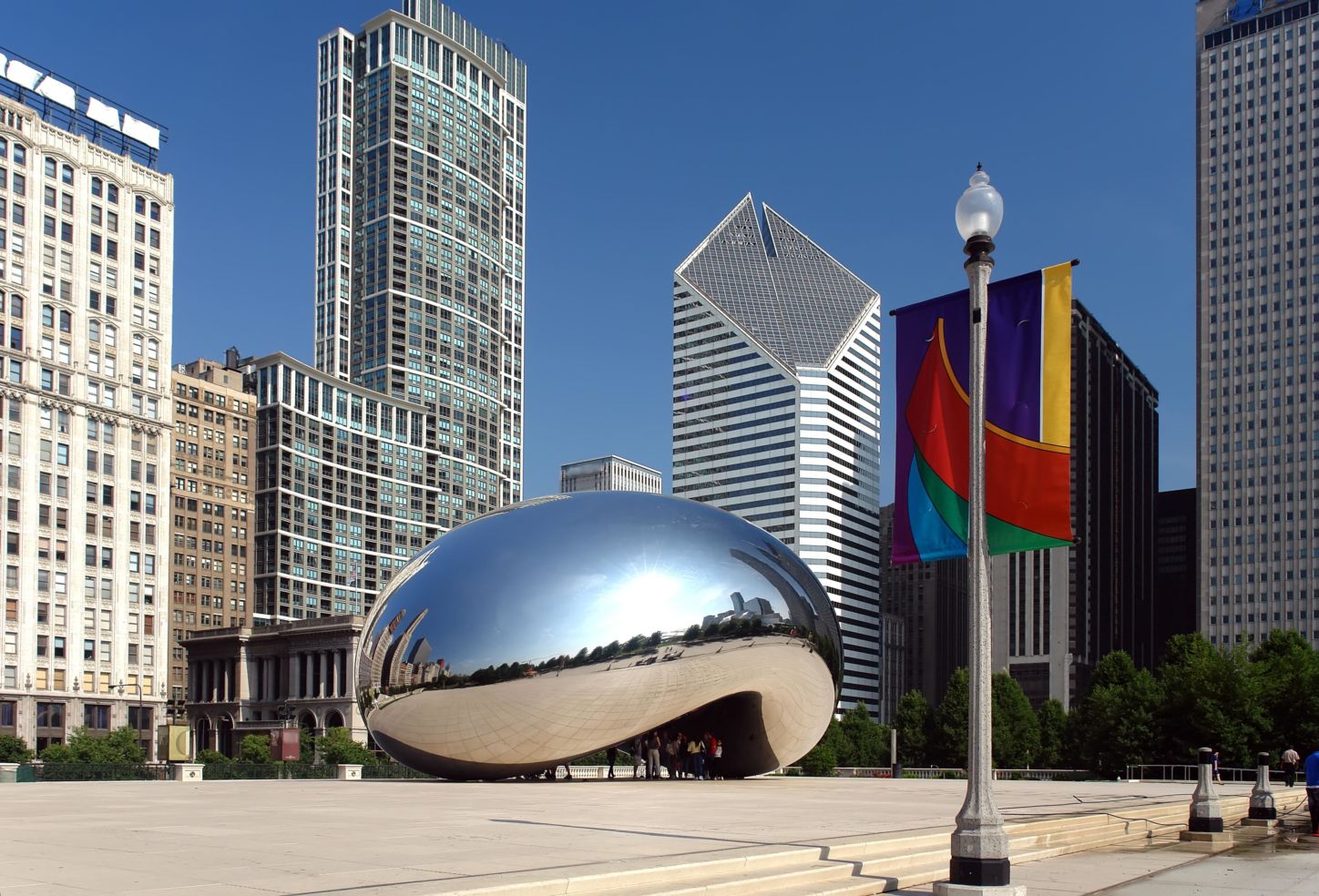 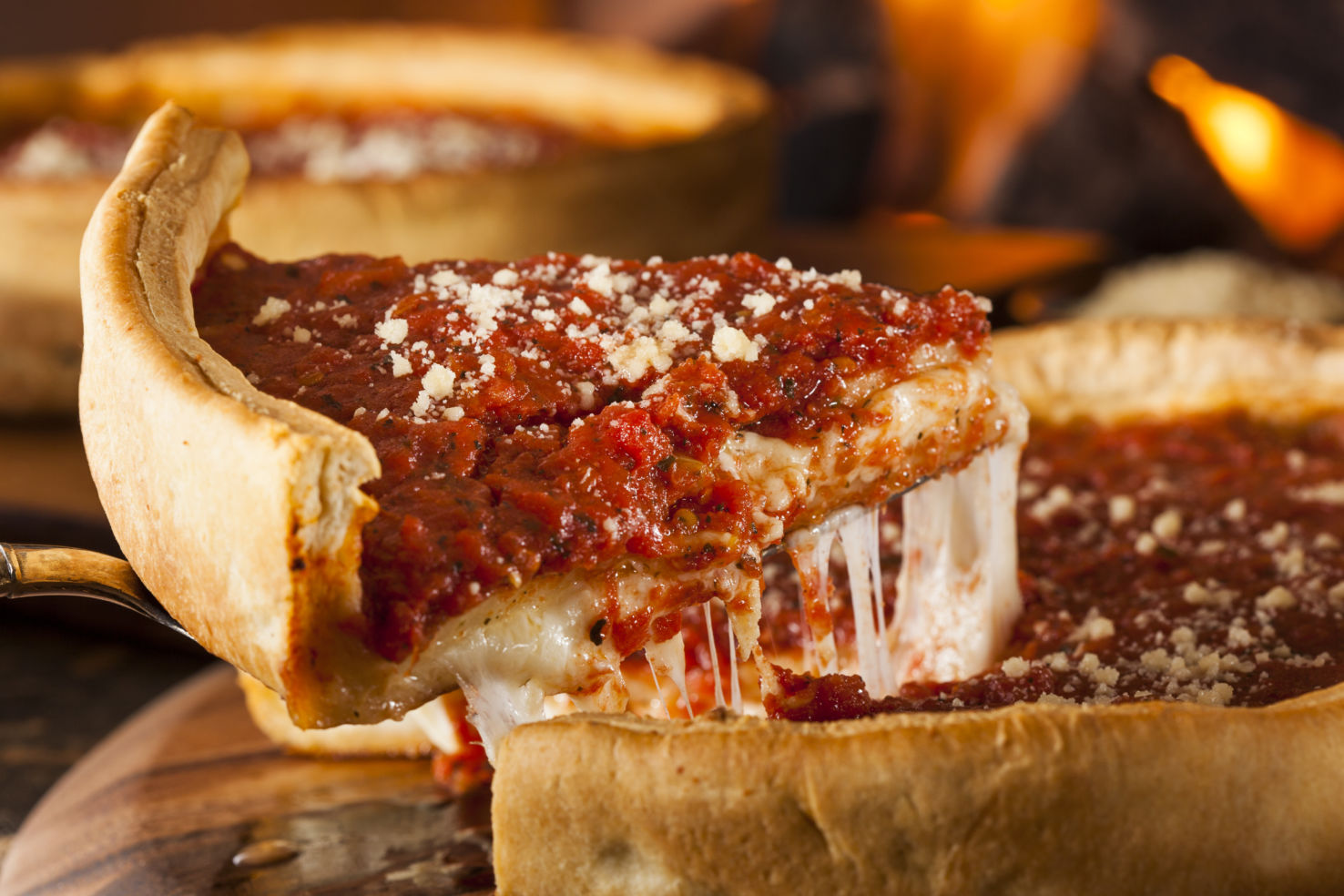 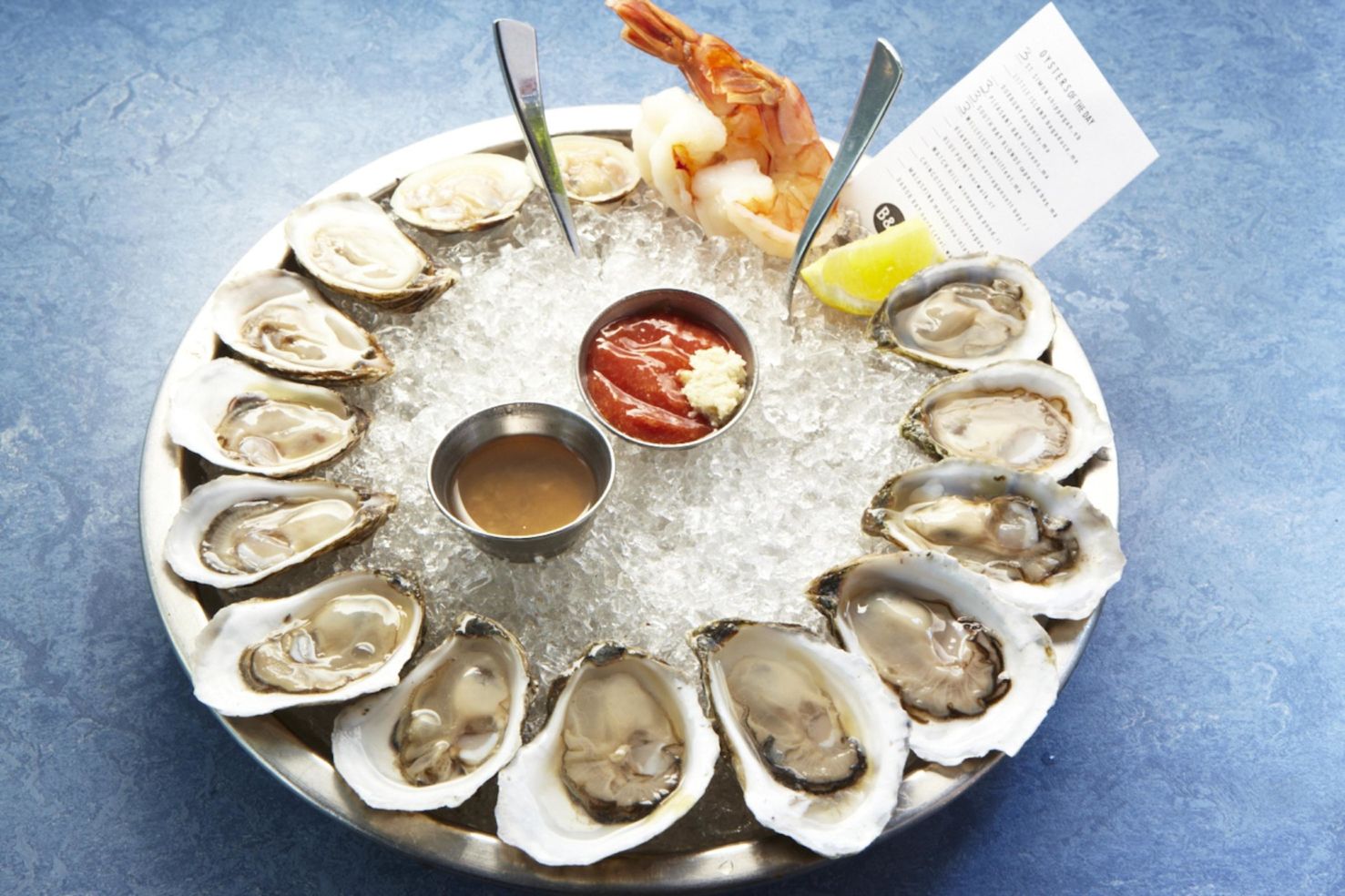 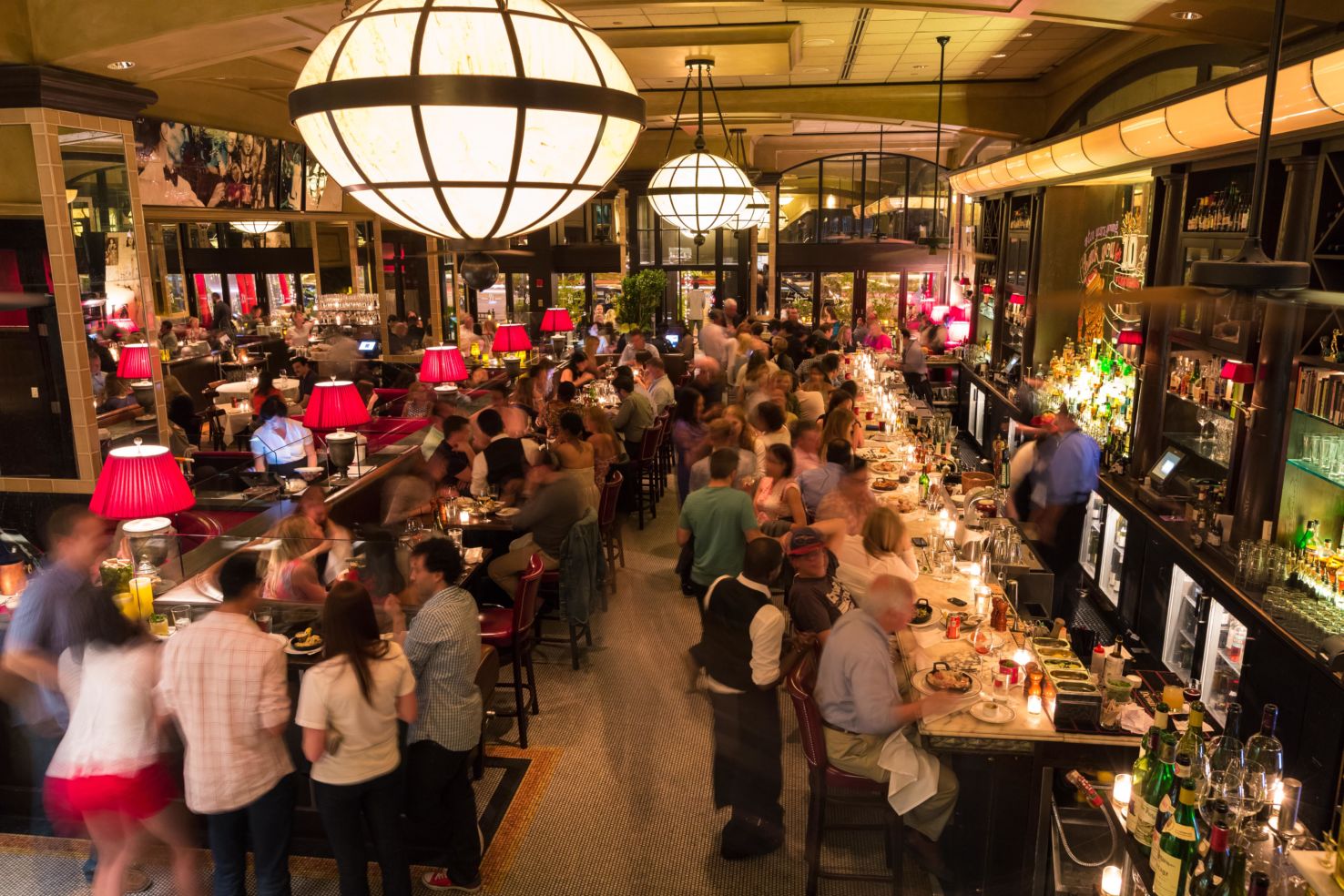 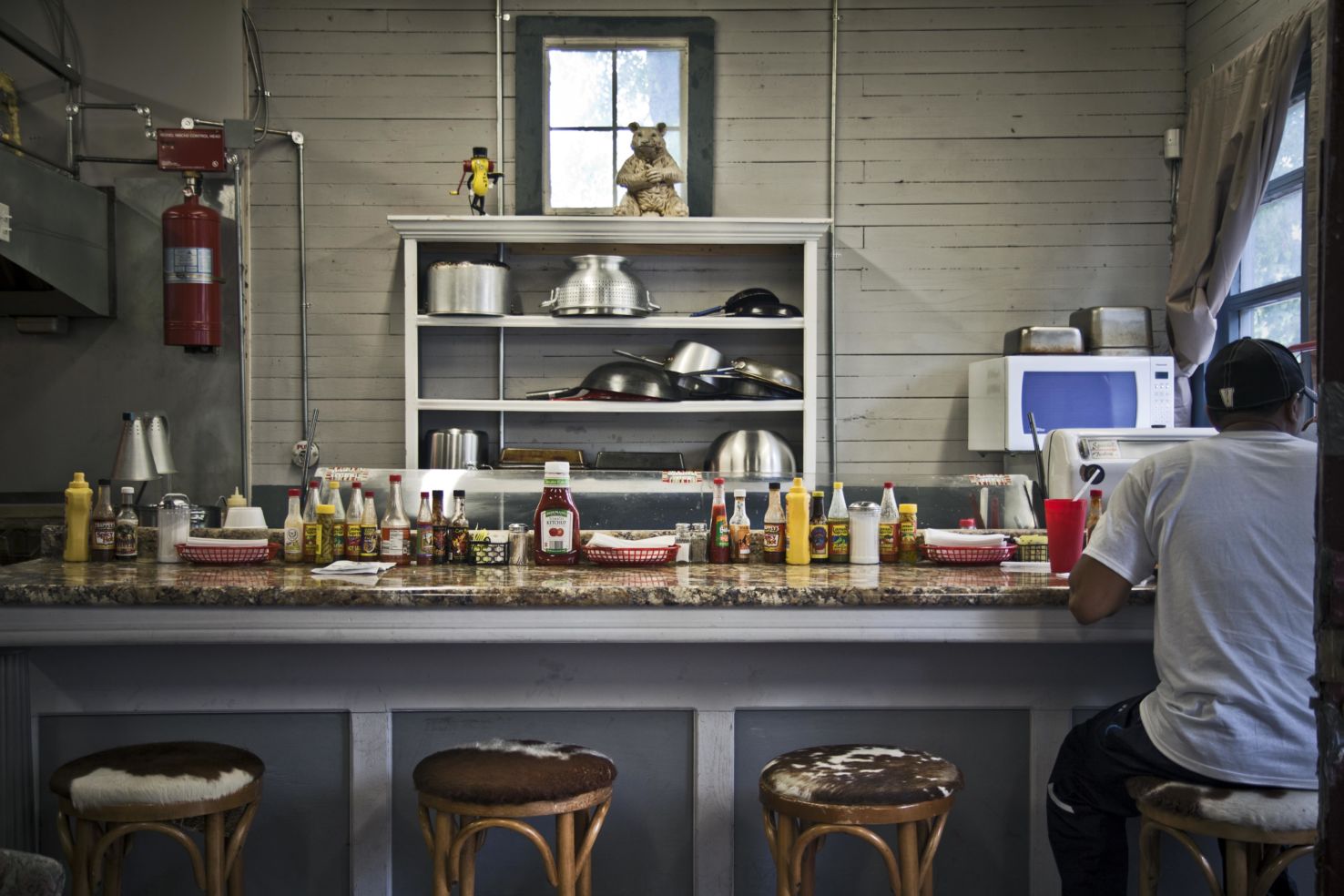 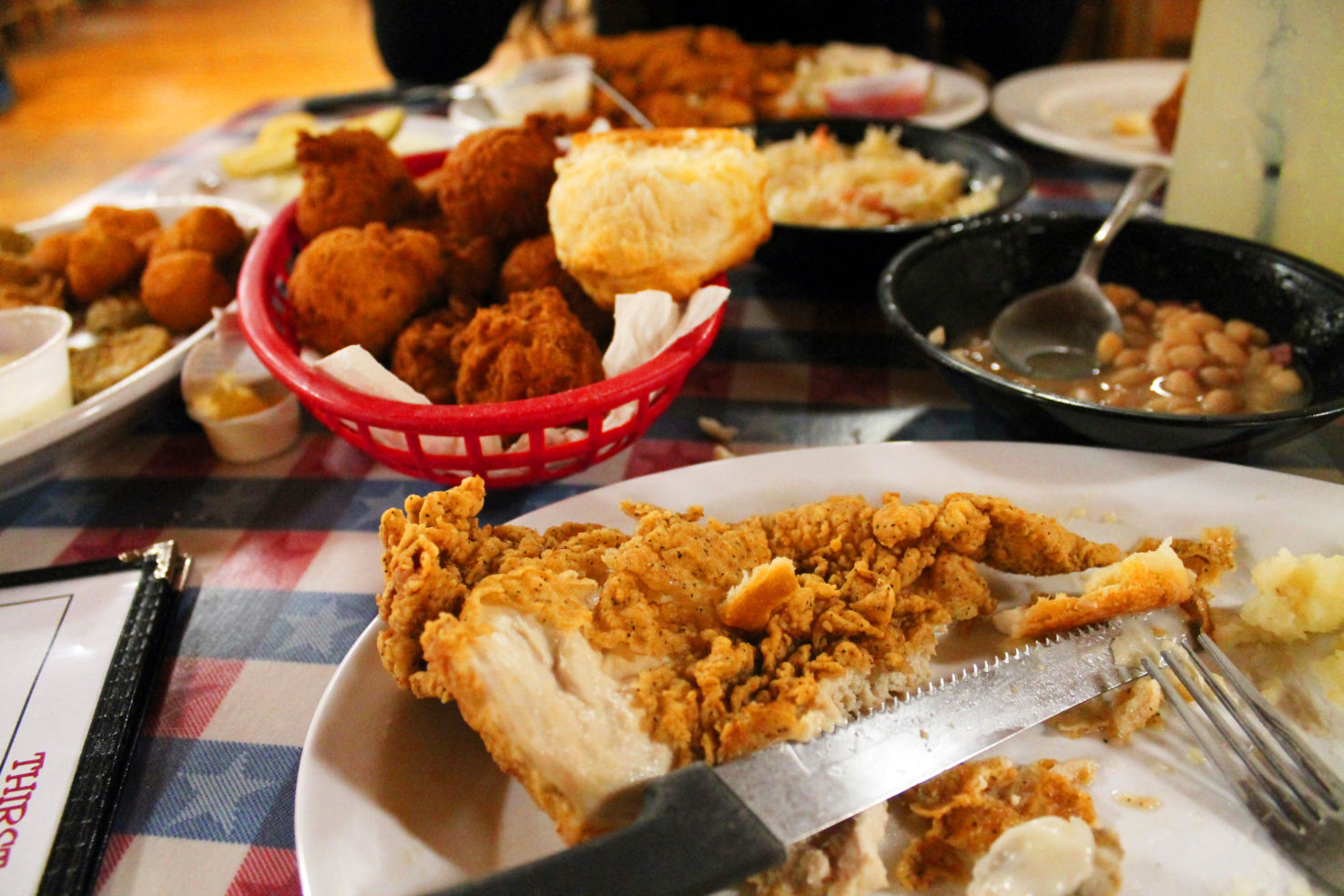 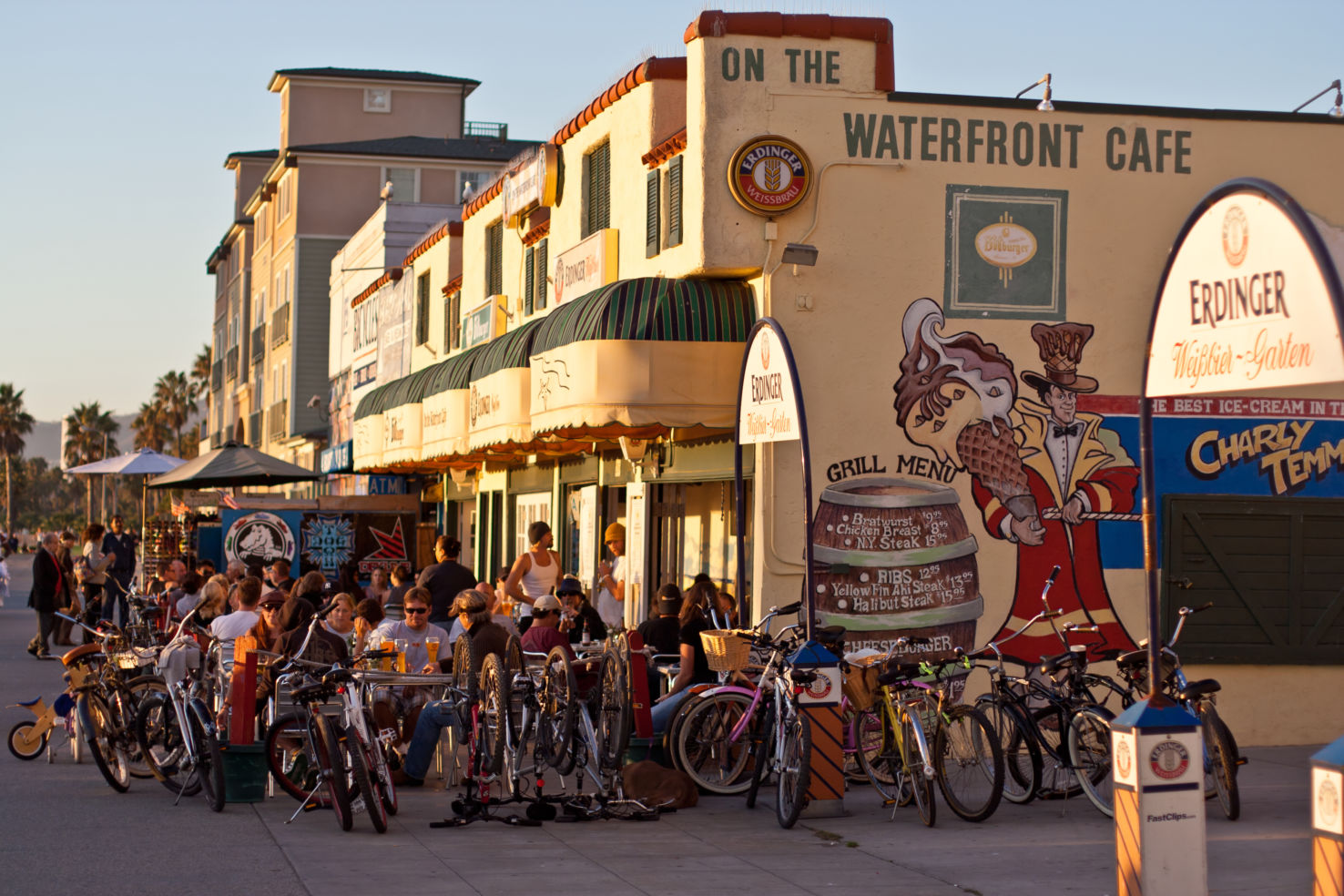 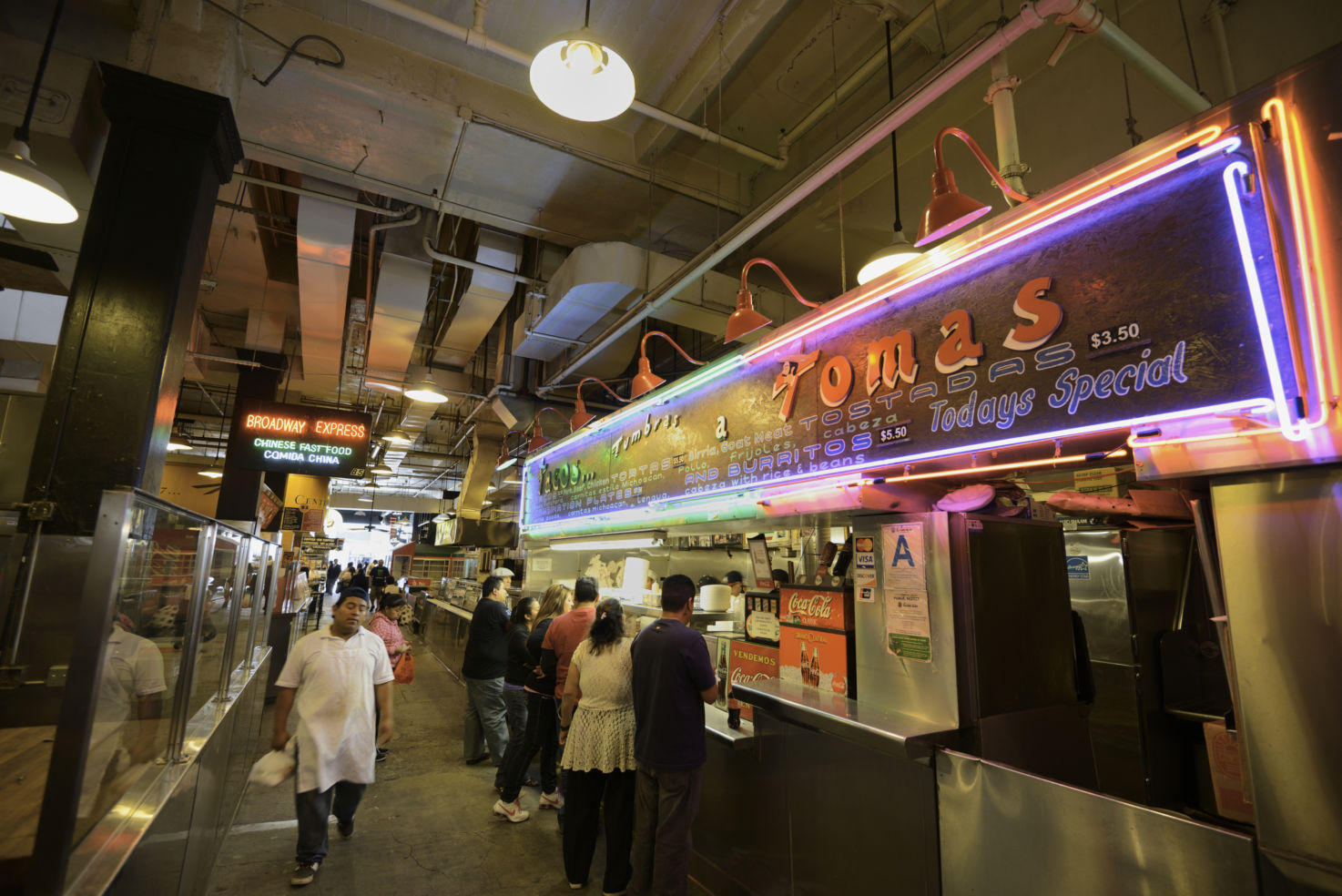 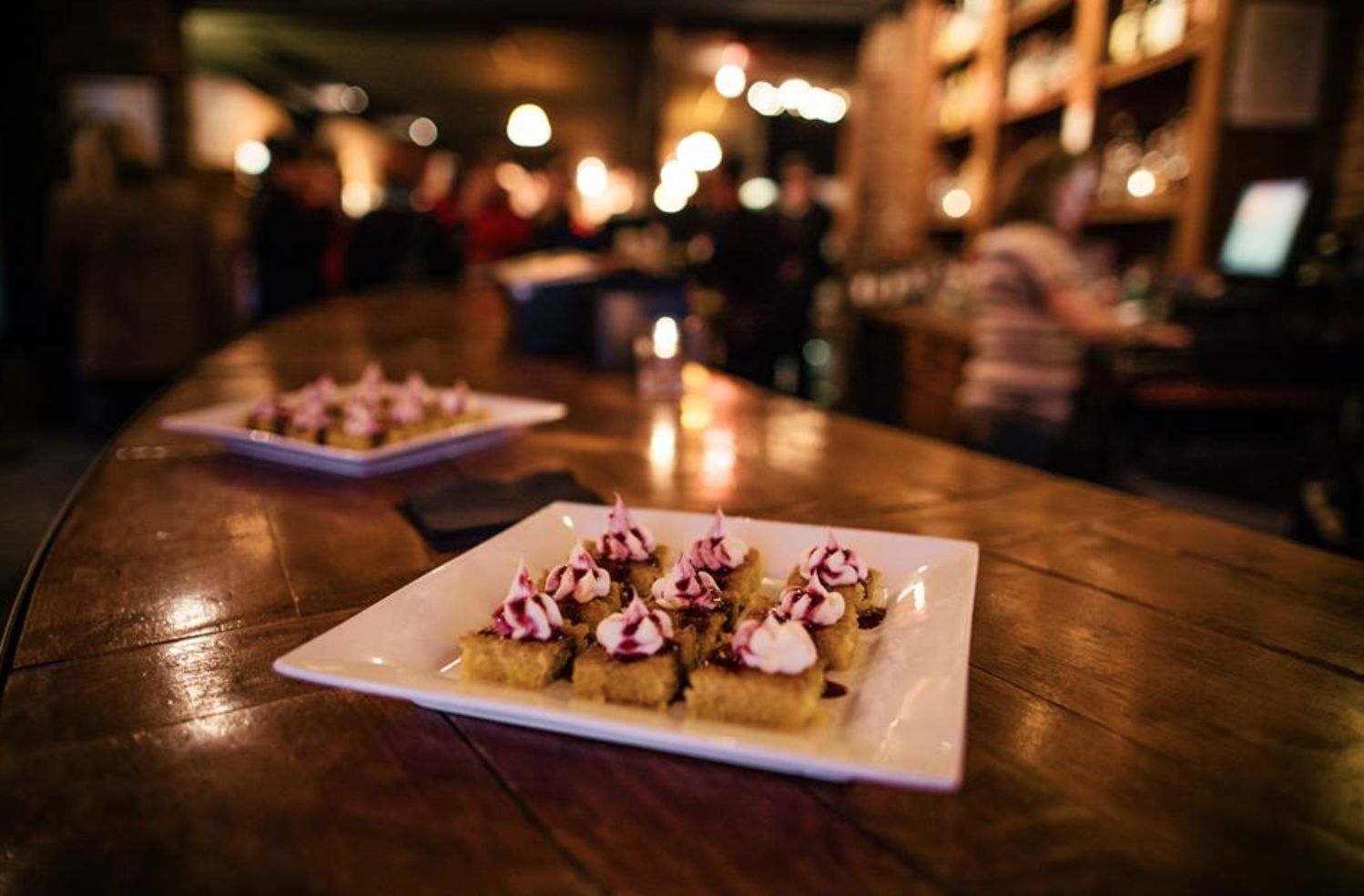 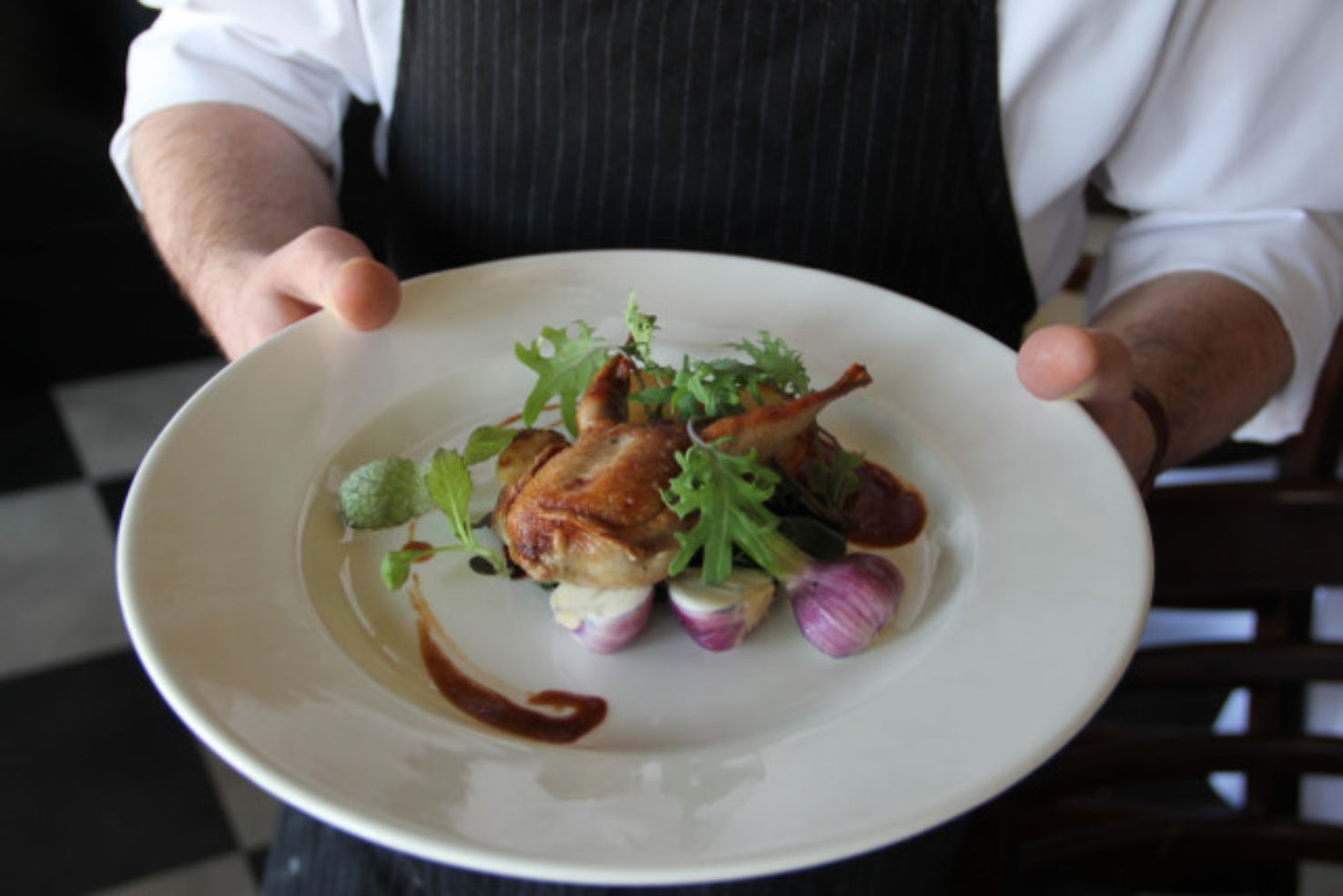 NEW YORK CITY: New York is America’s melting pot, and that’s especially true of the food options. Deli fare, Americanized versions of the food Eastern European immigrants brought to the US, are some of NYC’s most classic eats. (Pastrami on rye, anyone?) There’s no better place to try them than Katz’s. Just be warned: the lines are epic. And yes, it’s worth the wait.

SAN FRANCISCO: The Ferry Building (pictured above) is San Francisco in a microcosm. Locals shop here for groceries, what with the thrilling variety of farmers, cheese mongers, bakers, butchers and fish vendors to choose from, but the complex is also home to a range of casual cafes and restaurants, all of which make use of the ultra-fresh food outside their doors.

SAN FRANCISCO (continued): When Dungeness crabs are in season (November through June), they are the darlings of any chef worth his weight in seafood. Whether dressed up in fancy accoutrements at the city’s high-end dining temples or served piping hot from street vendors, these simple and sublime treats are a must.

NEW ORLEANS: In New Orleans, food and culture are one and the same. Some of the city’s most iconic institutions are restaurants, like Galatoire’s, Commander’s Palace, Napoleon House and Dooky Chase’s (pictured here), which has been known to welcome guests like President Obama and Quincy Jones.

NEW ORLEANS (continued): While the city has its share of James Beard Award-winning chefs and high-end dining temples, most of the signature foods that makes New Orleans a culinary destination are grab’n’go eats, like oyster po’boys, biegnets (with coffee, of course) and the muffaletta (pictured here), a decadent stack of Italian deli meats, cheese and olive salad on special French-style bread.

MIAMI: The legendary cuisine of Cuba is, of course, available at every turn in Little Havana, but considering that Cubans make up almost a third of the city’s population, it’s no surprise that there are plenty of cubanos, chicharrones and ropa vieja to be had at laid-back cafés throughout the city.

MIAMI (continued): Miami's Design District is arguably one of the hippest neighborhoods in the region. Go for the amazing shopping but stay for the equally exciting dining scene. Cheery sweet shops, modern bistros, hip pizzerias, relaxing cafes and stylish cocktail bars are just a few of the options where you can refuel while you shop.

SAN ANTONIO: Tex-Mex and deep-fried everything are the foods by which most people remember the Alamo City, but like so many other cities in the Lone Star State, the fall-off-the-bone grilled meats offered here rank high on 'cue-lovers’ must-try list.

SAN ANTONIO (continued): Long before tacos became a staple on the menus at the legions of hip eateries in the northeast, they were pretty much a food group in Texas. San Antonio’s offerings are an embarrassment of riches.

PORTLAND, OREGON: When you’re on the hunt for amazing eats in Portland, don’t try looking up restaurant addresses. In a town known for its seasonal and organic ingredients, some seriously creative and budget-friendly eats are served from food trucks, many of which have a cultish following.

PORTLAND, OREGON (continued): The farmers’ market in Park Blocks is just one of the many Shangri-Las of fresh, seasonal and often organic ingredients that are Portland’s hallmark. Take a day to explore the local bounty and talk to the growers, then hit one of the nearby restaurants to see how chefs work their magic with the ingredients.

SAVANNAH: River Street was once part of an abandoned warehouse district, but today the historic waterside boulevard offers tons of dining options amid the landmarks and monuments. There are restaurants, many located in time-worn, grand buildings, for Southern soul food, Italian plates, classic and creative seafood meals and more. Of course, make sure you don't leave without trying some fried green tomatoes.

SAVANNAH (continued): Shrimp and grits, biscuits and BBQ are easy to find anywhere in the south. Red rice, however, not so much. Many chefs work wonders with this simple Southeastern coastal specialty, a stew-like medley of rice, tomatoes, peppers, onions, sausage and more.

CHICAGO: When it comes to the lower 48, you can’t get further from Mexico City than Illinois. But Chicago boasts some of America’s most authentic and serious tacos, tamales and tortas and since casual cantinas and modest taquerias are in abundance here, you can eat your heart out for a song. A mariachi song, that is.

CHICAGO (continued): Other cities try to make deep-dish pizza, but nobody does it like Chicago. Some describe it as casserole-like, what with its abyss of sauce, cheese and toppings and its flaky crust. While many consider Giordano’s pies in the South Loop the most sublime, there are plenty of other shops in town that do Chicago proud.

BOSTON: When Bostonians talk about celebrities, they’re either talking about an athlete, a university professor or a chef. One of the most beloved of the latter is Southie native daughter Barbara Lynch who, after opening her fine dining temple Number 9 Park in 1998, created an empire of diverse, down-to-earth eateries, like the seafood-centric B&G Oysters (pictured here).

BOSTON (contined): Forever the sports-obsessed town, game day in Boston no longer means burgers, fries and lager in a dark pub. Most restaurants equipped with TVs these days offer elevated standards with seasonal ingredients and impressive cocktails, like the always bustling Eastern Standard, a sprawling bistro just a few blocks from Fenway Park.

NASHVILLE: Listed on the National Register of Historic Places, Germantown is an architecturally stunning neighborhood that offers some of the city’s most exciting culinary options. Check out the bounty at the daily farmers’ market then choose among inventive farm-to-table restaurants, from-scratch bakeries, a beer garden, Italian eateries and more.

NASHVILLE (continued): Never underestimate the power of cayenne pepper. That key ingredient makes this city’s signature chicken dish oh-so crave-worthy. These days it’s on the menu at lots of joints around town, but many locals declare the best is offered where it was first served: Prince’s Hot Chicken Shack, a strip mall joint. Just look for the lines.

LOS ANGELES: It’s hard to turn your head away from LA’s jaw-dropping scenery. At Waterfront Café in Venice, you don’t have to. The views of the water and the parade of beautiful people along the boardwalk are as much of the attraction as the American pub grub, classic Swiss dishes and lively happy hour.

LOS ANGELES (continued): LA is a sprawling city with countless restaurants representing diverse global cultures, but the traffic is a huge obstacle to trying them all. Don’t panic! Just spend an afternoon at Grand Central Market, an historic downtown marketplace near Bunker Hill where you'll find a multitude of culinary traditions. Over 100 vendors offer deli fare, Mexican seafood, falafel, handmade pasta and much, much more.

LOUISVILLE: With some of the nation’s best distilleries within spitting distance, no surprise that much of Louisville’s dining scene revolves around bourbon. Located in building standing since 1877, Bourbons Bistro (pictured here) is known for creative Kentucky cuisine and offers a massive selection of the local spirit, including many rare bottlings. Meals here pair particularly well with whiskey.

LOUISVILLE (continued): Over the past few years, restaurants have been opening at a faster pace than a horse’s trot, but as a testament to the city’s creative chefs, even the timeworn spots have a modern feel. Consider, for example, Jack Fry’s (pictured here). It’s been a hangout since 1933, and we’re pretty sure they weren’t serving their duck meatballs back then.

A big part of the excitement of exploring a new city is discovering the local food scene. We chose some of our favorite American destinations and sought out a few of the culinary highlights for you to try—classic and contemporary. With this as your guide, you’ll still have cash left over to go out for dinner when you get home.