Meet Wingz, the New Way to Get a Private, Reliable Ride to the Airport 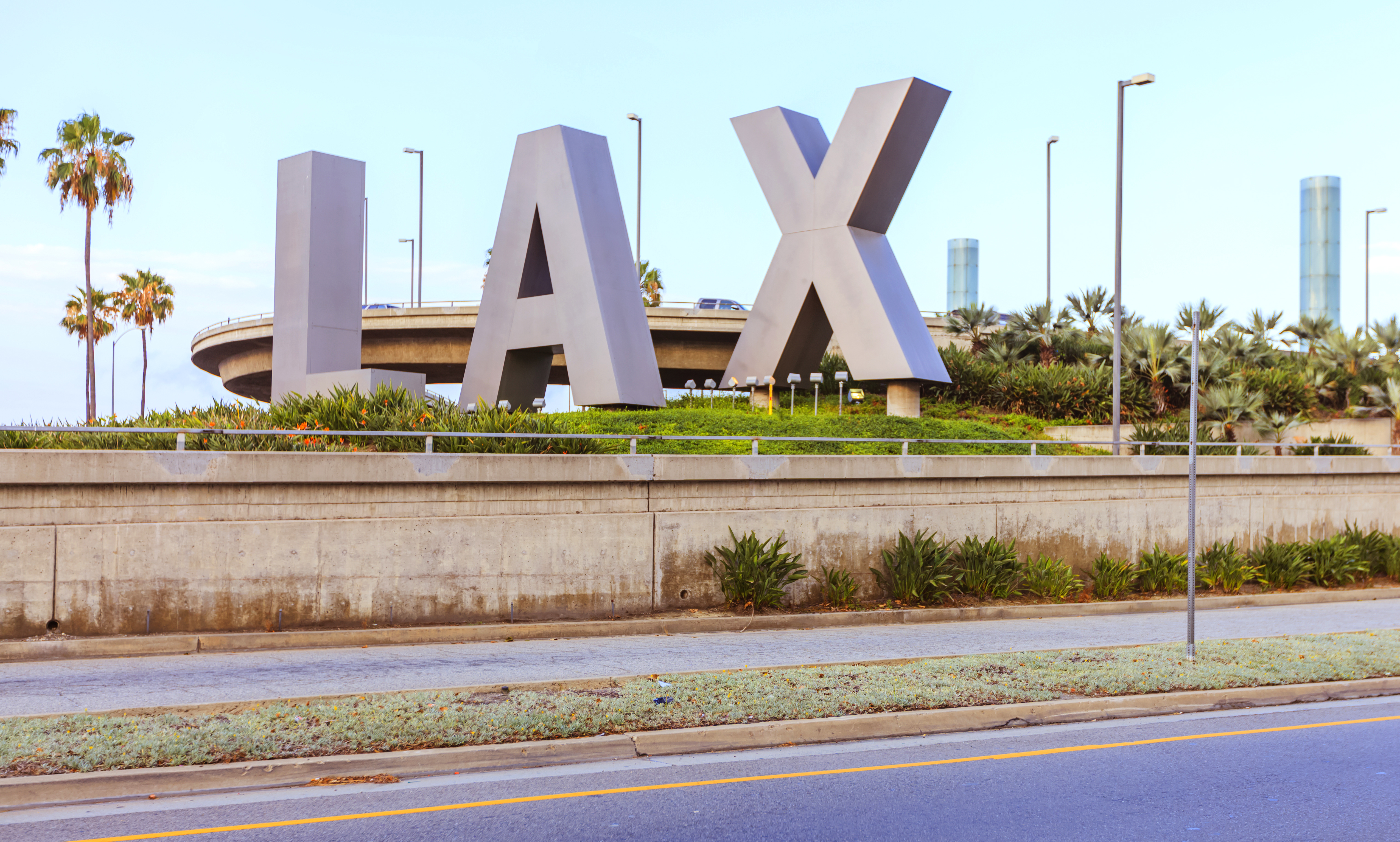 We’ve all been there: You’re exhausted after a long flight and can’t wait to get home, but someone just stole your Uber at the airport and the taxi line is a mile long. So what’s a traveler to do? Book with Wingz. The new startup exclusively provides scheduled airport rides.

Whether you opt to book on their site or through their Android or iPhone apps, it only takes a few seconds to schedule your ride, so there’s never any waiting time before or after your flight. And unlike other ride sharing companies, there are never any surge charges, so you’re guaranteed the flat price quote when you book regardless of the weather or traffic. You can even choose a favorite driver or car.

Wingz has more than 20,000 active customers and thousands of local drivers, who are all vetted with a background check, trained, and provided with a $1 million insurance policy, plus all vehicles are professionally inspected. Payment is processed online or through the apps.

Wingz is currently servicing most major airports across the western U.S., but thanks to an $11 million investment—Expedia is a backer—they’ll eventually go nationwide, giving you one less thing to stress about on your next trip. 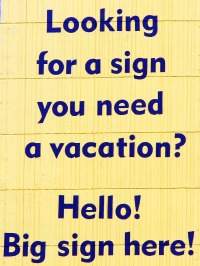 Expedia has re-launched its free rewards program. The program adds earning opportunities, with rewards for booking air travel for the first time, as Budget Travel was the first magazine to report. The online agency recently revealed its reward chart. The bad: Users earn a point for every dollar spent on flights, hotels, and activities. That's unimpressive. The redemption rate is much better for the programs of Hyatt, Starwood, and Priority Club&mdash;assuming you frequently stay at the same hotel chain repeatedly on your trips. The good: Users earn 2 to 4 points for every dollar spent on hotel and flight vacation packages, depending on the size of the package. That's a much better deal. This plan amounts to a 4 to 8 percent rebate for booking packages. In another hassle, you have to collect at least 3,500 points (earned after spending about $3,500) before you can redeem them for a coupon, which will be worth&mdash;wait for it!&mdash;$25 off your next hotel stay. On the bright side, a $25 coupon is more than Expedia was offering before&mdash;and it's far more than its competitors are delivering still. Another perk: Unlike frequent flier programs, Expedia's program allows you to earn points for all of the the travel you purchase for yourself all of your family members. There are some ways to game the system: Go to Ebates first and then log into Expedia to earn additional separate rewards&mdash;a favorite trick of the rewards blog A View from the Wing. Also, if you pay with a credit card that offers bonus points for travel (like a Bank of America Worldpoints card) you can earn points in two ways for the same travel purchase. It's even more appealing to use a Mastercard through end of August 2011, because of a promotional. Expedia Rewards members can rack up double base points when booking an Expedia Special Rate hotel or hotel package that is paid with a Mastercard. Sign up for Expedia Rewards for free. MORE FROM BUDGET TRAVEL Expedia launches rewards program Southwest waters down its Rapid Rewards program Delta drops fees for booking reward seats at the last minute 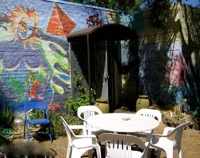 For anyone who has ever rented a vacation home property before, you know just how many questions and demands can crop up given the wide range of the type and quality of vacation apartments and homes for rent out there. And if you're renting just a room for a short stay, or a shared home &mdash;which the website iStopOver.com allows fiscal travelers to search for&mdash;you're bound to have even more specific concerns. For those with experience, you know that it's not just about how many bedrooms, the price, or whether the property is pet-friendly, but about everything from what kind of cooking utensils are stocked in the kitchen to whether you can have friends over for dinner. What if you could list all your oh-so-specific demands and have property owners bid on your business? IStopOver.com is claiming that its new tool "Wise Ask!" allows renters to do just that. "There are no restrictions on what you can ask for, no matter how quirky the request or preference," said Anthony Lipschitz, CEO and co-founder of iStopOver.com. According to the Toronto-based iStopOver, the Wisk Ask! function allows users to enter requests as specific as Kosher food in the fridge, a PlayStation 3 in the living room or a five-pound bag of Purina dog food in the pantry. The request goes out to all property hosts in the desired city or region, who can then respond with an offer. It is currently available in 15 cities, including Amsterdam, Barcelona, London, Los Angeles, Miami, New York, Paris, San Francisco, Toronto, Vancouver and several cities in New Zealand in the lead-up to the Rugby World Cup in September. In each of those locations, iStopOver.com has between 50 and 200 properties in its inventory. Renters pay a fee of between 12 and 15 percent of the total cost of the rental, which according to Lipschitz still comes in below most hotel prices in the cities on offer with many of iStopOver.com's rooms and rentals costing below $100 per night. The site launched almost two years ago when Lipschitz said he noticed that there were property owners with "a lot of excess space" that could use help paying for their mortgage. And conversely, it offers travelers more affordable alternatives to pricey hotels. More from Budget Travel: Are Vacation Rentals Still Legit? Ask Trip Coach: Vacation rentals The Best Sites to Search 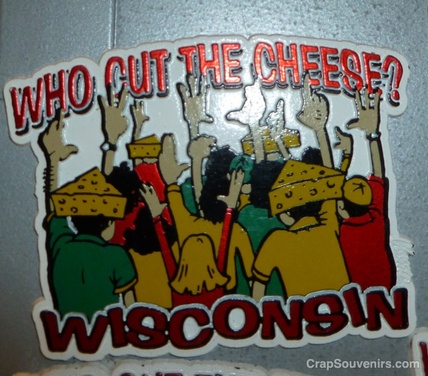 Have you ever wandered into the airport souvenir shop while trying to kill time between flights? Sometimes all it takes is a little accidental inspiration. When Doug Lansky stumbled upon some of Wisconsin's most awkward souvenirs while killing time in a Milwaukee airport&mdash;including the "Wisconsin: Who Cut The Cheese?" magnet shown above&mdash;a new website was born. CrapSouvenirs.com, allows travelers to submit photos of tacky souvenirs and otherwise wacky discoveries from around the world. Photos on the website range from the comically misspelled camel from "Egybt" to the locally humorous canned fog from San Francisco ("The San FrancisCAN original.") Other souvenirs are just plain bizarre: Jamaican bananas from Tennessee, a 3 feet tall British telephone booth and "Certified Cow Tipper" coffee mugs. The "Accidentally R-Rated" category is not for the faint of heart, but contains the strangest souvenirs on the list, ranging from Italian Statue of David boxer shorts (showing off his most prominent feature with the Italian flag in the background), to bottle openers made from kangaroo testicles, among other naughty images plastered on blankets and shot glasses. Lansky is also the mastermind behind Signspotting: Funny Signs From Around the World, and creator of Signspotting.com, an online forum where travelers can submit photos of humorous signs from around the world. He is currently working on a book to complement the new souvenir website. So far, my craziest souvenir is from a trip I took with my friend and her family in the summer of 2009. We had traveled around Italy for a week, exploring Milan, Lake Como, Venice and Rome before I stumbled upon my favorite souvenir: A Pope Benedict lollipop. I had been waiting in line at a gelato shop near the Pantheon when I spotted it on a nearby shelf. We want to know: Have you ever bought&mdash;or received&mdash;a really strange or ridiculous souvenir? Tell us below! MORE FROM BUDGET TRAVEL: Should souvenirs be authentic and locally sourced? Authentic, Affordable New York Souvenirs Supermarket Souvenirs 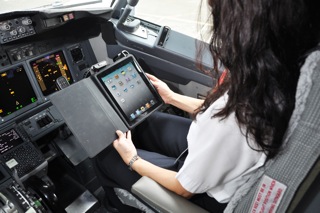 iPads take on hotels, airlines and the Eiffel Tower

iPads might be taking a while to catch on with the general population, but it seems like they're quite a hit in the travel industry, where they have been used for everything from check-ins at hotels to tours at the Eiffel Tower. Pretty soon they'll be guiding pilots, too. if (WIDGETBOX) WIDGETBOX.renderWidget('b631b0ef-7d65-4cdf-a7c8-d1cdb23fa6fa');Get the Poll Creator Pro widget and many other great free widgets at Widgetbox! Not seeing a widget? (More info)As part of Alaska Airlines' "Bye Bye Flight Bag" program, set to be complete by later this month, pilots will replace their 25 lb paper flight manuals with the state of the art, 1.5 lb iPad tablet, a measure that will save 2.4 million pieces of paper (pilots are required to carry the manuals). According to the website, the iPad tablet features the Good Reader App, equipped with a "PDF version of 41 flight, systems, and performance manuals, reference cards and other materials," allowing for a quicker and easier way for pilots to look up a procedure from the flight deck. Intercontinental Hotels and Resorts started using iPad technology in their hotels as early as April 2010, just three months after the device was introduced. Four hotels&mdash;Intercontinental New York Barclay, Intercontinental Hong Kong, Intercontinental London Park Lane, and Intercontinental Buckhead Atlanta to be exact&mdash;tested out the tablets for restaurant suggestions, making reservations and helping guests with directions to attractions. Some hotels, such as The Berkley, have given iPads to concierges to help them handle duties such as checking in guests, more efficiently. The hotel also gives guests in certain suites the option of including an iPad with their stay, allowing them to enjoy all the games, videos, comics and newspapers new technology has to offer. There are also a few features to help guests plan out what they want to see and do when in London. Also in 2010, the Eiffel Tower introduced a program that allowed visitors to rent an iPad, which included maps, photos, and behind-the-scenes historical information on how the structure was built, for about $10 (7 Euros). There is also a separate App, La Tour Eiffel, that can be downloaded onto your own iPhone, iPod Touch or iPad device via iTunes for free. What do you think about iPads? Is it better to be guided everywhere by technology or do you find more fun in exploring new places on your own? Please share your thoughts in the comments section below. MORE FROM BUDGET TRAVEL The Ultimate Guide to Travel Apps Test Lab: iPad as travel tool Google's street view travels inside museums