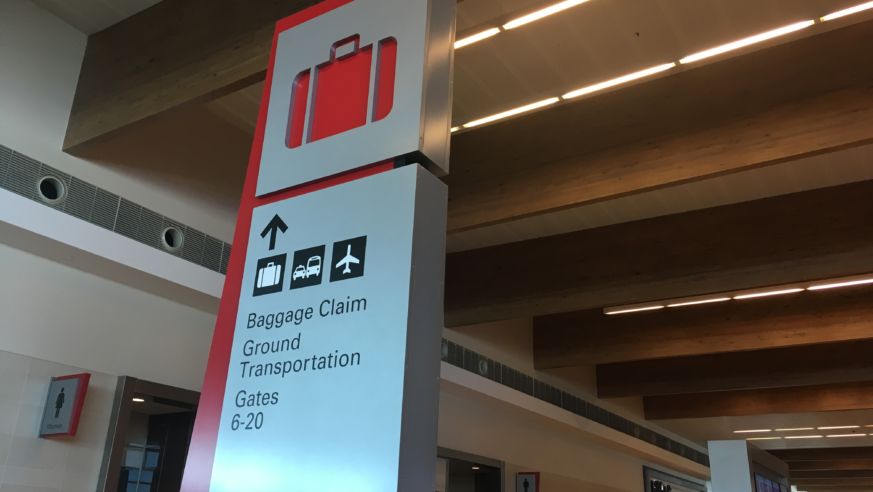 Sometimes having your worst nightmares come true can be the best thing that ever happened to you.

Ok, maybe I’m exaggerating just a little. But I can tell you that, this past July, I was forced to face some of my most nagging travel fears (what if… I miss my connection, my flight is canceled, my bank card stops working, my kid gets sick…) when all of them actually came true. Here, a few minor and not-so-minor disasters that made me a better traveler.

Yup. I tried to pay for lunch at a Boston Market in Oakland (long story, don’t judge), and the cheerful young woman behind the counter announced, “Oh, sorry, your card is invalid.” What I learned: I should have told my bank back in New York that I was going to be traveling in California. It turned out the bank blocked my California transaction as suspicious, but was easily able to unblock it. And I got to eat those delicious Boston Market mashed potatoes.

2. I was told I couldn't rent a car using a debit card

Huh? I had plenty of hard-earned (and carefully saved) money in my checking account, yet I was being told I could not use my debit card to rent a car. What I learned: The dude at the rental counter was basically, um, lying. Or at least exaggerating to an unforgivable extent. Most rental car agencies (including the one we were using) will rent you a car using a debit card, but they first put a hold on the estimated rental total (days rented, distance you plan to cover), and may ask to see your flight itinerary to confirm that you’re actually taking the car where you say you are taking it. The process is a bit of a hassle for travelers and agency employees alike, which is why, I suppose, that dude flat-out lied to my face until pressed to tell the truth.

3. I missed a flight connection

Sorry, but I hate layovers and connecting flights, mostly for the same reason you may hate them: My fear of a missed connection. I always imagined the missed connection leading to disaster, sleeping on an airport floor, sustained only by expensive airport food. What I learned: It turns out, at least in our case, dealing with our missed connection was as easy as stepping up to a friendly gate agent who re-ticketed us on the next available flight. (Psst: We were lucky enough to be flying Southwest, which deals with this kind of thing exceptionally well.)

4. My flight got canceled

This one was not quite as easy to handle as the missed connection I just mentioned. We boarded a flight, the plane began taxiing toward takeoff, then the pilot slowed us down, stopped, and announced there was a mechanical problem and we’d have to get off the plane. Of course, I appreciated the pilot’s unwillingness to take to the skies with a broken plane, but I also knew the chaos that a cancelled or long-delayed flight would cause for every passenger onboard, and that our chances of making it home that day were fading with the afternoon sun. What I learned: Long story short, we walked away with $800 in vouchers for future flights on that airline. Our secret weapons were chocolate and patience (I know, Chocolate & Patience sounds like the name of a long-lost Noel Coward play). After an hourlong wait on a seemingly endless line to get re-ticketed, my wife offered the gate agent a chocolate bar. The agent smiled wearily and said, “Can you tell how much I needed this?” Although we did miss any chance of getting home that day, we were booked on a flight for the next morning and took home not only our happy memories of a vacation in Southern California but also those much-appreciated vouchers.

5. My child got sick an hour before boarding

I know I risk sounding churlish when I admit that I really like flying alone, and the more traveling companions I have, the greater my anxiety. That goes for flying with my kids especially. It’s not that I don’t enjoy traveling with them, it’s that my tendency to catastrophize travel mishaps is perhaps at its most pronounced when it comes to the safety and happiness of my children. So, when one of my daughters admitted that she wasn’t feeling at all well shortly before we were scheduled to board a transcontinental flight, I panicked. My wife, however, remained calm and approached a gate agent, asking (politely) for any special accommodations to ease our child’s situation. What I learned: Telling airline professionals what’s wrong and asking for help is not the same as being a “doting parent,” (parents: please read the previous sentence aloud several times) and it is far better than keeping it to yourself. We were given “pre-boarding” privileges that allowed my child to get comfortably situated for a sleep-filled flight.