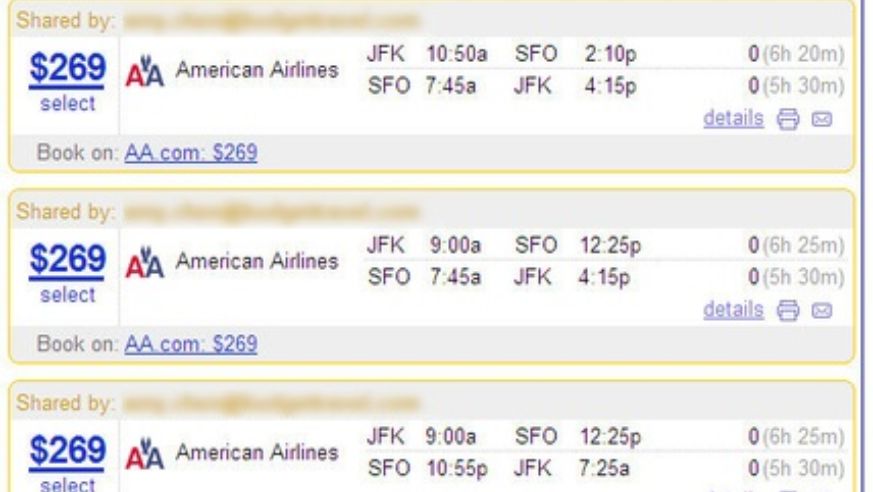 Kayak has introduced a monthly calendar that lists the starting rates for hotels by the day of the month. Working along the same lines as its Buzz flight calendar, the hotel chart lets you see the best available price based on data pulled from sites like Expedia, Orbitz, Travelocity, Priceline, Hotels.com, and the hotels' own websites. Although the flight calendar lists the starting rate on any airline, the hotel calendar only displays the prices for one property at a time. The idea is that people tend to care a fair amount about which hotel they stay in, but when they're looking for a flight, the cheapest one is usually the one they're going to go with.

Kayak has also tweaked other parts of its website. A Toolbox section on the upper left now lets you share results with others. A small heart icon next to each result lets you tag them as favorites, making them extra prominent for recipients. The e-mailed link stays live for just 30 minutes, though Kayak's spokeswoman tells me that time limit may be extended. The collaboration tool is helpful when you're trying to coordinate flight schedules with friends, for instance.

In my meeting with Kayak last week, I also learned that the site plans to roll out an instant-messaging function, so you will soon be able to share your search results over IM as well.