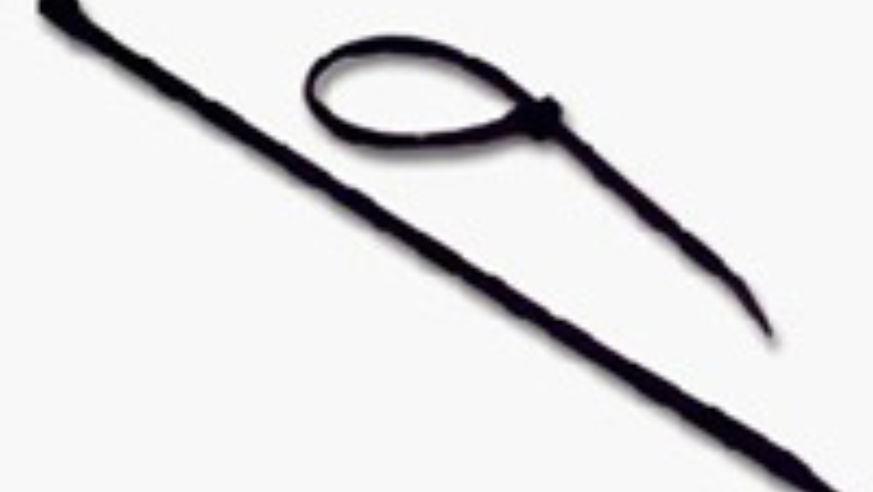 A TSA inspector at a small East Coast airport has contacted us with a tip. I am choosing not to identify her because, as a TSA employee, she is not supposed to talk to the press without official permission. Plus, TSA workers do not have whistleblower protections, which other federal workers have.

That's an overly dramatic introduction, I admit, to a rather simple travel tip:

It's not necessary to buy the pricey, TSA-approved locks. You don't have to buy fancy luggage locks at all. Instead, buy a pack of plastic zip-ties, or cable locks, for about $1.

Here's what our tipster says:

Most locks that people use are the kind you could pick with a bobbie pin or paper clip.

Zip ties (also called cable locks) are something that we use at the airport. They are long plastic ties that lock. They can't be opened unless cut with a scissor or nail clipper, which are allowed to be packed in a carry-on bag. The ends of the plastic ties fit through the zipper pull tabs. They come in all sorts of sizes.

Use zip ties for carry-on or checked luggage. We put them on for people after checking their bags if they want them locked. I did this for a guy traveling to India today. If we have to cut a lock we zip tie it afterwards at my airport.

The zip tie is something I use for International travel myself. TSA locks are useless in other countries. I have never had a bag opened and you know if your zip lock (in your choice of color) is still there it hasn't been messed with, unlike a lock...which you can't tell if it's been opened or not.

As an aside, I will say that out of 2000 bags today maybe 40 bags were opened. If they don't alarm the X-ray machine then the bag is cleared.

100 count bag of zip ties, at Amazon.com for $5. Also sold at local hardware and housewares stores, typically for $2 for 100 count bags.