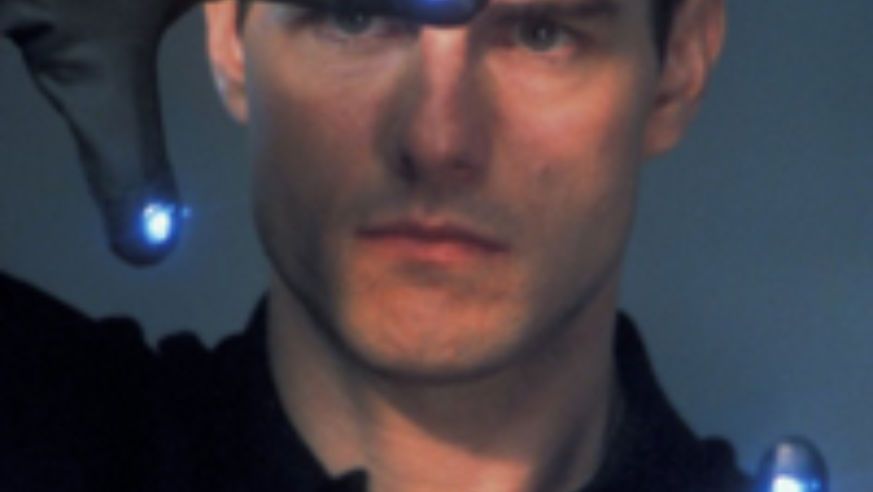 Not only can he read your mind, he can also tell if you plan to buy the Minority Report DVD

The attempted Christmas Day bombing of a Northwest Airlines jet showed that airport security remains flawed. The TSA is trying to come up with new tactics to keep terrorists off of our planes. Is there anything smarter than can be done?

We've blogged in the past about pre-screening passengers by filtering info from law enforcement databases, collecting "biometric data" with iris scans and other tests, and making passengers walk through whole-body scanners instead of mere metal detectors. Here are a few technologies that could help spot potential terrorists before it's too late, similar to the systems for detecting "pre-crimes" used in the Tom Cruise movie "Minority Report."

ROBOTIC MIND READING Under this system being tested in Israel, passengers would be shown photographs of known terrorists and studied for how they react. Passengers with guilty consciences or a touch of paranoia may react to the stress physically. Infrared cameras would measure jumps in a traveler's heart rate and breathing rate. If the passenger's vital signs reveal hidden nervousness, the passenger may be questioned further by officers.

POP QUIZ STRESS TEST Imagine you're approaching the airport security gate. You step up to a machine and put your passport on a scanner and rest the palm of your hand on a sensor. Then you answer a series of written questions that are flashed on a screen (or are spoken to you in audio mode, if you prefer). A machine measures your body's reactions during this question-and-answer session. Are you acting suspicious? You'll be pulled aside for further questioning. Such a scenario may not be a sci-fi fantasy anymore. New technology, memorably named SDS-VR-1000, is being tested to do precisely this.

KEEPING TABS ON THE SECURITY WORKERS A tragedy might go unprevented if an officer is distracted and daydreaming while the image of a bomb comes across their X-ray screen. But new monitoring equipment—similar to cardiogram machines—would continuously study employees to spot check their competency and help managers know when their employees need to take breaks. The technology, being develped by Eltel, is similar to the camera-monitoring system used by casinos to catch any signs of suspicious behavior by their staff or customers.

Do any of these programs work? The verdict is still out. Consider those infrared devices used to tell if a passenger's heart rate is speeding up. The machines sound awfully similar to those thermal imaging devices that are supposed to detect whether a passenger is running a fever—and which are not effective, according to a recent study.

False alarms are another worry. Many innocent passengers are bound to be mistakenly fingered as possible bad guys. Even if the devices were 99.999 percent accurate—which would be surprisingly good—they would set off about 20 false alarms a day nationwide. Yet for many Americans, the inconvenience and added expense could be worth it.

What do you think? How would you feel about being exposed to "incriminating stimuli" at the airport security gate to see how you react?