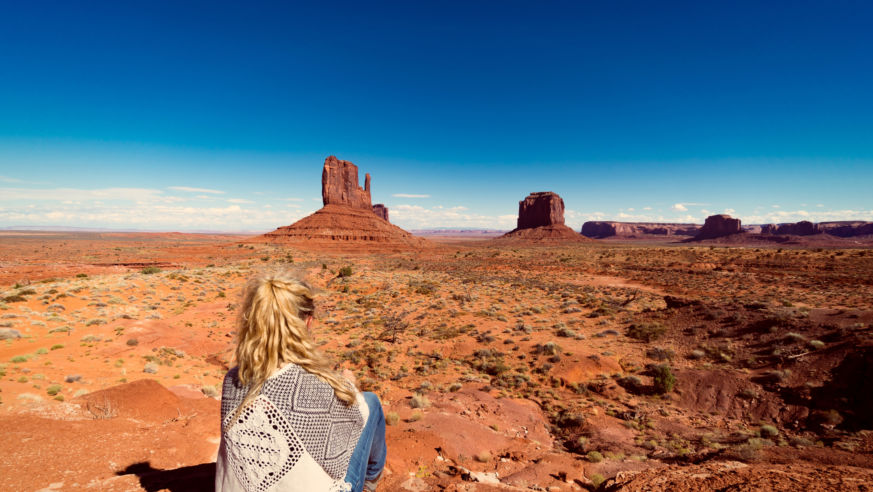 Like fashion and music tastes, travel habits are an ever-evolving sign of the times. This week we bring you the results of two separate studies: one that found a sizable increase in solo travel, something that was considered dangerous or even taboo in the past, and another that revealed that more Americans of all ages are prioritizing travel over other long-term money-saving goals. And since we're never one to overlook food news, we can't get enough of OpenTable's list of the top 50 Southern restaurants across the United States. The best part is they're not all south of the Mississippi, so you might not have to travel far for top-rate fried green tomatoes or chicken and waffles.

While family vacations and girlfriend getaways will always be American traditions, a new study reveals an increase in solo travel. According to Hostelworld (hostelworld.com), an online hostel-booking platform with 36,000 properties in more than 170 countries, solo bookings increased 42 percent between 2015 and 2017. The finding applies to women more than men, with a 45-percent increase in bookings and 40-percent increase respectively. Hostelworld’s study also shows a shift in top destinations. Cuba more than quadrupled its popularity, rising to the top of the list as solo travelers' favorite destination. After Cuba, Macedonia, Guatemala, and the United Arab Emirates are the top vacation spots for women, while men prefer the  UAE, Luxembourg, and Sri Lanka if they're going it alone. Increased internet access, better gadgets, and the growing acceptance of working remotely all contribute to the ability and desire to hit the road without a sidekick.

The economy will always have its ups and downs, but according to a new study, one thing that’s a constant amid the fluctuations is Americans’ need to travel. A recent report from SunTrust Banks (suntrust.com) revealed that 45 percent of people say that travel is their top reason for saving money—a finding that’s consistent across generations, with millennials reporting at 47 percent and the silent generation (ages 73 and up) at 38 percent. In other words, vacation is now a higher priority than having a stash of cash for emergencies or home-buying. Building a nest egg ranks second on the list, with 37 percent, and retirement pulls up the rear at 30 percent. Those results are proof of our human instinct for immediate gratification. While buying a home or retiring might seem a far-off, distant event for many, a safari or a weekend in the tropics are a much more attainable goal, and one that can result in more instant happiness.

THE BEST SOUTHERN EATS IN THE USA

There is no shortage of restaurants in America that turn out fried chicken, shrimp and grits, and fried green tomatoes. But only a select few of them—50, to be exact—are treasured enough by diners to land a spot on OpenTable’s Best Southern Restaurants list, which was unveiled earlier this week. The site, which handles online reservations for more than 25 million diners at 46,000 restaurants each month, compiled results based on more than 12 million verified OpenTable diner reviews for more than 27,000 restaurants in all 50 states and Washington, D.C.

The winners span 10 states, and it’s no surprise that Louisiana took the crown with eight chart-toppers, including longstanding low-key New Orleans institutions like Mr. B’s Bistro and Willa Jean. Popular Southern cities Nashville, Birmingham, Charlotte, Charleston, and Savannah all claimed multiple selections on the list as well. But as proof that Southern food is American food, winners can also be found north of the Mississippi. Maple Tree Inn in Chicago, known for its Creole-Cajun fare, and the rustic-chic Root & Bone in Manhattan also landed on the lineup. Summer comes to a close on September 21, but it’s reassuring to know that you can depend on any of these restaurants for warm-weather eats all year round.