What Baldwin-esque bad gadget behavior have you seen on a flight? 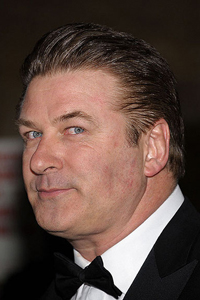 It seems like there's one on every flight: The passenger who has to be told—and told again and again—to turn off his electronic devices for takeoff. As if they've never had to turn them off before. As if the whole thing is a big surprise. As if they're not actually in a hurry to get anywhere, even though the interior of an airplane might be the place most full of people-in-a-hurry-to-get-somewhere that could possibly exist. (Just wait to see how everyone scrambles to be the first one off at landing!) And yet, time after time, someone needs a reminder (Alec Baldwin, for instance).

There's certainly plenty of skepticism around the actual dangers involved in using electronic devices during landing and takeoff—specifically, whether there indeed are any. But we've lived with the restriction for so long that to see someone openly flouting the rule—not just taking their sweet time complying—seems as shocking as watching a passenger light up a cigarette in the aisle. It just isn't done.

I recently spent the entirety of a 3.5-hour flight fighting off mild terror after the woman in the seat next to me missed a cell phone call during takeoff—even the ringer was still on!—and then proceeded not to turn off her phone and stash it in her bag like I had assumed she would, but instead to return the phone call! In mid-flight! Not even whispering! There were no flight attendants around, as we were in the back row of the plane, and no one else seemed ruffled (or awake) but me. But boy, was I ruffled—probably irrationally so.

It was just a phone call, after all. Right? Or was it grounds for summoning assistance? Perhaps the simple fact that something so expressly forbidden was happening and no one was reacting is what threw me off, but I couldn't shake the anxiety until we'd landed at the gate hours later and were leaving the plane.

Have you ever seen someone make a cell phone call during a flight? Would you make a big fuss about it if you did? What other electronic-device shenanigans have you encountered on an airplane? Tell us about it in the comments!

Do You Turn Your Cell Phone Off on Planes?

Do You Pay Attention to Airline Safety Videos? 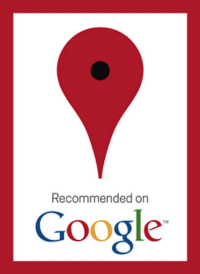 As the competition heats up between travel sites, everyone's coming out with new booking, reviews, and rewards tools to win your trust&mdash;and transaction. But which ones make your life easier? We name a few that solve common travel problems in a way other, better-marketed websites don't. FLASH-SALE CLUBS The Problem: Sure, the discounts on sites like Jetsetter and LivingSocial are solid (50 percent off is common), but how good are the actual properties? The Fix: Incorporate real-world ratings. A year ago, TripAdvisor launched an invitation-only sale site, SniqueAway, that only promotes hotels with a minimum four-out-of-five-star TripAdvisor user rating. Each week, three new hotels are typically offered at discounts of up to 65 percent. A recent example: The Restoration on King, a luxury hotel in Charleston, S.C., had rooms at $189 a night, up to 43 percent off regular rates. CUSTOMIZED SEARCH The Problem: You trust your friends' opinions on restaurants, hotels, shops, and more. So what are their favorites and how can you find them easily? The Fix: Enable like-minded linking. One-year-old Hotpot, by Google, is a mapping tool that combines the best of Yelp, Facebook, and Foursquare. Rate the places you've recently visited on a scale of one to five, and then invite your friends to do the same. When you next trawl Google, the site uses your network as a filter, retrieving related results from the Web and putting the most relevant recommendations first. GETTING TRUSTWORTHY TRAVEL ADVICE The Problem: Reviews are only as useful as the users who generate them. And who knows who they are? The Fix: Amp up reviewer transparency. The dozen-year-old travel community IgoUgo isn't new&mdash;and its 1 million user reviews don't come close to TripAdvisor's 35 million&mdash;but a new interface emphasizes trustworthiness. Reviews are written only by IgoUgo members (with clickable profiles) or come from larger online travel agents such as sister site Travelocity, which allows posts only by hotel guests, not anonymous commenters. SEE MORE FROM BUDGET TRAVEL 10 Most Useful Travel Websites New Site Advises on How Not to Be a "Tourist" Thanksgiving Travel Myths Debunked

Whether you favor smartphones, laptops, or landlines, VOIP (Voice&ndash;over Internet Protocol) providers make transatlantic talk cheap&mdash;in a good way. Using them is easy: In many cases, you simply download the software, create a contact list, and click, "call." Plus, most companies (including the three below) post how&ndash;to&ndash;videos on their sites for first&ndash;timers to reference. Ready to reach out to someone? Service: ooVoo Works with: Smartphones (Android, iPhone); computers (Windows, Mac). Calls to U.S. land&ndash;lines: 1.8 cents per minute. Range of service: 70&ndash;plus countries, mostly in Europe, North America, and the Middle East. Good to know: Up to three people can video chat on ooVoo for free, and only one of you needs to be an ooVoo user. The others can join the conversation through any Web browser, although there's no cost to download the program. Service: Skype Works with: Smartphones (Android, iPhone); computers (Windows, Mac); select TV sets. Calls to U.S. land&ndash;lines: 2.2 cents per minute. Range of service: Worldwide. Good to know: While the software itself is gratis, Skype charges for features&mdash;like group and video calling&mdash;that come standard elsewhere. Service: Jajah Works with: Any computer, paired with any phone; smartphones (Android, iPhone). Calls to U.S. land&ndash;lines: 3.2 cents per minute Range of service: 156 countries. Good to know: You don't have to download any software to use Jajah. Just type your phone number and the one you want to dial into your browser, and wait for the phones to ring. When you and your friend both pick up, you'll be on the call together. *Based on calls originating in the U.K.; similar rates generally apply throughout Europe. MORE FROM BUDGET TRAVEL: The Ultimate Guide to Travel Apps Travel Tips for Android and iPhone Users 10 Most Useful Travel Websites

What happens when your travel company happens to have the same name as one of the world's largest clothing retailers? Well, in the case of Gap Adventures versus Gap Inc., Gap Adventures ended up changing its name to G Adventures after losing a legal battle against the apparel giant and deciding to put an end to the courtroom warfare. Following a copyright infringement lawsuit brought by Gap Inc. in which it was ruled that Gap Adventures had to change its name, Bruce Poon Tip, founder of Toronto-based Gap Adventures, said he just didn't have the energy to keep fighting Gap Inc. anymore. "We could have gone into 20 years of appeals if we wanted to. And we could have stayed Gap Adventures," Poon Tip said. "I just decided to stop fighting." In a June 24 decision in the U.S. District Court for the Southern District of New York, Judge Alvin Hellerstein ruled in favor of Gap Inc. on trademark infringement, noting that "Gap Adventures has used similar marks in commerce such that there is likelihood of confusion." Four days after the ruling, Poon Tip called the decision "unfounded," and said he would appeal. On Wednesday, he said the decision is still in the appeal process, but that the company decided to change its name anyways to put an end to legal proceedings that have cost more than $5 million. "They spent four times that. They didn’t beat us, they out-spent us," said Poon Tip, referring to Gap Inc. Once the decision was made to find a new name, Poon Tip said that the company invested heavily in brand research, but that "ultimately, we decided against all the names that we had tested … it was more of an emotional and internal decision in the end." Poon Tip said that the company looked at examples like the W hotels. "We wanted to do something innovative. We didn't want to be another travel name. It was a very tough and bold decision in the name. We wanted to own a space," he said. Regardless of what happens with the appeal, Poon Tip said he's sticking with the decision to be G Adventures, a name that will be implemented globally on Oct. 1. Poon Tip founded Gap Adventures in 1990, and the company has grown to more than 1,300 employees since. Its new website is Gadventures.com. More from Budget Travel: Green Day Incident Spurs Question: Should Airlines Enforce Dress Codes? Your Take: The Most Important Historic Places of the New Millennium Has Your Trip Ever been Saved by a Stranger?

3 Things to Keep in Mind When Buying a Camera

When you’re shopping for the perfect point-and-shoot, don’t be fooled by flashy specs. In some cases, all you’re paying for is a number. Here are three key features to reconsider. DON’T MAX OUT ON MEGAPIXELS Even blown up to poster size, a 5 MP shot and its 16 MP counterpart can’t be distinguished by the human eye. Not only that, higher megapixel counts can actually work against you; they fill up your memory card faster, leaving you with fewer chances to frame just the right family portrait. A 5 MP to 8 MP model should suit average shutterbugs. FOCUS ON OPTICAL ZOOM Sure, the phrase digital zoom sounds high-tech, but it’s the optical zoom&mdash;a measure of how far the lens physically moves toward the subject&mdash;that determines the quality of an image. Always favor a more robust optical zoom (at least 3X) if you hope to land, say, sharp wildlife shots from the safety of your Jeep. INVEST IN ISO (WITHIN REASON) Candlelit restaurants and shadowy cathedrals pose challenges for point-and-shoot cameras. To make sure yours will perform well in low light, look for an ISO (or light-sensitivity rating) that goes up to 1600. Note: While there’s no real downside of having a higher ISO, anything above 1600 will be superfluous for most folks. MORE FROM BUDGET TRAVEL: 11 Fascinating Cameras Online Resource Guide: Gadgets, Gear and Travel Tech Touch-Screen Cameras