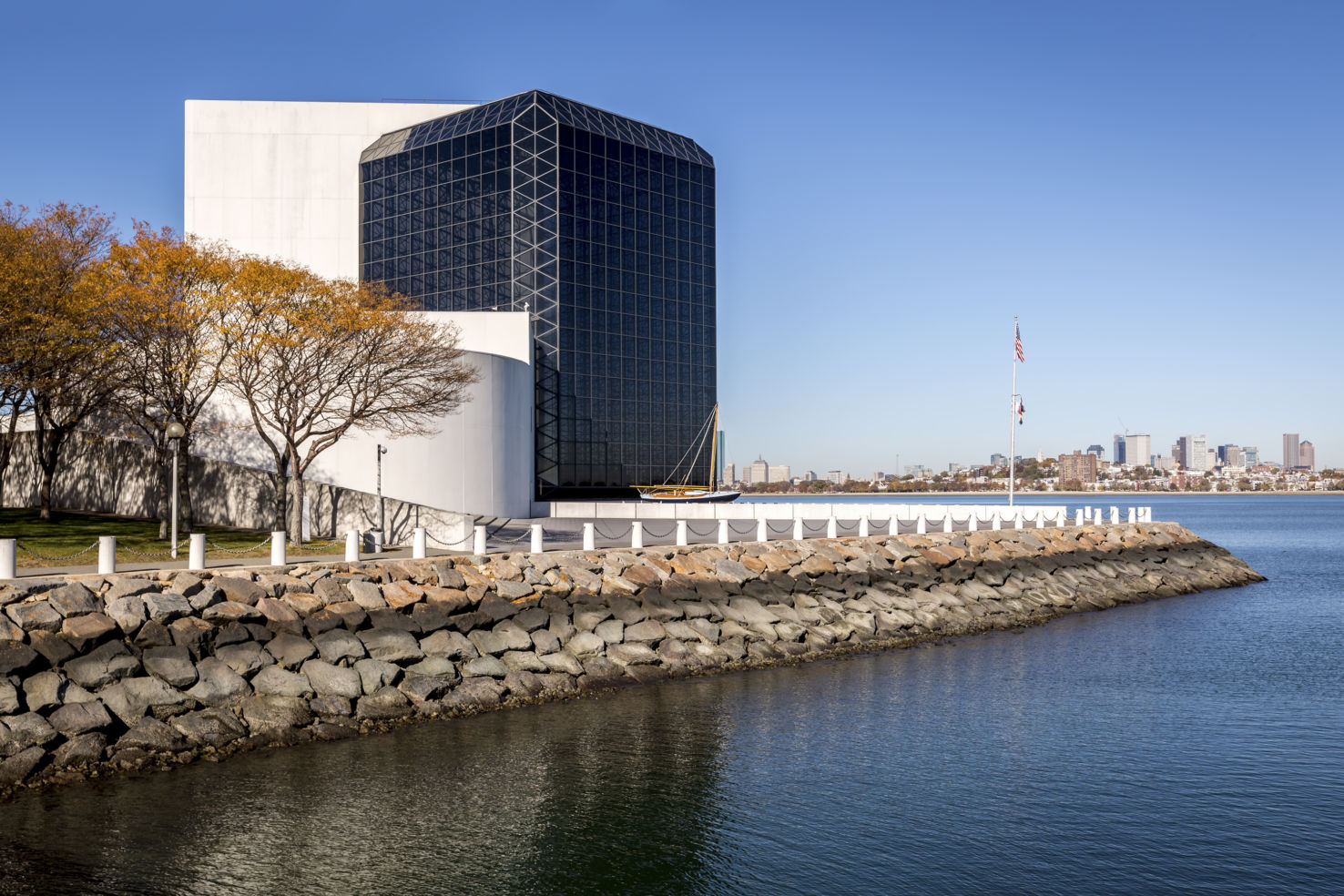 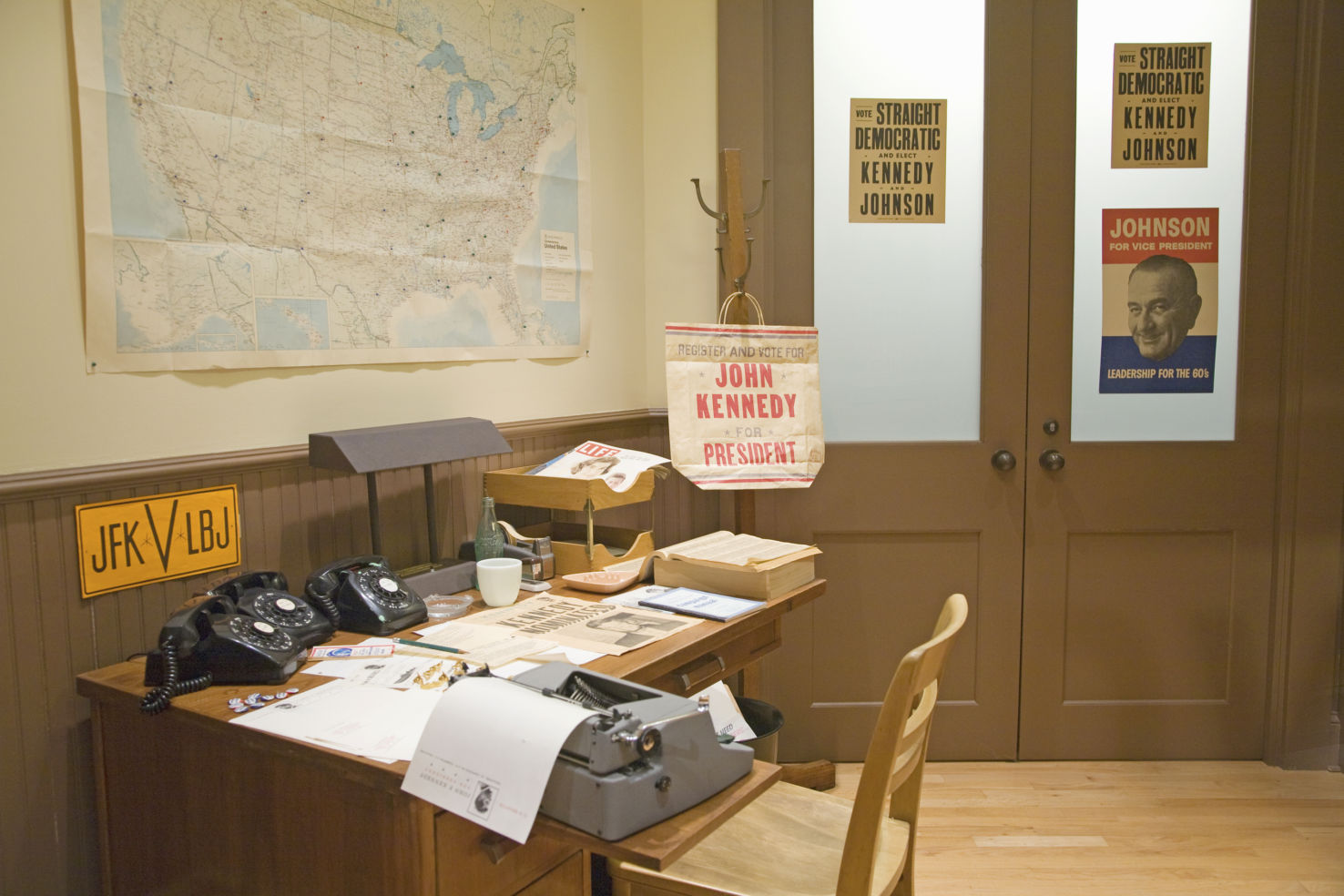 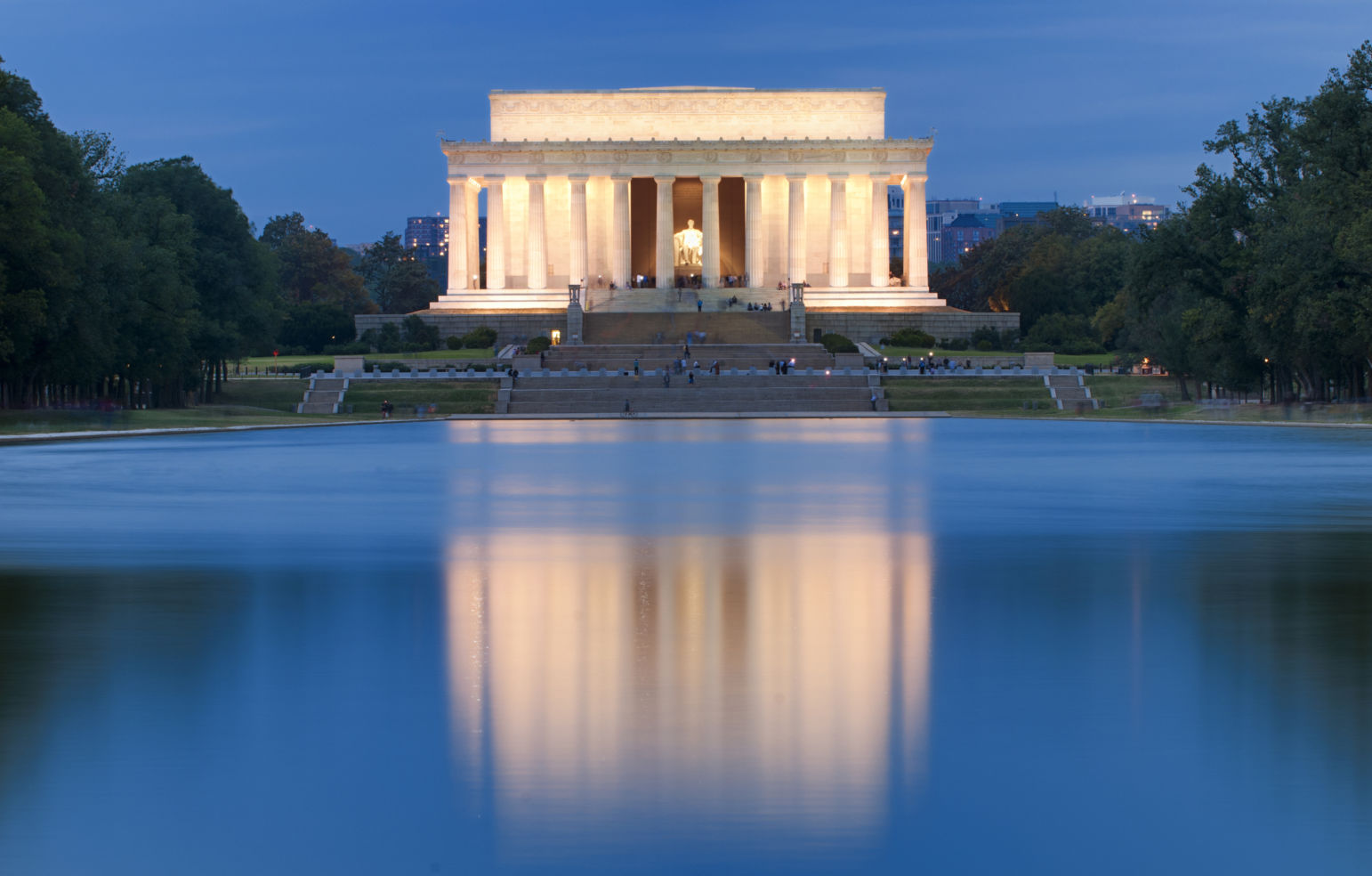 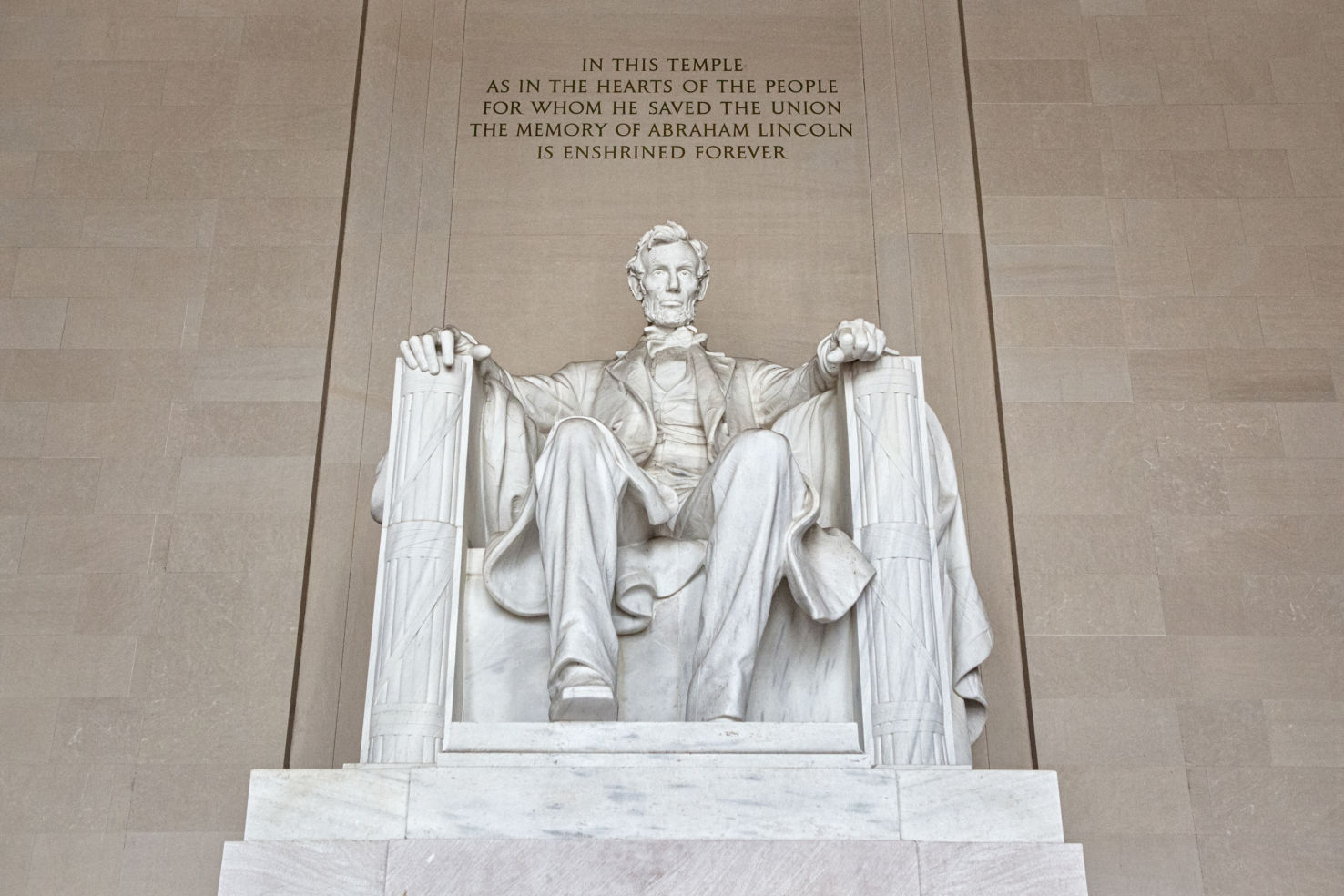 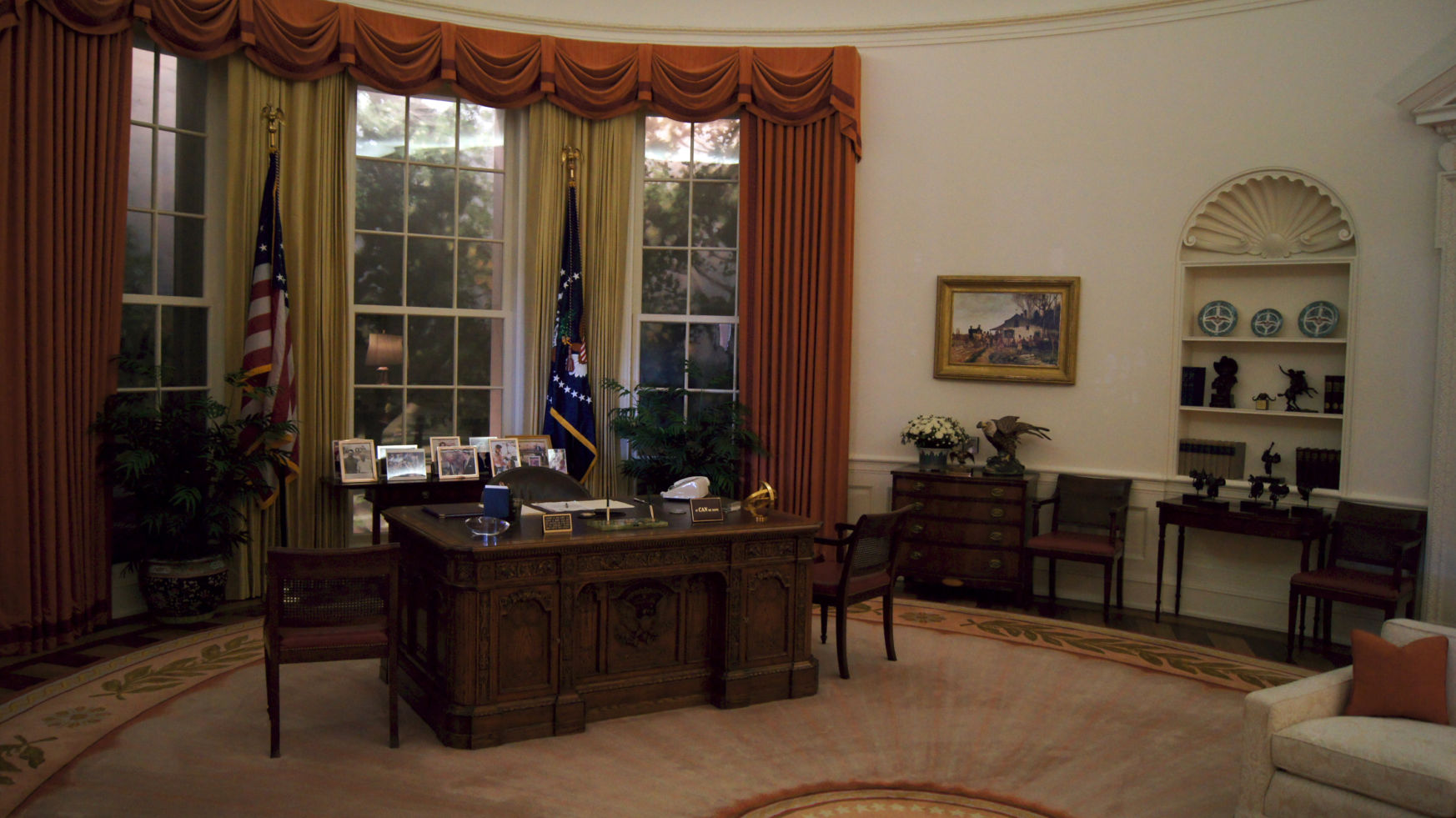 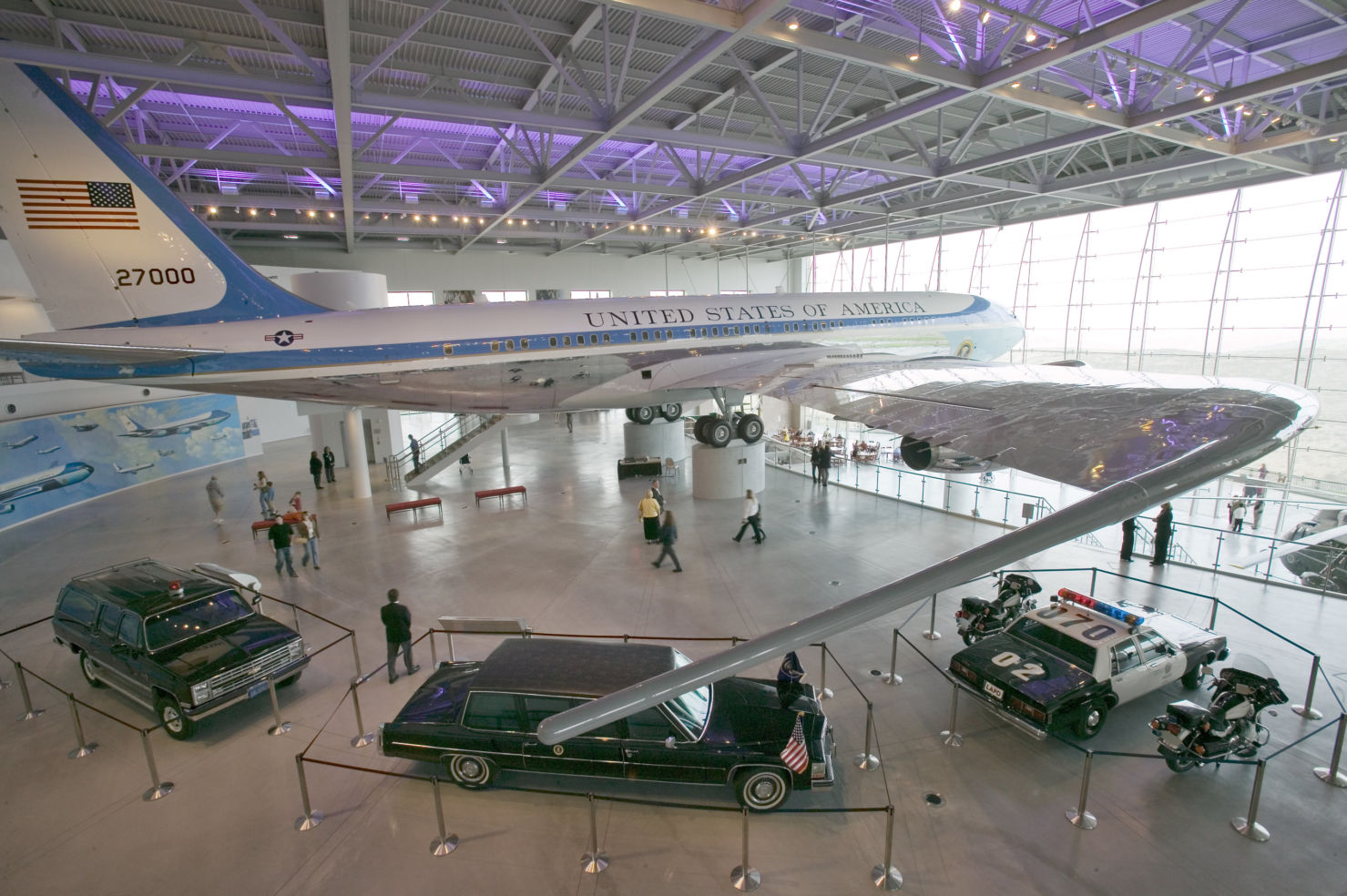 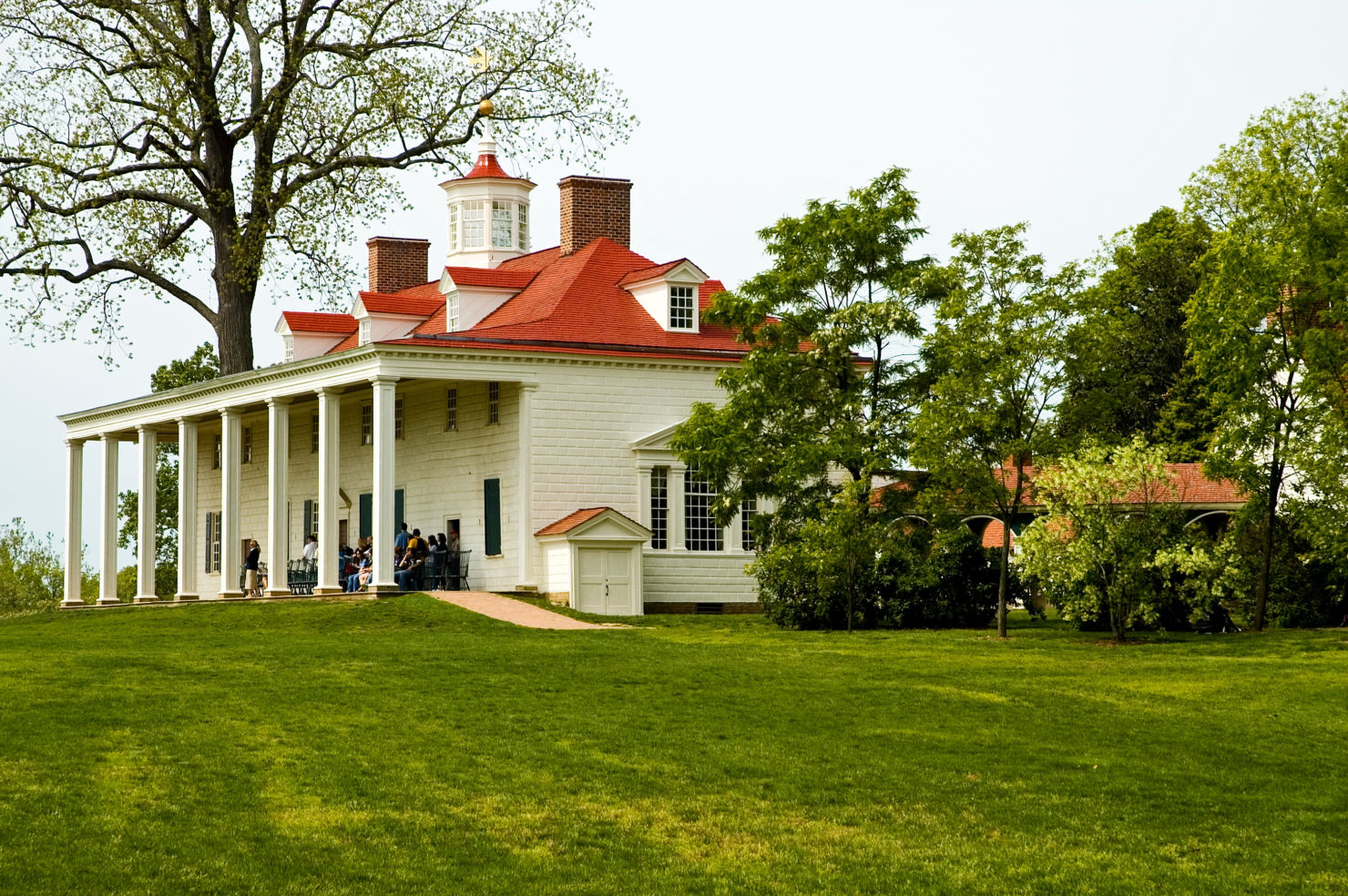 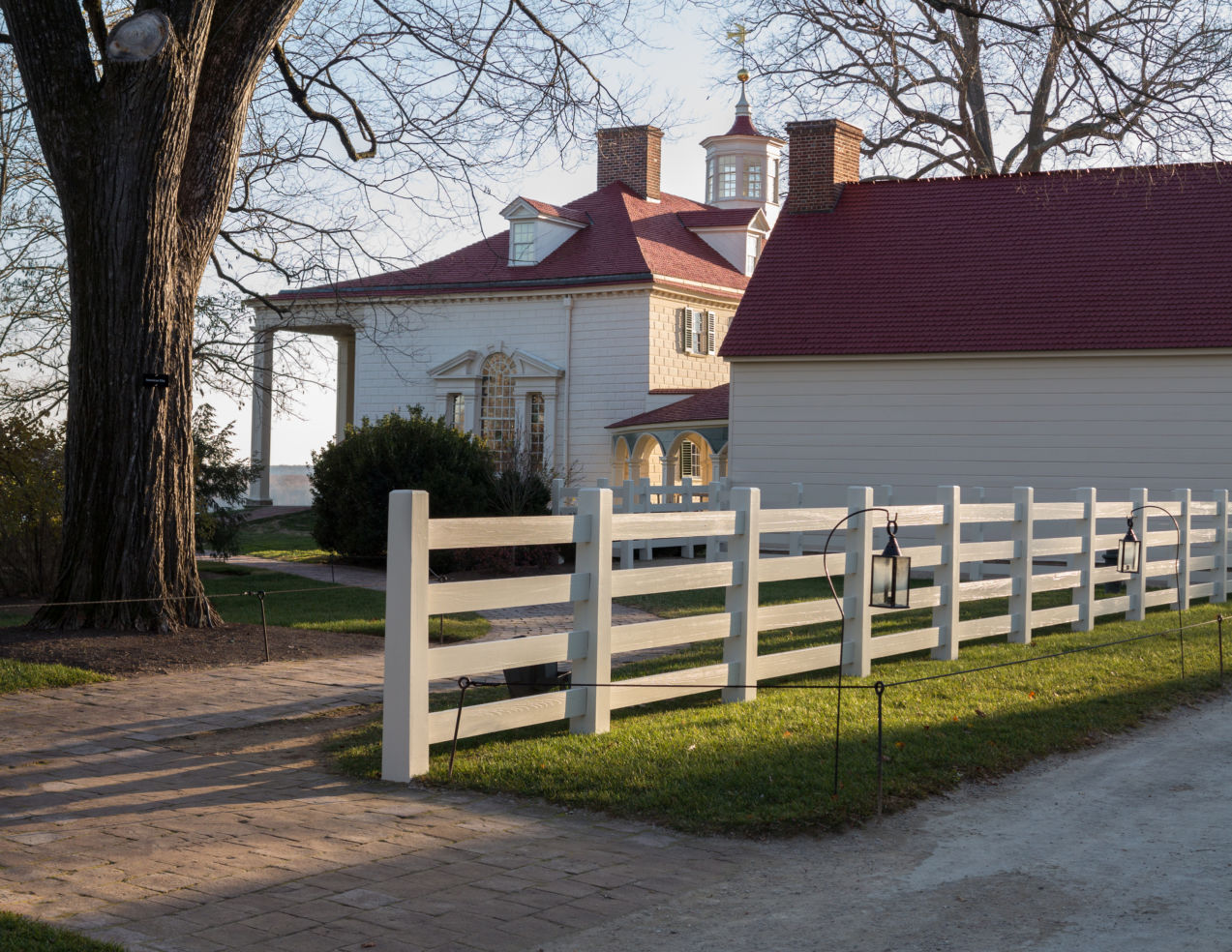 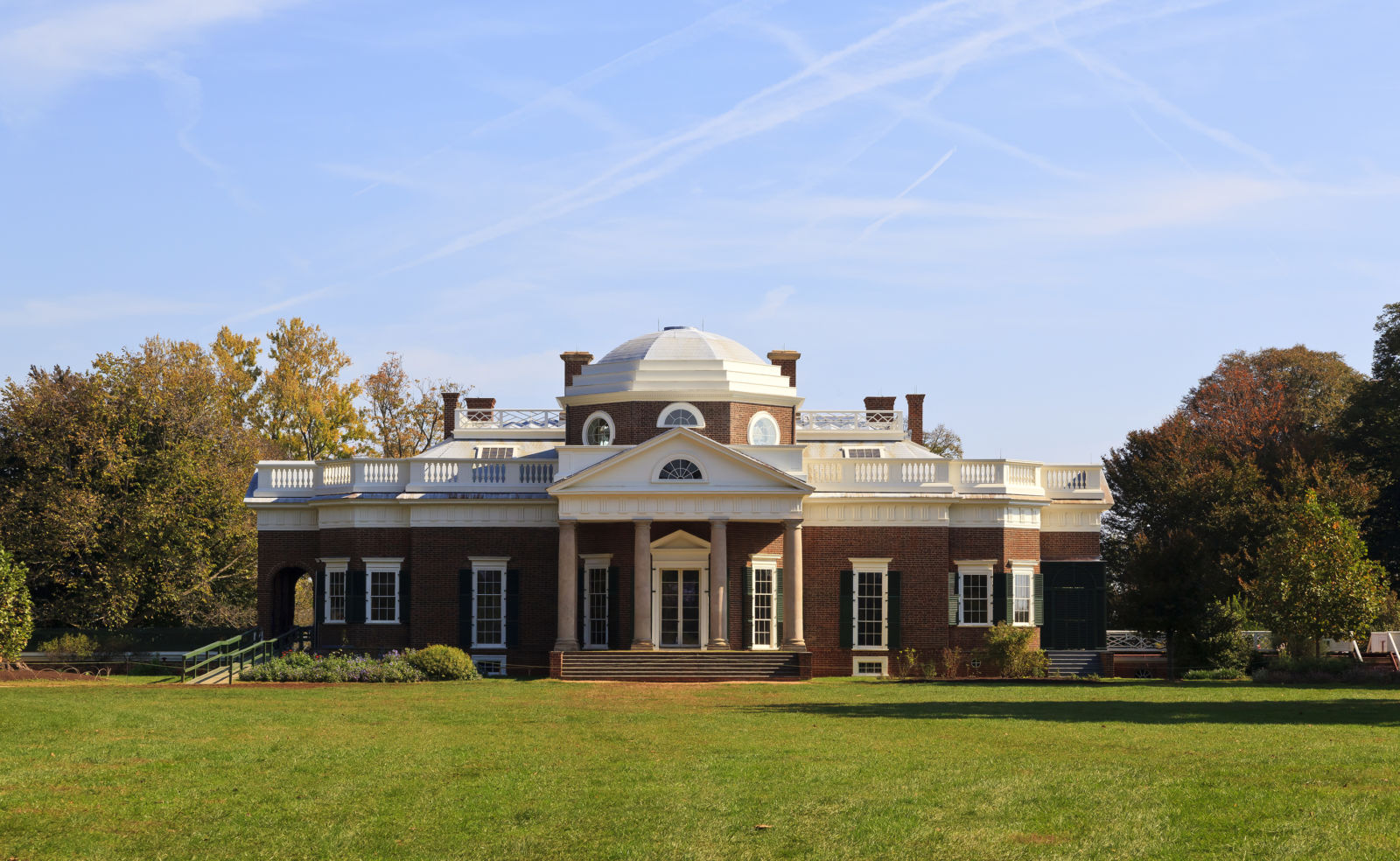 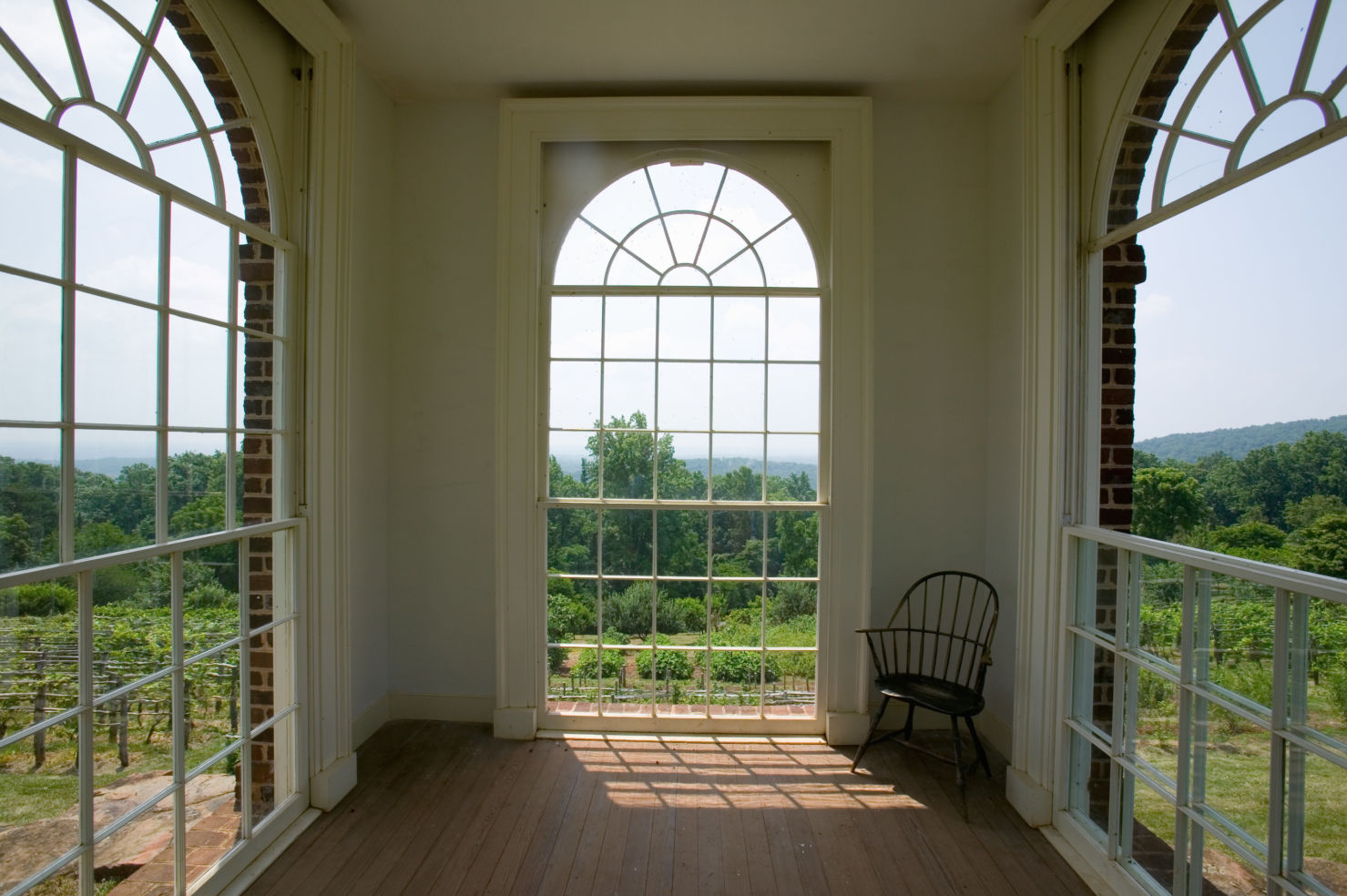 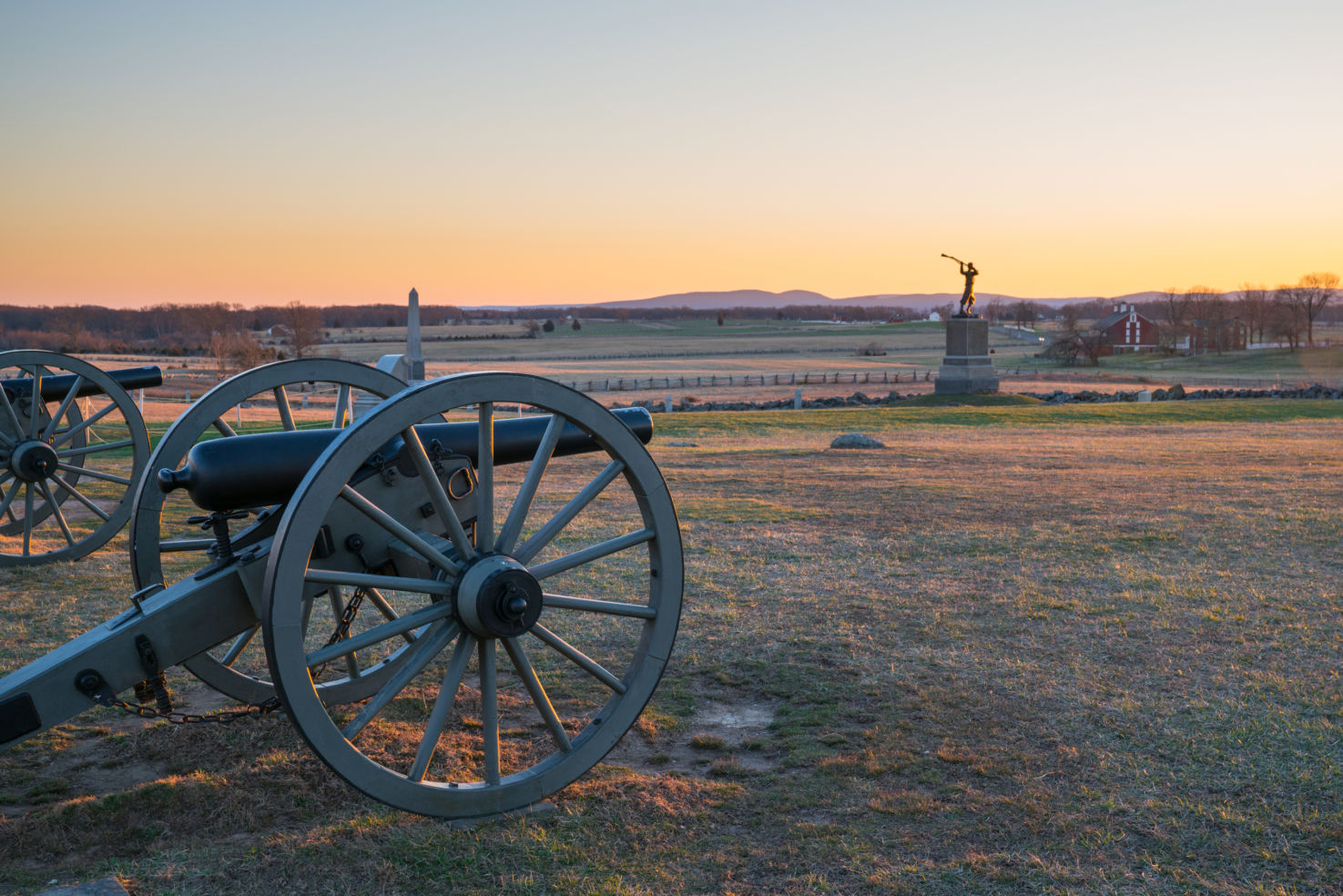 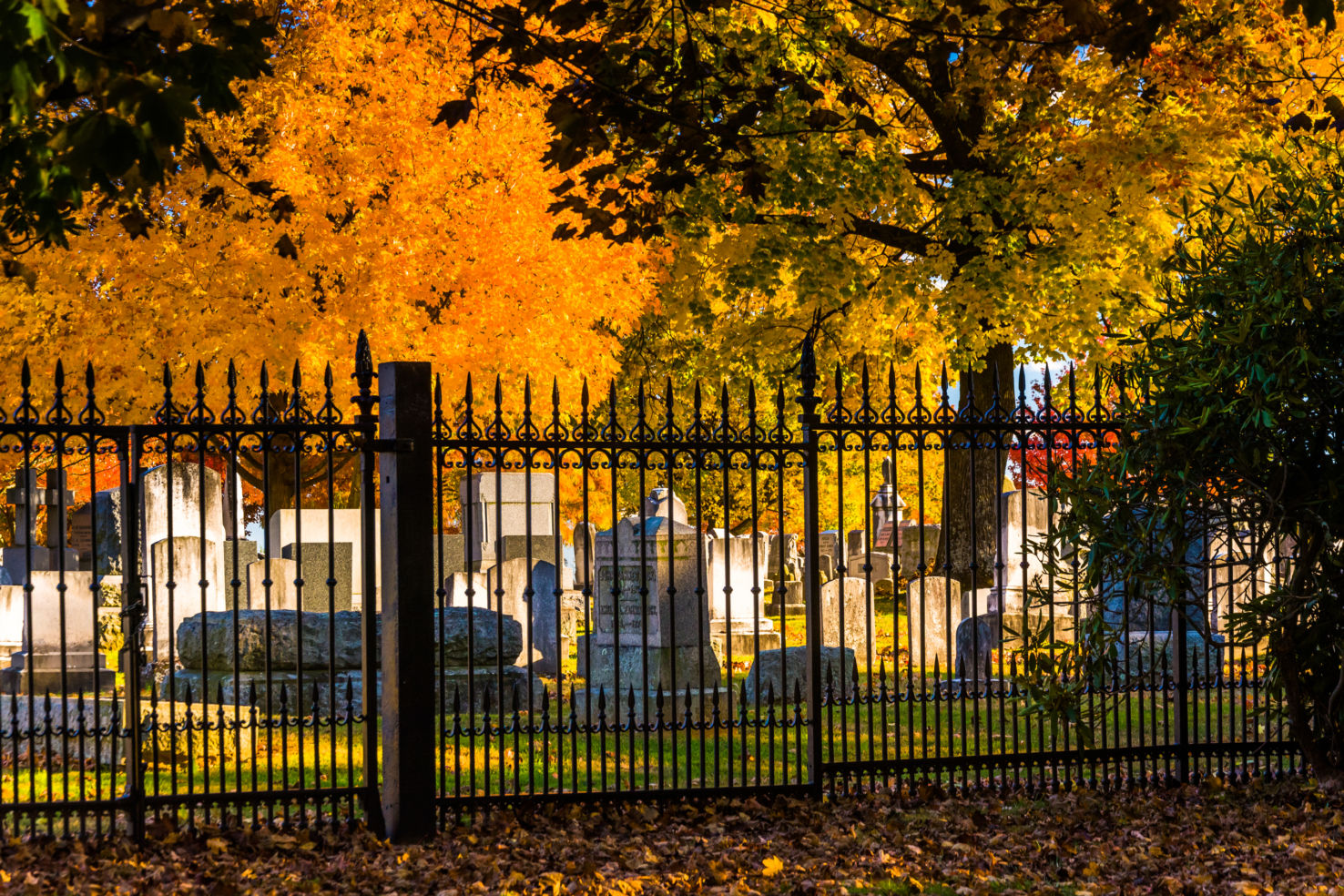 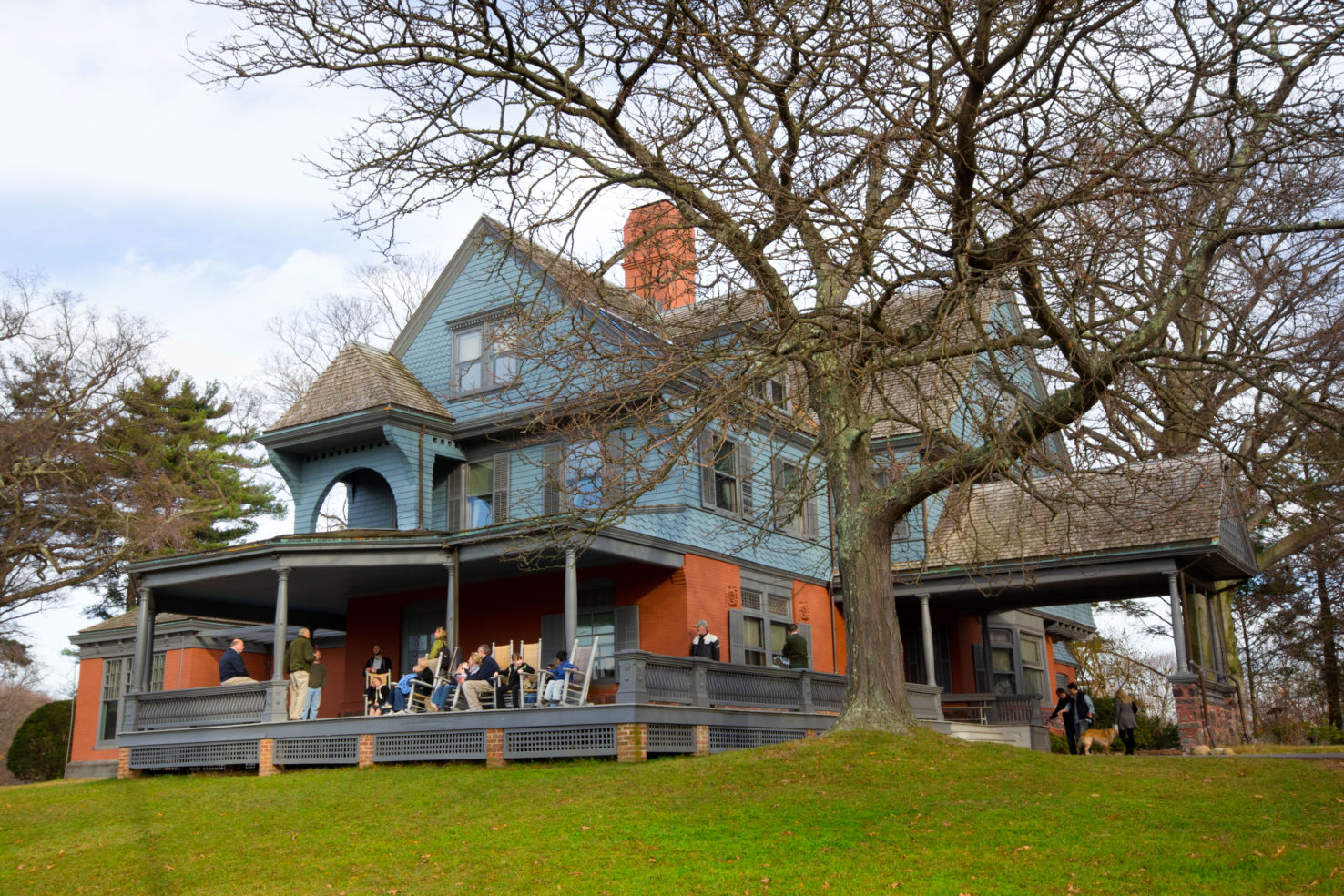 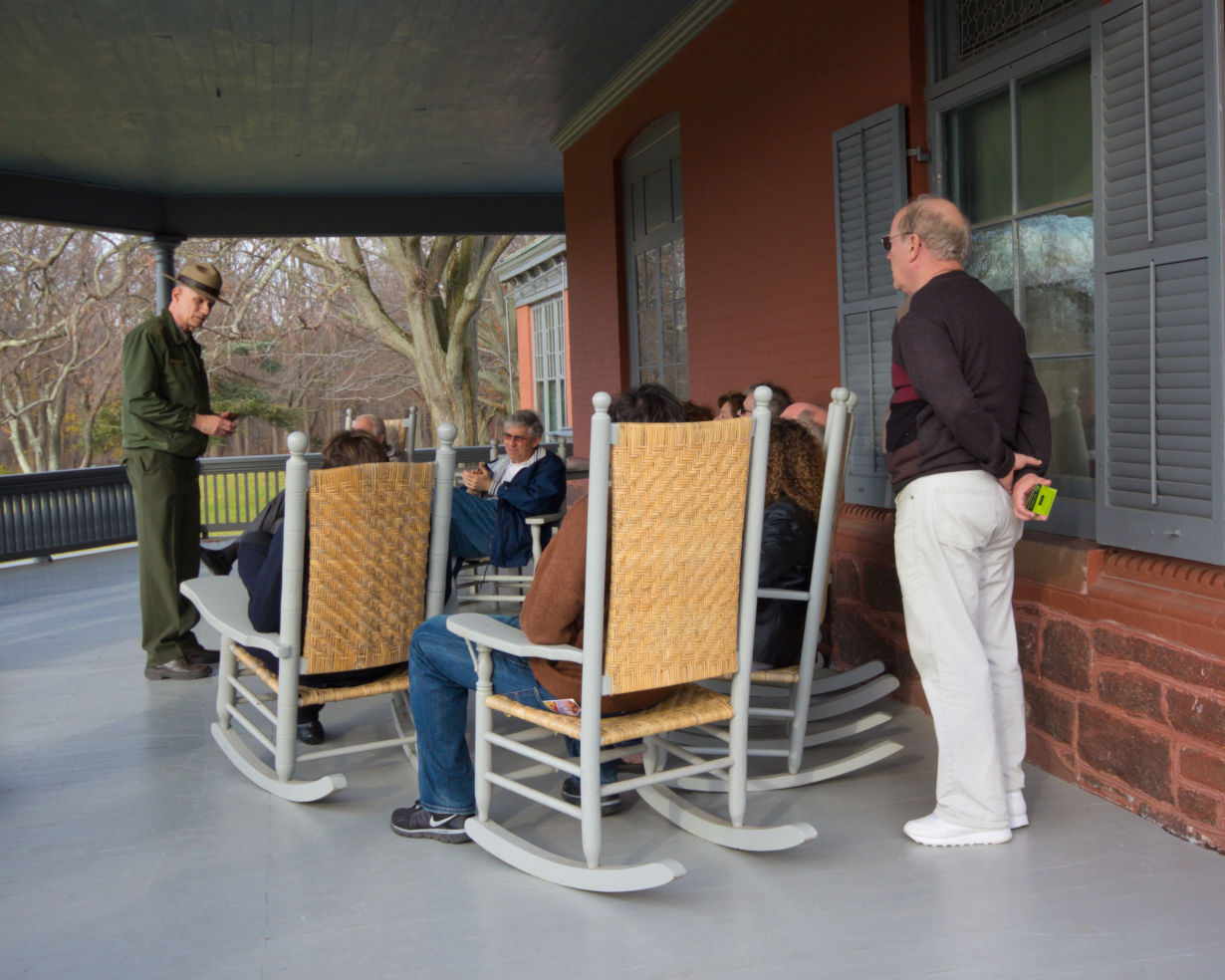 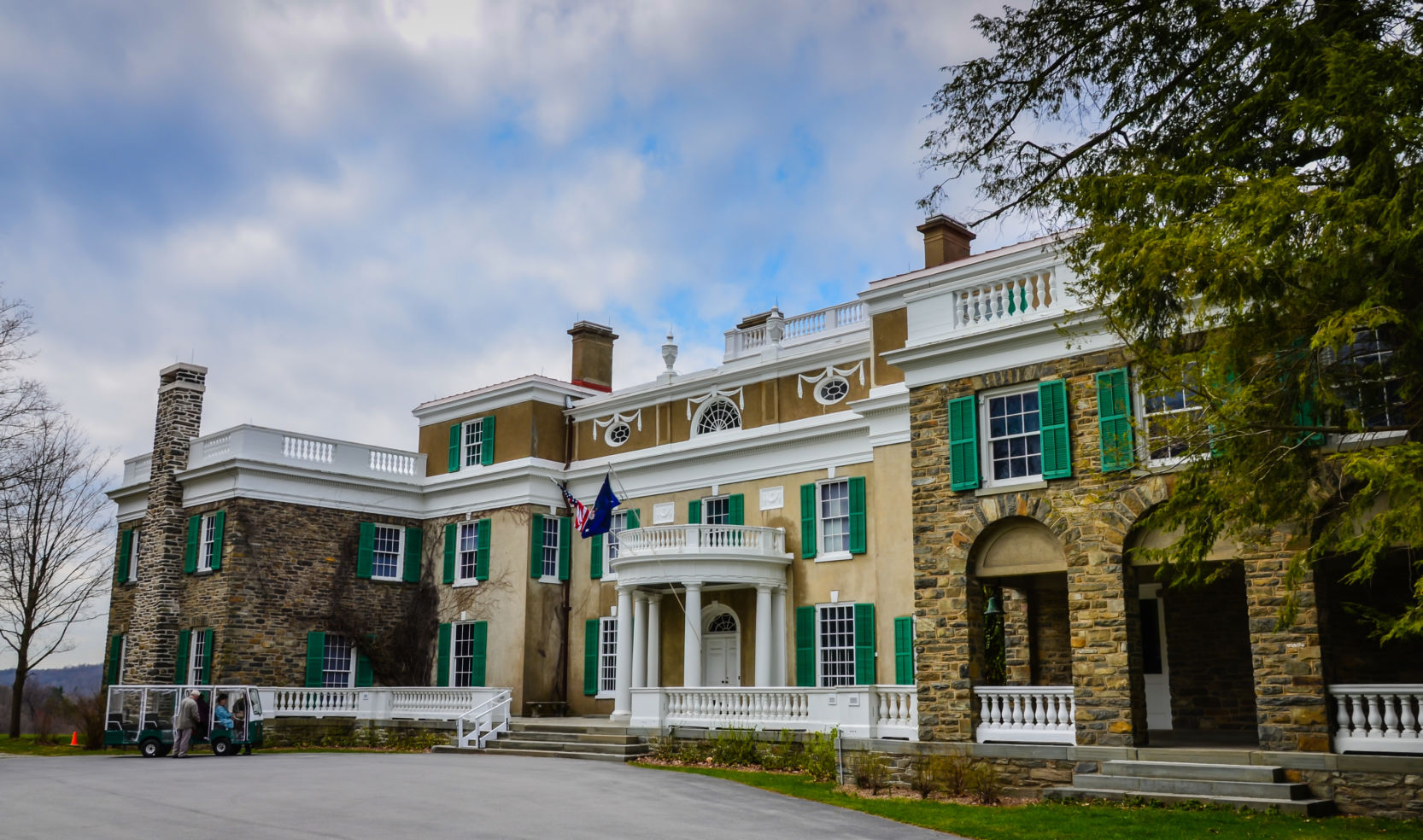 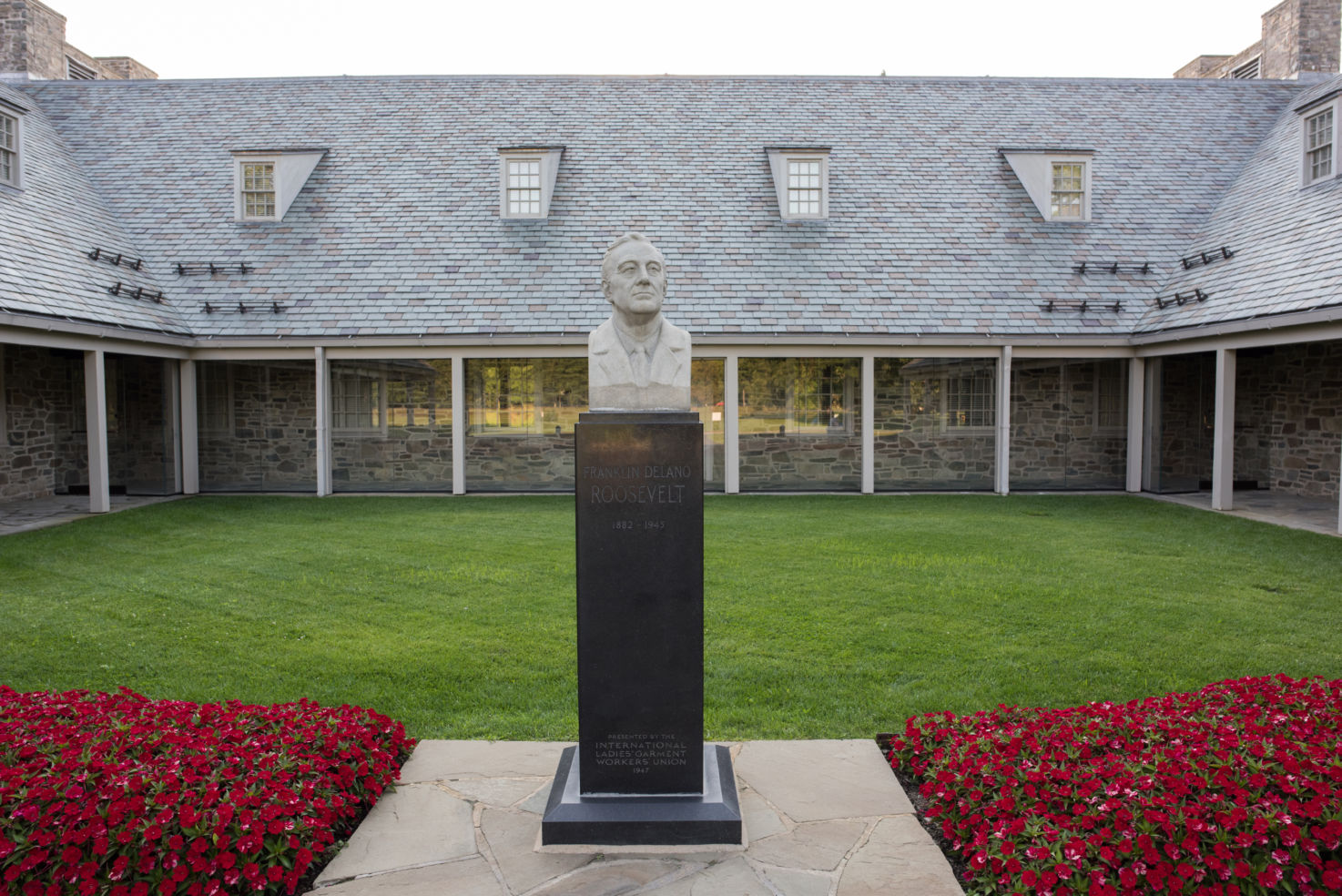 The John F. Kennedy Presidential Library and Museum, in Boston, was designed by I.M. Pei.

A re-creation of JFK's campaign office.

The Lincoln Memorial, in Washington, D.C., is one of the most moving experiences in the city.

A re-creation of the Oval Office at the Ronald Reagan Presidential Library and Museum, in Simi Valley, CA.

The Air Force One plane in which President Reagan traveled nearly 660,000 miles.

Did you know that George Washington used grains from his mill to make rye whiskey?

Thomas Jefferson's home at Monticello, outside Charlottesville, Virginia, provides a window into the founder's conflicted legacy.

Tours take in Jefferson's opulent home and also the history of slavery at Monticello.

President Lincoln first spoke the words "Four score and seven years ago..." at the dedication of the Gettysburg National Cemetery in 1863.

Appropriately, for a president devoted to conservation, Sagamore Hill includes more than 80 acres of parkland.

Hyde Park's home at Hyde Park, New York, is a journey back to the Great Depression and WWII.

Across America, beautiful and inspiring historical sites, museums, and libraries pay tribute to the leaders who helped shape our nation's history.

Yes, Washington, D.C., is the epicenter of American presidential history, but each one of our country's leaders has a site dedicated to his legacy, not to mention an array of monuments and battlefields that also pay tribute to the leaders who helped shape America. From the Virginia countryside to sunny Southern California, here are eight of the most noteworthy places to commemorate America's presidential history.

The gorgeous stark white building that houses the John F. Kennedy Presidential Library and Museum (jfklibrary.org) was designed by I.M. Pei, whose countless other works include the Louvre’s glass-and-steel pyramid. The museum, located in Boston’s Dorchester neighborhood and overlooking the water, features videos, including one narrated by JFK himself, family photographs, and political memorabilia galore. There are seven permanent exhibits at the JFK Library and Museum. They're focused on everything from the presidential campaign of 1960 to the Space Race and space exploration to First Lady Jacqueline Bouvier Kennedy to the American Civil Rights Movement. While visiting the Library, save time to visit the Edward M. Kennedy Institute next door, which opened in 2015 as a tribute to Ted Kennedy, who served as a senator for almost 50 years. It features high-tech, immersive exhibits about the U.S. Senate as well as a full-scale reproduction of the Senate chamber.

The Lincoln Memorial (nps.gov/linc) in the center of Washington, D.C., is situated on the west end of the National Mall, so the majestic statue of one of the USA’s most iconic leaders gazes out over the Reflecting Pool. It’s housed in a building inspired by ancient Greek architecture, with 36 columns, each representing one of the states in the nation at the end of Lincoln’s presidency. And as for the fun facts: the statue of Honest Abe is 19 feet tall and weighs 175 tons. Next to it, the Gettysburg address, which Lincoln gave in 1864, is carved into the wall. Construction began in 1914 and the memorial opened to the public in 1922. It’s open 24 hours a day.

Located on a hill that overlooks gorgeous Southern California, the 40th president’s home turf, the Reagan Presidential Library and Museum (reaganfoundation.org) delivers a wealth of information about the actor-turned-world-leader as well as life in the White House. Permanent exhibits at the Reagan Library include the Air Force One plane in which Reagan flew nearly 660,000 miles (and yes, you can walk around inside it), a piece of the Berlin Wall, a history of the Secret Service, and recreations of the Oval Office, the Rose Garden and other renowned White House spaces. The Museum also includes a collection of Regan-related artifacts and interactive exhibits. For a preview, check out the virtual tour.

After he wrapped up his term as the first president of the newly established United States, George Washington retired to Mount Vernon (mountvernon.org) in Alexandria, Virginia. The sprawling campus stands like a series of exhibition halls depicting life during the end of the 18th century, complete with a greenhouse, stables, gardens. George and Martha’s final resting place is also located here. After getting the new nation off the ground, George Washington became a commercial distiller--and a very successful one, at that. With the help of his Mount Vernon farm manager, a Scottish man named James Anderson, GW set up a distillery as well as a gristmill powered by the nearby stream to grind the grains he’d use to make his rye whiskey. The building burned down in 1814, but after years of archaeological research, the distillery was rebuilt with historically accurate equipment. It opened to much fanfare in 2007 as a functional facility.

Not only did Thomas Jefferson make Monticello (monticello.org) famous (and infamous), he also designed the neoclassical home on what was originally a 5,000-acre plantation just outside Charlottesville, Virginia. There are a variety of tour options for Monticello visitors, from guided tours of the grand first-floor of the house to walks that focus on the property’s slave legacy, including one about the life of the Hemings family, arguably the best-documented family in our country’s reprehensible history of slavery.

History comes alive in Gettysburg, Pennsylvania. A salute to the July 1863 battle that turned the tide of the Civil War, the Gettysburg National Military Park (nps.gov/gett) preserves the battlefields and includes a museum and visitor center that houses a collection of Civil War relics. The Gettysburg Museum of the Civil War contains even more relics as well as interactive exhibits that pay tribute to the influential figures of the Civil War and chronicle the history of the battle and its many tragic effects. Beyond Gettysburg's museum, there’s a bookstore stocked with texts about the Civil War, a restaurant designed like a soldiers’ rest, and tours of the battlefield and National Cemetery, where President Lincoln gave his famous address.

Known as the Summer White House while he was in office, Sagamore Hill (nps.gov/sahi), in Oyster Bay, Long Island, New York, is also where Teddy Roosevelt lived from 1885 until his death in 1919. Today it’s a shrine to the 26th president. Visitors can tour the house, which is set up much like it was when Roosevelt resided there, and visit the Theodore Roosevelt Museum at Old Orchard, Theodore Roosevelt Jr.’s home that’s now a museum featuring films and exhibits about the president’s life. The house at Sagamore Hill sits on 83 acres of diverse topography, from forest to meadow to salt marsh to beach that diverse species of small mammals, birds and amphibians call home. If any presidential memorial visit deserves time in nature, it’s that of Teddy Roosevelt, who was known as the “conservation president,” having passed legislation establishing five new national parks while in office.

FDR's legacy lives on in Hyde Park, New York, where you can visit his Presidential Library and Museum (fdrlibrary.org) as well as go on a tour of his home with a park ranger as your guide. First opened in 1941 then re-dedicated in 2013 after a $17.5 million renovation, the Library houses a vast collection of FDR’s and Eleanor Roosevelt’s papers and various collections, including his famous ship models. In addition to the Roosevelts' own papers, the Library at Hyde Park contains papers donated by the individuals who solidified his policies and programs, from the New Deal to the country’s involvement in World War II, including the long classified correspondence between the president and Winston Churchill.