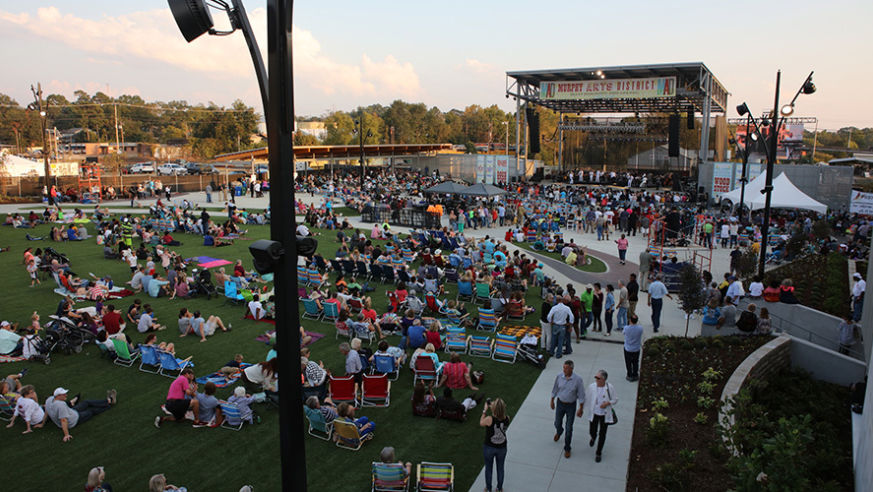 It's never too early to start thinking about your next trip, especially if you plan your travel around festivals or other events. We have news about a star-studded music event in Arkansas that might make loyal Bonnaroo-goers add a trip to Natural State later this year, plus a surprise for anyone who's ever felt squished into their seat on a plane (read: everyone) and the results of a telling study about travelers' regrets.

Are you sitting down? Good. We have three words for you: comfortable economy class. Sounds like an oxymoron, but Delta has invested in a fleet-wide interior redesign of the wide-body 777s used on international routes. All three seating sections—Delta One suites, Delta Premium Select, and the Main Cabin—are getting upgrades. Economy passengers can expect more room in-flight, as rows will now accommodate nine seats across instead of 10, making each one 18.5 inches wide. The revamp doesn't increase legroom, but each passenger gets a personal power port and an 11-inch-wide seat-back screen offering thousands of hours of free content. Also, planes will be equipped with high-tech Gogo Ku Wi-Fi, giving flyers free access to on-board mobile messaging through iMessage, WhatsApp, and Facebook Messenger. The first redesigned aircraft hit the sky on July 2, flying from Detroit to Beijing. The airline plans to have renovations on all 18 planes completed by the end of next year.

A STAR-STUDDED EVENT IN ARKANSAS JOINS THE FALL FESTIVAL CIRCUIT

For many, many years, El Dorado, a city on the Ouachita River in South Arkansas about 16 miles north of the Louisiana border, was known for one thing: oil. In recent years, however, it’s become a hub of culture, thanks largely to the development of the Murphy Arts District, a downtown entertainment complex that came with a $100 million price tag. It includes an outdoor 7000-seat amphitheater retrofitted into a 1928 building that was once a gas station and Motel T Ford showroom. National acts that typically appear in more marquee-name cities have played here, throwing this small town into the national spotlight. Now MAD is celebrating its one-year anniversary with MusicFest (October 18-20), and the stars are coming out to celebrate—Cardi B, Sammy Hagar, George Clinton, Toby Keith, and Gucci Mane among them. Tickets go on sale Friday, June 20, with prices starting at $40. (musicfesteldorado.com)

Travel can be a whole lot of fun, but it can also bring with it a host of anxieties, whether it’s worry over the welfare of pets left behind, that nagging fear that you might've left the back door unlocked, or even a blow-out meal that blows out the budget. A recent survey by home network Porch (porch.com) asked 1,000-plus people about their biggest vacation stressors, travel regrets, and most satisfying trips, and it turns out that the majority of complaints are the result of poor planning, be it a mismatched travel companion, an essential item forgotten, or a shortage of funds. Accordingly, respondents said trips that require little planning, like cruises and all-inclusive resorts, were the most relaxing, while road trips were found to be the least satisfying and least rejuvenating. And though 12.5 percent of people said they regretted the bills they racked up dining out, and nearly 10 percent wish they’d passed on an ill-advised souvenir, the good news is that most people didn’t have any vacation-induced remorse at all.