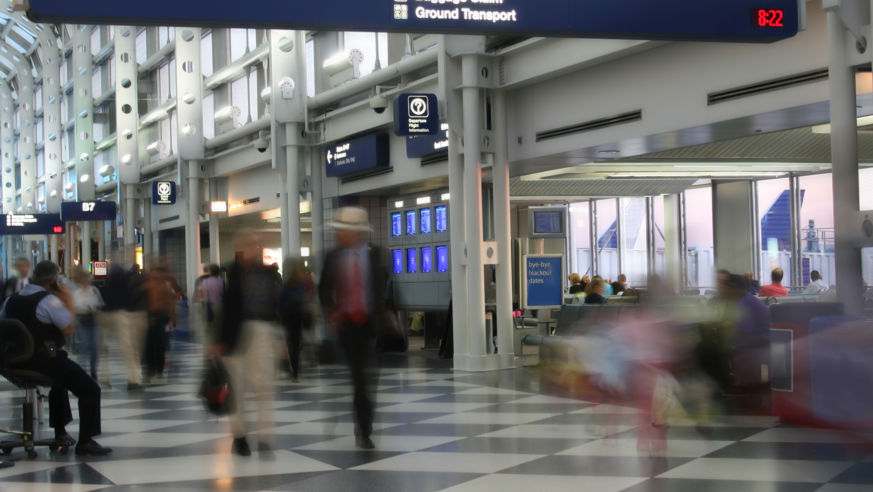 From knowing what kind of ID you need to board your next flight (including domestic flights that used to just require a driver’s license) to the most-searched fictional destination on earth (plus a real-life alternative) to a mind-blowingly original opera festival in New York City this spring, this week’s travel news is all about surprises.

It’s one of our biggest travel nightmares, and it has been happening to far too many of us lately: You get to the airport and learn that you don’t have adequate ID to board a flight. In some cases, it’s because your passport is set to expire in less than three months and the country you want to fly to requires a more up-to-date passport. But even domestic flights within the U.S. have become more complicated: Beginning October 1, 2020, every traveler must present a REAL ID-compliant driver’s license or another acceptable form of identification to fly within the U.S. The Transportation Security Administration (TSA) has launched a campaign to raise awareness of the impending deadline and empower travelers to get up to speed.

“TSA is doing everything we can to prepare our partners and the traveling public for the REAL ID deadline next year,” said TSA Administrator David Pekoske. “The security requirements of the REAL ID Act will dramatically enhance and improve commercial aviation security.”

On April Fools Day, we had some fun publishing New Airline Will Fly You to Hogwarts, Narnia, and Other Out-of-This-World Destinations with tongue firmly in cheek. But thanks to the folks at On The Go Tours, we’ve recently learned that hundreds of thousands of travel enthusiasts actually do spend time online searching for fictional travel destinations from film, TV, and literature. From Oz’s Emerald City to Harry Potter’s Diagon Alley, from Peter Pan’s Never Never Land to Superman’s Metropolis, people apparently really wish they could visit these (sadly) nonexistent spots.

On The Go Tours analyzed Google search volume and determined that Wakanda, from Black Panther, is the most-searched fictional destination in the world. So, if Wakanda can't actually be found on a map (and, trust us, it can't), where should you go instead? On The Go suggests Cape Town, South Africa, one of Budget Travel’s favorite budget international destinations, with great beaches, mountains, a vibrant cultural and culinary scene, and a short distance from iconic African wildlife including lions, elephants, zebras, and giraffes.

New York Opera Alliance (NYOA) will present its fourth annual New York Opera Fest starting April 29 and running through June. More than 20 NYC-based opera companies will put on more than 25 events around the city ranging from traditional theaters and concert halls to bars and museum galleries. Expect the unexpected—think beyond spear-carrying Valkyries, doomed sopranos, and mischievous Spanish barbers—from such noteworthy productions as Heartbeat Opera and Opera Lafayette’s adaption of the biblical story of Susanna; Rhymes With Opera’s treatment of the life of Eleanor Roosevelt; The Stonewall Operas, four premiers performed at the Stonewall Inn, in Greenwich Village, commemorating the 50th anniversary of the Stonewall uprising; and many more.