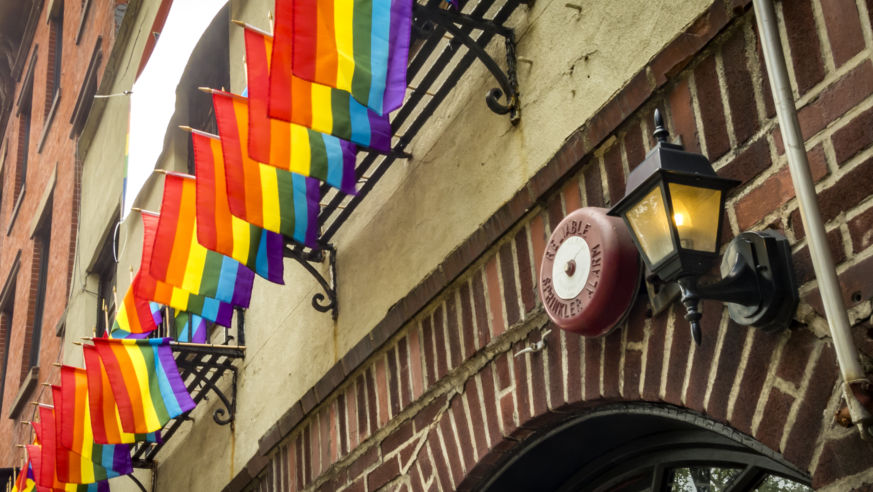 NYC is commemorating the 50th anniversary of the Stonewall Inn uprising with a year of LGBTQ-focused events and exhibits.

From New York City's biggest LGBTQ celebration ever to London's new position atop TripAdvisor's annual awards, plus the truly bizarre story of a plane that took passengers where they did not expect to go, this week's travel news is all about looking at the world in a new way.

New York City is consistently the leading LGBTQ destination in the U.S. because, well, it’s New York City (as Taylor Swift sings, “It’s been waiting for you”), with a centuries-old tradition of welcoming newcomers of all backgrounds, genders, and ages. In that spirit, NYC & Company, the city’s official destination marketing organization, has declared 2019 the “Year of Pride,” with the epicenter coming up in June when the city celebrates WorldPride (June 25 to 30) and the 50th anniversary of the Stonewall uprising (June 28). “We have declared 2019 the Year of Pride, to not only celebrate WorldPride and Stonewall 50 but to acknowledge the perpetual spirit of New York City’s vibrant LGBTQ community,” said Fred Dixon, president and CEO of NYC & Company. “In addition to the iconic events in June, the city is brimming with a yearlong roster of cultural activity.” Events and exhibitions include: “Love & Resistance: Stonewall 50” at the New York Public Library in Bryant Park through July 14, commemorating the riots that broke out at Greenwich Village’s Stonewall Inn on June 28, 1969, in response to a police raid; “Implicit Tensions: Mapplethorpe Now,” at the Solomon R. Guggenheim Museum through January 5, 2020, a retrospective of Robert Mapplethorpe’s breathtaking collages and photographs; pride parades in all five NYC boroughs, with the Manhattan parade set for June 30, including the Stonewall Inn on its route; and dozens of other exceptional offerings all over town. To learn more about NYC’s Year of Pride, visit NYCGo.com.

London Is the Best Destination in the World

Sure, as noted above, we love New York. But congrats to London for topping TripAdvisor’s 2019 Traveler’s Choice Awards as the top-rated destination in the world, unseating last year’s winner, Paris. Based on millions of user ratings and reviews over the past 12 months, the award reflects worldwide enthusiasm for visiting the U.K. capital, largely fueled by the buzz around Harry and Meghan’s 2018 royal wedding. Of course, we recommend London as a destination anytime, with airfares to Europe from the U.S. at a three-year low and a plethora of amazing museums with free admission. Here, TripAdvisor’s top 10 destinations for 2019:

The Plane That Flew the Wrong Way

In yesterday’s lively Budget Travel Twitter Chat about affordable U.S. Road Trips, we asked, "What is the funniest thing that has ever happened to you on a road trip?" One participant admitted to accidentally driving 200 miles in the wrong direction while on vacation. Oops. But as funny-not-funny as that incident may have been, we've got a piece of news that is even weirder: A British Airways flight that was supposed to take passengers to Dusseldorf, Germany, instead flew to Edinburgh, Scotland, due to a mistake in the flight plan filed before takeoff. Um…