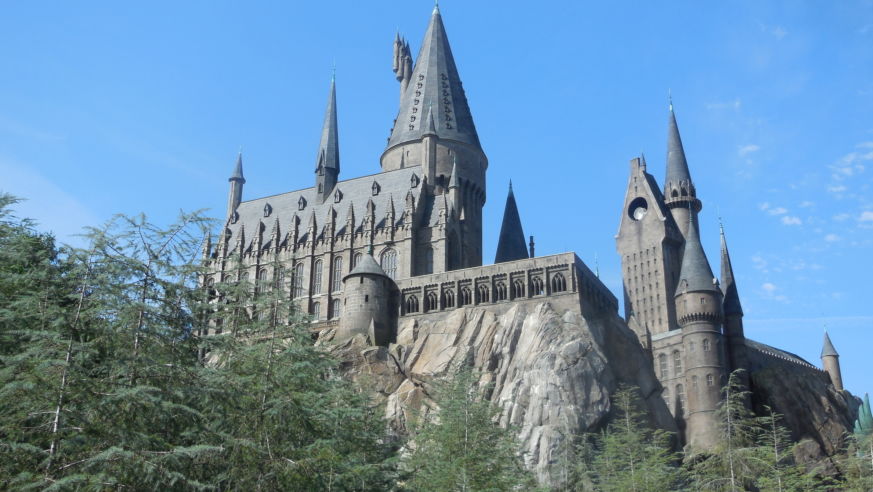 Ready to visit the real Hogwarts?

Fasten your seatbelts. It’s going to be an actual dream trip!

We’re cheering the announcement this morning that a brand-new airline will be offering flights to some out-of-this-world destinations that we never thought we’d actually see.

Charybdis Air, the new flagship airline of Freedonia (one of Europe’s lesser-known gems), plans to fly from several major U.S. and Western European airports, including JFK, LAX, and Heathrow, to an array of magical lands that you can finally start crossing off your bucket list. Here, a look at some of the top destinations Charybdis will be accessing.

With limited access and baffling railroad platform nomenclature, the legendary school for wizards has been historically secretive and less than welcoming to travelers. But all of that is changing thanks to Charybdis Air’s initiative to fly fans of Harry, Hermione, and Ron to the new HGW airport, a short drive from the imposing castle-like building and literally enchanting grounds, where you may come face-to-face with a Hippogriff. Visitors should be aware that the more famous students of Hogwarts are, of course, now grown up and no longer attending the school, but ogling the great hall, staircases, and classrooms will be a thrill nonetheless.

Travelers wishing to visit Narnia have always had to resort to the reliable but clumsy “proceed to the rear of the wardrobe” approach. But starting soon, the land made famous by C.S. Lewis’s meticulously researched books and their film adaptations will be accessible to anyone who wants to jump on Charybdis Air’s new value fares to NRN airport.

First of all, the implication that Oz exists only in Dorothy Gale’s dreams, as strongly implied by the 1939 MGM film The Wizard of Oz, starring Judy Garland, is false. But getting to Oz to explore must-sees such as the Emerald City, Yellow Brick Road, and poppy fields that rival California’s has always been a challenge, with the land surrounding by what is clearly marked on maps as a “Deadly Desert.” Get ready to fly into the Emerald City (EMC) for an unforgettable three-day weekend!

There are two advantages to flying to Never Never Land (NNL), home to Peter Pan, Tinker Bell, and the Lost Boys: First is the gorgeous forest scenery and panoramas of the sea (where you may spy a pirate ship moored offshore). Second is that, while visiting Never Never Land, travelers will not age. True fact: Spend a week, a month, or a year in Never Never Land, and you’ll arrive home the same age as when you left! Also, Charybdis Air’s subsidiary, Scylla Cruise Line, plans to offer fabulous floating holiday trips to Never Never Land as soon as some pesky cruise-port negotiations are resolved.

While the people chronicled in J.R.R. Tolkien’s accounts of Middle-Earth in The Hobbit and the Lord of the Rings trilogy are long gone (the books recount events that took place centuries ago), the stunning geography remains the same. Fly to JRR airport, in the iconic northwest and be greeted by the surprisingly welcoming modern-day Eldar and spend some time relaxing on the beaches of the Great Sea Belegaer. But do bear in mind that the subcontinent Beleriand is now off-limits, having been some time ago engulfed by the ocean.

Charybdis Air is offering a one-day-only rock-bottom value fare to any of the above destinations as long as you book by midnight tonight, April 1.