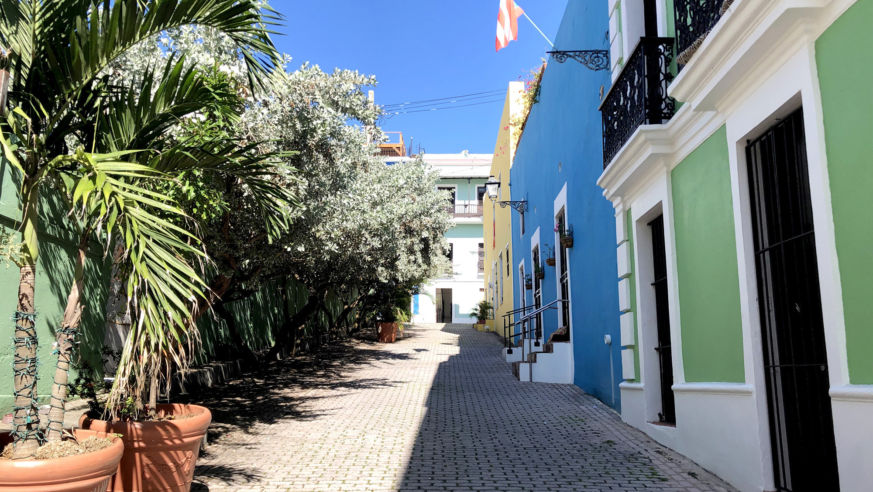 With a vibrant old town, delicious dining, and bountiful beaches, the Puerto Rican capital makes for a welcome escape.

I got the word in early fall: One of my best friends, the one I’ve known since kindergarten, would be getting married in December—in Puerto Rico. In winter. Faster than you can say “bikinis and beaches,” I checked that “yes, will attend” box and started planning what would turn out to be a near-heavenly couple of days in San Juan and its surrounds. Nuptials aside, here’s how I did it. 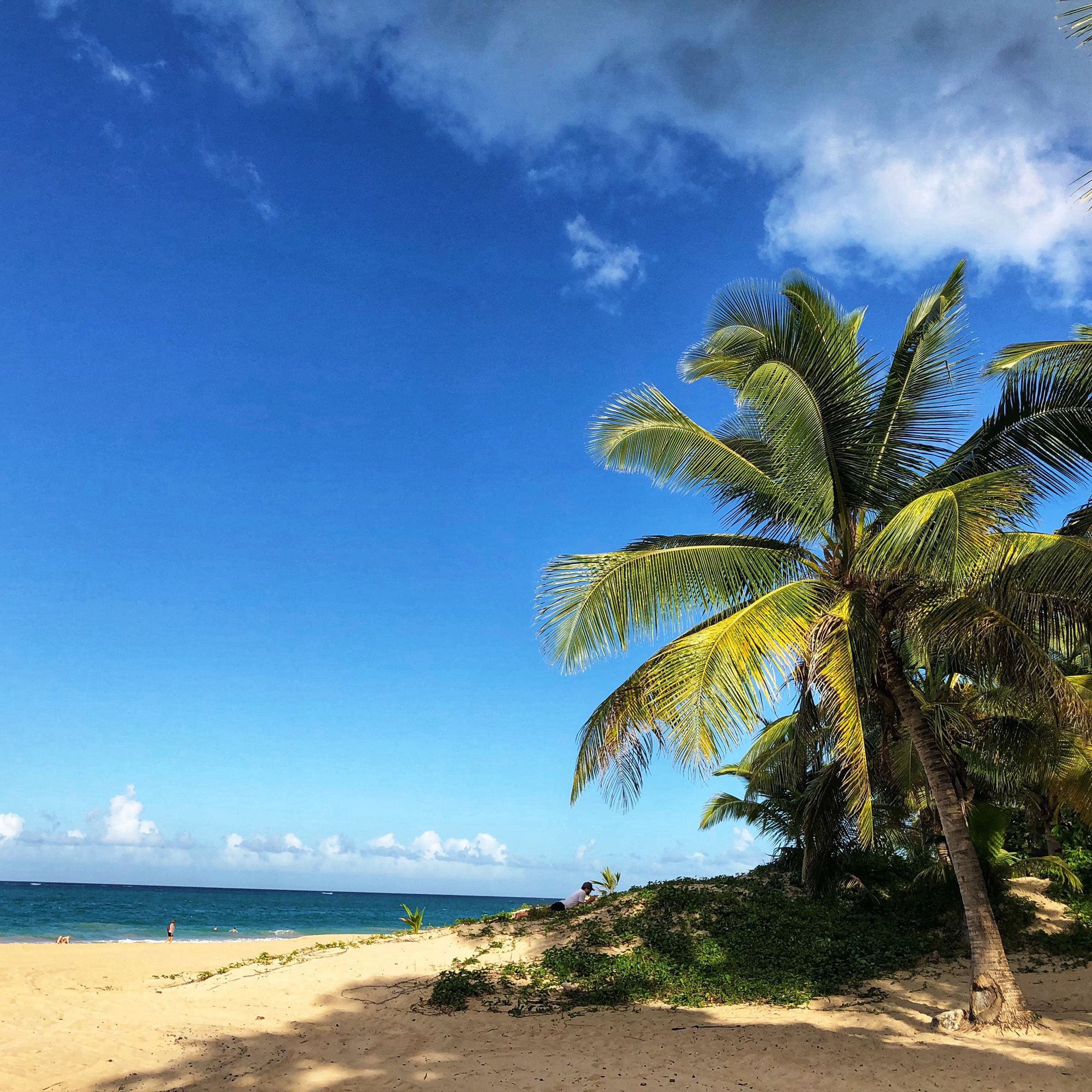 My flight landed a little after noon, and as we made our way from the airport to Old San Juan, we pulled over at Ocean Park for a quick sun-and-sand fix. A local go-to, especially when compared to Condado, a posh beach to the west that sees its fair share of well-heeled traffic, Ocean Park’s sparkling waves and soft sandy shores warmed me to my cold Brooklyn core. 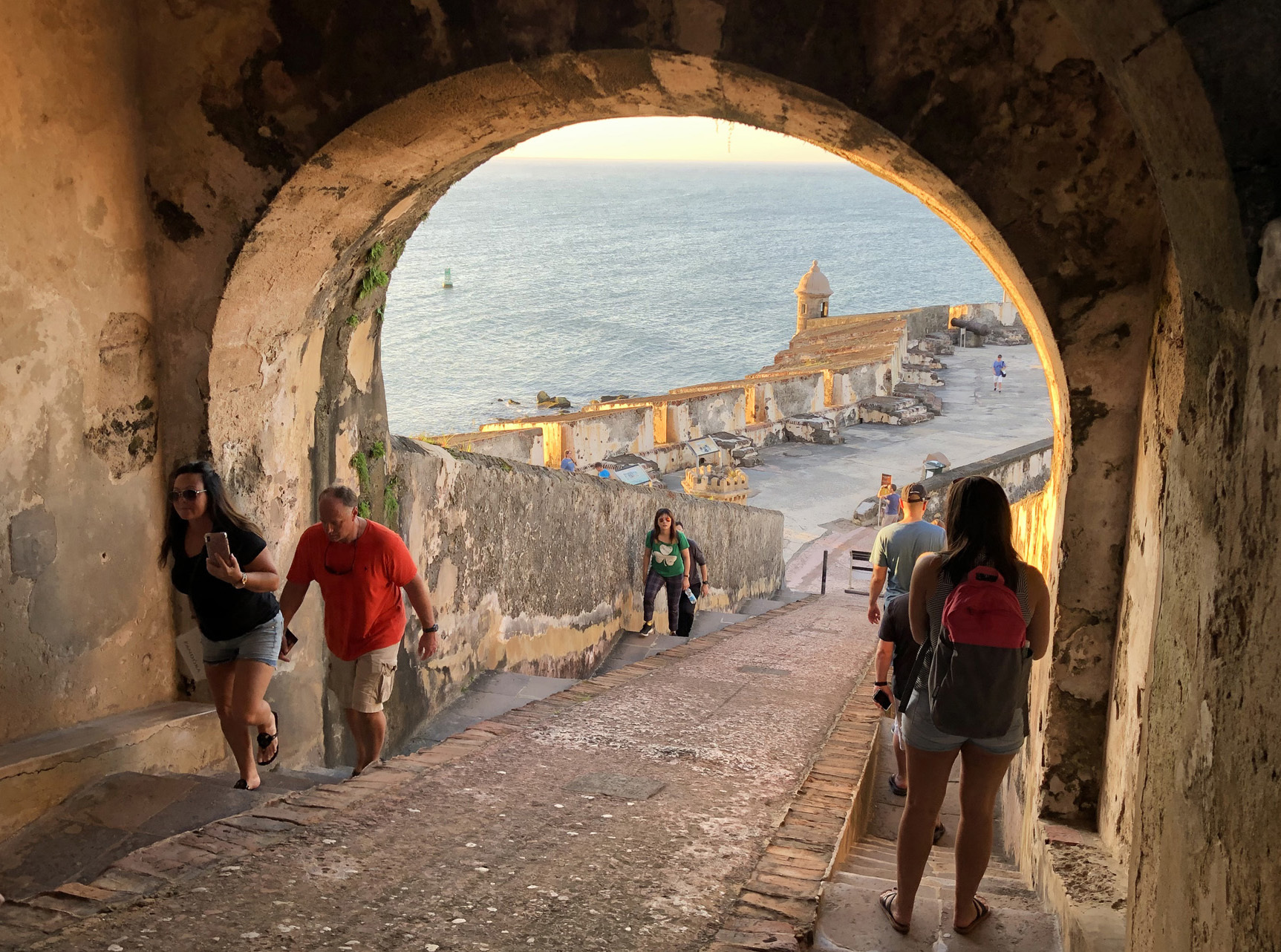 Dose of vitamin D acquired, it was on to the historic old town. We wandered the cobblestone streets, peeking into shop windows and admiring the colorful colonial-style buildings, eventually arriving at Castillo San Felipe del Morro (nps.gov/saju) on the northwestern tip of the city. One of several forts and a defense wall that make up the San Juan National Historic Site, El Morro was built by the Spanish between 1539 and 1790 to protect their colonial territory, and it later served as a U.S. military base during both World Wars. (Have an annual National Parks pass? Bring it along for free entry.) From its perch overlooking the ocean, the fortification is also a great place to catch the sunset. Take in the show from the ramparts, or find a spot on the grassy esplanade out front, let the kids run around and wear themselves out, and watch the kite-flyers in action as the sun dips into the sea. 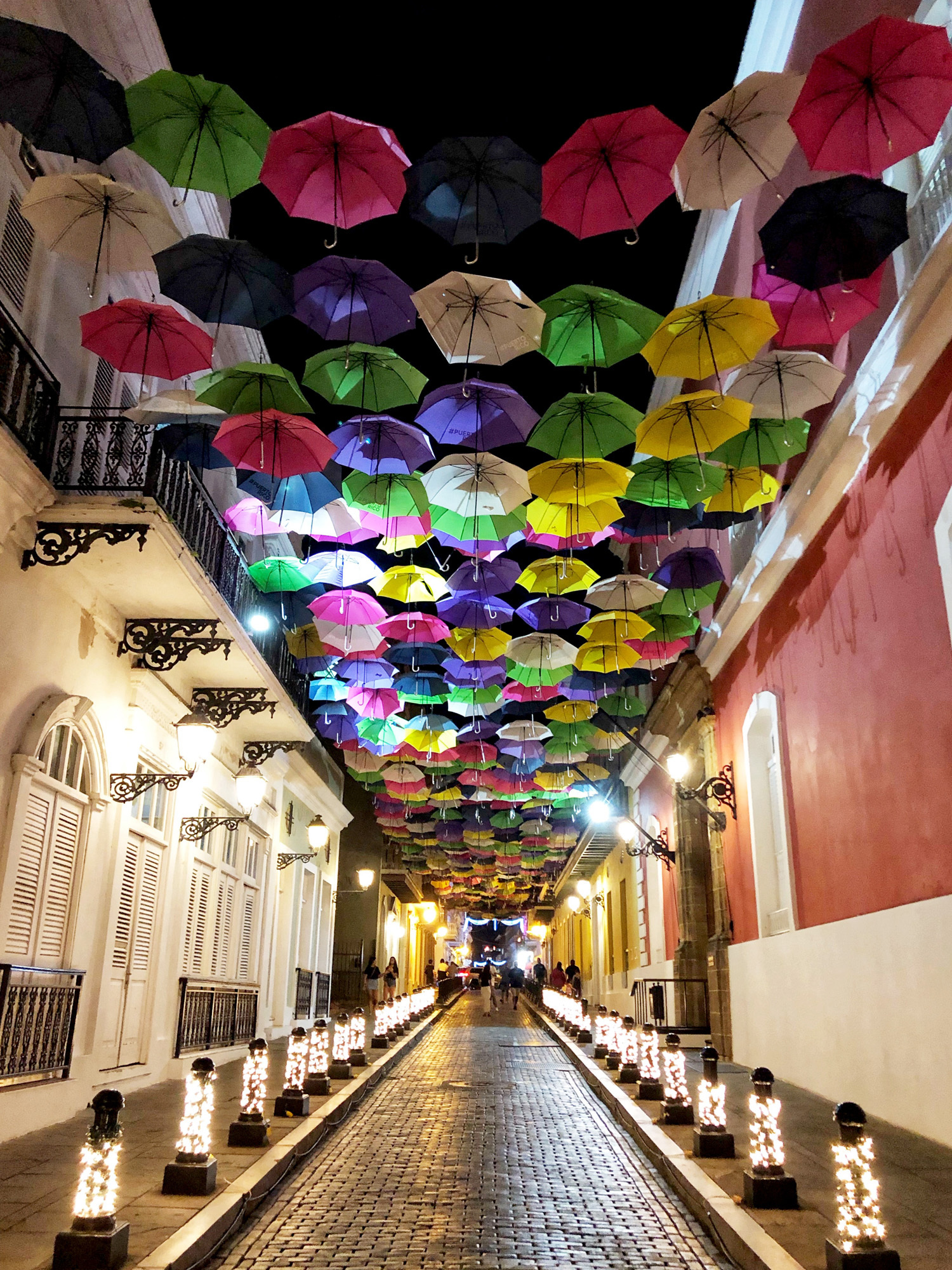 By day, Old San Juan is swarming with people—cruise-ship passengers, tourists, and locals alike—but by the time we ventured out for dinner, it’d emptied out a bit. Heading south toward the docks, we stumbled upon Calle Fortaleza, a pedestrian street leading toward the governor's mansion, where rows of colorful umbrellas hang overhead; an hour or two earlier, the installation had been packed, and now we practically had it to ourselves.

Of course, those crowds had to go somewhere, and if the hour wait time was any indication, they were all at Verde Mesa (facebook.com/verdemesa), a Mediterranean-Caribbean restaurant on Calle de Tetuan, on the quarter’s southern edge. With time to kill, we ducked around the corner to Barrachina (barrachina.com), a restaurant claiming to be the birthplace of the piña colada, and ordered a round of the cheap, frosty beverages—a filling yet satisfying aperitif. Then we splurged on dinner: richly spiced Moroccan lamb stew, charred octopus, and zingy chayote salad. We were here to celebrate, after all.

For a nightcap, it was off to La Factoría (colectivoicaro.com), a boisterous, dimly lit warren recently named one of the World’s 50 Best Bars. With a DJ spinning in the back room and a young, enthusiastic crowd dancing away, the vibe belied the serious, complex cocktails; the Loma de Tamarindo, in particular, was such a compelling smoky-spicy-tart blend of mezcal, tamarind, chocolate, and habanero that it called for seconds. 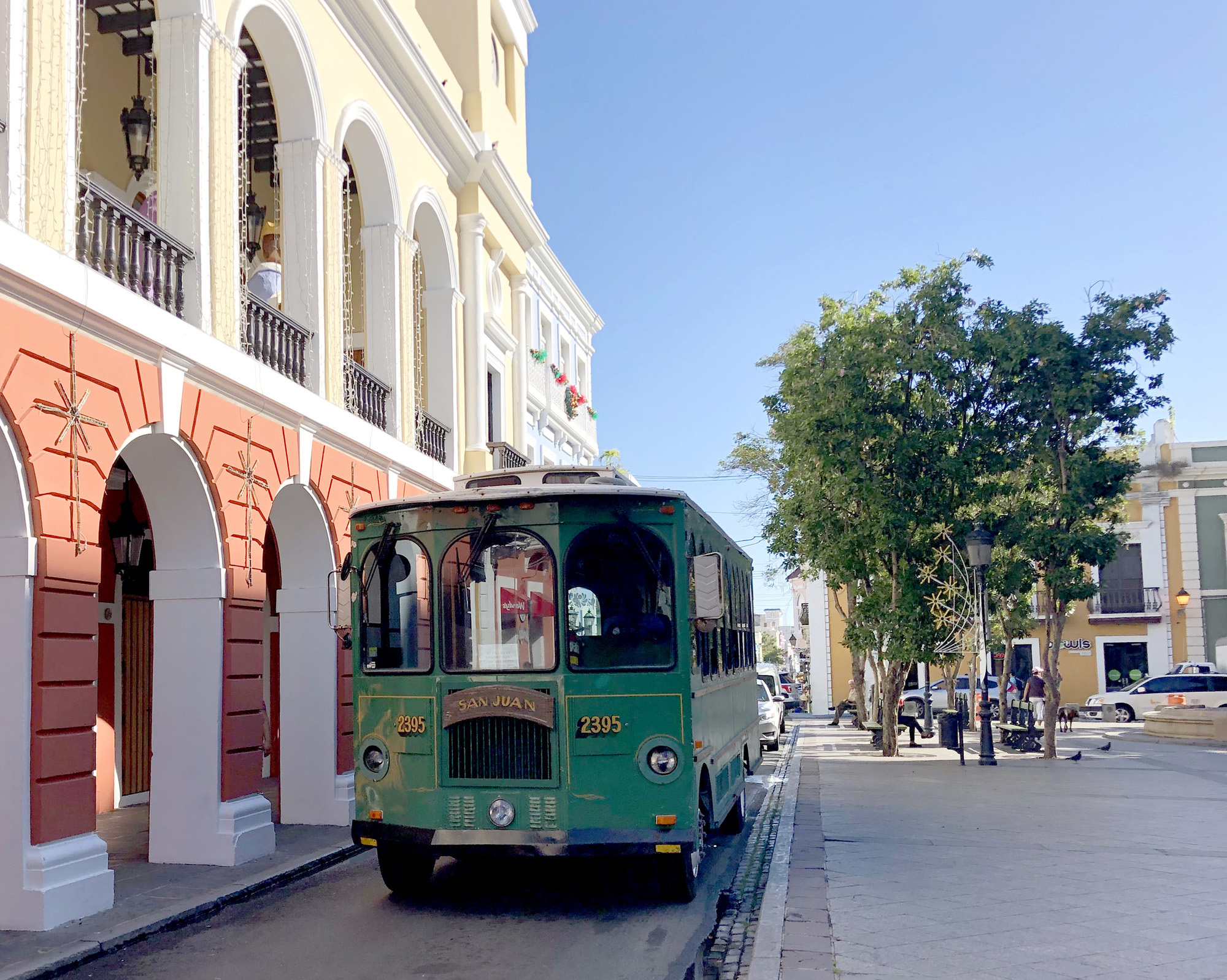 The next morning, we were up and out early, determined to cram as much as possible into the the day. Fueled by strong coffee and Mallorca sandwiches, sweet rolls loaded with breakfast fixings, pressed and dusted with powdered sugar, from La Bombonera (facebook.com/labombonerasanjuan), a historic bakery and café, we ambled northeast through the narrow streets and tree-lined plazas toward Castillo San Cristóbal, part of the city’s fortification system, built between 1634 and 1783 to guard El Morro and the rest of San Juan against land attacks from rival nations like England and Holland. We explored the underground tunnels on the fort’s lower level (be sure to check out the dungeon with a wall covered with roughly sketched ships, thought to be the work of a captain awaiting execution for mutiny), before climbing up to the third level’s observation area for unimpeded 360-degree views of the city.

Back down on earth, we poked around in the shops, ogling the art at Galeria Botello (botello.com), sampling the hot sauces at Spicy Caribbee (spicycaribbee.com), admiring the larimar-laden jewelry in various windows, and finally succumbing to a necklace purchase at MUNS (munsjewelry.com).

For lunch, we took an Uber to Santurce, an artsy neighborhood east of Old San Juan. We were bound for Jose Enrique, a modest place, though its screaming neon-green facade might suggest otherwise. The menu features traditional fare, the kind of dishes you’d find in grandma’s kitchen, kicked up a notch or two with pristine ingredients and professional plating. The place fills up at dinner time, with people queuing up outside, but on this particular afternoon, the wood-beamed, tile-floored dining room was mostly empty, so we were free to requisition the neighboring table for our overflow. It was all stellar, from the simple salad of local arugula to the crab tostones to the minutas (tiny fish, fins and all) to the fried lobster and plantains.

Rolling out of the restaurant after such a feast, some walking was in order. We strolled past the contemporary-art museum (mac-pr.org), the Smithsonian-affiliated Museo de Arte de Puerto Rico (mapr.org), and Centro de Bellas Artes Luis A. Ferré (cba.gobierno.pr), a performing-arts venue, all located within a few-block radius, and through the farmers market at La Placita, Santurce's historic plaza. A night-time hot spot for street party–style drinking and dancing, that afternoon the outdoor tables were sparsely populated, with a handful of locals sipping rum and cokes and exchanging small talk with tourists as salsa music played quietly in the background. 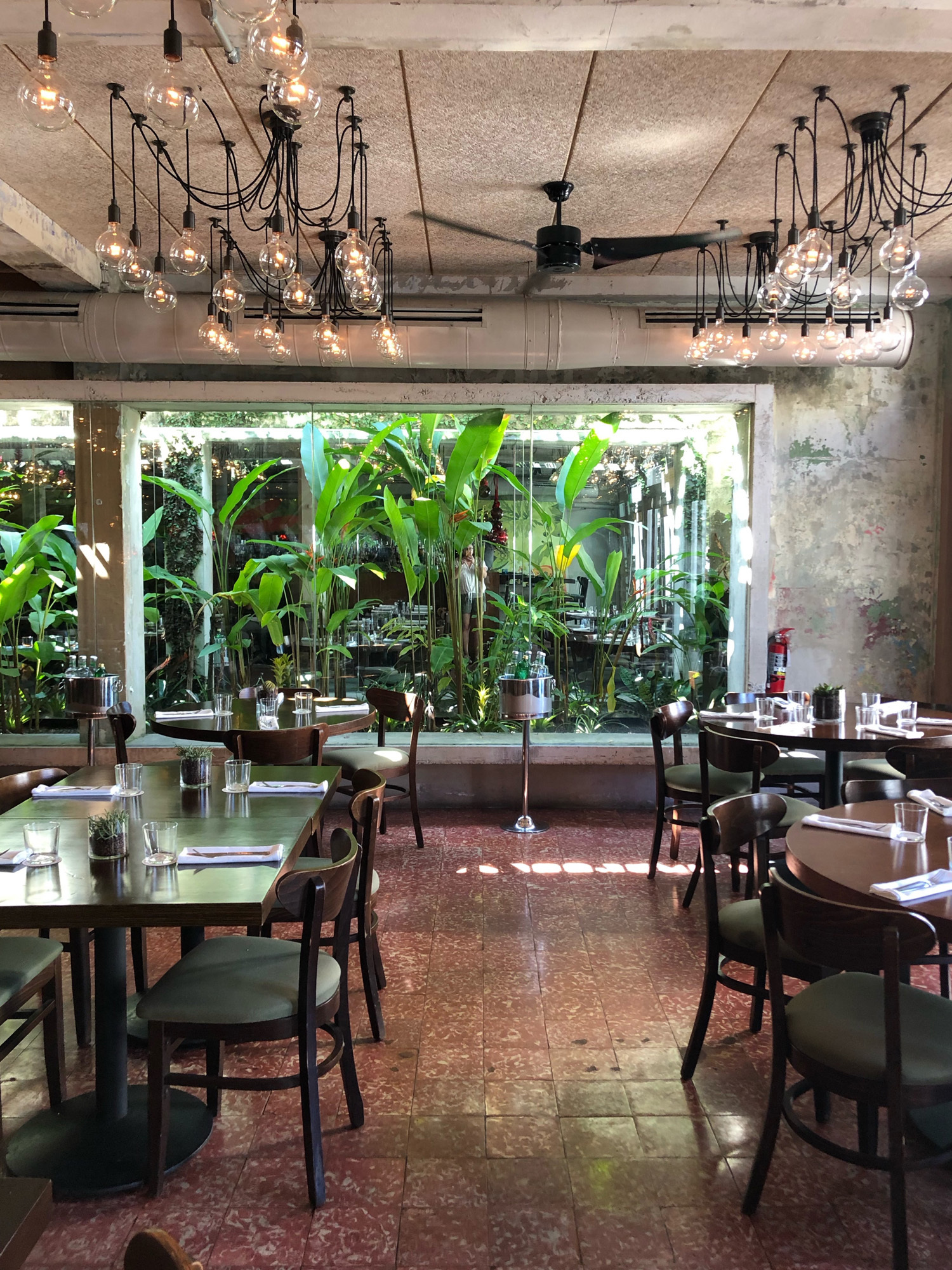 Before we knew it, evening had snuck up on us. From the next block over, the cocktail list at sceney Santaella (santaellapr.com) was calling our name; we opted for the two-bite empanadillas stuffed with chorizo and cheese, and refreshingly cold, tongue-tingling palomas to wash them down. (The restaurant has since instituted a weekday happy hour with discounted drinks and snacks at the bar—an event that would’ve been most welcome during our time in town.) And with that, we called it a night. 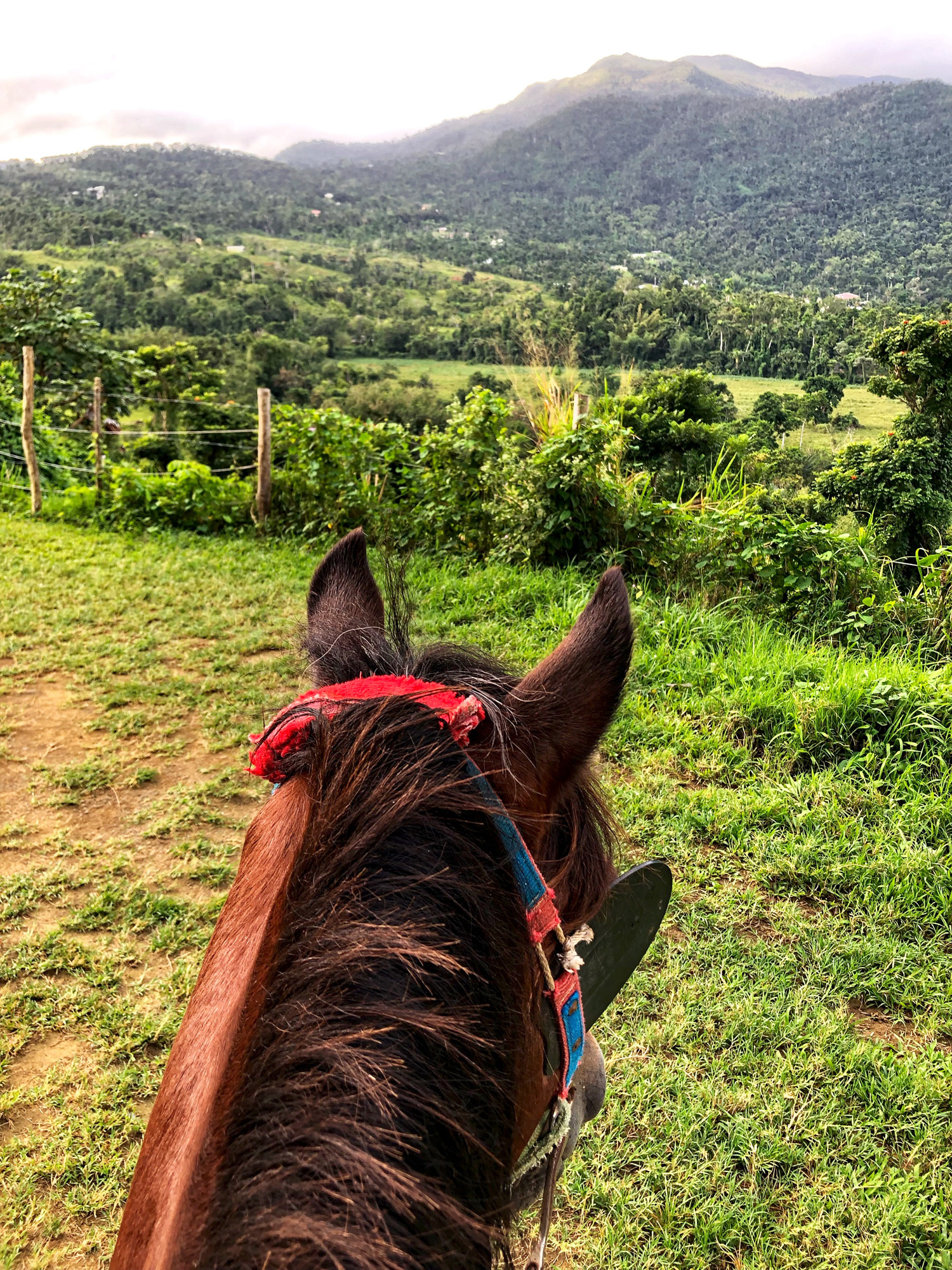 For my last morning on the island, I’d booked an hour-long horseback ride ($39) at Carabalí Rainforest Adventure Park (carabalirainforestpark.com), 45 minutes from San Juan, on the outskirts of El Yunque National Forest. Normally, the park can arrange transportation to and from some of the hotels in town, but since I was scheduled for an 8:30 a.m. weekday ride and their vans require a minimum of four people to operate, I was on my own. The Uber cost as much as the horseback ride itself, but the experience was worth it: My guide and I were the only ones out and about, and he pointed out local plants and animals as we rolled down the trail, chatting about the area’s history and stopping for a well-positioned photo op along the way. 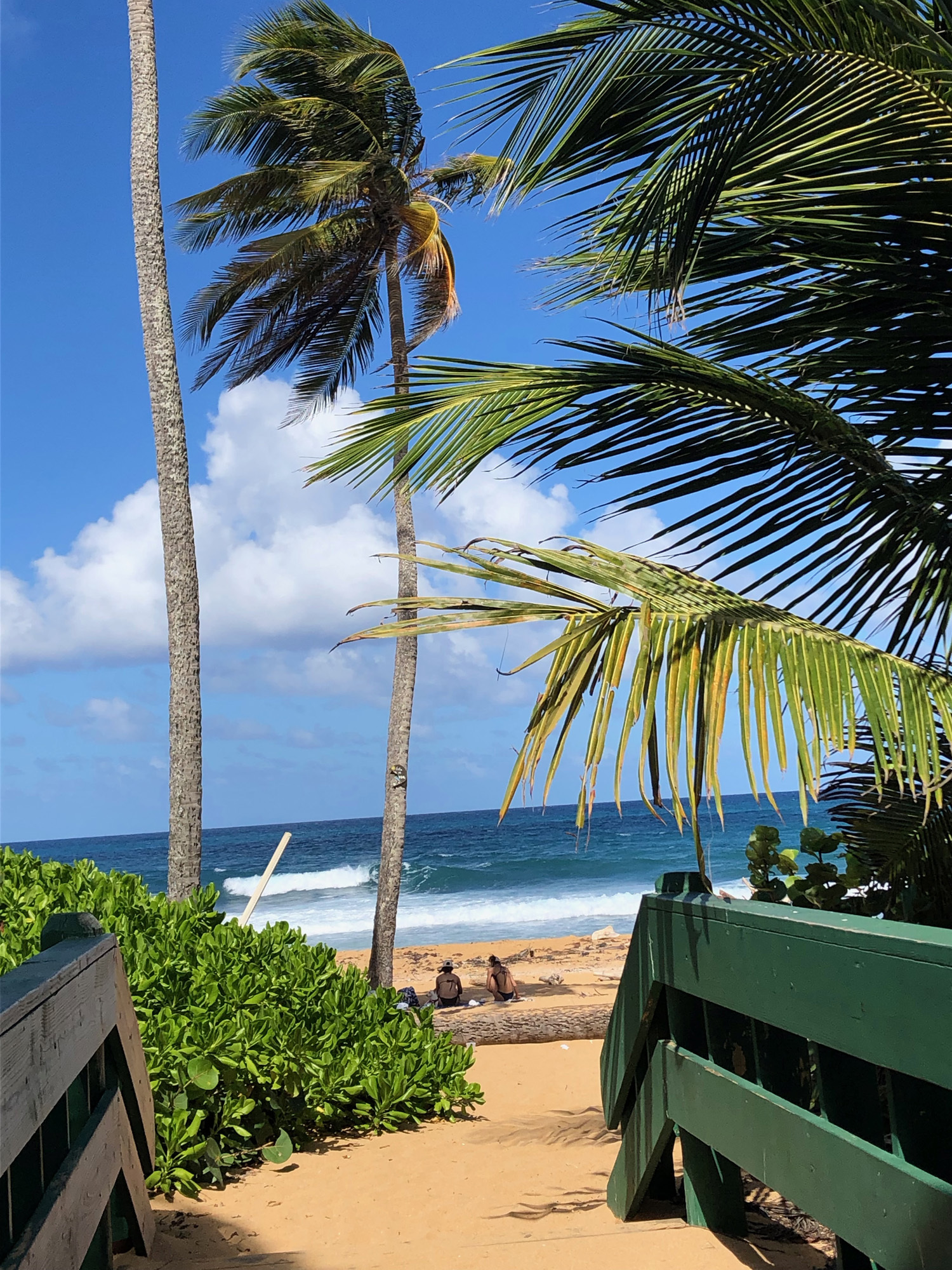 There was one thing left on my to-do list: the beachside kioskos at Piñones, on the island’s northeastern shore, so half an hour after I dismounted, I was joining the line at Kiosko El Baricua (facebook.com/kioskoelboricua) for made-to-order treats and blessedly cold beers. The menu offers eight categories of local snacks, and in the name of science, I ordered something from almost every one, from skewered-meat pinchos to deep-fried turnover-style Puerto Rican tacos, though the crab pastelillos (turnovers), salt-cod and taro-root alcapurrias (fritters), and beef-stuffed plantains (piononos) were the best of the bunch. I crossed the street with my greasy paper bag and condensation-slicked Corona, spread out my towel, and sunk my toes into the sand. I'd be back in New York in a few hours, but at the moment, it felt light years away.