Hotel We Love: Woodlark, Portland, OR 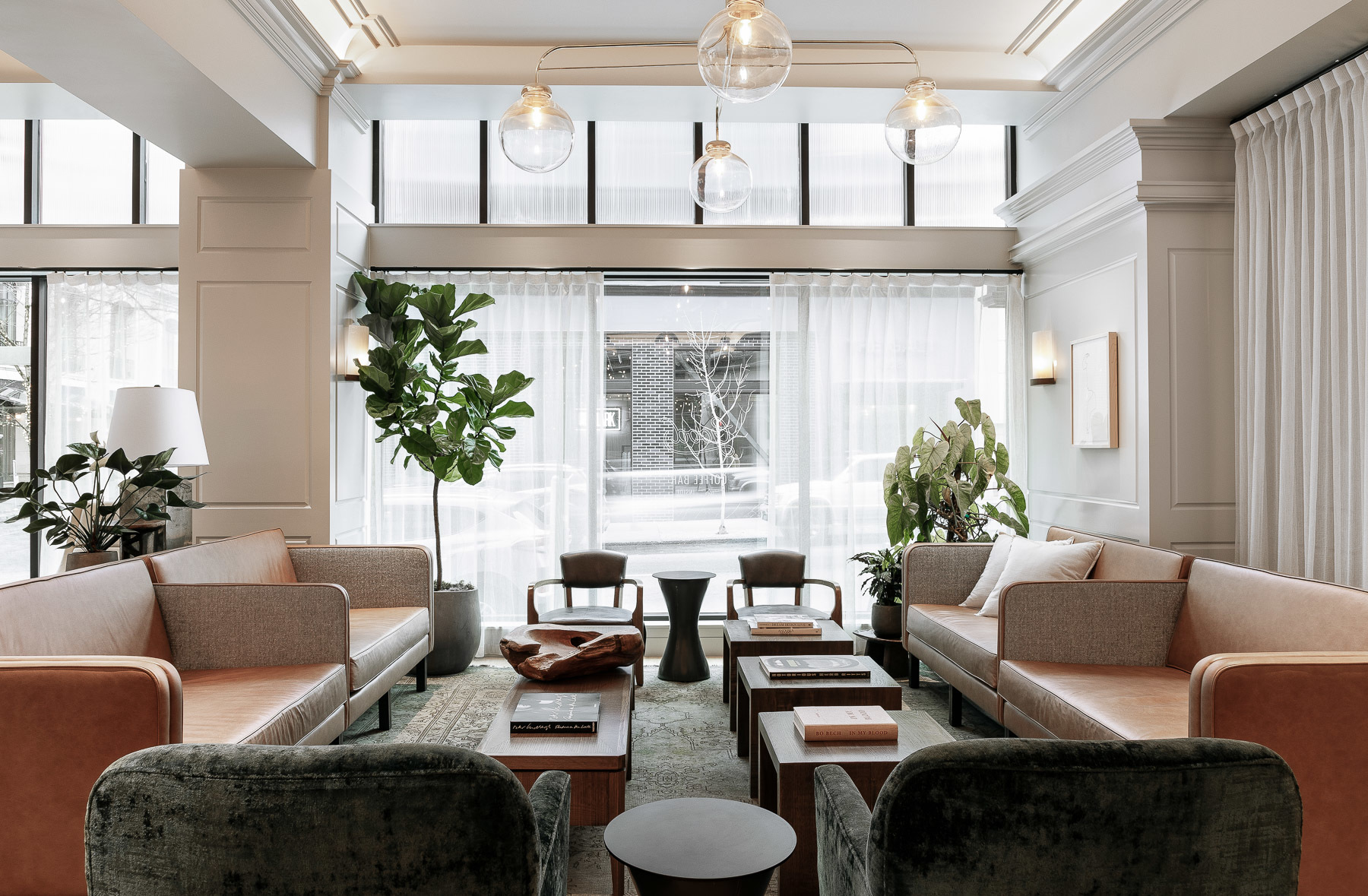 In the heart of downtown Portland, two historic buildings combine to make one contemporary, stylish hotel.

Rose City’s hotel industry is booming—per the tourism board, some 9,000 rooms were available in 2018 and another 1,500 or so are estimated for 2020—and Woodlark is the latest entrant in an increasingly crowded field. But with a buzzy lobby scene, cozy minimalist rooms, and a convenient downtown address pulling in an attractive, youthful crowd, it more than stands out from the pack.

Woodlark comprises two character-filled buildings, the circa-1908 French Renaissance-style Cornelius Hotel and the 1912 Woodlark Building, a beaux arts–inspired former drugstore, both of which are on the National Register of Historic Places. Provenance Hotels acquired the properties in 2015, hiring architecture and design firms to rehab and combine the two distinctive buildings into one cohesive unit. The hotel opened its doors in December 2018.

The accommodations span both buildings, and you’ll find botanical prints from noted photographer Imogen Cunningham, custom wallpaper adorned with plants native to the city, industrial-luxe brass-pipe clothing rods, marble-topped consoles, cush velvet chairs, and handmade artisan wool rugs throughout the 150 rooms. At 230 square feet for a standard king to 665 square feet for a suite, Woodlark's spaces are on the smaller side, though they still allow plenty of room to maneuver. Chances are you didn't come to Portland to hang out in your hotel room, but the amenities are there when you need them: LCD flat-panel TVs, honor bars stocked with a host of local favorites, like Union Wine and Greenleaf trail mix, Bluetooth speakers, and incredibly comfortable down comforter–topped mattresses, not to mention pints of Salt & Straw ice cream on demand.

Centrally located right downtown, Woodlark is a short walk from attractions like the Portland Art Museum, Oregon Historical Society, Lan Su Chinese Garden, and Powell’s City of Books, the local chain’s flagship location, which covers a full block and holds some one million new and used books. The Arlene Schnitzer Concert Hall (portland5.com) is just a few blocks over, and that’s where you’ll catch everything from stand-up comedy to the symphony; for something a bit more rowdy, try the Star Theater (startheaterportland.com) or the Crystal Ballroom (crystalballroompdx.com), both of which book a good mix of contemporary acts. Shows aside, the downtown area gets a bit quiet at night, but you’re a quick light-rail, bus, or Lyft ride away from more exciting environs across the Willamette.

There are three dining options on the premises: Bullard (bullardpdx.com), a meat-centric eatery with an internationally tinged menu from Texas transplant and Top Chef alum Doug Adams; Abigail Hall (abigailhallpdx.com), a cocktail den with upscale bar bites (think: chips and smoked-salmon dip garnished with trout roe); and Good Coffee (goodwith.us), the bustling lobby café slinging espresso drinks, fancy lattes (matcha-lavender or maple and smoked orange, anyone?), breakfast plates, and kolaches inspired by Adams’s home state. On the next block is the Alder Street Food Cart Pod (foodcartsportland.com), a collection of vendors hawking a diverse array of dishes, and a few blocks north, Maurice (mauricepdx.com) serves pretty, Instagram-ready French-Nordic “luncheonette cuisine,” from quiche and clafoutis to smørrebrød and Norwegian meatballs. Some of our favorite happy-hour spots are also within walking distance: Try Little Bird Bistro (littlebirdbistro.com) for discounted drinks and a spectacular double-patty burger loaded with brie, or wrangle a few friends and make for Luc Lac Vietnamese Kitchen (luclackitchen.com), where the pro move is to order every $3 small plate on the menu and wash it down with a dealer’s-choice cocktail.

Woodlark features the Provenance chain’s signature amenities, including a pillow menu, a lending library of spiritual tomes, and fitness kits with yoga mats, weights, and iPads programmed with exercise videos. There’s also a gym on-site, with interactive workout mirrors and Peloton bikes in addition to the standard array of treadmills and ellipticals. The property is pet-friendly, and furry friends receive a warm welcome—treats included—when they check in. 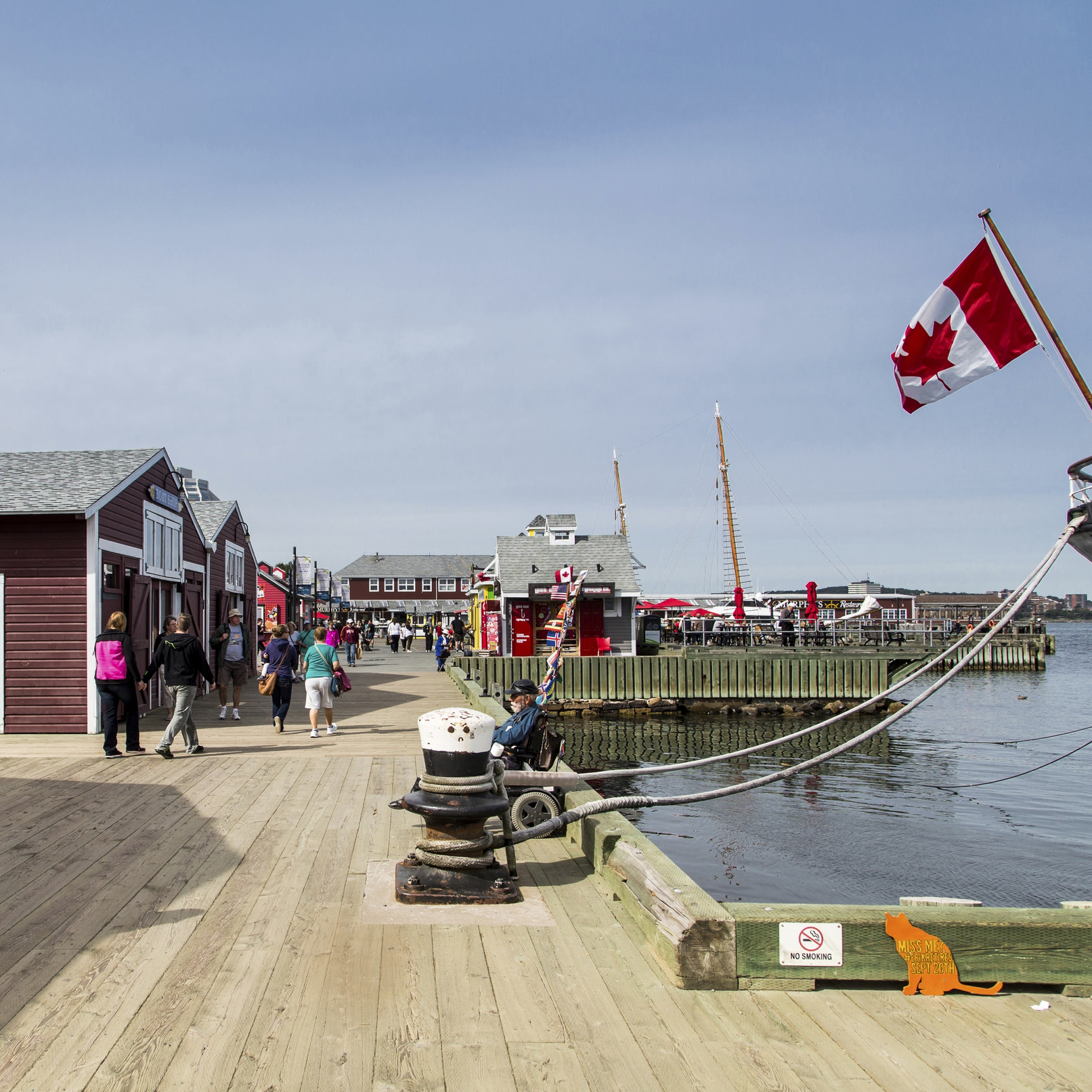 5 Things to Do in Halifax, Nova Scotia 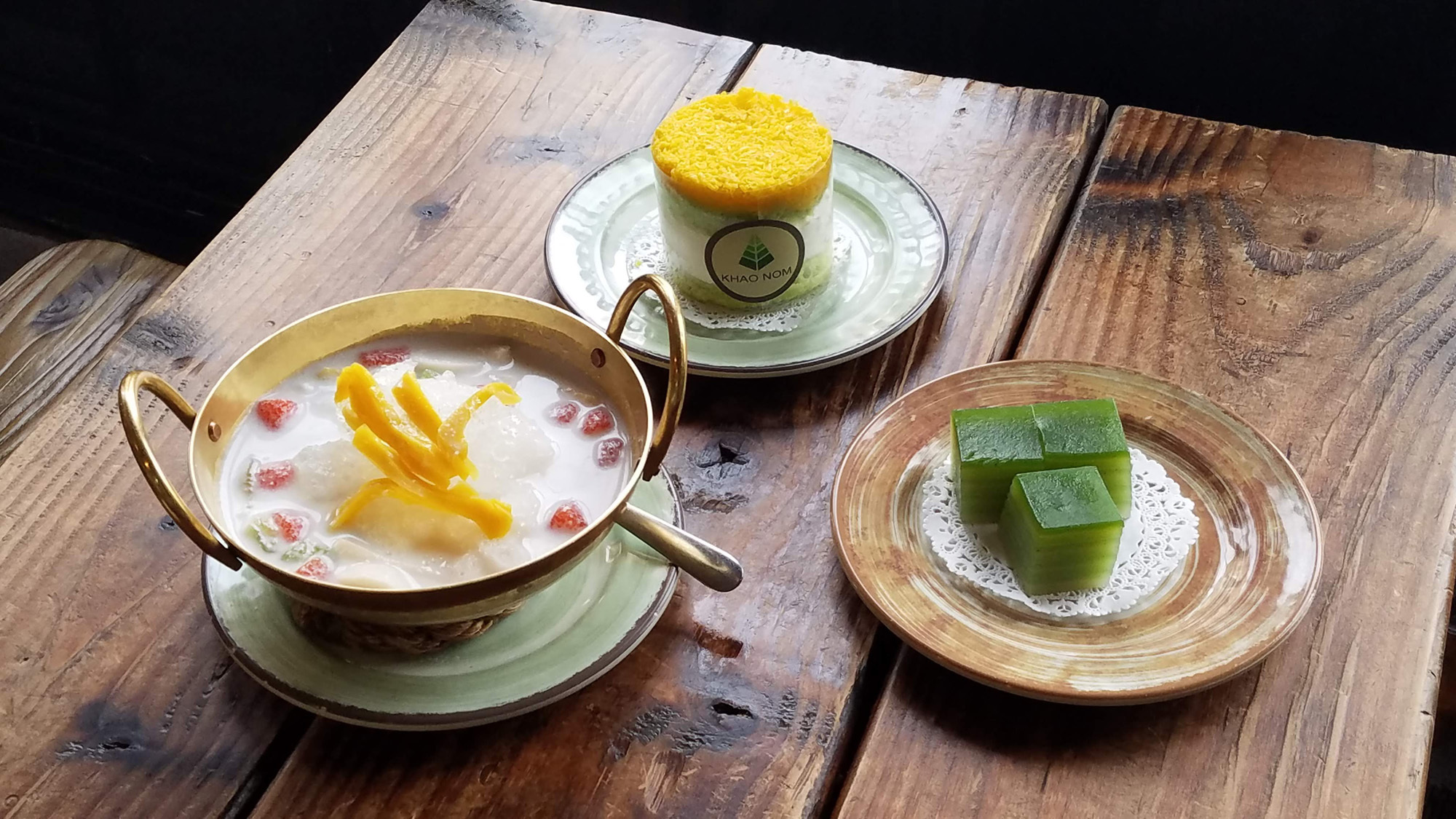 Around New York City in 9 Pastries 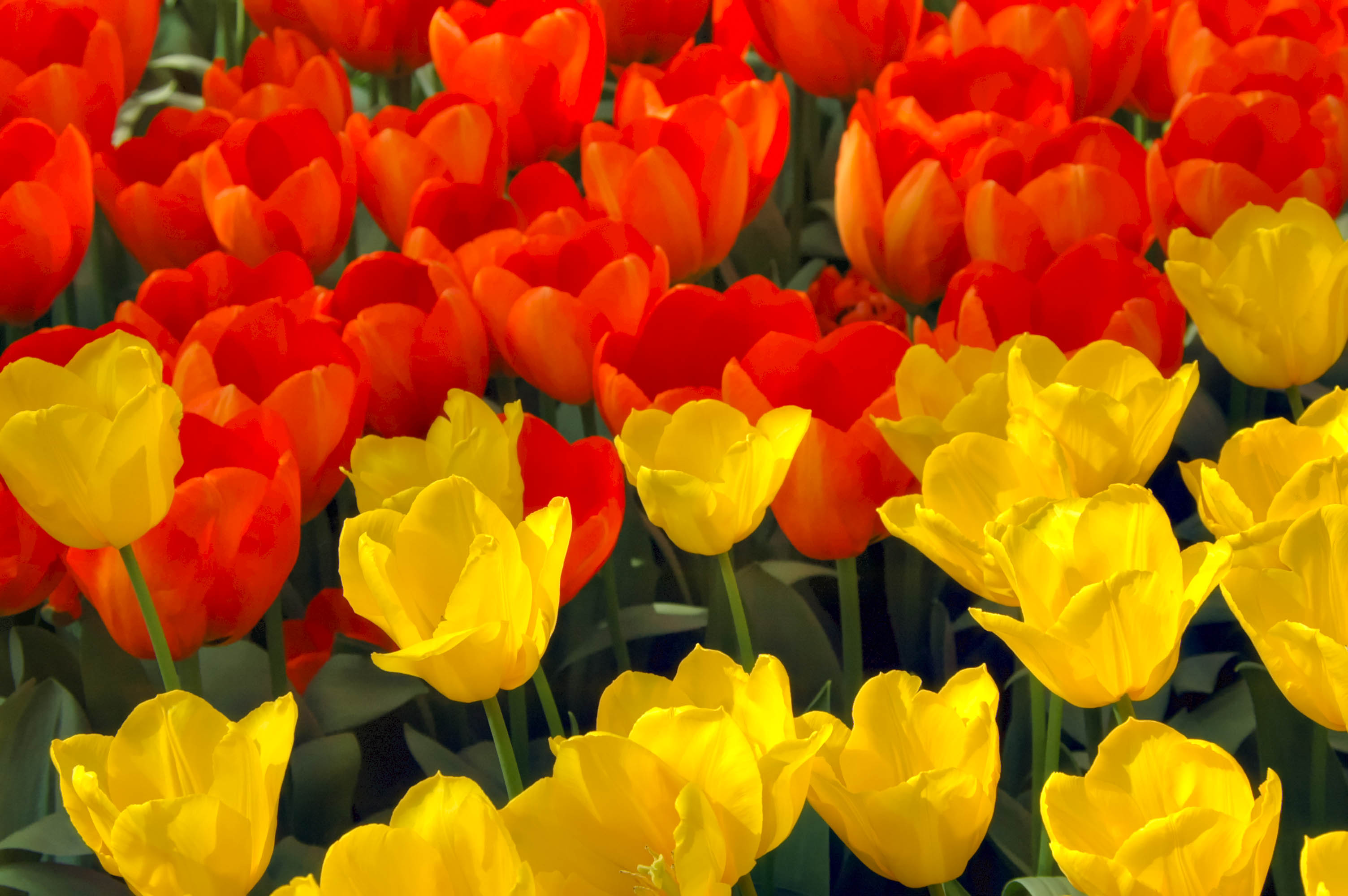 Can you feel it in the air? Spring is on its way, and with it, the exquisite flowers that we've been waiting for all winter. It turns out some of our favorite travel destinations in the U.S. and Western Europe happen to be home to some of the most beautiful explosions of spring flowers on Earth. Here, eight places to see the gorgeous spectacle. 1. TULIP TIME IN AMSTERDAM Step into a Technicolor wonderland. Keukenhof Gardens (keukenhof.nl/en) outside Amsterdam is one of the world's most spectacular flower gardens in April when the tulips are in bloom. Take a guided tour, or rent a bike to go exploring. Or if you really want to indulge, book an Avalon Waterways (avalonwaterways.com) Tulip Time river cruises. The Netherlands is tulip-crazy all spring long, and Budget Travel loves Amsterdam for museums filled with Van Goghs and Vermeers, its charming canals, and affordable hotels. 2 CHERRY BLOSSOMS IN WASHINGTON, D.C. (Pigprox/Dreamstime)Washington, D.C., decked out in cherry trees could melt the heart of even a politician. The trees were given to Washington in 1912 by the city of Tokyo and they attract about a half-million visitors each spring to blossom hotspots like the Tidal Basin. The National Cherry Blossom Festival (nationalcherryblossomfestival.org) traditionally runs through mid-April, with a grand parade this year on Saturday April 13. Your best bet for viewing the trees crowd-free is to visit before the parade weekend and hit the Mall before dawn to catch the blossoms as they're caressed by the dawn's early light. 3. EPCOT INTERNATIONAL FLOWER &amp; GARDEN FESTIVAL IN ORLANDO Walt Disney World is not just for kids, and the Epcot International Flower &amp; Garden Festival (disneyworld.disney.go.com) will delight grownups! March 6 through June 3, you'll find gorgeous blooming gardens, topiaries featuring plants in the shape of Disney characters, and outdoor kitchens cooking up seasonal treats, plus live entertainment. 4. ROSE FESTIVAL IN PORTLAND, OREGON Portland, Oregon, the "Rose City" is heaven on earth for flower lovers in May and June. The Portland Rose Festival (rosefestival.org) includes parades and CityFair, with rides, concerts, and food along the waterfront. The festival also honors outstanding young women from local high schools with scholarships and mentoring from community leaders. 5. PARIS AND VERSAILLES (Anna Guryeva/Dreamstime)If you visit Paris in springtime, don't stay cooped up inside, no matter how beautiful museums like the Louvre and Musee d'Orsay may be. After all, the Louvre's collection includes not only paintings, drawings, and sculptures, but also the Carrousel gardens and Tuileries, which offer explosions of spring color, fragrant paths, and inviting landscaping. And for a real dose of spring flowers, don't miss the Luxembourg Gardens and a day trip to Versailles! 6. GIVERNY, FRANCE One of our favorite quotes about flowers comes from Claude Monet: "I work at my garden all the time and with love. What I need most are flowers, always. My heart is forever in Giverny." A trip to Giverny, about an hour outside Paris, will get you up close and personal with the ponds covered in water that inspired the artist, the tiny village where the important Impressionist lived and worked from 1883 to 1926. 7. DESERT BOTANICAL GARDEN, PHOENIX, ARIZONA Ready for something a little different? Get succulent! That's right, the Desert Botanical Garden (dbg.org) in Phoenix includes over 4,000 species of desert plants, including flowering cacti. Visitors to the Southwest during its flower season marvel at the beauty of these amazing prickly plants.The garden is one of the world's premier centers for the study of desert plants and aims to promote education, conservation, and protection of the plants of the Sonoran Desert as well as other desert plants around the world. 8. HAMPTON COURT, LONDON We love the sometimes overlooked Hampton Court Palace (hrp.org.uk), reachable by boat from central London and arguably the most beautiful of the U.K.'s royal palaces. When visiting this site, substantially redesigned and rebuilt by Christopher Wren in the 17th century and heavily associated in earlier times with Henry VIII (of the six wives), you may very well lose your head over the palace's flower gardens and garden maze. 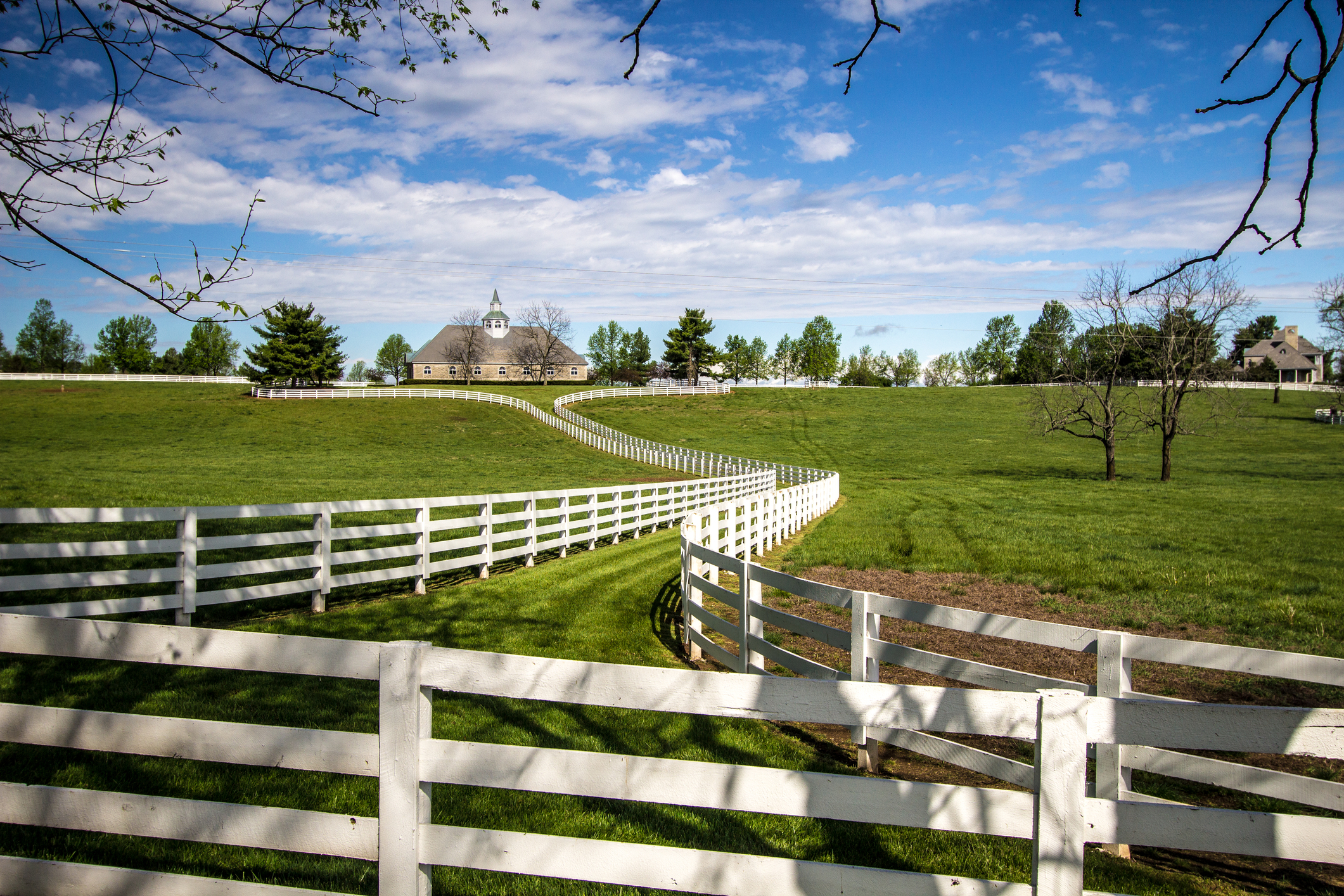