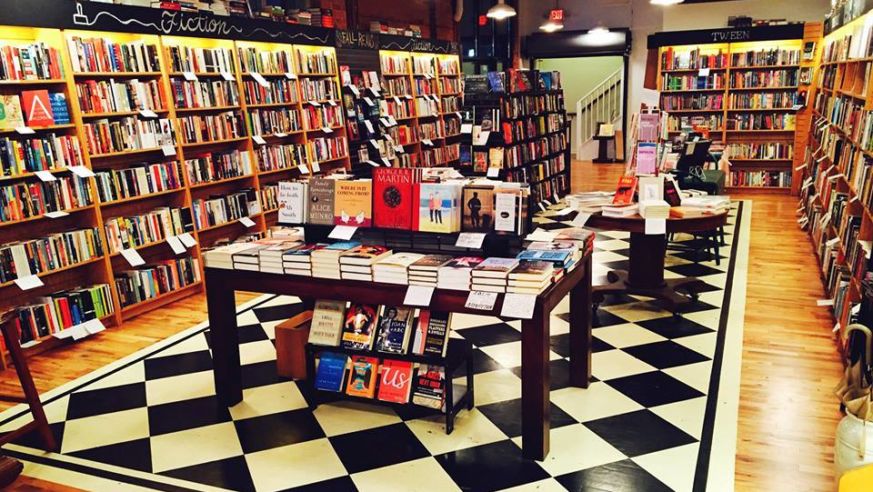 From California to Massachusetts, independent bookstores are national treasures.

Independent bookstores play the role of literary sanctuary for readers both young and old, and the fact that bookstores are celebrated in the age of Kindles and digital downloads is a testament to the written word. From stores that specialize in a certain genre, like children’s books in French, to others that offer creative features such as a public typewriter, they also often function as community centers, hosting readings with both local and well-known authors. We scoured the country from the Pacific Coast to New England to the Deep South to bring you seven unique bookstores that deserve a visit, whether you're passing through or looking for a way to spend a day.

Boasting the largest selection of children’s French books in the country, The French Library (thefrenchlibrary.com) is an enchanting bookshop that lures in young readers with its artful arrangement of books and toys. It opened in 2016 to fulfill a need within New Orleans’s French immersion community, and owner Katrina Greer is devoted to nurturing children’s imaginations. In addition to stocking books in English and French for children up to age 11, they also sell toys and games. Wander to the back of the store and you will encounter un petit café that serves local coffees, teas, and pastries. They also offer French classes for children and other kid-centric activities including private tea parties.

Literati (literatibookstore.com) is located in downtown Ann Arbor, only a few blocks from University of Michigan, and it certainly lives up to its name by attracting high-profile authors and hosting a variety of book clubs. But perhaps its largest claim to fame is the public typewriter which stands proudly amid the store’s sprawling shelves. Visitors are invited to type their musings, whether that’s a love poem or a corny joke. A collection of these musings, Notes From a Public Typewriter, was recently published by the store. Let the aroma of brewing coffee from the full-service espresso bar entice you upstairs, where you can sip a cup of joe and savor your latest purchase.

Locally owned and independently run since 1932, Harvard Bookstore (harvard.com) has become known as a Harvard Square landmark. Stocked with an extraordinarily diverse selection of new, used, and remaindered books, you’re guaranteed to find something of interest here. Don’t miss the beloved used book basement, where the walls are plastered with old newspaper clippings, book covers, and bookmarks, most of which were found by the staff in the previously read books. The store hosts an award-winning author series with more than 300 author events a year, and a Signed First Editions Club. For writers interested in self-publishing, they also have a print-on-demand machine on site that can print books in the store at an affordable price.

Intended for the true bibliophile, Alabama Booksmith (alabamabooksmith.com) is the only bookstore in the world whose entire inventory is composed of books signed by the author. As every book in the spacious store is signed, they are each displayed face-out on the shelves, ensuring that shoppers are able to view the carefully-curated stock. Most of these books are first editions, and the store also offers a Signed First Editions Club, which is now in its fourteenth year. Each month, the shop selects a new book and a signed copy is sent to hundreds of members around the world. There is no cost to join, and selections are charged monthly at the regular retail price. As owner Jake Reiss explains, "Like fine wine, signed first editions increase in value," so it's a great investment. Over the years they've had books signed by many award-winning and well-respected authors, including John Updike and Isabel Allende.

Situated just across Pacific Coast Highway from the beach, Laguna Beach Books (lagunabeachbooks.com) is a gem that reminds many of the the bookstore in You’ve Got Mail. I should know — I’ve been lucky enough to work here for the past ten years. Inhale the salty ocean breeze and admire the replica of the Main Beach Lifeguard Tower which stands just inside the front door. Adorning the shelves are handwritten notes by staffers to express their enthusiastic recommendation for a particular book. LBB, as it is affectionately referred to by locals, is known for its clever gift items, such as their “Make America Read Again” hats.

Is it a bookstore? A wine bar? The answer would be yes and yes, as owner Nicole Sullivan combines the best of both worlds when she created BookBar (bookbardenver.com) in Denver. Stroll through the open space, past the bookshelves brimming with treasures, and make your way to the wine bar, which also serves as a community gathering place. For writers (and readers) in need of a room of one’s own, consider renting BookBed (bookbeddenver.com) a spacious and fully-furnished one-bedroom apartment located above the shop. Sullivan has also created BookGive, the non-profit arm of BookBar, which donates thousands of books every year to those in need.

Birchbark Books (birchbarkbooks.com) describes itself as “a locus for Indigerati — literate indigenous people.” Owned by esteemed Native American author Louise Erdrich, the staff is dedicated to nourishing and building a community that revolves around books. With a special emphasis on Native American literature and arts, you will encounter traditional basketry, dreamcatchers, and Native paintings. As you meander through the small store, take note of the handmade wooden canoe hanging from the ceiling. For those feeling especially gluttonous, sidle up to the store’s confessional booth (or forgiveness booth, as it’s now referred to.) Young children will delight in the tiny loft and the hobbit hole that inspires them to indulge their creativity.