6 Things to Do in Cardiff, Wales 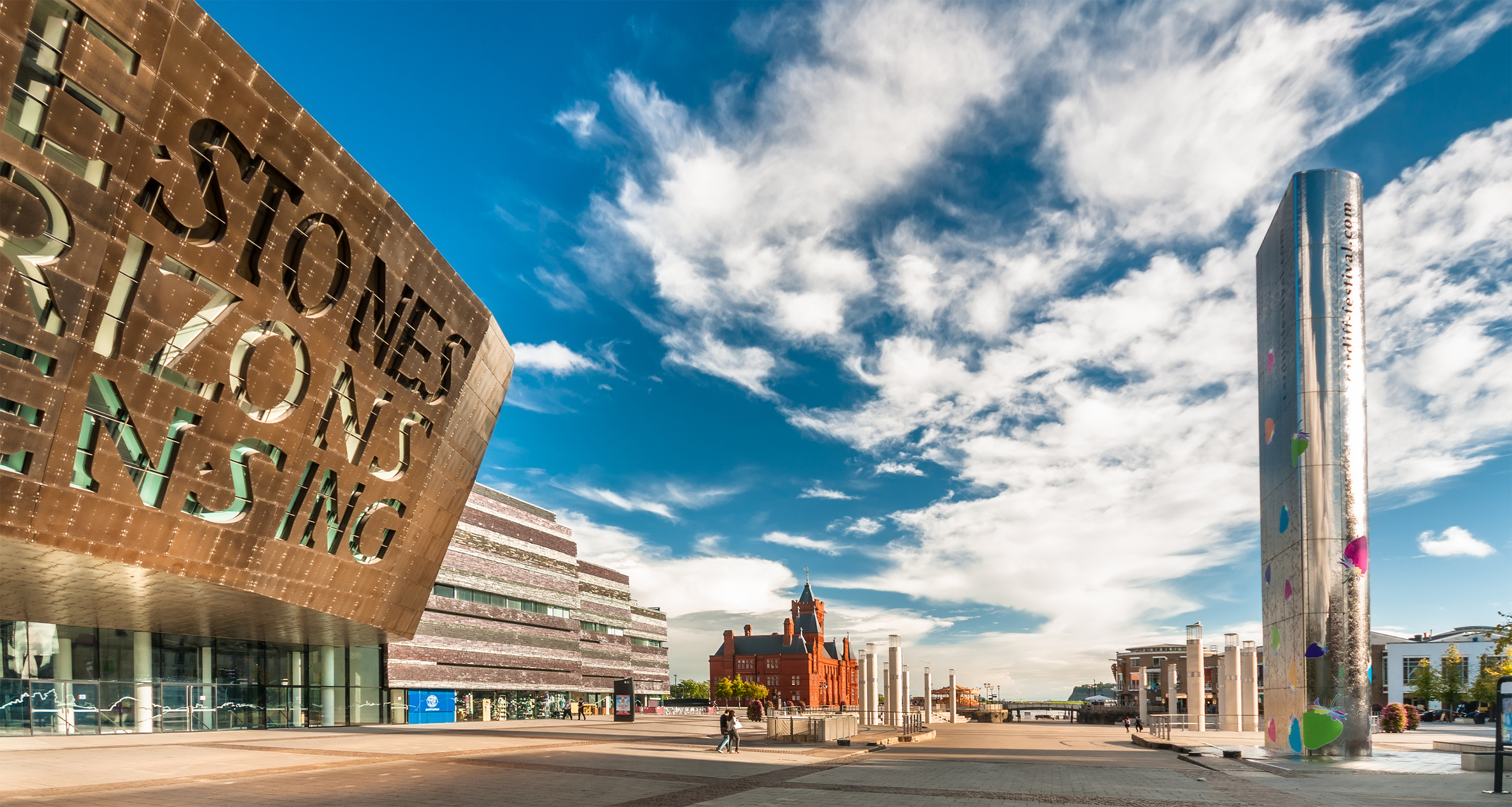 Deymos/Dreamstime
This once industrial town makes for a vacation that blends history, culture, traditional bites, and craft beer.

Cardiff Castle, a medieval wonder, sits right in the city center, its presence a reminder of this rejuvenated town's rich history. In Victorian times, Cardiff was a coal capital of the world until the industry fell off, taking the city down with it. But in the last two decades, major projects have been unveiled, like a sleek government building and a modern performing-arts center, both of which contributed to the rejuvenation of Cardiff Bay. The Welsh capital is a mere 150 miles from London, easy to get to by train or bus and surrounded by bucolic country villages. Here are a few things to do—and see and eat and drink—in this revitalized urban destination. 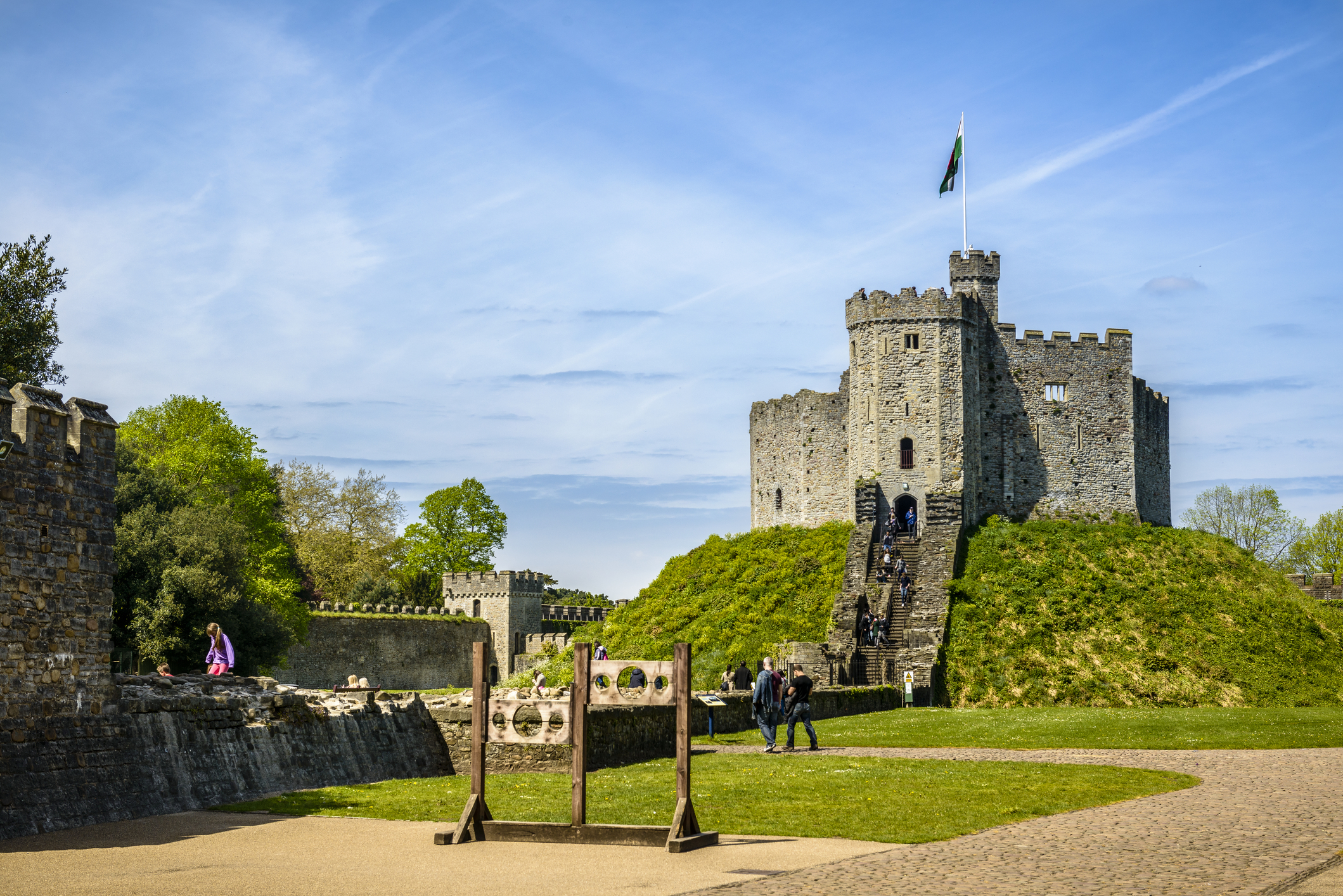 “I hope you like history, because I have 2000 years of it,” the guide said as he commenced a tour of Cardiff Castle (cardiffcastle.com). Indeed, the 11th-century castle, which was gifted to the city after World War II, is a living encyclopedia of Welsh history and architectural marvels. A tour is recommended so you can get a detailed explanation of the Roman ruins, the castle’s large structures, the ornate interior-design details, and the influential families that occupied its quarters over the centuries. Your ticket entitles you to an audio device for a self-guided tour of the castle grounds, including the keep. (You can climb a narrow, winding stairway to the top for sweeping city views). And make sure to visit the long underground tunnels: they served as a bomb shelter during WWII, and today, the stone walls are adorned with wartime-era posters and Churchill’s speeches are piped in on speakers. Also make time for the military museum in the basement of the welcome center, which chronicles three centuries of Welsh military history.

The very first thing to do when you get to the city is not read a guidebook or ask your concierge where to go. Head straight Mermaid Quay, the rejuvenated stretch of Cardiff Bay, for a crash course in the history of the town. The port was one of the biggest in the world at the turn of the 20th century, thanks to the region’s huge coal reserves. Today it’s a destination anchored by the Millennium Arts Centre (wmc.org.uk), a sleek building that hosts opera, symphonies, and theatrical productions, and the Senedd (assemblywales.org/visiting/senedd), home to the National Assembly since it opened in 2004. There's also Pierhead (pierhead.org), the port's old office building that now houses an exhibit about Welsh democracy. Along the water, check out a display that explains the port's role in the city’s economy. Then take a stroll along the waterside paved path to see the church where native son Roald Dahl was christened, as well as an adorable alligator sculpture that pays tribute to the Charlie and the Chocolate Factory author. From there, follow the crescent-shaped course just over two miles, across a short dam, to Penarth, a quaint town with shops, cafés, and casual eateries, or head back to the main area for a tour of the Senedd, coffee in the lobby of the Millennium Centre followed by a show, if you plan it right, and a twirl on the iconic waterside carousel. 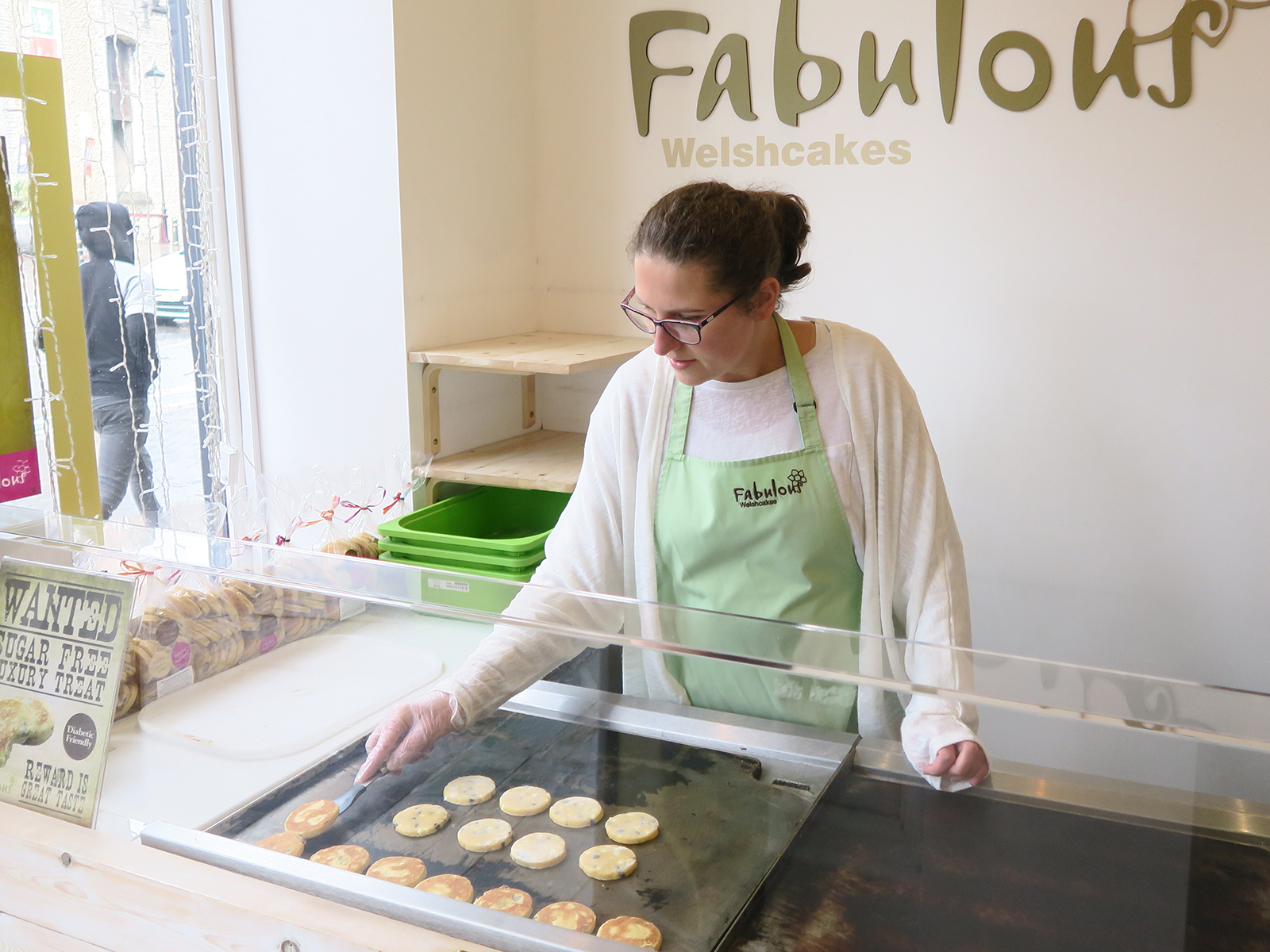 Italy has gelato, France has macaroons, and Tokyo has bubble tea. When it comes to sweets in this coastal capital, it’s all about Welsh cakes, a cross between a biscuit and a cake. You can sample an amazing variety of them around the city. At Fabulous Welsh Cakes (fabulouswelshcakes.co.uk), located in a shopping arcade a stone’s throw from Cardiff Castle, the staff prepares the cakes on a griddle visible through the window. They make over 50 flavors, which rotate regularly. At Victorian-style Pettigrew Tea Rooms (pettigrew-tearooms.com), you can have a more classic experience and order tea with your snack. Vegan options are available at Wild Thing (wildthingcardiff.com), an airy new eatery focused on meat- and dairy-free fare. And at the historic Cardiff Market, watch a small team of bakers in a compact kitchen make many flavors from start to finish, then taste them fresh from the oven. Just don't ask for jam. "You don't need anything on them, luv," the baker will tell you with a smile.

4. Raise a Glass to Beer

Once upon a time, classic British pubs were your only option here. Today, however, craft beer is all the rage, and hip, lively bars serving lots of it are located just a few short blocks away from one another in the compact city center. Beelzebub (craftydevilbrewing.co.uk), which serves made-in-Cardiff Crafty Devil Brewing Company’s ales, is an airy pub with a long mahogany bar and outdoor seating that opened last year as a result of a crowd-funding effort. Get there early if the local rugby team is playing and even earlier if they’re playing at Principality Stadium, the nearby sports arena that’s home to the national rugby union team, as tables fill up fast. And don’t miss Tiny Rebel (tinyrebel.co.uk), a popular late-night haunt adorned with colorful murals. All the beers on tap are made at the brewery, about 13 miles north.

Cardiff is a city of glass-covered arcades, many of which have been standing since Victorian times. There are plenty of familiar shops and souvenir depots occupying the storefronts here, as well as high-end retailers specializing in distinctly British products like tweed and wool clothing. But stay attentive while wandering through the sheltered cobblestone streets, and you’ll be rewarded by an assortment of small shops that capture Cardiff’s indie spirit, including Spillers (spillersrecords.com), which dates back to 1894, making it the oldest record store in the world. The Castle Emporium (thecastleemporium.co.uk) is a spacious old warehouse with a collection of distinctly local businesses, like Head Above the Waves (hatw.co.uk), the retail arm of a nonprofit that raises awareness—and money—to promote mental health in the music industry. The hats, shirts, and other merchandise are emblazoned with positive-reinforcement messages. The Sho Gallery (thesho.co.uk) sells what co-owner Dan Hardstaff describes as “bits and bobs,” like locally made greetings cards, jewelry, and art as well as novelty stationery items and home goods. All the framed artwork is for sale. If you need a skateboard, tattoo, or haircut, you can check that off your list at the Emporium, too. 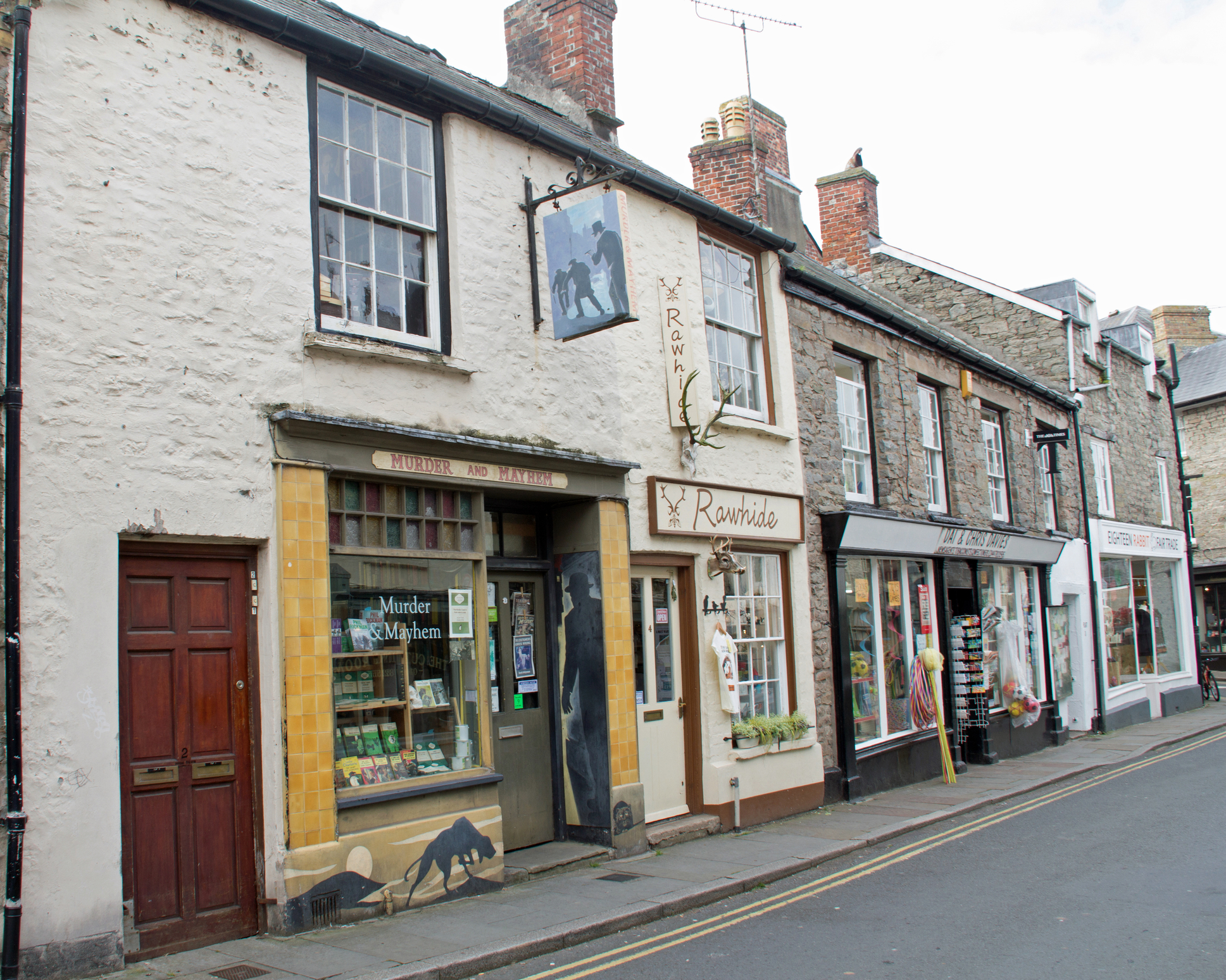 The countryside throughout the United Kingdom is dotted with villages that are typically described as charming and picturesque. Few, arguably, have the wow factor of Hay-on-Wye (hay-on-wye.co.uk), a small hamlet (population 1,500) about 60 miles north of Cardiff known as the Book Capital of the World. Some 250,000 literature fanatics flock here each spring for the Hay Festival of Literature and Arts, described by President Bill Clinton as the "Woodstock of the Mind" when he attended in 2001. The festival offers a packed schedule of talks, readings, and panel discussion with blockbuster writers, but bookworms make the pilgrimage-worthy journey here year-round because of the bookstores—nearly 30 at last count, all of them jam-packed, many of them featuring comfy couches and reading spaces, and most of them selling valuable antique volumes. There are themed shops, like ones that specialize in mystery or music, As well as antique stores, pubs, a market with local food and provisions, and a cheery modern general store called The Old Electric Shop, which sells charming home goods, handmade soaps, locally crafted wool hats and clothing, creative children’s gifts, and even more. 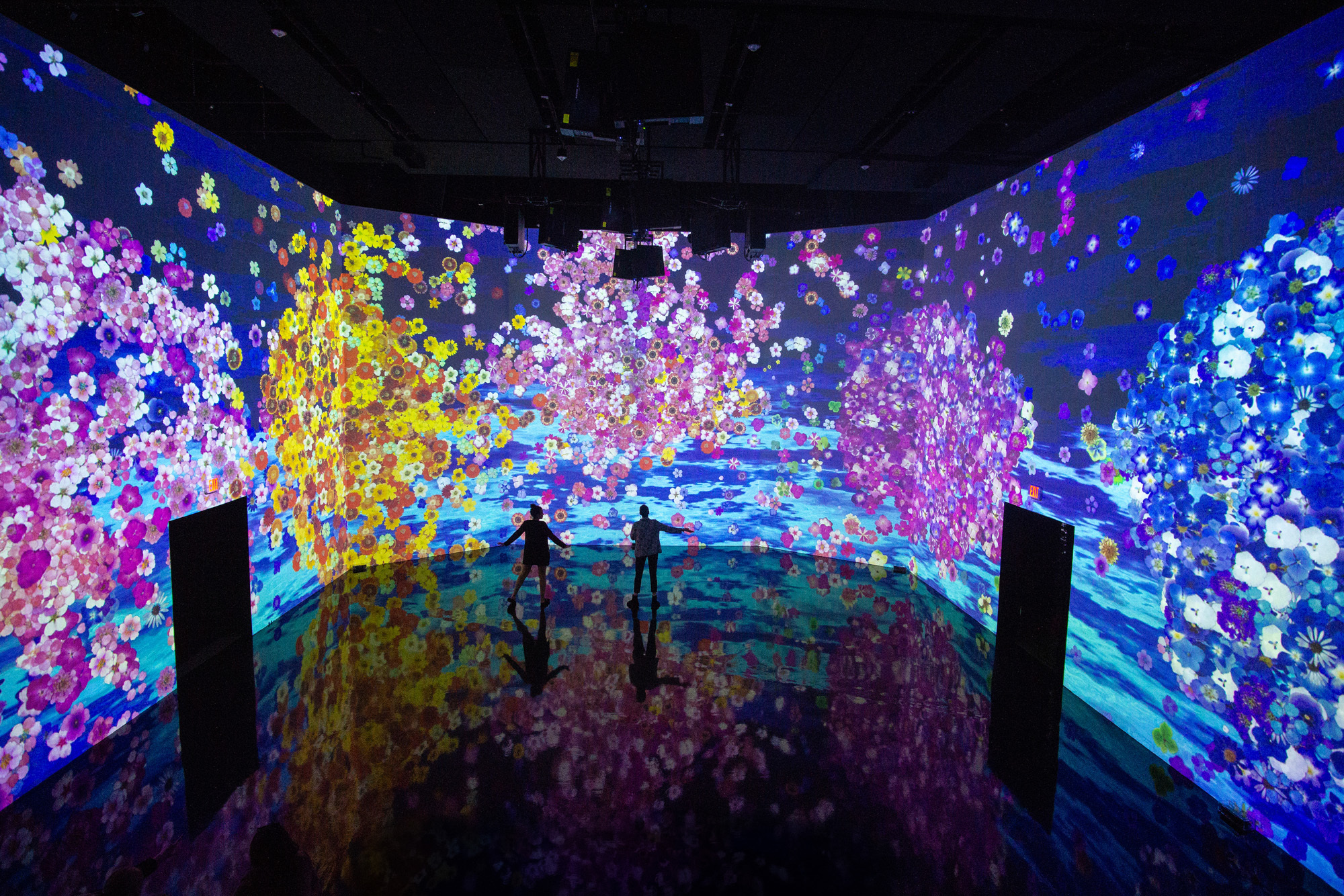 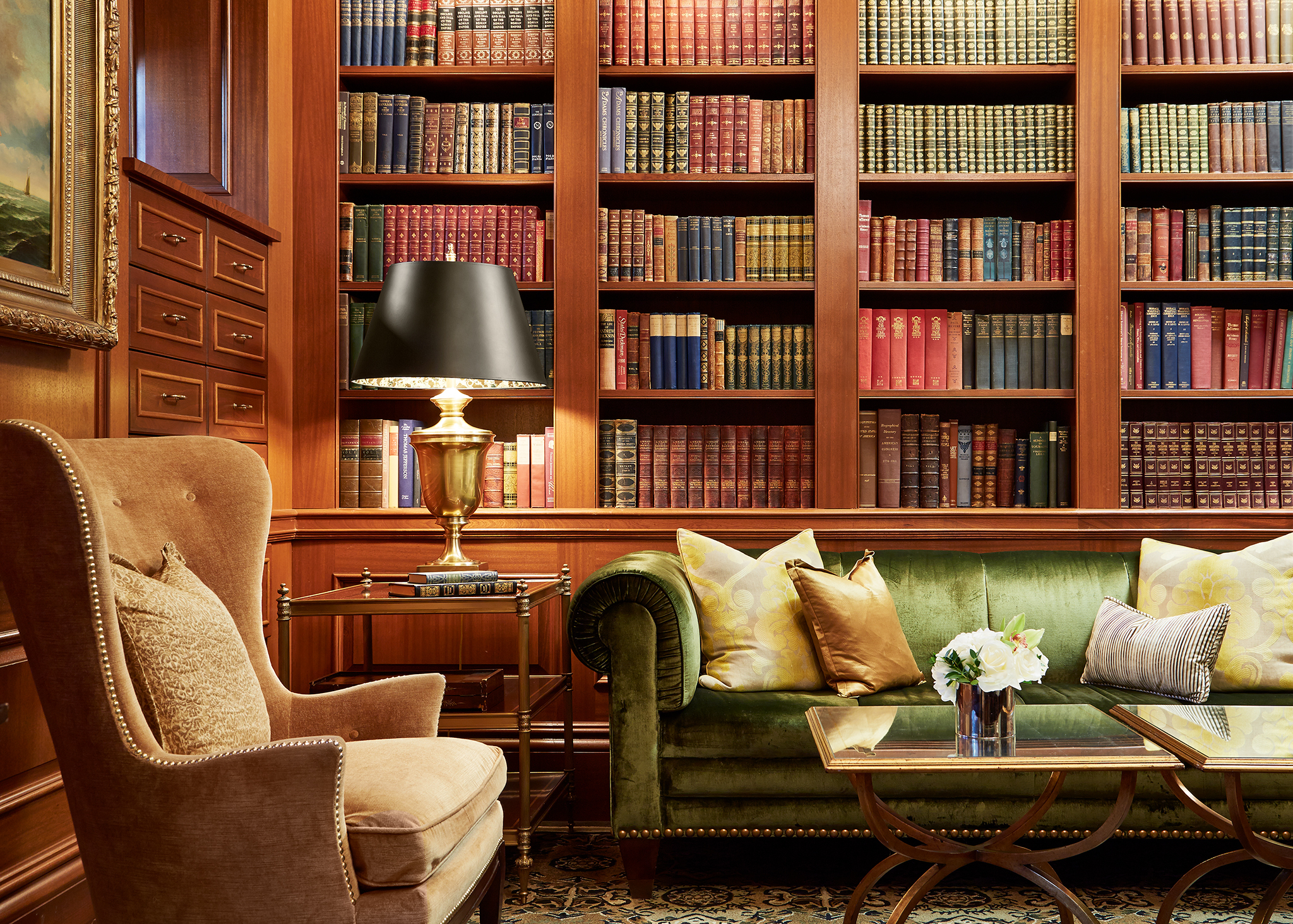 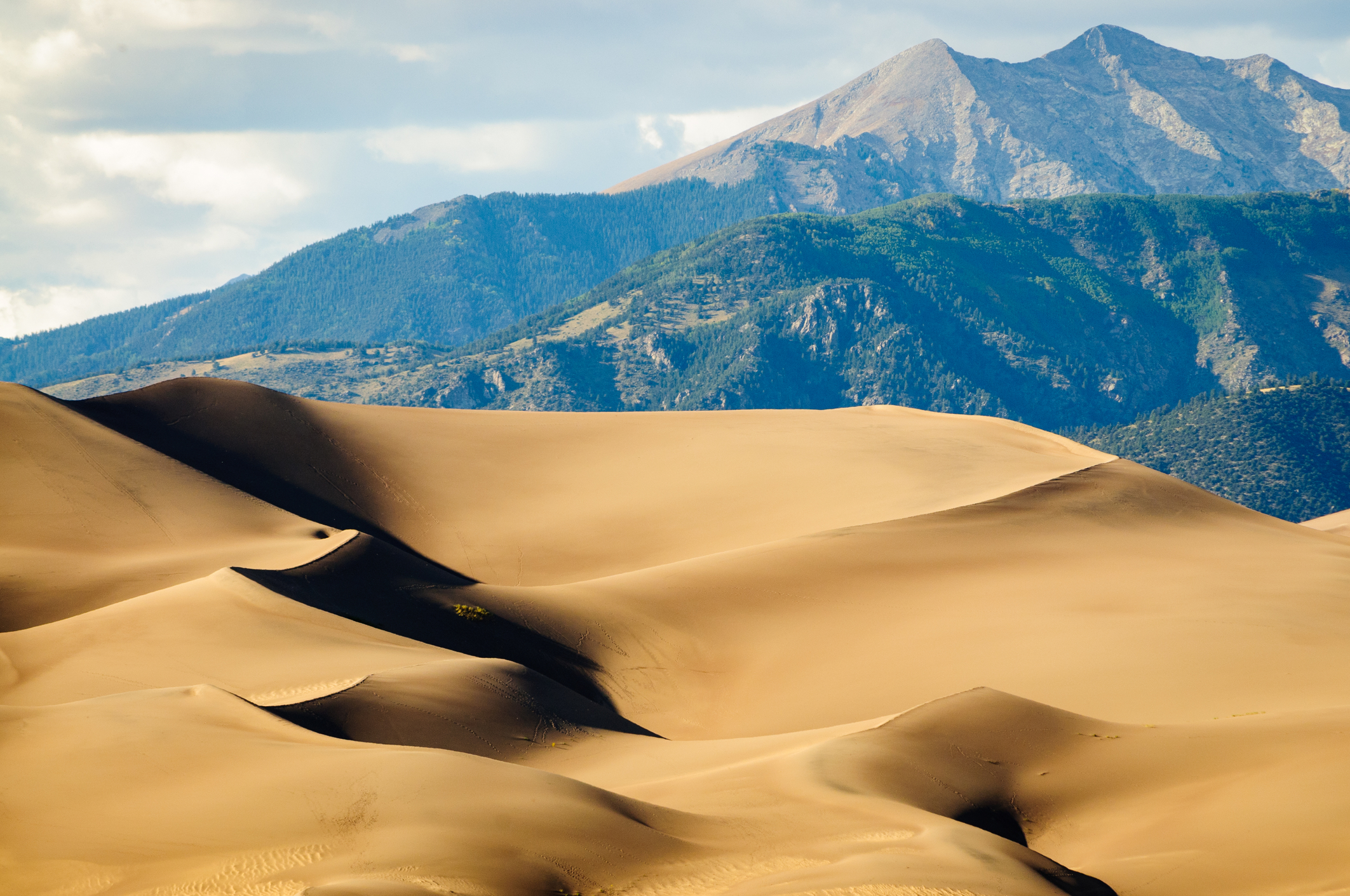 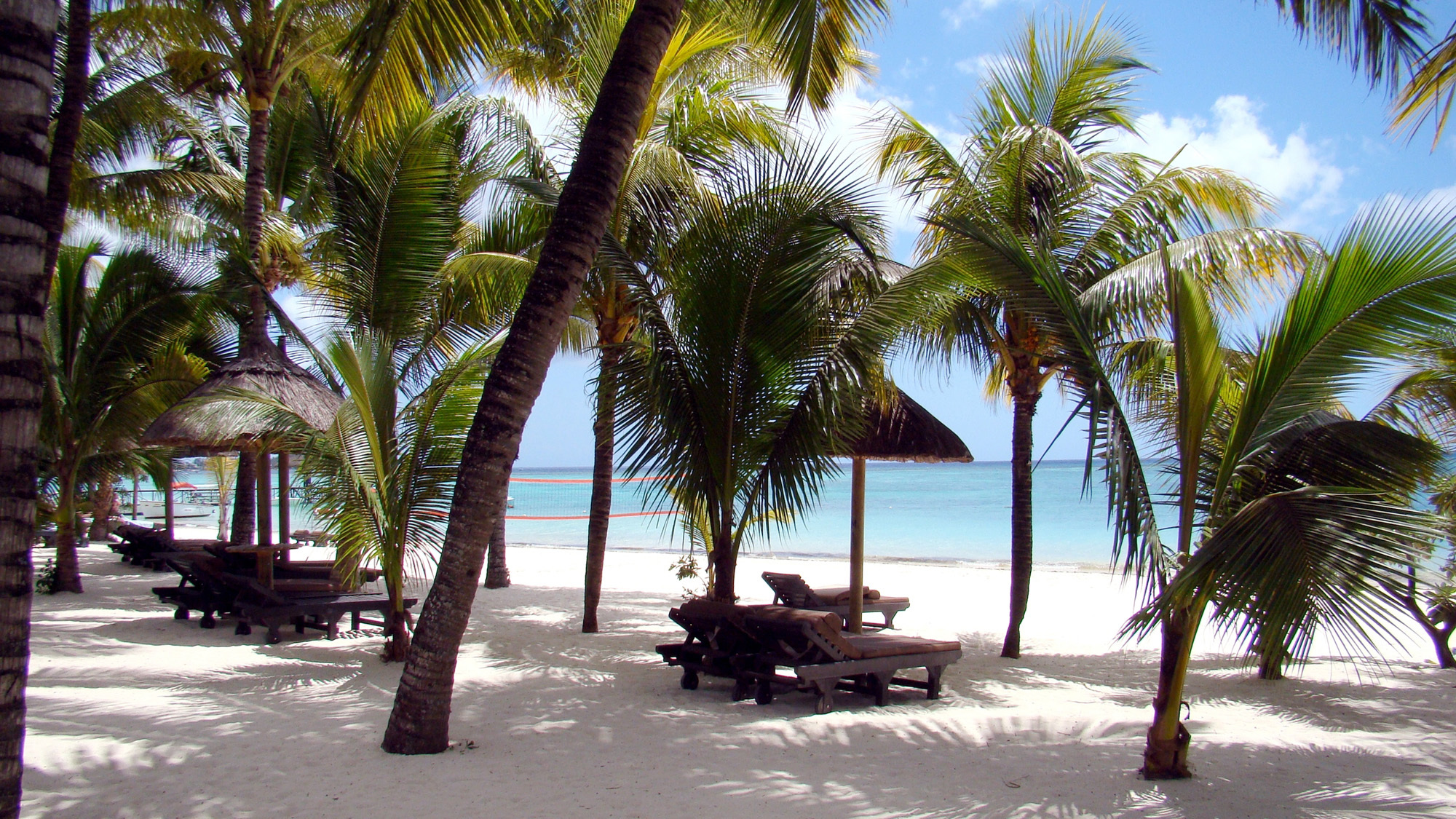