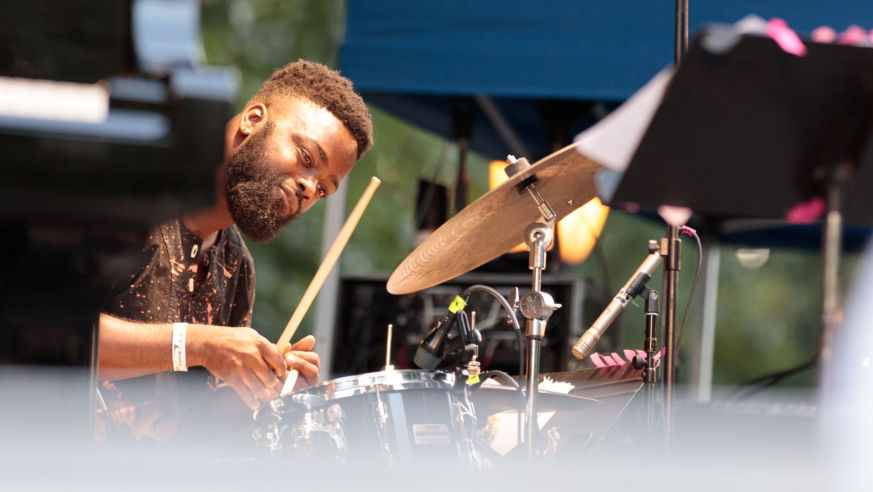 From Central Park to the Outer Boroughs, the Big Apple heats up from June through September with some of the world’s coolest music.

Between the sweltering subway stations and the above-ground heat and humidity, New York can be brutal during the dog days of summer. But for those who choose to stick it out in the city instead of escaping to the Hamptons or the Jersey Shore, there are rewards to be had.

Each year, from early June to late September, an array of artists take to the stage in al fresco venues across the five boroughs –and you can catch most of them for free. Spanning diverse genres (think: everything from opera to afrobeat) and drawing capacity crowds, the city’s outdoor program is one of the summer’s highlights. Mark your calendars: these are the shows you won’t want to miss.

SummerStage in Central Park and Beyond

With almost a hundred performances in 18 parks around town, the City Parks Foundation’s SummerStage is perhaps the best-known fest, and thanks to a newly renovated stage and sound system for 2019, its flagship Central Park venue is ready to rock. For the first time ever, this year’s slate of performers is evenly split along gender lines. It kicked off with pop-soul singer Emily King on June 1 and continues through September 24, when the B-52s close out the season with a ticketed benefit show. In between, New Orleans rapper Big Freedia gets her bounce on, New York post-punk rockers Parquet Courts bring the noise, and the Met Opera recital series packs the house. (The opera has dates in each borough, though, so if you miss it in Manhattan, there are plenty of additional options.)

Other Central Park highlights include jazz singer Corinne Bailey Rae and indie favorites Alvvays, the Courtneys, Japanese Breakfast, and Hatchie, but you can also see the Mountain Goats at East River Park and the Wailers with Junior Julian Marvin at Marcus Garvey Park. And cool cats take note: The Charlie Parker Jazz Festival takes over Marcus Garvey and Tompkins Square in late August.

Free Music in Queens, the Bronx, Staten Island, and Brooklyn

The jewel in Brooklyn’s park system is Prospect Park—just like Central Park, it was designed by Frederick Law Olmsted, and it has the summer schedule to match its rival across the river. Like SummerStage, BRIC Arts Media’s Celebrate Brooklyn offers a mix of paid and free shows, with the one and only Patti LaBelle opening the season, gratis, on June 4. NPR Tiny Desk Concert winners Tank and the Bangas play a few weeks later, followed by a Calexico/Iron & Wine joint ticket; Nilüfer Yanya opens for Broken Social Scene, and Liz Phair headlines with some help from Ted Leo & the Pharmacists. World music star Salif Keita hits the bandshell in July, and for the Latin Alternative Music Conference, a selection of talented artists command the stage: Guatemalan singer-songwriter Gaby Moreno, rock en español stalwarts Enjambre, and Latin indie folkster El David Aguilar.

Rounding out the bill are Americana trio I’m With Her, a dance performance choreographed by French-Algerian maestro Hervé Koubi, a screening of Crouching Tiger, Hidden Dragon as part of the first-ever Lou Reed Tai Chi Day, and classical outfit Alloy Orchestra providing the soundtrack to a 1925 German silent film called Varieté. (Come early to catch Lava, the “feminist acrobatic modern dance troupe” providing the opening entertainment.) And finally, Bogotá-based cumbia stars Bomba Estéreo see out the season in style, bringing the party to wrap things up at summer’s end.