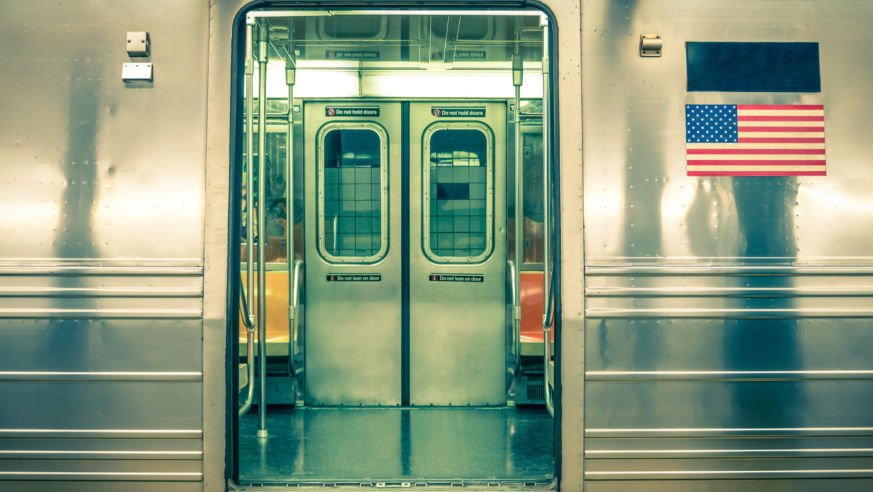 Sure, New Yorkers love to hate the MTA, but may we take a moment to point out what it does right?

Ah, the MTA. With subway stations that beg to be cleaned and bus and train service that often keeps commuters waiting (and increasingly infuriated, as in 2017's "summer of hell"), New York City's Metropolitan Transportation Authority has, of course, earned its bad reputation with New Yorkers, right?

But... From Monday to Friday, more than 8 million of us choose the MTA to commute to our destinations. Perhaps it's the 665 miles of track that allows us to go practically anywhere, or the (relatively) reasonable price of $2.75, but whatever it is, the MTA has remained our number-one travel resource. And while most of us have reason to curse NYC’s public transportation (and if you're reading this while waiting for a delayed train, maybe you're cursing it right now), here are five reasons to appreciate the maligned MTA.

In cities around the world, the midnight chimes signal the end of train service for the day. For the city that never sleeps, that is just unacceptable. Although the MTA’s service can be sparse after midnight, apps like Transit help commuters track the next bus or train, and I can always count on the MTA to get me home (in just about any kind of weather). So, dare I call the MTA “reliable”? Yes, but before New Yorkers raise their pitchforks at me, it is “reliable” in the sense that you can rely on it to get the baseline job done.

2. THE FARE IS REASONABLE

Hear me out on this. NYC taxicabs start at $2.50, with a meter that hikes up unbelievably fast in traffic, and car services like Uber and Lyft are subject to price surges based on demand. The MTA is one of the few sources of transportation that offer unlimited-ride Metrocards, free transfers, and a one-fare subway zone. Cities like Singapore and Hong Kong charge you based on how far you go and transferring from line to line, making the MTA’s $2.75 price a pretty good deal. The MTA also rewards your spending: If you put $5.50 or more on your card, you get a 5 percent bonus, essentially earning free rides over time.

3. THE SYSTEM IS IMPROVING (REALLY!)

Those fares go to good use. Free Wi-Fi, countdown clocks, and new and improved trains have made a positive impact on the commuting experience. By adding foldable chairs and removing tail-end seats on some trains, the MTA has made room for additional passengers. In addition, the MTA is considering installing platform doors, which would follow the lead of public transportation in some European and Asian countries, limiting train track litter and delays caused by passengers. The MTA will test this out during the (dreaded) L train shutdown in 2019.

4. THE SUBWAY IS A CITY INSIDE A CITY

First, the people. We’ve all witnessed it: The red-carpet-ready riders, the hipsters, the business folks, and the rest of us ol’ regulars all ride together in the same subway car. From the far ends of four of the city’s five boroughs, we join together, at least for a few minutes, to ride the MTA. The result? A mini melting pot that is relatively rare in many cities around the U.S. and the world.

5. THERE’S A LOT OF GOOD THINGS TO SEE

If you’re on a train that runs aboveground or on a bus, getting a view of the NYC skyline and iconic landmarks can be a much-needed reminder of why you’re putting up with all the other stuff. And for those of us who take the underground trains, the artwork that adorns some subway stations provides a taste of NYC culture, often carefully curated to suit the neighborhood and institutions served by that station. The classic West 81st station at the American Museum of Natural History welcomes visitors with playful mosaics that include dinosaurs and other fossils, while the new 2nd Avenue subway line's stations offer a series of portraits by Chuck Close to entertain passersby (nycgo.com).